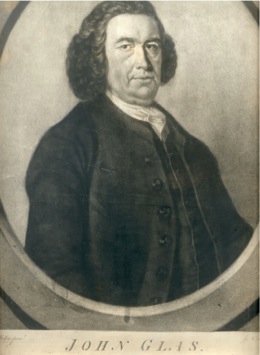 Table Of Contents
The Contributions of John Glas
The Glasite Church in Dundee, Scotland
John Glas Locket
The Location & Photos Of Gravesite

The Contributions Of John Glas

John Glas was born October 5, 1695 in Auchtermuchty, Fife, Scotland. His father was a parish minister of the Church of Scotland. John was educated at Kinclaven and Perth Grammar School. He graduated from the University of St. Andrews in 1713. He was licensed to preach by the Dunkeld presbytery, and was ordained to preach at Dundee in Tealing parish in 1719.

In 1725 he began a society of nearly one hundred people for the purpose of following the Scriptures, and commitment to brotherly love, and mutual encouragement. 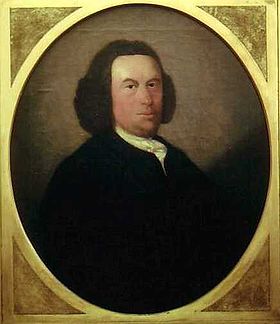 In 1727 Glas wrote Against State Churches & Intervention Of Civil Authorities In Church Matters. In it he set out the beliefs that the New Testament taught against the idea a National Church. He also highlighted that a city magistrate had no divine right to authority in religious/church matters. He reasoned that National Covenants were without Scriptural authority. He also taught that true Reformation could not be carried out through military force, but by spiritual weaponry found in the Word of God.

In 1729 he further ironed out his understandings of the Scriptures in The Testimony of the King of Martyrs. Throughout this period he endured several trials conducted by the church.
By 1730 John Glas was removed from position of leadership by the Presbyterian church. This led to the first Glasite church that met for a time in Edinburgh. Then for a time, he planted a Glasite church in Perth. The last years of his life were in Dundee, where another Glasite church was planted.

The church was founded upon the belief that they could reenact first century order in Christianity. They denied the tenets of Calvinism as being inconsistent with the Scriptures. They partook of the Lord's Supper, initially monthly, but later partook it each Sunday, not like the quarterly partaking of the Church of Scotland. They observed love feasts, held foot-washings, encouraged men in the church toward mutual exhortations, and would cast lots in their decision making.

One young man whom John Glas influenced was Robert Sandeman (1718-1771), the father of congregationalism in America. Sandeman was born and grew up in Perth while Glas lived there. In 1737, he married Glas' daughter Catherine. By 26 he became the elder of the Glasite church in Perth. Sandeman was catapulted to national and international acclaim through his writing Letters on Theron And Aspasio (1757). This work was a counter to a book written by James Hervey in 1755, called Theron And Aspasio. Hervey's volume was an apologetic for the principles of Calvinism. Sandeman's work was in response to Hervey's work. It proved to be one of the most powerful works to expose the false teachings of Calvinism. Robert Sandeman responded to an invitation from America to come and teach the Congregational views in 1763. He died at Danbury, Connecticut in 1771.

John Glas married the eldest daughter of a Perth minister in 1721. Her name was Catherine Black. Together they had fifteen children, all of who preceded him in death, as did his wife in 1749, due to tuberculosis. He died 24 years later, November 1773, in Dundee, and is buried in the Howff Cemetery in Dundee, just down the road from the old Glasite church.

Directions To The Dundee Glasite Church

The Glasite church building is over two centuries old, but still in good standing. Located on the grounds of the Church of Scotland in Dundee, the address is #2 King Street, Dundee. See GPS below for specific location. 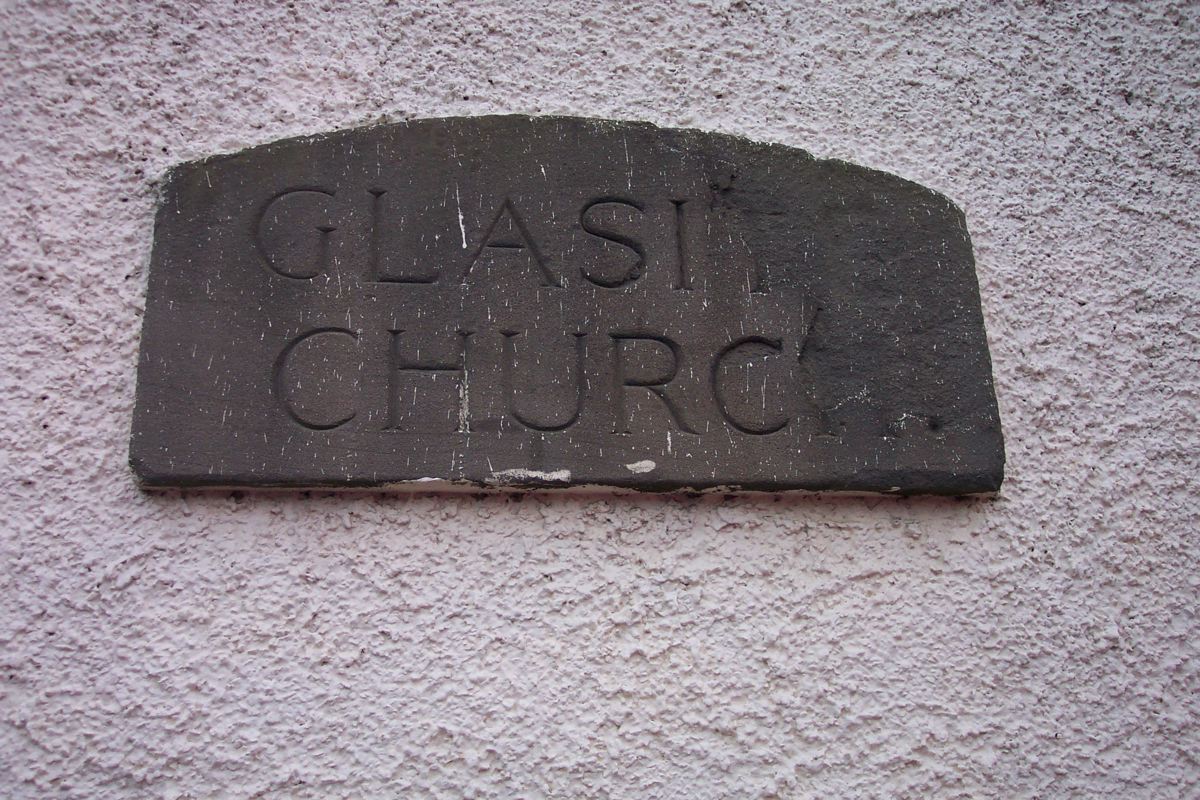 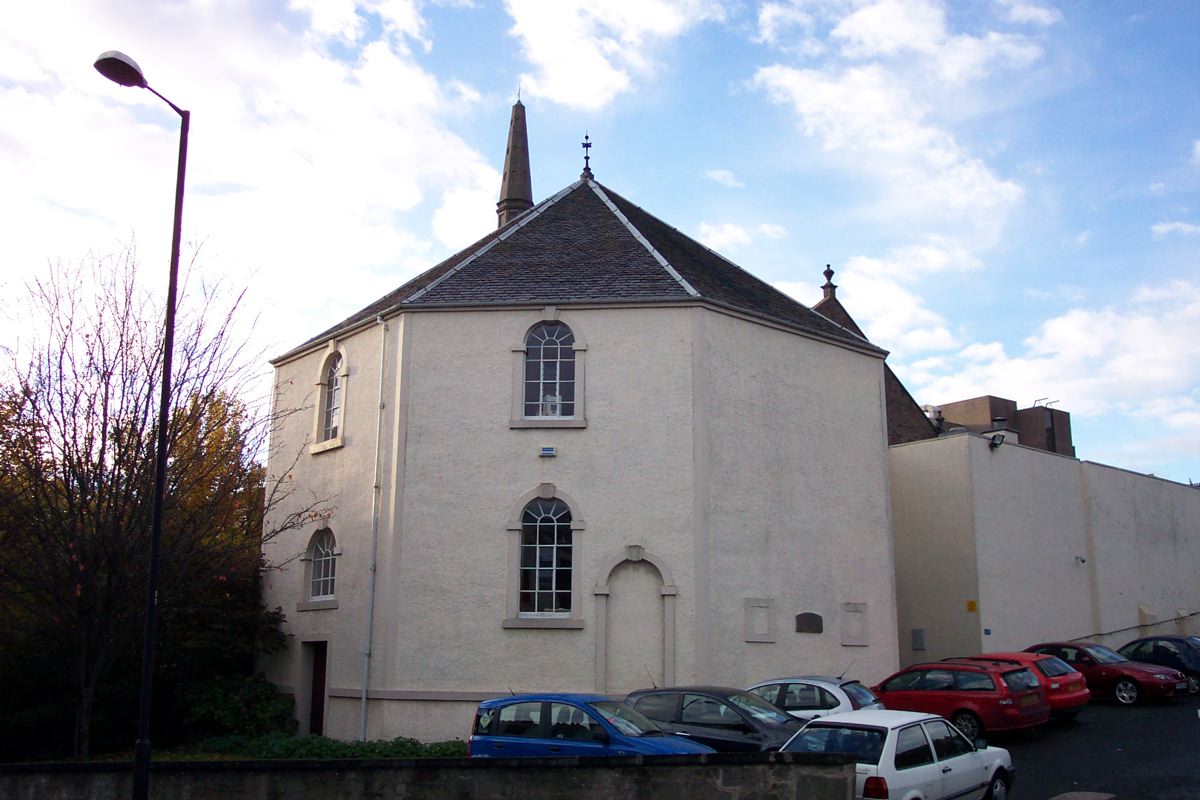 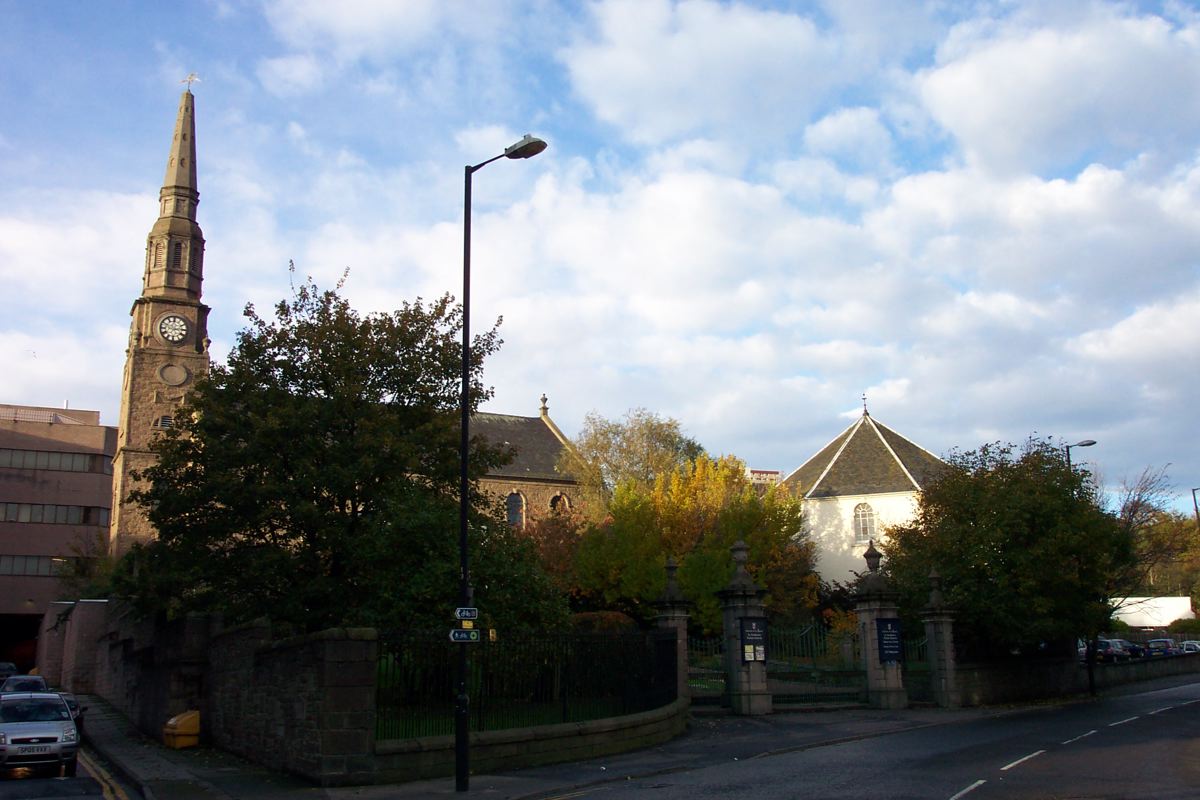 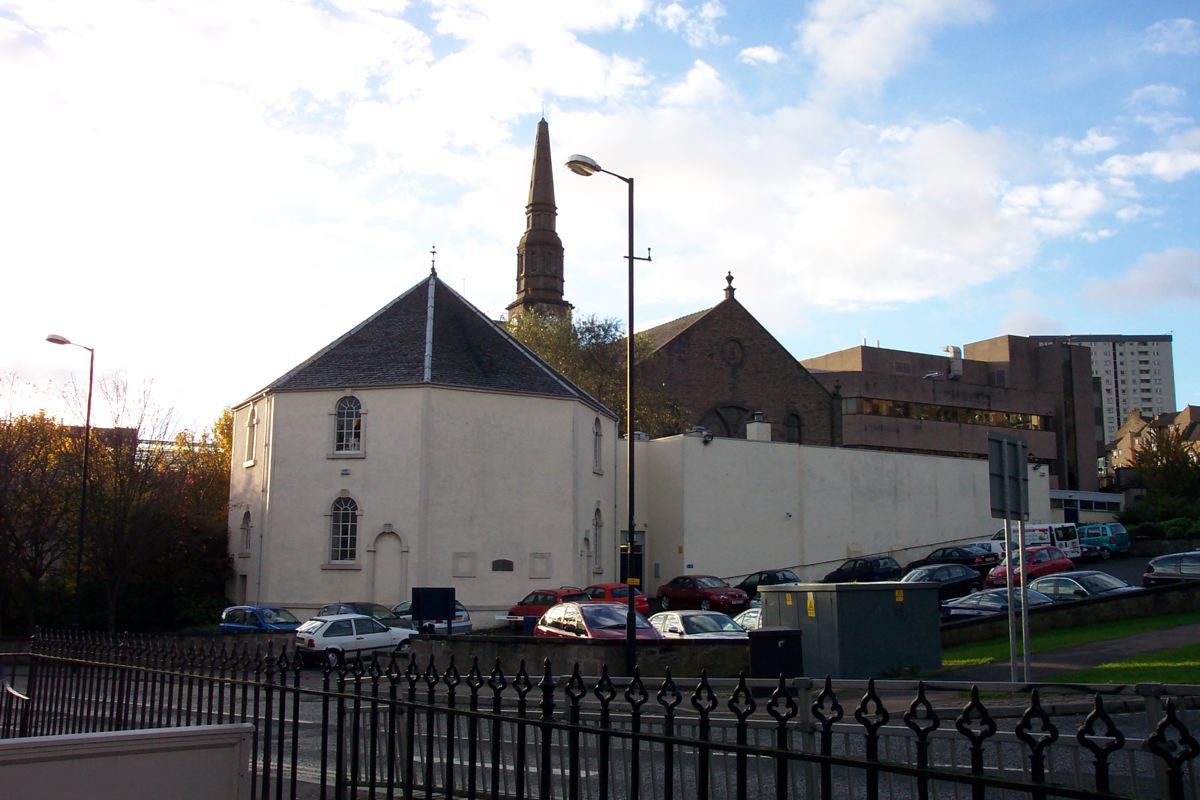 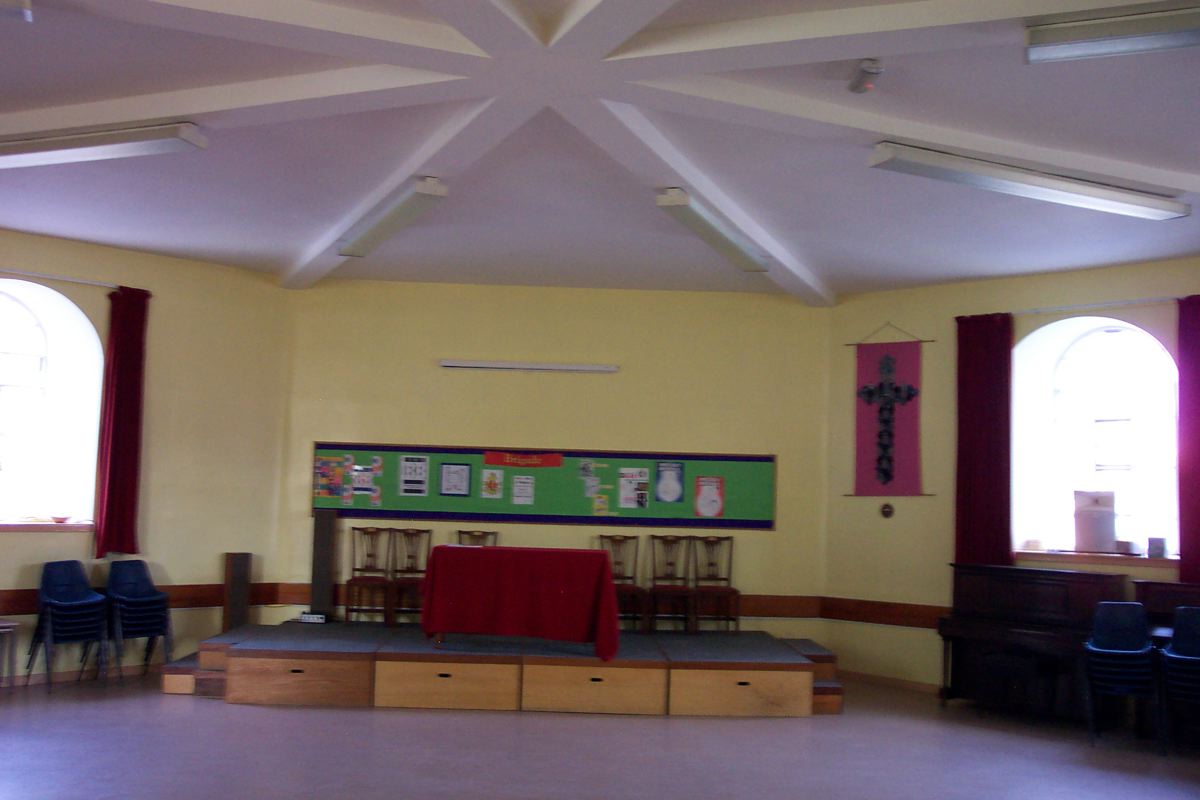 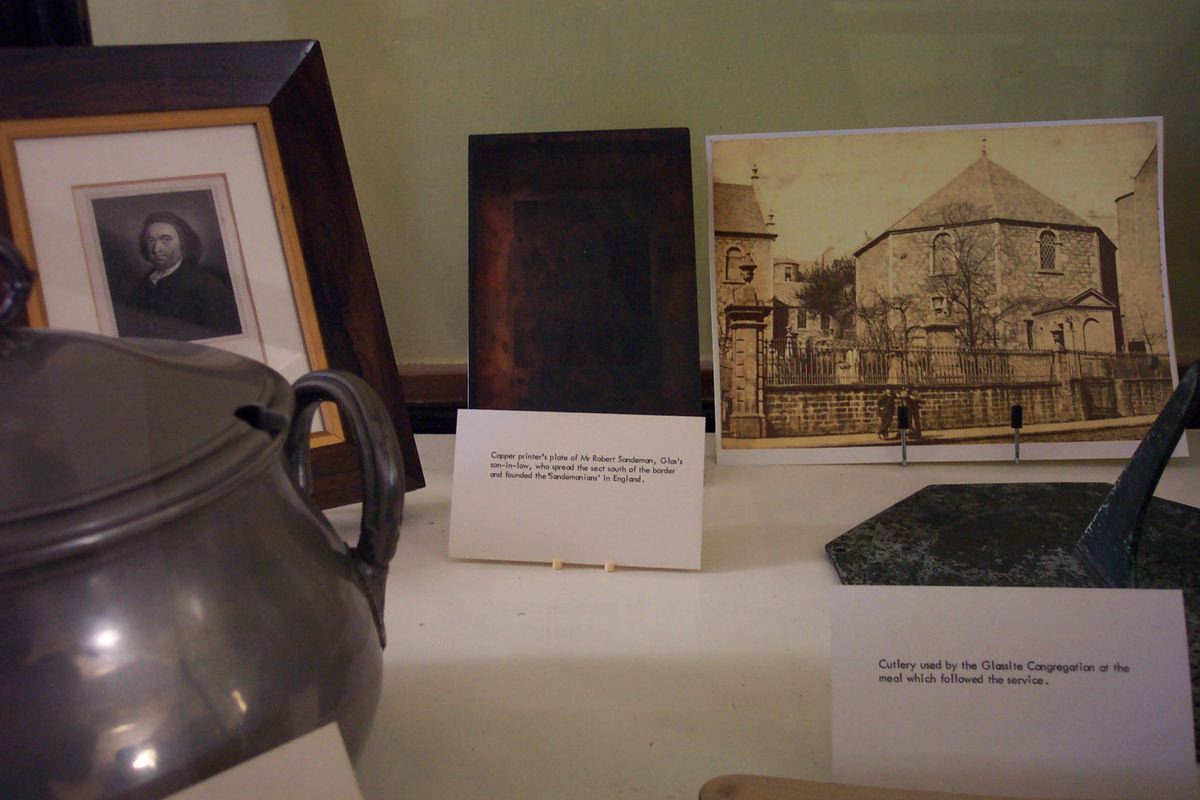 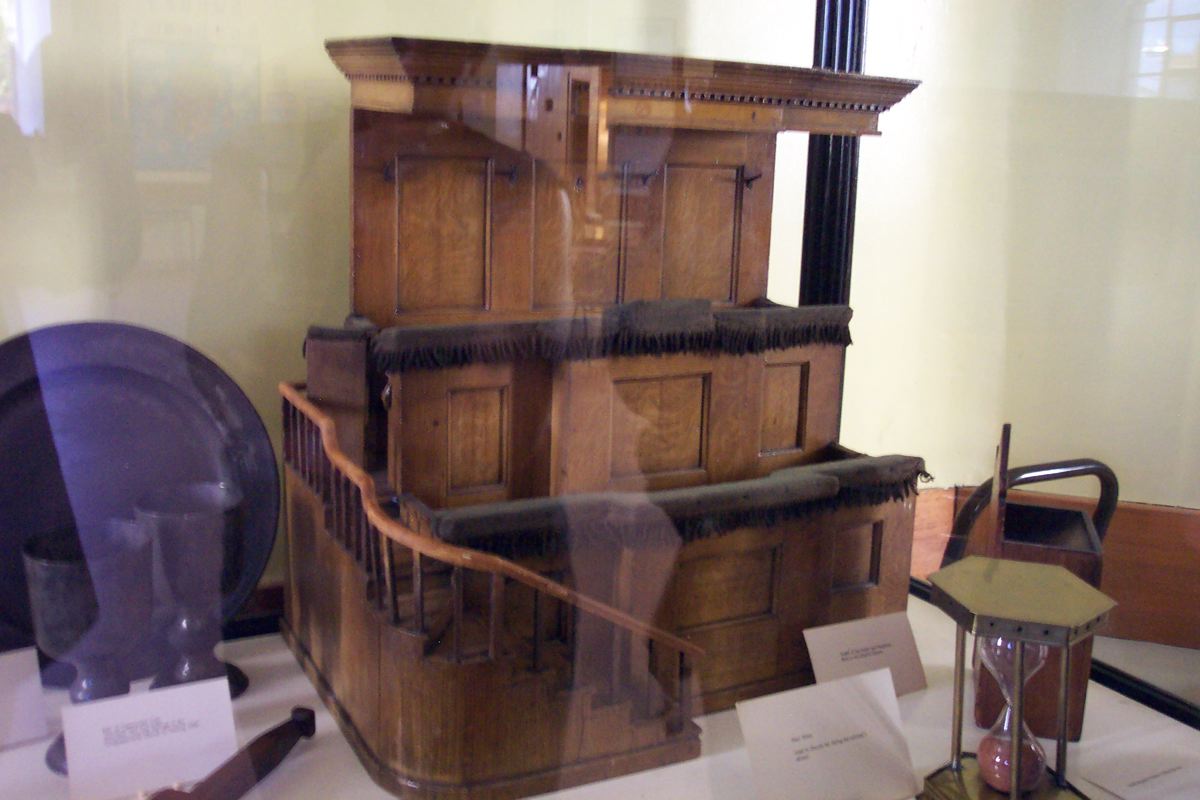 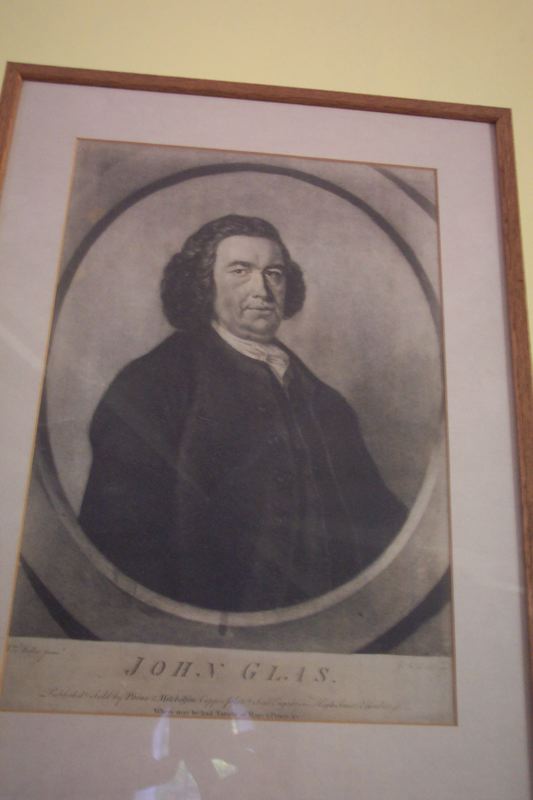 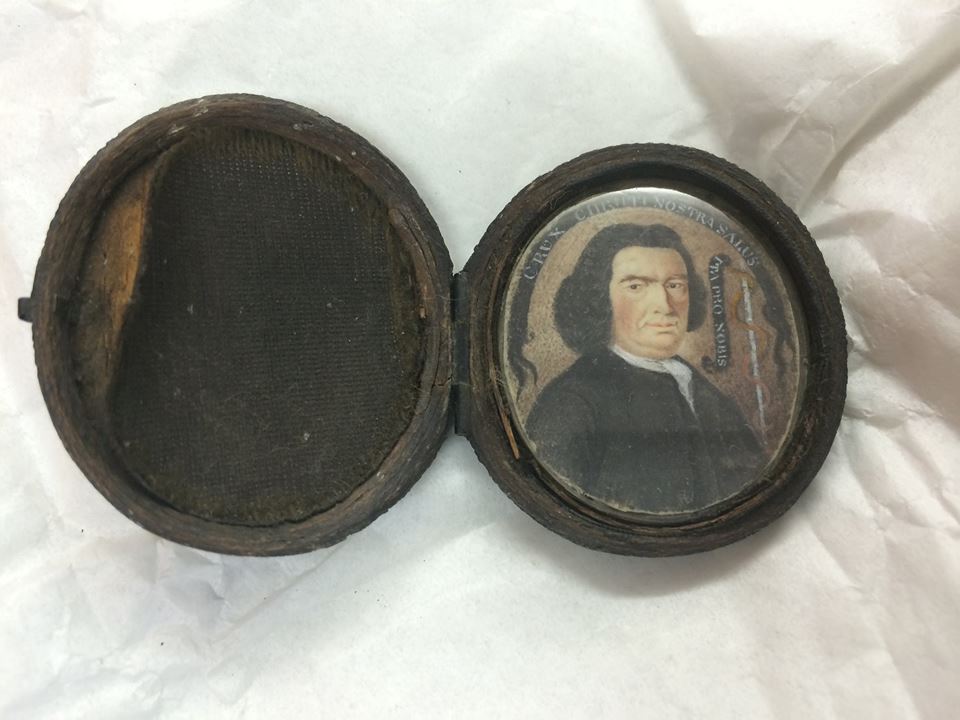 Special thanks to Joshua Jeffery for contributing this photo. He visited the University of Dundee, Scotland in May, 2014
This is the interior of a locket, which holds a picture of John Glas. As iconoclastic as Glas was, the archival staff and I were quite surprised to find it.The inscription is in Latin. Coming from Glas' mouth, "Ita Pro Nobis," meaning "So for us." Above his head, "Crux Christi Nostra Salus," meaning "The cross of Christ is our salvation."

Directions To The Grave of John Glas

John Glas is buried in the Old Howff Cemetery in Dundee, Scotland. See map and GPS coordinates below for travel information 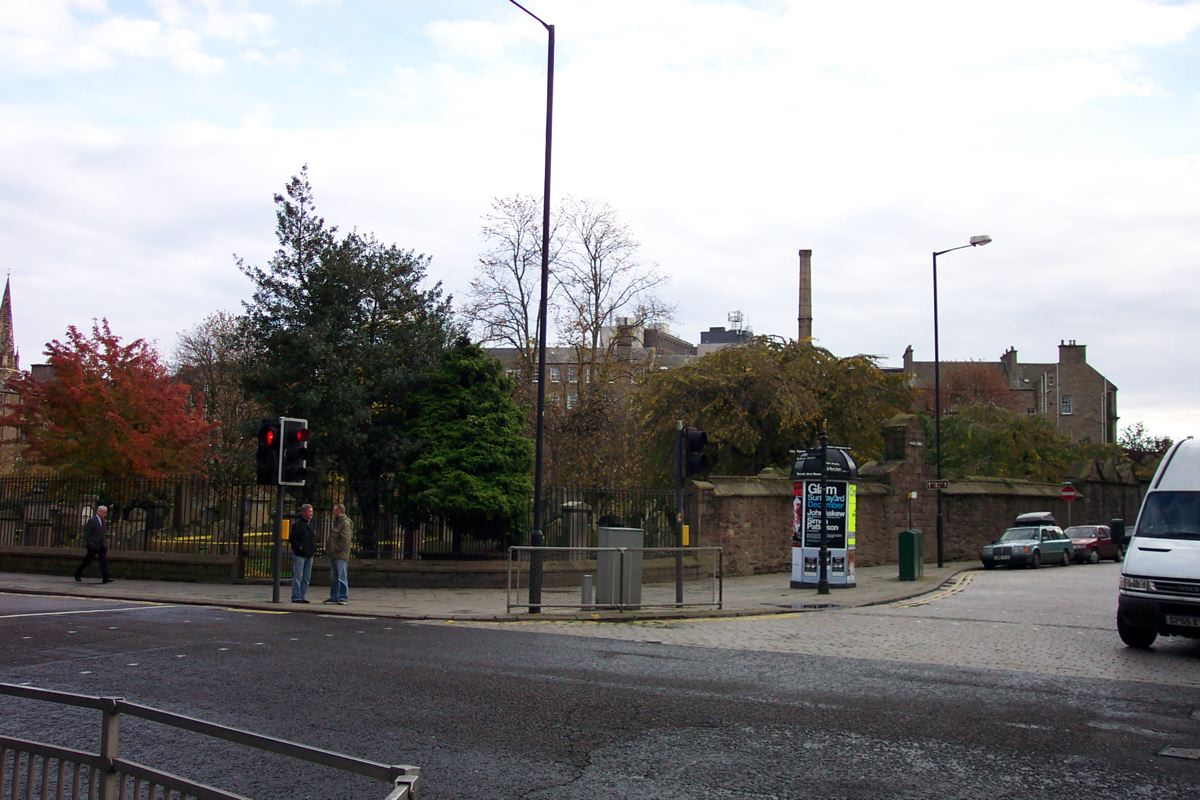 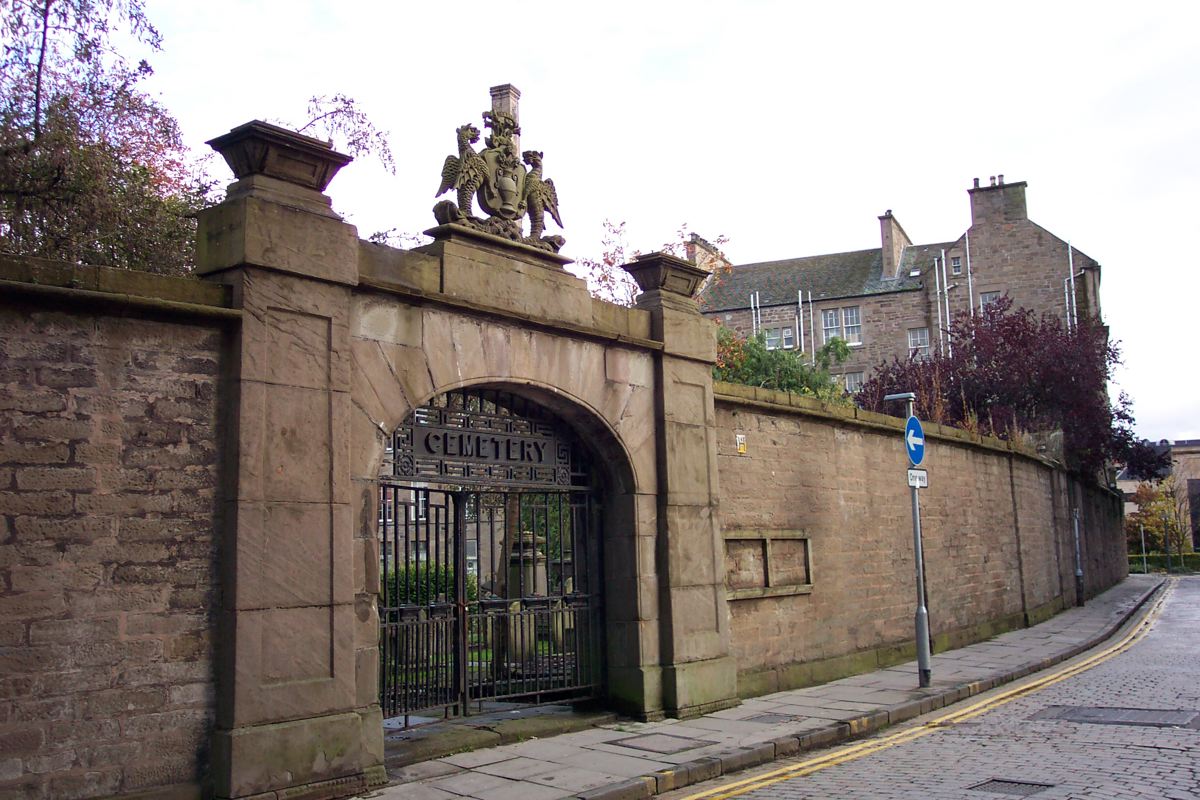 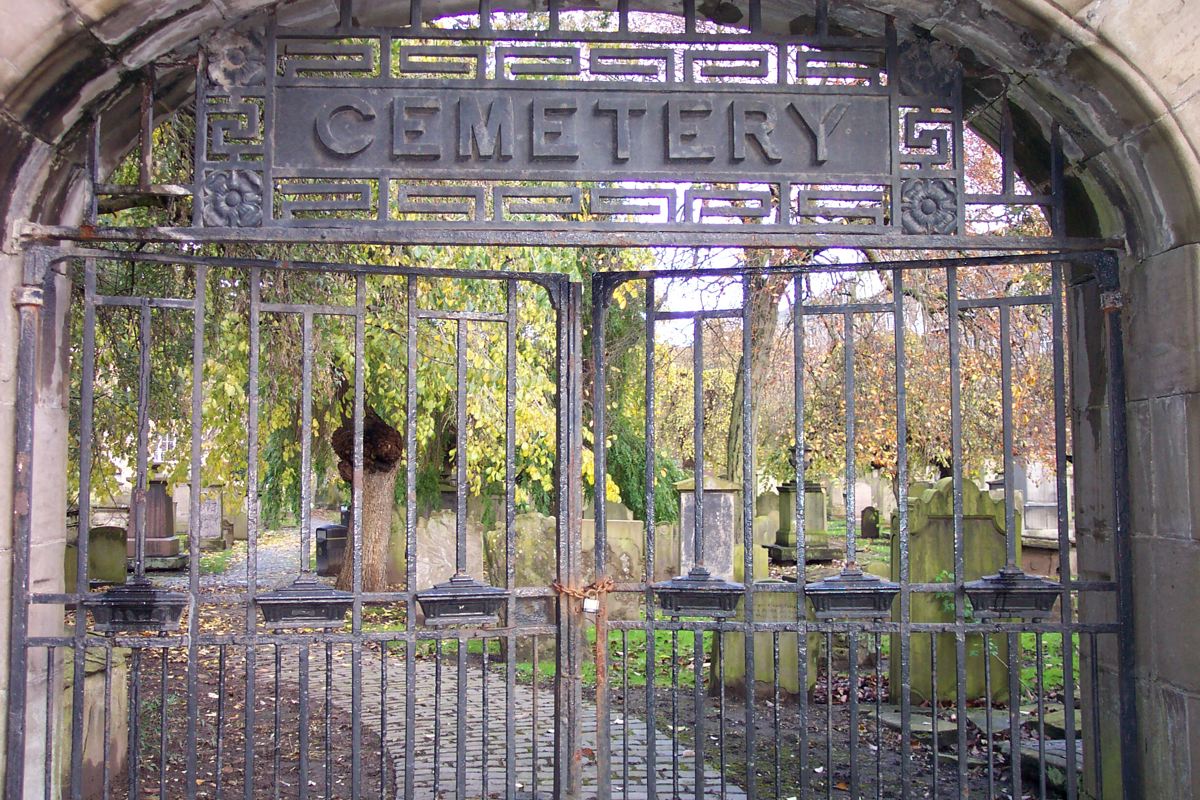 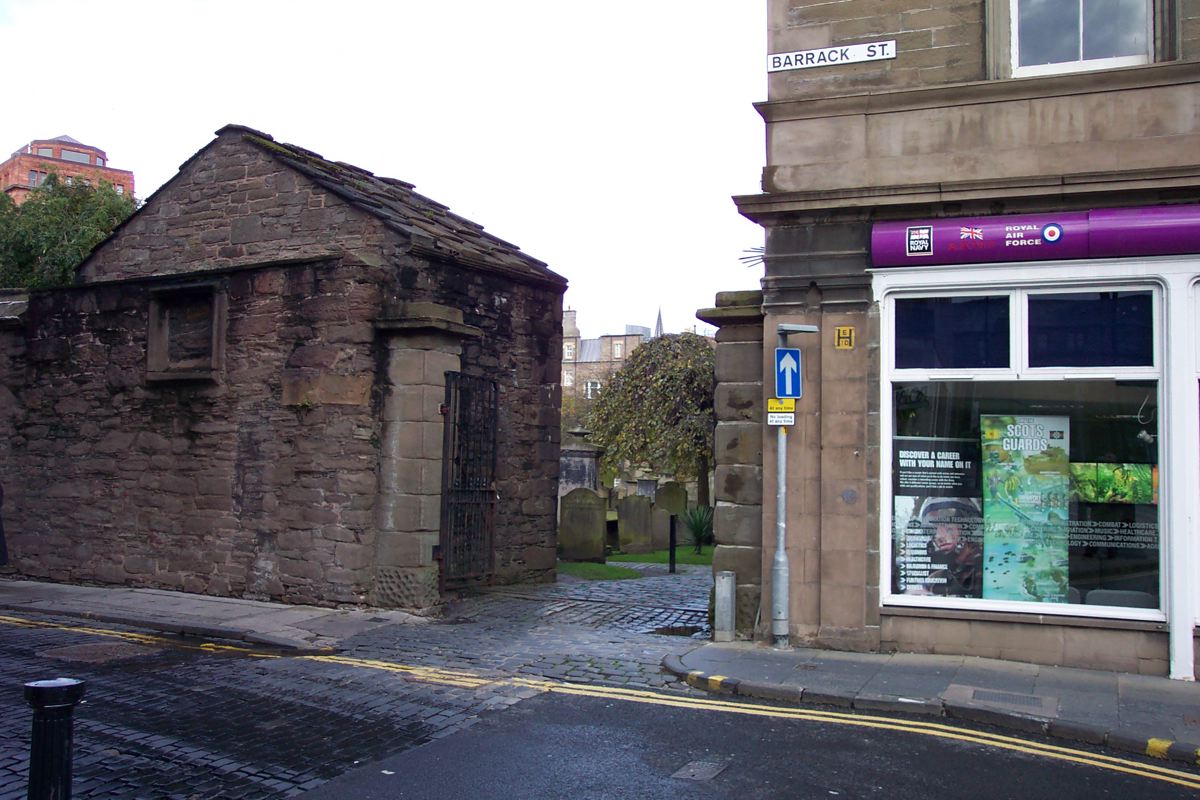 Entrance to The Howff Cemetery from Barrack Street 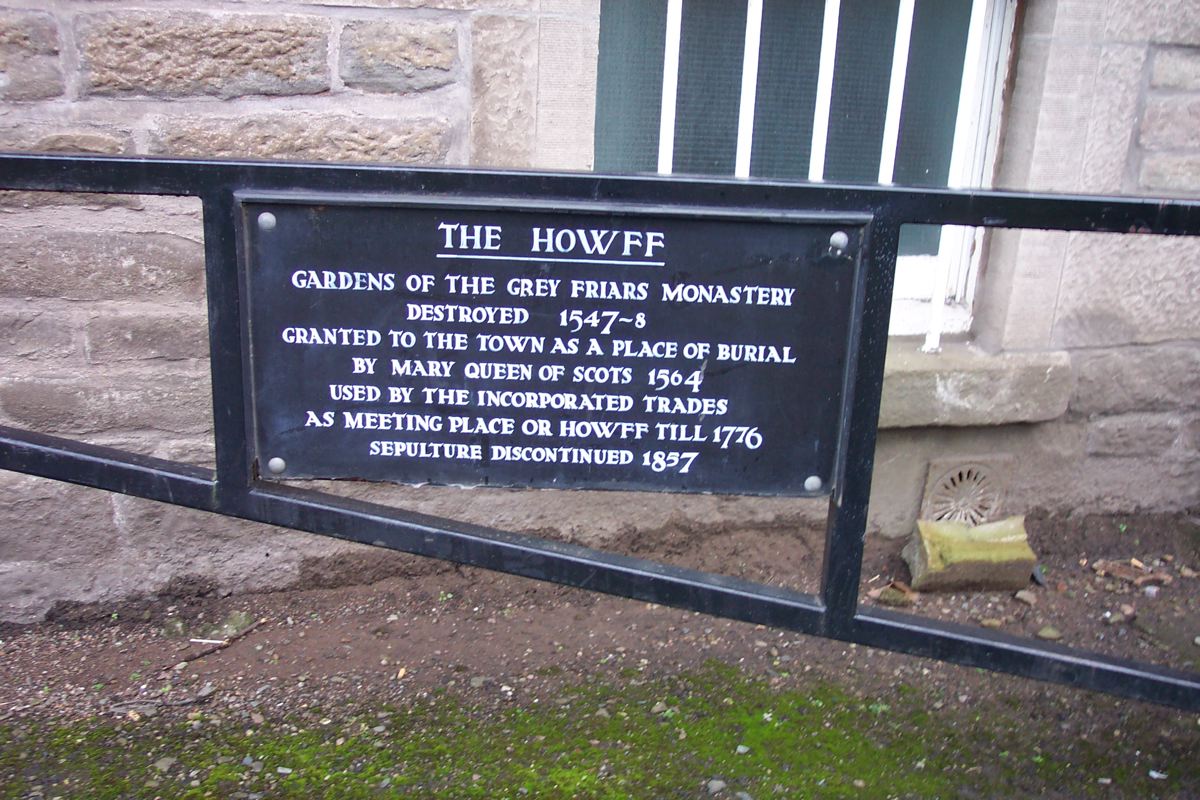 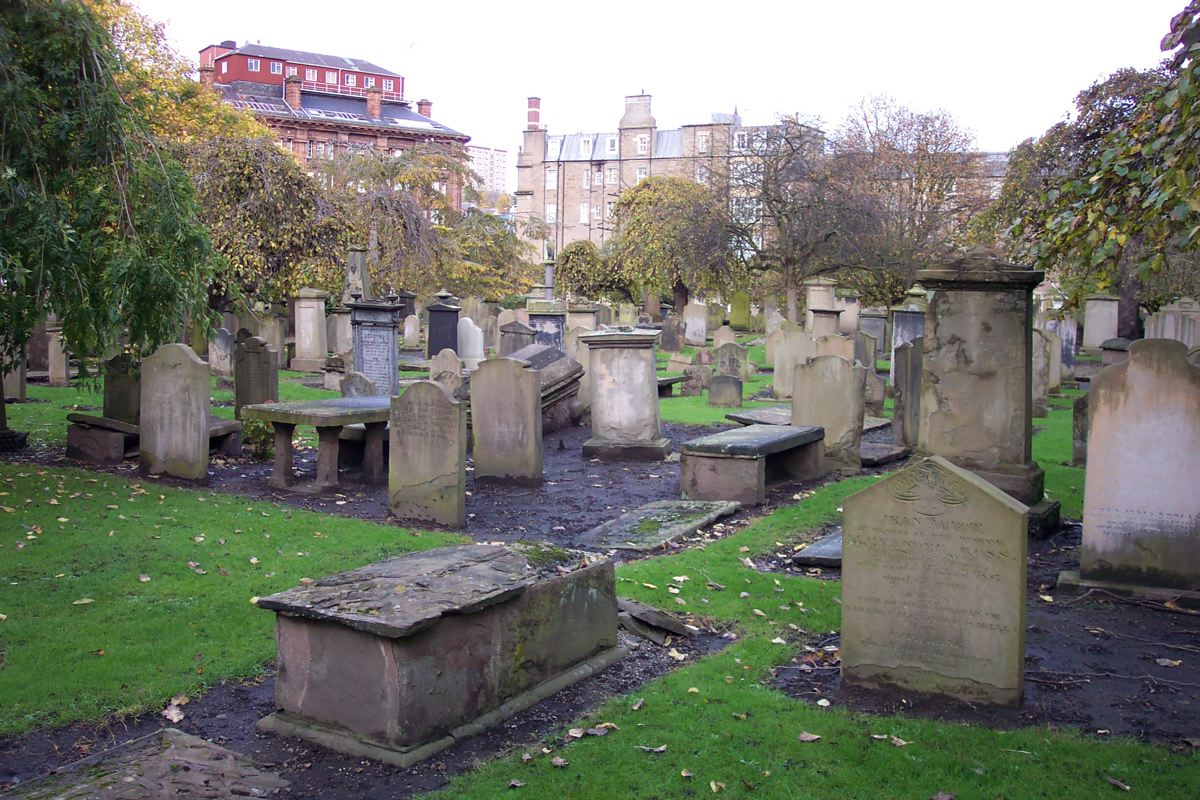 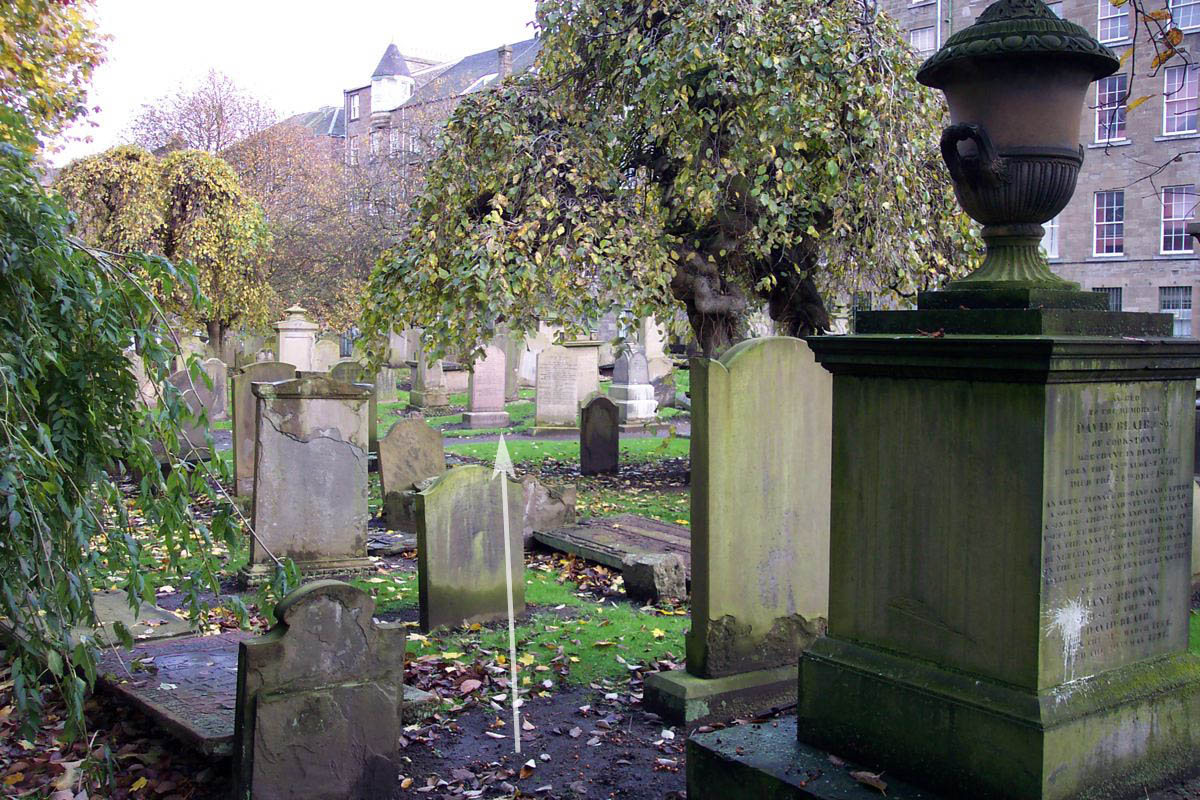 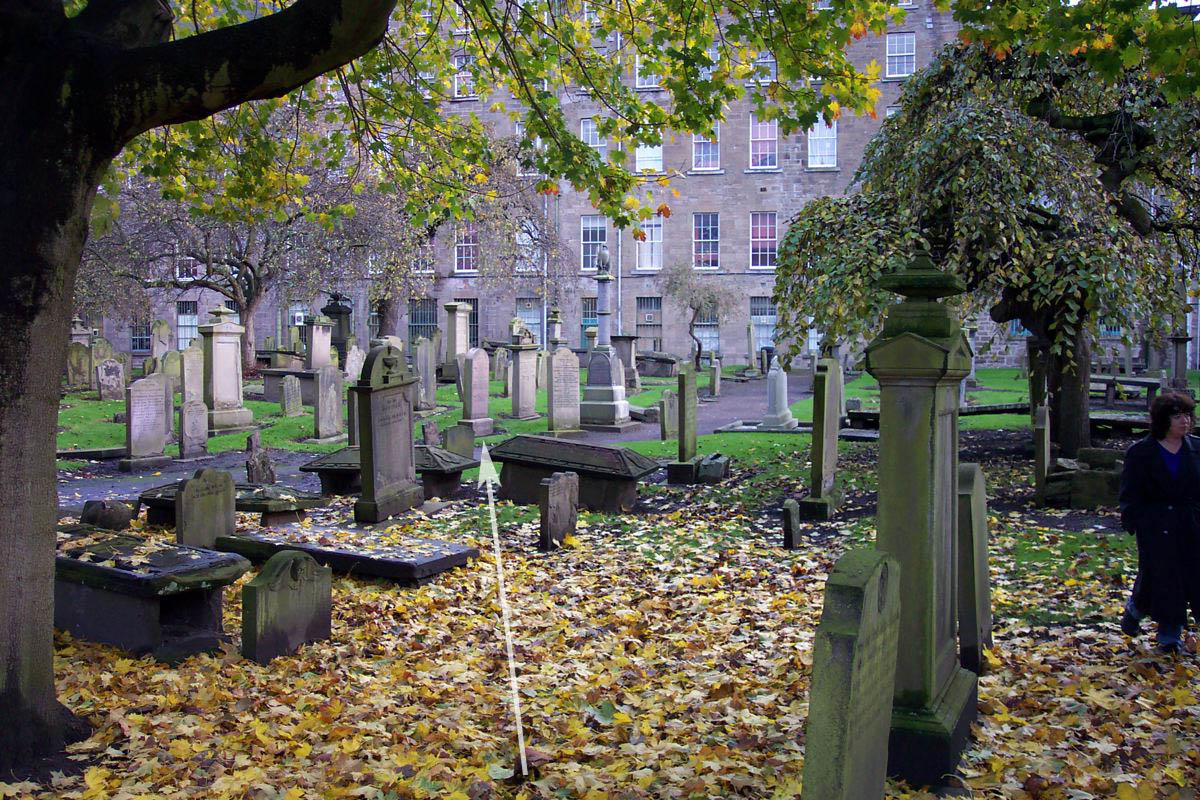 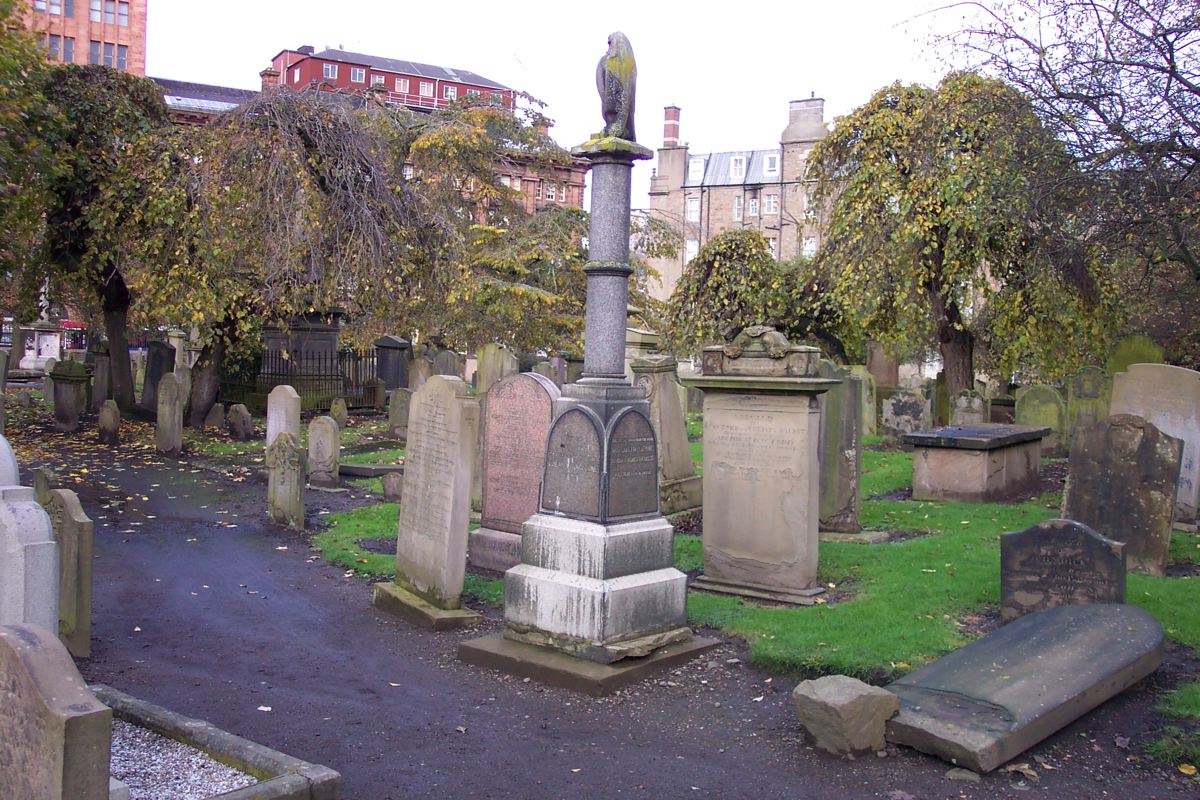 Nine of John Glas' children are buried around the grave of he and wife, Catherine 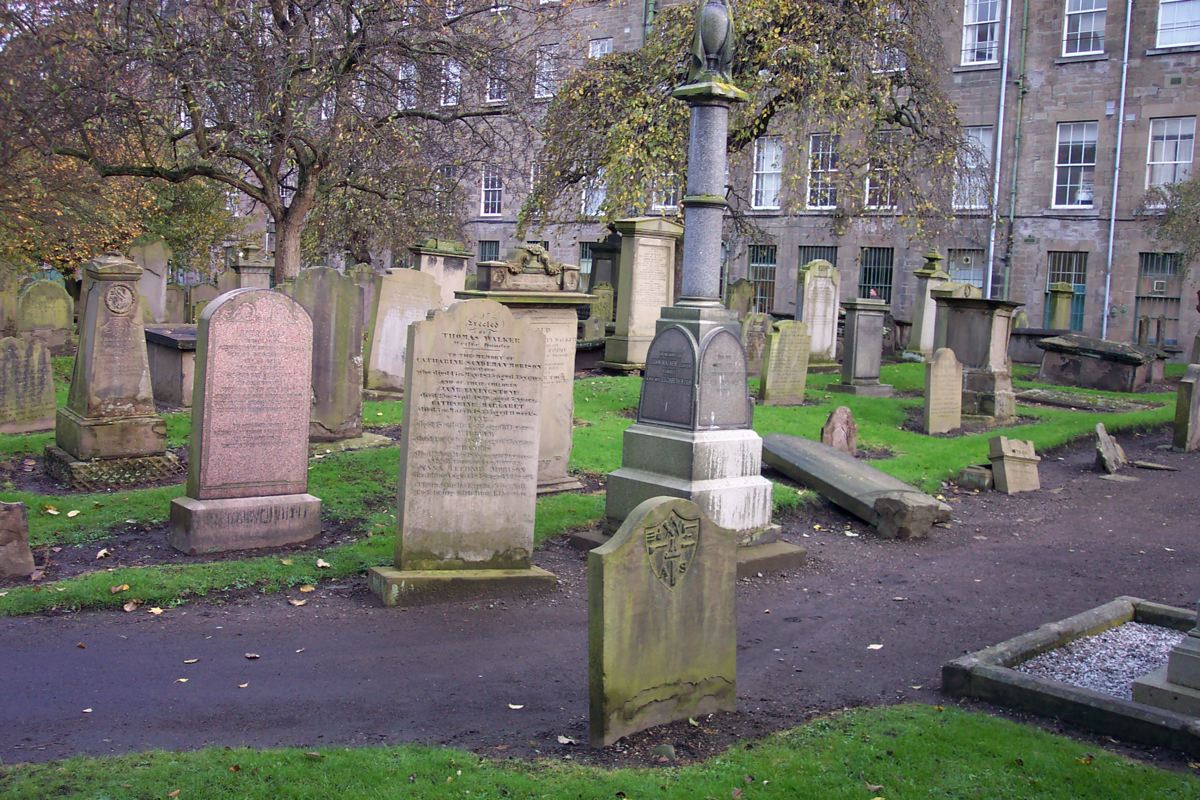 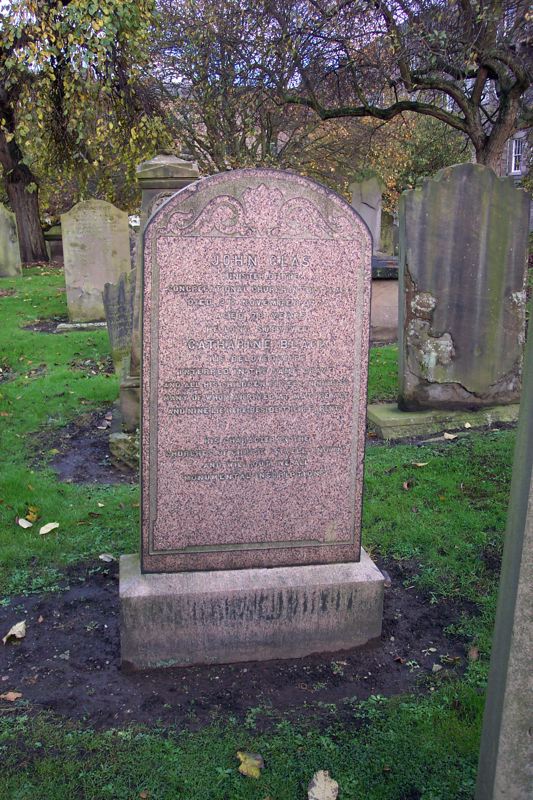 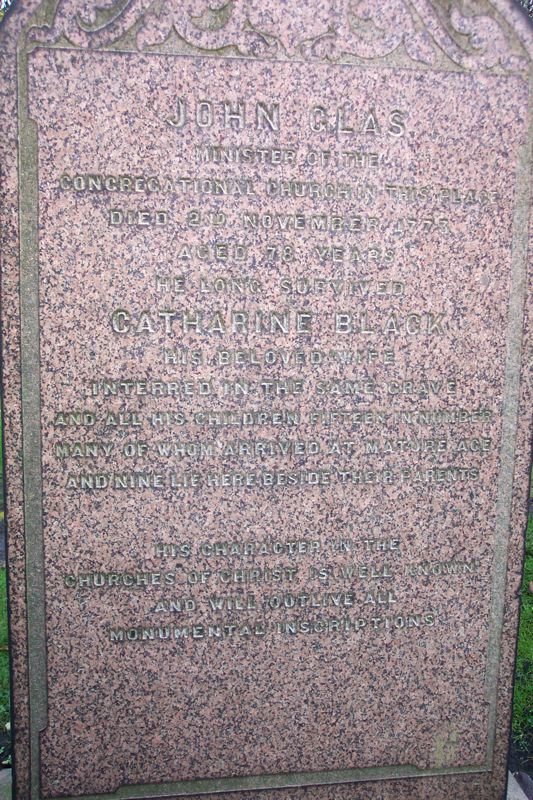 John Glas
Minister of the
Congregational Church in this Pace
Died 2nd, November 1773
Ages 78 Years
He long Survived
Catherine Black
His Beloved Wife
Interred in the same grave
and all his children, fifteen in number
many of whom arrived at mature age
and nine like here beside their parents 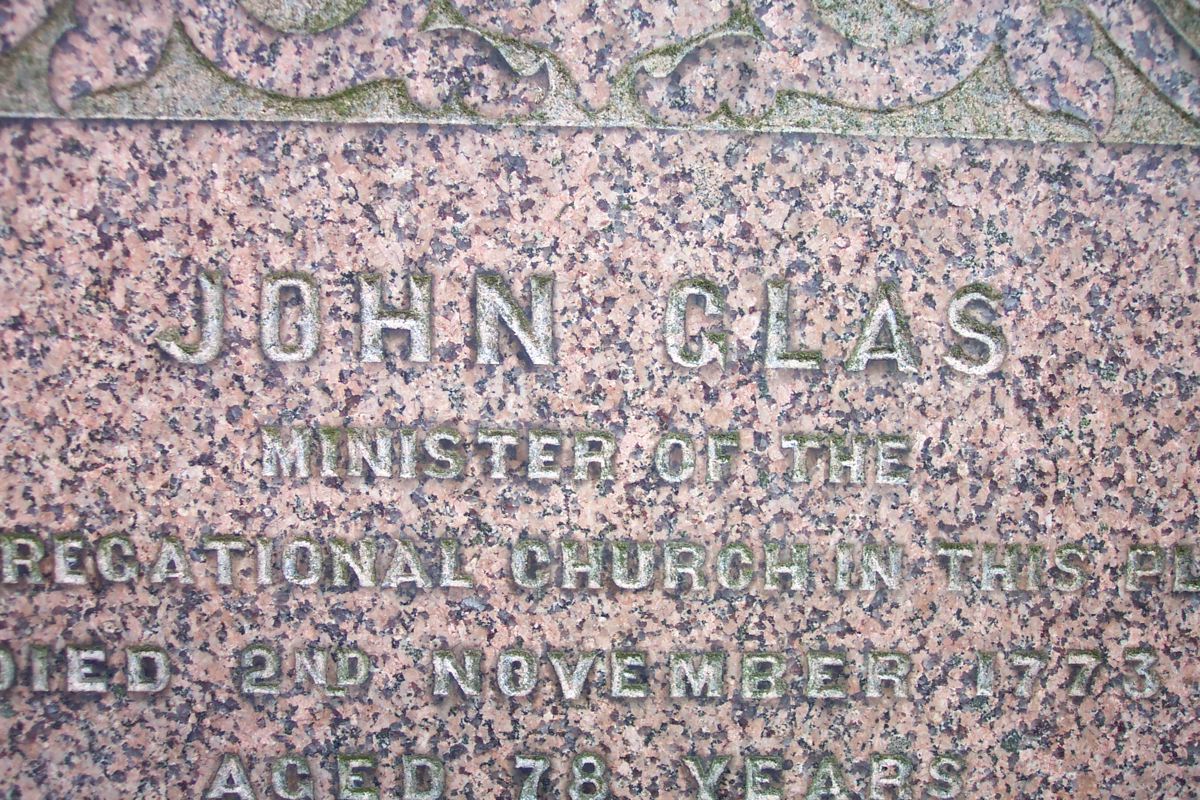 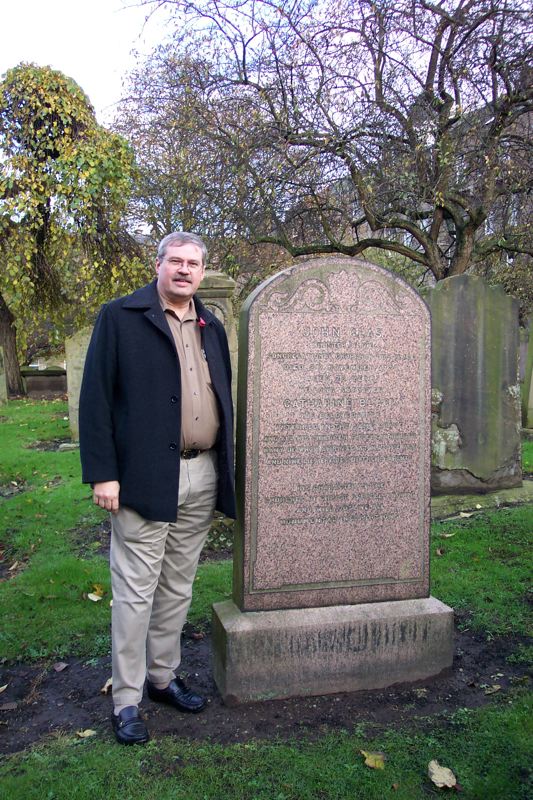 Your Web Editor At The Grave Of John Glas
November, 2006

Special thanks to Graham McDonald, Scotland citizen and missionary. He and his family were hosts to the Harps in November, 2006. Graham very kindly drove us around the country to various locations of the Reformation & Restoration Movement.