Gospel Preacher And Missionary Among Churches Of Christ

Frank Faircloth was born February 16, 1924. He grew up in the great Plateau church in Mobile, Alabama. He served in the military in World War II. After the war he married Nellie Marie McCallister, in Baldwin County, Alabama, August 19, 1950. During the 1960s he preached in Luceville, Mississippi. In the late sixties he preached for the Municipal Airport church in Valdosta, Georgia for eight years. Then he spent a few years with the Monroeville, Alabama church. His last years were in and around Bridgeport, Alabama serving the church there. In the early 1990's he began going to India on an annual basis for first three months of each year. He taught and baptized hundreds of people in India. His efforts with Charles F. Scott and others, proved to be his most successful work as a gospel preacher. He made over a dozen trips in as many years to do this great work.

The last few years of Frank's life involved a battle with cancer. Even during that time he set out to help the cause of Christ as best he could. He lost his battle October 13, 2003. His family laid him to rest in the old cemetery at Rocky Springs church cemetery.

Editor's Note: It was my privilege to meet Frank in the early 1990's in New Zealand. My family was living in Auckland when Frank came through preaching and teaching among the churches. He came to North Shore where I preached, and spent a number of days in our home. We learned to greatly love and appreciate this great man of God. After returning to the U.S., our first work was with my home congregation in Haleyville, Alabama. Just up the road from us was the town of Bear Creek. The preacher at the Bear Creek church was a young graduate from Faulkner University by the name of David Barker. He and his young wife, Kelli, very quickly became some of our dearest friends. Soon after our meeting, we came to find out that the world was a little smaller, as Kelli told us her father was none other than Frank Faircloth. David and Kelli have remained life-long friends. When Frank was battling cancer, it was our privilege to go by his Bridgeport home and visit with he and his dear wife Marie. We were able to enjoy fellowship for a while and pray together upon our departure. Our hearts were saddened when hearing of his death, but we know our brother was looking for that city that has foundations, whose builder and maker it God! We look forward to seeing one another again someday.

Directions To The Grave Of Frank Faircloth

Frank Faircloth is buried in the old cemetery at Rocky Springs, near Bridgeport, Alabama. Rocky Springs church of Christ is the oldest church of Christ in the state, the claims of which go back to 1807. The cemetery across the street have people buried there who were some of the original church members. The Rocky Springs church of Christ and cemetery is located on Hwy 72, just southwest of South Pittsburgh, Tennessee, in the Alabama town of Bridgeport. In Southern Tennessee on I-40, take the Hwy. 72 exit at South Pittsburgh. Heading west on Hwy 72 (Also known as the old Cherokee, "Trail Of Tears") Just after crossing the Alabama line you will enter the city limits of Bridgeport. Continue past the exit for Bridgeport, and begin looking to your right for a sign, advertising Rocky Springs, the oldest Church of Christ in Alabama. Turn right and the church building will be on your left. Just north of the church building you will see the cemetery on your right. Just as you enter the cemetery, stop the car and go to the right toward the fence. The stone is facing the east near the edge of the cemetery. 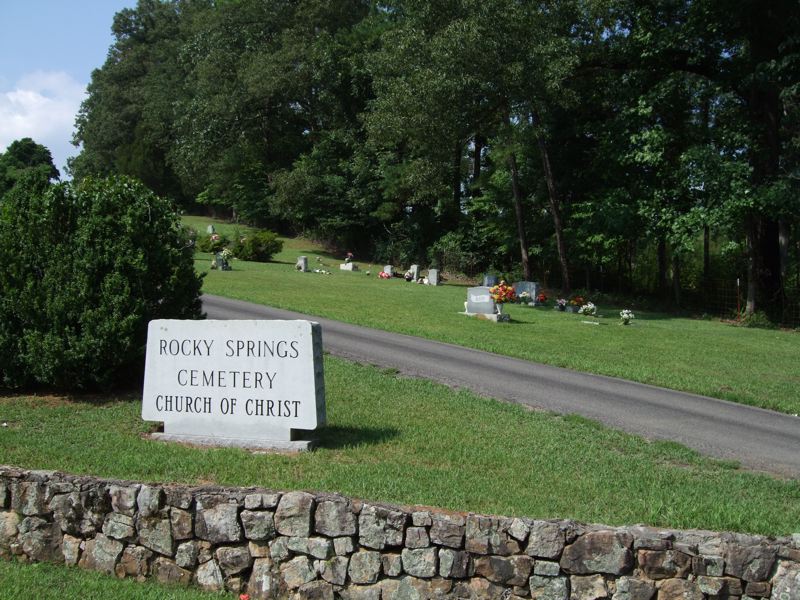 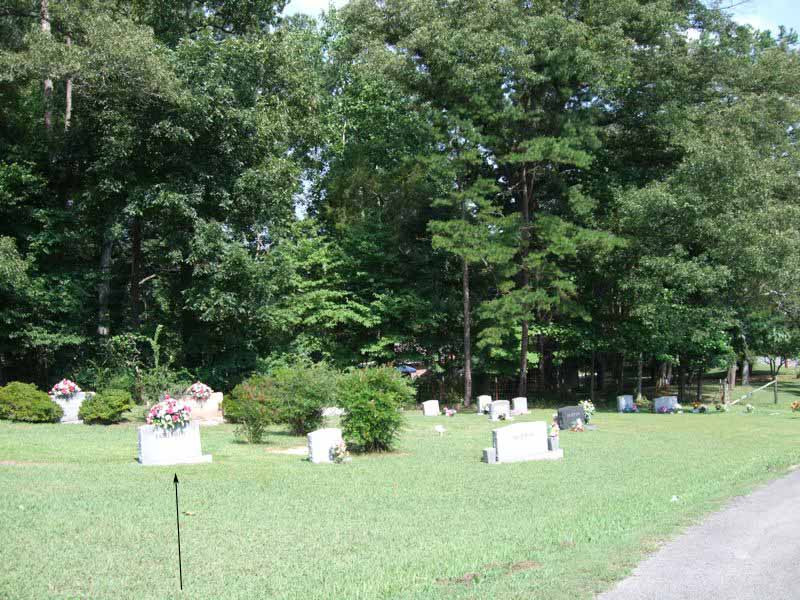 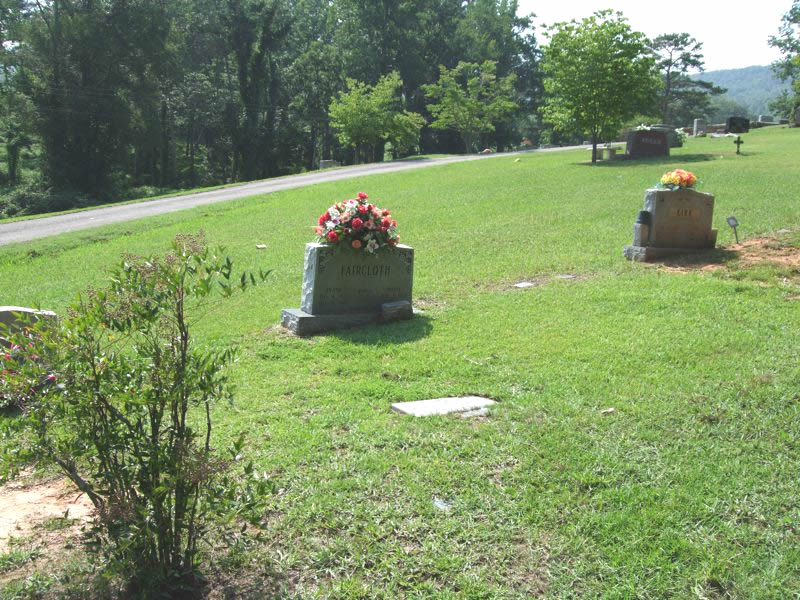 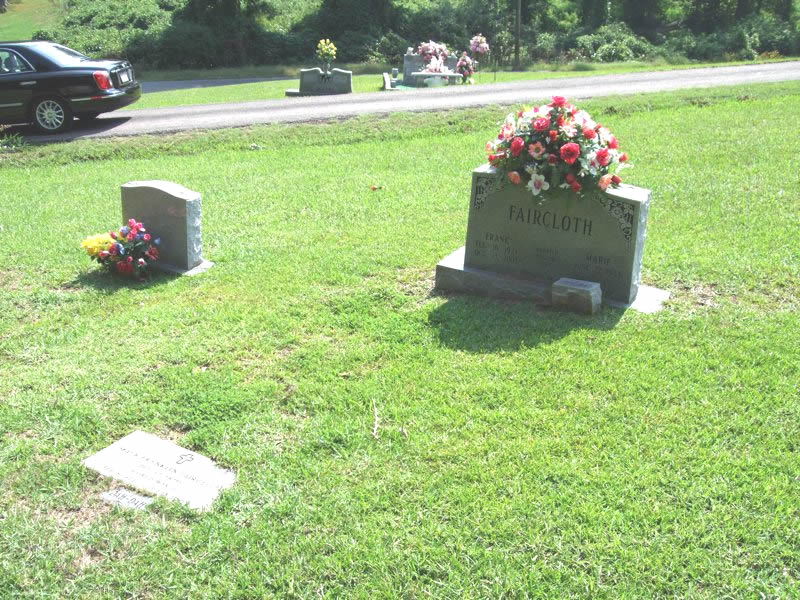 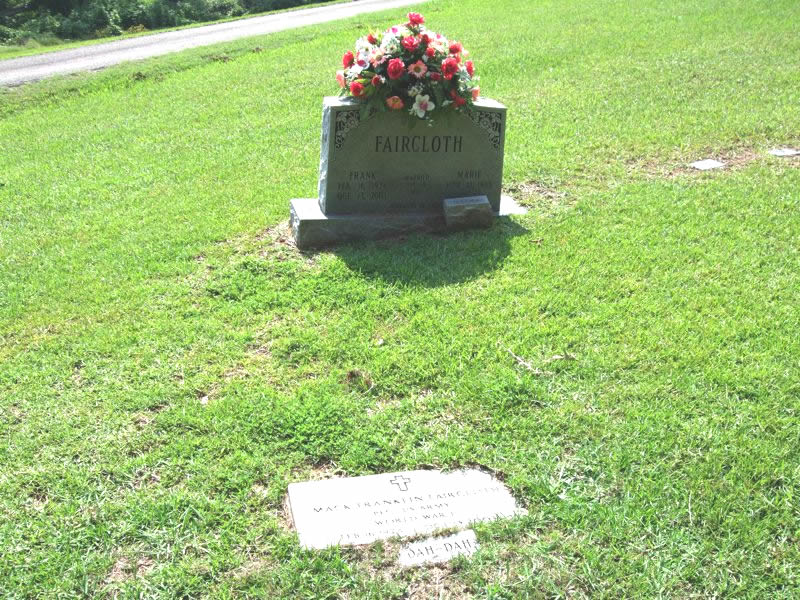 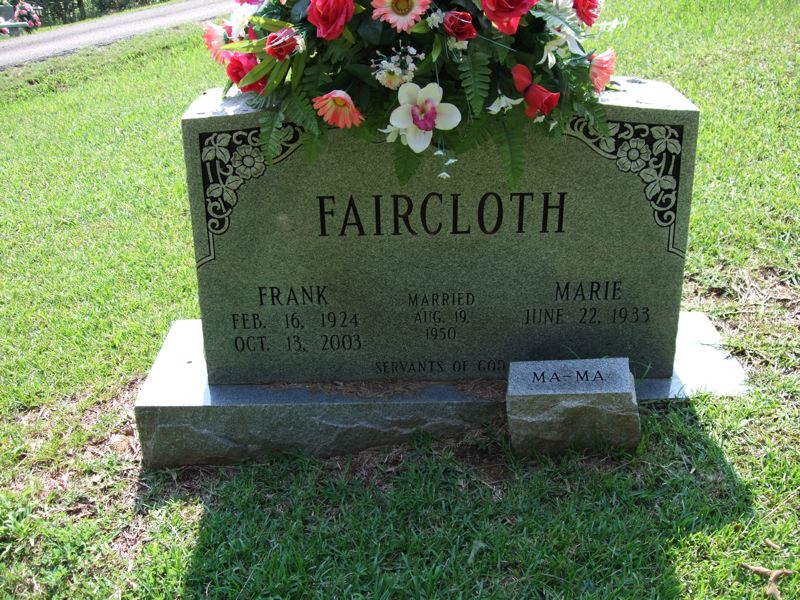 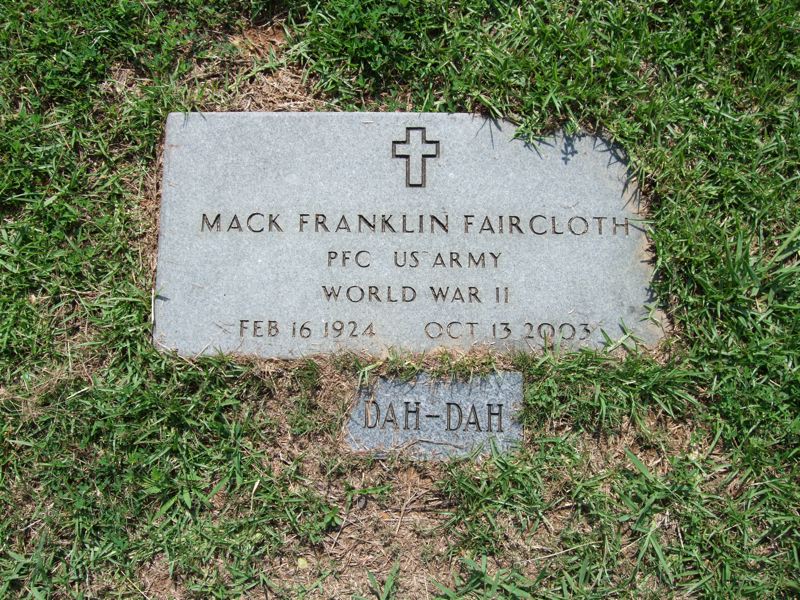