Out Of My Memory

As far back as I can remember, the name Stubby George has always had a special place in my memories. The earliest recollections of my home in Winston County, Alabama include the work of Brother George. He, along with his wife Christine were such strengths to the church in Double Springs, Haleyville, and all throughout the county.

Though a few years his senior, Stubby was a good friend with my father, Richard Harp. They essentially grew up together in Haleyville. When dad began preaching in other places, the family always made its way back to Haleyville to visit my grandparents. When there we would visit with the George family from time to time. Their son Dennis was one of my childhood friends.

From my earliest recollections of the South Haleyville church of Christ, Stubby's dad, Harley George, was a song leader, and seen as one of the early leaders in that church. Stubby was a product of that congregation, along with a number of others who made preachers. Others who came from this congregation include, Edsel Burleson, A.E. Swimms, Richard Harp, Robert Martin, Ronnie Holt, Riley Holt and even your web editor, Scott Harp.

During the early years of my preaching, when trying to raise money for mission work in New Zealand, Stubby invited me to come over to Double Springs and tell the brethren about the work. The church supported my family through the years as a result of his encouragements. I can still remember sitting around his table in the preacher's house that sat behind the church's old building in town. And, still to this day, though the Double Springs church of Christ has built a beautiful edifice at the south end of town, I still think of Stubby every time I drive past the old building.

While I was in New Zealand, I was deeply saddened to hear that Stubby was sick. He died far too pre-maturely, a few months before his sixtieth birthday. With his passing, his family and friends lost a great mainstay in their lives. Those that read this tribute will recall his friendliness, laughter and smile. While he waits in the presence of God, we are sure he is making heaven a little happier, and a lot more attractive to us all.

Directions To The Grave Of Stubby George

Haleyville, Alabama is located in the Northwest corner of the state. Heading northwest on Hwy. 78 out of Birmingham, travel to Jasper, and turn north on Hwy. 5. Travel approx. 39 miles north to Haleyville. In town you will turn right on Hwy 195 toward Double Springs. Pass Walmart and the hospital out of town, past Needmore and you will come to an old Drive-In that is no longer in use. Just past the drive-in is Winston Memorial Cemetery. Go past the cemetery and turn right. Then turn right again into the cemetery (only one entrance). Travel straight to the other end of the cemetery and turn right at the last road. (You'll see the drive-in directly ahead of you) Then park. Go into the graveyard toward the drive-in. The grave is close to the fence.

WebMaster Note: This is also the cemetery where my grandparents, Ralph & Bernice Harp, and great-grandparents, Paul Richard Harp, and Stonewall & Leone Turner, are buried. The Turners and Harps were long-time members of the South Haleyville church of Christ where for two generations they led, serving as elders at South Haleyville Church of Christ. Uncles, aunts, and cousins, as well as many other members of the Church of Christ are buried in this cemetery as well. Also buried in this cemetery are other relatives and dear friends of the Harp family. 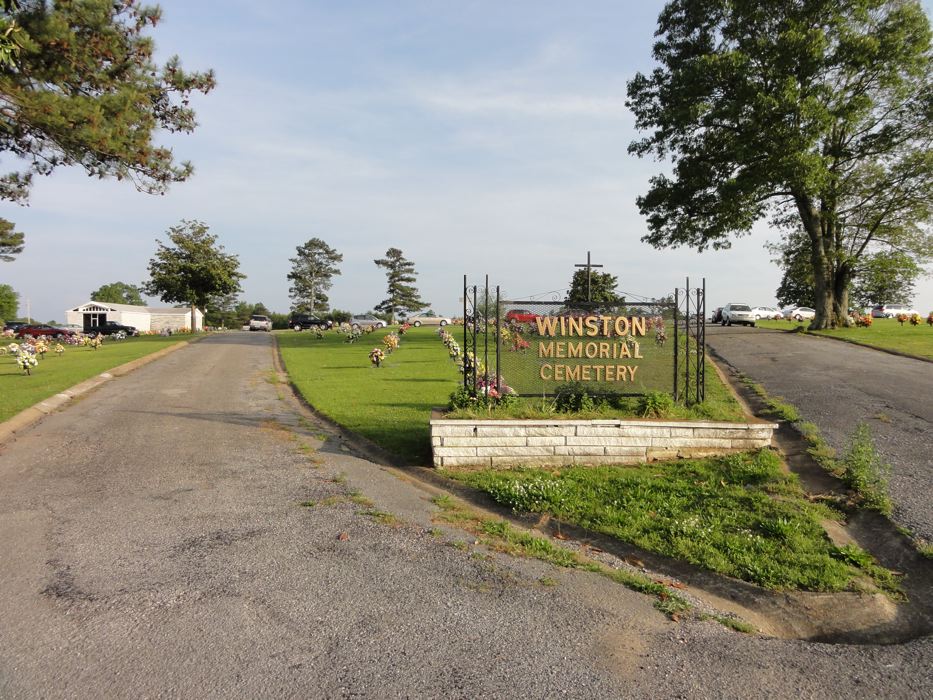 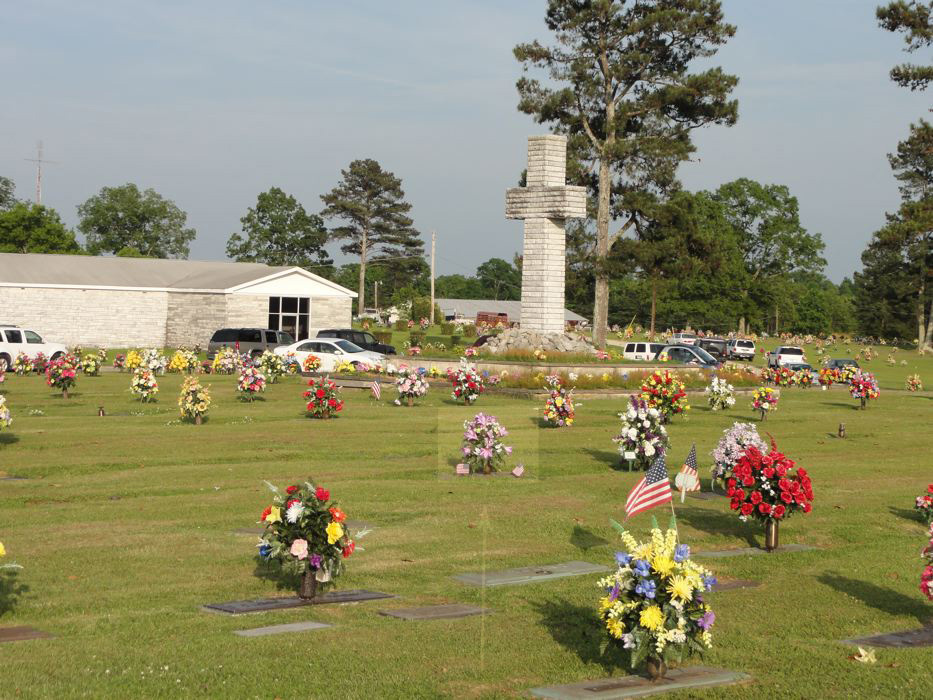 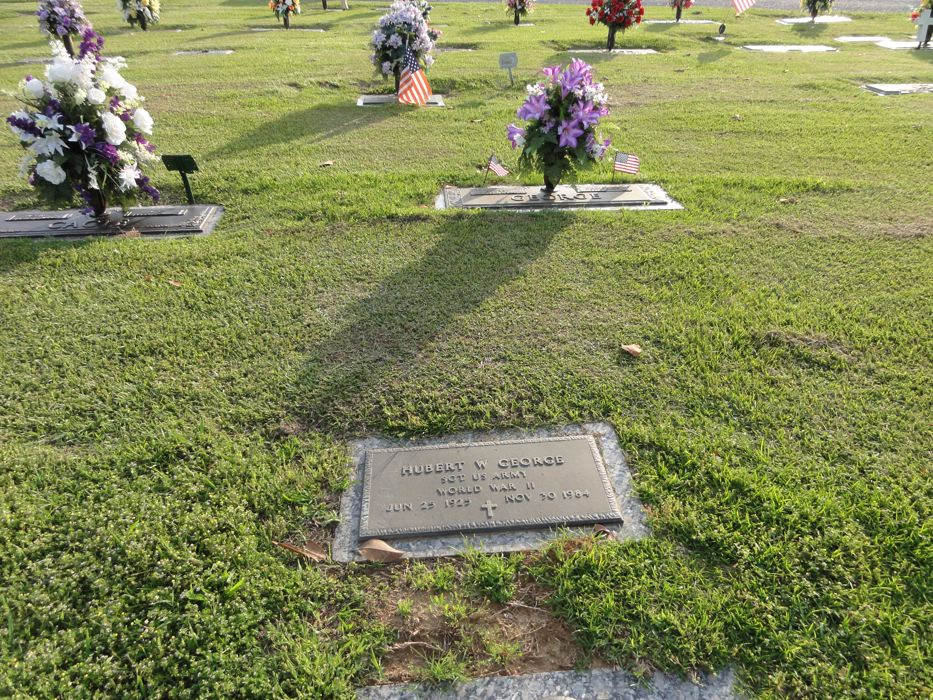 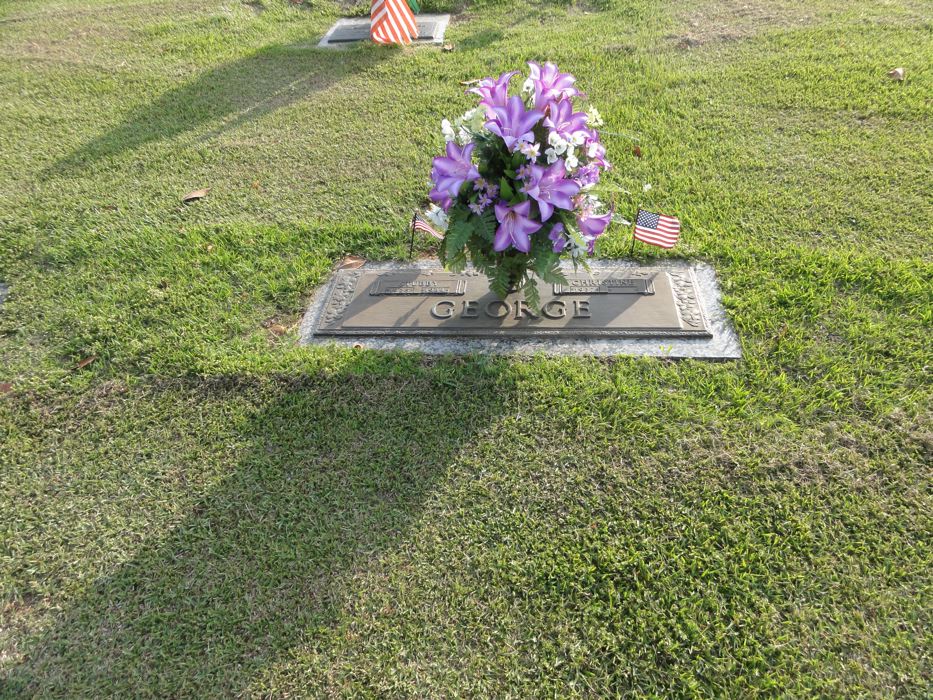 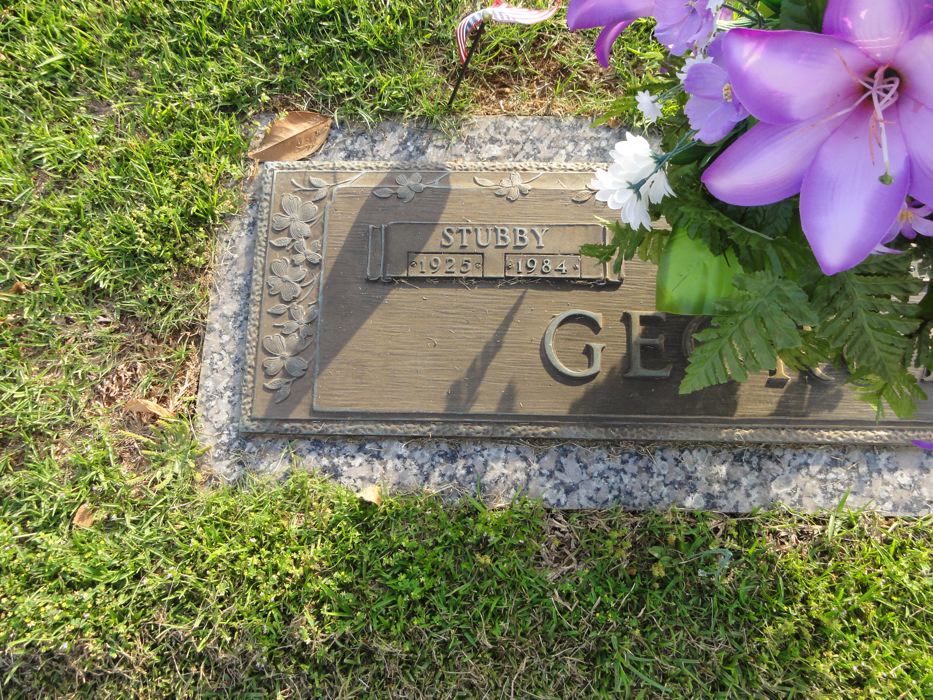