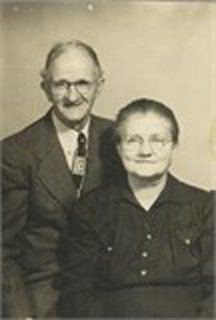 Chesley E. Guthery was a gospel preacher who lived in the community between Logan and Crane Hill, Alabama. He preached for the church of Christ at Prospect, on County Rd. 222. His mother, Martha Beatrice Speegle, was a daughter of David Speegle, long-time preacher in the area, though Speegle converted to the Mormon religion at one stage of his life. Chesley and Della Mae were highly respected in the community and in the church. He died in 1979 and is buried in the cemetery at Prospect Church. 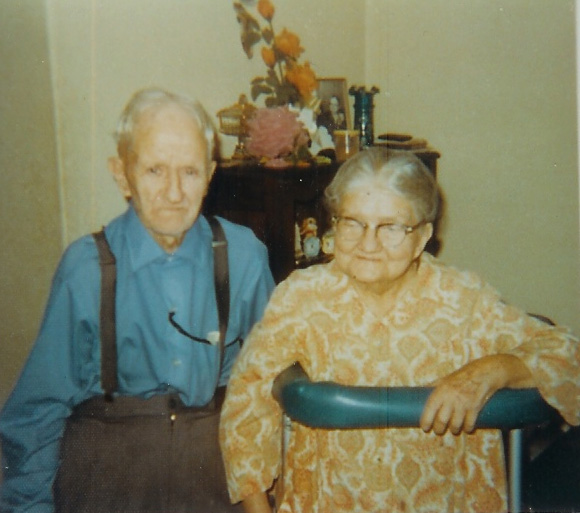 Biography of Chesley E. Guthery:
A Tribute To My Dad

My dad, Chesley Guthery, spent many years and hours writing these sermons. He was the youngest of sixteen children. He was born and raised in Cullman County, Alabama. He was the son of William and Martha Beatrice Guthery. His mother was one of twenty-six children, the daughter of David and Winifred Speegle. She was David’s first wife, having nineteen of those twenty-six children.

They lived in the Brushy Creek community. This is where he was baptized in 1905 by Brother Charlie Holloway at the age of eighteen. At about the age of 19 he started preaching the gospel. His mother walked with him to hear him preach his first sermon ever at Prospect Church of Christ. His mother died in 1910, her last words to her son being “Be careful and don’t fall” since he was working on the Brushy Creek Church of christ steeple. He used that phrase all his life, meaning it both physically and spiritually.

He met and married my mother, Delia Mae Bradley, on December 17, 1911 and had six children—three boys and three girls. They were Nathan, Flora, Earnest, Burvel, Myrtle and Ima Gene.

My dad dearly loved the Bible and the Lord’s church and could quote by memory almost the whole Bible. His plea was bad to the Bible for all thoughts and deed. He had an old Royal typewriter and purchased an old mimeograph machine with an open drum that you used a brush to spread the ink onto the drummed you had to turn a crank to make copies. He typed a lot of sermons and made church bulletins at Jones Church of Christ where he was an Elder for many years. He also did a lot of preaching at Jones Chapel and Chances Cross roads. He rotated and preached every other Sunday between two churches for several years. This was before many the churches had a full time gospel preacher.

In their latter years Mama and Papa moved into Cullman to be nearer to doctors and hospitals, having never driven. When Mama broke her hip in the late 60’s, Papa took care of her for years until it became too hard on him to move her since she was wheelchair bound. Refusing to go live with any of their children they moved into Cullman Nursing Home. Papa wouldn’t have had to go but wanted to be near Mama. Married for 67 years, he succumbed in 1979.

-From an unpublished book of sermons by Chesley E. Guthery in possession of Mark McWhorter, contributed on 10.17.2020

Directions To The Grave of C.E. Guthery 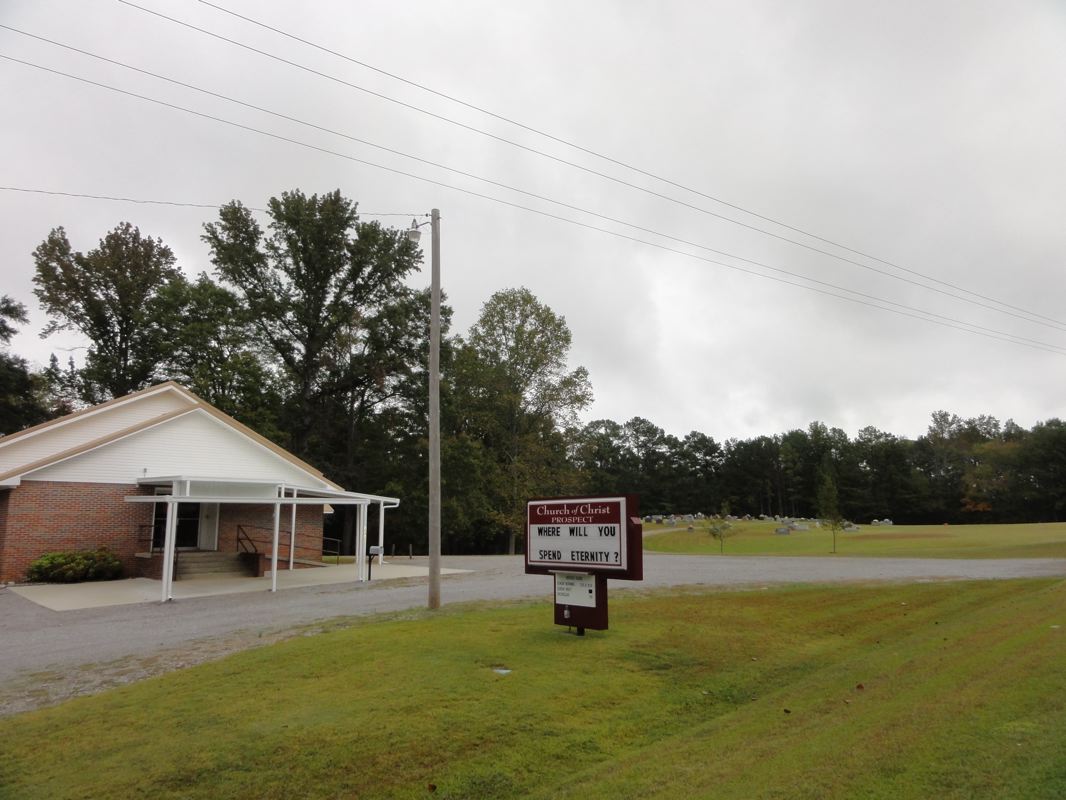 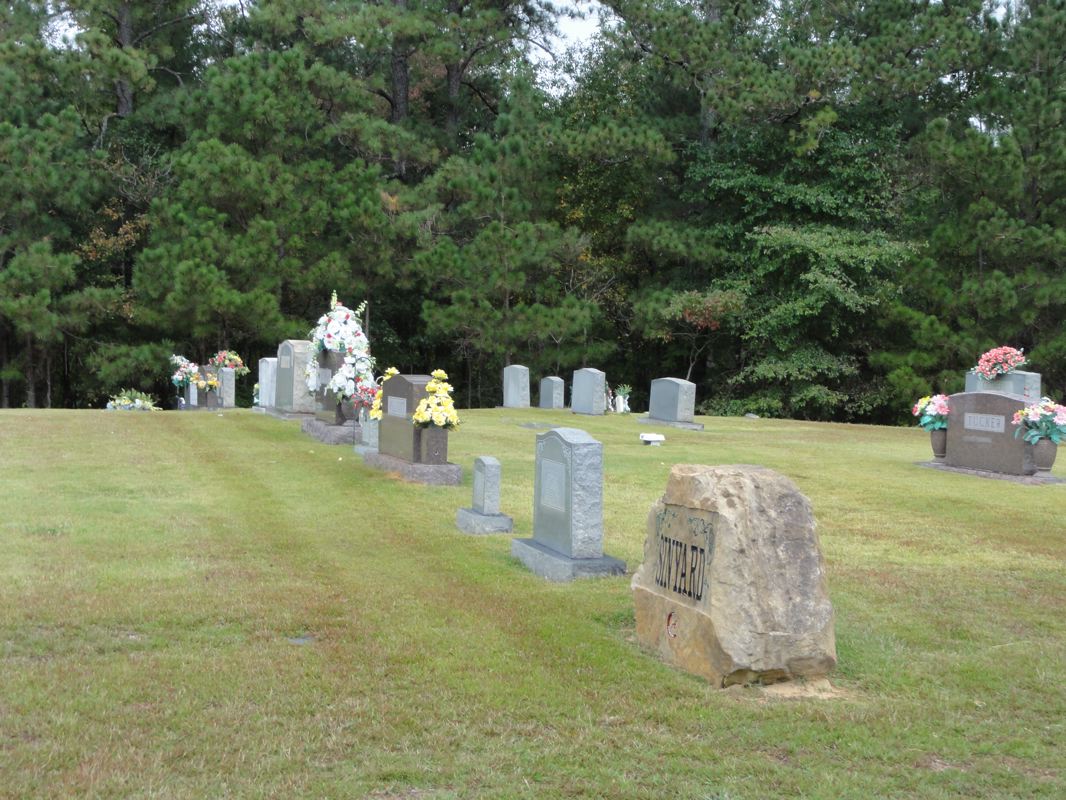 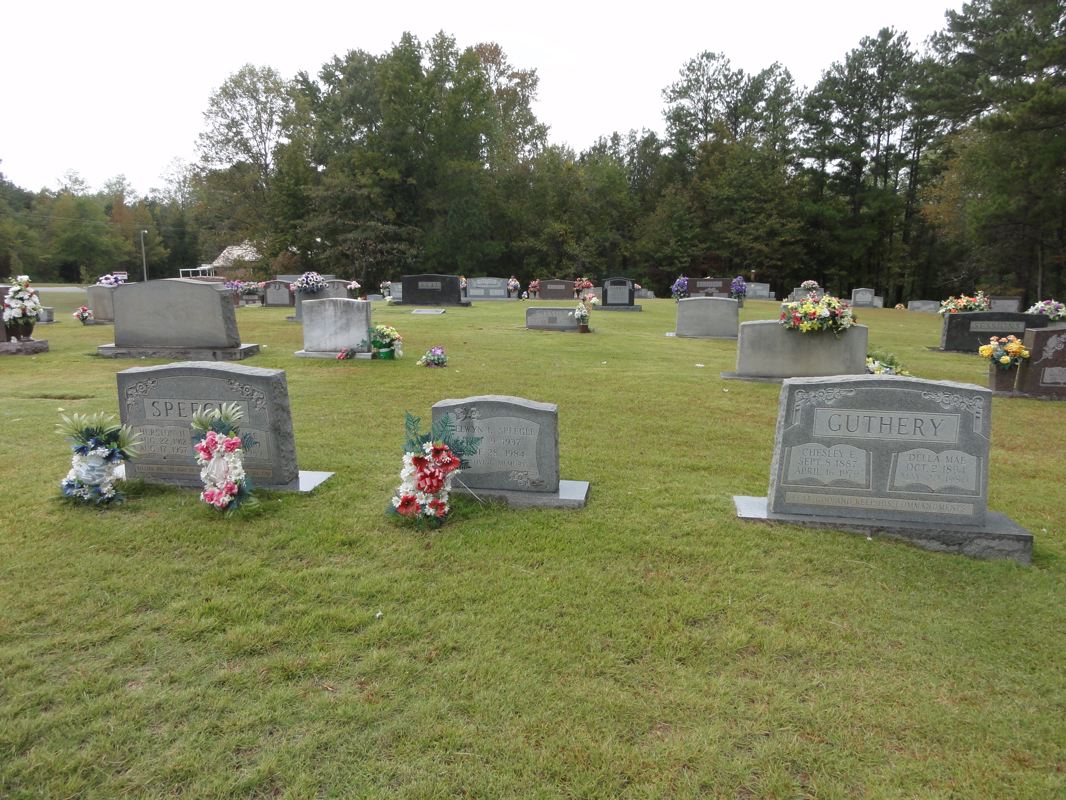 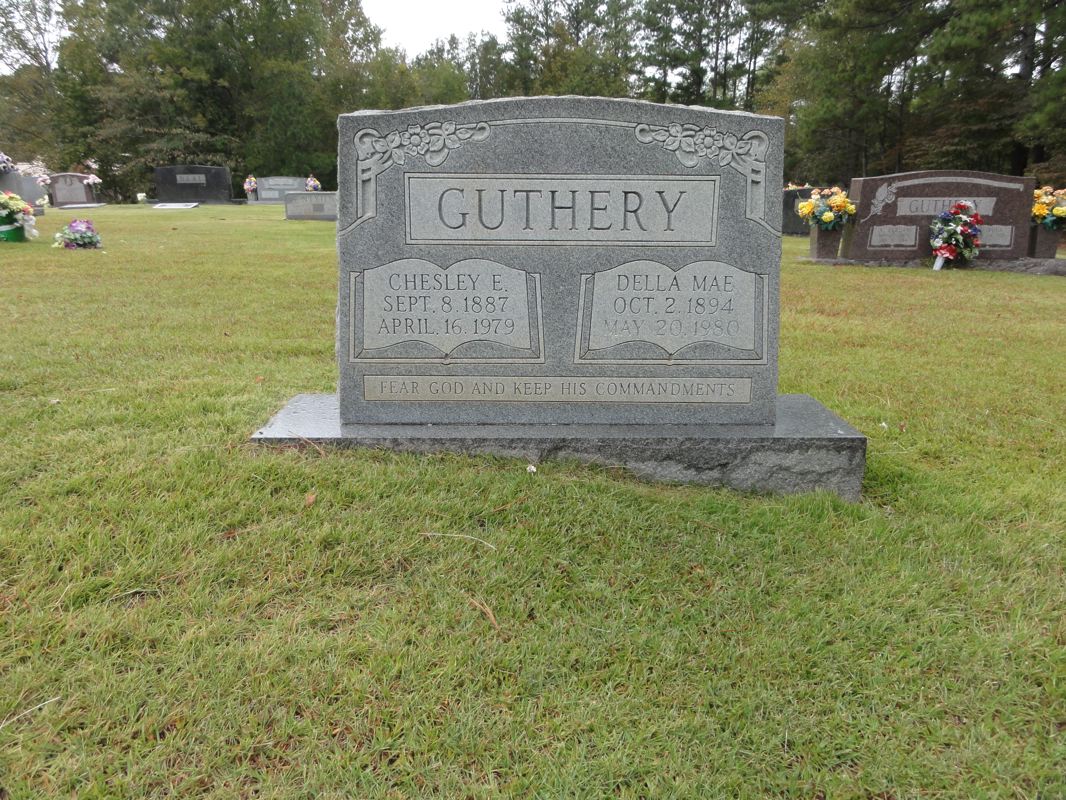 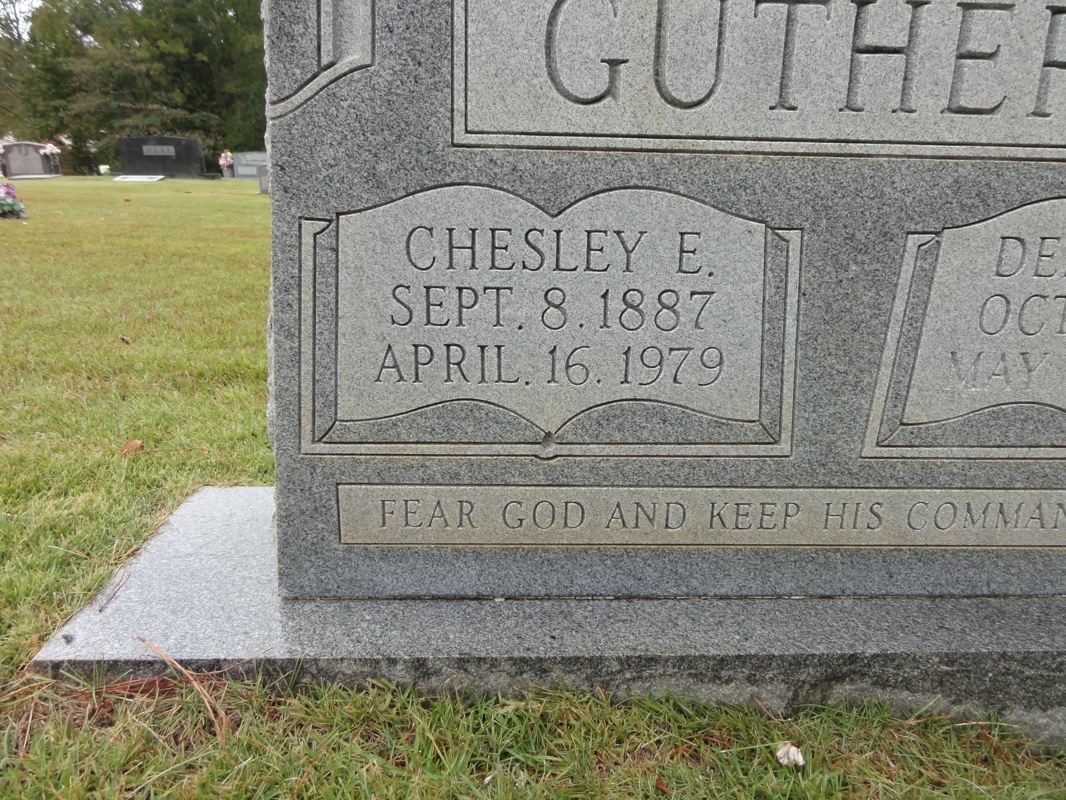