John Tillery was born in 1825 in Georgia. He was listed in the church roll book for the New Bethel church of Christ in Carroll County, Georgia, as having moved to Cullman County, Alabama and helping to settle the area in which he moved. It gives the date of September 10, 1890 as the beginning of the Beulah church of Christ in that area, with John Tillery as the first preacher for the church. Further information shows that he died December 30, 1907 and is buried in the Ebenezer Missionary Baptist Church cemetery, there in Cullman County..

On December 27, 1932, Sister Tillery, the widow of Elder John Tillery, of Cullman County, Ala., passed to her reward, at the age of ninety-six years. Sister Tillery was one of the most remarkable Christian women I ever knew. She rarely missed a Lords-day service, did most of her housework right, and looked after her business affairs with the agility of a much younger person, right up to her passing. Her faithfulness to the church and her family were the crowning principles of her life.

On November 19, 1859, she was married to John T. Tillery, a pioneer gospel preacher. To this union were born eleven children, seven of whom are yet living. Several times during her sickness she called them to her bed and exhorted them to be faithful to the Lord and meet her in heaven. She leaves a most faithful family of Christian children to mourn her loss. May the Lord bless them all.

Elder John Tillery was born in Pike County, Ga., on August 5, 1824, and died at his home, near Vinemont, Ala., on December 30, 1907. He obeyed the gospel when he was about eighteen years of age, and from that time to the day of his death was an eminent Christian, much respected and loved by all good people who knew him.

He attended Franklin College in the years 1849 and 1850. He spent much of his life teaching school, and while engaged in this work he was also busy preaching the gospel as he had opportunity. On account of the infirmities of old age, he spent the last years of his life with his home congregation (Beulah), pleading with them with many tears to be faithful.

We have now parted with one who faithfully served God and the people according to the will of God in the sphere wherein divine providence had placed him. He was truly a shining light of whom it may be said, as of Jehoiada, that he did good in Israel. Thanks be to God for him and all the good which God wrought in and by him. The tendency of his teaching was to bring people to Christ as their way and to heaven as their end.

He discharged his duty as the head of a family well. Where he had a tent, God had an altar on which the morning and evening sacrifice was duly offered. His conversation in the world was blameless and harmless and without rebuke. He was a very good scholar and one of those wise men who not only lay up knowledge, but use it aright. He was my companion and tutor in the gospel for fifteen years. The work that I had with him increased my affection for him. On this account Epaphroditus was dear to Paul, who could scarcely bear the thought of parting with him. Though we submit patiently to the will of God, we think it is our duty, when we sow such precious seed, to bear it forth weeping and to sow it in tears. When Jonathan fell, David was distressed.

If Brother Tillery be fallen, we cannot but say that we are distressed, for very pleasant has he been unto us, and, therefore, very painful must it needs be to have him thus suddenly taken from us. The death of a faithful minister is a public loss. Our best friends are our souls friends. Our dear brother was always busy; and whatsoever his hand found to do, he did it with his might. Why should we not have sorrow when such a hand is withered? It was so much our right hand. At a time when the love of many waxed cold, at a time when the dividing spirit so much prevails, at a time when so many are bringing oil to our flames, it is sad to give up one who had such a healing spirit. Brother Tillery was one who blessed his household and was every way a blessing to it.

We give thanks to God for our brothers present happiness and past usefulness. Before Eli died, God called Samuel to take his place The Lord grant that it may be so in this case, that the name of the Lord may be glorified. He left behind a sorrowful widow, nine children, quite a number of grandchildren, and many brethren and friends to mourn his death.

Directions To The Grave of Elder John Tillery

The grave location for Elder John Tillery is at the Ebenezer Cemetery across from Ebenezer Baptist Church between Vinemont and West Point in the northwestern part of Cullman County, Alabama. The approximate address is 2244 County Road 1242, Alabama, United States. From the I-65 Corridor, take the northern exit in Cullman, #310/Hwy. 157, and head northwest. Go about five miles and turn right on County Road 1242. Go 1.9 miles and the cemetery will be on your right, across from the church. Enter the center drive and just before you get to the first right turn, look to your left, about four rows. NOTE: The TILLERY name will NOT be facing you. You will need to look on the east side of the monument. 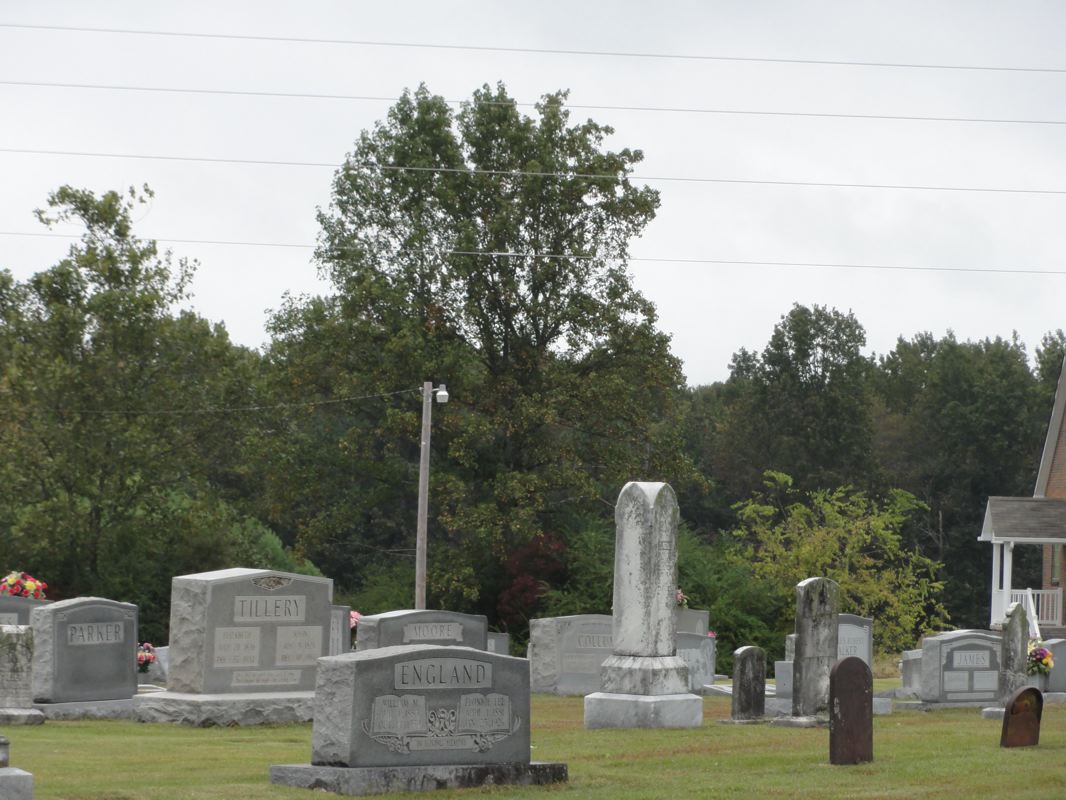 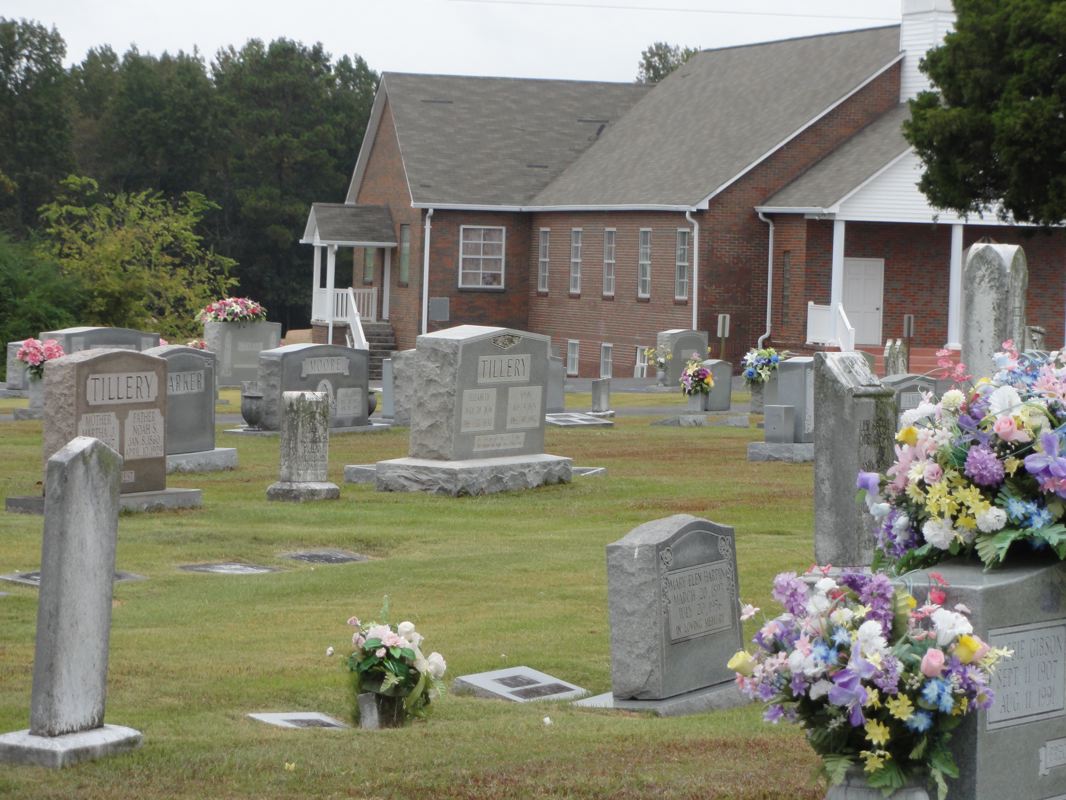 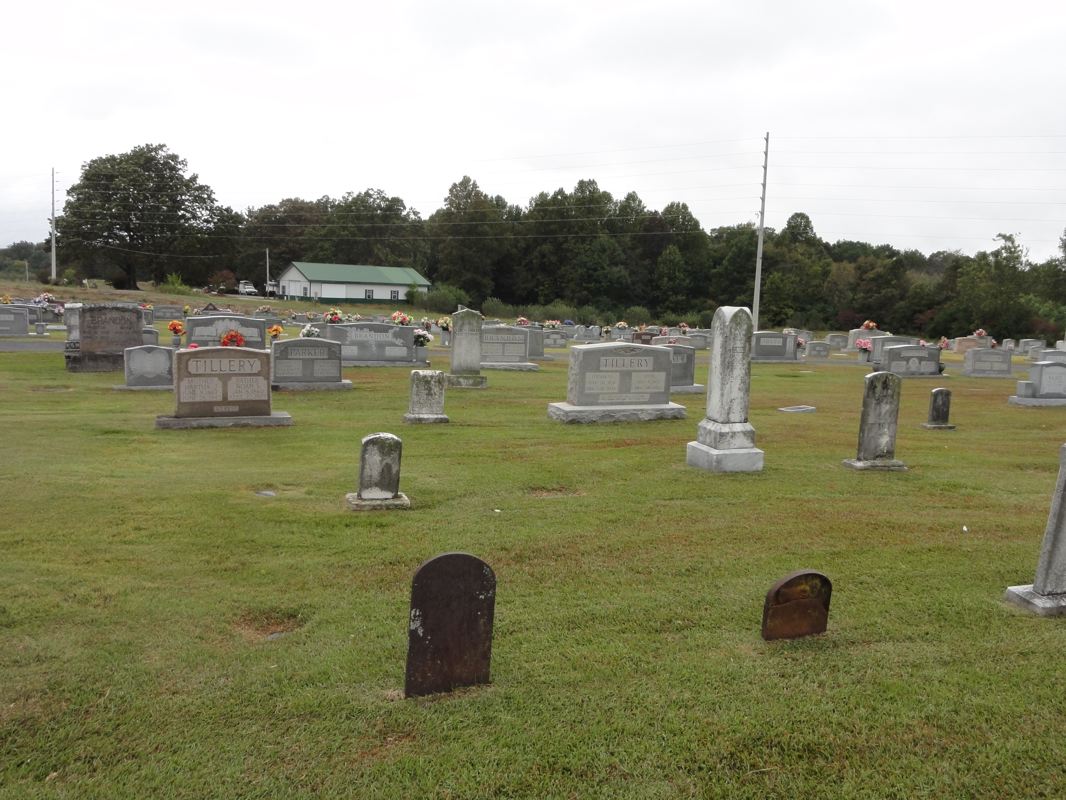 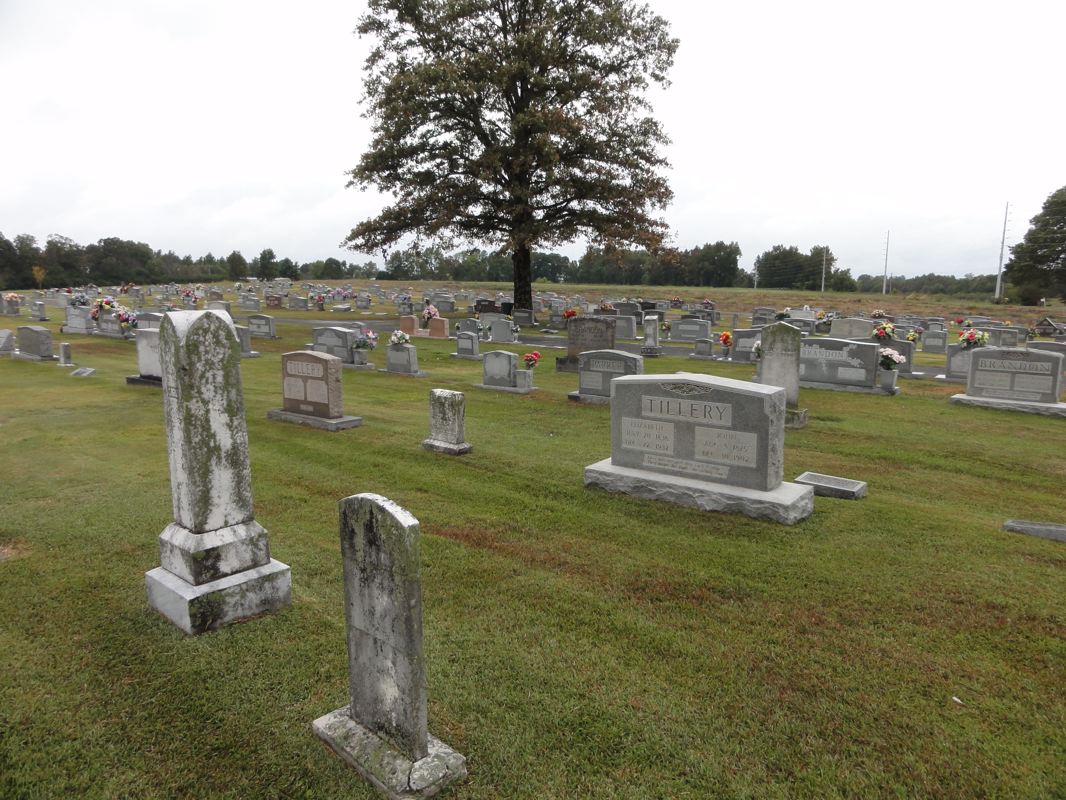 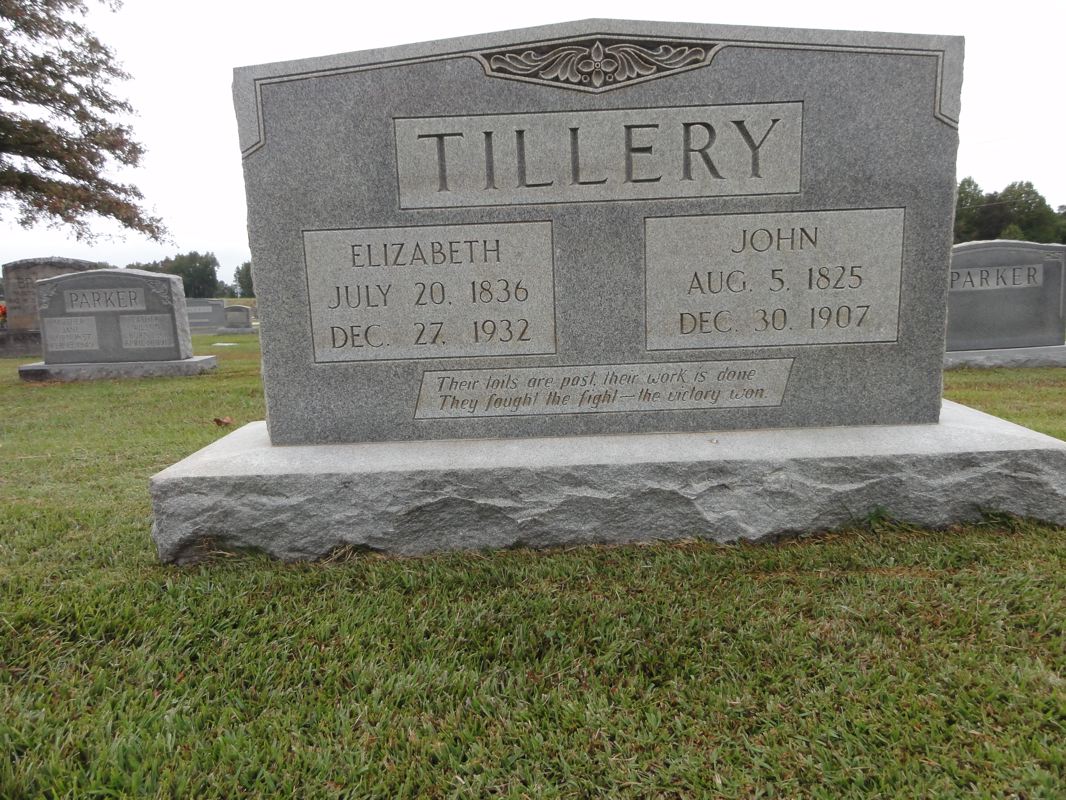 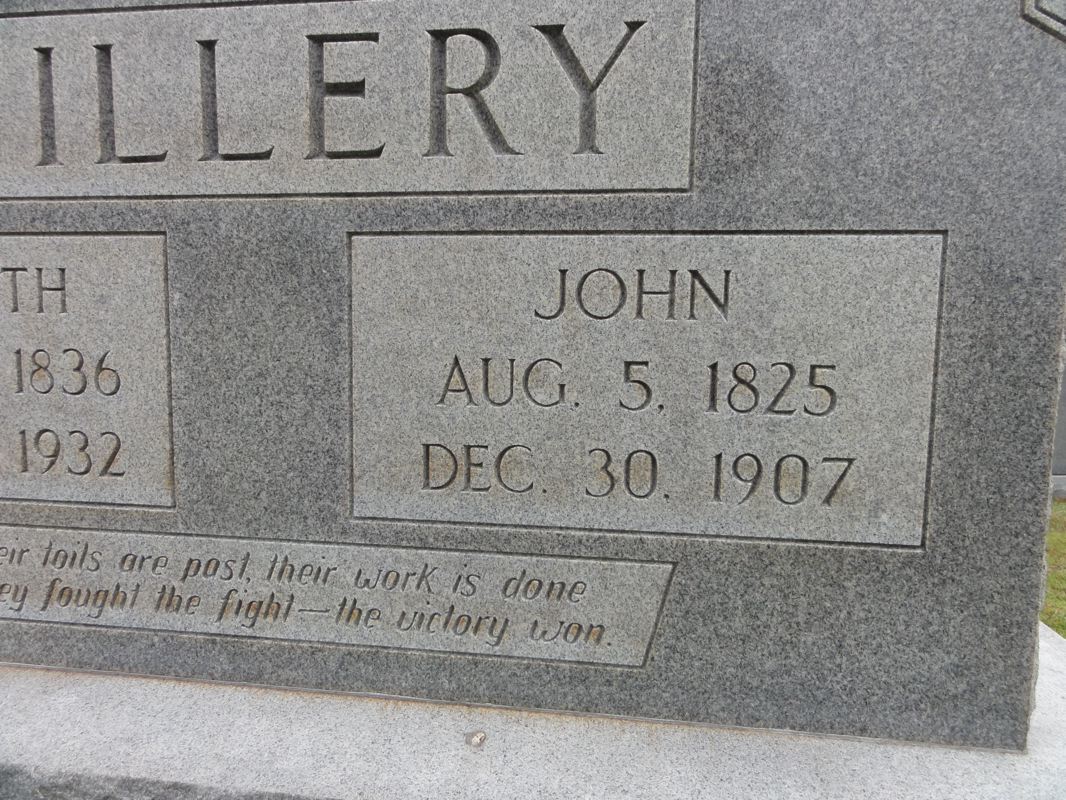