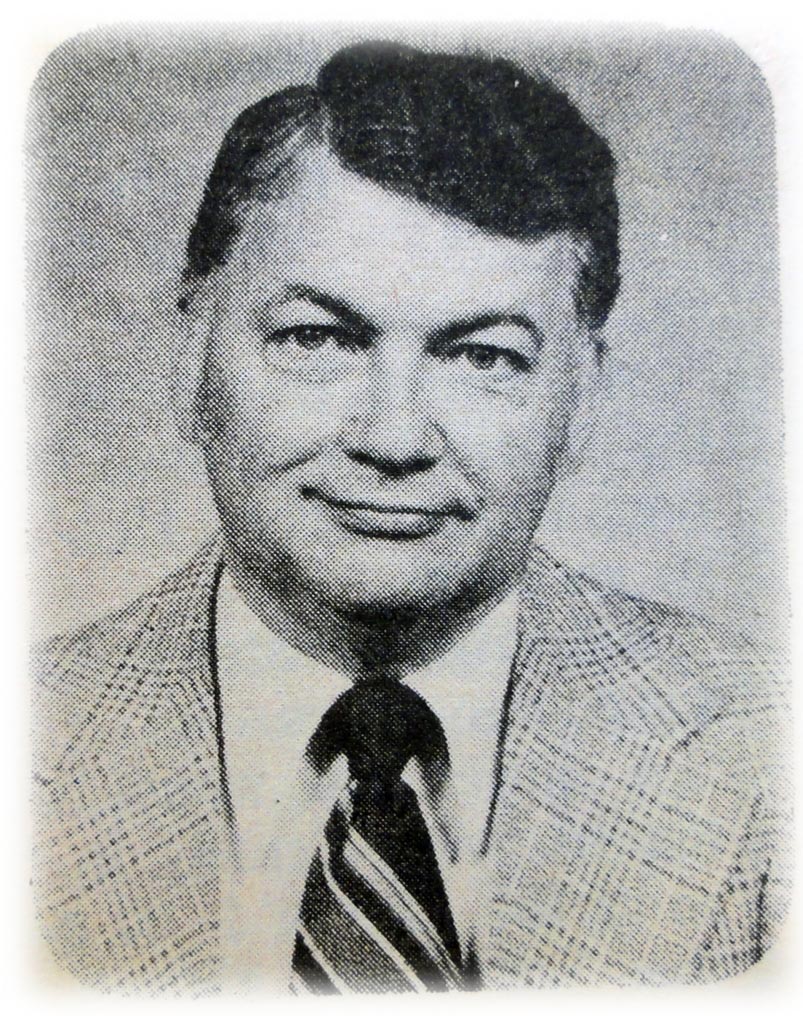 From 1986 to 1989, your web editor was a student at what was then International Bible College (now Heritage Christian University). While there I had some of the finest teachers, in my estimation, that the school ever had. One of them was David Underwood. Brother David was a small statured man. He had been crippled from a child. I was under the impression that it was from an attack with polio when he was a child. However, I knew of no man who stood any taller in the pulpit than David Underwood. The man was an evangelist, par excellence! I worked with him on Bible campaigns. The man worked tirelessly during these events. Two campaigns per year were what was expected of the IBC students. He took a group every quarter unless he was taking a trip to Africa, or some other foreign mission point. Once I attended with him to a campaign in Fulton, Missouri. We baptized fourteen people during that week, and much came from his preaching and teaching.

It was my privilege to sit at his feet to study the Bible. One class I will never forget was a study on the book of Acts in the Fall of 1987. Not only did we receive a front-row seat for the events that took place in the first century church, but we had an opportunity to sit and openly discuss the doctrines being taught there. He made each student feel free to ask any difficult question, to discuss, and even openly disagree, without even the slightest sense of concern for a harsh reaction. The man was mild, but deep! He knew the Scriptures, and had no trouble giving an answer for the reason for the hope that was within him. 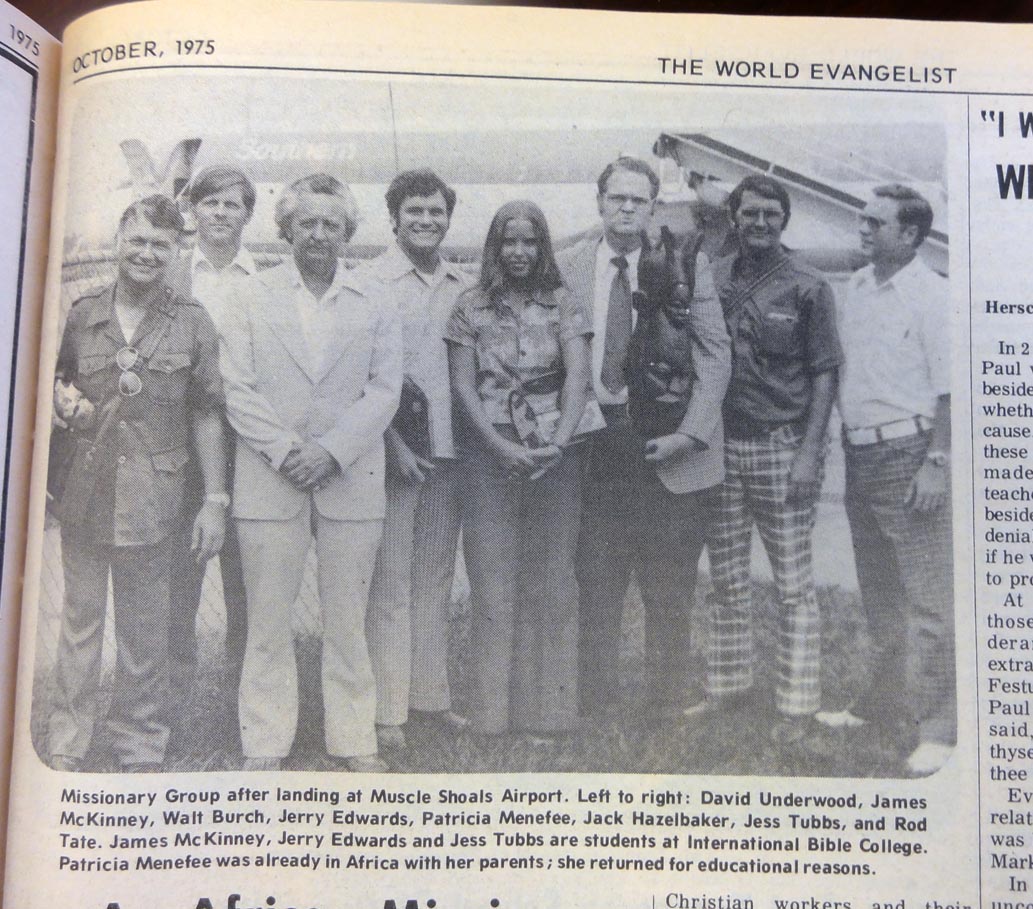 David was a missionary. He spent some years going to the African continent. He was willing to go anywhere he was needed to do the work of the Lord. He would often take students and other church members on trips to African nations to preach. He also did work in the Caribbean.

The love of David's life, other than his Savior, was his dear wife, Myra. When I was in school we knew her as Ms. Myra. She worked there in the office, and was an all around help not only to him, but to the college and the students. Often you would see them together in diffent places. They were a team.

According to the obituary below, he served for twenty-five years as an elder at the Chisholm Hills church of Christ, in Florence, Alabama. I recall while a student at I.B.C., the church there going through a split in the fellowship. The long-time preacher there, Joe Vandyke, had taken a rather large group away to start another congregation. It was a most distressing time for the church. Yet, I remember David and the other elders being challenged in so many ways. David knew well what the Lord meant in the Sermon on the Mount concerning the blessing that came to those who were reviled and persecuted, and all manner of evil spoken against. Yet he stood firm for the truth. These were the impressions that he had upon me and my fellow students. And for his example, and that of the other elders there, the churches in the Shoals were strengthened, and this preacher who ministered to the Second Creek congregation up across the Tennessee line, was strengthened in his work as well.

There were times when a young preacher and student would need godly advice, and David Underwood was often the teacher of choice for that kind of discussion. Not only was he very approachable, but he made you feel when you went away that you could face whatever you needed to face. He was amazingly sound in doctrine, but you knew he was not going to be dogmatic in his dealing with church problems. I often found his advice exceptional and comforting. Many preachers and church leaders will read this who knew him, and say AMEN, because of what he meant to them.

When brother Underwood died in 2010, the brotherhood lost a giant! With his departing, heaven became a little sweeter, and hope a little greater.

David Underwood Was A Leader Among Preachers 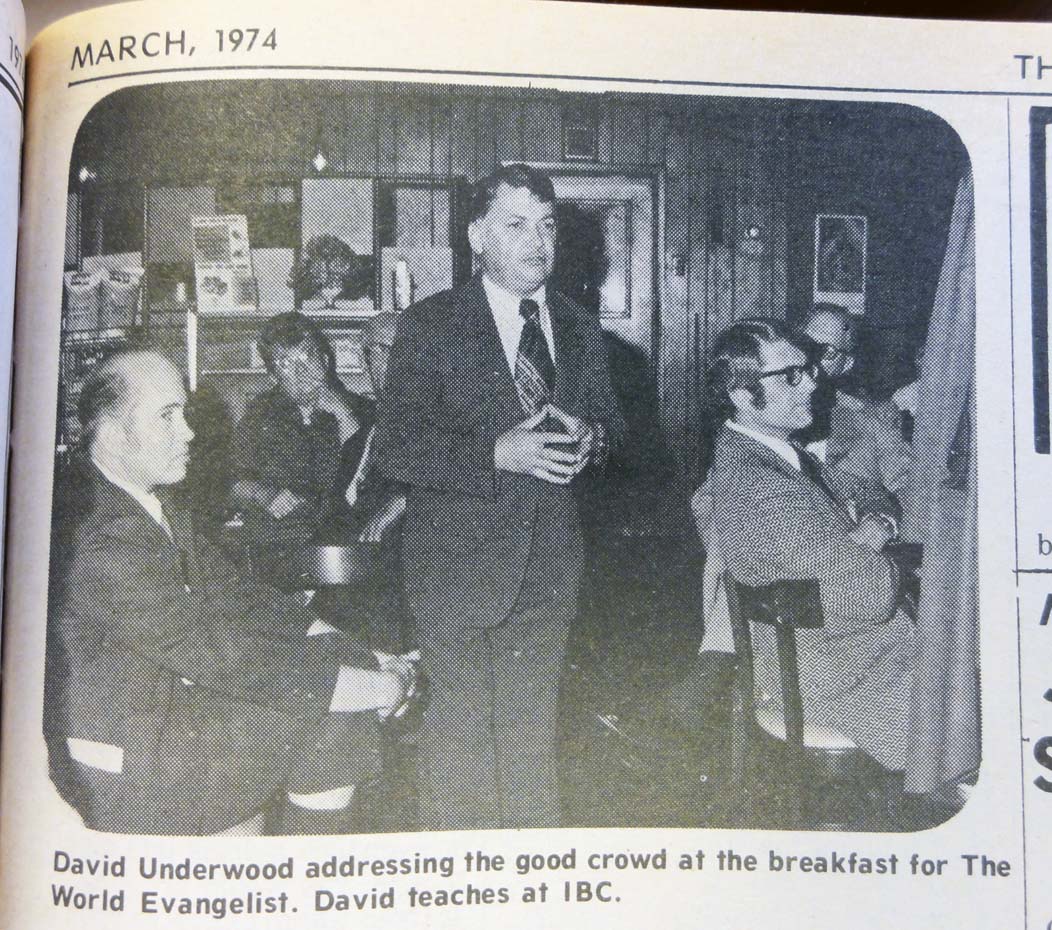 Taken From The World Evangelist
Click on photos for closeup

img src="/_states/alabama/images/underwood10.jpg" width="190" height="238" align="left" />Ralph David Underwood, 81, of Florence, Ala., passed away Feb. 12. He was born in 1928 in Colbert County, Ala., to Robert and Elizabeth Underwood. Underwood earned degrees from Freed-Hardeman College, Harding College and Harding Graduate School of Religion. He began his preaching ministry at age 20. He ministered throughout the U.S. and held full-time preaching positions in Comanche, Okla., Germantown, Tenn., and Sheffield, Ala. He served as a missionary throughout the Caribbean and in West Africa and served as an elder at Chisholm Hills Church of Christ in Florence, AL for 25 years. Underwood was also Professor of Bible at Heritage Christian University for 35 years. He was preceded in death by his parents and eldest sister, Juanita Higdon Crowley. He is survived by his beloved wife of 59 years, Myra Wade Underwood; daughter, Rebecca Dorfmueller; sons, David Underwood and Bryan Underwood; six grandchildren, Matthew Underwood, Luke Underwood, David Andy Dorfmueller (Sgt., U.S. Army), Susanna Dorfmueller, Brody Underwood and Aubree Underwood; one great-grandson, Roshaun Rogers; two sisters, Lois Stephens and Carolyn Minor Barnett. Underwood was buried in a private service on Feb. 15, with a memorial service open to the public at the Chisholm Hills church. Mr. Underwood had requested, in lieu of flowers, that donations be made to Heritage Christian University in Florence.

Obituary from www.brotherhoodnews.com -- FLORENCE, Ala., (BNc), by way of Find-A-Grave

Directions To The Grave of David Underwood

David Underwood is buried in the Colbert Memorial Gardens in Tuscumbia, Alabama. South of Tuscumbia, take Hwy. 43 south of Hwy. 72, and the cemetery will be on your right. Enter the first entrance to your right and stop when the road splits. Go into the plot on the section on the left. The Underwood plot will be in about 25 feet from the drive. 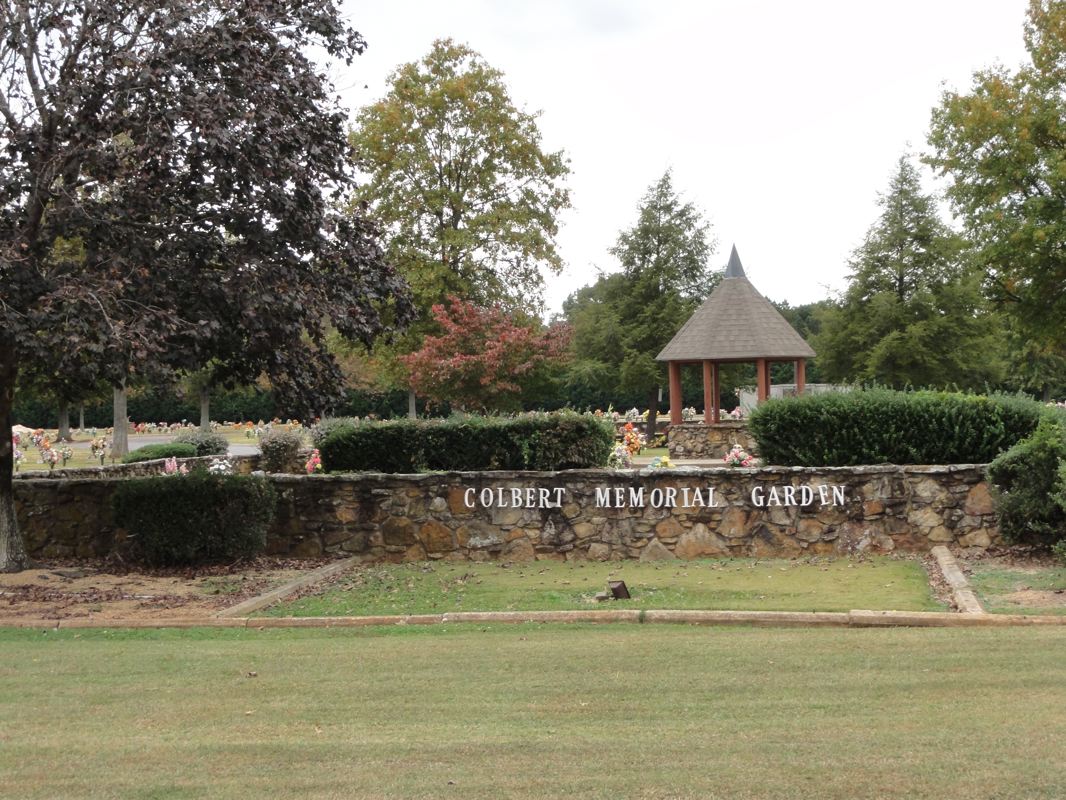 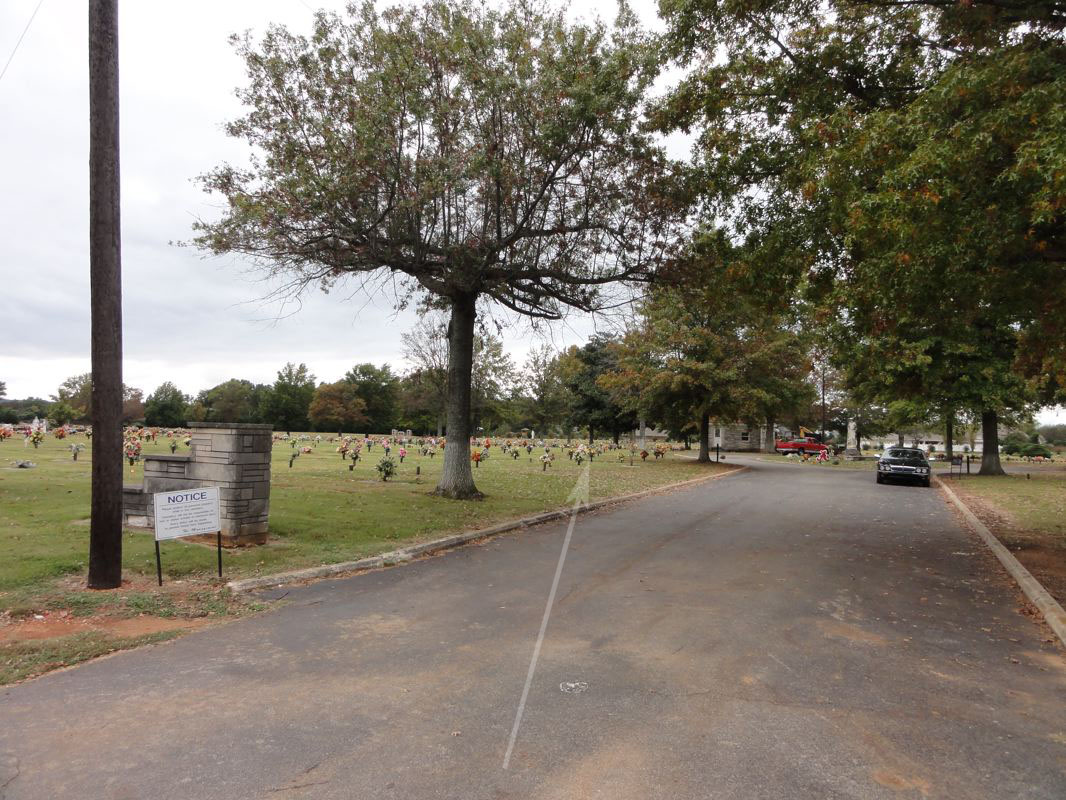 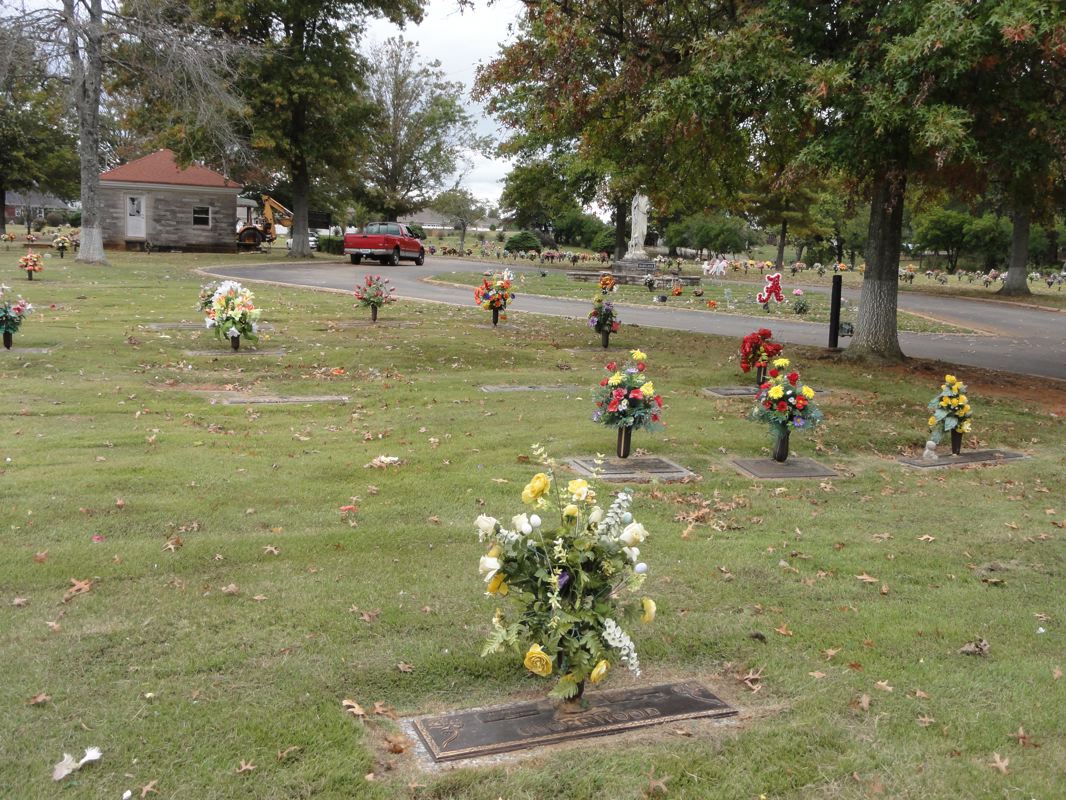 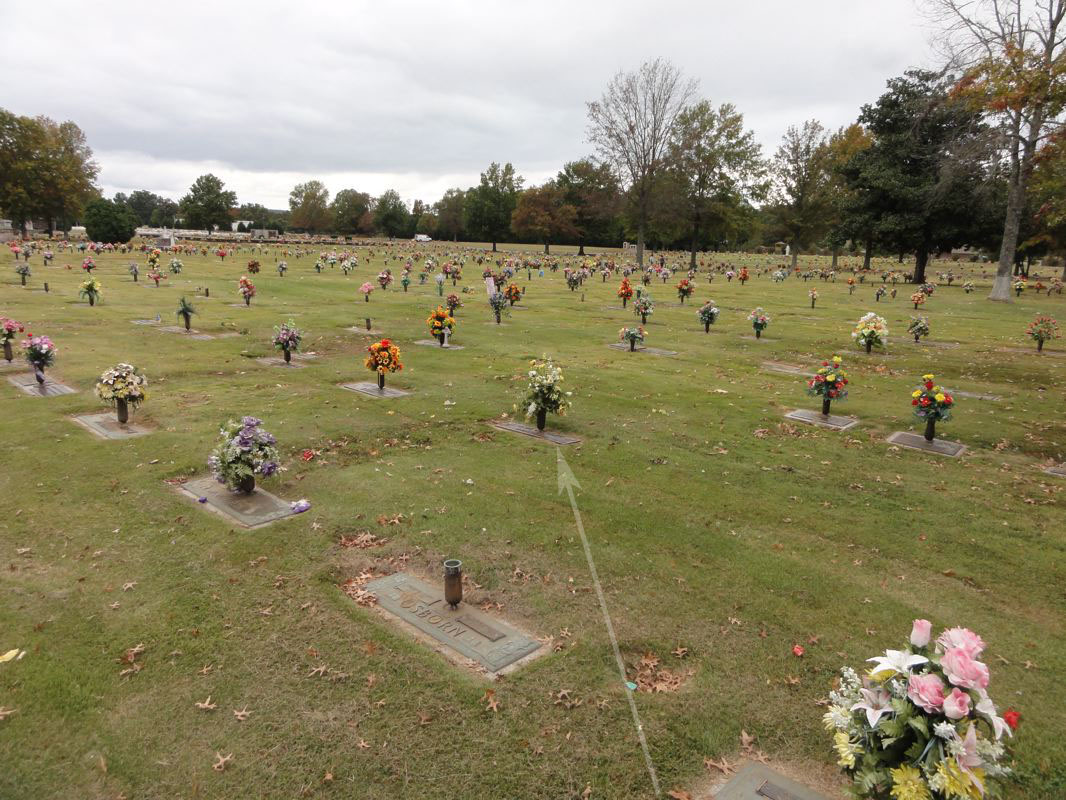 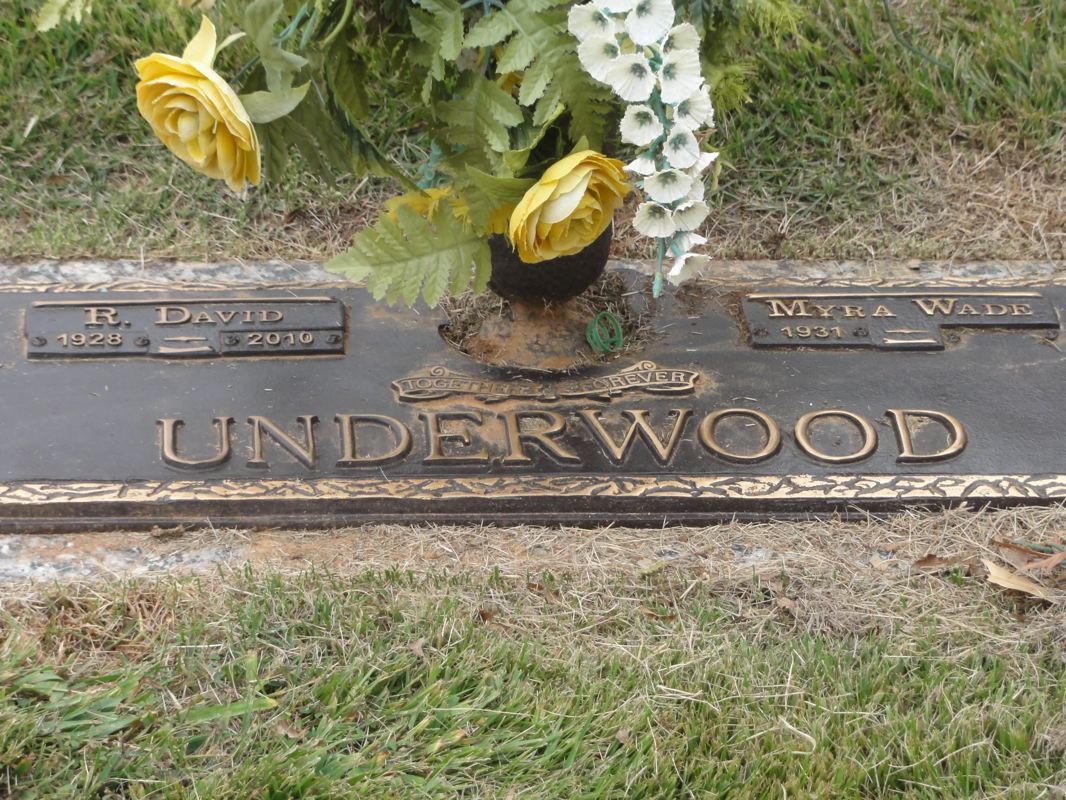 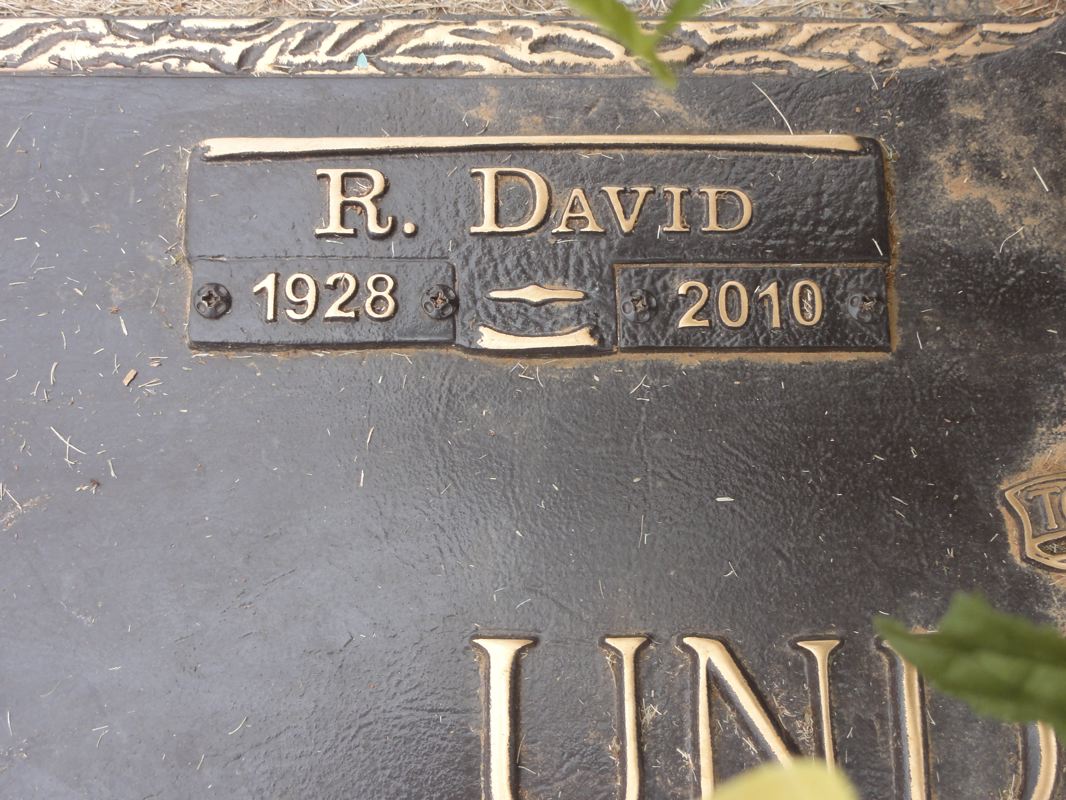