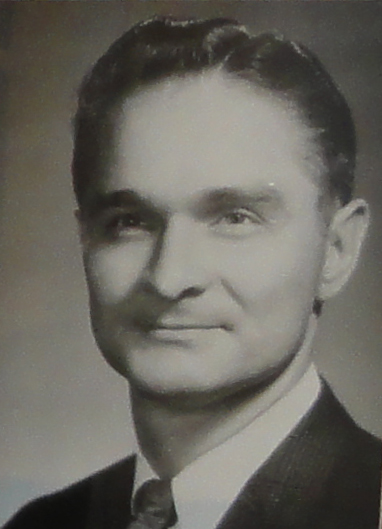 A Tribute To Paul M. Wylie

A funeral service was conducted on December 24, 2004, at the building of the Sixth Avenue Church of Christ in Jasper, Alabama, for Paul M. Wylie.

The singers for the funeral service included some of the original members of the Gospel Anchors, a singing group that Paul Wylie organized and directed. Brother Wylie left behind a rich legacy of song. The singers, numbering around two dozen members and including some of brother Wylie’s relatives, sang five beautiful, acappella selections to begin the service. Many of the singers were wiping their tears as they sang. The harmony of the blended voices filled the large auditorium. As the singers sang about longing for "Beulah Land," tears flowed among many of the 175 people in attendance on the cold Christmas Eve.

Brother Wylie’s family filled the first three rows of the auditorium. His beloved wife, Carolyn, and his son, Mark, along with his two brothers and two grandchildren were in attendance. There were six pallbearers. Around a dozen gospel preachers were in attendance, some of whom were numbered among the singers. There was a keen sense of respect among the gathered mourners in the room before, during, and after the funeral service.

The first of the three speakers, William Tittle, the current preacher for the Goodsprings Church of Christ, where brother Wylie preached for forty-five years, read the obituary and told of being converted by brother Wylie in February 2000. Brother Tittle spoke respectfully regarding his mentor and how brother Wylie had trained him to preach. Brother Tittle closed his remarks with a reading of 2 John 1-3. The congregation then appropriately sang "When All of God’s Singers Get Home" and "What a Day That Will Be."

Dr. Paul Wylie was born and reared in Walker County, Alabama, near the city of Cordova. The Goodsprings congregation hired brother Wylie as their preacher in 1957, after he returned from the army. Beginning in 1973, brother Wylie hosted a weekly radio program to promote the teaching of the gospel. He taught at various schools and earned his Ph.D. from the University of Alabama in 1973. He served as an educator for forty-three years.

Brother Wylie loved people of all ages. He served on the board of directors at Indian Creek Youth Camp in Walker County. He was a well-known song leader and directed hundreds of singing schools, including some singing schools as far away as Colorado. His singing group, the Gospel Anchors, sang at hundreds of funerals and participated in at least two foreign mission efforts. Brother Wylie also authored poetry books.

The second speaker was brother David Courington, who began his remarks by telling of a childhood experience of attending a singing school conducted by brother Wylie. He asked, "How many funerals has Paul Wylie conducted?" "Hundreds," he answered. Brother Courington then read the written comments of several members of the family, including moving comments from brother Wylie’s son, daughter-in-law, and the grandchildren, who mentioned their fond memories of their "Thursday visits" with their grandfather.

Several phrases kept recurring over and over in the family’s and the preacher’s comments: "passing the torch," "pillar in the church," "asset to the community," "a life of hope," and "heaven is now richer." Brother Courington ended his comments with a reading of Psalm 116:15.

Brother Levi Sides, a Walker County native and noted gospel preacher, spoke lastly. Brother Sides kept his comments to a very brief seven minutes, perhaps realizing that a whole hour had almost passed since the funeral began. In his inspiring comments, brother Sides imagined brother Wylie talking with various biblical characters in heaven about their areas of special experience. A touching poem written by sister Luajuana Brasfield, another of the people brother Wylie helped to mentor, was read and the service was closed with a prayer.

This writer observed the funeral service as one who never met Paul Wylie before his illness grew very severe. This article closes with this observation: the funeral service for Paul Wylie was so inspiring that it is a shame that more of us did not have the privilege of knowing him. His time here was far too short.

Obituary On The Passing of Paul M. Wylie

Dr. Paul Wylie was a well-known minister and educator in Walker County.

Brother Wylie was hired by the Goodsprings Church of Christ in 1957 after a tour of duty in the army. Before his time in the military, he had taught at Carbon Hill and Cordova high schools. Upon his return, he taught the second semesters of that year at Empire Jr. High. In 1958 he began teaching at T.W. Martin High School. He completed his doctoral degree in 1973. Under the Overseas Schools, he worked as a consultant in numerous schools in the Caribbean and South America. He then began working for the State Department of Education in Montgomery. He retired from there with 43 years in education.

He was the minister at Goodsprings for 45 years. Although he worked as an educator, he did the work of a full time minister. He spoke on a Sunday morning radio program from 1973 until his retirement. He was involved in the work of Indian Creek Youth Camp and served on its board of directors. He was tireless in visiting, personal work, teaching and preaching.

Brother Wylie was also well known as an excellent song leader and music teacher. He taught singing school throughout Alabama and the southeast and as far away as Colorado. He was director of the Gospel Anchors for over 25 year. Under his direction, they performed throughout the southeast and worked on two missionary tours in Trinidad and Tobago.

In his spare time he enjoyed writing songs and poetry. He had one book of poetry, Loveprints, published.

Paul Wylie touched many lives in many ways. He had boundless energy and a burning desire to do all the good that he could in his time here. He leaves behind the results of his good work which will live on through those he touched.

Directions To The Grave Of P.M. Wylie

From Birmingham, Alabama head northwest on Hwy 78 toward Memphis. About 40 miles from Birmingham you will arrive in Jasper, Alabama. In Jasper you will need to take the Hwy 5 exit. Proceed up the ramp and turn right on Hwy 5 (Ninth Ave.) About 3/10ths of a mile Hwy 5 will bear to the left toward Haleyville. Continue to the left on Hwy. 5 for about a mile and the Walker Memory Garden Cemetery will be on your right. Go into the cemetery, and in the center front, you will see some statues of the apostles. Just back from the statues and to the left in front of a large tree is the grave of Paul M. Wylie. 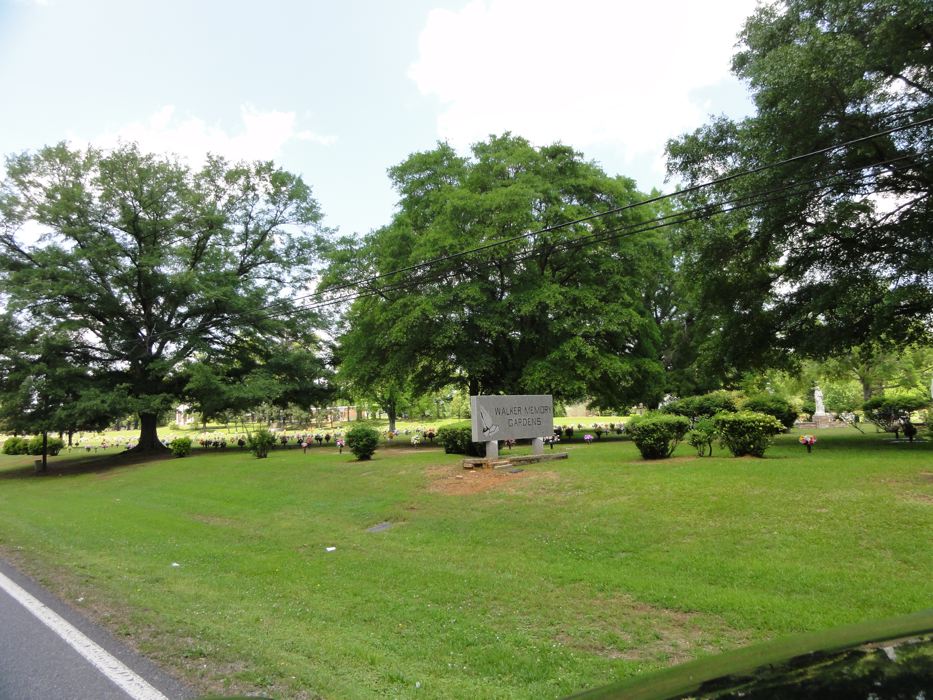 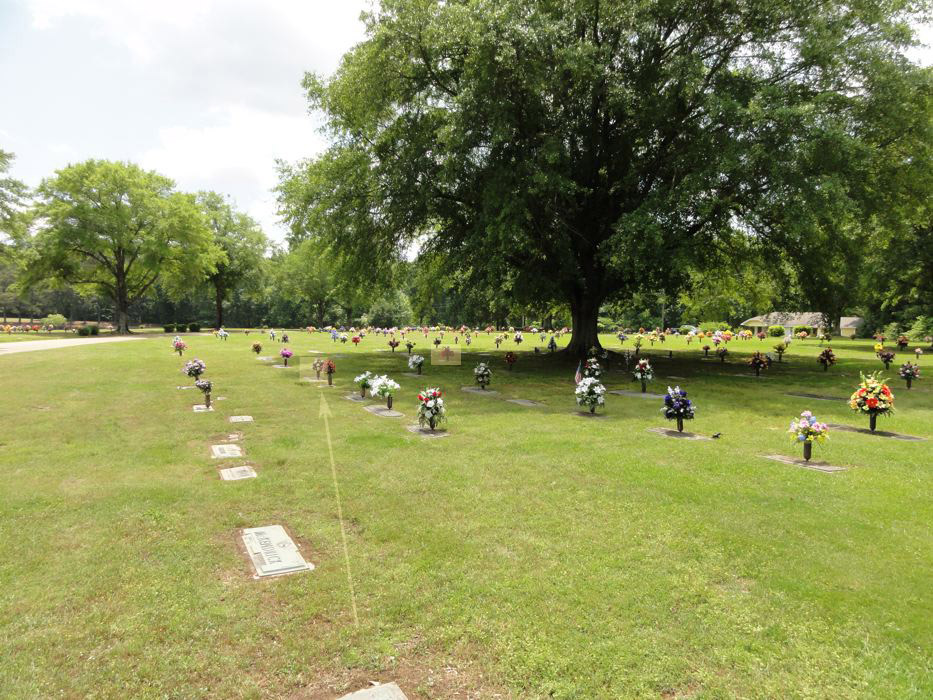 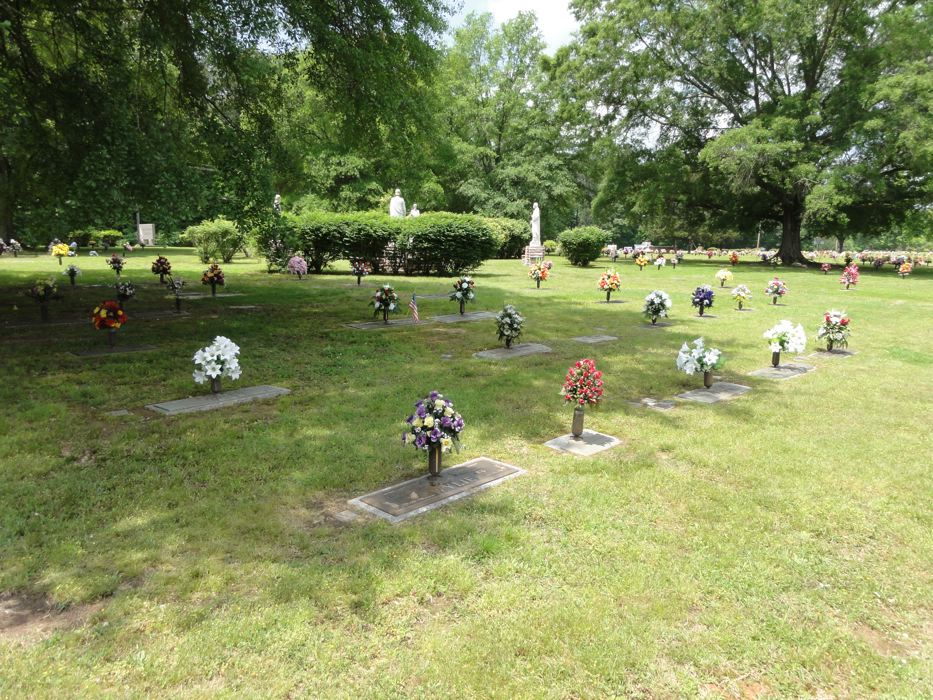 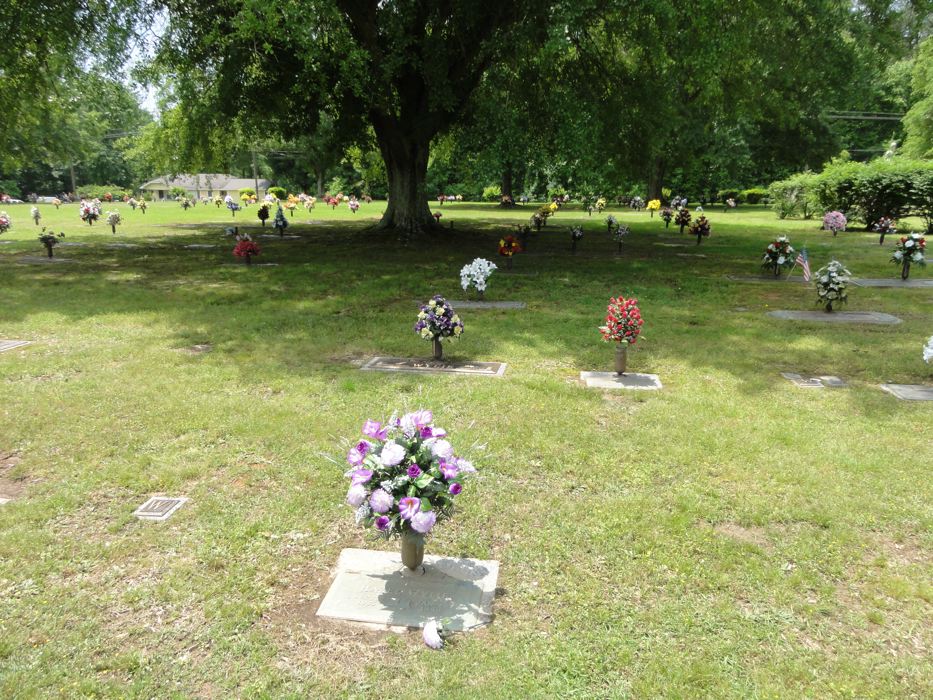 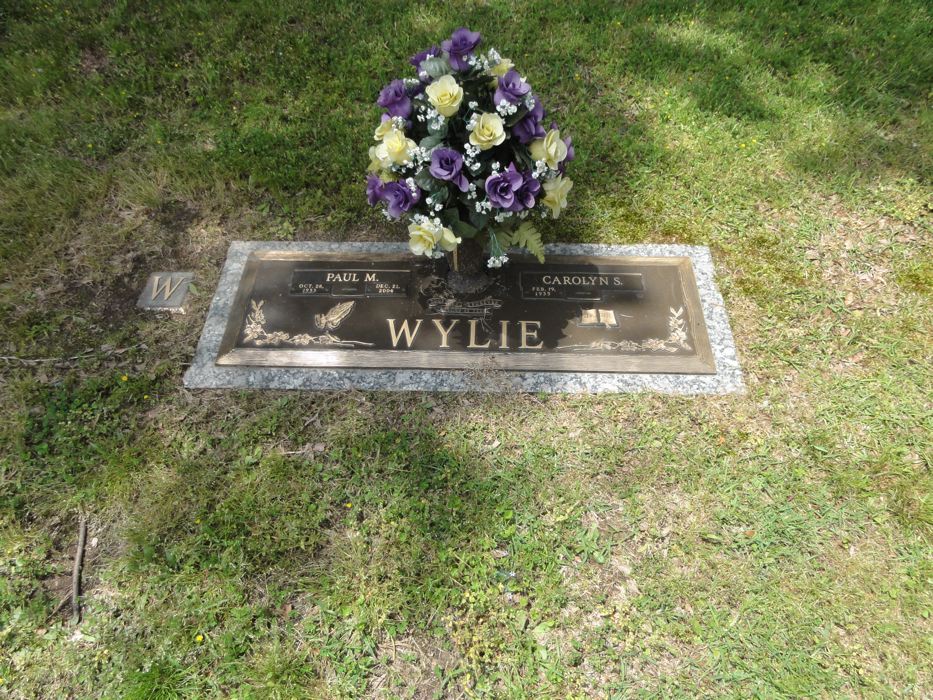 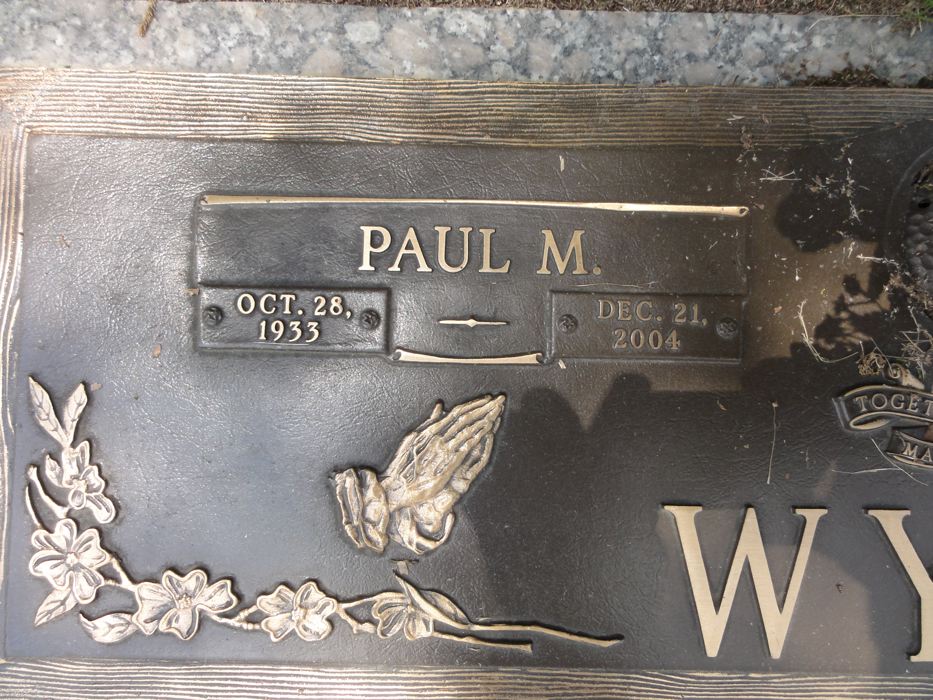 Special thanks are extended to a couple of people. My good friend Levi Side and I visited together in May, 2010. We were discussing the life of Gus Nichols, along with others who inspired his life. In his office and behind his desk were three 8x10 photos of preachers who have through the years inspired him in his life and preaching. One photo was of Gus Nichols. Another photo was of H.A. Dixon. The third photo was that of Paul Wylie. The photo on this site was taken from a snapshot of the picture that hangs on his wall. When putting this site together in 2011, Tom L. Childers sent me a bulletin article from the Sixth Avenue church in January, 2005. In it was a sketch on the life of Paul Wylie and signed as being written by the editor. Tom suggests that it was probably Ted Burleson that wrote it as he was the preacher there at the time. Either he or Levi must have written this beautiful sketch. Thanks to Tom and Levi for helping me build this lasting memorial.