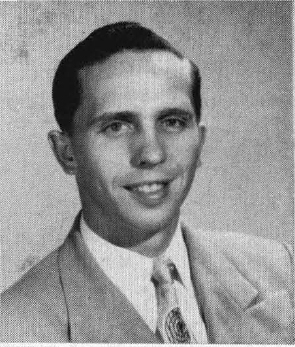 Brief Overview of the life of C.K. Allmond

Gospel preacher listed in Preachers of Today, Vol. 1, 1952, 15. He was baptized by his father, Hugo Allmond March 1942. He began preaching in Akron, Mich. in 1949. He received his training at Freed-Hardeman College and Florida Christian College. He was named after three gospel preachers: Coleman Overby, M. C. Kurfees, and his father, Hugo Allmond.

Coleman K. Allmond, 79, died Friday, May 15, 2009, at Natchez Community Hospital, Natchez, Miss. Graveside services was held in Lawrence Memorial Park at Walnut Ridge. Coleman K. Allmond was born at Lyon, Miss., to Hugo and Pearl Hargis Allmond. He was the minister of 61 South Church of Christ for 16 years and had been a minister for 60 years for the churches of Christ. He was preceded in death by his parents and a brother, Sidney Allmond. Survivors include his wife, Elsie J. Craig Allmond of Natchez, Miss.; sons, Michael and Mark Allmond; daughters, Merilyn King and Michelle Greybill; brothers, Tom, Ira and Steve Allmond; sister, Annette Allmond Mize; sister-in-law, Helen Allmond; eight grandchildren; and five great-grandchildren. Funeral services were under the direction of House-Gregg Funeral Home of Walnut Ridge.

Directions To The Grave of Coleman Allmond 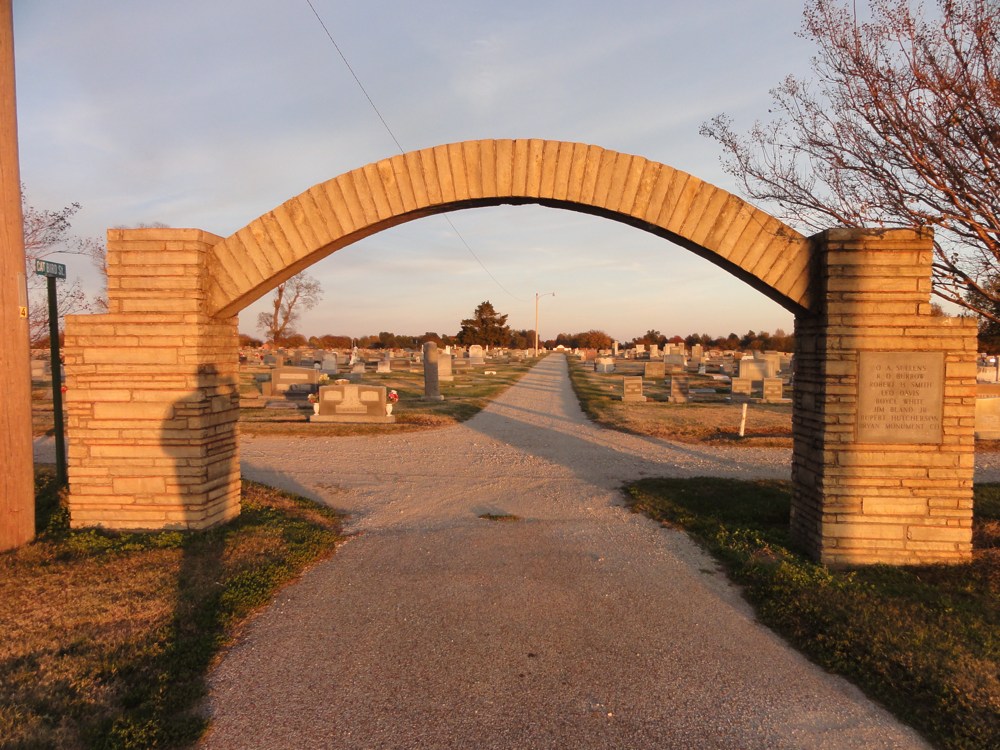 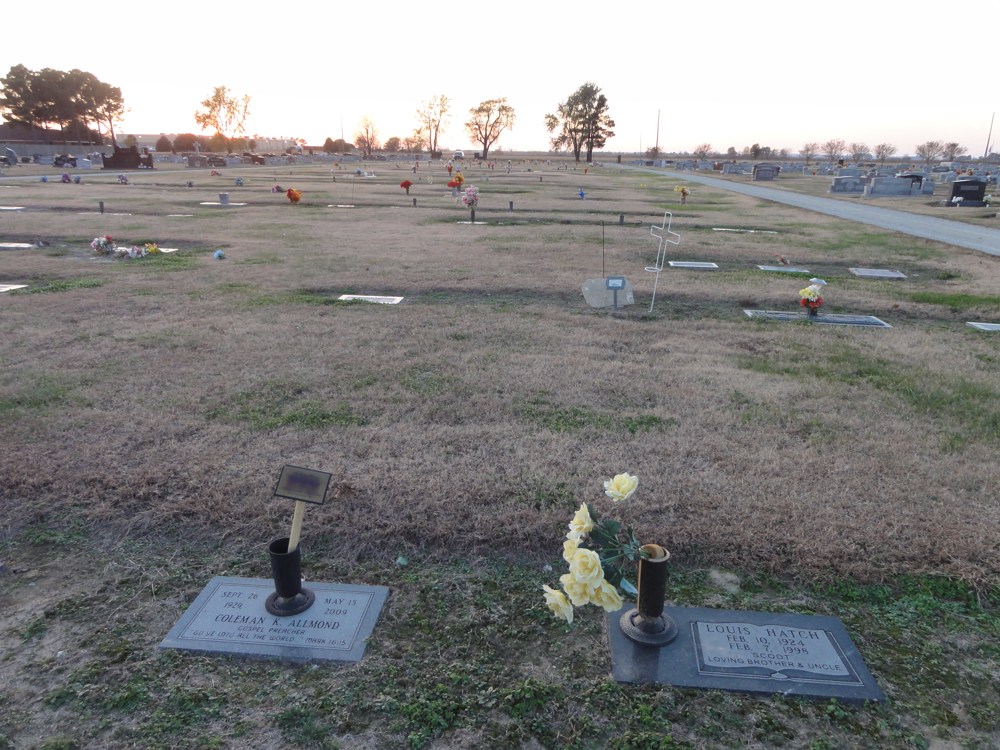 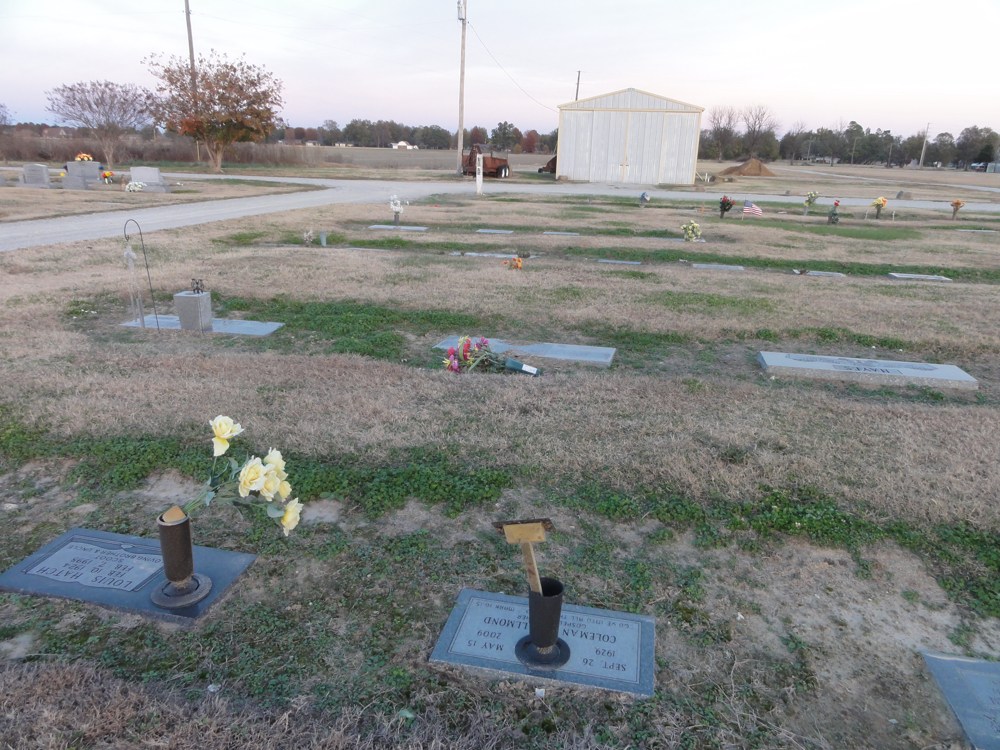 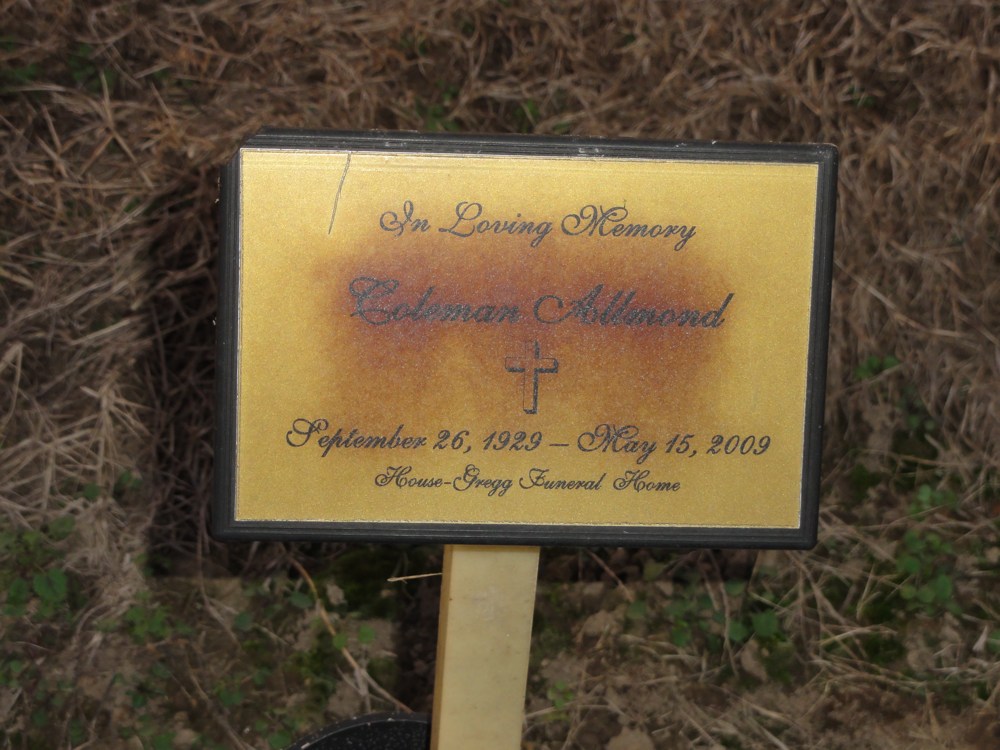 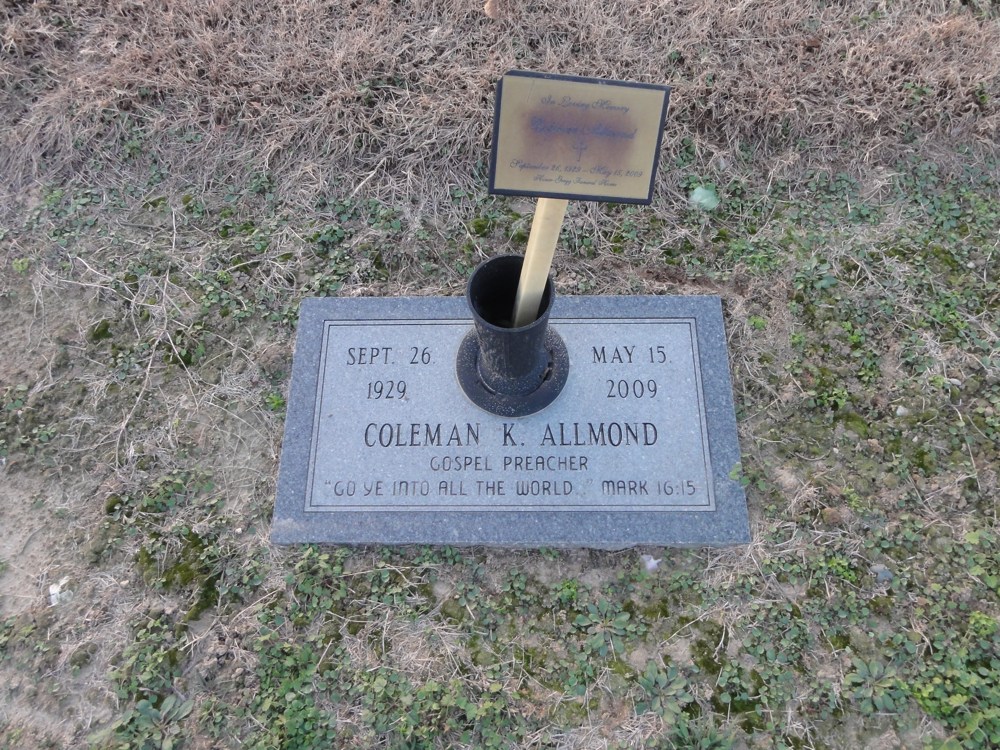 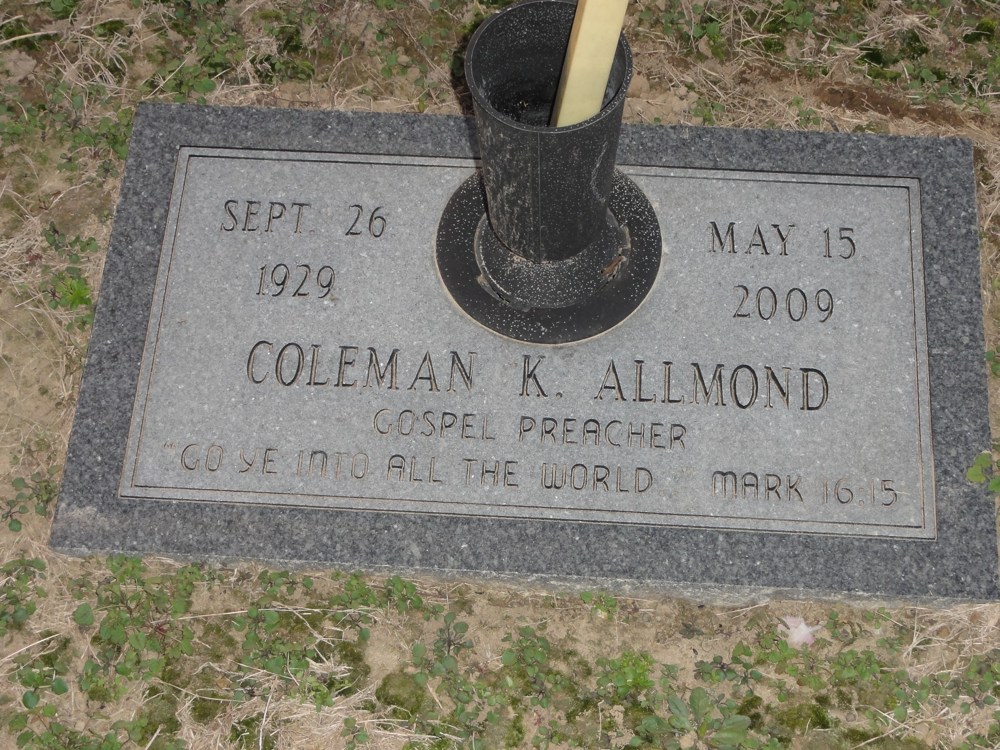 Photos Taken 11.13.2014
Webpage produced 11.24.2014 / update 09.07.2020
Courtesy of Scott Harp
www.TheRestorationMovement.com
*Special thanks to Tom L. Childers and Charlie Wayne Kilpatrick for assisting in the burial location. They along with your web editor took a trip into northern Arkansas to find the graves of gospel preachers of yesteryear in November, 2014. We traveled together three days and located the final resting places of nearly forty preachers and their families. It was a great trip. Many of the personalities we researched were chronicled in Boyd E. Morgan's book, Arkansas Angels, or later in Dr. Michael L. Wilson's book, Arkansas Christians: A History of the Restoration Movement in Randolph County, 1800-1995.