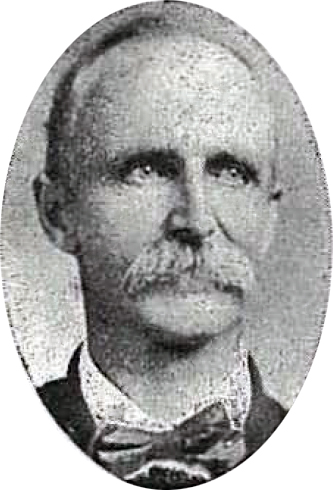 John Harvey Curry was born on Sunday morning, 8: 20 A. M., June 17, 1860 in Amity, Washington County, Pennsylvania. His parents were Levi L. and Nancy Knight Curry. The family moved to Morgan County, Ohio in September 1869. Bro. J. H. Curry respected education from his youth and sought to develop his talents by acquiring what education he could. He attended the public schools of Morgan County until he was eighteen years old. He then attended Pennsville High School, Pennsville, Ohio and Bartlett Academy. Immediately following his graduation he accepted a position in the Deavertown, Ohio public school. This was in November 1881. His plans were to make teaching his life's work.

In Deavertown several things happened which influenced him all the rest of his life. He met and married Miss Mary Lizzie Reese on November 20, 1884. The following year (1885) both he and his wife obeyed the gospel and became very active in the work of the church. Born to the couple were five children, one son and four  daughters. They were named Wilford, Ethel (now Morris). Bertha (Powell), Mary, (died at 11 months) and Bessie (Hepler).

In 1891, thirty-one years of age, Bro. Curry was advised by his doctor that he had a weak lung and should move south to a warmer climate. The cause of Christ flourished in Tennessee and the young teacher chose Portland of that state for his home. He had begun to preach and it was near Portland that he held his first protracted meeting the same year that he moved there. His education and ability were such that his services were in constant demand and for a  decade he preached and taught school in and around Portland. 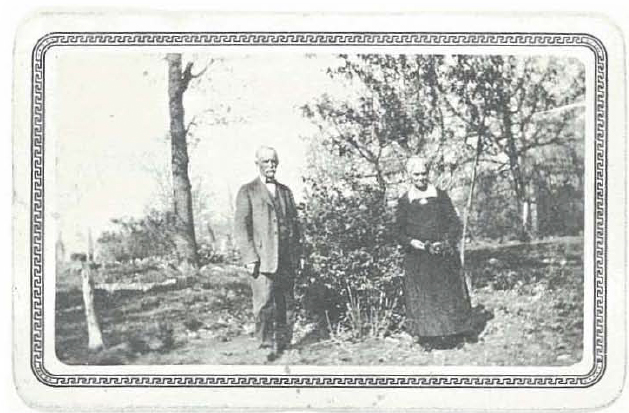 The Frisco railroad was built at the close of the 1800's from Memphis, Tennessee to Kansas City, Missouri. This opened up  the beautiful virgin Ozark section of Northeast Arkansas to easier travel. Bro. Curry migrated from Portland to Williford, Arkansas which was thriving from a new stone quarry business on the railroad.  This was in 1901. He taught school there that winter and after ten months during which he preached by appointment through the area, he bought a home in Ravenden, Arkansas and in March 1902 moved his family there where he was to spend the rest of his life. His name was to become synonymous with Ravenden and many preachers traveling by stopped with J. H. Curry.

Northeast Arkansas was proud to have such a well educated man and gave Bro. Curry a very high and most honorable acceptance. To his credit he never betrayed the trust placed in him and no taint of any kind was ever attached to his name to discredit either him or His Lord. His respect was maintained to and beyond his grave. He taught school for eight years in Ravenden, then in four nearby districts for several years. He would preach at home where the church flourished or saddle old "Bob," his horse, and ride to appointments in the area. He did much preaching for a thriving rural congregation in Randolph County on Eleven Point River known as Water Valley. In spite of the twenty mile (one way) ride he would be back in the classroom on Monday morning. He taught 1915-1916 in the Ash Flat school. His last school was at Brown near Bay in 1925-26.

His wife passed away November 23, 1924, and he married a beloved Christian widow, Mrs. Caroline Rowley in 1926. She was known as Miss Caroline by all. I remember her well. She was small, and quick and a very good scholar of God's word, very faithful and diligent in the service of our Lord. She took very good care of Bro. Curry.

Brother Curry continued to preach until July 1933 when he held his last meeting at Walnut Grove, in Clay County, Arkansas. Notable among his work was the writing of two books, 'Tommy and His Mother' and 'Adam and Eva Reconciled.' The Gospel Light Publishing Company continues to print and sell 'Tommy and His Mother'.

On July 5, 1938, past 78 years of age, he fell asleep in Jesus. Bro. Riley Henry preached his funeral at Ravenden. He was buried at Opposition Cemetery.

A relative newcomer to northeast Arkansas and Randolph County, John Harvey Curry. Having arrived from Tennessee in 1901, preached about thirty years. After being in the area only a few years he established an excellent reputation for effectively preaching the principles of the Restoration Movement. Burley J. Lemmons remarked in 1913, "The people all regard Brother Curry highly."1 (1 B.J. Lemon. "Randolph County Notes," The Christian Pilot (Nov. 4, 1913):4.) He was also a popular school teacher throughout northeast Arkansas.

The educated and polished Curry2 (2 Curry wrote a couple of books. This writer has a copy of Tommy and His Mother which has been reprinted by Gospel Light Publishing Company of Delight, Arkansas many times since Curry's death.) was widely used by many congregations in Randolph County including Valley Chapel, Glaze Creek,3 (3Dalton, History, p. 184. Dalton is clearly in error when he stated that Curry was among the "first ministers to preach at Glaze Creek" since that congregation was established more than fifty years before Curry came to Arkansas.) and Pocahontas.4 (4"When the congregation in Pocahontas, called the Christian Church, began a building program in 1913, Curry was master of ceremonies when the cornerstone of the building was set on Thursday, Jan. 2, 1914. The ceremony which included speeches by Curry and others, and a parade by the Local Lodge of Masons acting under a special dispensation granted by the Masonic Grand Lodge of Arkansas, was elaborate and impressive." See: "Ceremonies at Corner Laying," Pocahontas Star Herald, 9 Jan. 1914, p. 1.)

He was a native of Pennsylvania, having been born in Amity, June 17, 1860. He moved with his parents to Morgan County, Ohio, where he married and obeyed the gospel at ages 24 and 25, respectively.

Curry moved to Portland, Tennessee, in 1891 for health reasons, and ten years later moved to Williford and then to Ravenden Junction where he made his permanent home. The sainted teacher and preacher died July 5, 1938, and his 78-year-old body was laid to rest in Opposition Cemetery.

Directions To The Grave of J.H. Curry

Opposition Cemetery is near the North Arkansas town of Ravenden. From Pocohotas head west on Hwy. 62. At Imboden, turn west on Hwy 412. At Ravendon, turn left on S. 1st Street. This road winds around and across Spring River. Continue on unpaved road and turn right on W. Opposition Road. Travel a few more miles and cemetery will be on the right. Travel to the rear of the cemetery to find the grave of J.H. Curry. The stone is small. See photos and exact GPS location below. Also buried in the cemetery is J.S. Starling, the father of many Starling family preachers. 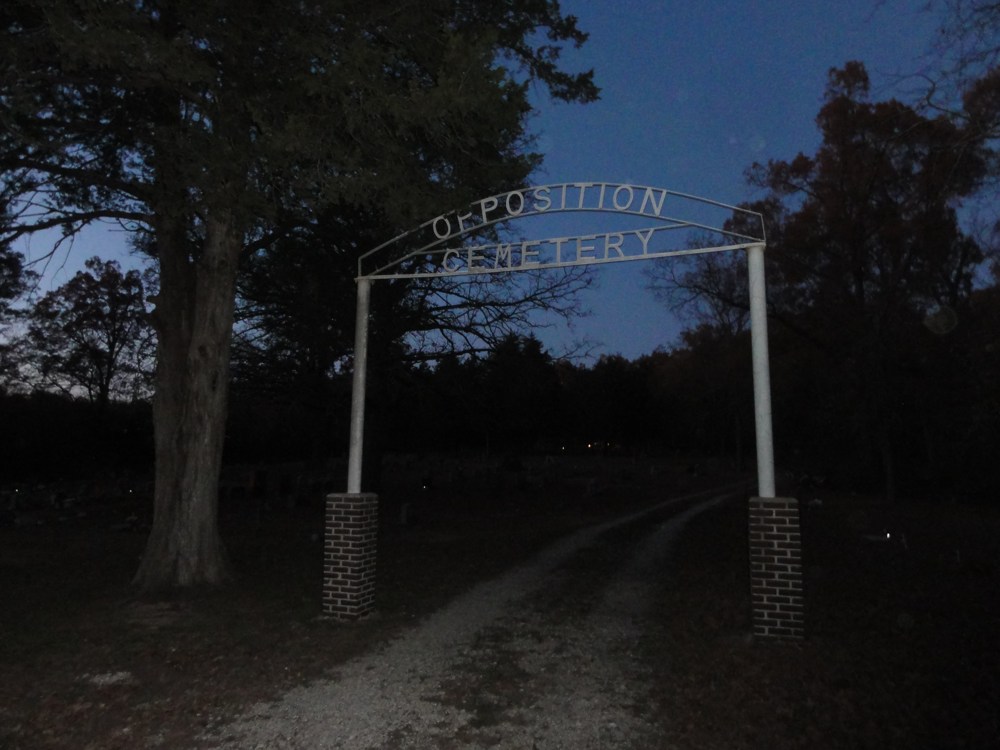 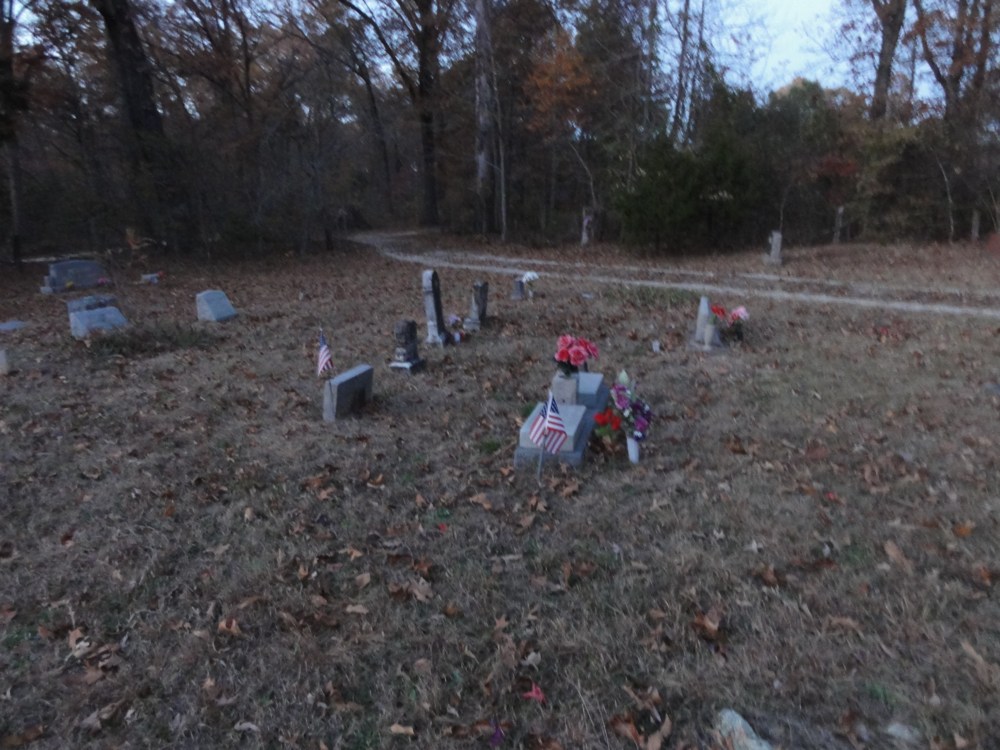 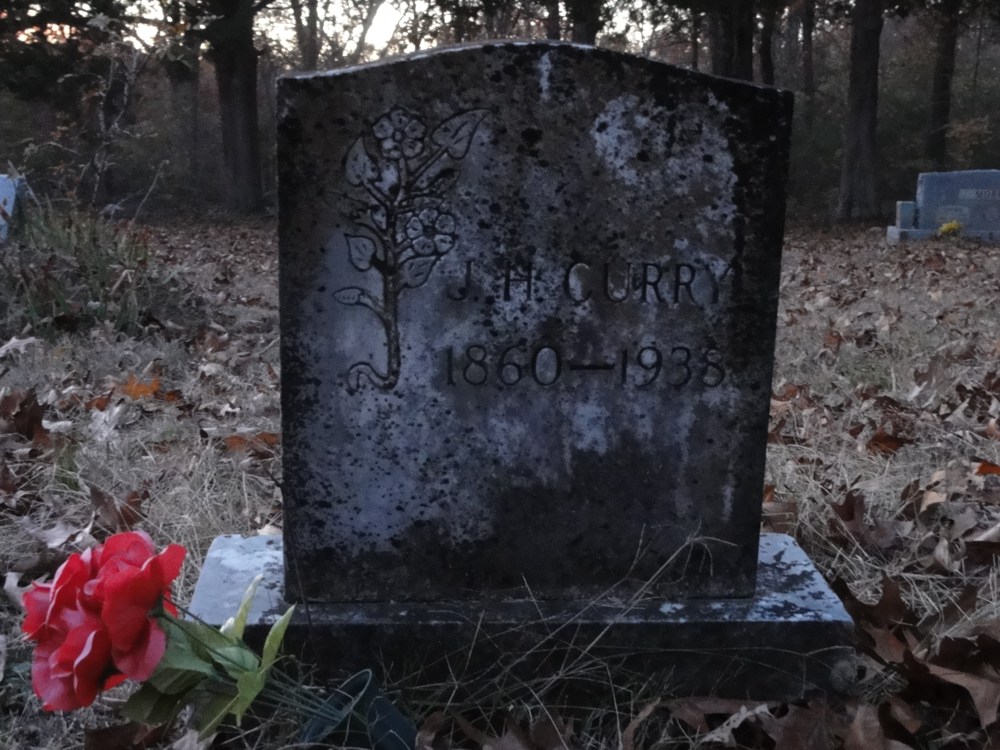 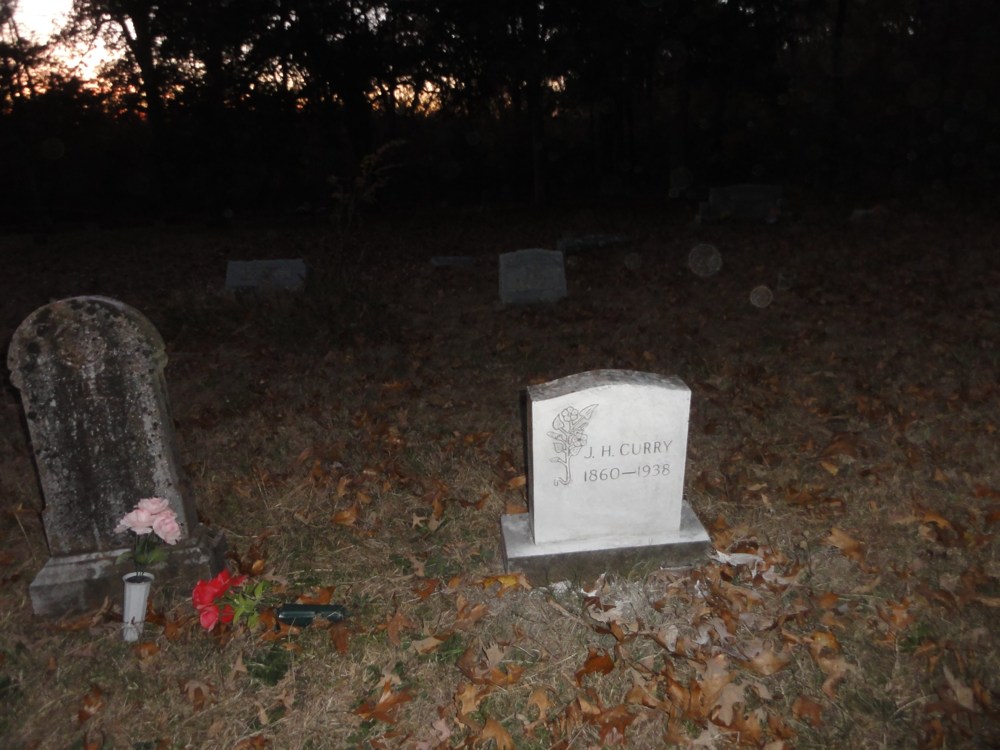 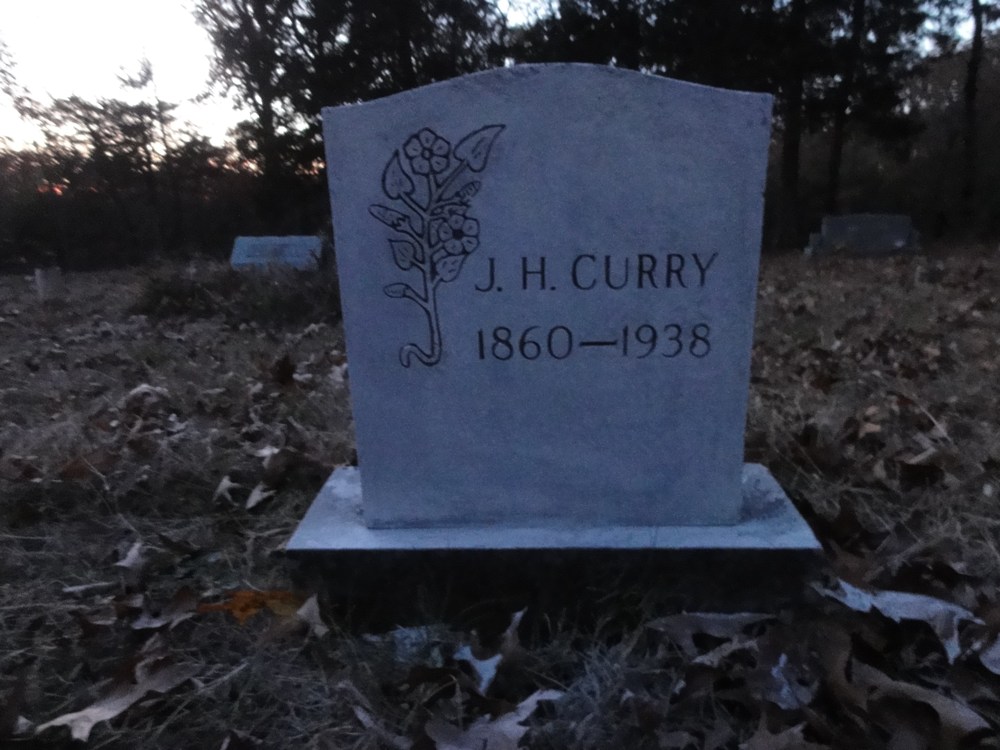 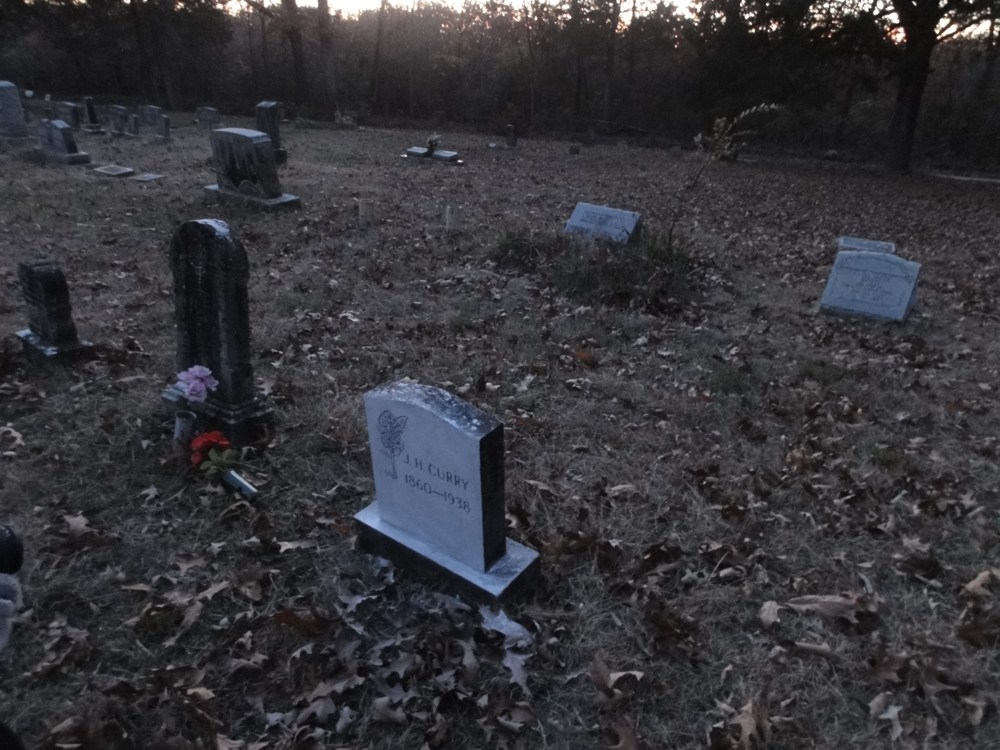 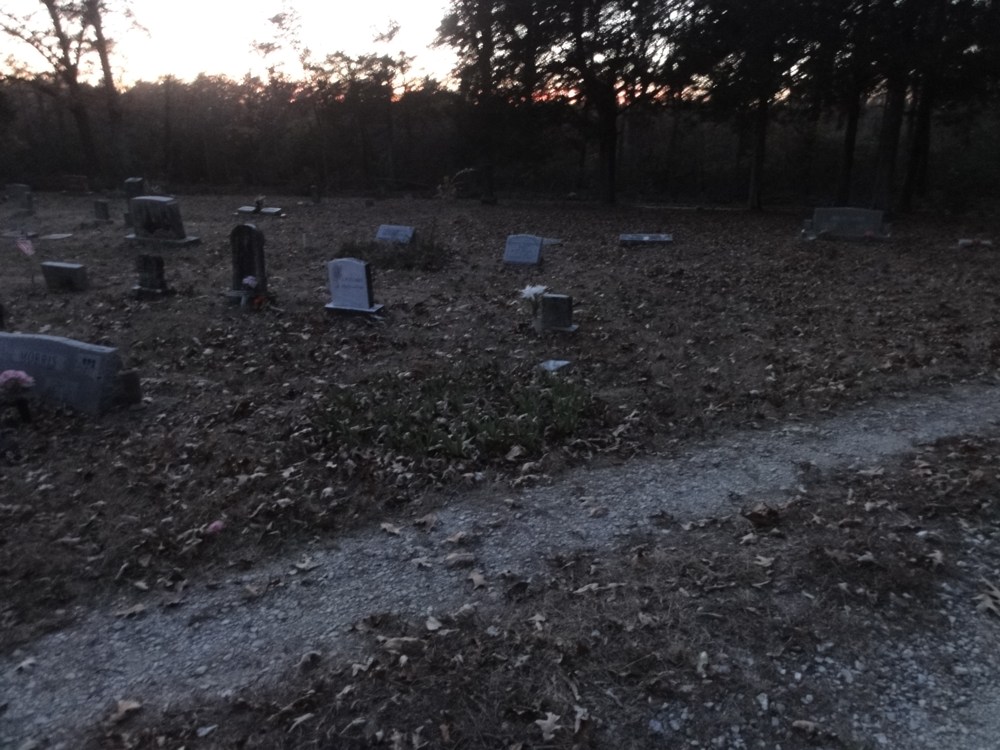 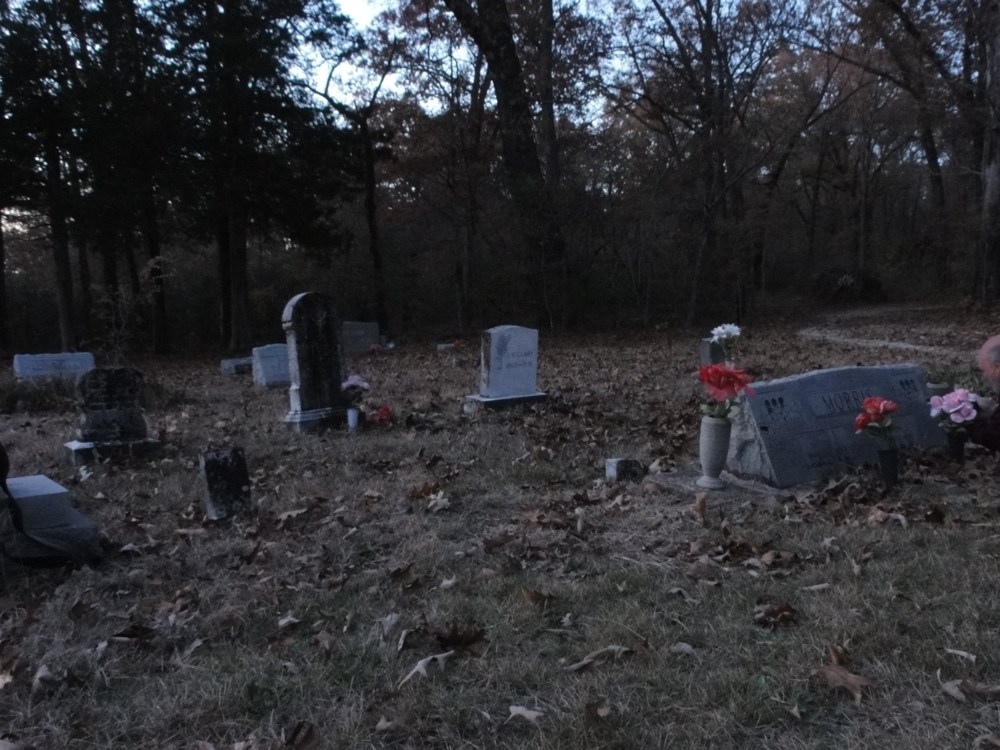