Biographical Sketch On The Life Of J. Harvey Dykes

J. Harvey Dykes was born at Hammond, Oklahoma, December 13, 1909. He was baptized by C. P. Roland in 1926. He was married to Miss Elizabeth Pankratz in 1931. To this union were born two sons, Patrick and Kermit.

J. Harvey Dykes had been a preacher of the gospel 35 years before joining the Harding faculty in 1967 as an Assistant Professor of Speech. From his youth, he was an effective gospel preacher. He was a diligent student of the Scriptures and was an eloquent speaker. Most of his work was done in Oklahoma, Kansas, and Michigan, but he held meetings in 35 States.

After retiring, he and his wife moved to Charleston, Arkansas, and he preached full time until failing health forced them to return to Searcy. He was co-author of "Ready Answers to Religious Errors," and was the author of "1900 Years Ago The Church of Christ Was Established." He contributed many articles to religious papers.

The funeral service was held at the College Church of Christ in Searcy and burial was in White County Memorial Gardens.

Mrs. Dykes, the former Elizabeth Pankratz, was a reference librarian and Assistant Professor of Library Sciences. While she worked, Harding library collection grew from 90,900 volumes to 173,900 volumes and circulation of materials grew from 50,000 to 110,000.

Sweethearts from high school in Cordell, Oklahoma, the Dykes were married July 24, 1931, and celebrated, with their families, a golden wedding anniversary in the summer of 1981. They exemplified a love and friendship that should exist between husband and wife. They enjoyed being with each other and remained sweethearts to the end. Each tried to out serve the other out of deep and genuine love for each other. When she died, her loving husband lived only 18 days before following her into eternal glory.

The Dykes' had two sons, Patrick, a businessman in Lakewood, Colorado, and Kermit, a Physics Professor at the U.S. Naval Academy, Annapolis, Maryland.

Other survivors of Mrs. Dykes include a brother, Ferd Pankratz of Cordell, Oklahoma.

Update: In an email dated August 09, 2005 we received an update from a family member with this information on survivors."Now, all of the brothers are gone and one of the sisters.Only Uzella Dykes Rice survives. You might be interested to know that Harvey Dykes, father of J. Harvey went with George Benson first to Morrilton, Arkansas and then to Searcy and built several of the buildings on the campus, several of which are still standing.He died on the campus on 1941.Bertha Hall Dykes, lived in Cathcart Hall and died in 1955 also on the campus. Patrick H. Dykes also attended Harding University along with many of the cousins." - Danese Dykes

Directions To The Grave Of J. Harvey Dykes

J. Harvey Dykes is buried in the White County Memorial Gardens in Searcy, Arkansas. White County Memorial Gardens is located on the southeast side of Searcy. Enter the cemetery and dead end. Turn right, note statue of Jesus in center of section to your left. Go to the next left and go to the sidewalk in the center of the section heading toward the statue of Jesus (west). Just a few sections in look to your right and the Dykes monument will be there on your right. See Map Page Here! 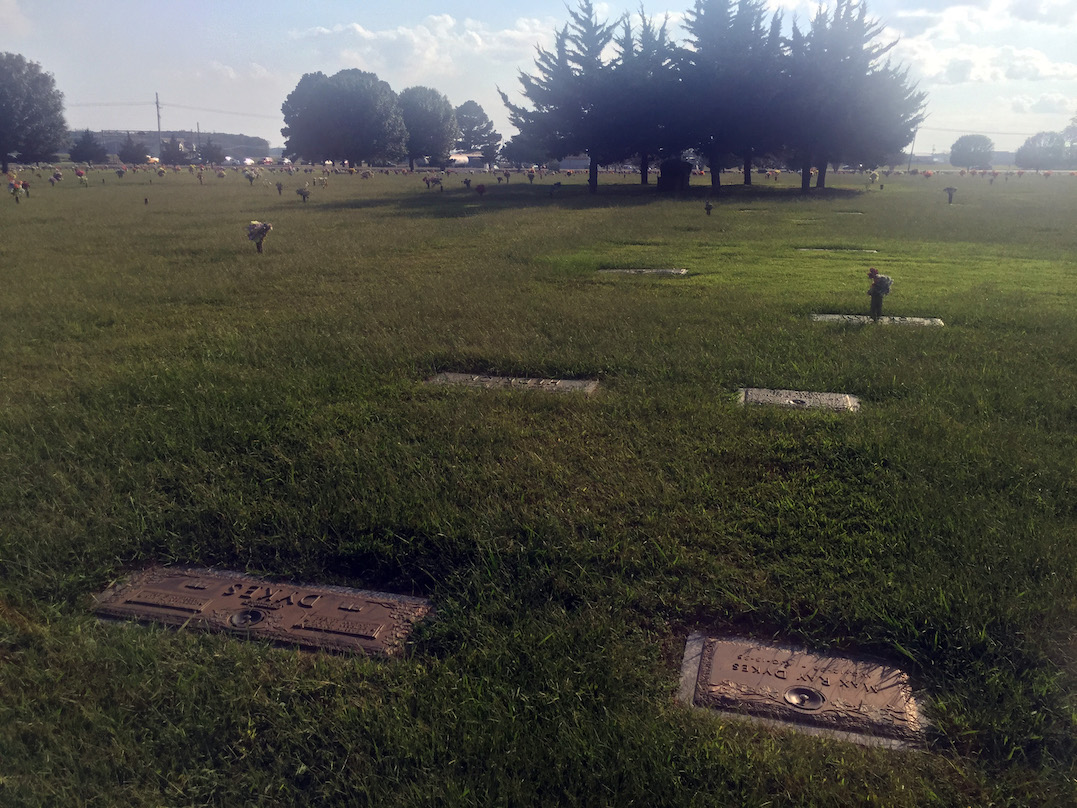 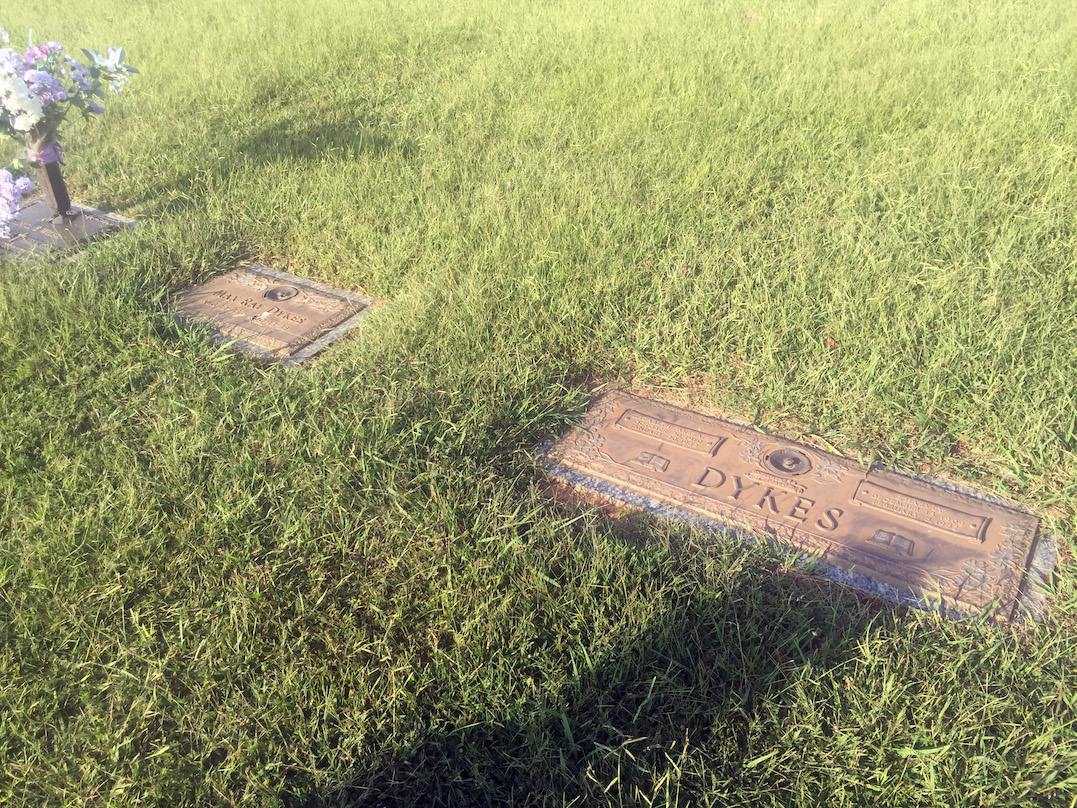 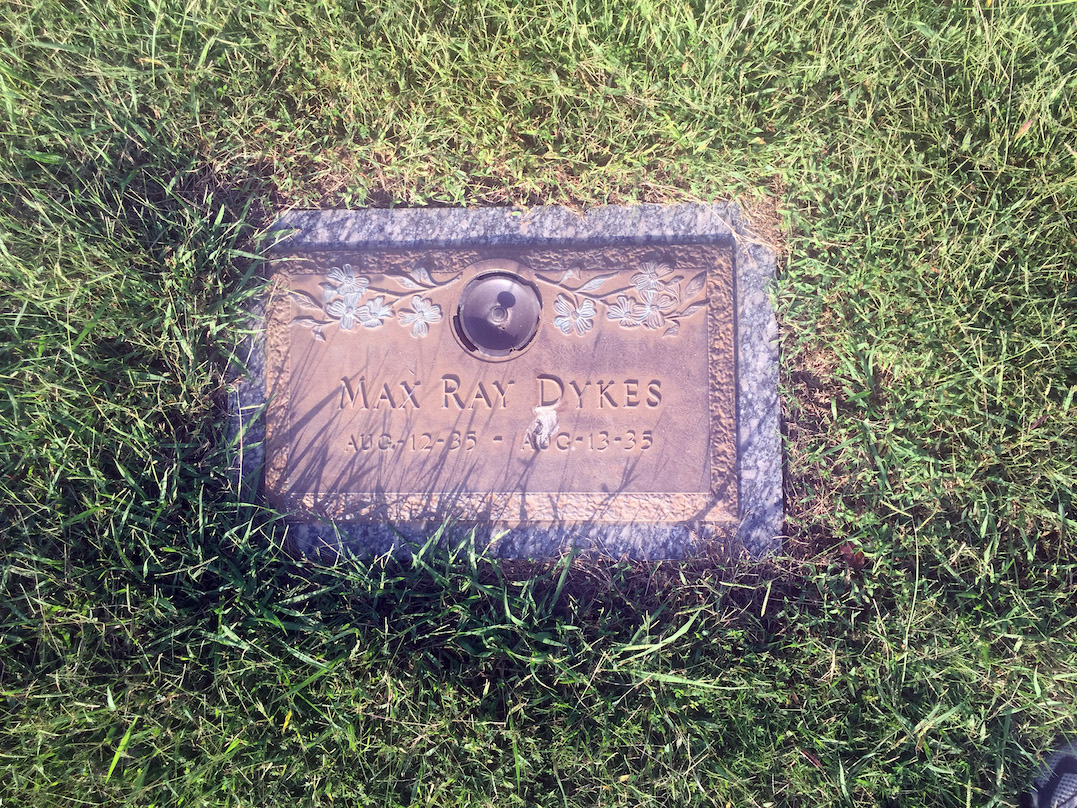 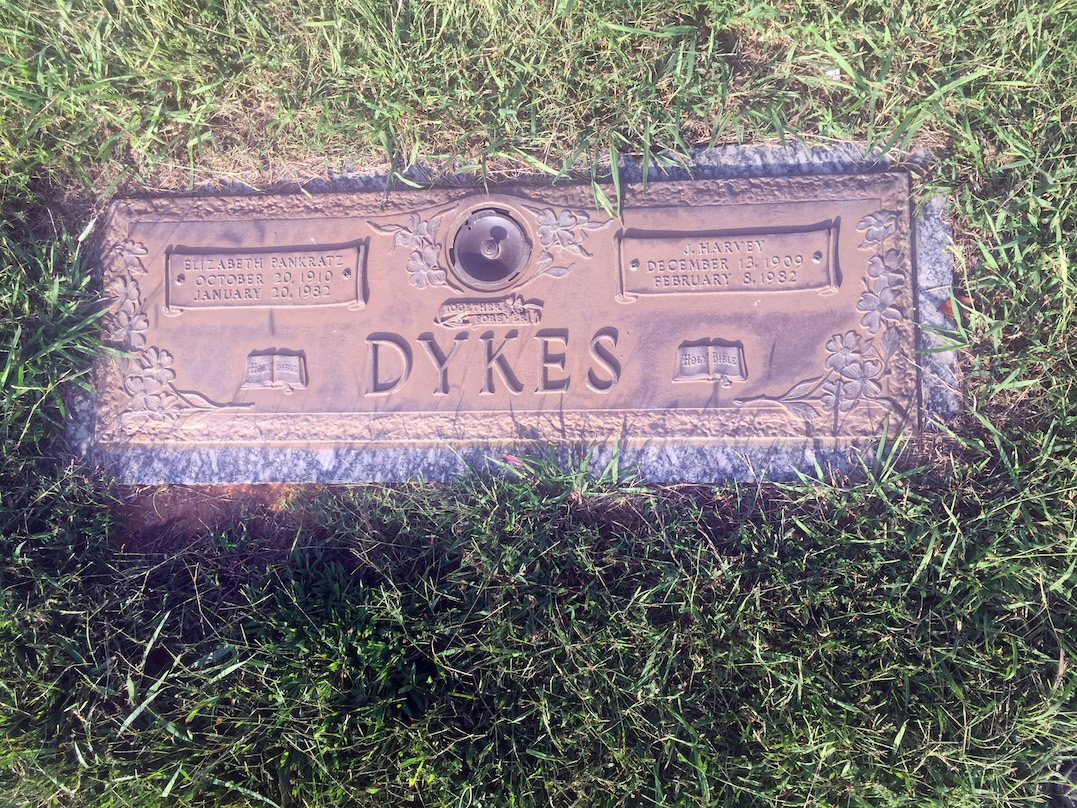