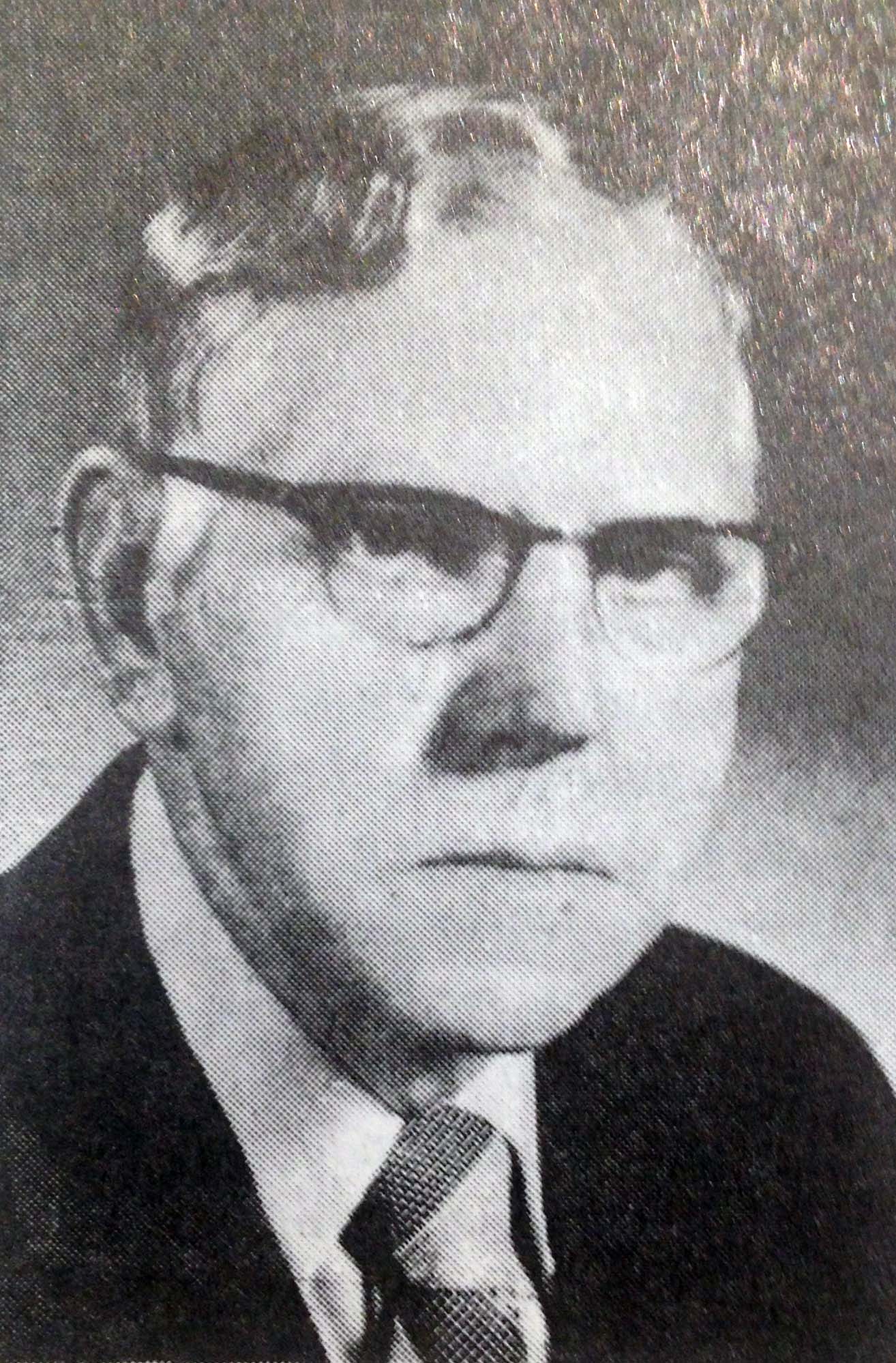 The Life of F.W. Gould

Frank William (F. W.) Gould was born in Vienna, Illinois, November 8, 1907. When he was twenty-two he obeyed the gospel under the preaching of the venerable I. A. Douthitt. During the next ten years he studied at Draughon's Business College, Paducah, Kentucky, and at Freed-Hardeman College, Henderson, Tennessee.

As a student at FHC he was privileged to learn from some of the greatest Bible preachers and teachers of his time. Men like H. Leo Boles and N. B. Hardeman became his mentors.

Gould married Anna L. Corzine and began a ministry that would continue 62 years at his home town of Vienna in 1932. He moved to Benton, Kentucky, in 1939 and worked with the church during the dark days of World War II. In 1945, he and his family (now consisting of Frances Ann, Laurel Anoia, and Iris Joan) moved to Mt. Vernon, Illinois, where he preached until 1949.

The Pyburn Street Church in Pocahontas called Gould in 1949. The elders of the church authorized his ministerial credentials in June of that year.

TO WHOM IT MAY CONCERN:
This is to certify that the Church of Christ, Pocahomas, Arkansas, recognizes F. W. Gould as a faithful gospel minister and qualified to attend to all the duties involved in the work of the ministry.
/s/ E. L. Perrin, For the Elders, Filed in my office this 1st day of June, 1949.
/s/ Bob Harvester, County Clerk1 (1 Randolph County Book 1. p.2.)

Gould enjoyed a successful ministry as an effective pulpit preacher, editor of The Noble Searcher, radio evangelist, teacher and debater. During his early years at Pocahontas he conducted a men's training class in which several men, Lowell Blasingame and Cecil Wilson among them, became acknowledged preachers. Gould also represented the church in a debate with Jame Ivy on the subject of "Salvation and Apostasy" in the old stock barn at the Randolph County Fairgrounds in 1950.2 (2 This writer remembers being present at the debate with his father, Cecil Wilson. See: Preachers of Today (1952), p. 137.) Gould's success as a gospel meeting preacher led him to conclude that he could do more good as a full-time evangelist than he could as a located minister. To this end he dedicated himself beginning in May, 1952.3 (3 Ibid.) This, however, did not work out as he had hoped. Gould returned to Pocahontas as the Pyburn Street minister and remained until 1955.4 (4 Preachers of Today ( 1959). p. 165. See: E. W. Stovall, "Gould To Return," The Noble Searcher (Oct. 18, 1957): 180. Hereafter referred 10 as "Gould To Return.") Summarizing his ministry of the 1950s, Gould wrote that he had preached over seventeen radio stations in eight states; conducted two hundred and twenty-five gospel meetings; assisted in establishing a number of congregations; and, baptized, among others, his father, mother, one brother and three sisters.4 (Preachers of Today. (1952; 59).

The Clements Street Church of Christ in Paducah, Kentucky, called him as pulpit minister in 1955. After remaining there a couple of years, he received and accepted an invitation to return to Pyburn Street in Pocahontas. In the October, 1957, issue of The Noble Searcher, E. W. Stovall stated that Gould had agreed to return to Pocahontas a third time. "Brother Gould who has worked with this congregation twice already wrote that he would consider the work again, and the elders in business meeting Sunday afternoon decided to use Brother Gould again," wrote the editor. "This arrangement," Stovall said, "has some advantage, since Brother Gould and family will not have the task of getting acquainted, as would a new man. Brother Gould is plenty able to do the work that is in progress here ... we hope for the church and the Goulds a great work together."5 (5 "Gould to Return.") Gould decided against returning to Pocahontas. however, and remained with the Paducah church for twelve more years. 6 (6 "Gospel Meeting Brochure," prepared by Michael L. Wilson, for Gould's meeting with the 5th and Pine Church of Christ, Rector, Arkansas, March 22-28, 1970.)

In 1970 Gould returned to Pyburn Street in Pocahontas as minister, and later as an elder and minister. After a number of busy years, and with age and health becoming negative factors, he stepped down from the Pyburn Street pulpit and discontinued his service as an elder. He continued to teach the auditorium class even though his hearing had become seriously impaired.

Gould continued to preach in meetings and do what he could to serve area churches. The last congregation for which he preached on a regular basis was Grassy lead in Clay County. But his health would not allow him to continue the work he loved so well.

On July 28, 1994, eighty-four year old F. W. Gould laid his earthly mantle aside and went to be with the angels. His memorial service was held in the Pyburn Street building, August 1, before a large crowd of mourners, and conducted by his long-time friend and brother in Christ. G.W. Allison, his son-in-law, Jim Phillips, a grandson, Mel Futrell, and a grandson-in-law, Mitch Walton. Phillips, Futrell and Walton are preachers.

The old soldier's body was interred in Randolph Memorial Gardens in East Pocahontas.7 (7"F. W. Gould," Pocahonts Star Herald, 04 August 1994, p. 7.) His beloved Anna remains at home. The great library that Gould had amassed over the years was distributed equally to his preaching family members.

Directions To The Grave of Frank Gould

The Randolph County Memorial Cemetery is located in Pocohontas, Arkansas. Head south out of town on Hwy. 67. The cemetery will be on the left. Enter at either entrance and drive around to the back side of the flag pole. Head into the cemetery are the very center and go back about 6 or 8 rows to find the Gould family plot. 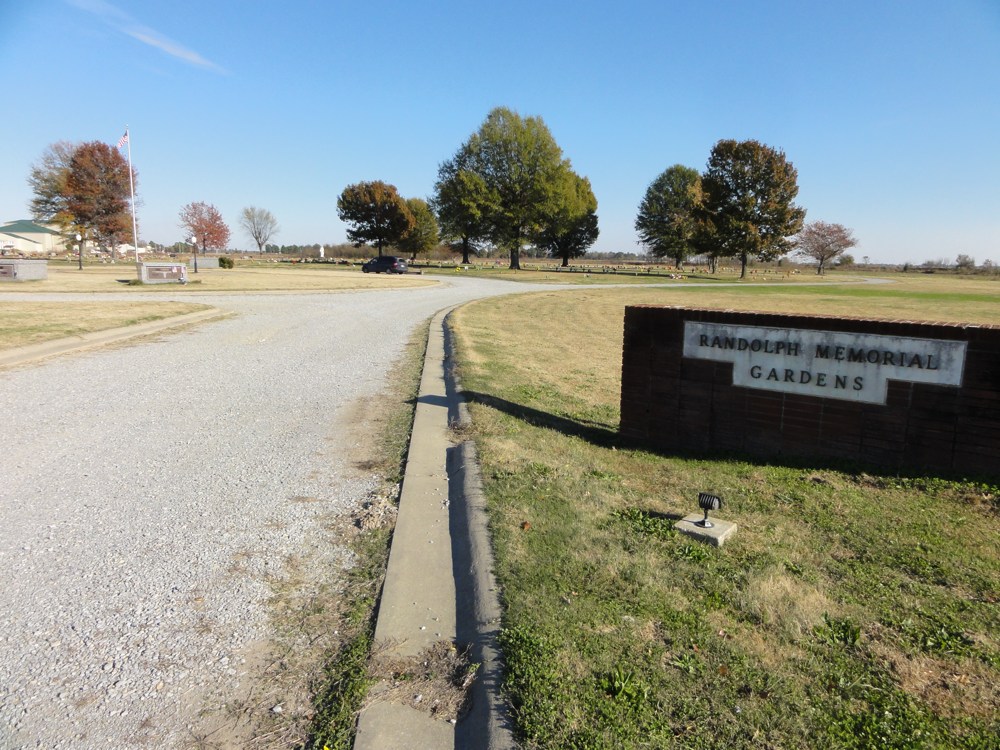 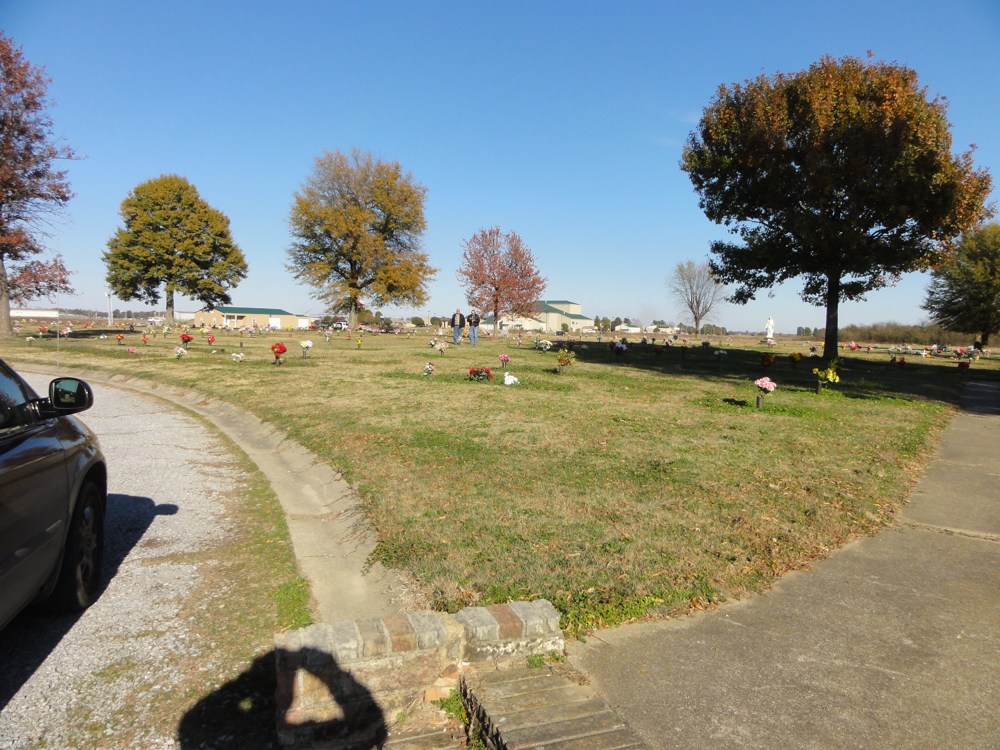 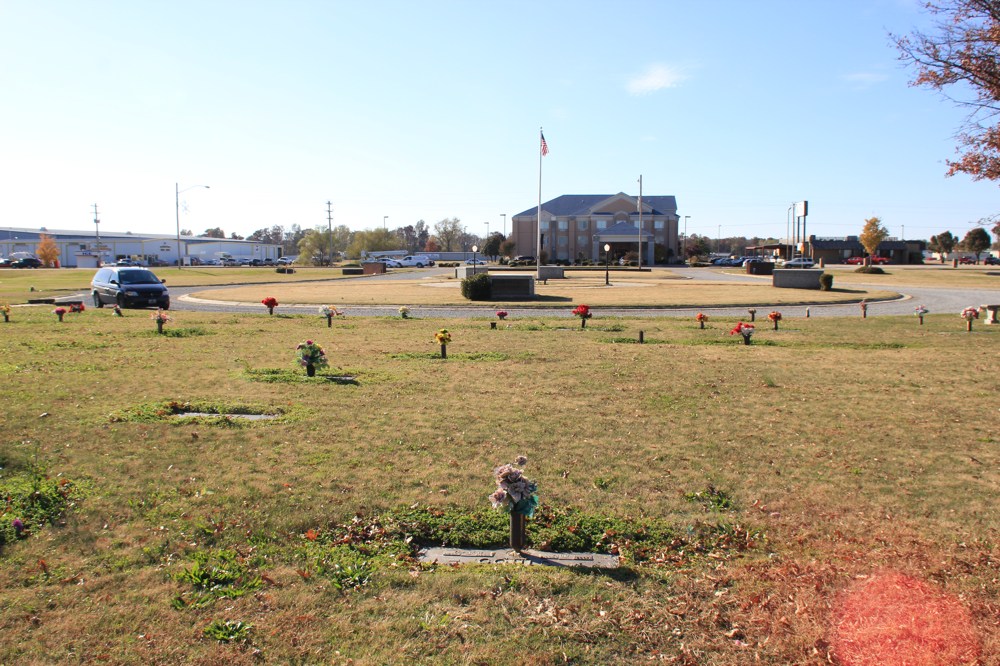 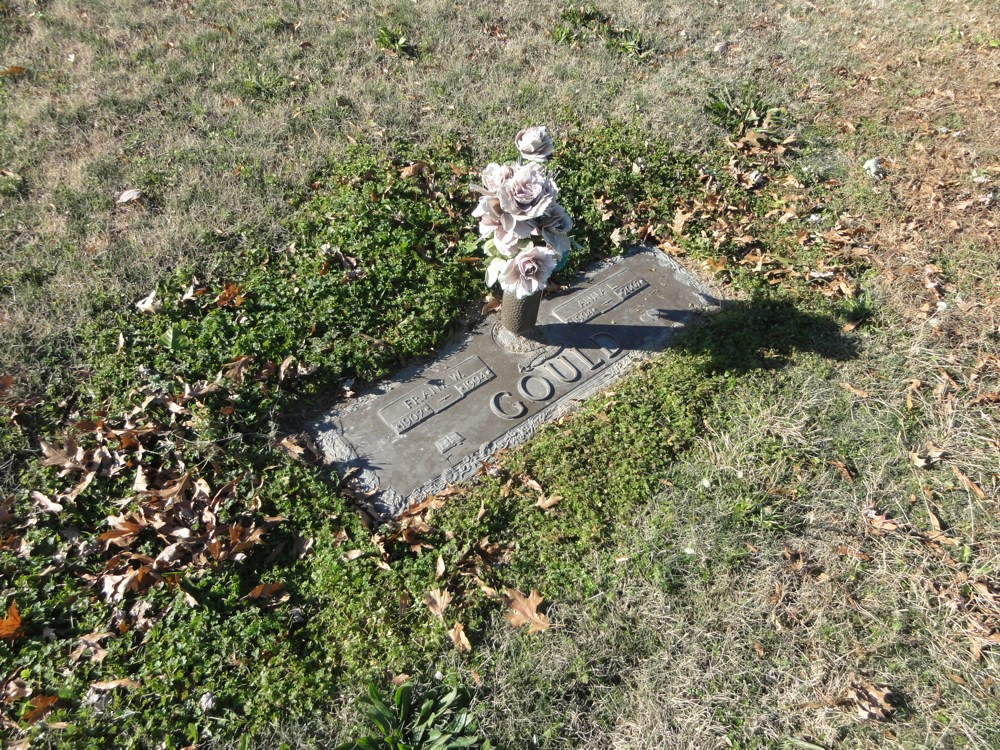 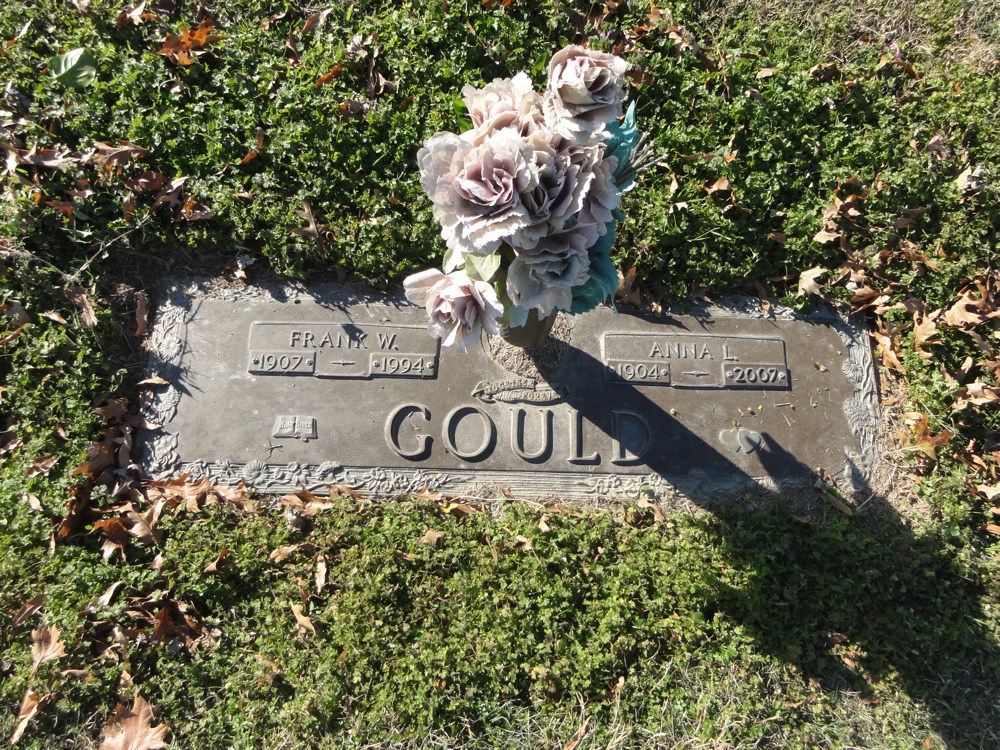 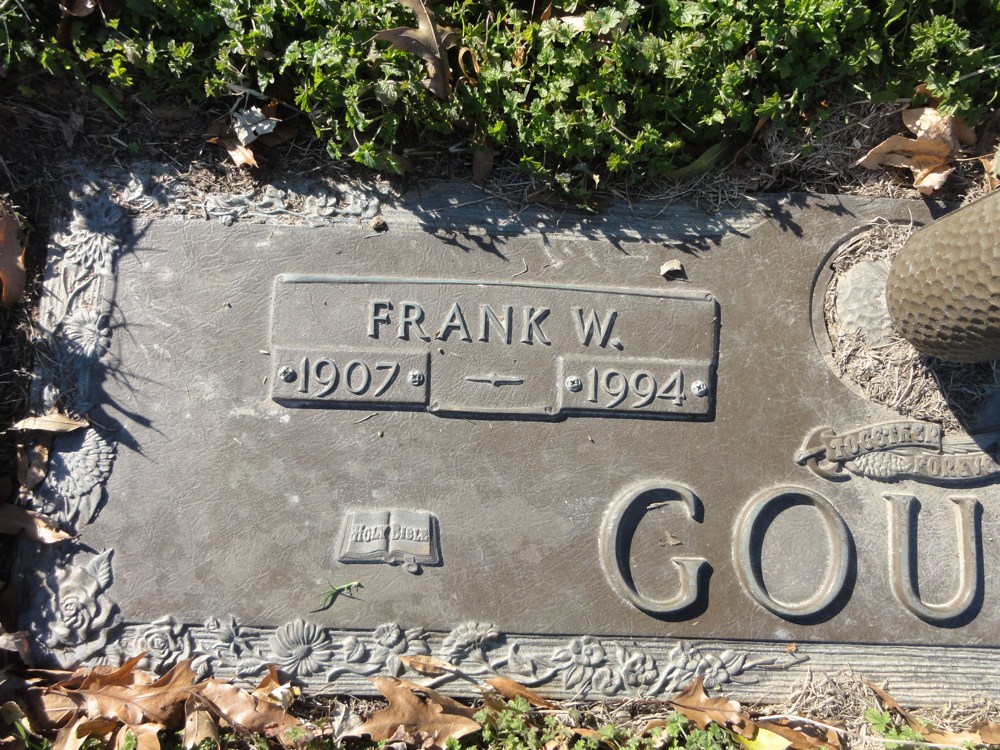