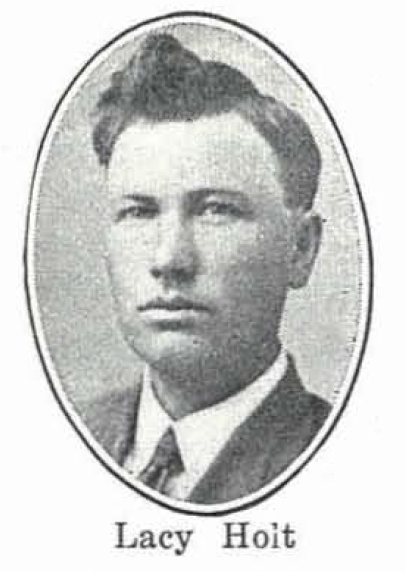 The Life And Work of Lacy L. Holt 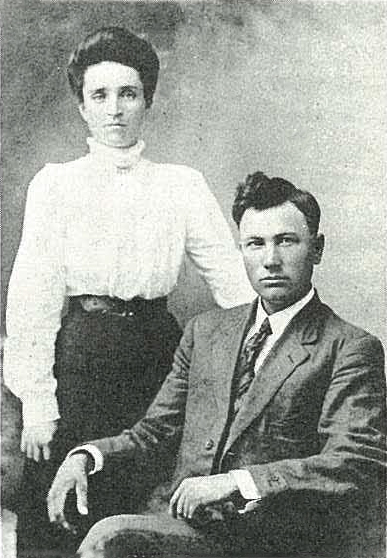 Both parents were devoted Christians before him. (See Hince Hulett's story). As a teen-age boy he was baptized into Christ by the illustrius Bro. Alexander Douglas, who resided in Sharp County at the time. August 22, 1906, Lacy was united in marriage to Miss Artie Johnson at Nelsonville, Arkansas. She also, was a child of God, having been immersed by Bro. Henry Wiggs during a meeting conducted by Bro. Andy T. Ritchie, Sr.

The young couple first settled near a now non-existent community known as Blandsville. Bra. Holt, already an able preacher made and kept many appointments in the numerous rural congregations of the region. The next move was to Poughkeepsie, Arkansas but they did not stay there long until they moved to Flatwoods, a rural community some ten miles to the Northeast. Here they bought their first home and in this home, August 21, 1919 was born their first and only child, Naomi.

Bro. Holt was an able preacher of the gospel and being recognized as such was offered the opportunity to preach regularly for the church in Batesville. This was indeed a compliment as several other able ministers of God's Word lived in the general area and very few indeed were the churches then who would undertake to support a gospel preacher. Batesville was one of the few. Bro. Holt accepted the offer and mov'ed there when their baby was around 2 1/2 years old. The work prospered, but Bro. Holt having only the education received from the public schools Qf his county felt a keen desire to seek higher education and enrich his service to God. This desire lead him to enter Harding College, then located at Morrilton, Arkansas.

In 1924 he was offered and accepted work with the church in Tuckerman. For two years he labored with the good church there enjoying the priviledge of local work never offered to many good preachers of the time. The quality of his preaching was striking, and the simplicity of his spirit permeated to the hearts of his hearers. But it was as an evangelist that Lacy L. Holt was so outstanding. This success caused him to purchase a farm home at Imboden, Arkansas to which he moved in 1926 and remained until his death March 21, 1943.

When Lacy and Artie had been married only eight or nine years they visited with Arthur, Lacy's brother who lived in Lawrence County at Old Walnut Ridge. This was somewhere around 1916. Lacy held a meeting and the couple stayed with Arthur and his wife during the meeting. Arthur had· married Effie, daughter of Bill and Eva Smith, on whose farm I was born in 1917. Arthur was a member of the church but his wife's father and mother were not. After hearing Bro. Holt deliver a discourse on the fallacy of trusting in feelings, Bill Smith went out in the dark and it was so dark he had to feel around over the horses and wagon to hitch the traces. He was heard to comment, "Huh! He says feelings are no good, but I sure have to use them tonight." Before the meeting was concluded both Bill Smith and 'his wife were baptized in Running Water Ditch. They became staunch supporters of the church in Walnut Ridge. My first reading of gospel papers was at Uncle Bill's and Aunt Ev's where she saved me "The Christian Worker." The couple encouraged me much when I first began preaching and I used the money I earned from a share crop of cotton with Uncle Bill in 1934 to help me during my first year of college.

Lacy also baptized Mrs. Maylon Smith, mother of Bro. Lonnie Smith, minister at Doniphan, Missouri. She and her husband became loyal supporters of the cause and charter members of the Walnut Ridge church. 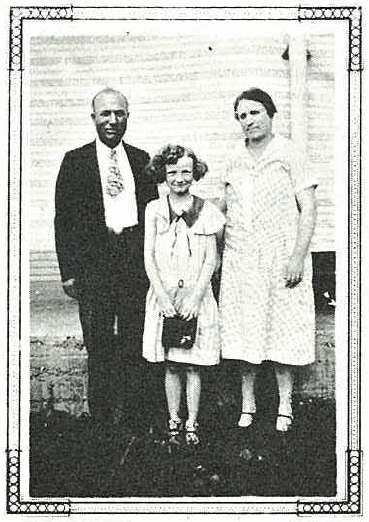 Pay for meetings in those days was often anything but ample. Once his entire summer of meetings netted only $85.00 for them all. He had preached more than three months. Once in a good meeting at Poughkeepsie where seven were baptized, the brethren had no money, but two brothers, Willie and John Smith, who were loggers loaded him up a wagon load of lumber and delivered it to his house.

To Bro. Holt goes the distinction of baptizing the oldest person I have ever heard of. A man 103 years old. It was during a brush arbor meeting at Egypt, Arkansas. Total additions were 150 for the one meeting. Among those baptized were some grandchildren of the old gentleman. He had outlived his own immediate family and made his home with the grandchildren. When he expressed a desire to hear the preacher everybody was talking about, the grandchildren brought him and placed a chair for him directly before the preacher. He listened raptly and said, "Now that's preaching, that's the truth." The third night he attended, he demanded baptism. Being crippled they baptized him in a chair In Cache River. Bro. Holt held eight other meetings at Egypt.

In 1931 he held a debate at the Rocky Point Missionary Baptist Church at Ponder, Missouri. After the debate the Baptist never met anymore.

Being an able debater he had many discussions with tJ;te denominations and quite often on short notice. Once at Ravenden Springs, Arkansas the brethren came after him in the middle of the week to meet a Baptist, a Mr. Gibson, beginning the next Monday night. During this debate Mr. Gibson made some defamatory remark about members of the church of Christ and told Bro. Holt, "That's the reason we don't pray for you Campbellites." Holt replied that it was alright if they didn't for God didn't hear a sinner's prayer anyway according to John 9:31. He also met Mr. Weaver, Baptist, at Hardy.

My wife and I have visited In the Holt's home in Imboden and admired them dearly. We lost our first child and requested Bro. Holt to preach the funeral which he did and comforted us as much as possible under the circumstances. Sister Holt still lives and resides in Lynn, Arkansas. Naomi, their daughter, is the wife of Brother Waymond D. Miller, well known gospel preacher. 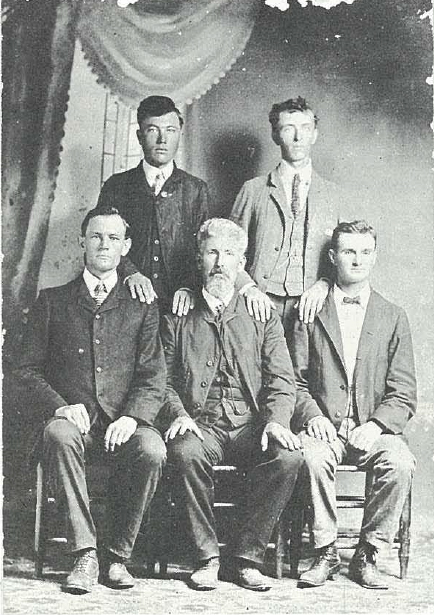 Pictured seated: L. To R. Bro. R. A. Robbins, A. Douglas, and Joe Puckett.
Standing: L. to R., Lacy L. Holt and Robert H. Montgomery.
This was made at Hardy around the turn of the 20th Century and features a group
of gospel preachers of the Ash Flat-Center Area in Sharp County, Arkansas.
-Boyd E. Morgan, Arkansas Angels, page 6.

Directions To The Grave of L.L. Holt

Lacy Leonus and Artie Holt are buried in the Hope Cemetery in Imboden, Arkansas. Imboden is located west of Pocohontas, on Hwy. 62. When arriving in Imboden turn left, then right on Lawrence Rd. 203 (South Main). The cemetery is on the left. Turn into cemetery and head toward the middle of the section. 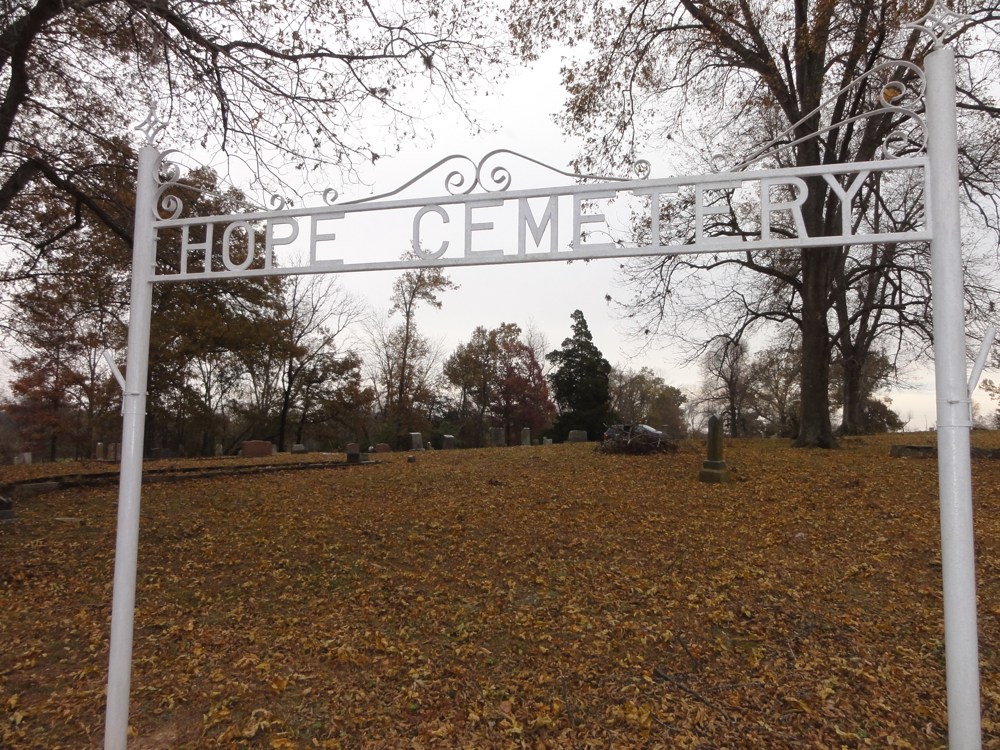 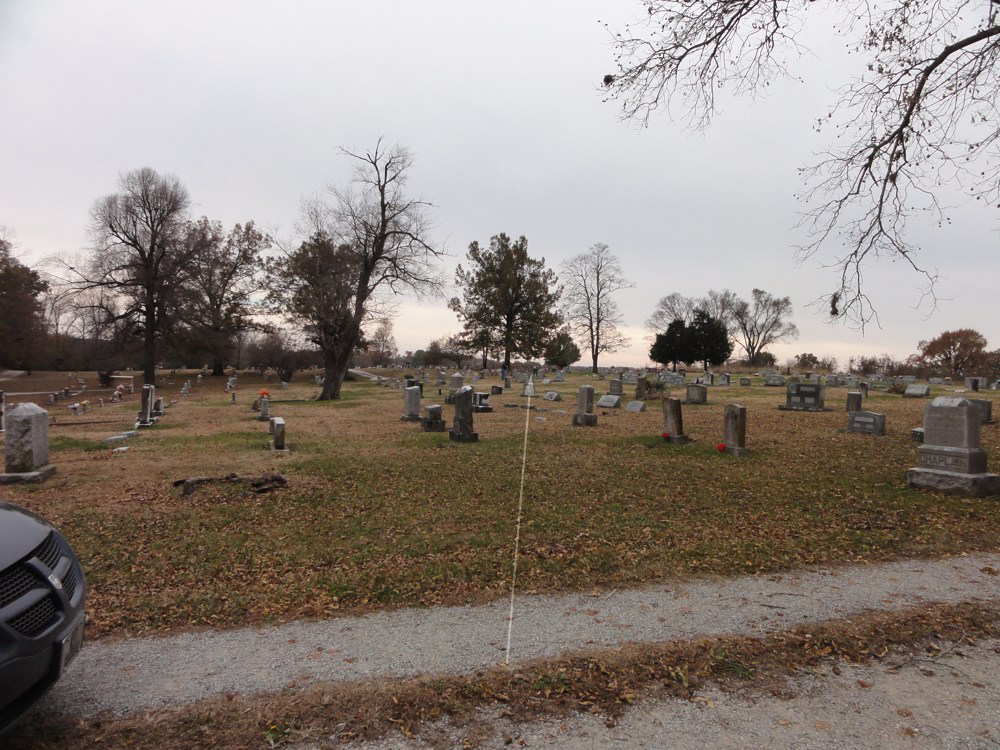 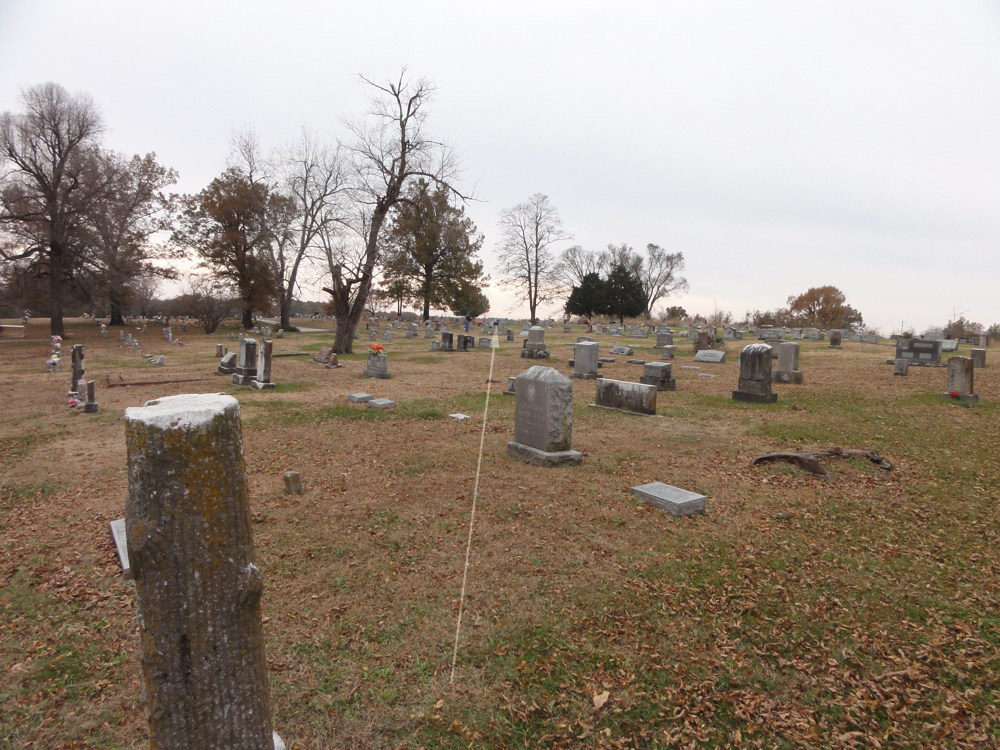 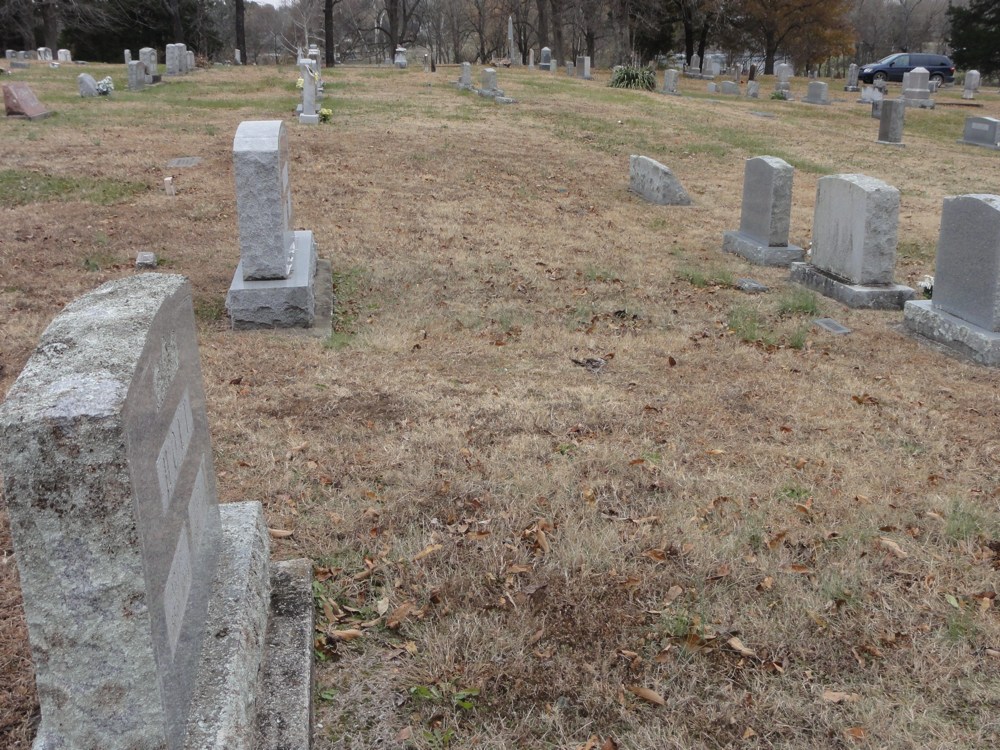 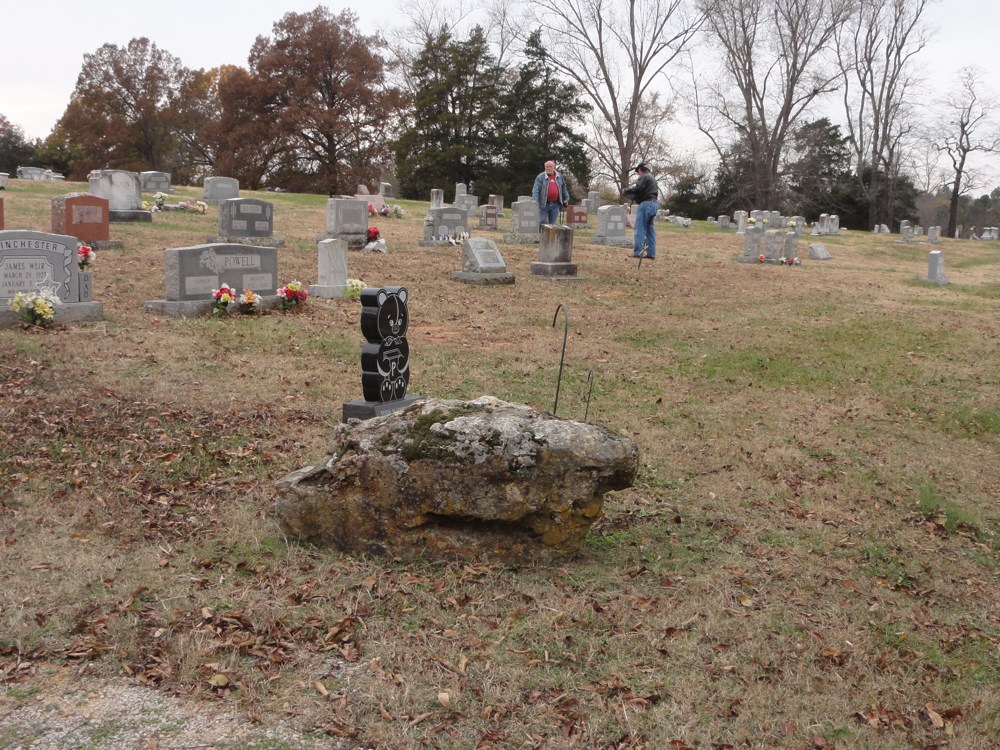 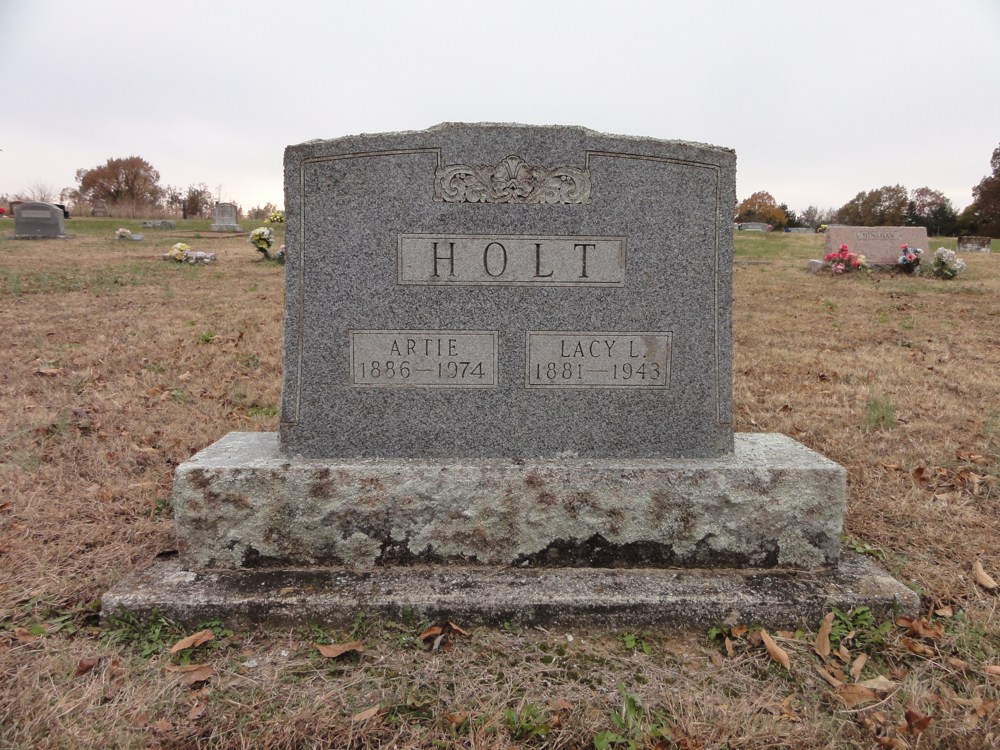 **Special thanks to Tom L. Childers and Charlie Wayne Kilpatrick for assisting in the burial location. They, along with your web editor, took a trip into northern Arkansas to find the graves of gospel preachers of yesteryear in November, 2014. We traveled together three days and located the final resting places of nearly forty preachers and their families. It was a great trip. Many of the personalities we researched were chronicled in Boyd E. Morgan's book, Arkansas Angels, or later in Dr. Michael L. Wilson's book, Arkansas Christians: A History of the Restoration Movement in Randolph County, 1800-1995.