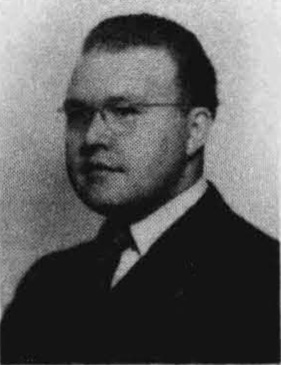 A Young Student At Freed-Hardeman College in 1933

The Life Of William Henry Hull 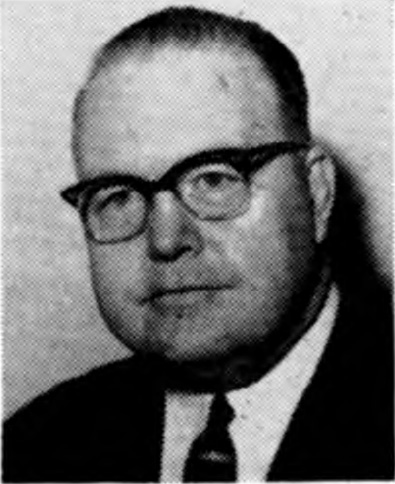 William Henry Hull was born May 23, 1916. He was married to Irene Elizabeth Hoddock on Jan. 10, 1943. To this union was born three children, Rebecca Jane, Elizabeth Kay, and Henrietta Sue.

William was baptized in May, 1930 by Thad Hudson. He began preaching in McKeesport, Pennsylvania, in 1940. He attended Fairmont State Teachers College and Freed-Hardeman College. Through the years he worked with several congregations of churches of Christ including the McKeesville, PA church from 1940-1942, the Morgantown, W. Va., church from 1942 to 1944, the South Charleston, W. Va. church from 1944 through 1948, the Central Ave. church in Memphis, Tennessee from 1955 to 1959, and the Boliver, Tennessee church from 1959 for several years. Other churches are unknown at this writing.

Through the years, brother Hull was involved in debates, one with a Christian Advent minister, and another with a Missionary Baptist. He evangelized at the State Penal Farm while working in Covington, Tennessee, establishing a congregation in the prison. He also carried on a daily radio program while in Covington and while in Boliver.

He passed from this life the 12th of August, 1979. His mortal remains rest in Jonesboro, Arkansas' Memorial Park Cemetery. 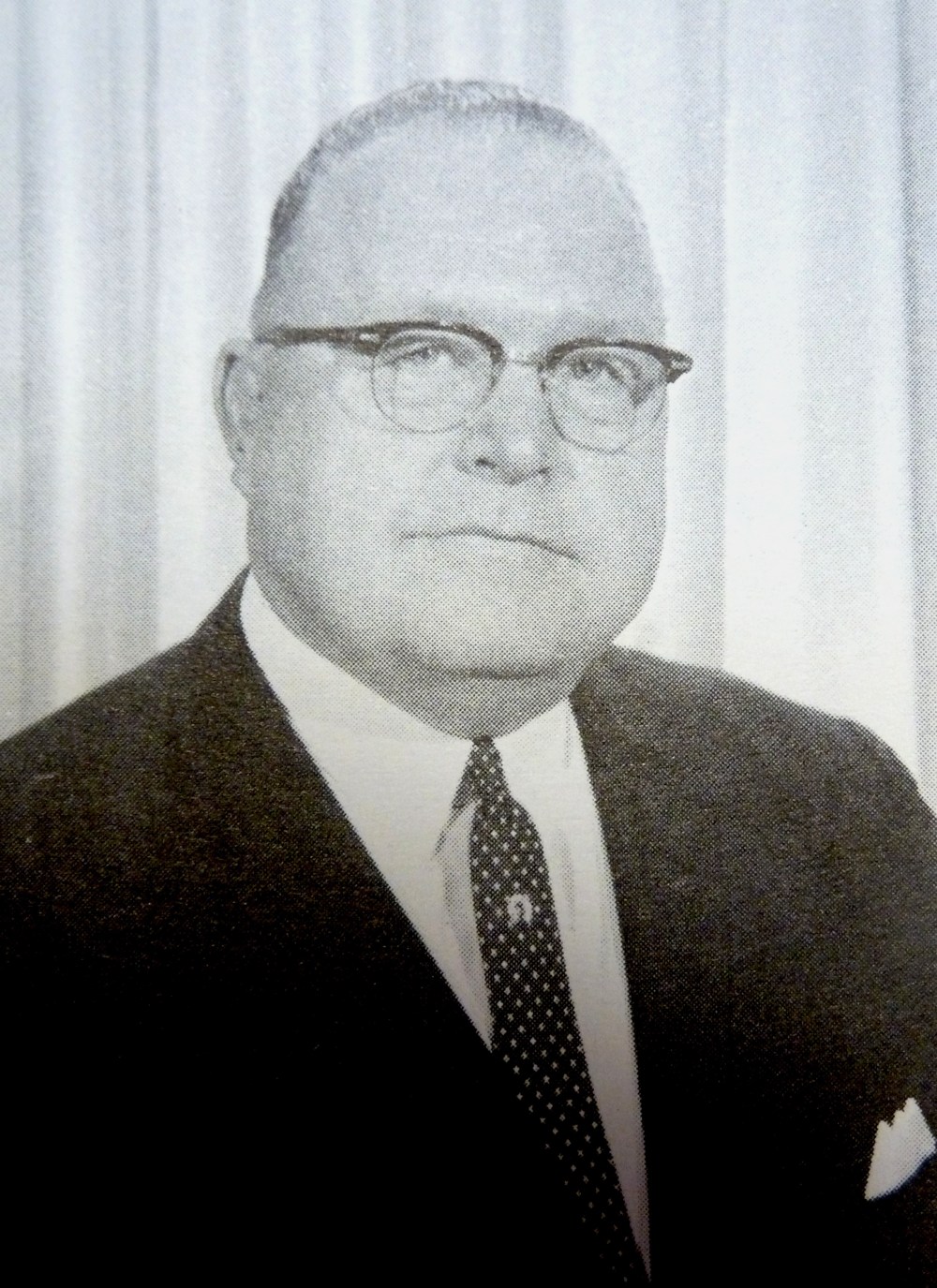 Directions To The Grave of William Henry Hull

W.H. Hull is buried in Jonesboro Memorial Park Cemetery in Jonesboro, Arkansas. In Jonesboro, take the Joe N. Martin Expressway, Hwy. 63, to Exit 44. Head south on Hwy. 1. The cemetery will be on your left. Go into the main entrance and bear to the right. See GPS Location below to center in on exact location. 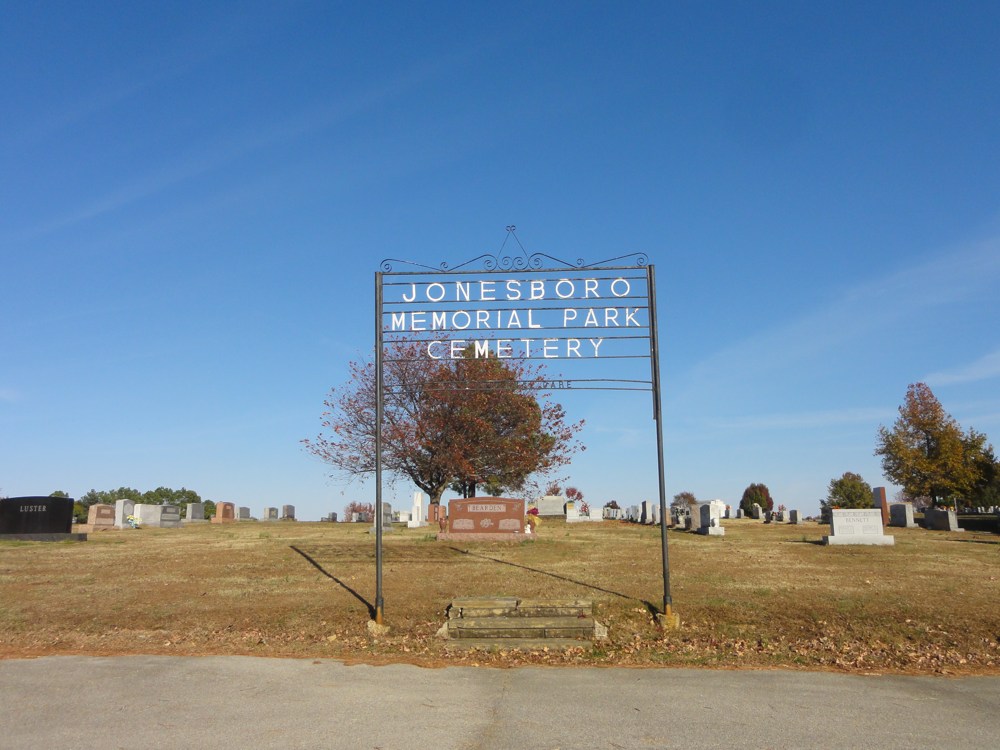 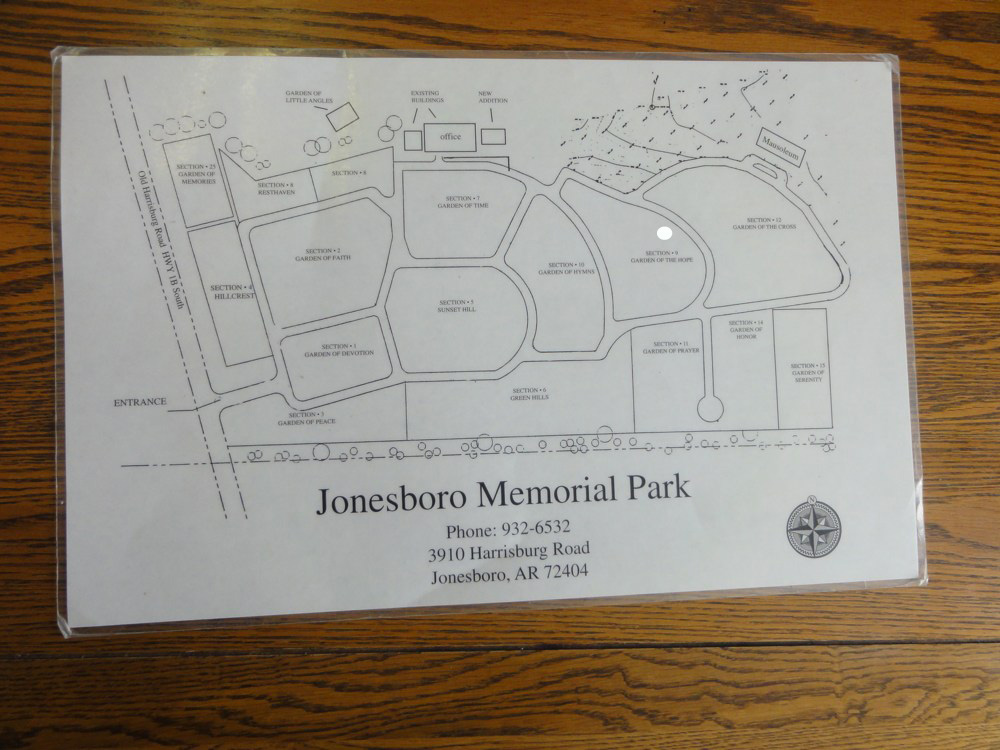 White Spot Denotes The Location of the Hull Family Plot 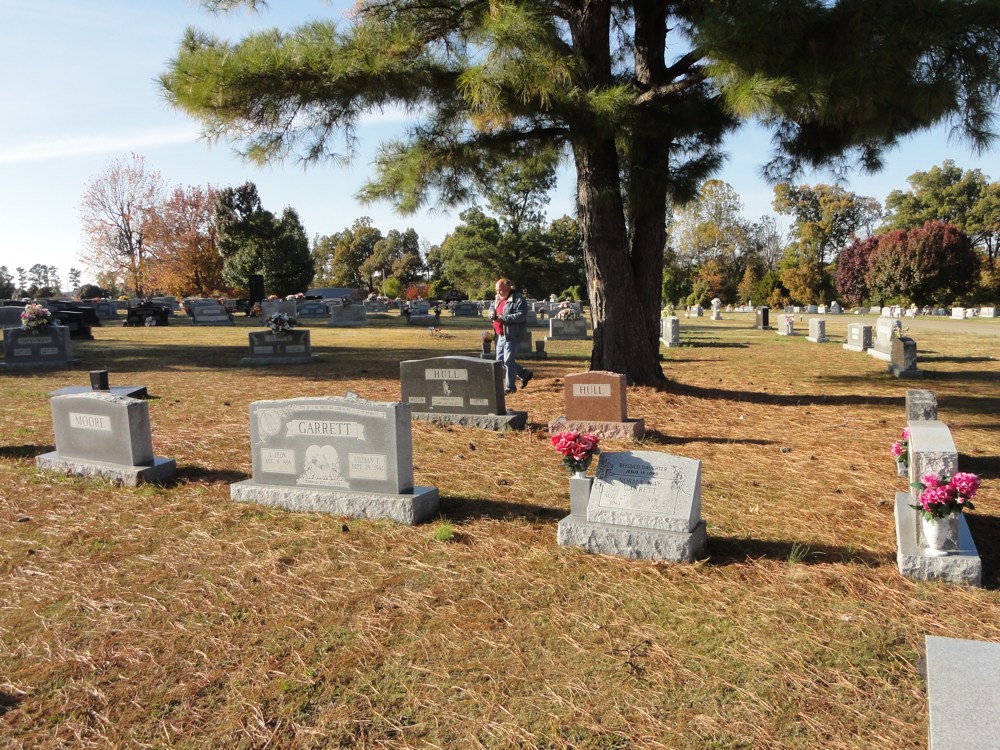 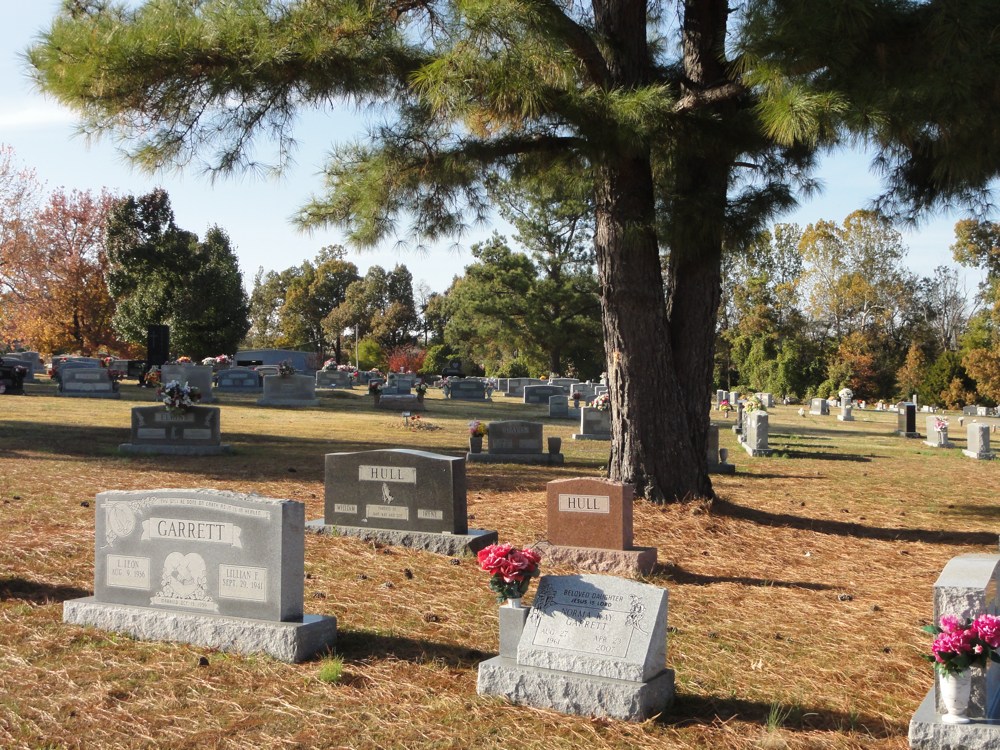 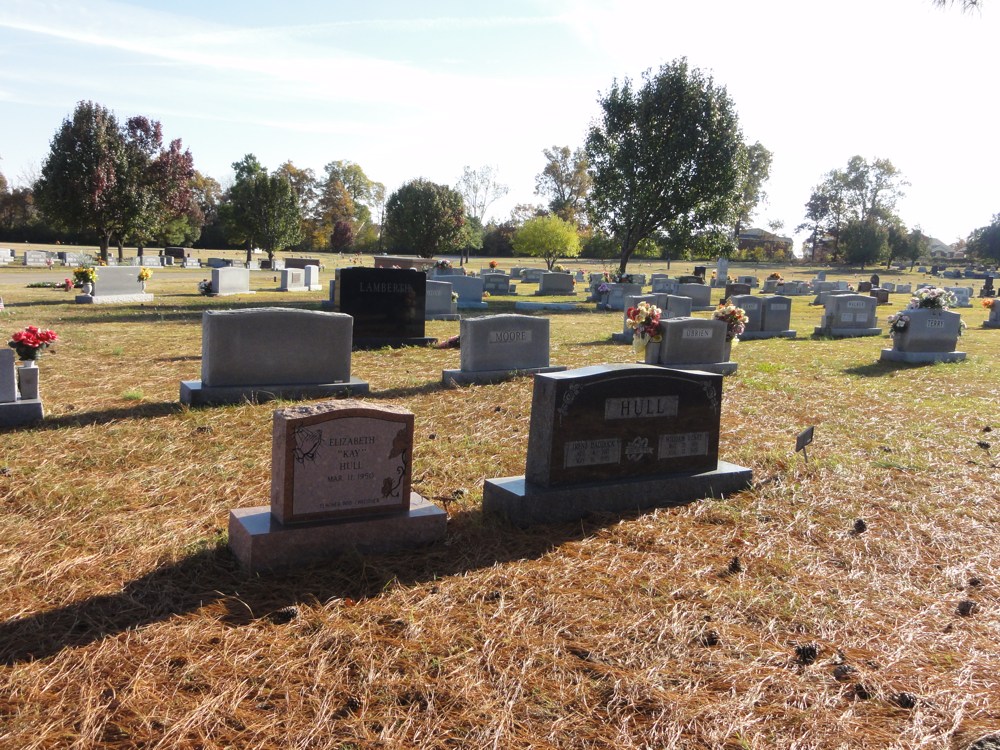 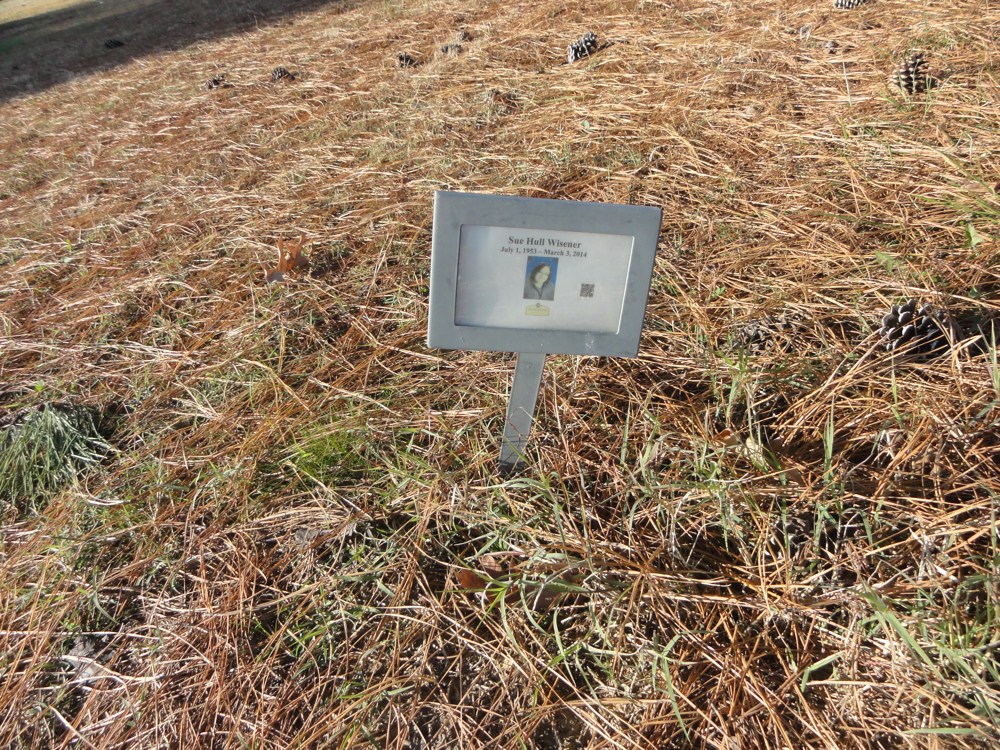 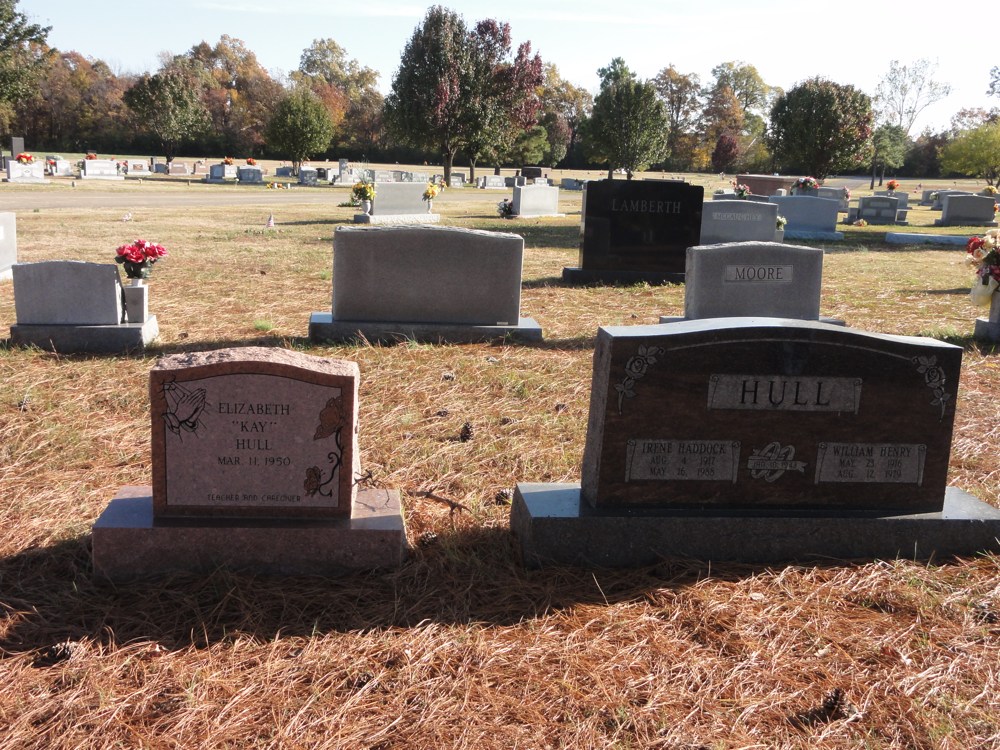 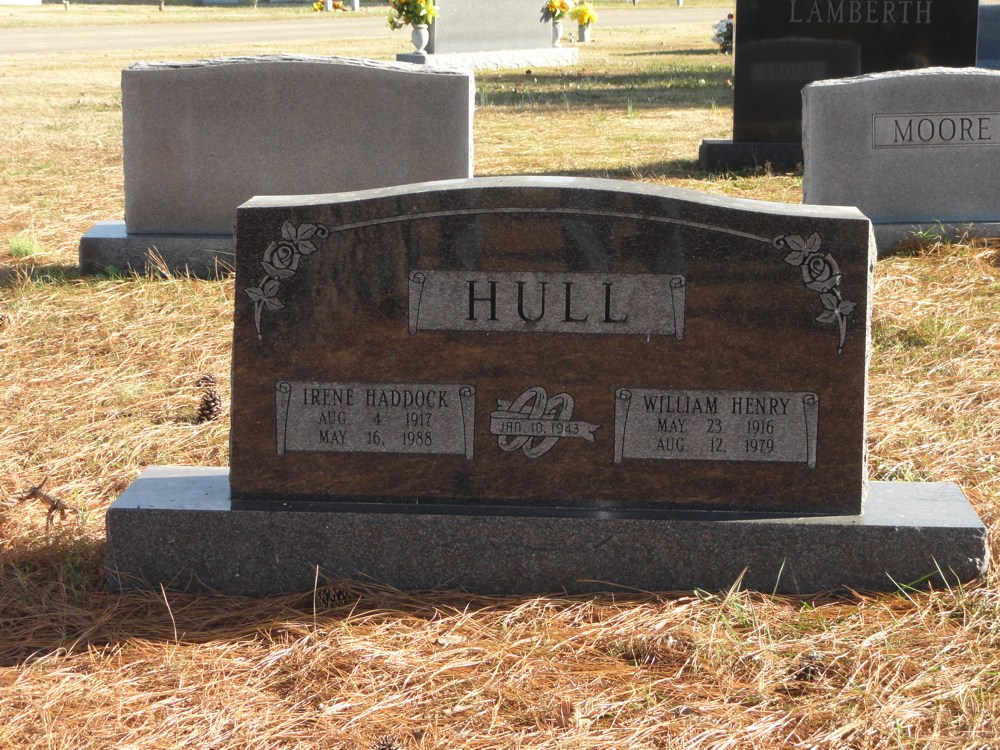 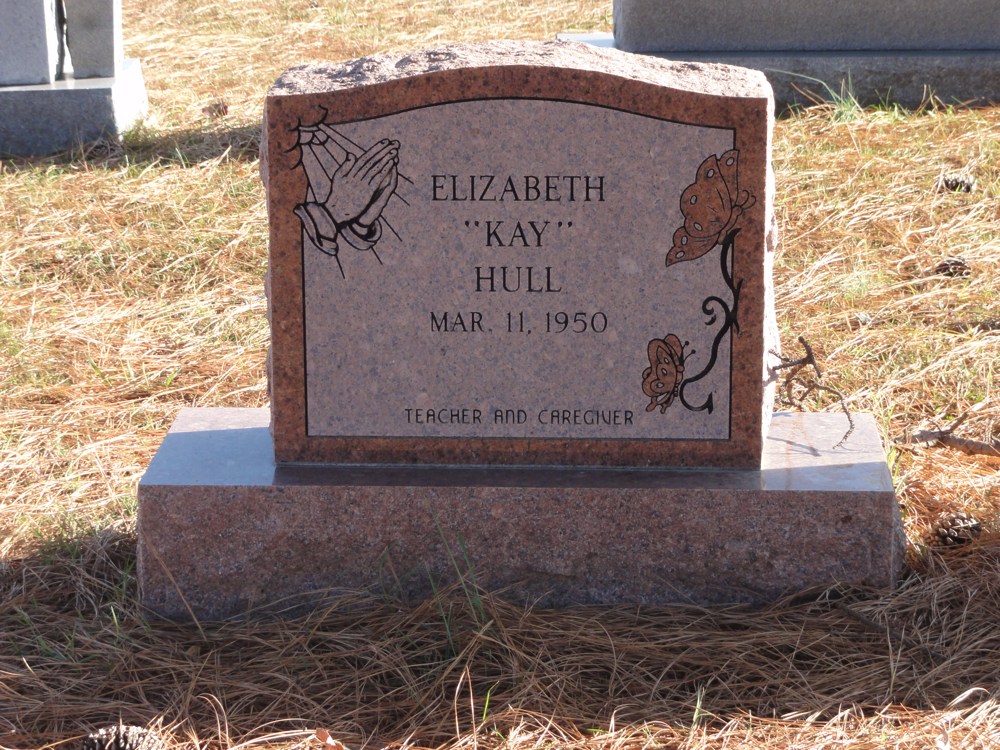 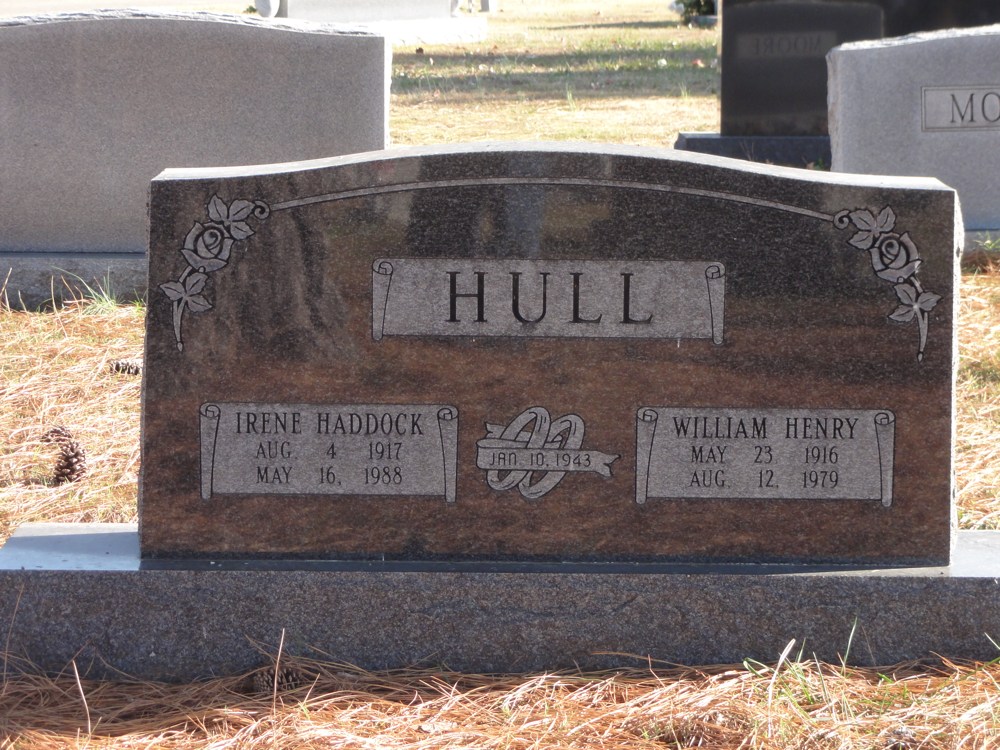 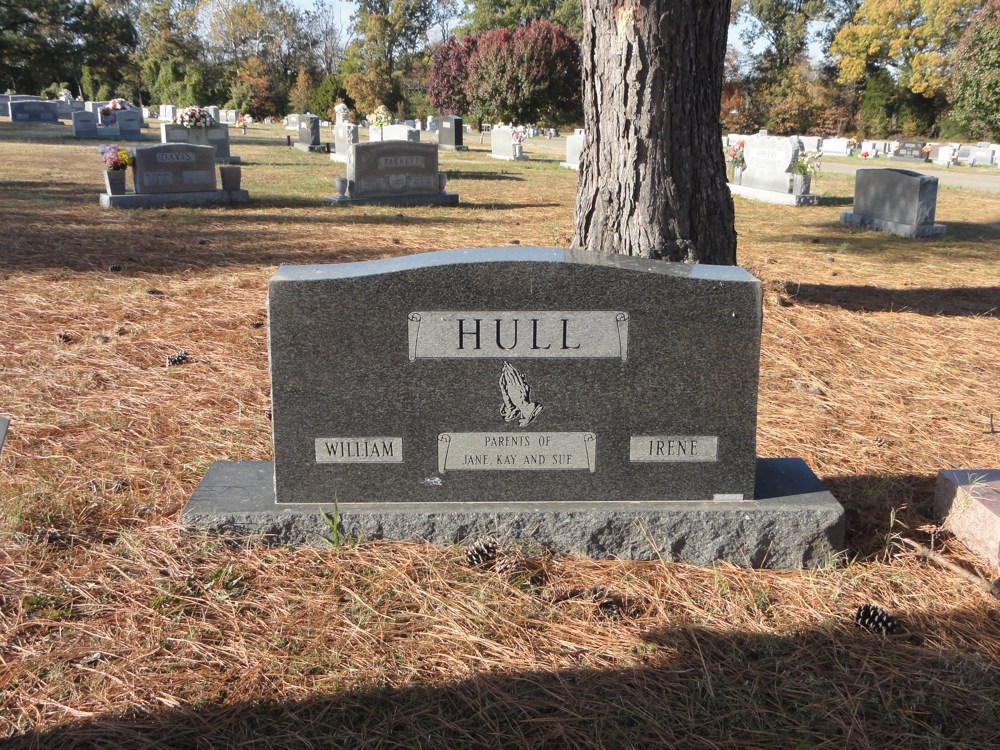