Biographical Sketch On The Life Of Lloyd C. Sears

Lloyd Cline Sears was born near Odon, Indiana, May 13, 1895. At the age of fifteen he was baptized by R.C. Bell, May, 1910. Very early in life he came under the influence of J.N. Armstrong and his family. Armstrong's family is mentioned here because it was his daughter, Pattie Hathaway Armstrong that Lloyd married in 1917. This was a family of renown in the Lord's church, as Pattie's maternal grandparents were James A. and Pattie Harding, being named for her grandmother. They had two sons Jack Wood, and James Kern.

L.C. Sears wrote two very important contributions to the preservation of Restoration History. He wrote For Freedom, the biography of J.N. Armstrong, published by Sweet Publications in 1969. He authored The Eyes Of Jehovah, the biography of James Alexander Harding in 1970.

Lloyd C. Sears died in 1986 and was buried next to his wife who preceded his death in 1977, in the Armstrong plot at White County Memorial Cemetery, Searcy, Arkansas.

Directions To The Grave Of L.C. Sears

Lloyd Cline and Pattie Hathaway Sears are buried in the White County Memorial Gardens in Searcy, Arkansas. White County Memorial Gardens is located on the southeast side of Searcy. Enter the cemetery and dead end. Turn right, note statue of Jesus in center of section to your left. Go to the next left and go to the step-up entrance in the center of the section heading toward the statue of Jesus (west). Just a few sections in look to your left and travel in about halfway to the Sears/Armstrong plot. See Map Page Here! 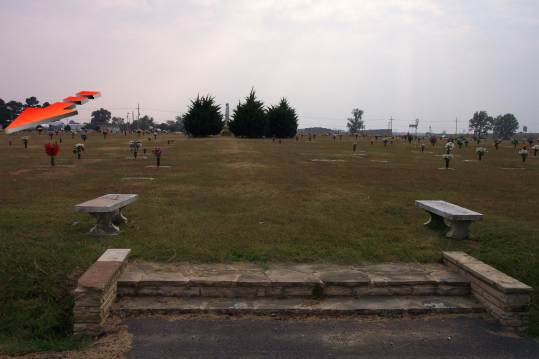 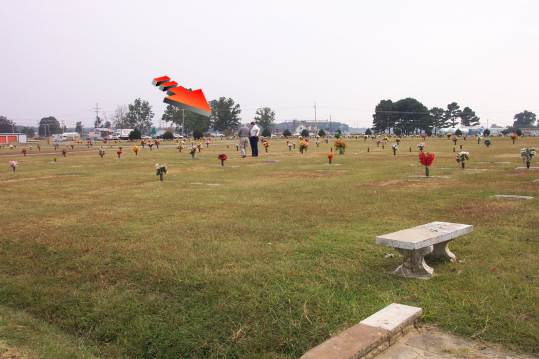 The Two Men In The Picture Are Friends, Wayne Kendrick and Graham McDonald
Standing At The Graves Of L.C. Sears And J.N. Armstrong, October 1, 2004 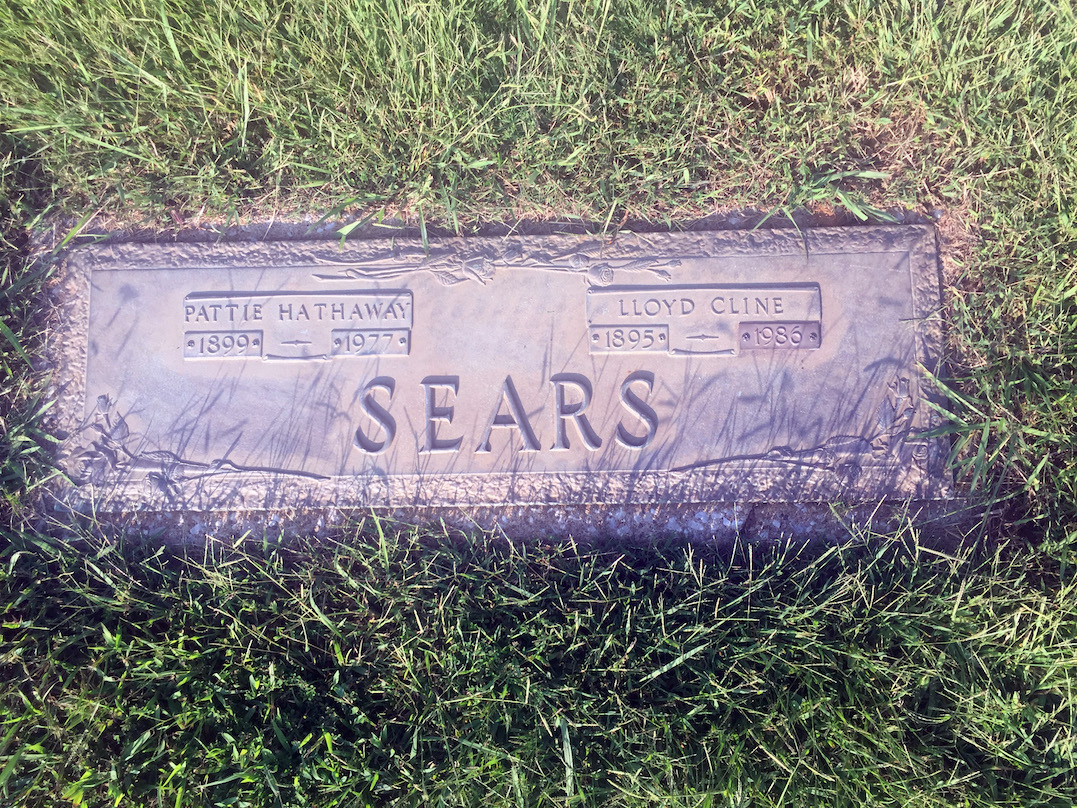