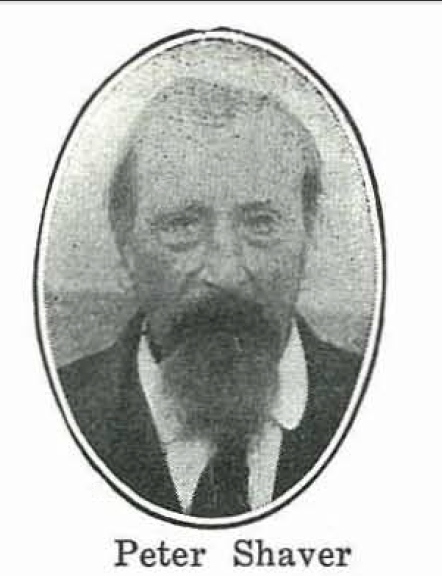 He shared his youth with his older brothers, his many Shaver and Mock cousins, the Wilsons and Waddles. Most of whom were members of the New Testament church.

When Peter was about 23 his father died. Six years later his sainted mother died. Both had been life-long members of the Christian Church.2 (2 Goodspeed, p. 429.) On March 23, 1851, Peter married Lucinda Jane Waddle (1833-1912}, daughter of Henry M. and Sarah Biggers Waddle. This marriage continued about sixty years and produced ten children, all born in Randolph County.

The exact date Peter became a Christian is unknown as is the year he began preaching, but his reputation as an effective gospel preacher was established well before the Civil War. Dalton believed Peter Shaver to be one of the earliest Church of Christ preachers in Arkansas.3 (3 Dalton. History, pp. 122, 214.)

During his ministry of (at least) sixty years, he and his brother, William, were said to have "organized and preached to some of the first congregations of this church in North Arkansas."4 (4 Dalton, History. p. 342) Since William left Randolph County in late 1856/early 1857, and rarely (if ever) returned, most of the Randolph County preaching was done by Peter Shaver. This is consistent with the early records of the oldest congregations in the northern part of the county.

Congregations at Palestine and Brakebill trace their early days, if not their beginning, back to Peter Shaver. He also preached often for the Glaze Creek Church. Furthemore, it is likely that many of his preaching sites were meeting places long obliterated by the passing of time and death of memories.

His name lingers, however, in the hearts and minds of today's Christians and his descendants who try to reflect on the valiant efforts made and real hardships endured by pioneer ministers like Shaver. His sainted memory has been etched for eternity on the countless souls he led to Christ during his long tenure of service for the Master.

His beloved Lucinda is thought to have died in 1912, as did Peter, on January 11. Their bodies lie in the sacred sod of Palestine Cemetery near their many friends and family members. Of the children born to Peter and Lucinda Shaver, it is well known that Robert D. served as an elder and A.B. "Uncle Burt" became one of the county's most illustrious preachers.

Directions To The Grave of P.H. Shaver

The old Palestine church of Christ Cemetery lies north of Pocahontas, Arkansas. Travel north on Hwy. 115 out of Pocahontas. Turn left on Co. Road 251. Go about eight miles and turn right onto Palestine Road. The road is a dirt road. Best to go on dry days. The road will make a couple of hard turns before coming to the church and cemetery. When entering the cemetery, the Shaver family plot is straight ahead from the gate. While in the cemetery, be sure to visit the graves of other gospel preacher buried there such as A.B. Shaver, J.C. Wilson, Jake Waddle, and Dr. Michael L. Wilson, the writer of Arkansas Christians:A History of the Restoration Movement in Randolph County, Arkansas 1800-1995, c.1997, Delight: Gospel Light Publishing Co. 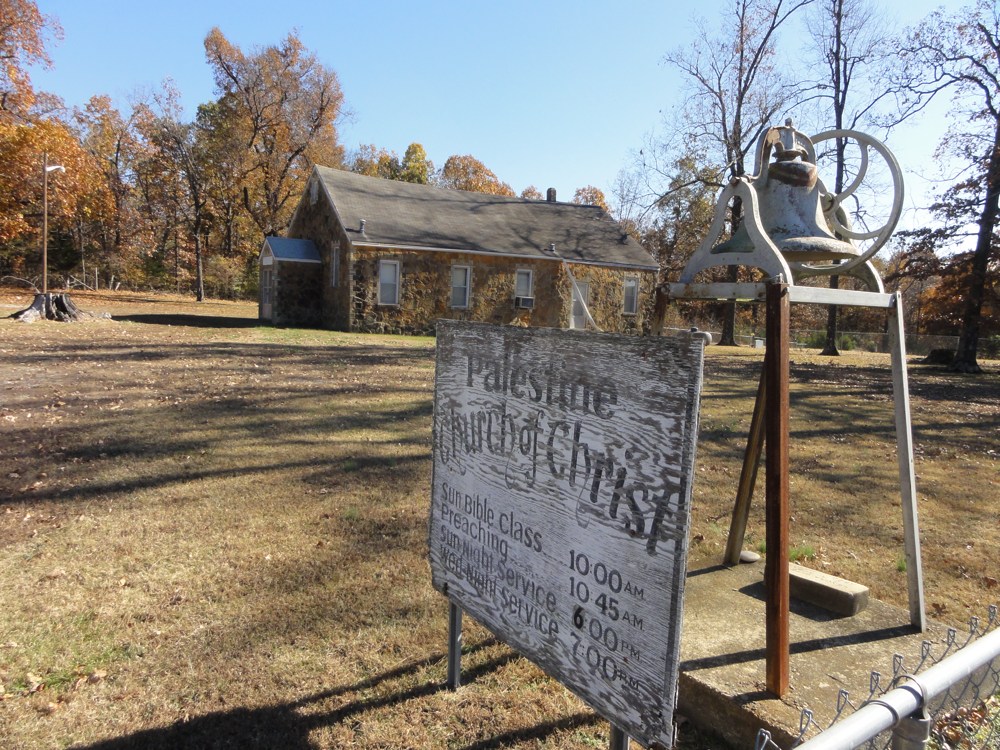 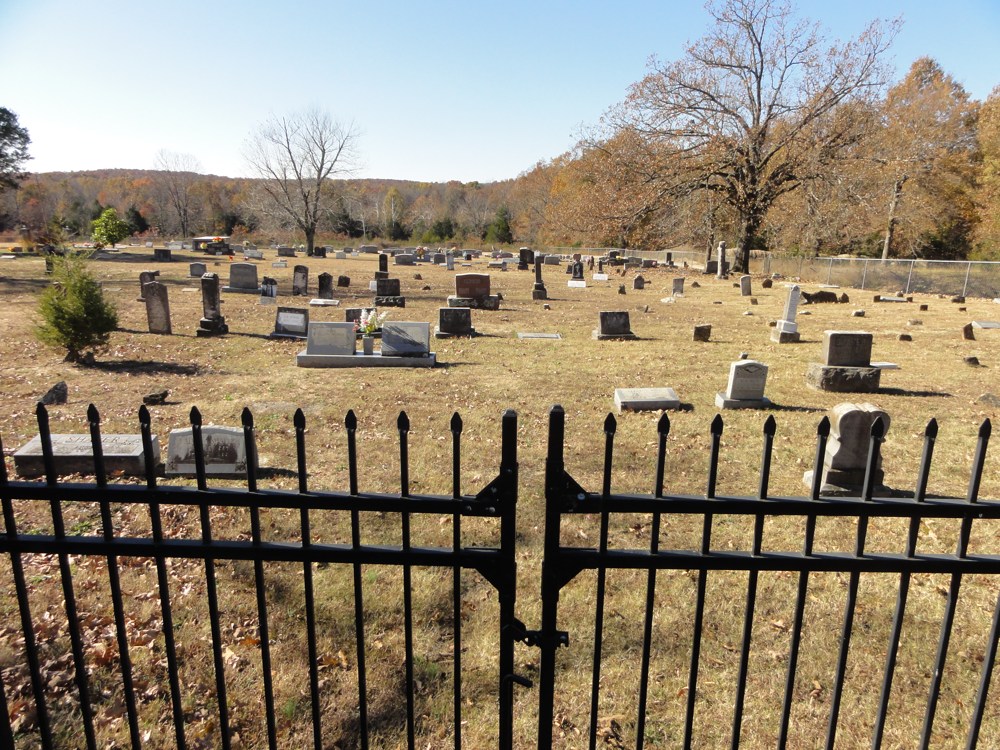 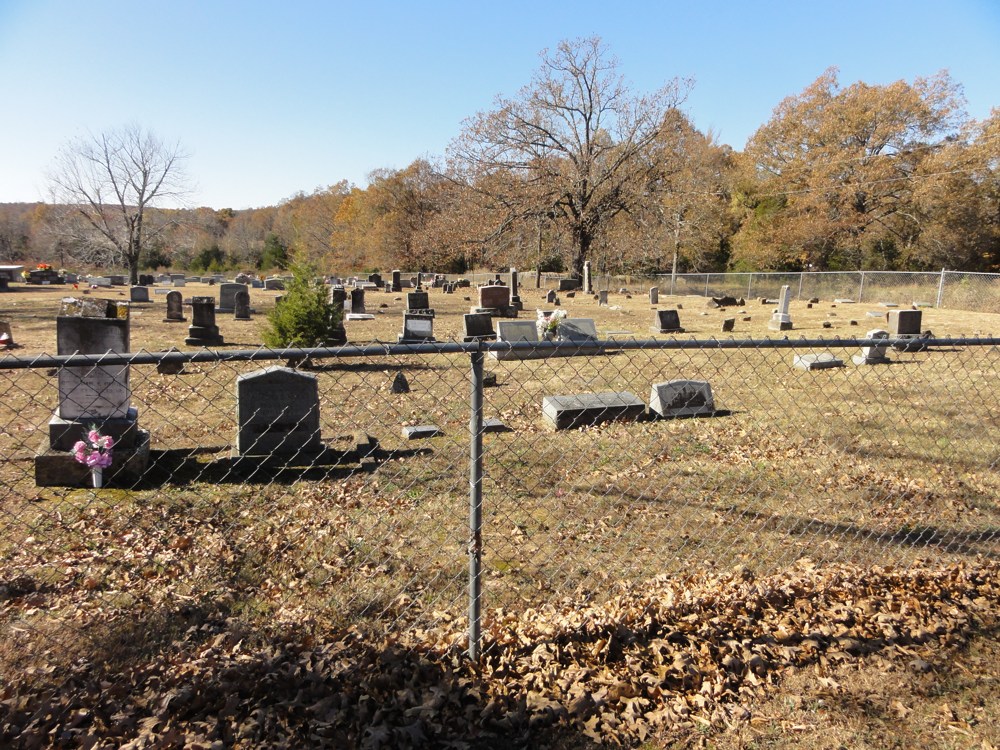 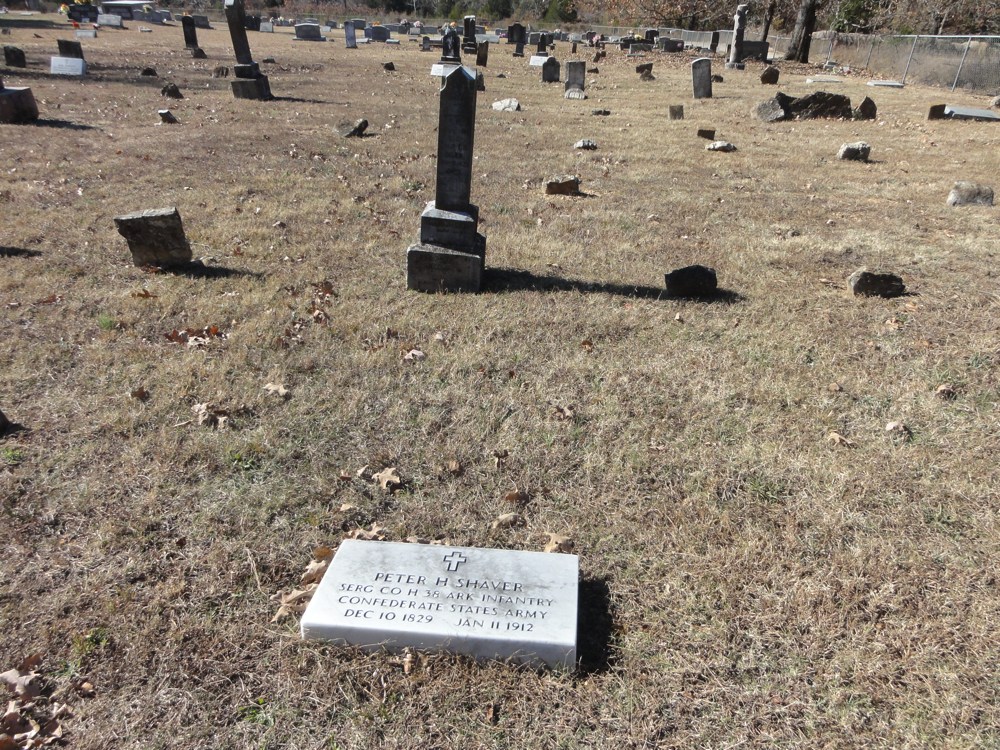 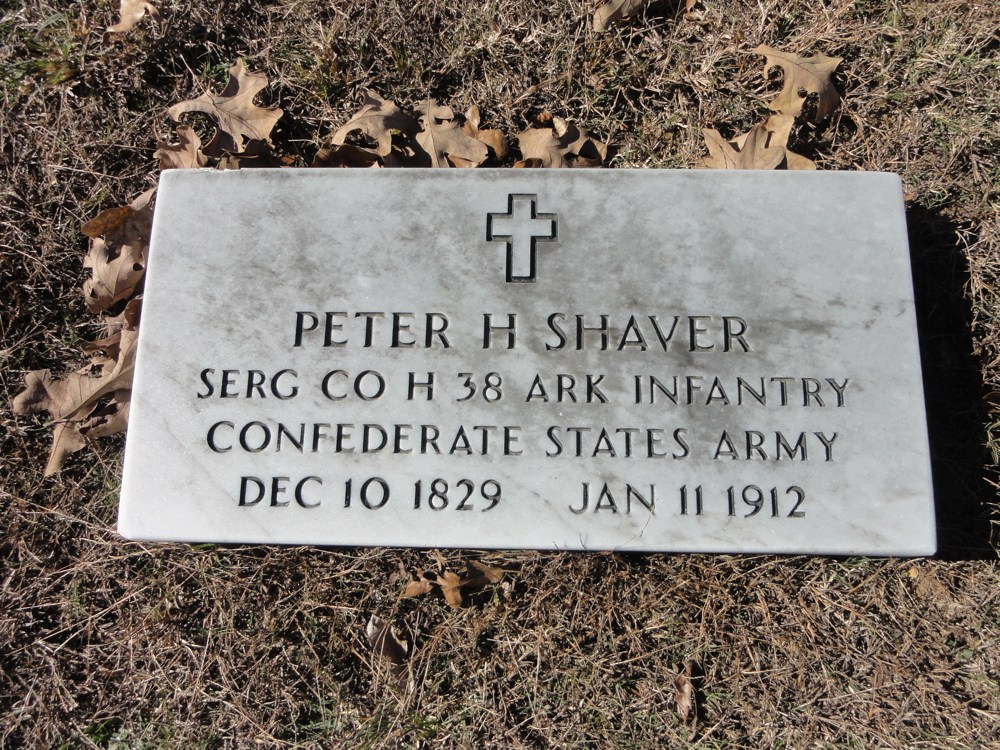 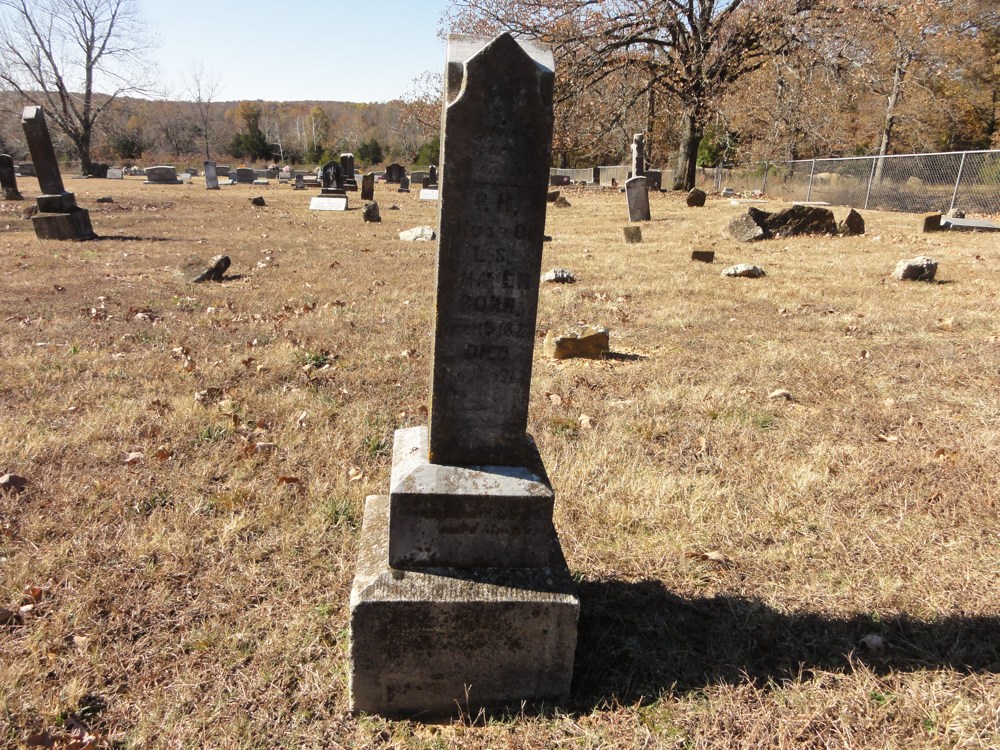 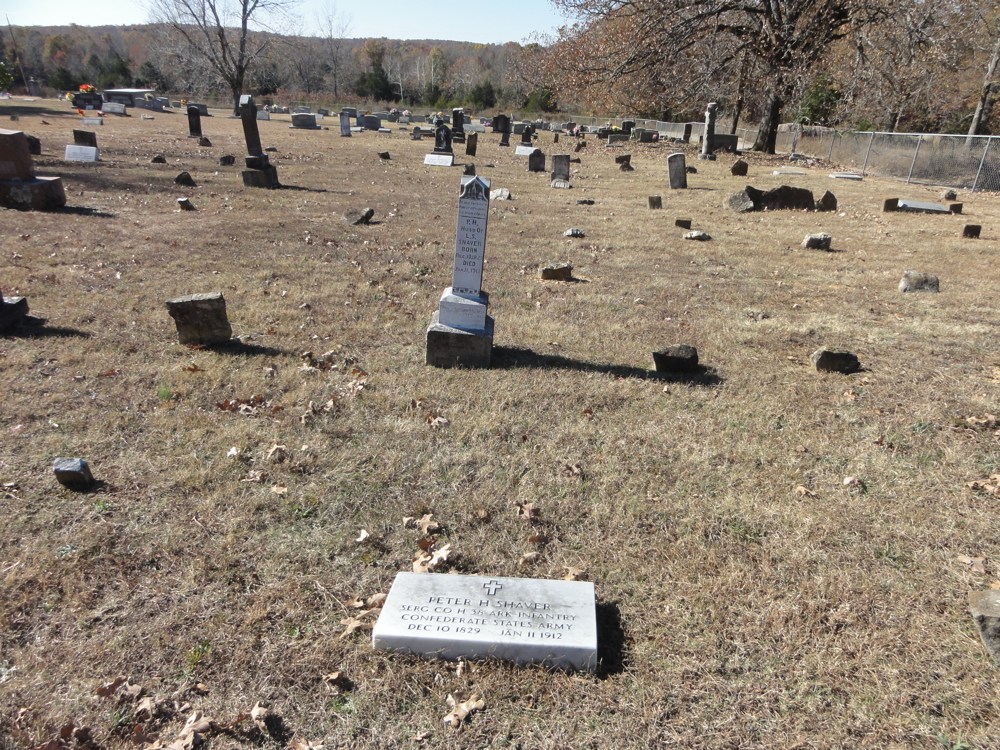 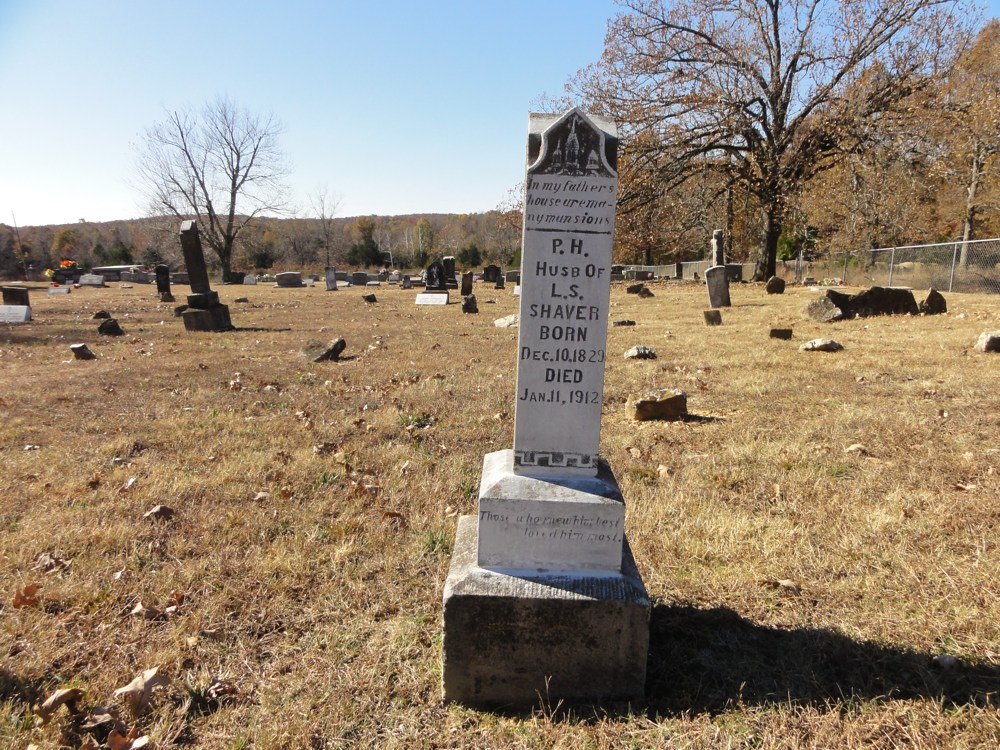