Biographical Sketch On The Life Of S.H. Hall

Samuel Henry Hall was born in Smyrna, Tennessee, December 23, 1877. He was baptized by F. W. Smith in August, 1892. On August 28, 1898, he married Miss Jennie Styles. He began preaching at McMinnville, Tennessee, in 1896. He attended the Nashville Bible School, and later took correspondence courses in memory work and public speaking.

His first full time work as a minister was in Atlanta, Georgia. He spoke frequently of "my 14 years work in Atlanta." There he blazed the trail, in "The Gate City of the South" for others to follow. During his 14 years work in Atlanta, he preached under tents, in school houses, and in private homes. One of the most successful meetings was conducted in East Point, Georgia, a suburb of Atlanta, where there were 165 additions, which resulted in the establishment of the East Point Church of Christ. During those pioneer days, Hall walked to many of his appointments as well as to make visits and calls. Some of the Christians living there now will remember how he would have his Bible under arm, with charts on his shoulders, wearing out shoe leather instead of automobile tires.

Perhaps one of his most successful labors was at the Russell Street Church of Christ in Nashville, Tennessee, where he preached for 28 years. 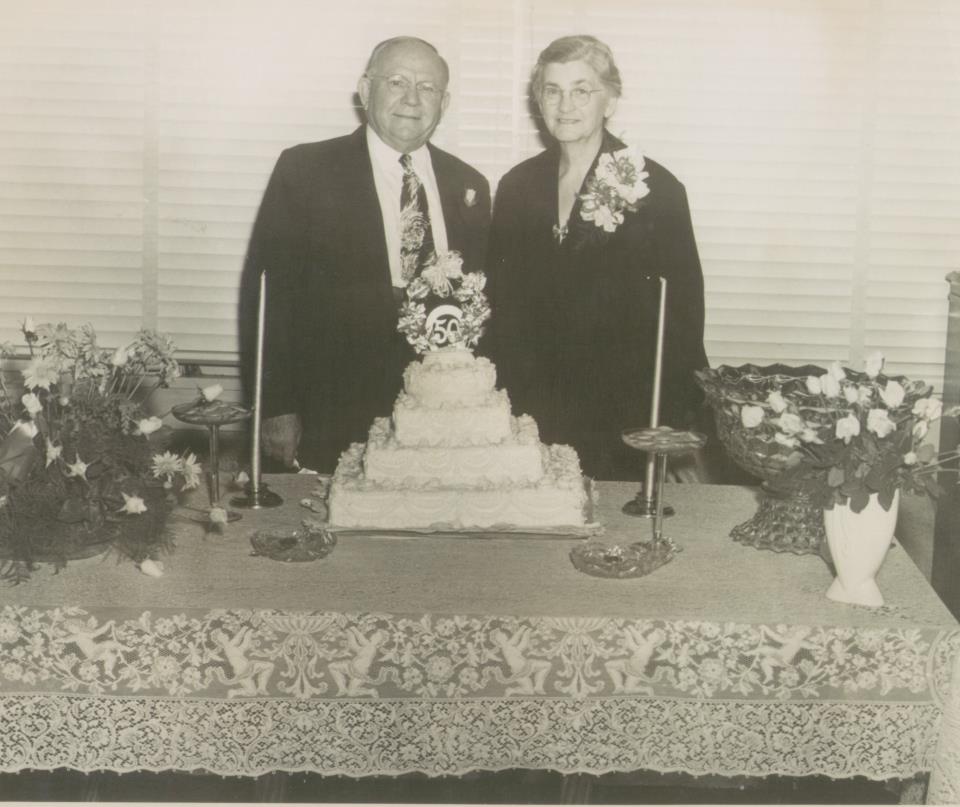 Hall kept continually busy in working for, and with, our orphan homes, the Christian colleges, and encouraging young men to preach. For a score of years, he was on the Board of Directors of David Lipscomb College in Nashville, Tennessee. He helped the Nashville Christian Institute and was greatly interested in the labors of Marshall Keeble. During his last days in California, he took an abiding interest in George Pepperdine College. He engaged in a number of debates. Some of the outstanding were the Hall-Pendleton Debate in the Christian Church, 1910; the Hall-Walker Debate on instrumental music, and the Hall-Robertson Debate on the Sabbath question.

For more than 60 years, he was blessed with a loving and devoted companion. Sister Hall was an ideal preacher's wife. She read and corrected all his letters and articles. During his last illness, she gave herself, unreservedly, to his every need. She and Sam Thomas stood by him until the end.

A brave soldier for more than 65 years has been called home. On the morning of July 18, 1961, at 7:30 in a hospital in Los Angeles, California, the spirit of Samuel Henry Hall left a tired and worn out body to be with the Lord. Funeral service was conducted on July 21, in Los Angeles, by J. P. Sanders and E. V. Pullias. Burial was in Inglewood Park Cemetery. Hall was in his 84th year. A memorial service was also conducted at the Russell Street church building in Nashville, Tennessee, on Sunday afternoon, by J. E. Acuff, Thomas J. Waggoner, and H. Clyde Hale. The elders of the Russell Street church, where Hall had served as minister for 28 years, were in charge of the memorial service. Survivors included his wife, Jennie Styles Hall, a grandson, Sam Thomas Hall, a great granddaughter, a daughter-in-law, Mary Sowell Hall, and one brother, Tom Hall.

S.H. Hall is buried in one of California's largest cemeteries, Inglewood Park Cemetery. It is located in Inglewood, a western suburb of Los Angeles. From LAX (Los Angeles International Airport) travel east on Century Blvd. Go under I-405 and continue traveling east. You will enter the city of Inglewood. Turn left on Prairie Road. When you pass the big Race Track/Casino on the right you will begin passing an extremely large cemetery. Go until you come to Florence Road and turn right. Enter the cemetery from Florence.

When you enter the cemetery look straight ahead at the statue of the elk and bear to your left and travel to the east side of Section: Del Ivy, and stay to the right at the first fork, then bear to the left at the second. Traveling up the hill on the main road you will see a mausoleum built into the side of the hill on your left. Go just past the mausoleums (Cascade Gardens) and make your first left. The mausoleums should now be to your left and Section: "Utopia" should be on your right. Travel half way around Utopia and you will be between "Utopia" and "El Portal." Section: "El Portal" is on a hill. Travel about to the middle and park. Go up the hill in El Portal and search for Lot 796 Grave A. Each Grave section has a little metal address post in the ground. The section looks big, but it is relatively easy to find if you follow the metal address post markers.

If traveling on Olive Drive (road above the grave) look for a park bench. Between the park bench and the trash receptacle & water tap. Stop your car and look for Jones/Thomas/Singleton graves next to the road. Count in 11 rows (down the hill) to the Hall plot.