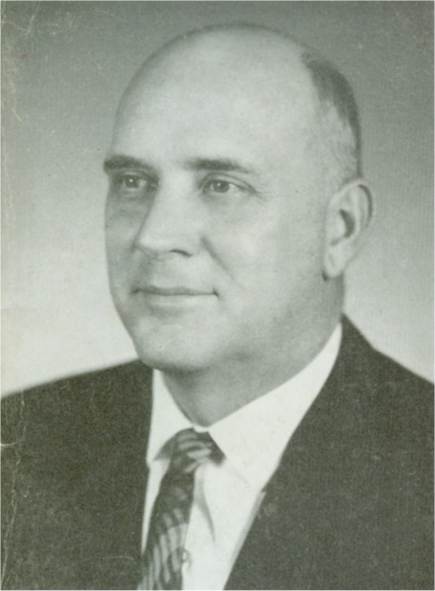 Brief Sketch On The Life Of J.W. Franklin

In 1936 he graduated from Crafton, Texas, High School and in 1941 from Abilene Christian College. He received the M.A. degree from Suffolk University, Boston, Massachusetts, in 1950 and has done additional graduate work at Harvard University.

During the early 1940's Brother Franklin served as junior high teacher and coach in Sonora, Texas and as high school principal at Bryson, Texas. He has a permanent teacher's certificate for both the elementary and secondary grades.

For approximately three years, beginning in 1943, he served as chaplain for the armed forces. He saw service in both the European and Pacific Theatres and had the unique opportunity of erecting signs on, Okinawa, advertising the first gospel meeting ever conducted there. In the service he reached the rank of Captain in the US Army.

Brother Franklin has done mission work in Natick, Massachusetts and Laramie, Wyoming and has preached for churches in Anson, San Angelo, and Corpus Christi, Texas. He has conducted successful radio programs from two areas: one, Boston, Massachusetts; and two, Sanford, Texas. Brother Franklin is a frequent contributor to religious. papers, and he has taught in youth camps in the Northeast. For a number of years he preached for the Fifteenth Street Church of Christ in Tulsa, Oklahoma.

John W. Franklin passed from this life February 22, 1985, and is buried in the Garden Of Memories Cemetery in Tampa, Florida. 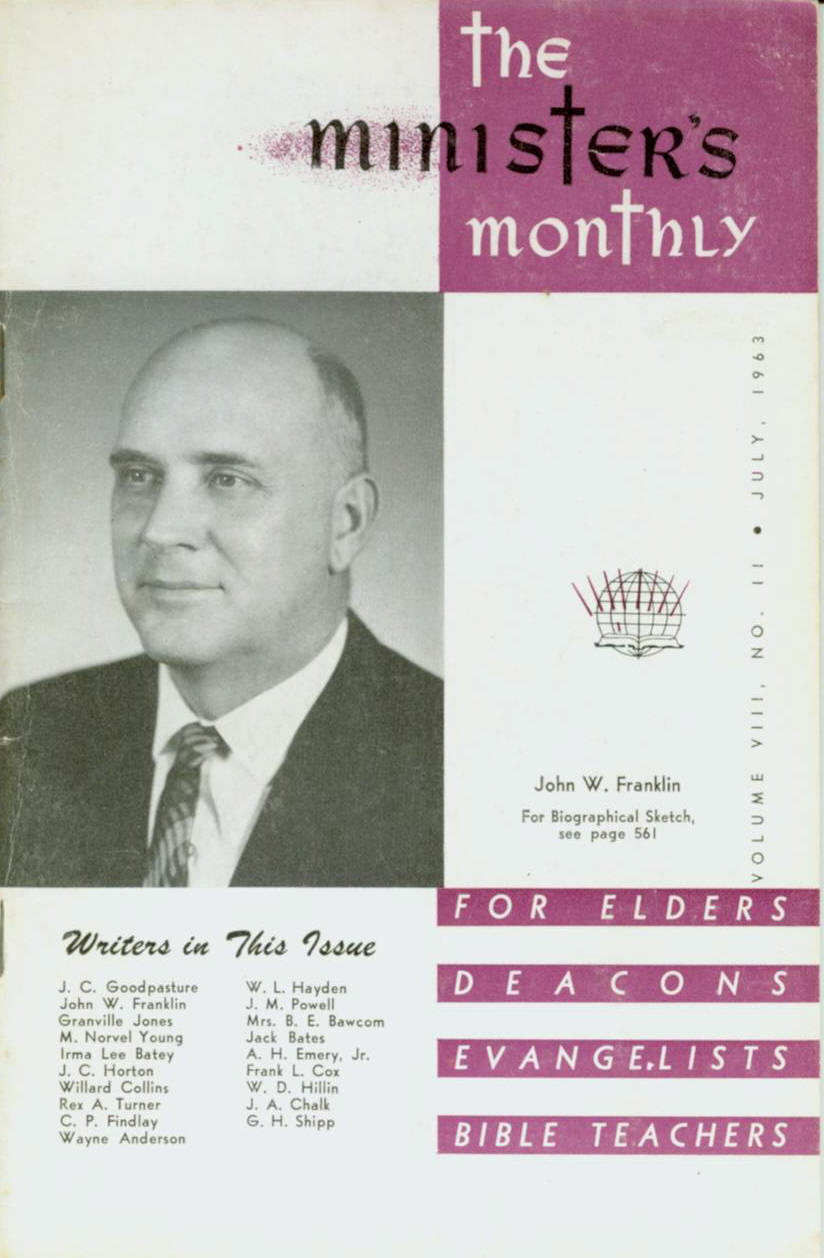 Franklin began preaching in 1942 in Texas. He served churches as minister at Anson, San Angelo and Corpus Christi, in Texas; and Tulsa, Oklahoma. Before moving to Florida, he also served churches in Natick, Massachusetts, and Laramie, Wyoming.

States in which he held meetings were Massachusetts, Wyoming, Texas, Oklahoma, Michigan, Minnesota, and Florida.

Places where he did mission work were Massachusetts, Wyoming, Minnesota, Florida and New Zealand.

Other positions that he held in addition to serving as minister of churches were high school principal, coach, and Army Chaplain.

It is not easy to put into words the great strength, influence, dedication, example and wisdom of this great servant of the Lord. On example of his great faith is shown near the end of his life when he gave up a secure job with a large, strong congregation to join six families in the establishment of a new congregation. He saw the need and the potential for the new work and was willing to give up the known for the unknown to further the Lord's work.

May the Lord bless us with more men like Franklin, who are willing to set the example before us, to lead the way, to pay the price that the church may grow in numbers, grace, and the knowledge of the truth.

Funeral service was conducted at the Curry Funeral Home with Fred Warnock officiating. Burial was in Tampa, Florida, with interment in Garden Of Memories Cemetery.

Directions To The Grave Of J.W. Franklin

John W. Franklin is buried in Garden of Memories Cemetery, 4207 E. Lake Ave., Tampa, FL 33610, in the Garden Of The Tower in Lot 39-C, Grave #2. Directions To The Cemetery are as follows: In Tampa heading SW take Exit 3 off I-4. Don't take the first right on the ramp. Stay straight until you get to the light and turn right on Hwy 41/599. Follow the road around until it continues on N.40th St. Go about 500 yards and turn right on E. Lake Avenue. Travel out until you see the cemetery on the left, just past 42nd St. Click here for a cemetery map and location. While in the cemetery, be sure to visit the grave of long time preacher, James P. Miller.


From The Road Toward The East - Franklin Plot Shown Above