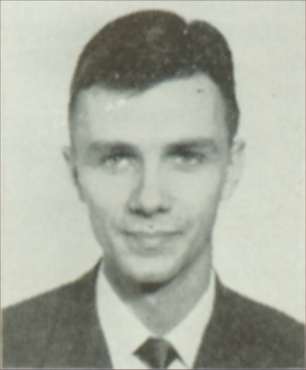 Biographical Sketch On The Life Of Jim Massey

James Richard Massey was born December 12, 1930 in Tipton, Oklahoma. He was baptized by Gus A. Dunn in 1946. He married Joyce Brewer in 1954. They had three daughters Carol Lin Holsey, Bonnie Beth Stephenson, and Anne Marie Diaz. Jim began preaching in Pontotoc, Mississippi in 1948.

He served churches in Earle, Arkansas from 1952-1953. Then he worked at East Tallassee, Alabama from 1953 to 1957. He later worked with the church in Fort Deposit, Alabama from 1957 to 1959. From 1953 to 1959 Jim taught Greek, English, and Bible at Alabama Christian College in Montgomery, Alabama 1953-1959. He taught at Lubbock Christian University from 1965 to 1974. From Lubbock the family moved to Florence, Alabama where he taught at Heritage Christian University, (then International Bible College) for ten years, 1978-1988. During these years he served in other works, such as Director of Personal Work at Sunset School of Preaching, Personal Work evangelism at Highland Park Church, Muscle Shoals, Alabama, and Hawk Pride, Tuscumbia, Alabama.

His overseas work included working with his family in Nigeria from 1959 to 1964 and was sponsored by the Port Arthur, Texas church of Christ. He also taught at the West Indies Preaching School in Jamaica for two years, 1974-1976. Then he taught at the school of preaching at Trinidad for two years, 1976-1978. In these foreign efforts he served as director of the schools. 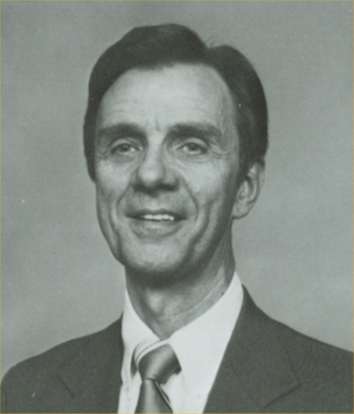 For a number of years he served as director of Bible camps. He did extensive campaign work in the countries of the Caribbean Islands. Numerous campaigns were taken to Guyana, and other Central American nations, and on the African Continent. His final efforts led him to Florida where he worked with the church in Melbourne, primarily with outreach and campaign work and Bible Study. Jim authored many books, tracts, and study guides, having to do with basic Bible study, the Scheme Of Redemption, introduction material on Churches of Christ, and his Departure Series has been used to teach thousands of people God's plan for salvation.

At his side every step of the way was Joyce, helping and encouraging Jim in his work. Even today she carries on his work in distributing his printed and taped material. See the site called Printed Evangelism By Jim Massey.

Jim Massey was a "man of God" in every sense of the phrase. He was a gospel preacher, teacher, and student. His love and respect for God and truth have never been surpassed by anyone in my knowledge.

It was my privilege to meet Jim and his wonderful wife Joyce when I attended International Bible College, now Heritage Christian University, between 1986 and 1989. When I began in the spring of '86, I had been preaching for about five years. Though I was entering college to learn, I had an attitude that doubted seriously if anyone could teach me much more than I already knew. Call it pride, youth or just ignorance and you would be very close. The first day I went into Jim's class on the Overview of the Old Testament, I learned much about God's Word and myself. What I found was that I had in my lifetime only "scratched the surface" of the meanings of the truths found in the Bible. From that day forward I sought to take every class this man taught. He taught me and my fellow classmates how to study the Bible.

He was a scholar among scholars. He was an evangelist among evangelists. He was a teacher among teachers. He was a friend among friends. But the greatest thing about Jim Massey was that he was a Christian who wanted to be with God in glory. His favorite verse was, "For it became him, for whom are all things, and through whom are all things, in bringing many sons unto glory, to make the author of their salvation perfect through sufferings." (Hebrews 2:10 ASV) It was his John 3:16, his "theme" of the Bible in a single verse, and the driving force in his life.

He loved evangelism. I had the pleasure of working with him on campaigns while a student at HCU. He led campaigns and helped students with weekly evangelistic responsibilities. As students we were to do at least two hours of evangelism per week as part of our requirements. Every Friday morning at chapel, without fail, Jim would approach the pulpit at the end of chapel and say, "For those who need to do their two hours of evangelism, meet me at Highland Park Church of Christ on Sunday afternoon at 2:00 pm." He would then door-knock in the area for two hours. He was one of the few people that enjoyed door-knocking and studying the Bible with the lost more than eating. On campaigns he would teach evangelistic classes to workers early on the morning, door-knock until noon, eat, take his daily fifteen-minute nap, then work on more door-knocking and Bible Studies until bed time. He was literally a walking, talking, all-consuming, all-inspiring, and all-committed soldier working on God's battlefield.

On Sunday, July 16, 1995, Jim died after a hard battle with pancreatic cancer. He left Joyce, his wonderful Christian wife, behind and entered the "riches of God's grace." For he "looked for a city which has foundations, whose builder and maker is God."

Directions To The Grave Of James R. Massey

James Richard Massey is buried in the Florida Memorial Gardens just north of Melbourne, Florida. Travelling north on Hwy. 1 go to 5950 US Highway 1, Rockledge, Florida. The contact phone at the cemetery is: 321-636-8943.

From Jacksonville: Take I-95 south to Exit 195, Rockledge, and head east to US Hwy. 1. Turn right and the cemetery will be on the right. From the exit, you are six miles from the cemetery.