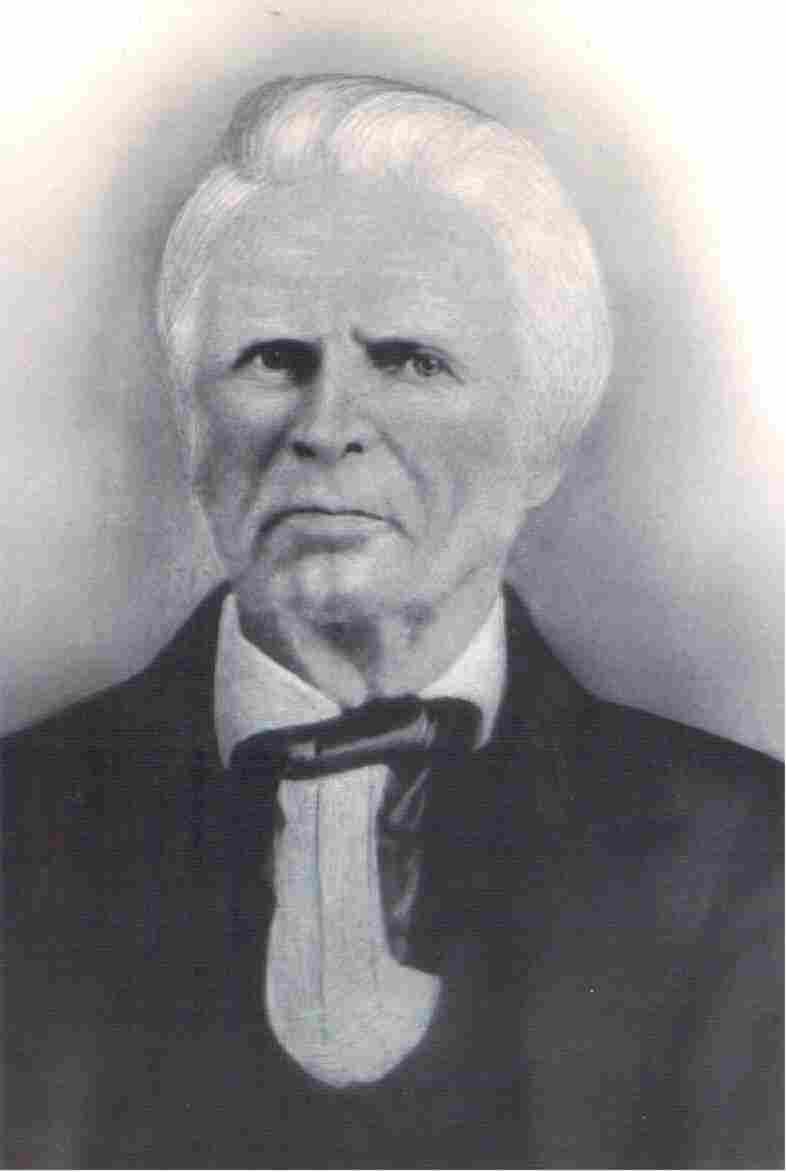 The parents of Herman Christian Dasher came to this country from Salzburg, Germany, to escape the persecution of the Roman Catholic Church, and located near Savannah, Georgia. They were Lutherans and had Herman christened in infancy and brought up in that faith. When he arrived at manhood and began to be impressed with the importance of uniting with a church, and of living the Christian life, he was deeply perplexed by the existence, and by the proclaiming of so many contradictory doctrines. Fortunately, instead of becoming an infidel, as so many do under like circumstances, he turned to the Holy Scriptures for light. He soon became 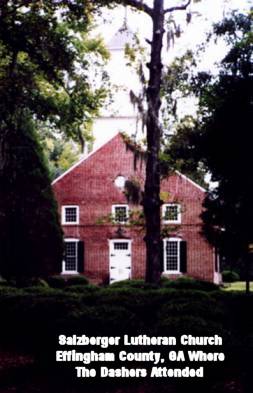 thoroughly convinced that immersion is baptism, and that affusion is not, and that therefore he ought to be immersed.

He could not cast his lot with the Baptists, as he could not tell an experience of grace which they required, for he had seen no marvelous light, neither had he heard any marvelous sounds. He was by no means convinced "that God had for Christ's sake forgiven his sins," though he did not then understand the doctrine of baptism for remission of sins, as he afterwards did; nor did he think that God demanded any such experience as a prerequisite to baptism and church membership. But he desired most earnestly to become a Christian, believing in his heart that Jesus is the Christ the Son of the living God, the Savior of sinners.

This brought before him a new difficulty, for within the whole range of his acquaintance, there was not one who would immerse him on a simple confession of his faith in Christ. All demanded that he should profess to have a miraculous and mysterious work of the Holy Spirit within him, in taking away his heart of stone and giving him a heart of flesh.

Providentially, about this time, while he was most earnestly engaged in studying the Bible, he was thrown into the company of a Mrs. Threadcraft, of Savannah, who informed him that in her city a Mr. S. C. Dunning, who had formerly been a Baptist preacher, but had recently seceded from that body, because he did not believe it taught and practiced as the Word of God required. In this movement he had been accompanied by eight or ten others. This lady further informed him that Mr. Dunning preached the Scriptures as he did, and that at his hands he could obtain baptism upon a simple confession of his faith in Jesus Christ as the Son of God. This information filled him with such great joy that he did not delay in making the journey into Savannah, to see Mr. Dunning, who baptized him without further delay.

Immediately after returning to his home he immersed his wife, her sister and her husband. These "continued steadfastly in the apostles' teaching and fellowship, in the breaking of bread and the prayers," meeting every Lord's Day in the house of Mr. Dasher. The little church grew and prospered, being occasionally visited by Mr. Dunning, who assisted in building it up by his teaching and exhortations.

Some time after this, Mr. Dasher, accompanied by a number of the members of the church, moved into Lowndes County, and located where the city of Valdosta now stands. In this new field he continued the work of preaching the word and built up a congregation which met in his own residence. This was the beginning of the work in Valdosta and the region around about. It was many years after the baptism of Mr. Dasher before he knew that there were any others in any place contending for the "truth as is in Jesus," as he and those associated with him were doing.

Directions:
Valdosta is located at the most southern end of the state of Georgia. Heading south on I-75 take Exit 18 (Hwy 94) and turn left (head east). Cross the bridge and turn left on Norman Rd. Norman will dead end to Baytree Rd. Turn right on Baytree Rd. Baytree will run into N. Oak. Turn right on N. Oak and the cemetery will be on your right. Enter Sunset Hill Cemetery and go to the office. Park to the right of the office. The Dashers are buried under the trees to the right (north) of the office. 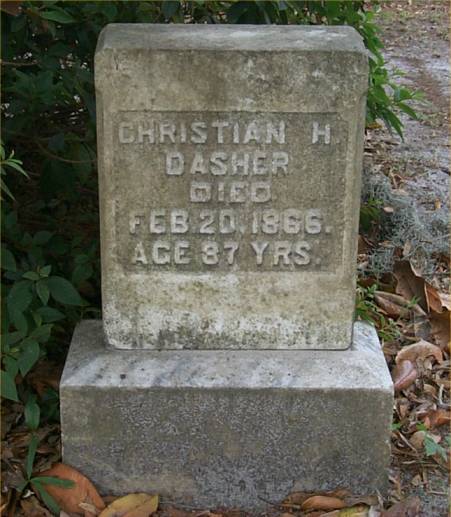