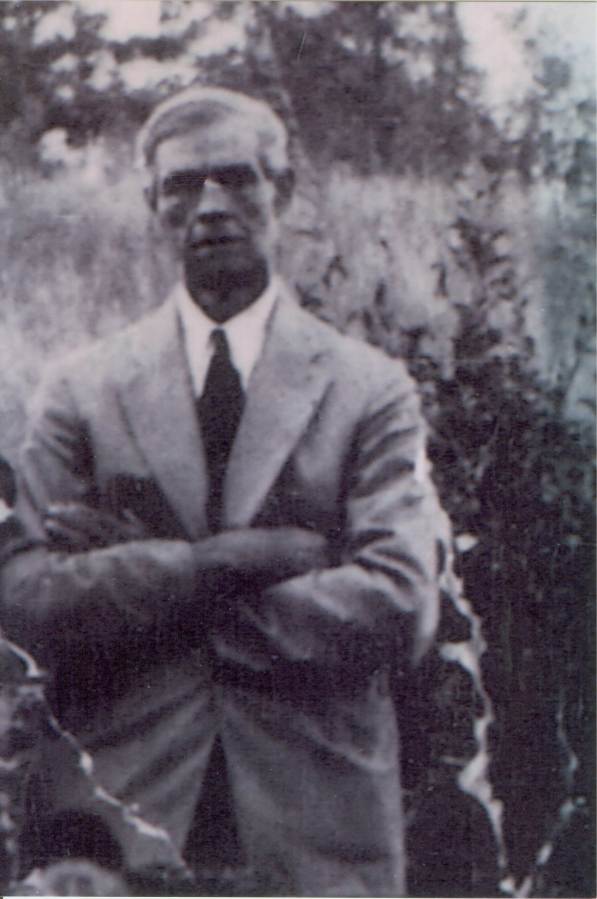 William H. Howard, age 72, died December 18, 1943 at 783 3rd St., Atlanta, Georgia. He was a Gospel Preacher for the church of Christ. He preached at several congregations in Gilmer and Fannin counties in North Georgia.

I learned that brother Howard had been reading of the church of Christ and I talked to him concerning our change over. I insisted that we both come out of the Christian church together and use all our influence to try to change the whole church over as he, at that time, had a good influence over the brethren there. But he would not. Later he moved to Fannin County where he stayed about two years and preached for all the congregations of the church of Christ in that part. Brother Howard, a faithful old soldier of the cross, died near Atlanta, Georgia.

-Life And Work Of H.C. Owen, p.57. Owen mentions W.H. Howard a number of times in the book on his life. On page 5, Howard was said to be preaching in Marietta when he began to make trips into the North Georgia mountains to preach at the old Pleasant Hill Christian church where Owen attended as a young boy. It was at Brother Howard's encouragement that H.C. Owen began to preach. On page 7 Howard was involved in Owen's ordination as a preacher with the encouragement to "Speak where the Bible speaks, and be silent where the Bible is silent." On page 25 Owen mentions that he moderates for brother Howard while engaged in a debate with a Holiness preacher in McCaysville, Georgia.

I grew up in the Blueridge Mountains
in a home filled with Christian love'
I was taught to believe and trust in God
and prepare for heaven above.

I'll never forget the warm summer day
I decided what I must do'
BE obedient to the Gospel of Christ
and let His word guide me through.

I remember Mr. Howard the minister
and the sermon He preached that day'
About how the love Christ had for us
and the price He was willing to pay.

In my memory I still feel the touch of his hand
as He prepared for that special day'
He baptised us there in Boardtown Creek
in those days the only way.

I realize I've made some mistakes since then
doing things I should not do'
and I know I failed in many things
which I knew that I should do.

For those mistakes I repented
and I've asked my God to forgive'
I've prayed I might do a better job
with the time I have left to live.

I want to spend eternity in heaven
and thers so much work I must do'
Trying to encourage those I love
to prepare for heaven too.

Source: This poem was sent to me by Barbara and Ray Cozart. Willard Holloway was a member of the congregation at Fayetteville while I was preaching there. Holloway was a son of the North Georgia mountain region. During World War II, he served in the military. His post was the White House in Washington, D.C. He stood guard outside the oval office protecting President Franklin D. Roosevelt. I recall with fondness at the times Willard and I would talk about his days of service. Those that know of F.D.R's health issues are aware of how important his trips to Georgia were. He spent many weeks in the medicinal waters of Warm Springs. It was there in the "Little White House" where he died April 12, 1945. Holloway said that often, when things were quiet at the White House, the president would invite him to come into the Oval Office, and would say, "Willard, come in and sit down a few minutes, and tell me about how things are in Georgia." He would always tell me, "Roosevelt was a dear friend of mine." This fine old Christian gentleman, as I knew him, was a precious man, and a published author of poetry. He wrote hundreds of poems. I have a file in my office filled with one's he gave me. It is a pleasure to capture and publish this poem about the man who influenced him to become a child of God. When you think of the men that inspired Willard's life, you have to be very impressed with the list. It was my privilege to preach his funeral when he died, August 23, 2004. He was laid to rest on the hill across from the old Boardtown church of Christ, just north of Ellijay, Georgia.

William H. Howard is buried in the Magnolia Cemetery in the Hollywood Courts district in West Atlanta, Georgia. As the crime area is intensely higher in this region of Atlanta, it is not wise to enter it without at least a fellow traveler, or maybe even a police officer. From I-285, take Exit 15., (Hwy. 280), South Cobb Parkway, and head south. The road will become Jesse Jackson Parkway. After crossing Bolton Rd. Take a left on Browntown Road NW. Then turn right on Hollywood Rd. The cemetery will be about a mile south on the left. From the main entrance go to the first road to the right and head down it. At the end the road will bear around to the left. Stop the car, and head toward the big magnolia tree near the south edge of the cemetery. Under the tree and next to the woods is the Howard Plot. Again, if you do not have to go there, it might wise to stay away. I went to the cemetery around daylight one morning, and was not there long. 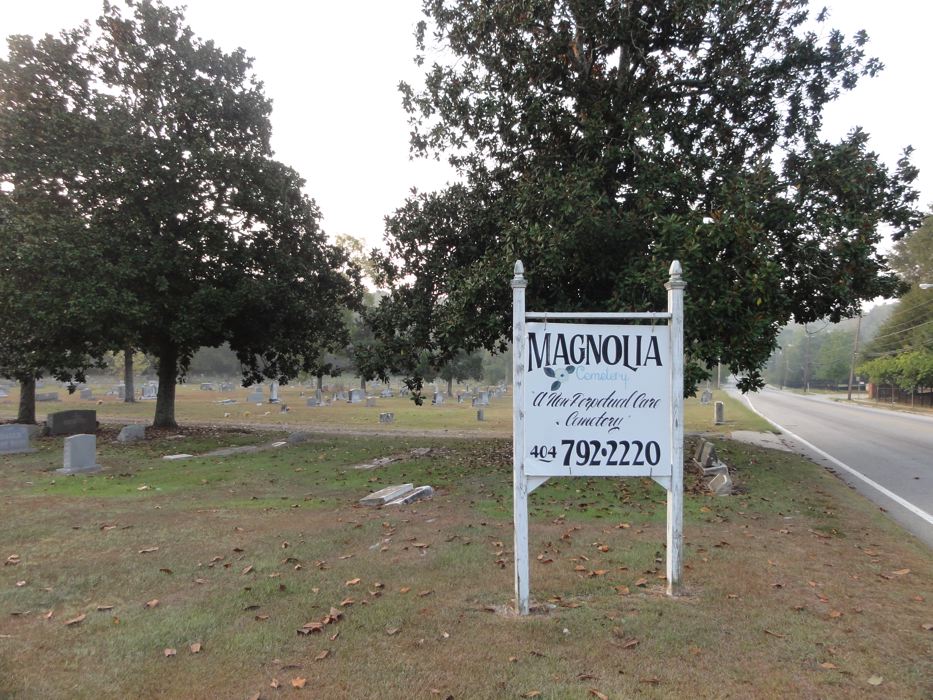 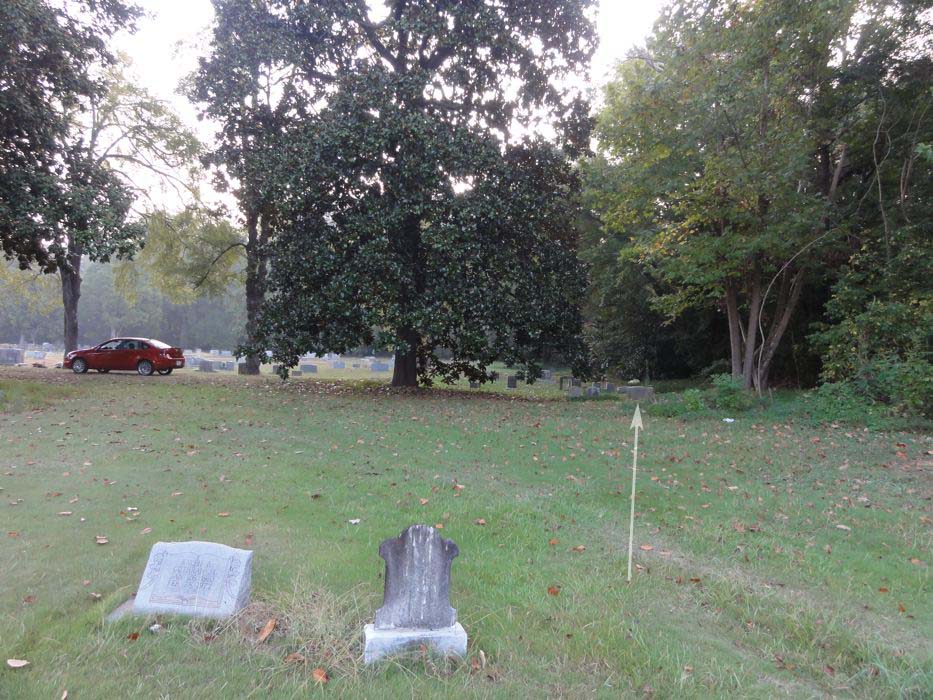 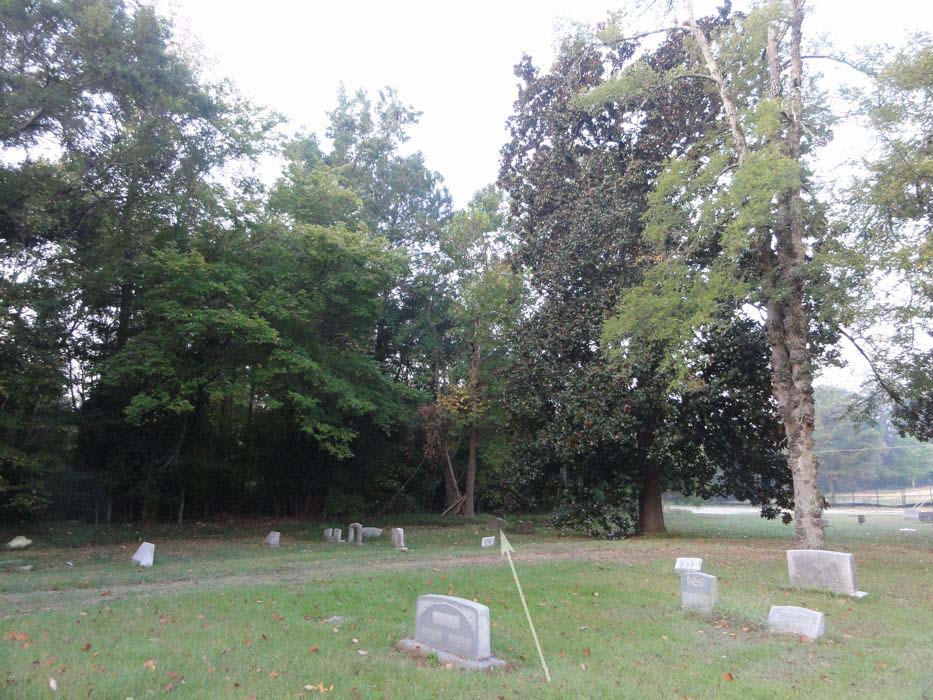 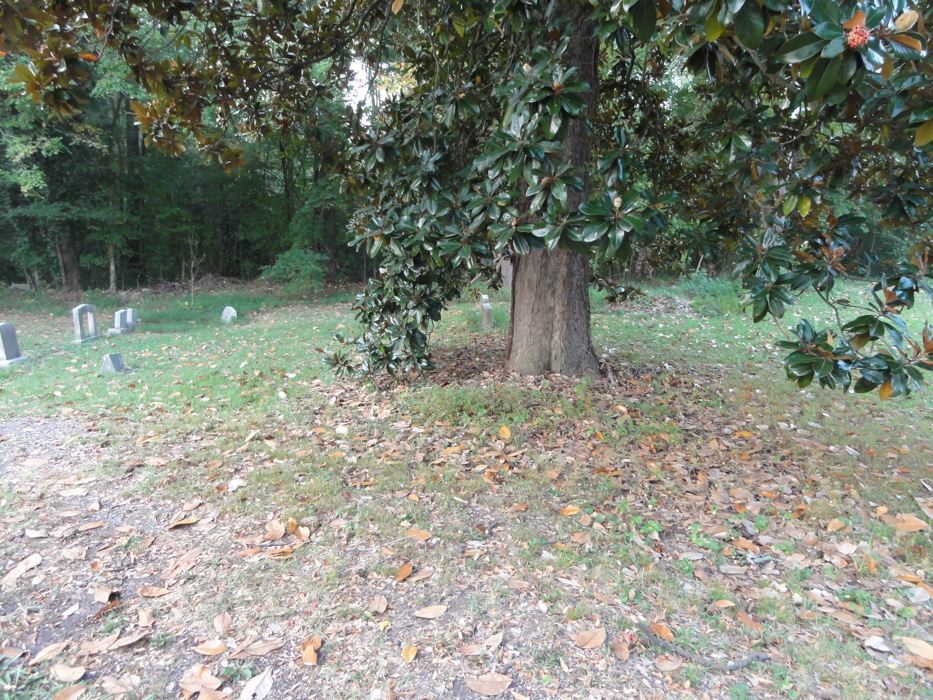 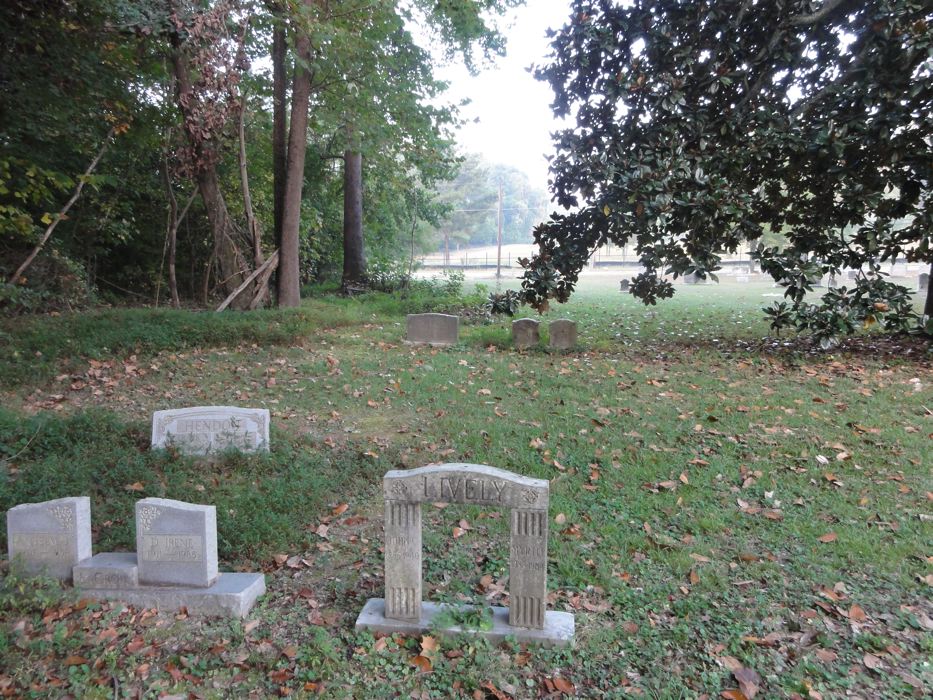 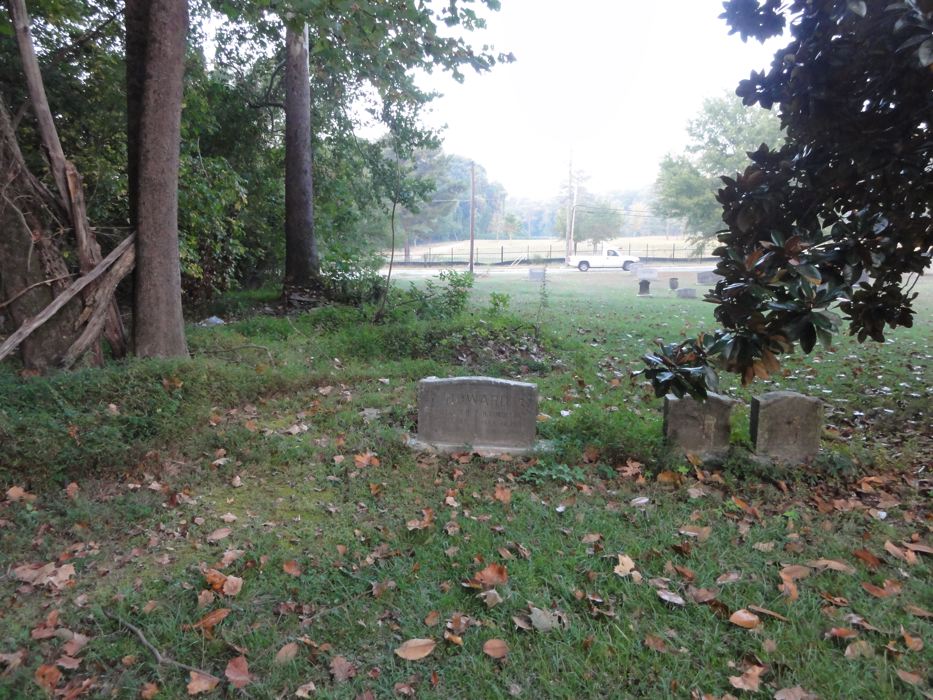 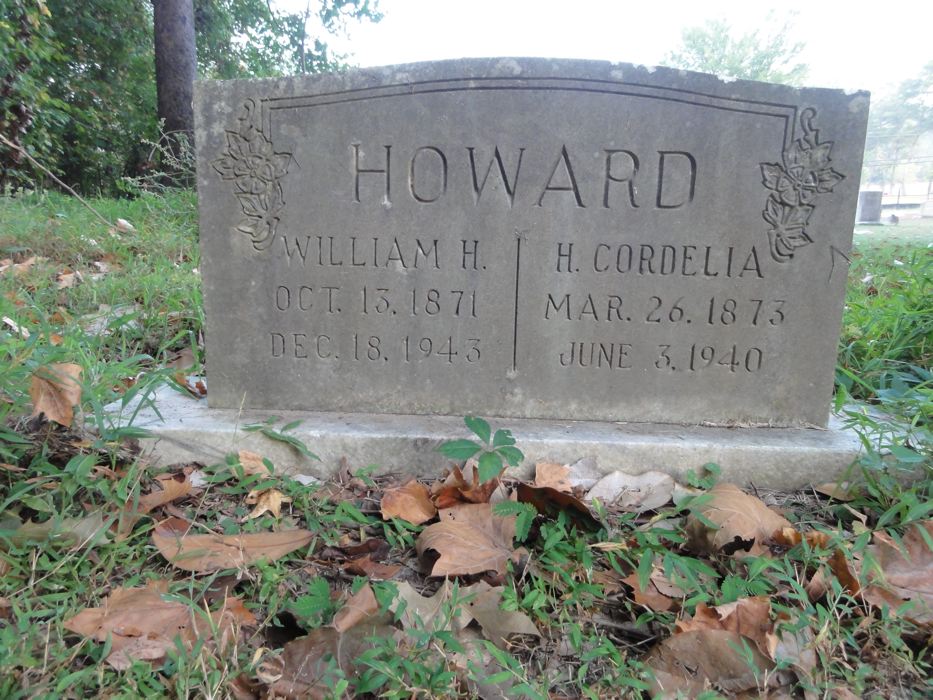 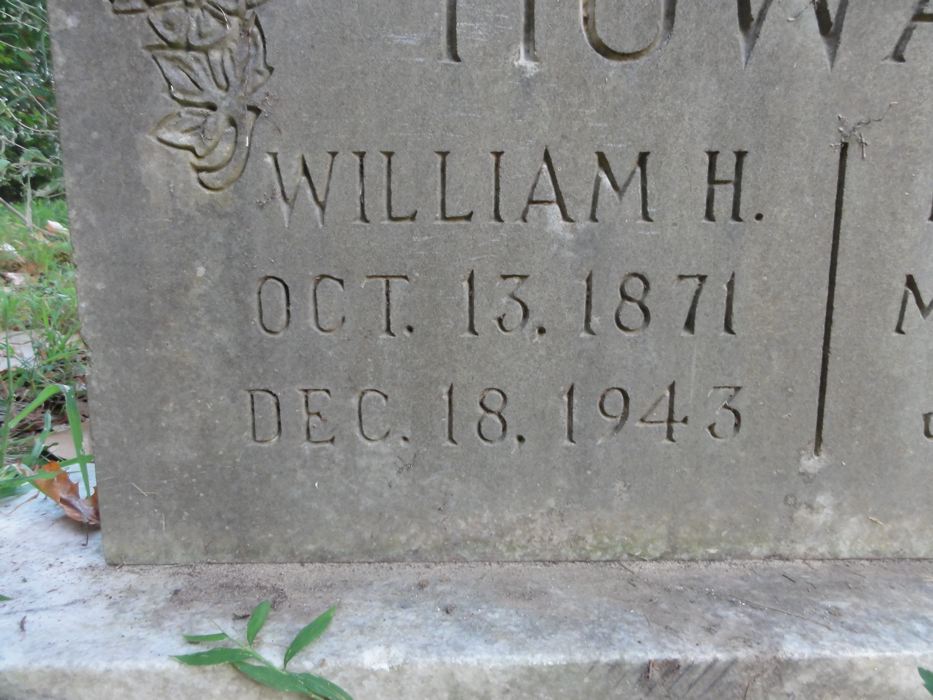 Special thanks are extended to some dear friends, Ray and Barbara Cozart, for helping me locate the grave of W.H. Howard. Brother Howard was Barbara's grandfather. I began hearing about him while I was working with the Cozarts in the church of Christ in Fayetteville, Georgia around the turn of the century. Ray served as one of the elders while I was the minister in the congregation. It was a thrill for me to finally go and find his grave, and get some photos for this site. Brother Howard was a great man at a most important period of time in the settling of the Lord's church in the cities and towns of North Georgia. His grandaughter and her family have been great servants in the kingdom of Christ.