James Edgar Laird was born October 7, 1883, at Scotts Hill, Tennessee. He was the son of Frank and Josie Laird. Laird attended the public schools of Arkansas. After public schools in Arkansas he attended Monea Bible College at Rector, Arkansas. He was baptized by Len D. Williams in 1903.

On July 15, 1913, James Edgar Laird married Miss Iva M. Higginbotham. To this union two boys and four girls were born. The boys were named Joe and James. The girls were named Kitty, Halcyon, Helen and Marilyn. Laird began preaching in a rural community near Hornbeak, Tennessee, in 1906.

Laird was interested in every phase of the Lord's work. He was interested in Christian education for the young people and served as President of Monea Bible College in Rector, Arkansas, from 1913 to 1916. He had a heart of compassion for the homeless and needy, for orphan children, for the aged and helpless. He helped in founding Southern Christian Home at Morrilton, Arkansas, and served as Superintendent from 1924 to 1932. He served as Superintendent of Potter Christian Home in Bowling Green, Kentucky, 1941-45. He taught at Blue Ridge Encampment for a number of summers.

Laird engaged in a number of debates, the most notable one was the Laird-Bogard Debate, held at Bloomer, Arkansas, in 1931, More than 20 times, upon the polemic platforms, he defended the apostolic faith in honorable controversy. He so prepared himself and so powerfully wielded the sword of the Spirit that the truth always prevailed. Several times at the end of these debates, he baptized a number of his opponent's disciples. By choice most of his work was done in mission fields. He loved to plant the seed of the kingdom in new fields, rather than going where the church was already established. Like Paul, he preferred not to build upon another man's foundation. He helped to establish many new congregations and helped and encouraged more than a few men to become gospel preachers.

In August, 1954, at the Blue Ridge Encampment, Laird gave a lecture on brotherhood problems in the church. The lecture was so impressive that he began immediately to receive calls to come to various churches to present this or a similar lecture on brotherhood problems. He was asked to render this service for reason of his age, experience, ability, and Bible knowledge, as well as balanced judgment, wholesome attitude, and general soundness. Thus, he was considered to be uniquely qualified for this type of work. In addition to 50 years of preaching, Laird's activity included debating, school work, and orphan home work. His preaching has been abundant both in gospel meetings and in local work, in large cities, and in rural school houses and under arbors, with strong churches and in mission fields.

Everywhere he went he promoted the starting of new congregations and encouraged young men to preach. All this experience has given him contact with all sorts of situations and all types of minds. It sharpened his wit, enriched his spirit, broadened his perspective and fitted him for the work that he was called to do. The Gospel Advocate ran an article that commended the work that Laird was doing. He was considered a specialist as a lecturer in Teacher Training Courses. Likewise, his ability in gospel meetings was recognized wherever he was known. But to deal with problems in the church, he was qualified as few men are.

James E. Laird, a might warrior, has fallen; but his was a long (eighty-one years) and eventful life. Born in Tennessee (Scotts Hill, Oct. 7, 1883) he died in Tennessee (Chattanooga, Nov. 10, 1964) and his body lies in West Hill Cemetery, Trion, Ga., near where he did his last work for the Lord.

From early life he knew responsibility. Long before he had a family of his own he had family responsibilities; his mother and invalid brother were his care during most of his teen-age years, and when he was twenty, at the death of my father, he took my mother and her three small children to live with him.

In a few years, after seeing that our mother was adjusted to her new situation, he, with his mother and brother, moved to Holcomb, Mo. He had by that time developed into an able gospel preacher through his own diligent efforts. His first preaching was done at Hornbeak, Tenn.

In 1913 he was married to Miss Iva Higginbotham at Bernie, Mo. To this union six children were bornfive and his widow survive, also his sister, my mother, Mrs. T. W. Hall of East Prairie, Mo.

Preaching the gospel of Christ and defending it on the polemic stage were his first love.

He spent most of his time preaching in mission fields and in helping weak congregations to become more aggressive in their work and to become more self-reliant.

His second greatest work was training and encouraging young men to enter the ministry. Among those whom he helped in that way: Joe W. Laird, his son, Altus, Okla.; Leslie G. and C. B. Thomas, his nephews; Cleon Lyles; Cecil N. Wright; Jack Forgerty; and Hobart Ashby. Thus through these and many others will his work continue.

The third area of work in which he left his mark was benevolent. He established the Southern Christian home for children at Fort Smith, Ark. Now at Morrilton, and helped with other homes of like nature.

His fourth area of work in which he was greatly interested was Christian education. He was connected for a time with Old Monea College at Rector, Ark. and out of that school came many able gospel preachers.

Location Of The Grave Of J.E. Laird

James E. and Iva M. Laird are buried in the West Hill Cemetery in Trion, Georgia. North of Atlanta on I-75 go to Adairsville, Exit 306. Head west 17 miles until you come to Hwy. 27/1 and head north through Summerville. When coming into Trion, turn left on Central Avenue. A few blocks then turn left on Simmons St. Go three or four blocks to Pine St. and turn left. The cemetery will be on your right. Go to the main gate and enter. Head to the top of the hill to the last section on your right. The grave will be within 30 feet of the corner. 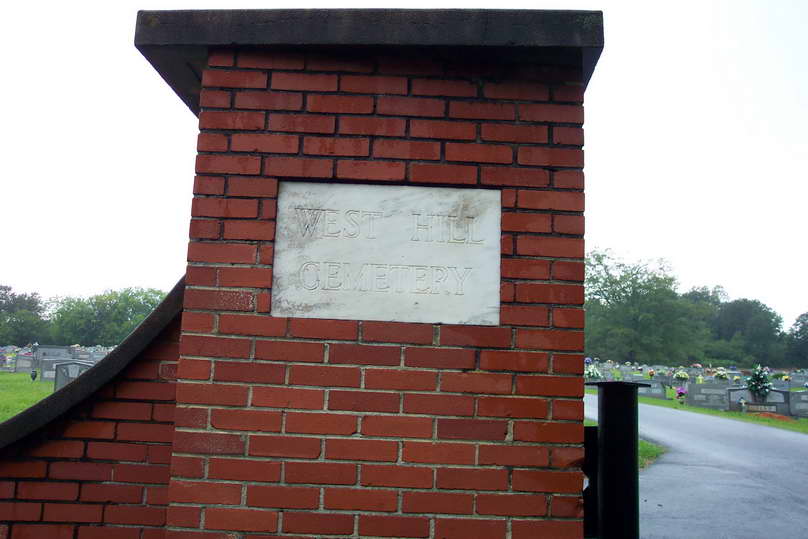 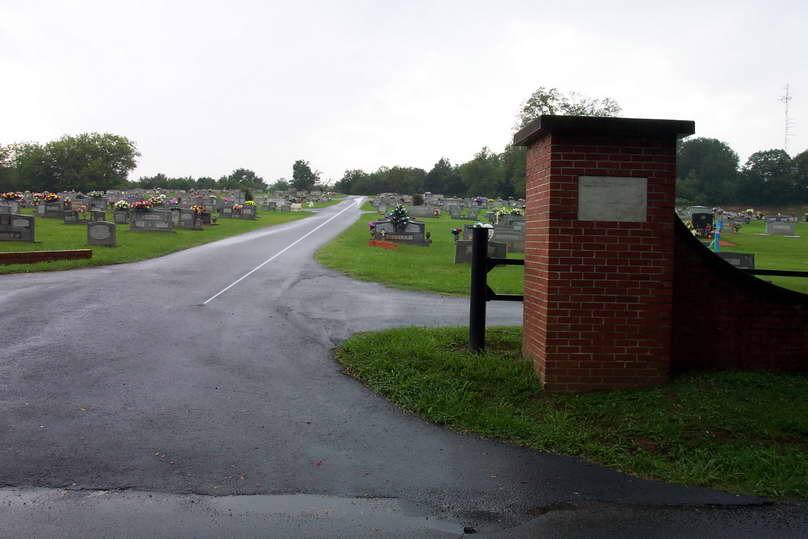 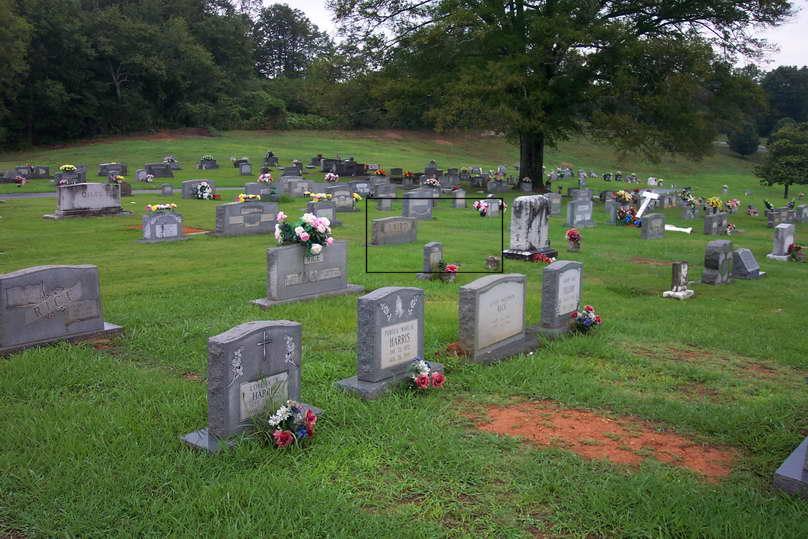 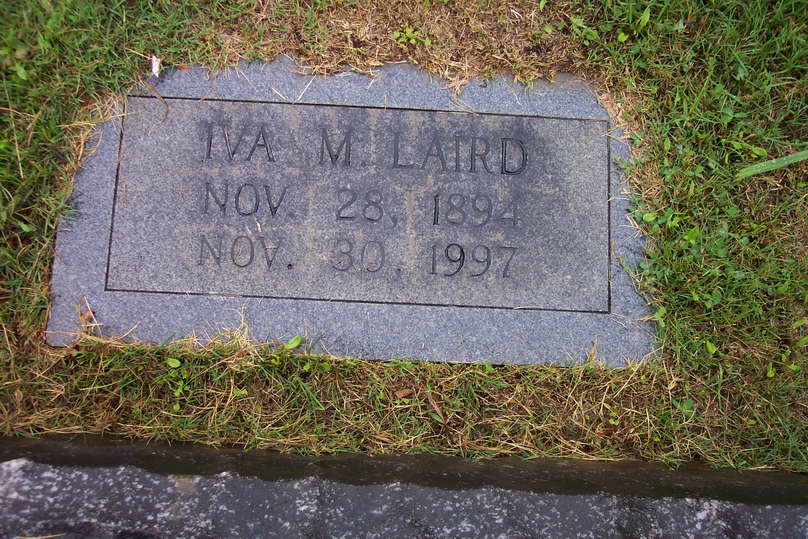