I'd rather be a humble fisher of men
for the Man of Galilee than to be the
destroyer of the Spanish fleet or the
victor of a hundred battlefields. I'd
rather serve Christ than to be a ruler
of millions; for I feel that the one
who brings souls to Jesus Christ, whether
they be Mary Magdalenes, mountaineers of
Georgia, or Negroes who make the cotton
and cane, is engaged in work that is
helping to create heaven on earth.

The above quotation is a testimony made by one of the greatest Disciple pioneers in Northeast Georgia – Erastus Lamar Shelnutt. He served for forty-five years as a minister of the Disciples of Christ and "was long regarded as one of the best read Bible scholars” (Winder News, Winder Georgia, Thursday, April 3, 1941) in Northeast Georgia. "He possessed a keen but understanding mind and contributed liberally to the promulgation of religious life in Georgia.” (Ibid. . . Thursday, April 3, 1941.)

Mr. Shelnutt was born in Walton County, Georgia, in 186, the son of the late Mr. & Mrs. W.C. Shelnutt. He spent his early childhood on a farm near Walnut Grove, Georgia, and attended the public schools in that vicinity. “When a young man he united with the Christian church at Corinth, later he attended the College of the Bible at Lexington, Ky., where he studied for the ministry.” (Ibid. . . Thursday, April 3, 1941.) He graduated from that institution in the spring of 1891, returned to his native state, and entered the evangelistic field.

The young Mr. Shelnutt was appointed as the district evangelist of Northeast Georgia in 1892.  He resigned that work in 1893 to enter the active ministry. In 1895 he was called as state evangelist for Georgia, salary being $50.00 per month. He accepted the call and began his work to evangelize the state. It was during this period that Mr. Shelnutt began his pioneer work. In an article written to the Christian Messenger (the Georgia state Disciple paper) in 1931, the pioneer wrote,

In looking through some records of work of former days, I found among other things, the following:
The first year I was state evangelist, I left my home in January and did not see home for eleven months. During that time I organized five new churches – Rome, Meldrim, Hogan, Lamar, and Daisy May, S.C. The church at Fitzgerald really belongs to me as I held the first meeting there and formed temporary organization. That was the same year. (Christian Messenger, Bruce Nay, editor, 1931)

During the time he served as state evangelist, Mr. Shelnutt organized three churches in the Northeast Georgia District- Reese, Lamar, and Statham. He ended his evangelistic work for the state in 1898 when he accepted a call from the Athens Christian Church. Although he accepted the call to the full-time church he did not lose interest in the rural churches and his zeal to organize new churches. In 1899 he was instrumental in organizing two other churches-Bethany and Erastus. After resigning the Athens church, he accepted a call to the Valdosta Christian Church and went there for a very short ministry. The Christian Standard, February 8, 1902, carried this note concerning his resignation at Valdosta:

E.L. Shelnutt, of Valdosta, announces his intentions of giving up that pastorate in the near future and entering the field of general evangelist. (Christian Standard, February 8, 1902, p. 219)

In 1902 the “Pioneer Preacher” again returned to his favorite work. He accepted the appointment from the Woman’s Society of Georgia Mission as an evangelist. Because of failing health he resigned that work after six and on half months. He organized two churches, Unity in Jackson County and Union Ground in Franklin County, while working under the auspices of the Woman’s Society of Georgia Missions.

During Mr. Shelnutt’s work in Franklin County he encountered opposition on the part of the Baptists. He was locked out of the community school building, was falsely accused, arrested and stood trial, although he was not convicted of any charge. Rev. Shelnutt, possessing a kind spirit, tried to come to some understanding with the Baptists, went to their worship services, but no reconciliation was made. He gives an interesting account of his Franklin County experiences in a pamphlet entitled, Encountering Opposition. He vividly describes the Baptist worship service he attended during his visit in the community:

The preacher, of the blonde type, read from the third chapter of Exodus of the 'burning bush', and took as his text II Pet. ii. 1-3. The sermon was harsh and sectarian in its conception and argument, and mad and abusive in its deliver. The preacher's denunciations of the ‘Campbellites,’ as he called them ‘though’ he said, ‘they want to be 'Christian' and his expositions of the 'damnable doctrine', as he called it, directed the minds and eyes of quite a number in the audience toward me. He told them that the devil was loose in the community, and advised the people more than once not to hear me (the devil referred to) preach my 'doctrine born of hell,’ that I would 'decoy them and their children and lead them to hell for ever and ever.' He further advised his people not to let me have food and shelter in their homes. If they did, they would be partakers with me in propogating the false doctrine. I quietly sat before him and pitied him for his ignorance and lack of the spirit of Christ and remembered that vengeance belongs to God (Rom. xii, 19) and that he will one day settle with him for his wicked words.” (Encountering Opposition, E. L. Shelnutt)

In spite of the unpleasant conditions under which Mr. Shelnutt labored, he was successful in organizing the church with twenty-seven charter members. The building was begun and the name chosen for the church-Union Ground Christian Church, September 16, 1902.

After the Rev. Shelnutt completed his work with the Woman’s Society of Georgia Missions, he again entered the active ministry. He worked in the Northeast Georgla District until 1935 when his health no longer permitted him to continue his chosen work. In reviewing his work in Northeast Georgia he gave the following statistics:

I held the first meeting at Carter Hill with the view of moving Omer Church to that placed.
I held one of the longest meetings ever held by our people in Monroe in the beginning of the church there. Held a tent meeting at Jersey, additions going to Corinth. Preached once a month for a year at Center, additions going to Harmony, Athens, and Erastus.

Held a short meeting at Diamond Hill in the beginning of the work there. All told I have had over 1600 additions in Northeast District. (Letter, E. L. Shelnutt, (possession of Mrs. Claude Mayne, Winder, Georgia)

He was married to Miss Tina Dean Stephenson, also a native of Georgia. His home was blessed with four daughters.

The "Pioneer Evangelist", after a sickness of six years, died on March 23, 1941, at his home in Winder, Georgia. A fitting tribute was made to him by one of his fellow-preachers, W.B. McDonald: "In his death Georgia lost a true and beloved son, Winder a good citizen, and the Christian church one of its ablest ministers. (Ibid., Thursday, April 3, 1941)

Directions To The Grave of E.L. Shelnutt

E.L. Shelnutt is buried in the Rose Hill Cemetery in Winder, Georgia. Northeast of Atlanta, Georgia, take I-85 to Exit 126, Hwy. 211 and head south toward the town of Winder. Go about 10 miles until you come into the town of Winder. Turn left on Betts St. It will merge with W. Chandler St. Just after it merges, count to the second street, (James St.) and turn left into the cemetery. Take the first right. You should be seeing a row of hedge bushes on your left as you enter. You will go past a large section on your left, then the second is much smaller. Stop the car at the second section on the left, and head in toward the middle. The Shelnutt plot will be outlined with brick (as most all are in this section), but with white pebbles covering the inside of the wall. This is Section H. 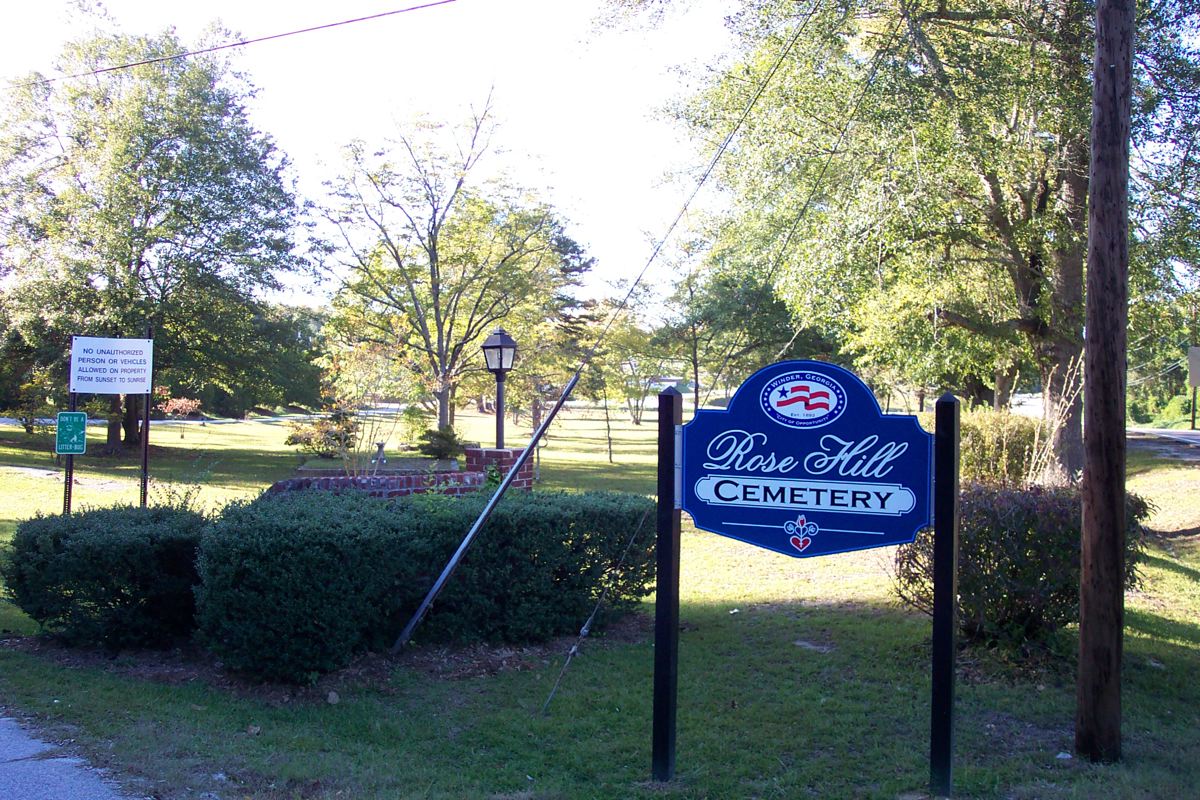 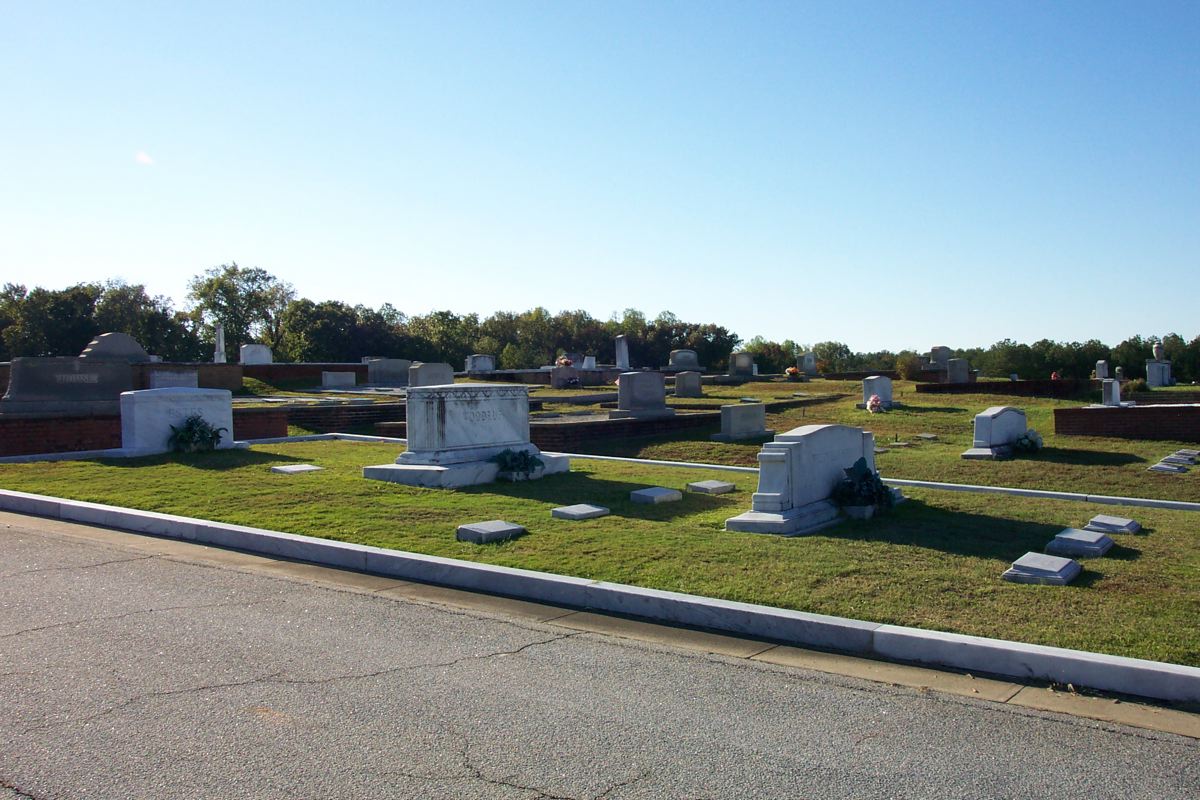 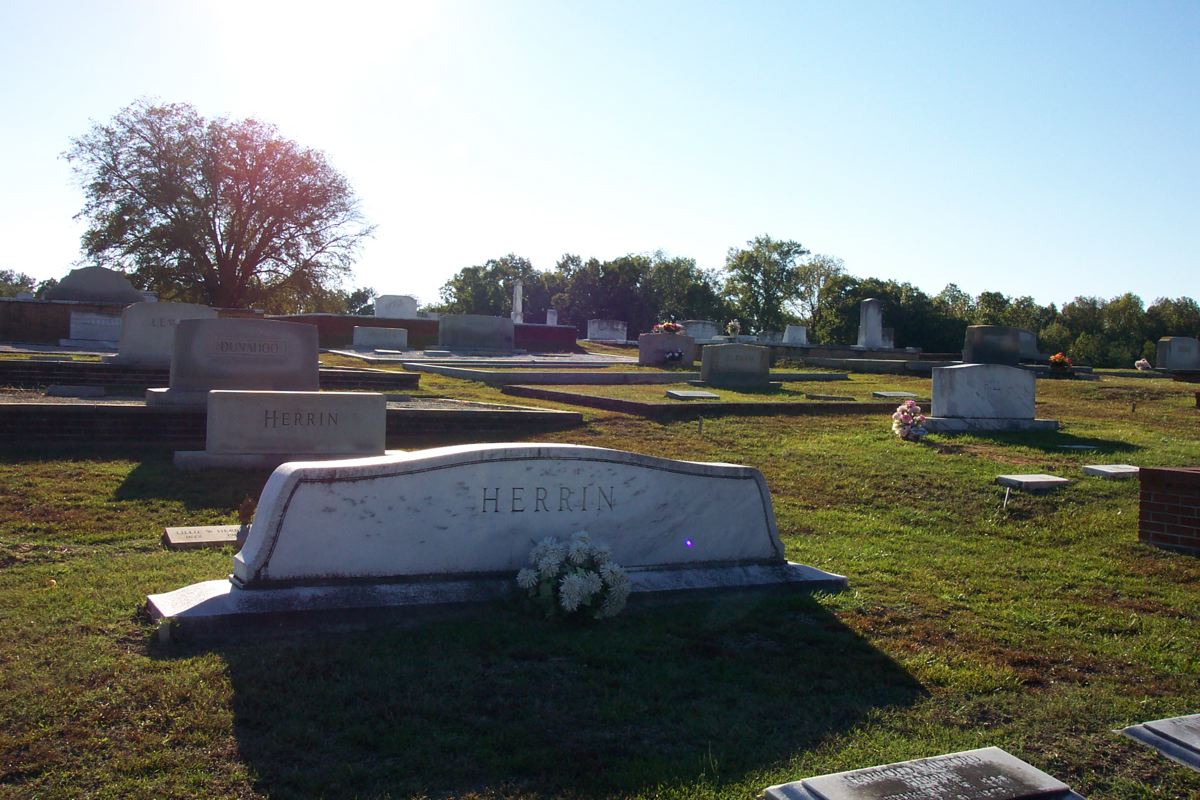 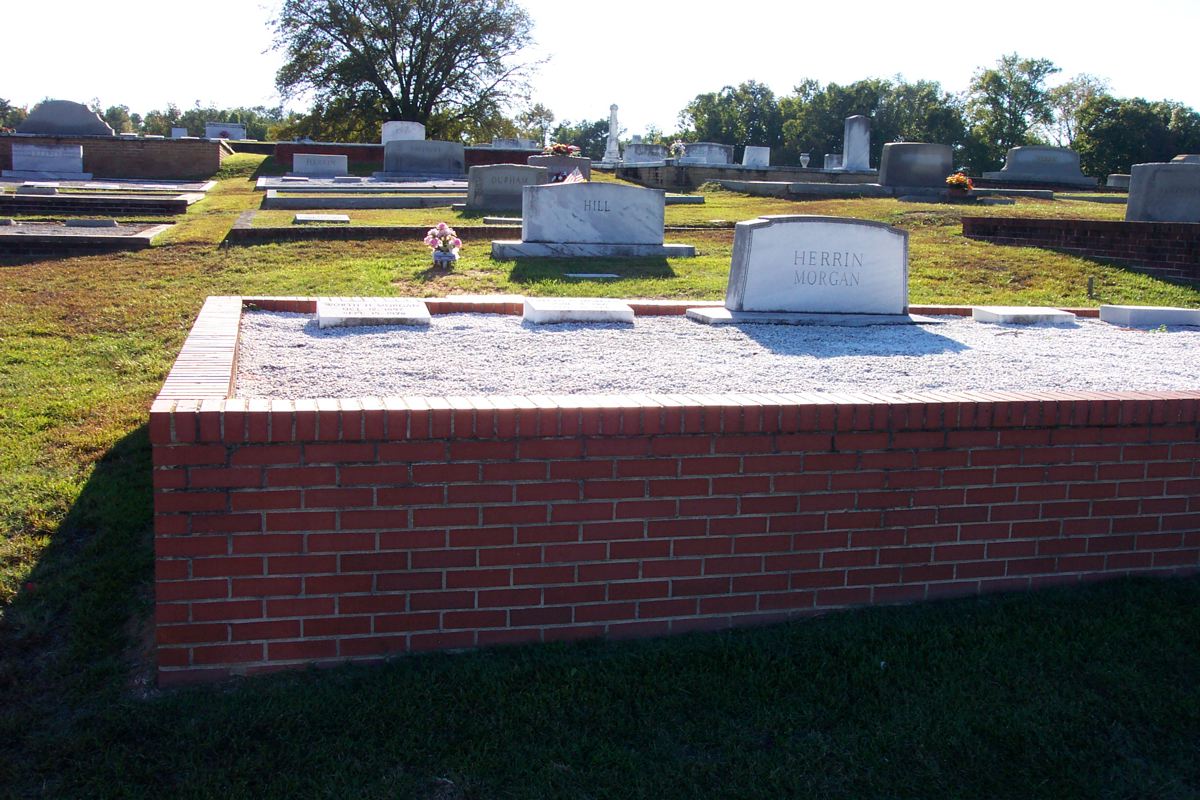 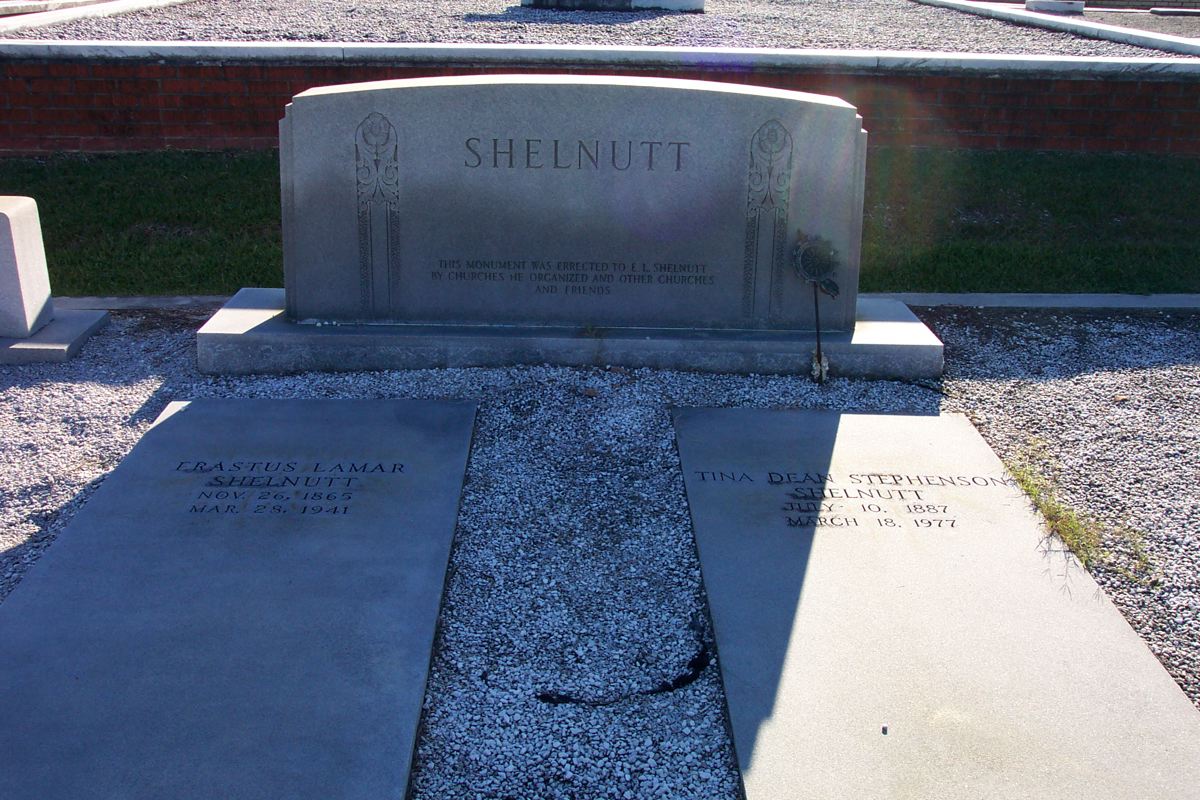 SHELNUTT
This monument was erected to E.L. Shelnutt
by churches he organized and other churches
and friends 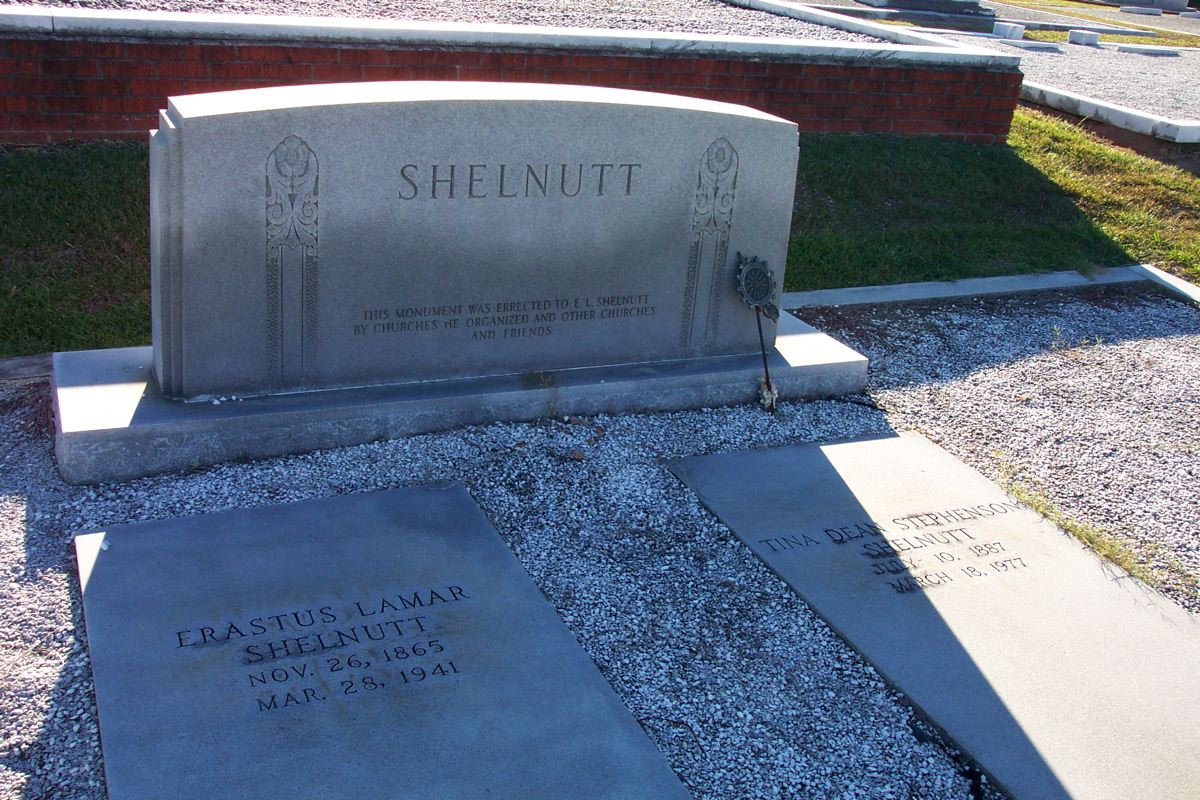 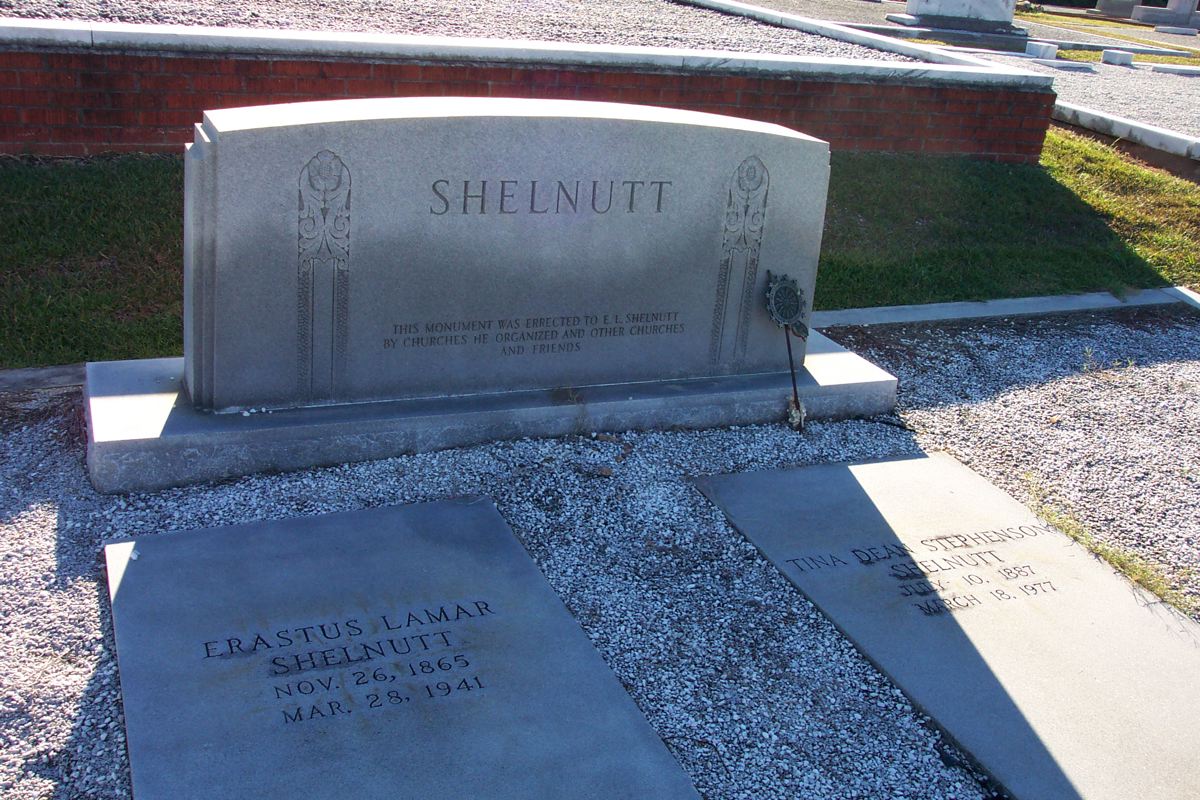 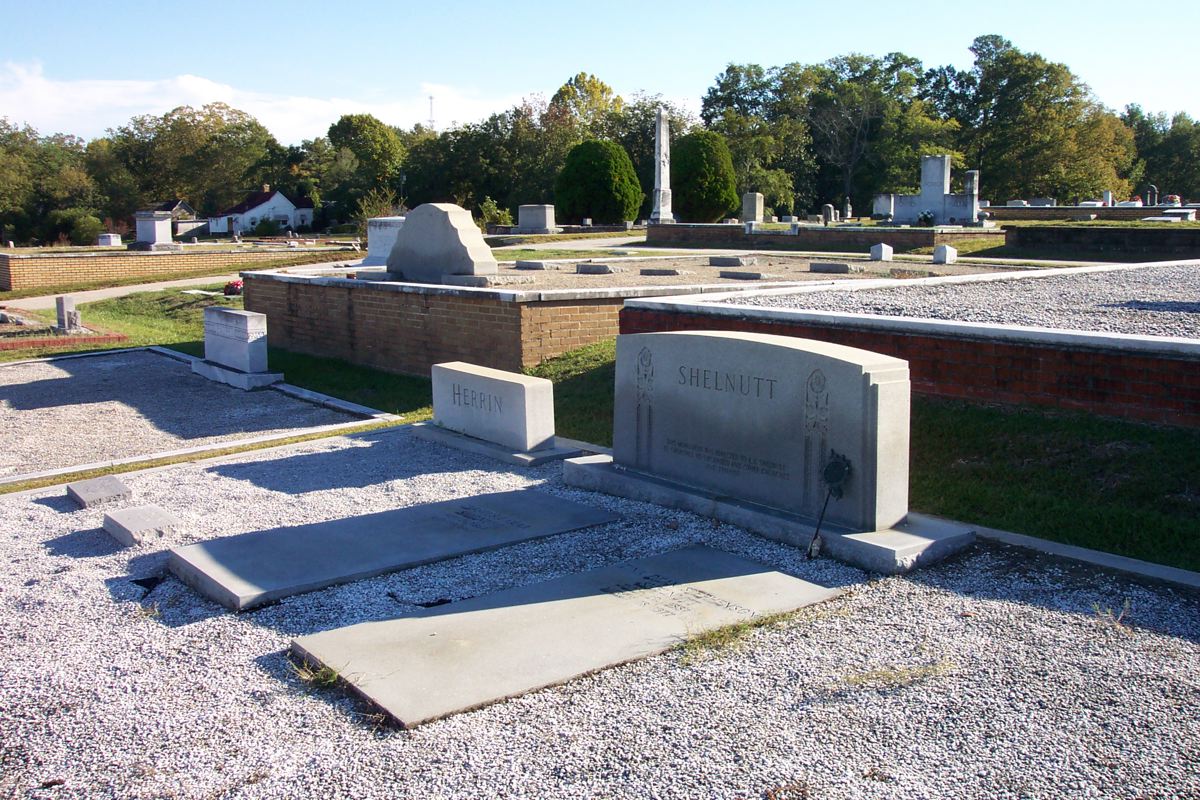 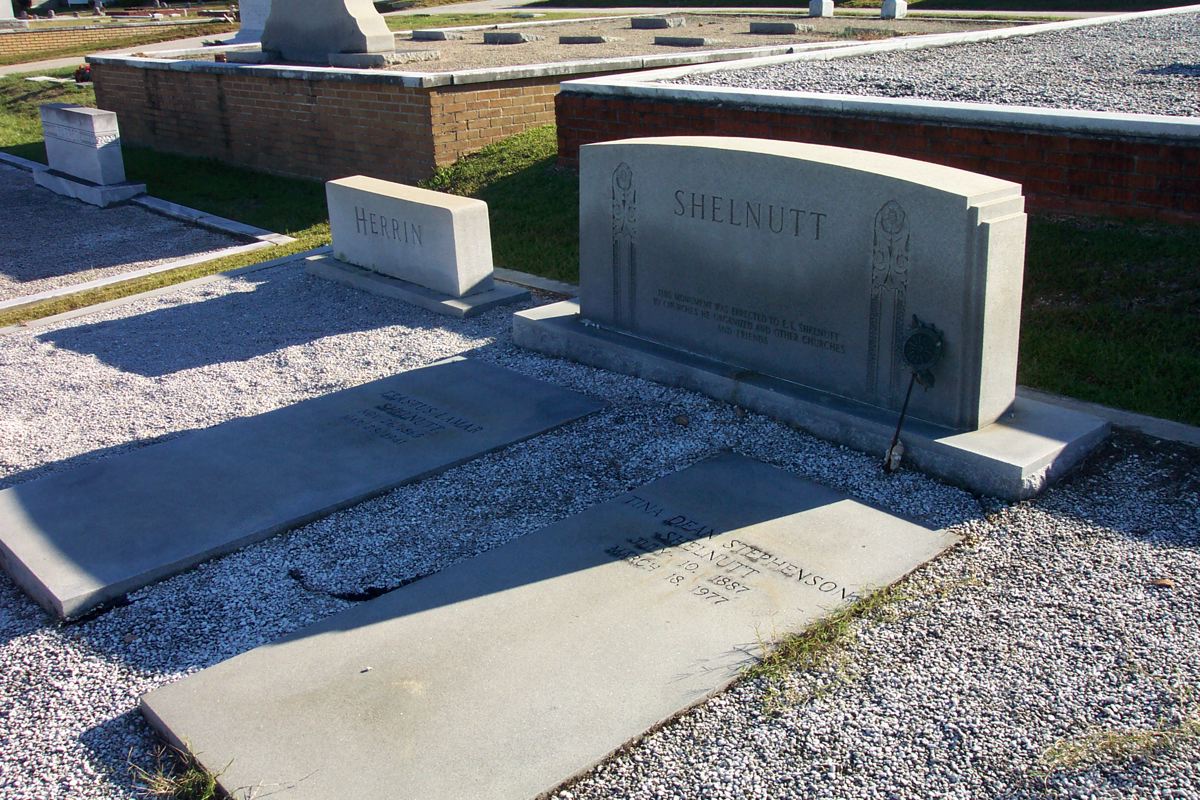 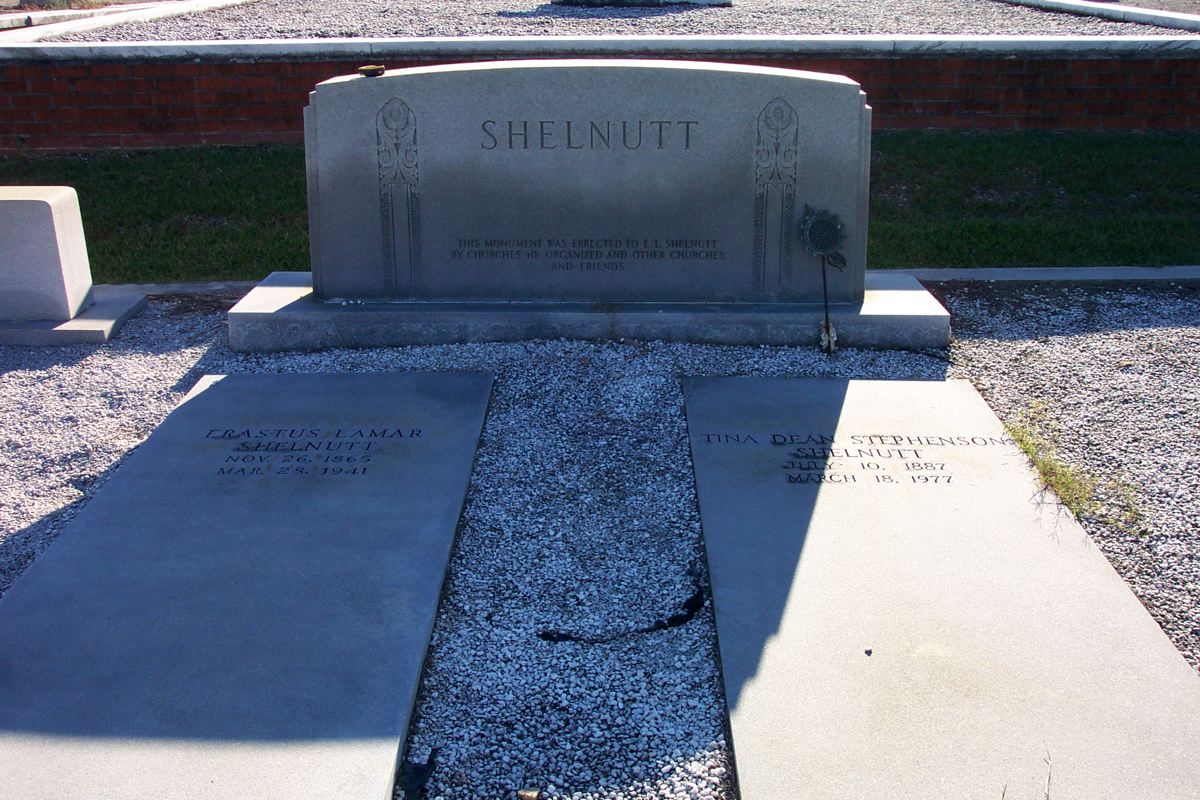 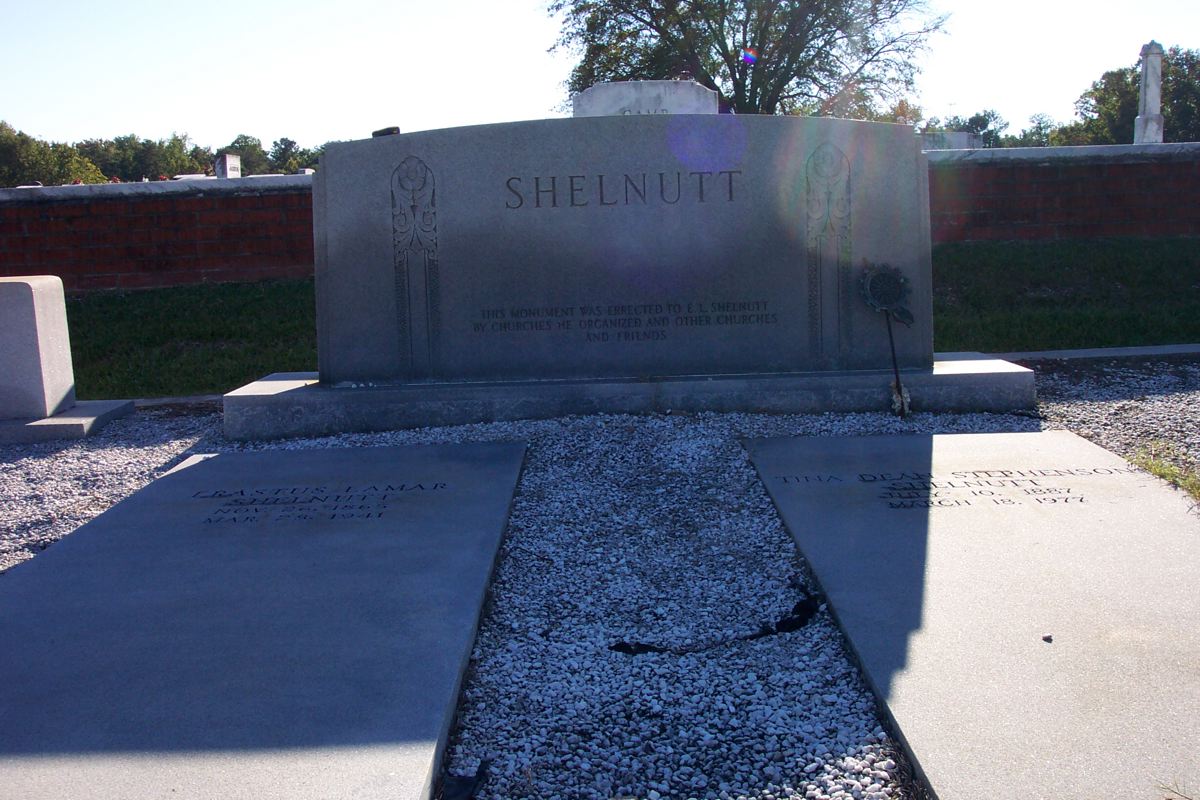 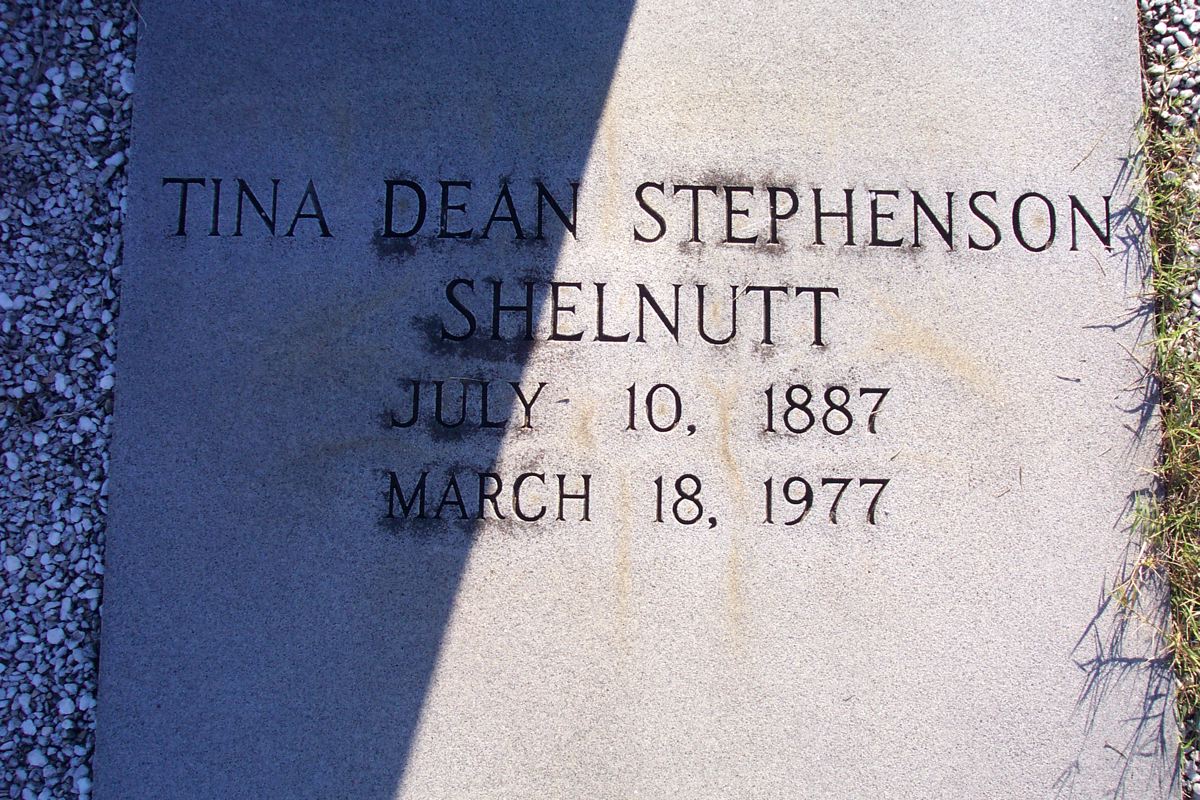 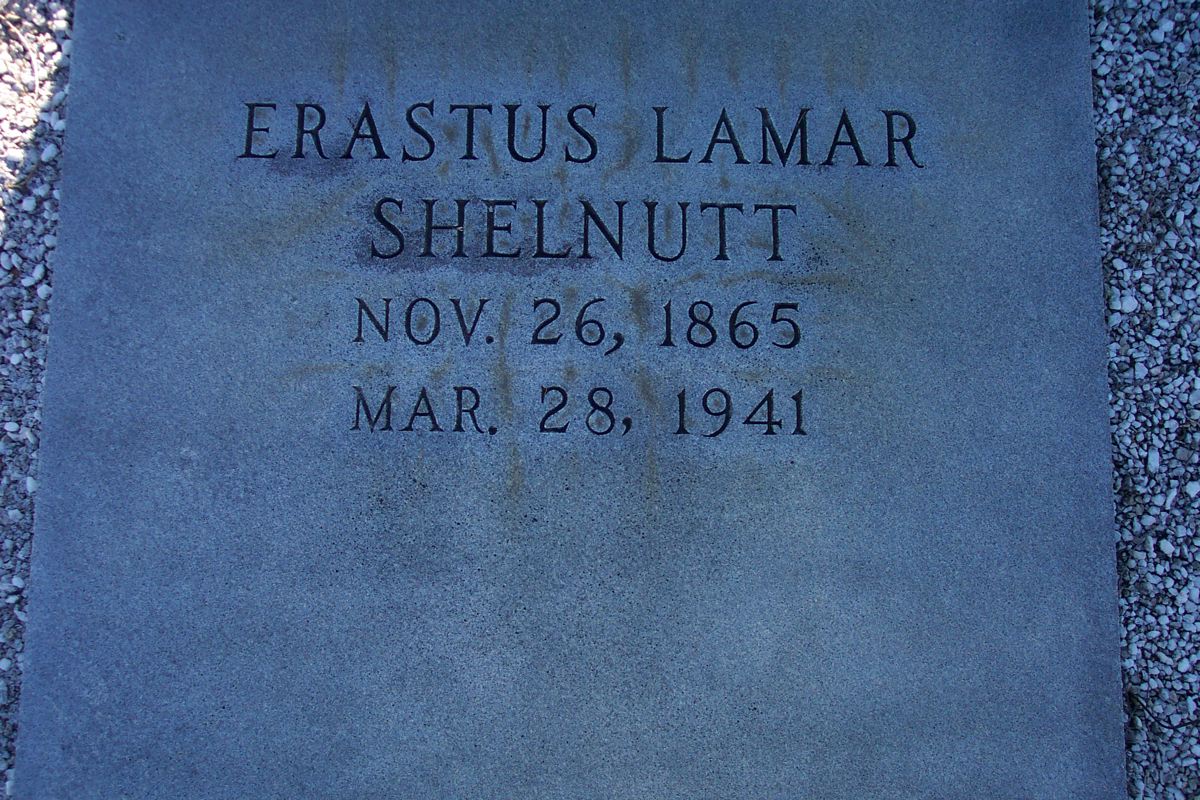 Special Thanks to Joseph R. Bennett II, for his assistance in getting this site together. I visited the grave of E.L. Shelnutt in 2007, and have intended putting this together for some time. It is good to finally have it online.