Biographical Sketches On The Life Of George Callender

Mr. Callender emigrated from Liyerpool, England, in the year 1853, and located a short distance northward from Walnut Grove Academy. He was a gentleman of culture, having been liberally educated while in the Old Country. He was of a kindly disposition, benevolent and generous. Very soon after his location in Walnut Grove he united with the Church of Christ in that community, and became a deyoted memlJer. He wa:s elected a, trustee of the institution, and became one of its best promoters. U pOll tlle resigna tion of President Loos, in 1858, he was elected president of the college, which position he continued to Jill till 1862, when he resigned and was succeeded by B.W. Johnson.

George Callender was born in Edinburgh, Scotland, July 14, 1807, where he attended school, beginning the study of Latin when only eight years of age, and becoming in it so proficient that Greek was learned with a Greek-Latin lexicon. He was also tittillg himself for the ministry of the Presbyterian Church, in which faith he had been brought up, until about his fifteenth year, when, threatened with serious lung trouble, was obliged to give up his studies and enter his father's tannery, where he served his apprenticeship to the trade. His health while there was in a great measure restored, but though obliged to give up serving God from the pulpit, he was not idle. He joined heartily in church and Sunday-school work, in work of the Society fur the Destitute, visiting the sick and needy, rendering necessary substantial aid, and ever ready with words of comfort and encouragement, which few knew better how to give.

On leaving the tannery he engaged in the commission business in Glasgow, removing later to Liverpool, England, where he married Miss Isabella Dunlop, and where they lived nine years. For the sake of the children, especially the boys-two sons and a daughter having been born to them-he determined to leave the vice and confinement of the city for the pure, free air of an American farm. In May, 1852, he came to the United States, seeking a suitable location for their new home. He was greatly attracted to this locality by its natural beauty and fertility, and, after purchasing property, returned to England to settle up his business. The following year he removed his family to the property purchased the previous year, near what is now Eureka, Illinois, and soon identified himself with the best interests of the community. One daughter was born to them there; and, alas for the father's hopes and sacrifices, in 1856 one son died, and in 1858 the other.

In 1855, through the preaching of Rev. William Brown, Mr. Callender and his wife were buried with Christ in baptism, having learned of the Disciples while in Liverpool by reading the discussion between Alex Campbell and Robert Owen on the Evidences of Christianity. Soon after becoming acquainted with the young people of the neighborhood he gathered them together at his home on Sunday afternoon far Bible study.. The little Sunday-school soon outgrew his rooms, and was removed to the academy, which, too, was soon not large enough to accommodate those who came, and it was moved again, to the church, where he was still its faithful superintendent and teacher of the Bible class. Such was the beginning of our Sunday-school in Eureka, not that this was the first time or the second that one had been organized in the community, but it was given to this good man to successfully begin and carry it through its early discouragements, till it became second only to the church service.

He who knew the advantages of an education could not but feel a deep interest in the struggles of our school to gain and maintain a place among our people. Mr. Callender was President of the college for two or three years, during which time he awarded the first diploma given by the institution, and under him also graduated the largest class of its first twenty-six years. Being a thorough student of the Bible and having a mind well stored with useful information the lectures he frequently delivered before the students were exceedingly interesting and instructive. He was very fond of the society of young people, over whom he had a remarkable influence for good; he made himself their friend, joined in their amusements, sympathized in their sorrows, and gave substantial aid to ambitious, deserving students, struggling to obtain an education. He gave freely of time and means to further the interest of the college. He was one of the Charter Trustees and its efficient secretary of the Board for a number of years. and only retired from the trusteeship when age and failing health warned him to lay aside some of the burdens of earlier years. In his dealings with others and in his daily life he was above reproach. It was a comfort when age was creeping on, to feel that all his life through he had striven to be just and honest toward all men. Having made his peace with God he did not doubt, and often, when he felt the powers of mind and body failing, would repeat, "He that heareth my word, and believeth on him that sent me hath everlasting life, and shall not come into condemnation, but is passed from death unto life" (John 5: 24), receiving untold comfort from Christ's words. As the shadows of forgetfulness closed about him, he still remembered passages of God's word and could express himself in prayer when speech concerning the common affairs of life failed him. After a lingering illness, most patiently endured, his spirit took its flight July 17, 1891, and his body was laid to rest in the cemetery at Eureka.

Such is the brief history of a noble life, a life not unsuccessful as the world counts success, but eminently successful in its best sense, in its influence for good upon all with whom he came in contact.

Location Of The Grave Of George Callender

George Callender was born July 14,1807 and died just three days after his eighty-fourth birthday on July 17,1891. He served Eureka College from 1858-1862 as a beloved professor. He and his wife are buried in the Olio Township Cemetery, also known as Eureka Cemetery in Eureka, Illinois. The city is located just east of Peoria on Hwy. 24. In the town center turn right on Hwy. 117. and go past Eureka College, and you will see the cemetery on the left. This cemetery was at one time the old Eureka Christian Church Cemetery. The building has long been gone. Enter into the main entrance of the cemetery and go to the second left. Head up the hill about half way and look to the right. The marker is at the edge of the drive. It is more difficult to read as the years have been unkind. However, when it was placed it would have been a fine memorial to a much loved and appreciated man of God. When we visited the grave in 2009, we chalked the monument to get a better rendition. See the amazing differences below. 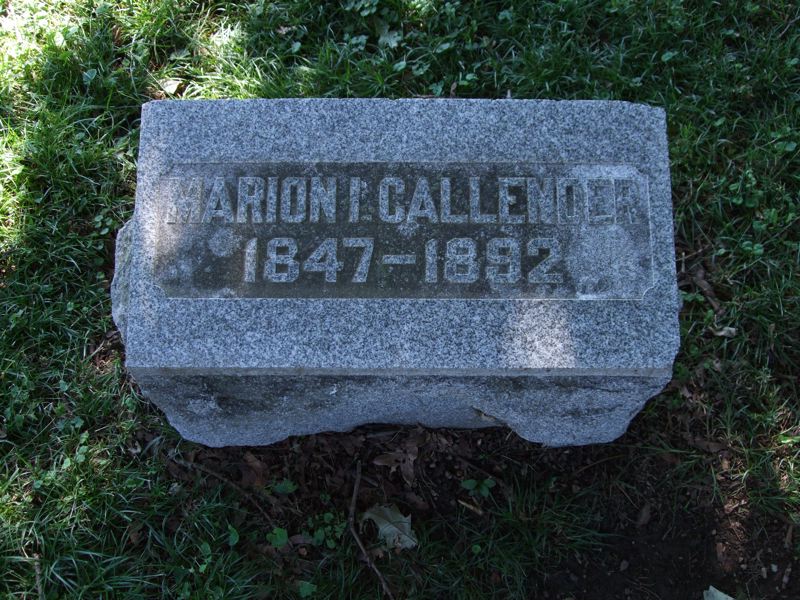 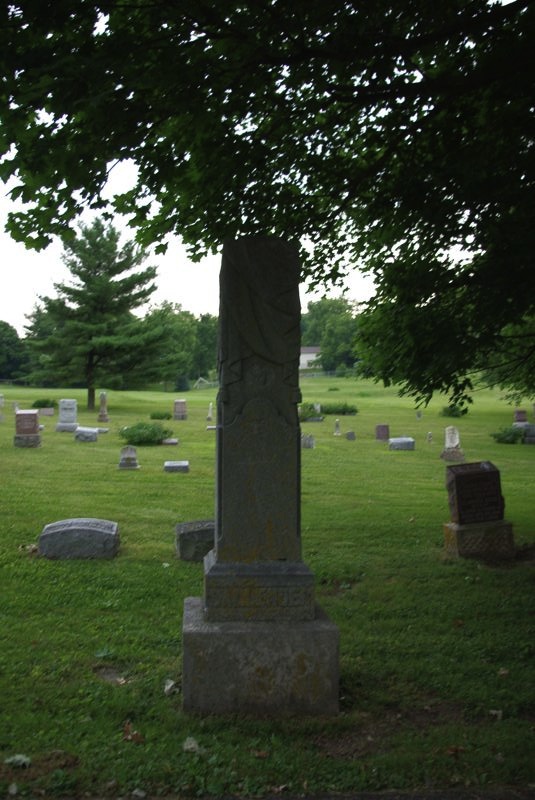 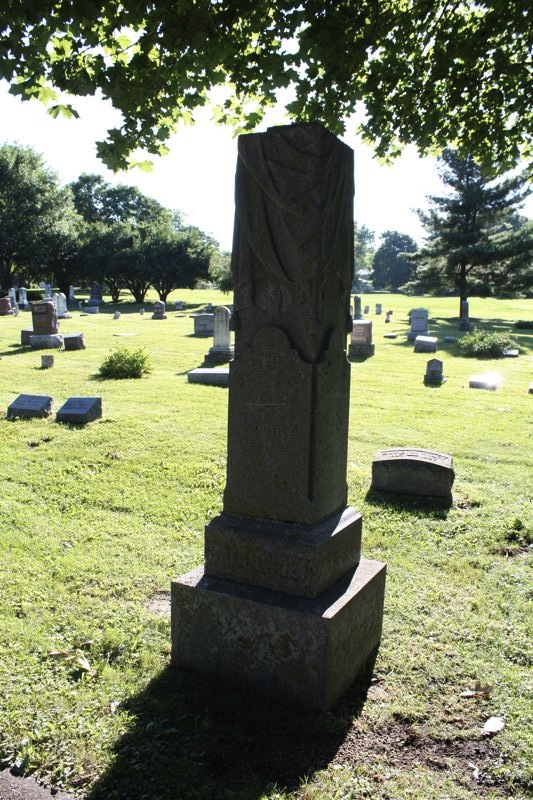 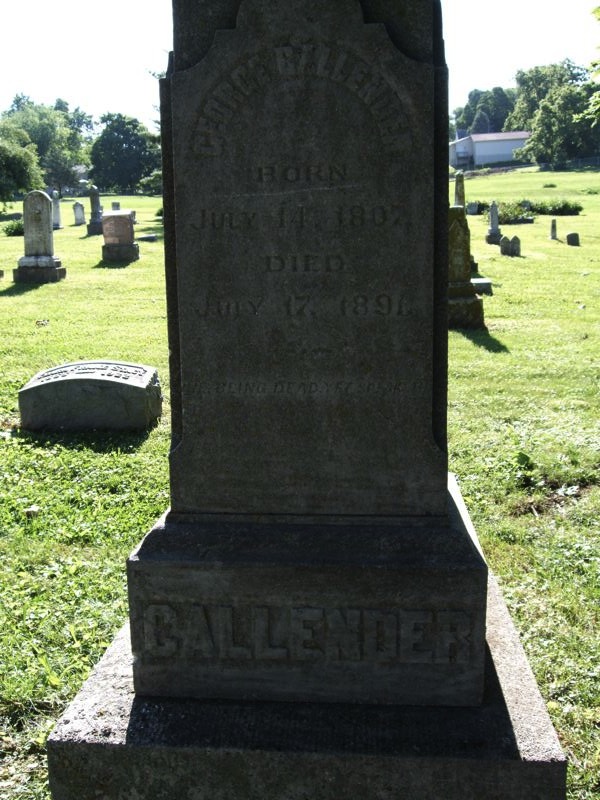 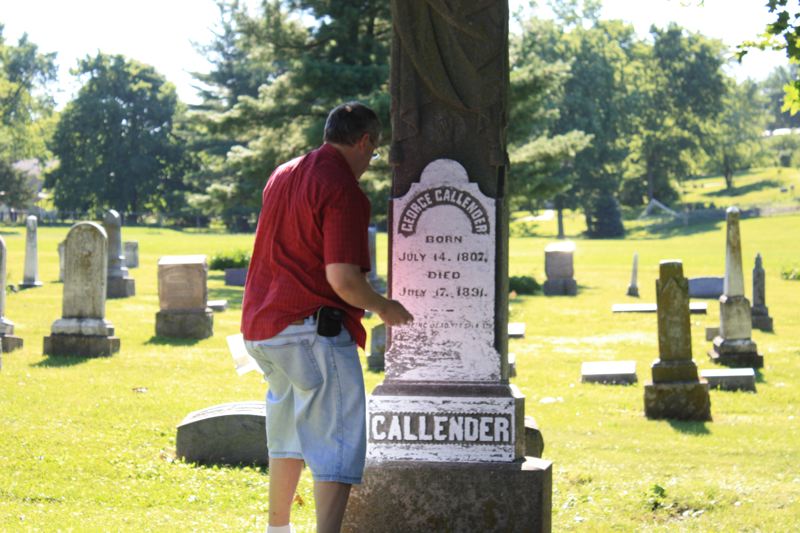 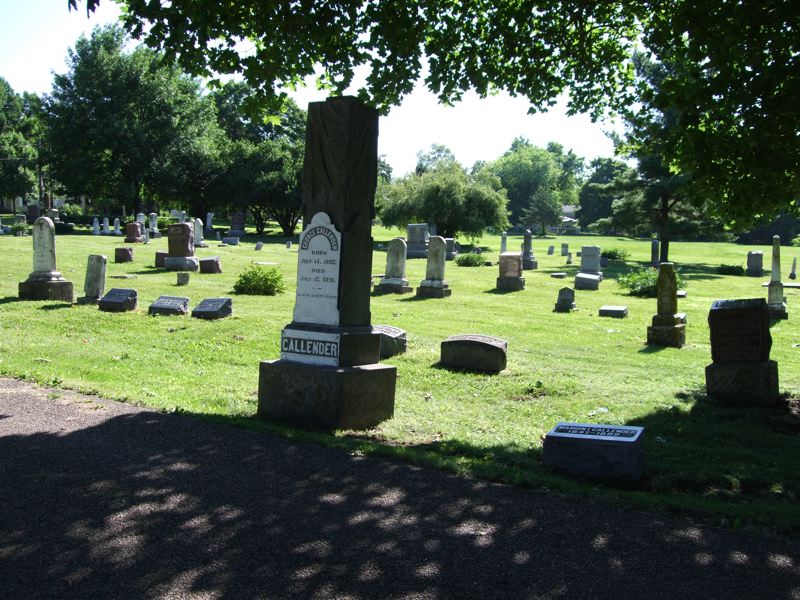 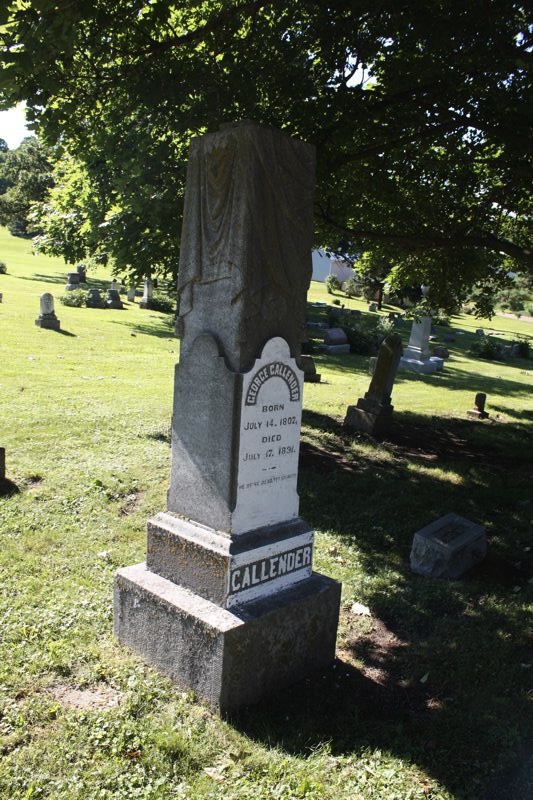 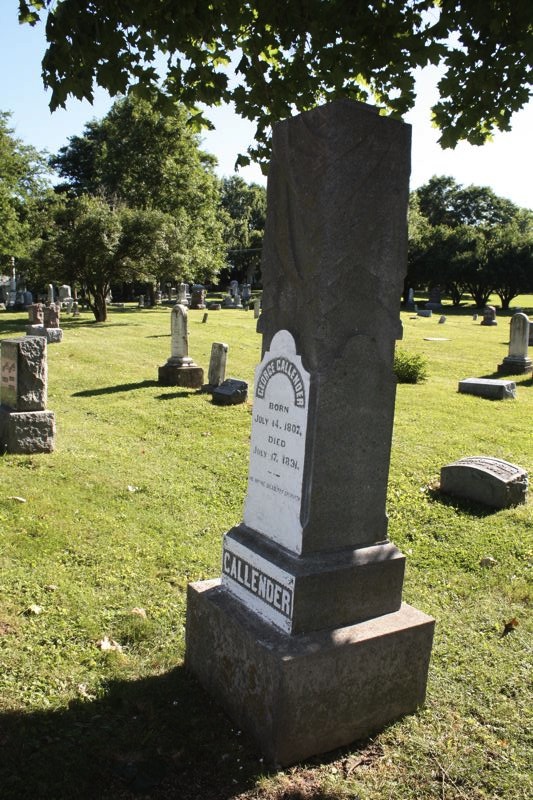 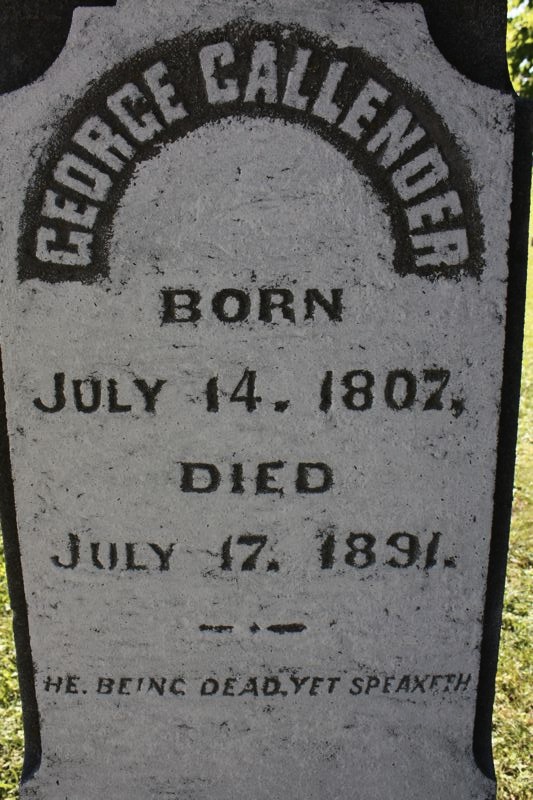