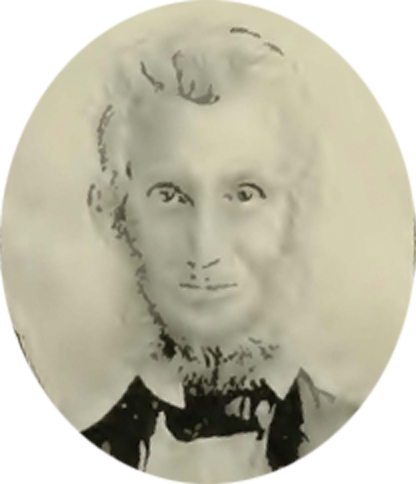 The Life Of Albert G. Ewing

Mr. Ewing was a native of Tennessee, but in early life removed to Virginia. He emigrated to Illinois and located in Walnut Grove, near the college, in 1858. He was elected to a trusteeship soon after his arrival. At the death of E. Dickinson, in 1862, Elder A. G. Ewing was elected President of the Board of Trustees, which office he held continuously for more than ten years, and until his death in 1873.
-History of Eureka College, p.68

A. G. Ewing was born in Nashville, Tennessee Feb. 28th, 1804. His parents were natives of Scotland. It was a tradition in his father’s family that their ancestors were of the same family as that most famous of Scottish heroes, Sir. William Wallace. His parents were among the earliest settlers of Nashville. His father gave his six sons the best opportunities in the way of education that that day afforded, and they all became prominent men in a worldly way except Albert, the subject of this sketch; his life was even more energetic and earnest than theirs, but his chief ambition was to serve his God and save his fellowmen. He graduated in Cumberland College when only sixteen years old. Was a good Greek scholar, and throughout his life his Greek Bible was nearly as often in his hand as his well-worn English Bible. Gen. Jackson’s name is appended to his diploma as one of the college trustees. The noted General was known and admired by the youthful student. Soon after Albert graduated, he was honored by a partnership with the then celebrated Dr. Rush in a drug-store; he gained a good knowledge of medicine. At this time Alexander Campbell preached in Nashville when Albert was nineteen, and his parents and himself were among the first converts Campbell made there. The reformer and his young convert loved each other. Albert gave up fine prospects of earthly honor and riches and followed the then persecuted Campbell to Bethany, became a student under him, traveled with him on some of his extensive preaching tours, and finally married Campbell's eldest daughter. She died young, like all of Campbell's first family of gifted and beautiful daughters.

In 1837 Mr. Ewing married Miss Mary J. Marsilliot of Wheeling, Va., and removed to a farm on the Ohio River near the village of Clarington. She outlived him fifteen years. Farming and the building and managing of a large steam flouring and sawmill enabled him to give employment to a number of men. He chose this river locality for his home, because religious and educational work was sadly needed there. During the twenty years of his life there all that he had and was, was freely given to educate and Christianize the people. He met with opposition and persecution for a time, but also had good success, and came to be much beloved. He preached, made converts and organized churches in a number of places, built the church house for his home church with very little aid, and was its pastor for sixteen years. He made the same mistake others of our pioneer preachers made, he required too little of others and caused them to depend too much on him. Finally his health failed and he was crippled financially. He brought his family to Eureka, Ill., in 1838. Although broken in health and mental power by a long illness occurring shortly before his coming West, his life in his new home was not useless; he soon became a working elder in the church. His active eldership in Ohio and Illinois covered a period of forty years. He was a trustee of Bethany College for a number of years before he came to Illinois. He was President of the Board of Trustees of Eureka College for eleven years before his death, and was deeply interested in its welfare.

President Everest once said of him, that of all men he had come in contact with, he had the least admixture of selfishness. The good of The Cause was always first with him. Another who knew him well said, when notified of his death, "If ever the words which Christ applied to Nathanael applied to any other man they did to A. G. Ewing. He was an Israelite indeed in whom there was no guile." He fell asleep on August 28th, 1873, at his home in Eureka, Illinois.

Directions to the Grave Of Albert G. Ewing

A.G. Ewing is buried in the Olio Township Cemetery, also known as Eureka Cemetery in Eureka, Illinois. The city is located just east of Peoria on Hwy. 24. In the town center turn right on Hwy. 117. and go past Eureka College, and you will see the cemetery on the left. This cemetery was at one time the old Eureka Christian Church Cemetery. The building has long been gone. Enter into the main entrance of the cemetery and take the second drive to the left. Go 75 yards up the hill. Stop the car. Go into the section to the left. The Ewing plot is easily located.

Note: Ewing's first wife, Jane Campbell, is buried near her parents in God's Acre, Bethany, West Virginia. A photo of the grave can be found here. 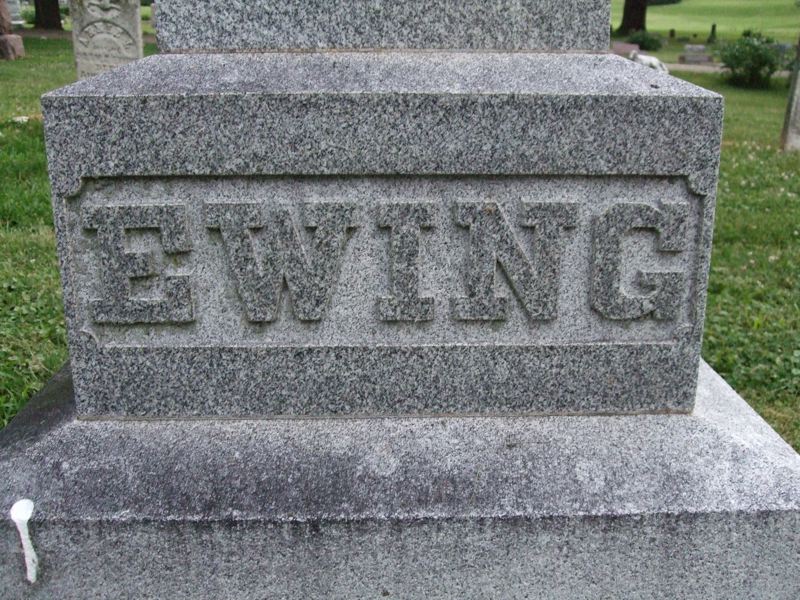 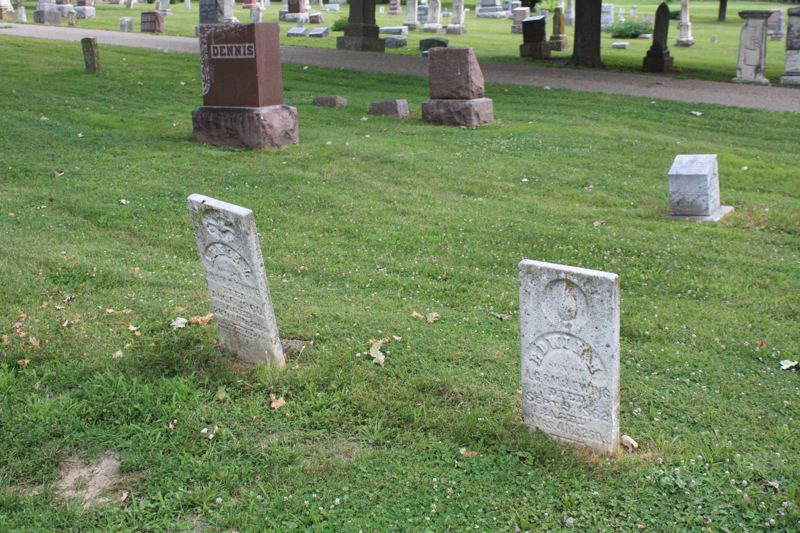 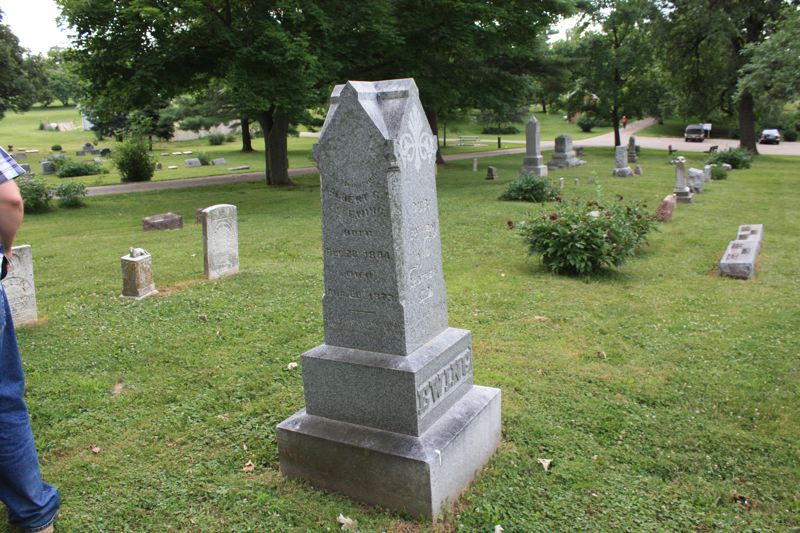 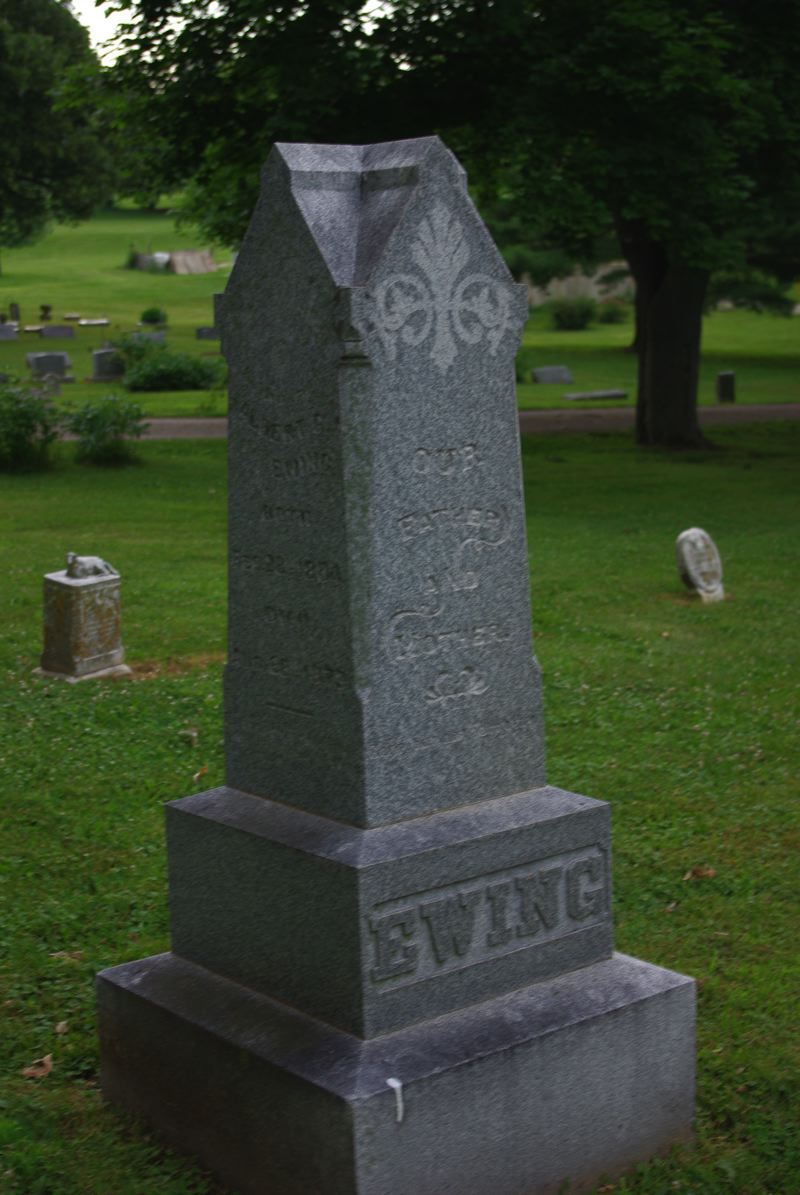 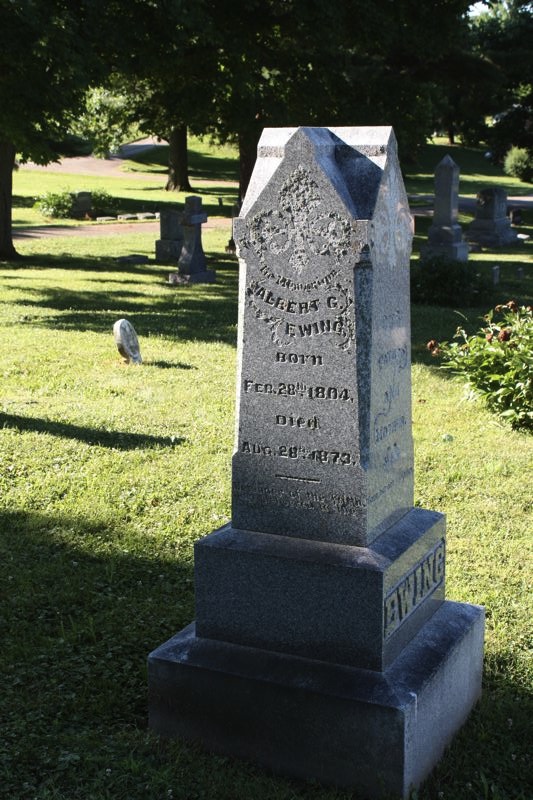 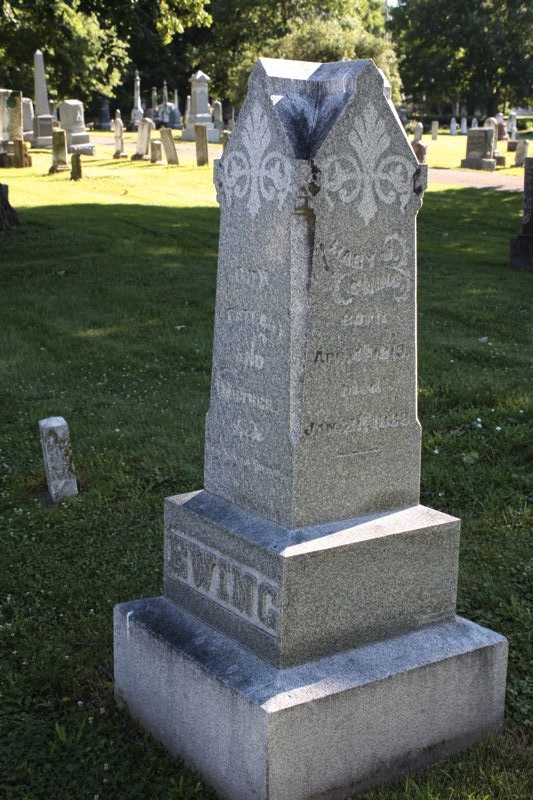 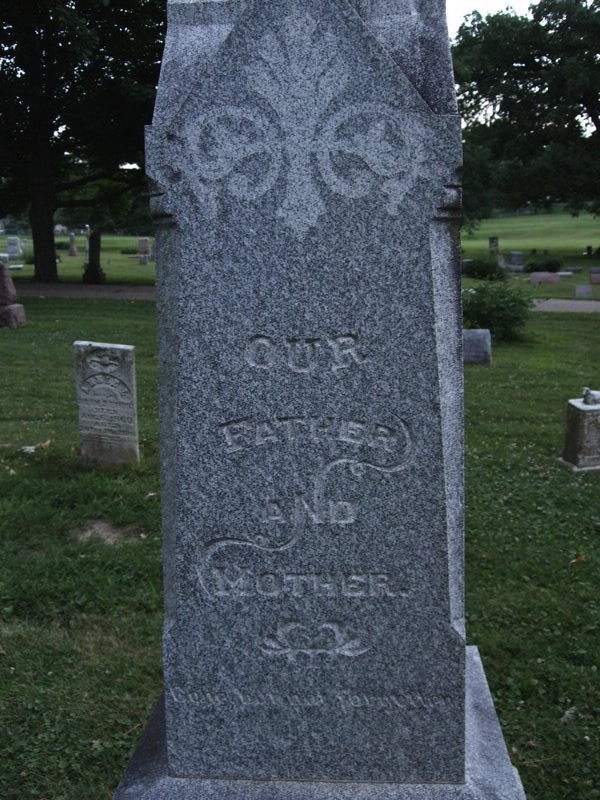 Our Father And Mother 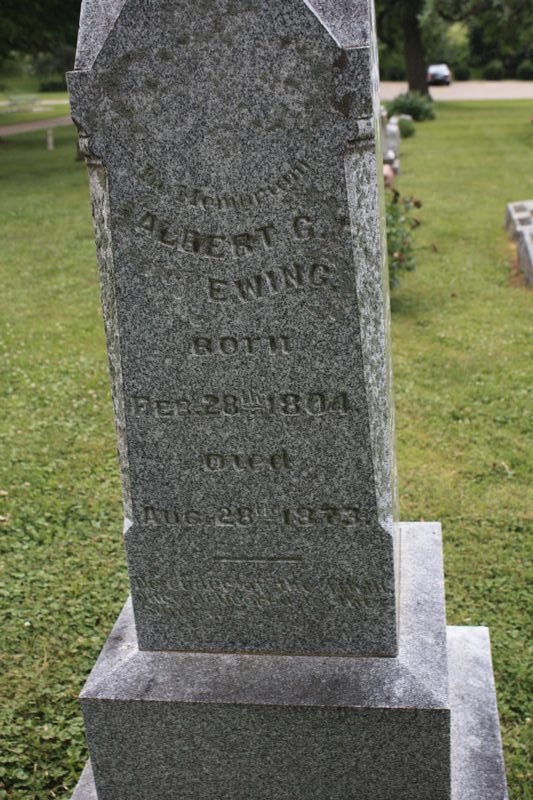 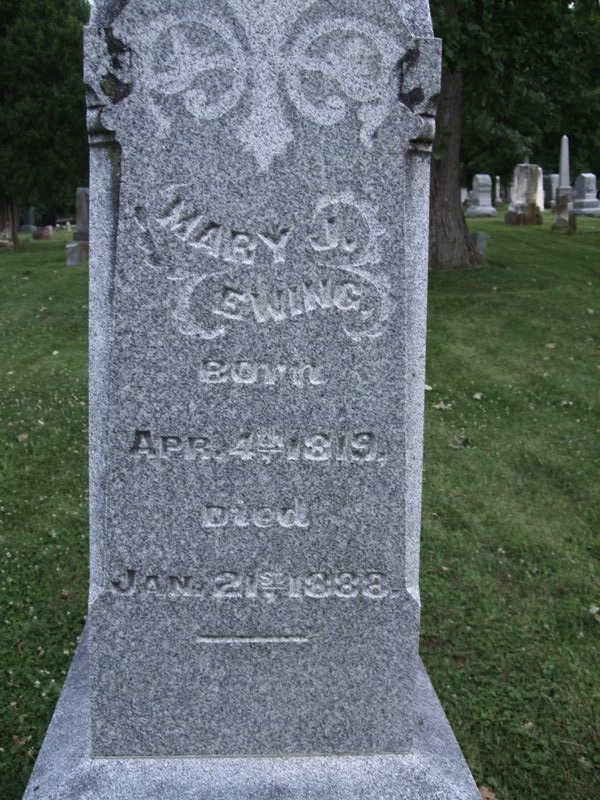