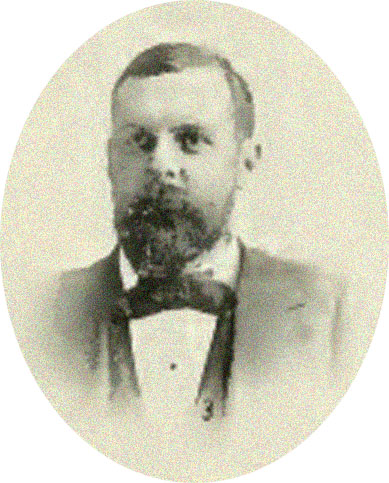 The ancestors of Robert Enoch Hieronymus came originally from Germany to Virginia. Emigrated later to the "Blue Grass" region, Kentucky; then came to Illinois in 1828.

His parents, Benjamin R. and Susan Mary (Mountjoy) Hieronymus, lived in Logan county, Illinois, where he was born, December 8, 1862.

After the district school, he attended and graduated from Illinois State Normal University, and later from Eureka College. He then spent one year in the University of Michigan at Ann Arbor.

His mother died when he was eleven years old, and from that time until he attained his majority he lived with an uncle, Enoch Hieronymus.

Since the fall of 1889 he has been teaching in Eureka College, in the department of English Language and Literature.

He was married June 26, 1890, to Minnie Frantz, at Wellington, Kansas. Two children bless their home—Faith Helene, and Frank Mountjoy. 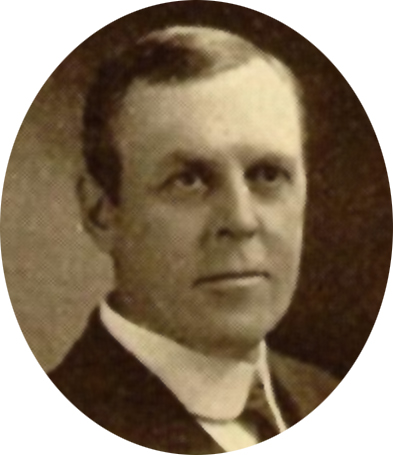 Robert E. Hieronymus became president in 1900. He was born in Logan County, Illinois, in 1862, graduated from the State Normal in 1886, from Eureka in 1~9, and thereafter was one year a student in the University of Michigan. He was a successful teacher in the college from 1890 to 1899, except two years in which he was engaged as superintendent of extension work in the University of California. During his presidency the central heating-plant was installed, and the college buildings were renovated, repaired and modernized. In the library $5,000 was invested and about twenty-five hundred volumes were added thereto.

There were three problems that confronted the administration of Mr. Hieronymus, all of which had been accentuated by some preceding years. First, that of financial support was, of course, continuous. Second, the growing efficiency, popularity 'and geographical convenience of the system of the State schools, as above noted, imposed upon the church schools a very earnest and serious contest for students. Then, the question of holding growing and capable teachers was to be met-and it is yet. The college has developed some of its graduates into very efficient teachers only to lose a number of them at the time of their larger usefulness to other better compensating institutions.

Through the initiative of President Hieronymus, the Young Men's and Young Women's Christian Associations were formed in the college. He encouraged and emphasized the Student Volunteer Movement and foreign mission service. By means of these agencies the Christian activities of the college were brought up to date, and its religious influence, uniting with those of other Protestant church schools in Illinois, made themselves definitely felt in the State schools of higher education.

-History of the Disciples Of Christ In Illinois, N.S. Haynes, page 52

Location Of The Grave Of Robert E. Hieronymus

R.E. Hieronymus was the president of Eureka College from December 8, 1862 until his death February 20, 1941. He was 79 years old when he died. He and his wife Lois, are buried in the Olio Township Cemetery, also known as Eureka Cemetery in Eureka, Illinois. The city is located just east of Peoria on Hwy. 24. In the town center turn right on Hwy. 117. and go past Eureka College, and you will see the cemetery on the left. This cemetery was at one time the old Eureka Christian Church Cemetery. The building has long been gone. Enter into the main entrance of the cemetery and look up ahead at where the cemetery office is located. You will want to pass in front of the office and to the top of the hill. Just on the left you will see the Hieronymus plot near the drive. 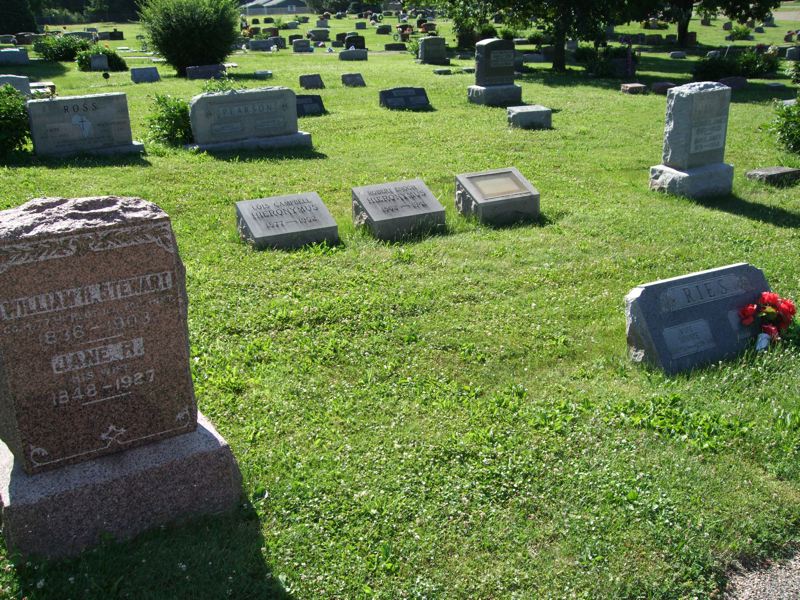 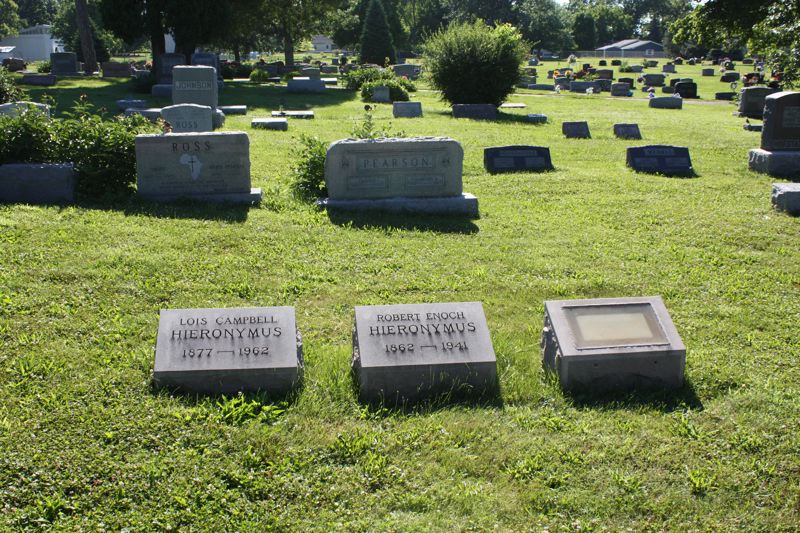 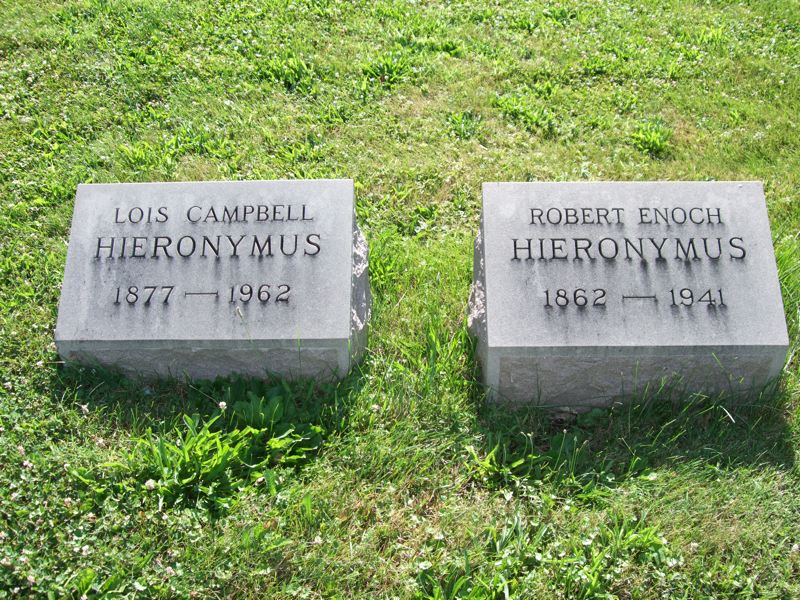 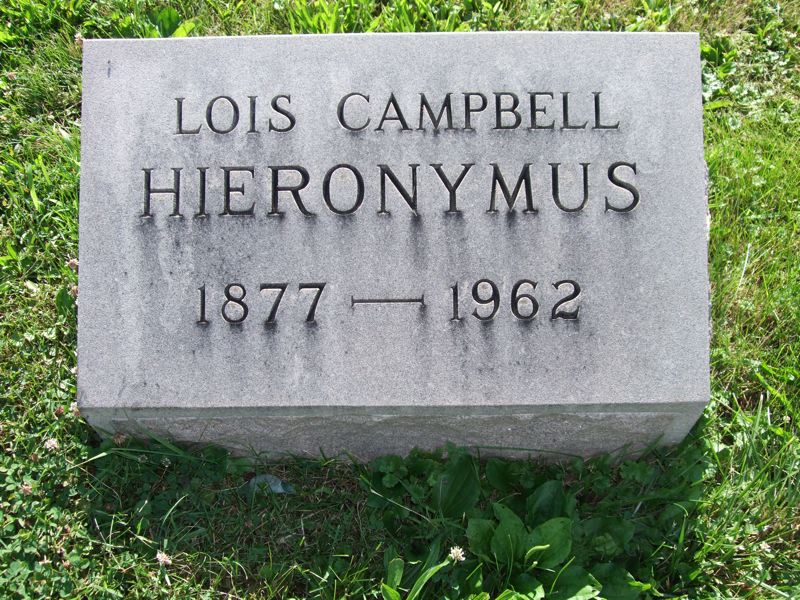 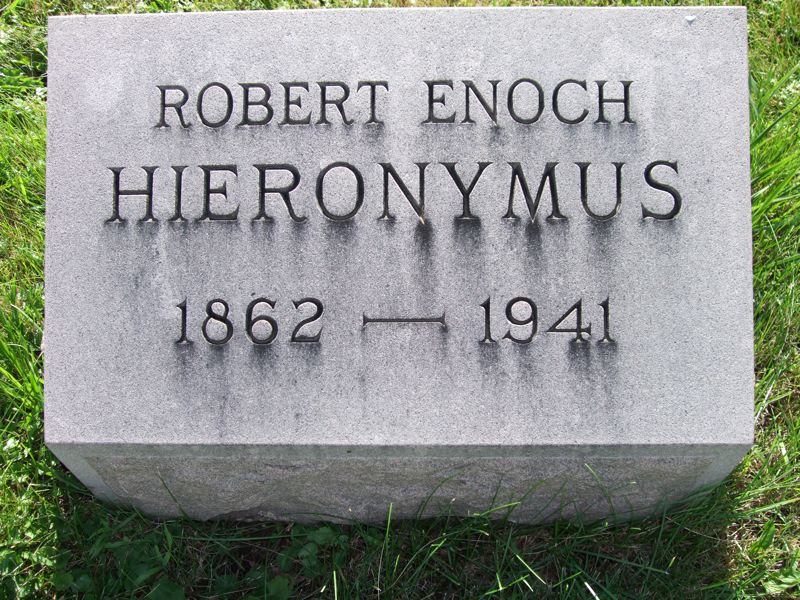