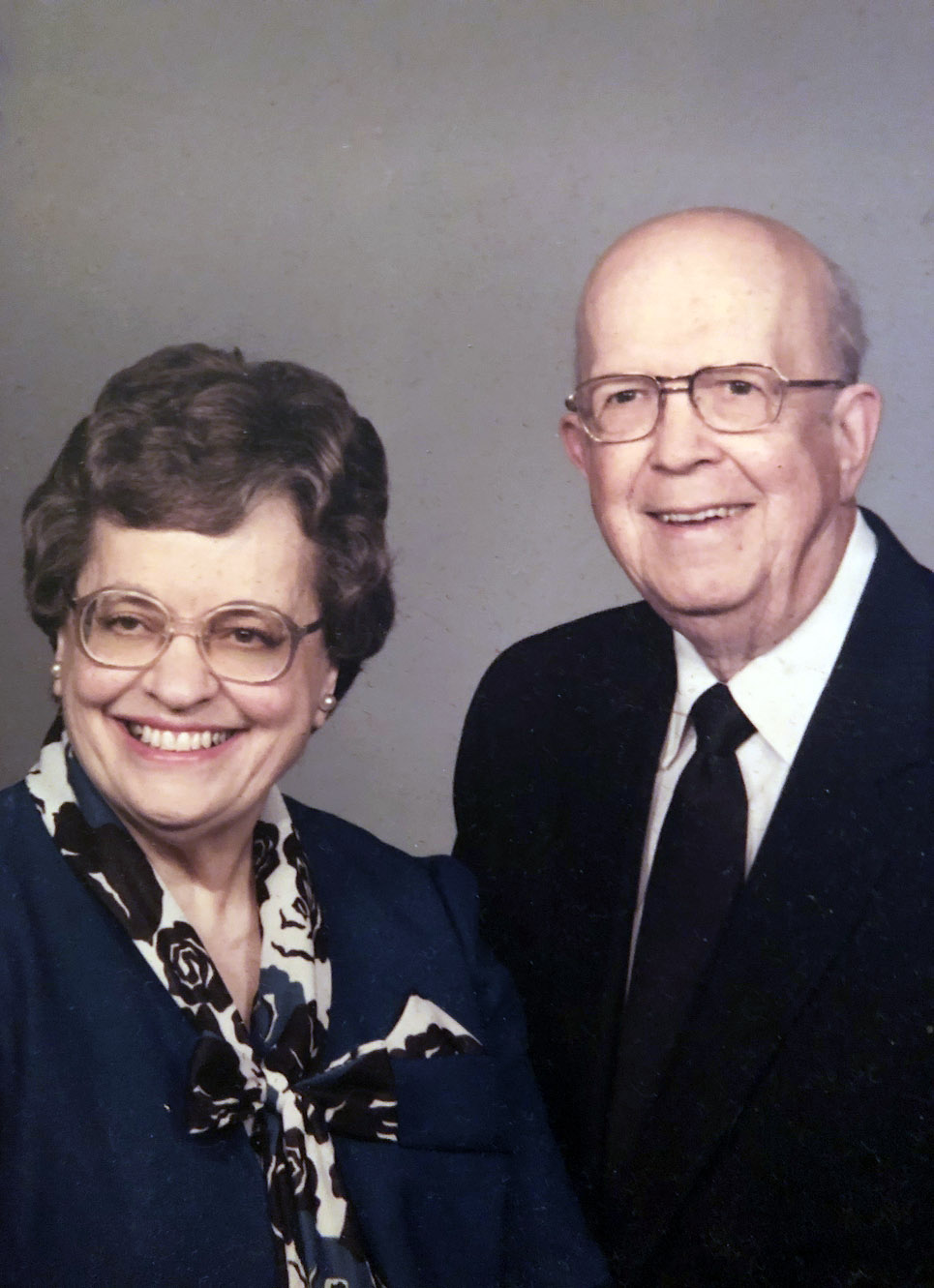 The Life Of Royal Humbert

Eureka—The memorial service of Royal Humbert, 79, of Eureka will be at 3 p.m. Thursday at Eureka Christian Church.

The Rev. Marvin Cheney will officiate. The family will meet with friends after the service at the Parish Hall.

Mr. Humbert was cremated. Inurnment will be scheduled in Olio Cemetery, Eureka.

Also surviving are one son, Paul, Miami Beach, Fla.; one daughter, Carol Bruley, Bellefontaine, Ohio; and three grandchildren.
He was preceded in death by one son, one brother and one sister.

Mr. Humbert was a graduate of Phillips University in Enid, Okla., and received master of sacred music and master of divinity degrees from Union Theological Seminary in New York, N.Y.

He received and honorary doctor of divinity degree from Christian Theological Seminary in Indianapolis, Ind. He undertook additional studies at Vanderbilt University in Nashville, Tenn. and the University of Chicago.

He was ordained to the Christian ministry on March 21, 1937, in services at Independence, Kan. He served the Christian Church and Disciples of Christ Churches in Fayetteville, Ark.; Medina, Ohio; and Lindenwood.

He was professor of religion and philosophy at Eureka College from 1948 until his retirement in 1975. During this time, he also directed the Eureka College Choir for 12 years on campus and on annual tours.

He was responsible for developing the concept and curriculum for Eureka College’s first integrated study program.
In 1961, his book “A Comment of Alexander Campbell’s Theology” was published by the Christian Board of Publication in St. Louis. He also wrote numerous articles for Disciples of Christ magazines.

He was a member of Eureka Christian Church and had served the local congregation as an elder, elder emeritus and was a past chairman of the board.

In lieu of flowers, memorials may be made to the Humbert Lecture Fund at Eureka College or to the Eureka Christian Church. 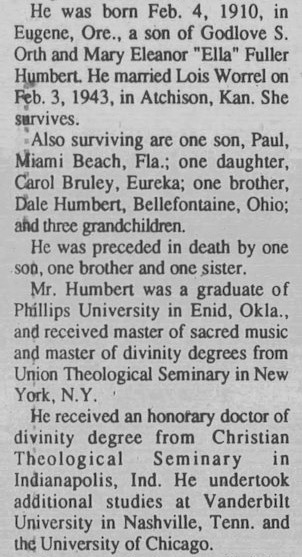 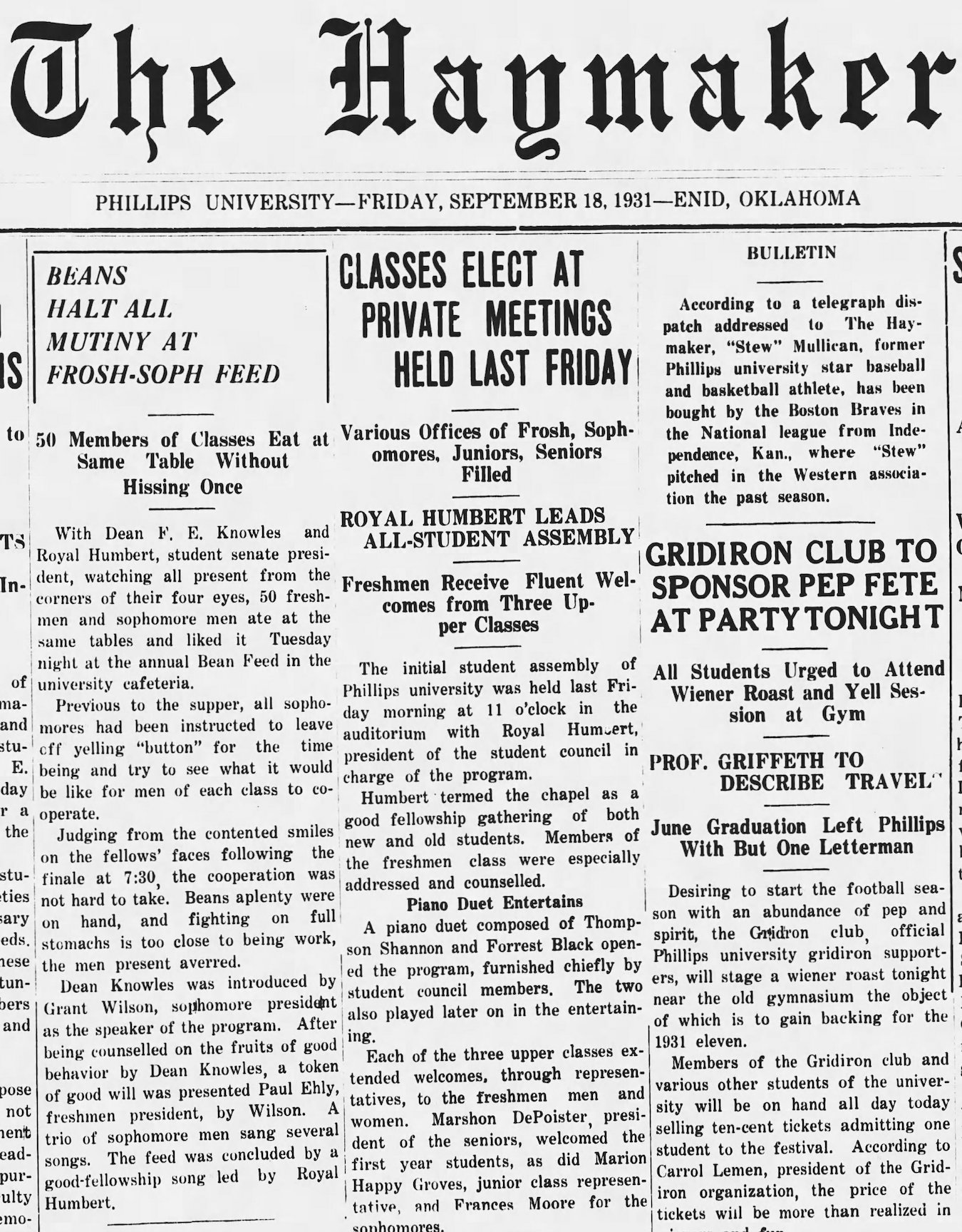 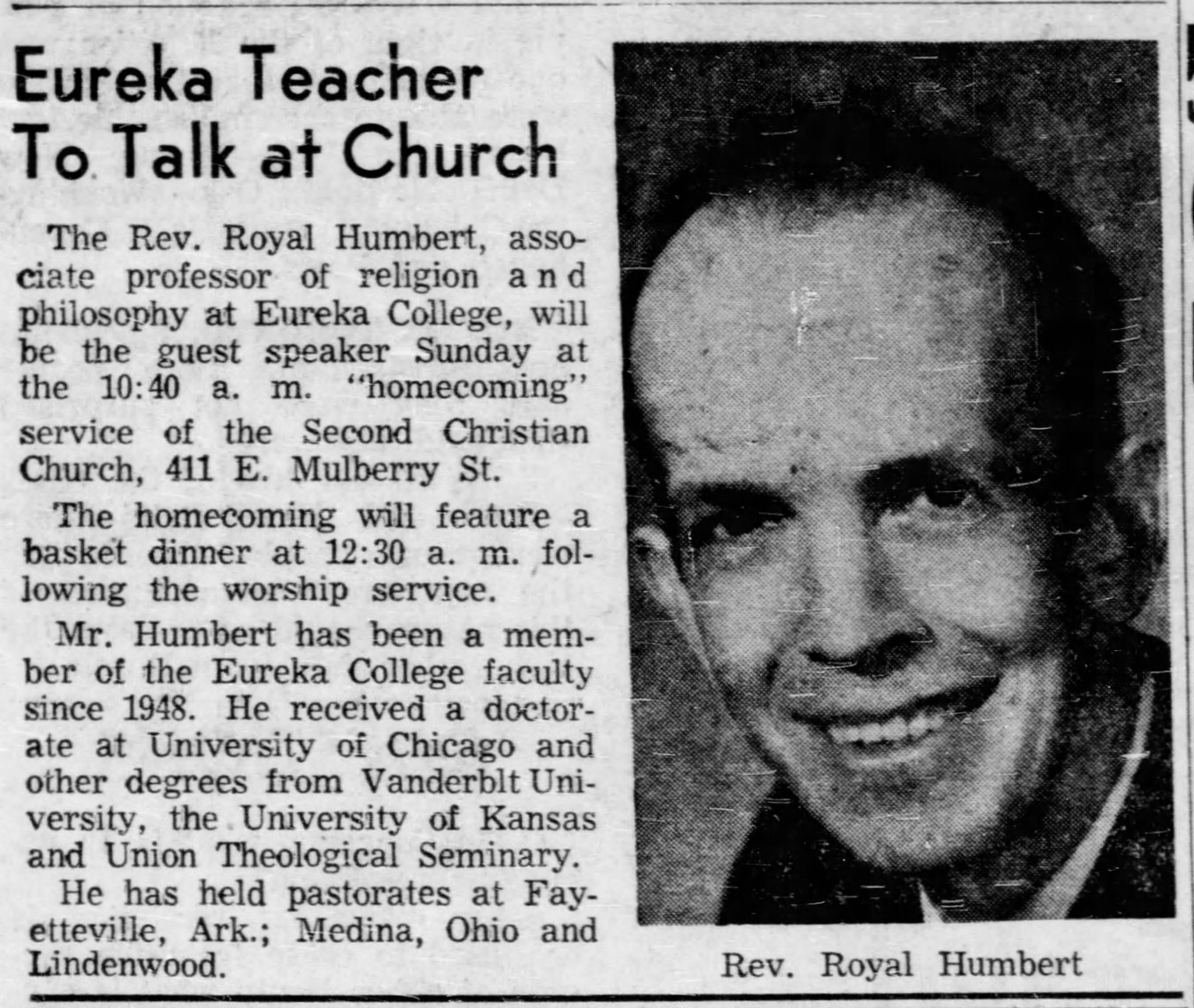 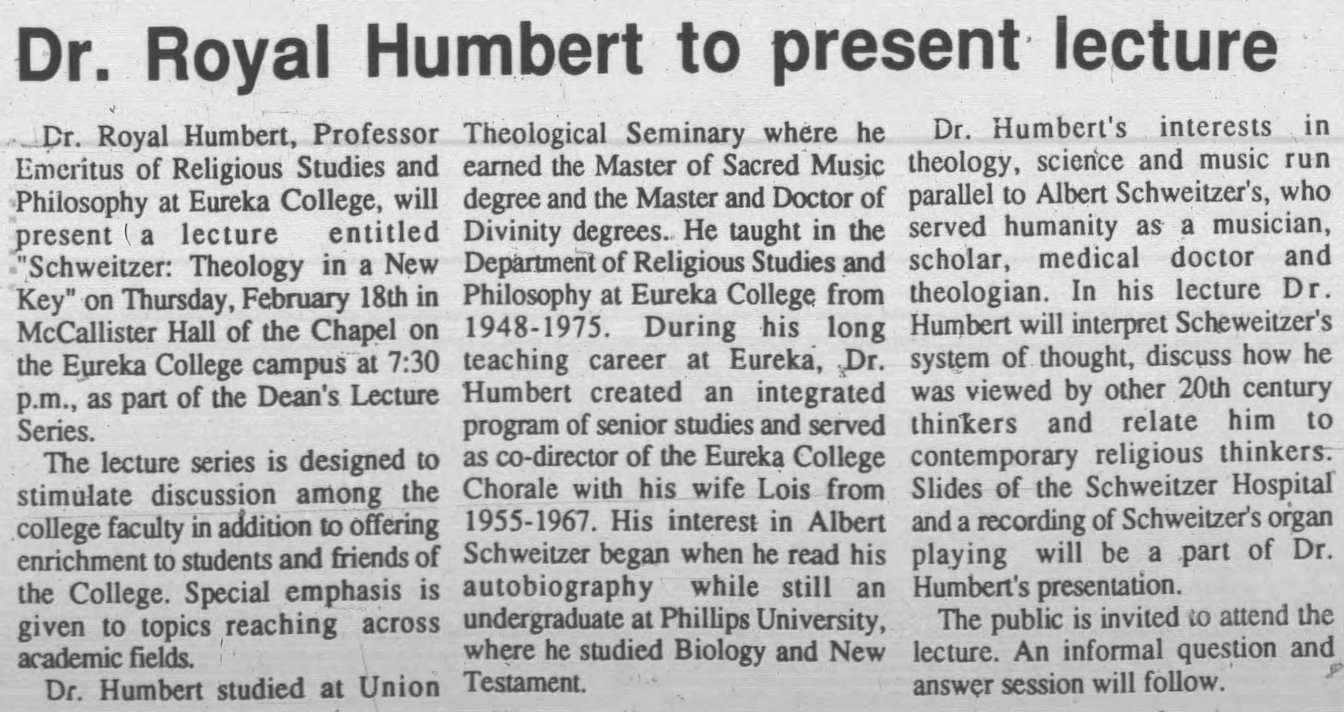 Directions to the Grave Of E.R.F. Humbert

Royal and Lois Humbert are buried in the Olio Township Cemetery, also known as Eureka Cemetery in Eureka, Illinois. The city is located just east of Peoria on Hwy. 24. In the town center turn right on Hwy. 117. and go past Eureka College, and you will see the cemetery on the left. This cemetery was at one time the old Eureka Christian Church Cemetery. The building has long been gone. Enter into the main entrance of the cemetery and take the first drive to the right. Begin looking to your right and you will see the Humbert monument about fifty feet off the drive. 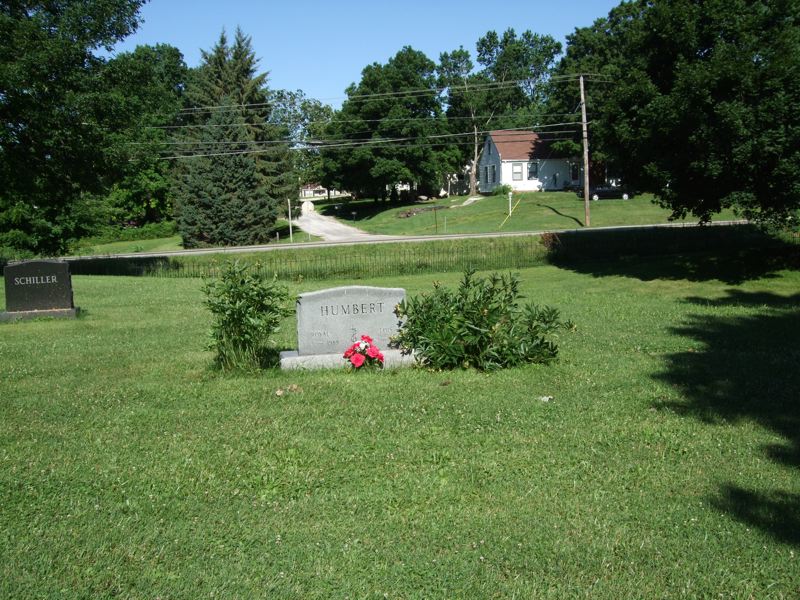 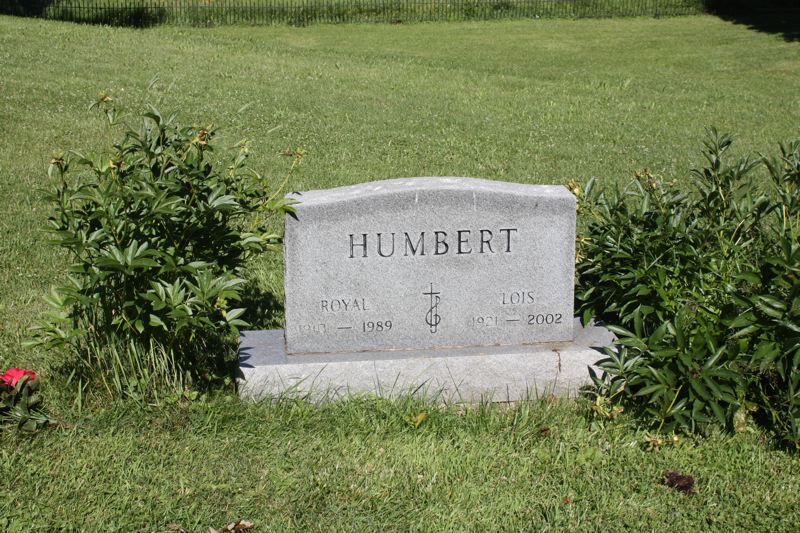 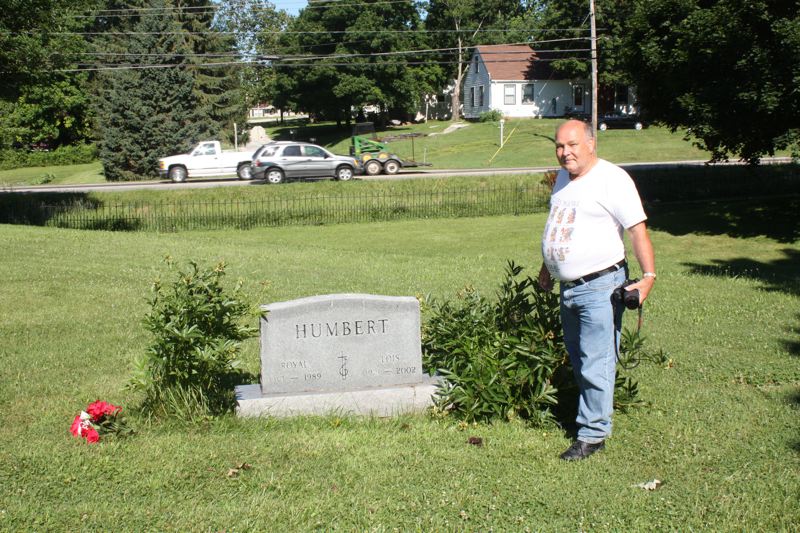 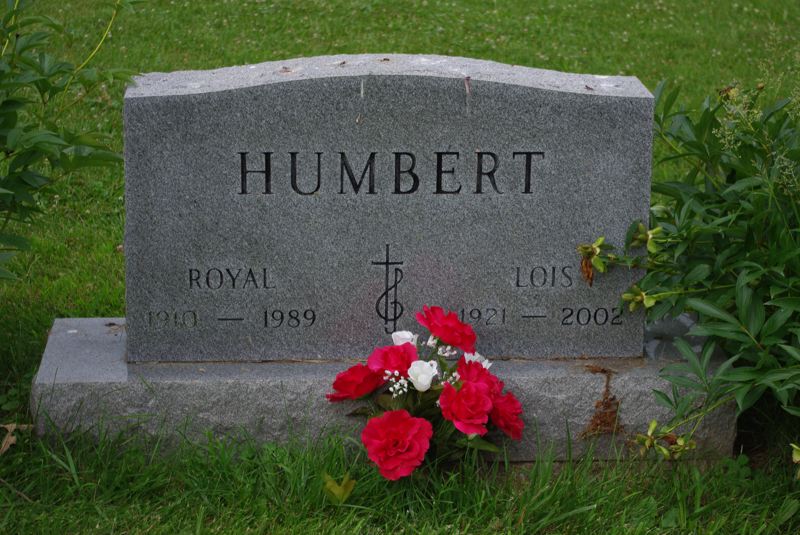 In June 2009 Tom L. Childers, C. Wayne Kilpatrick and Scott Harp traveled about 3000 miles in one week through parts of Tennessee, Missouri, Illinois, Indiana and Kentucky. During this time we found the graves of 75 church leaders in the Restoration Movement. Chronicling these leaders into websites has been time consuming. Many thanks to Tom and Wayne in helping to take photos, share the driving, and putting up with your web master's slave-driving effort to see as many as we did in the time we had. Their photos as well as some of mine are seen on this site.

In July 2020 Jackie Humbert, granddaughter of Royal and Lois Humbert, contacted us with information and a special photo of her grandparents from her collection of momentos. This photo (at the top of the webpage) prompted an update with extra information added on 07.26.2020. Many thanks to Jackie for assisting us to keep her grandparent's memories alive.