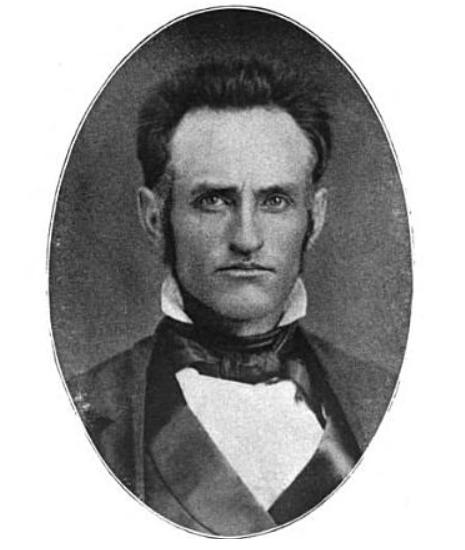 Both of Mr. Kane's parents died in his infancy. He grew to manhood in the home of his eldest brother, Morrison Kane. This was in Indiana. At Indianapolis, in 1836, he became a Christian under the preaching of John O'Kane and Love H. Jameson. At twenty-one he began life for himself. He went to Chicago, thence to Peoria, and on to Sangamon County in 1839. His first work there was to assist in building the first bridge across the Sangamon River. By trade he was a carpenter. Uniting with the church in Springfield, he was led by its members to give his life to the Christian ministry; hence, he began the study of Hebrew, Latin, Greek and English Literature under private tutors. Later, he was ordained by the church. Of Mr. Kane's ministry, T. T. Holton has well written:

“His field of labor was central Illinois, though he at times passed the border of the State. He went on horseback with his saddle-bags behind him—in one side was his Bible; in the other, baggage. He rode through a country sparsely inhabited and when there were but few settled pastors. No man was better known than he—no voice more widely heard in those early days of the settlement and development of central Illinois. Meetings were held, churches organized, infant congregations cared for. and occasionally an encounter was had with some champion of opposition in public debate. Some of his evangelistic meetings were marvelously successful for the time, and his converts ran into the thousands. He regarded not the clouds or the wind. I have seen him ride up to his door with his ears frozen and his beard bristling with icicles, but never for a moment thinking of quitting his work. It was with great reluctance that within a year of his death, at eighty years of age, he found he must relinquish all further efforts to preach.”

Mr. Kane was a passionate lover of the Bible. He devoured its great truths. He was jealous of its integrity and its interpretation. Always abreast of the times in religious thought, he vigorously opposed the trend of destructive criticism. Judge W. E. Nelson said of him:

“He was a most efficient preacher of the gospel—a man of great power—deeply convinced of the authority and sovereignty of God, of the divinity of the Christ and of the force and authority of the Bible." He was a reasoner rather than an exhorter, but his sermons appealed both to the imagination and the conscience. A careful reader and painstaking student, this master workman was heard by intelligent people, even in his closing years, with delight. A wide-visioned man, he assisted in the organization of the State and General Missionary Societies. One who knew him well said: ''When Bro. Kane stands like a giant before the congregation, shuts his lips together, runs his left hand under his chin, and gives an emphatic look upward and all around, you are going to hear something."

"His life was gentle; and the elements
So mild in him, that Nature might stand up.
And say to all the world, This was a man." 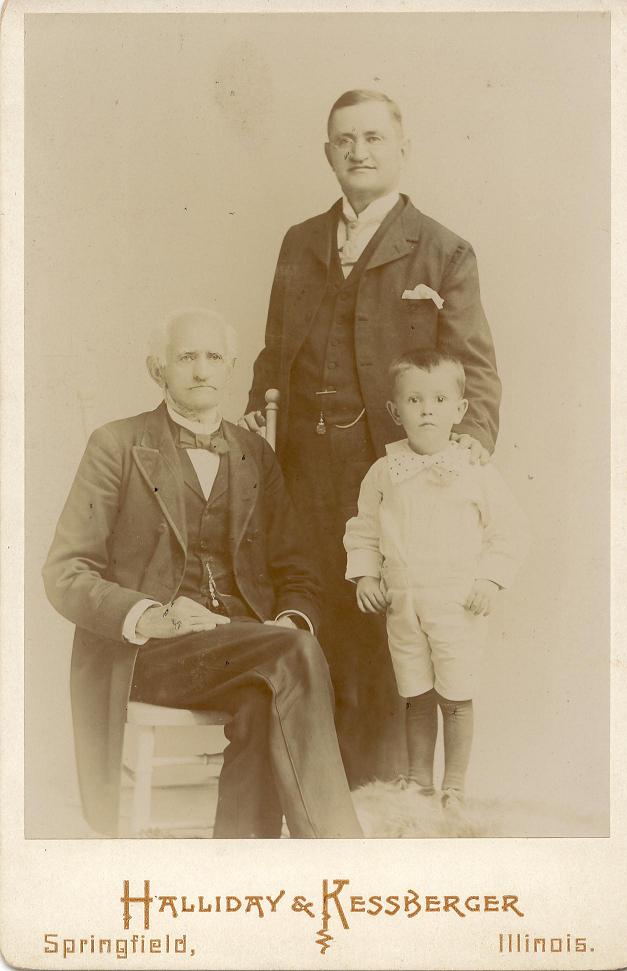 Died, at his home, 820 South Second street, at 10:15 p.m., Saturday, Nov. 14, of heart failure, Elder Andrew J. Kane, in the eightieth year of his age. Andrew J. Kane was born in Guilford county, N.C., Feb. 11, 1817. His father died when he was a babe and his mother in his early boyhood. While still a child, he was brought to Indiana by his eldest brother, Morrison Kane with whom he lived until he grew to manhood. At the age of 21 years he started out for himself, going first to Chicago, thence to Fort Clark or Peoria, then to Springfield, where, with the exception of about three years, when he was the pastor of the christian church at Jacksonville, he has since resided.

On his way from Peoria to Springfield, Mr. Kane came by Carpenter's mill on the Sangamon river, and the first bridge across the river was then being built at that point. Being a carpenter by trade, he was employed as one of the workmen in its construction. About the year 1840 Mr. Kane determined to enter the ministry, and took up the study of Latin and Greek with the Reverend Francis Springer as his tutor. He was, shortly afterward, ordained to preach by the Christian church in this city and for more than 50 years he was actively engaged in preaching the gospel.

There are very few congregations in central Illinois of the brotherhood to which he belonged, that have not heard him preach. Before the time of railroads in this state, Mr. Kane went from one church to another on horseback with his saddle baqs behind him, in one side of which he carried his bible and in the other, his baggage. He was one of the original members who organized the American Christian Missionary society and was contemporary in his labors with such leading spirits as Alexander Campbell, Isaac Errett, O.A. Burgess and D. P. Henderson.

Mr. Kane was a faithful Bible student and his familiarity with the scriptures, from Genesis to Revelations, was most remarkable. He loved his ministry and the labors of fifty years, with all of the accompanying trials of pioneer life, failed to diminish his zeal or weary him in his work. It was with the greatest reluctance that, within the last year, he gave up any further effort to preach. Latterly he had been attacked at intervals, with weakness of the heart. Though unable to leave the city, he has been able, most of the time, to go about and yesterday was more than usually cheerful.

In May, 1847, Mr. Kane was married to Caroline M. Beers, daughter of Philo and Martha Beers. He has had ten children, seven of whom are still living. He is survived by his widow, Caroline M. Kane, his sons, Judge Charles P. Kane of this city; Henry B. Kane, Eugene Kane and Newell Kane, now residing at Palestine, Tex.; and his daughters, Mrs. T. DeQuincey Tully of Brooklyn, N.Y., and Julia and Isabella Kane of this city. 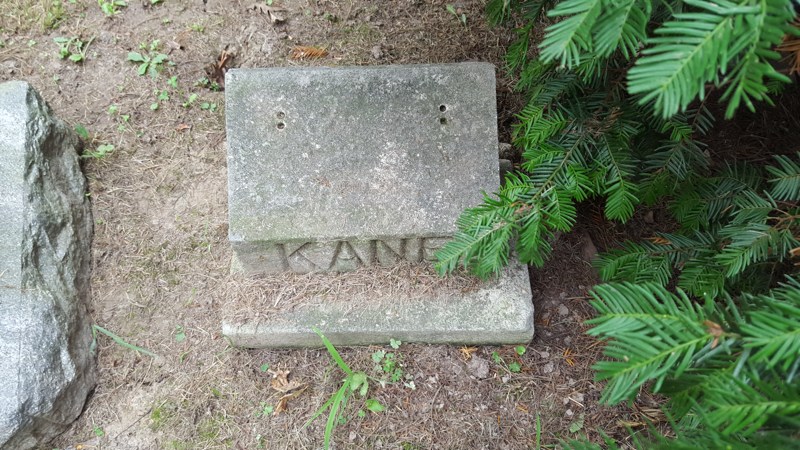 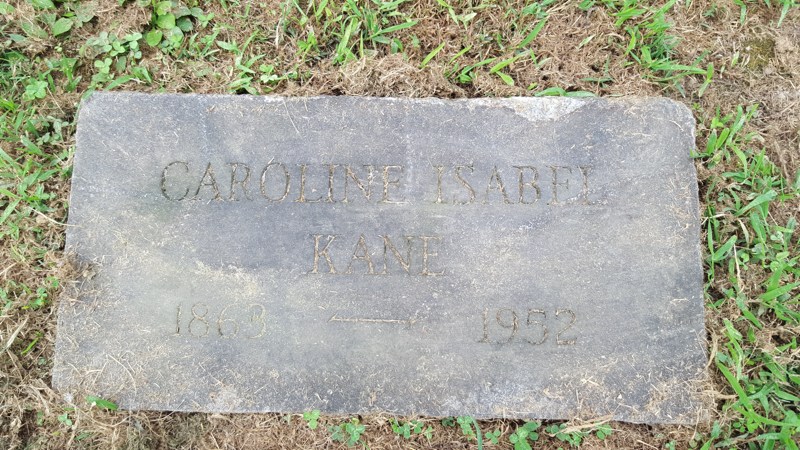 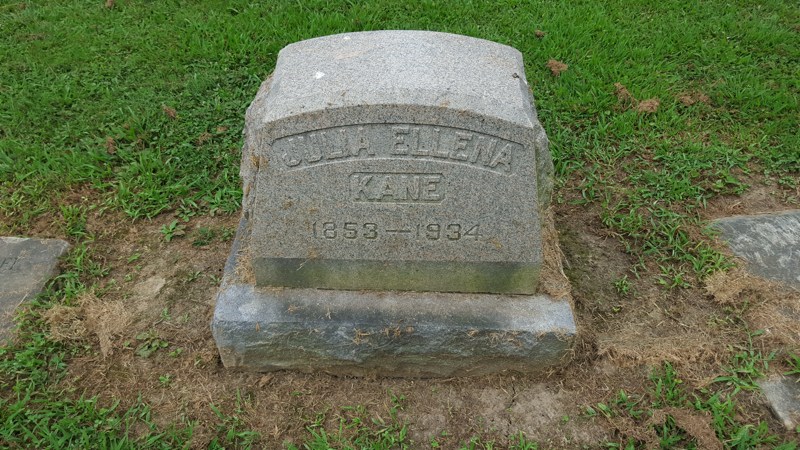 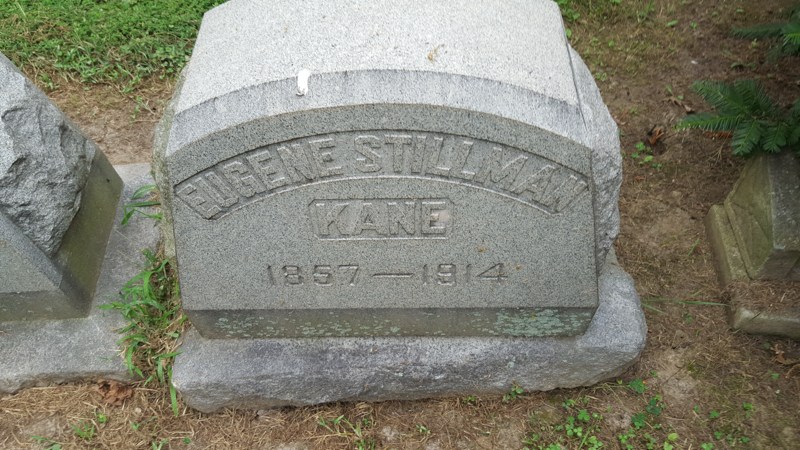 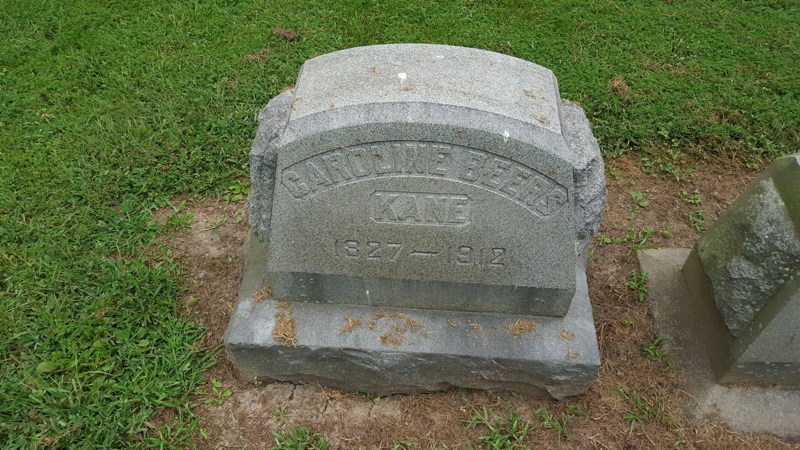 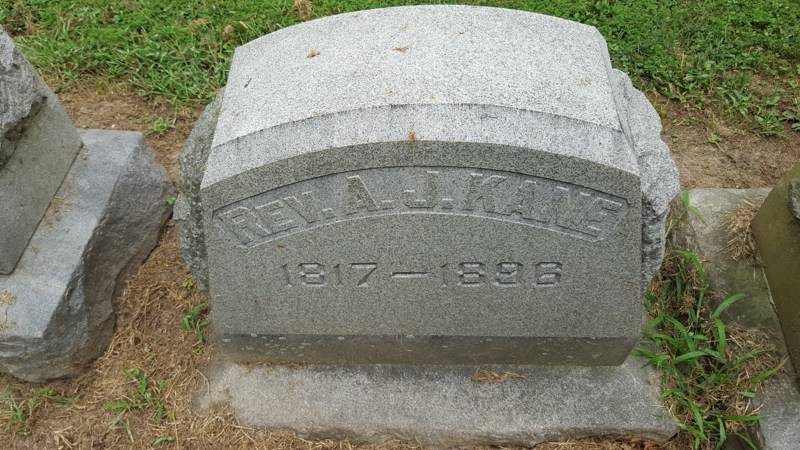 Special Thanks to Larry Miles who took the photos of the graves of the Kane family in 2015 when he visited Springfield, Illinois