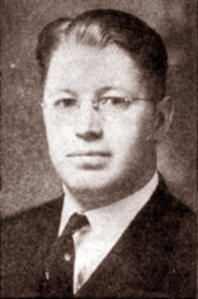 David H. Bobo was born in Birmingham, Ala., October 4, 1910, the son of Thomas D. and Nora Wallace Bobo. Among his Wallace ancestors there were some faithful, though not prominent, gospel preachers, including his grandfather. He was reared on a farm in Madison County, Ala., where he received his grammar and first two years' high-school education in a rural school. Having been reared in a Christian home, he obeyed the gospel, at the age of fifteen years, under the preaching of Coe Knowles.

While working in Birmingham, Ala., and under the influence of the preaching of John T. Lewis, he decided to preach. Entering David Lipscomb College in the fall of 1929, he finished high school and two years of college, and was graduated on May 25, 1933.

On June 1, 1933, he began work with the church at Athens, Tenn., where he remained until October 1, 1934, when he left Athens to work with the East Side Church, in Cleveland, Tenn. While in Cleveland he was married to Miss Madolin Davis, of Athens, who is a faithful companion in the work. A baby girl was born to them February 6, 1938.

Leaving Cleveland on February 1, 1938, he began work with the Red Bank Church, in Chattanooga, where he now labors. Since moving to Chattanooga he has been doing schoolwork in the University of Chattanooga, from which institution he expects to be graduated in June, 1941.

In addition to local work, meetings and appointments have carried him into Kentucky, Tennessee, Alabama, Georgia, South Carolina, and Florida. He has engaged in one public debate, and fills his turns on the regular broadcasts of the churches of Chattanooga.

Other churches where David Bobo worked included the West End church in Birmingham, Alabama from 1942-1945; the Thayer Street church in Akron, Ohio from 1945-1950; and the Fountain Square church in Indianapolis, Indiana beginning in 1950. He continued in the Indianapolis area for the remainder of his life.

According to Preachers of Today volume 3, page 36, he was elected to scholastic honor societies of Alpha, Phi Kappa Phi, Theta Phi, and Eta Beta Rho. He was a member of the American Society of Church History. He also was a member of the National Association of Professors of Hebrew, and the Society of Biblical Literature and Exegisis. For some years he was a part-time instructor of Hebrew at Christian Theological Seminary, and served as an elder in the church at Fountain Square from 1957 until his death.

Directions To The Grave Of David Bobo

David H. and Madolin M. Bobo is buried in the Forest Lawn Memory Gardens Cemetery in Greenwood, Indiana. On I-65 take Exit 99, Main St., and head west. Cross Hwy. 31. and continue until you get to Hwy. 135. Turn left (south) and go about a mile. The cemetery will be on your left. Enter the cemetery. Go to the first right (toward the funeral home), but continue bearing to the left around the large section. On the back side of the section you will take your first right. Then take your first left. Go past the raised area on your right (Garden of the Apostles). Just past the wall go into the section, following the wall (raised section). The grave will be up in the section almost to where the raised wall turns to the left, near the corner. See Satellite map below for greater detail. The plotted location is Garden of the Apostles, lot 167D, space 2. The actual GPS location of the grave is 39°35'21.5"N 86°09'27.2"W / or D.d. 39.589299, -86.157564 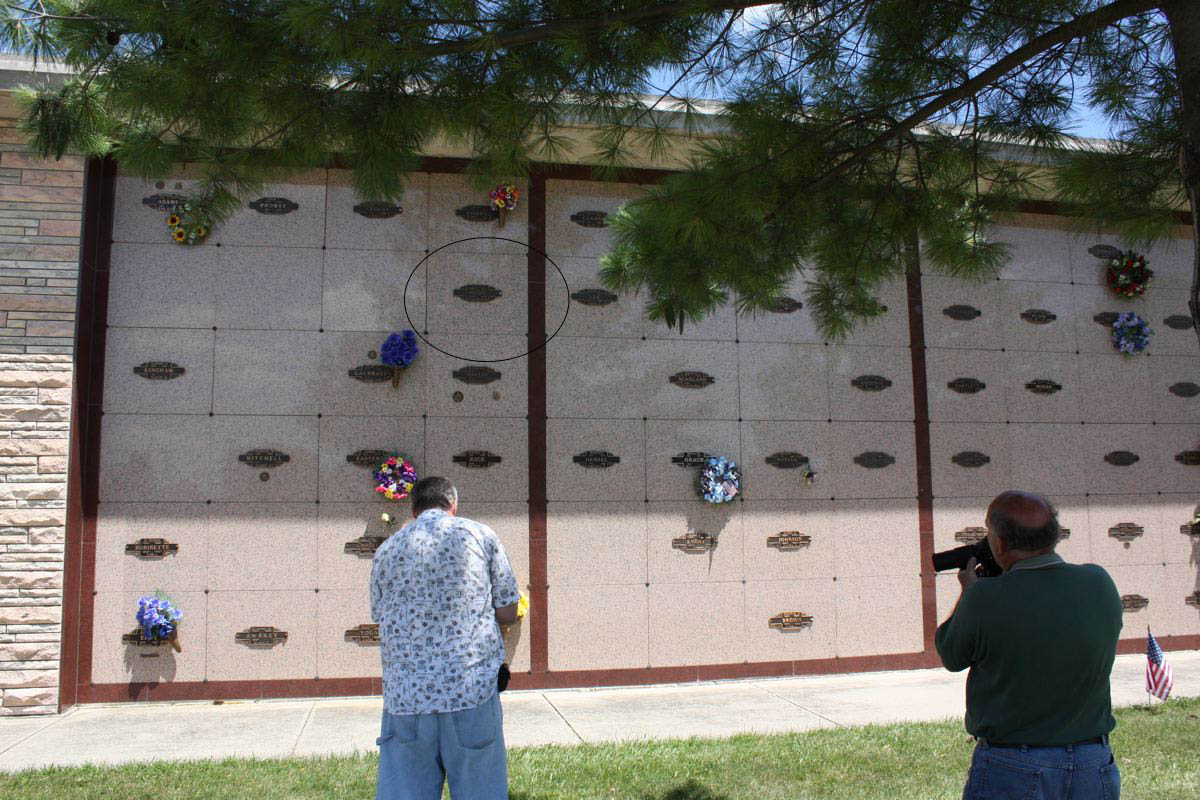 Scott Harp(L) and Wayne Kilpatrick Taking Photos Of The Grave Of D.H. Bobo 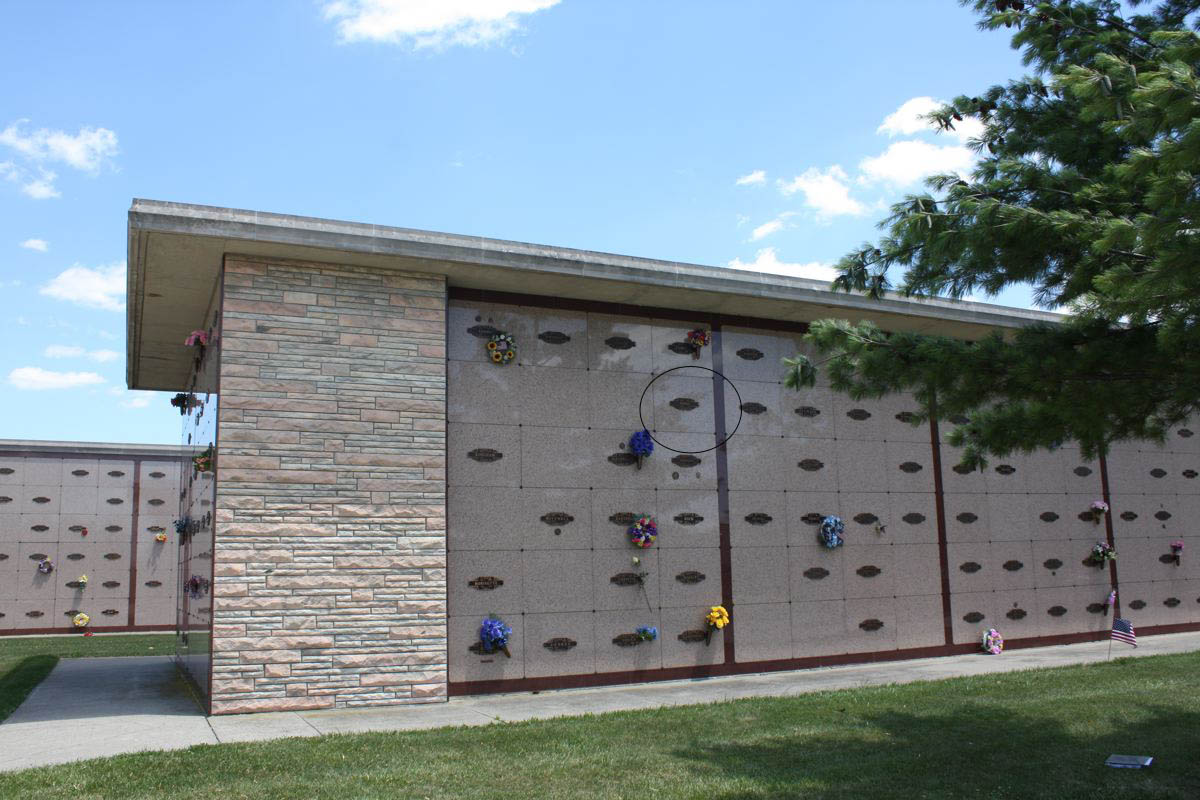 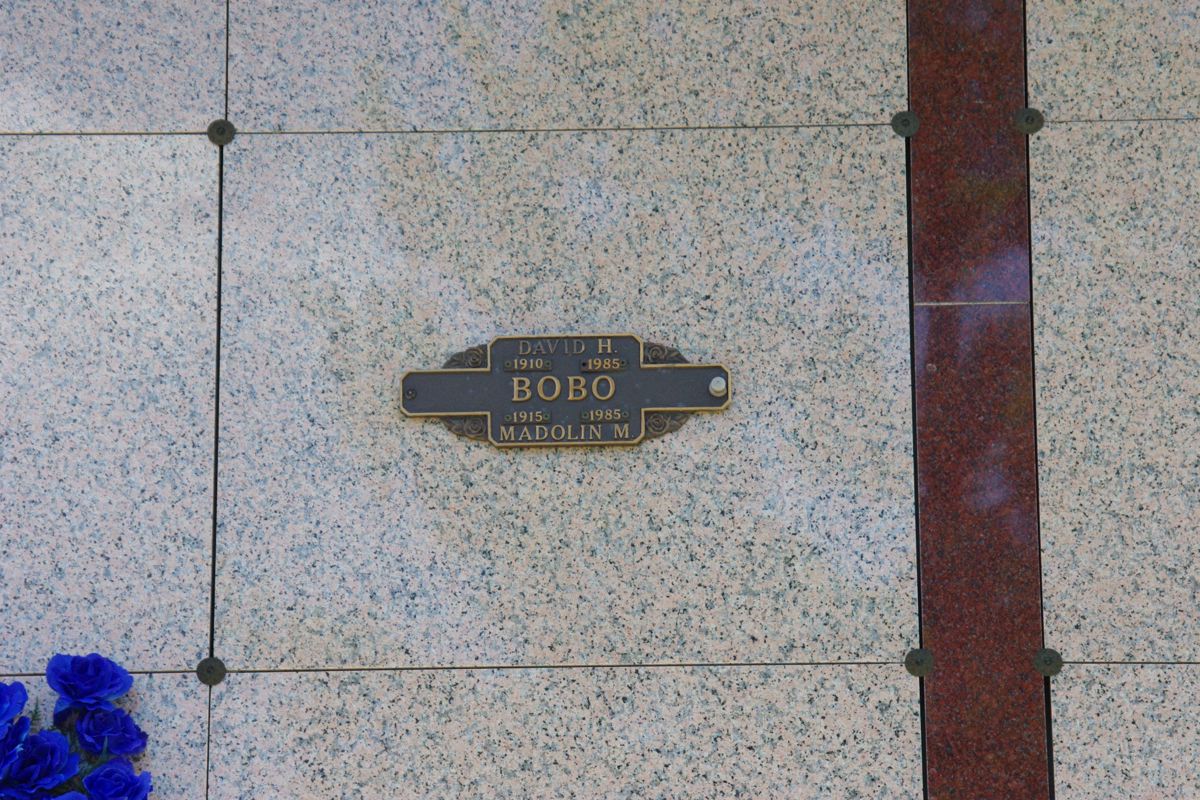 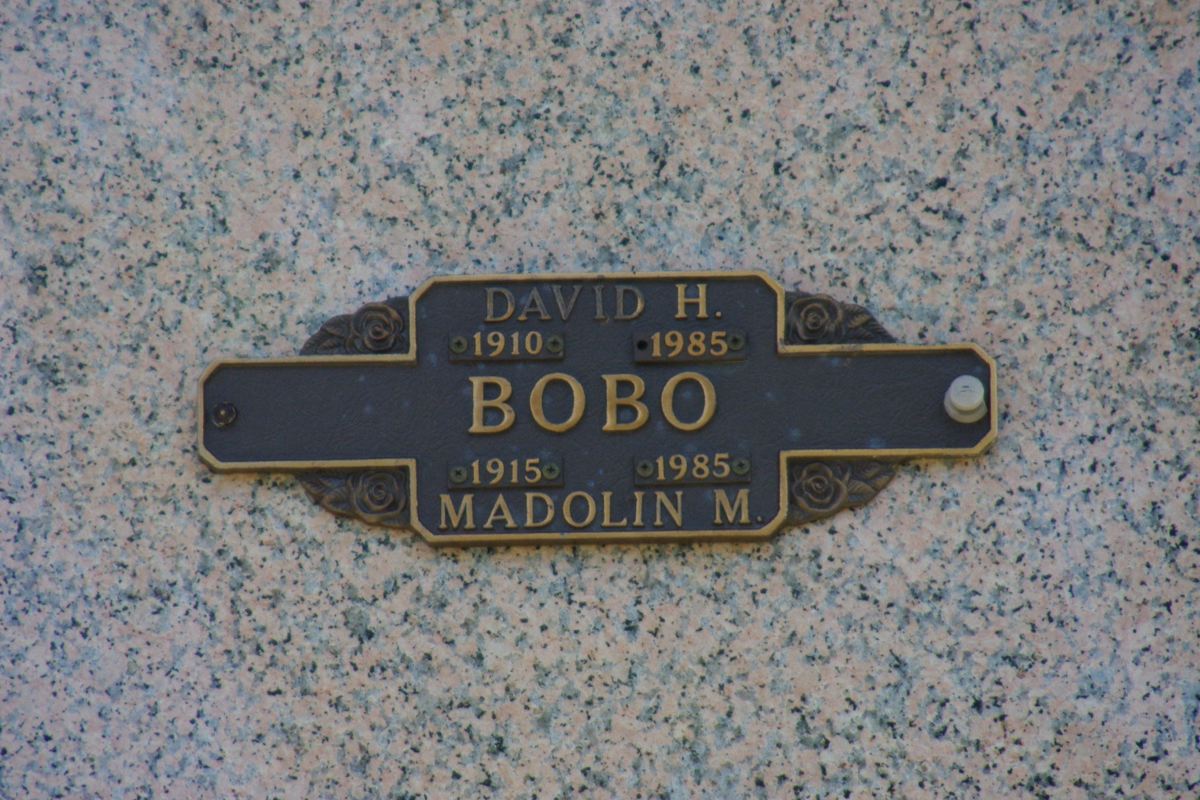