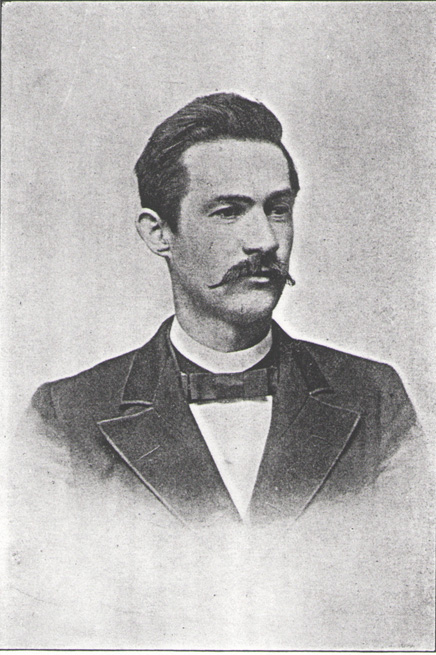 Died on the battle field and with the armor on! No retreat, no surrender! Victory!

Bro. Brown had gone to Nelsonville, Ky., to fill an appointment and contracted pneumonia, form which he never recovered. A weak heart was doubtless responsible, as he had actually passed through the pneumonia stage. His son, Paul, whom he left behind in Philadelphia as few weeks before and started out on an extended preaching tour through parts of Indiana and Kentucky, reached his bedside on the 17th and was with him to the end, which came at 9 a.m., Jan. 20th.

This ends the life of a great and good man. i have known Bro. Brown over thirty years, and for a number of those years I had the privilege, profits and pleasure of working by his side in Gospel meetings, chiefly in the coal fields of Indiana, centering around Linton and Dugger. I should say he was a true and faithful Gospel preacher, under no master but one. He was willing to sacrifice for the cause, knew how to suffer hardships, and was free from the love of money. His delight for a number of years (and the longer the more) had been to get out to the weak and broken down churches and help them along. He will live in the memories of many struggling disciples who would have given up had not the Lord sent Bro. Brown their way. His works will follow him until the time for saints to receive their rewards.

Paul Brown, an only son, highly educated and yet very humble withal, now teaching in the University of Pennsylvania, is well qualified to render a great service in the cause for which his father lived, and we have confidence that he will do it. At his suggestion his father began preparing a book of sermons and essays which, I believe, Paul intended to finish and publish. The book will be one worth reading.

Funeral services were conducted on the night of the 21st inst., at the Portland Avenue Church, Louisville, by R.H. Boll, assisted by C.M. Neal, Claude Neal and the writer, and the next day at Martinsburg, Ind., by the writer assisted by E.G. Philipps, E.A. Rhodes and O.D. Bixler, where the body was laid to rest beside that of his first wife, and not many steps from the grave of the pioneer, J.L. Martin. We could do no more. "We wait the coming of the Lord."

William Jasper Brown was born in Washington County, Ky., March 29, 1862, the second of seven children of William Brown. The family moved to Duff, Ind., where most of the childhood of the deceased was spent. He obeyed the Gospel at the age of 22, under the preaching of W.S. Brown and soon after began preaching the Gospel, which he continued doing for over forty years. In 1890 was married to Clara Ann Ferguson, of Martinsburg, Ind. To this union were born a daughter (who died in infancy) and a son, Paul, who survives. Mrs. Clara Brown died March 8, 1907. In April, 1914, Bro. Brown was married to Lida Kays, who died July 4, 1924. Bro. Brown died Jan. 20, 1927, age 64 years, 9 months, 22 days. We have sustained a loss but we rejoice in our hope.

On January 20, 1927, at Nelsonville, Ky., where he had gone on an appointment to preach, Brother W.J. Brown fell asleep in Jesus. He was almost 65 years of age (born March 29, 1862) and widely known and beloved among the churches as a faithful, thoughtful, earnest and able preacher of the Word of God. He obeyed the gospel at the age of 22 and soon began to preach, so that for more than forty years he has continued as a minister of the gospel of Christ. His field of labor extended from Michigan to Florida, and from Illinois to New Jersey, but the greater part of his work lay in Indiana and Kentucky. Among the places where he preached in Indiana are Coal City, Cloverdale, Covington, Lyons, Dugger, Linton, and Sellerburg; and in Kentucky, Frankfort, Nelsonville, Winchester.

Stanford Chalmers, W.E. Ellmore, and W.F. Cline, were co-laborers with him in the gospel. For ten years most of his time during the summer was spent in tent meetings, which he thought was one of the best ways of reaching people. Some fifteen years ago a meeting held by him and Brother Chambers resulted in the establishment of a congregation at Linton, Indiana, now a strong and flourishing church. It was a matter of constant regret with him that during the last two years of his life, owing to ill health and lack of opportunities in Philadelphia, he could not be engaged in preaching the year round. On December 16 he left Philadelphia for a preaching tour and visit, during which his last illness occurred.

His son, Paul, was with him in his last hours, which was one of the Lord's tender mercies to them both, for rarely was there such deep and tender devotion between father and son. With Paul, Brother Brown spent a great part of the last two years, in the city of Philadelphia, where Paul, a Ph.D. graduate, teaches in the University. He brought Brother Brown's body up from Nelsonville to Louisville, where the following evening funeral services were held in the house of the Portland Ave. Church, Brother Chambers, Brother Charles M. and Claude Neal, and R.H. Boll participating. The burial was at Martinsburg, where Mrs. Clara Brown. Brother Brown's first wife, and mother of Paul, is buried. There Brother Chambers again spoke, and others.

Thus ended the earthly life of our brother in the Lord—a simple, humble, unassuming, unselfish, pure, honorable life, of devoted service and simple faith and love. All who knew Brother Brown regarded him; and those who knew him well loved him for his work's sake and for his own sake. And his record and labor is with the Lord in whom he believed, and from whom, when He comes, each one shall receive his praise of God.

Directions To The Grave of William J. Brown

William and Clara Brown are buried in the Martinsburg Church of Christ Cemetery.

From Louisville, Kentucky: Take I-64 west, across the Ohio River into Indiana. Go to Exit 119 and head right (north) on Hwy. 150. When passing through Greenville, turn right (north) on Voyles Rd. (It is the straightest) and go four or five miles. Then, turn left on E. Borden Road. The church will be on your left. Go to the first drive into the cemetery and turn in. The Brown plot will be next to the drive on your right, just before the first turn.

While here, be sure to visit the grave of J.L. Martin, another restoration preacher buried here. 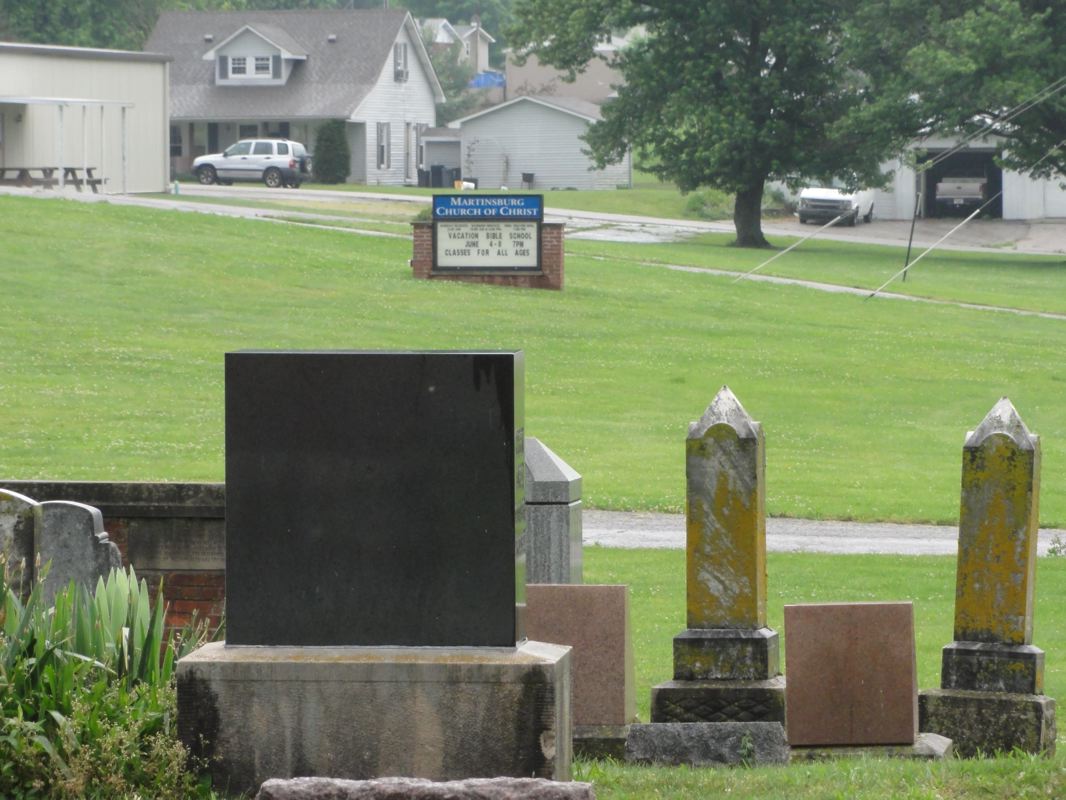 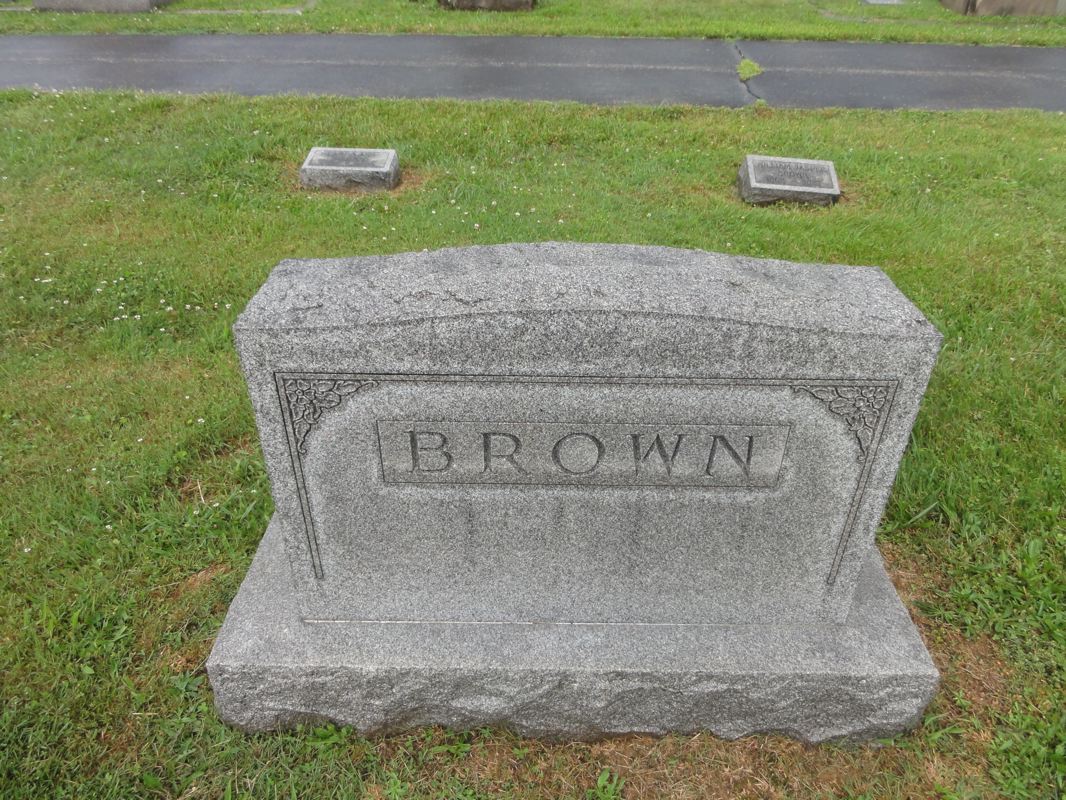 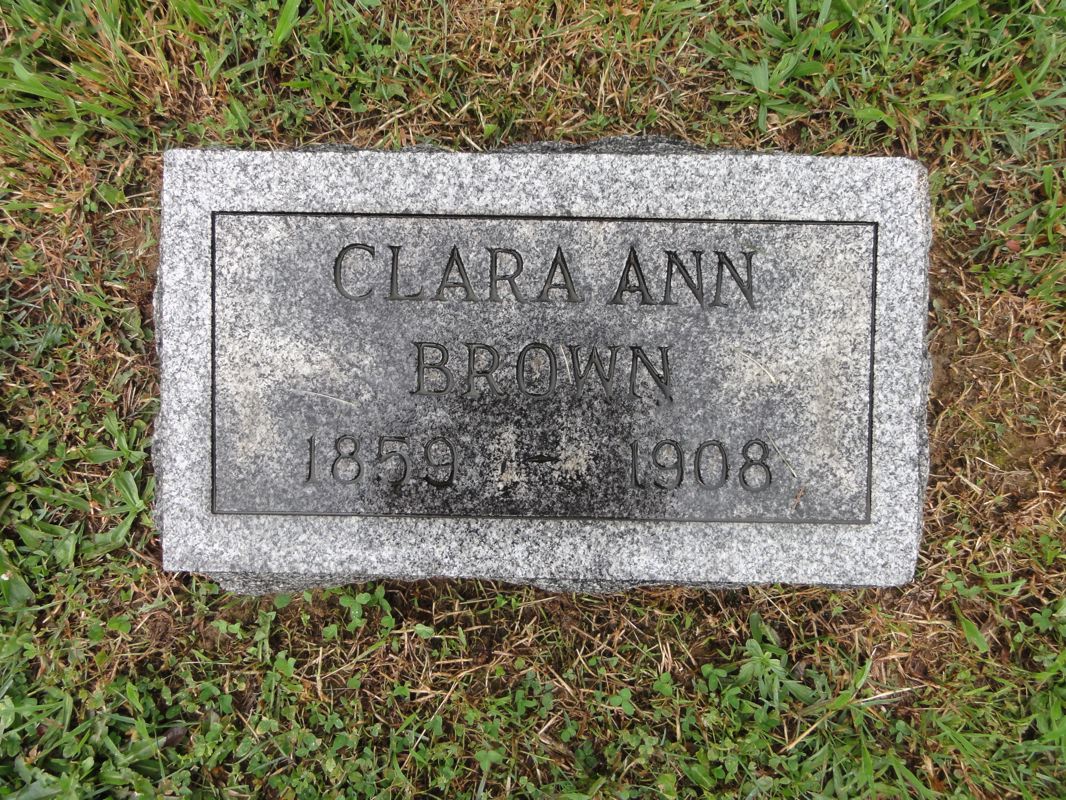 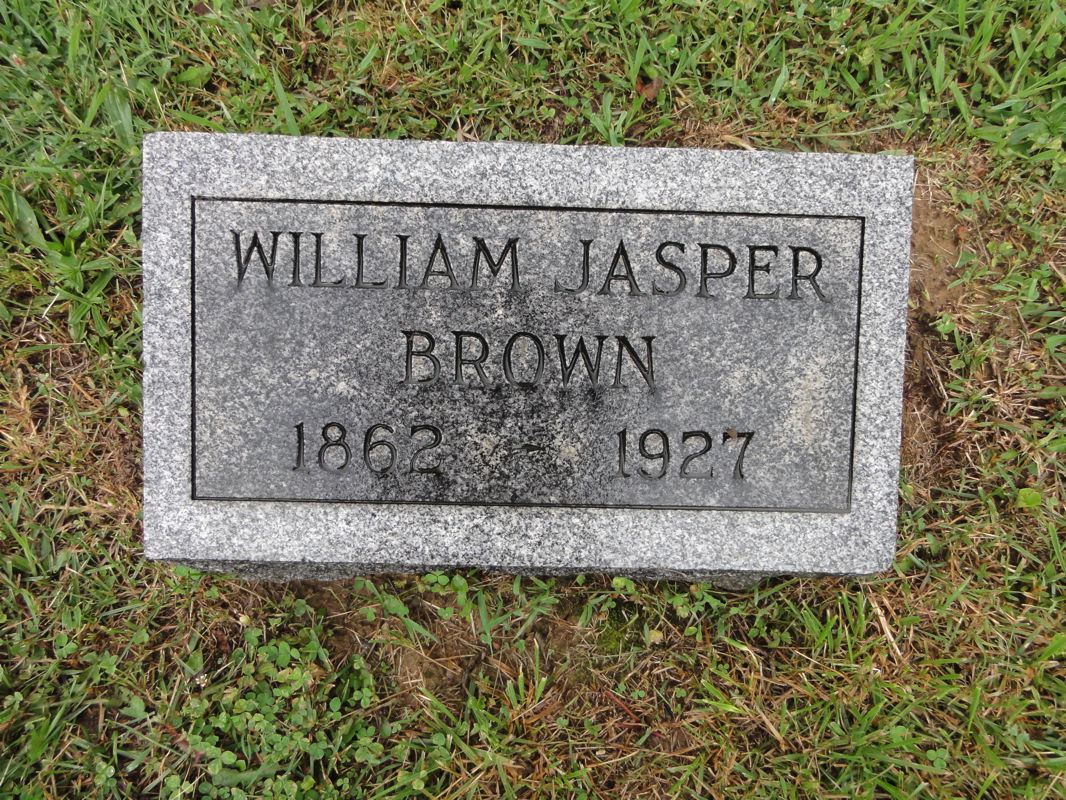 Web Editor's Note: On May 21, 2012 I visited the grave of W.J. Brown. I had just begun a week's Restoration Research trip with my dear friend Tom L. Childers. William J. Brown's grave was early on our list of preacher's graves to be found. Special thanks to Tom for doing the driving on this trip. While here, be sure to visit the grave of J.L. Martin, another restoration preacher buried here. Special Thanks to Terry J. Gardner for providing the obituary information on this page.