Biographical Sketch On The Life Of Elijah Martindale

The fathers of the current Reformation were adventurous men. The one who had the most of what William James would call "the variety of religious experience," in his own soul, was Elijah Martindale. In the fall of 1811 came with his father, John, to Wayne County, and helped to build a cabin on the creek that now bears his name. His parents were staunch Calvinistic Baptists. He married Elizabeth Boyd, who was an ardent member of the New Light Church. He was greatly prejudiced against his wife"s religion.

In his autobiography he says, "I thought the New Light religion was mere animal excitement. I once at attended a meeting near Jacksonburg where the excitement was carried to a high pitch. The "jerks" were common in their meetings. One great truth was firmly fixed in my heart, "You must be born again." These words followed me day and night. I went to the preachers of the different orders. Some would say, "Stand still and see the salvation of God." Others would say, "Pray on until you find relief." This last advice I heeded most. My parents were Baptists of the old school, and my wife a New Light. I concluded I had better apply myself to reading and prayer to find my way. I went among all the churches and joined them in worship and was kindly received. I greatly desired to be immersed by a Baptist minister. I often talked with them on the subject. They would say, 'Come to the church." I answered, "I do not receive the covenant of the church as Scriptural."

"A Seventh-day Baptist missionary from New Jersey came into the vicinity. I attended his meetings. After hearing him preach I walked forward, tho he was an entire stranger to me. I told him in the presence of all the people that I wanted him to baptize me. He was surprised and wanted to know why I did not come to join the church. I told him I could not endorse the covenant. After some consultation I was requested to tell my experience. I did so and was approved. Later I was baptized. I now felt happy in the belief that I was in Christ"s kingdom, tho not in any of the churches of the contending parties. I was now happy. I wanted others to come and feast with me. I began to exhort at different meetings I attended. I had but little learning; still I was everywhere invited and encouraged to go on in the good work of exhortation.

"I attended a United Brethren meeting conducted by William Stubbs. At his invitation I went with him on his circuit. While we were riding along one day I said, "Brother Stubbs, were not the persons whom the apostles commanded to be baptized about the same as we call mourners?" After a pause he replied, "It looks a good deal like they were, but it would not do to form such a rule; we would get too many bad members in the church." I was very much surprised at this answer, as I had never heard anything like it before. Later when I read of B. W. Stone advocating the doctrine of baptism for the remission of sins it looked as natural as the face of an old acquaintance.

"Soon after this I attended a large protracted meeting of the New Lights. Here I united with the church. I went forward and asked for the privilege of speaking a few words. I felt so anxious to see the people of God united that I wanted to shake the hand of every Christian in the house."

Mr. Martindale "s first preaching effort was in Jacksonburg in 1820. "Without knowing any better," he says, "I preached with all my heart for nearly ten years, that faith, repentance, and prayer were the only divinely appointed means, on the sinner's part, for the remission of sins, and that the evidence to the sinner of pardon was a change in his mind and feelings from sorrow to joy. When the poor sinner would say, "What shall I do?" the answer would be, "Receive, repent, and pray." But he would say, "This I have done, and still have found no peace nor comfort." In this condition I have known some to linger for months and years. Why did not we tell the poor sinner to arise and be baptized, calling on the Lord? Why did we not preach as Peter did on the day of Pentecost?

"By invitation I made an appointment at Sister Bucks" near New Lisbon in Henry County. My first appointment in her home was in the year 1826. In 1830 I commenced preaching faith, repentance, prayer, and baptism, all connected as so many links in a chain. I was soon nicknamed a Campbellite. Many of the old brethren began to turn a cold shoulder to me. I had almost embraced the doctrine of baptism as a link in the chain of pardon before I had ever heard of Mr. Campbell, but when I became acquainted with his teachings I was helped much in understanding the Scriptures. The first time I ventured to preach the old Jerusalem gospel was in Mother Bucks" cabin near New Lisbon. This gave me great joy.

"Our Reformation has been careful" to avoid enthusiasm, but it could not see the danger of stoicism. Hence, our ordinary meetings have been too cold and dry to make us happy, or convert, the unbelievers." Samuel Rogers once said, "We New Lights were so anxious to have all Christians united that when we saw the Baptists making the move to union, we in our haste to meet them ran clear through the temperate zone and joined them in the frigid zone. We have guarded against undue excitement, which we look upon with much fault among our neighbors, until we have come in great danger of coolness and formality."

Most of the churches that Mr. Martindale helped to build up in the New Light body followed him into the Restoration. He did not like the partisan spirit in the church. In his autobiography he says, "The war that now exists between us and the old Christian body is the most unjustifiable of all religious controversies. Too many of our preachers have cut off the ears of their hearers before they could reach their hearts. When the wall of prejudice has been built high it can only be removed by love. This war would never have been waged so intensely if our people had dwelt less on first principles and more on vital goodness and the indwelling of the Holy Spirit.

"With Samuel Rogers I held a meeting near Middletown in the summer of 1835. After preaching a sermon on the "Power of the Word of God" Benjamin and Daniel Franklin came forward to take their stand for Christ. By the light of lanterns and torches we went to the water and Samuel Rogers baptized these young men in the same hour of the night."

Elijah Martindale was a strong temperance man. In the early days it was customary to have plenty of liquor on hand at log-rolls and house-raisings. On one occasion in Henry County his friends came to raise his barn. They soon learned there was to be no liquor around that day; mutiny started in the camp. Elijah would not yield. He would rather have had these me return home with the framework of his barn lying on the ground than to have served liquor to them. They finally yielded and did his work. His father never followed him in any of his reform movements. Indeed it seems that he became more and more conservative and went the other way. One of Elijah's distant relatives who has the honor of bearing his name has recently told the author this incident that has been handed down by the members of the Martindale family:

"On one occasion, John, the father, said in all seriousness, 'I never thought I would have a son who would refuse good men a drink at a barn-raising or accept the rotten doctrines of Campbellism.'"

Directions To The Grave Of Elijah Martindale

Elijah Martindale is buried in the South Mound Cemetery in New Castle, Indiana. From Indianapolis head east on I-70 toward Ohio. Take exit 123 and head north (left). You will be on Hwy. 3, South Memorial Drive. Travel into New Castle and go right on Bundy Avenue. The cemetery is located on the corner of Bundy and Southern Streets in New Castle. (On your left.) The address is 505 Bundy Ave., New Castle, IN 47362; (765) 521-6850. Enter the cemetery at and continue to bear to the left toward the south end of the cemetery. This is also the oldest part of the cemetery. Look for Section 03. The grave is located on the west side of Section 3 on the top of a hill. 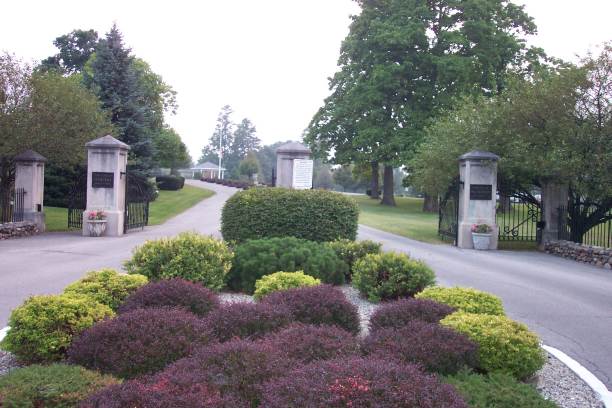 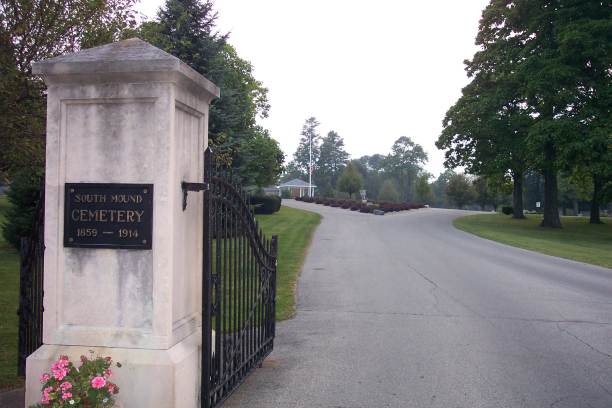 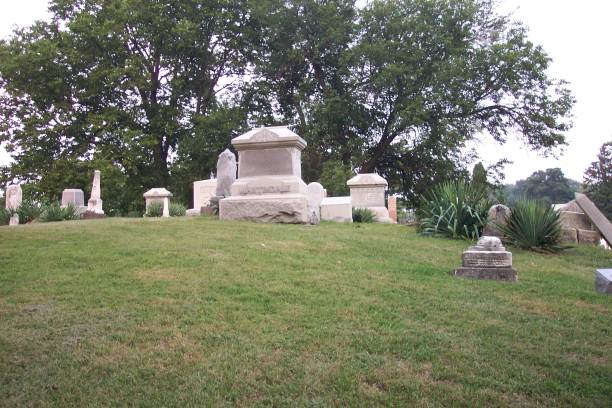 From The Rear Of The Cemetery, Looking North East
Boyd Plot In Foreground 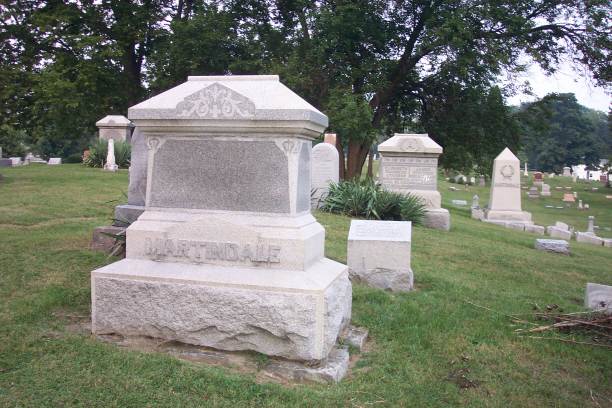 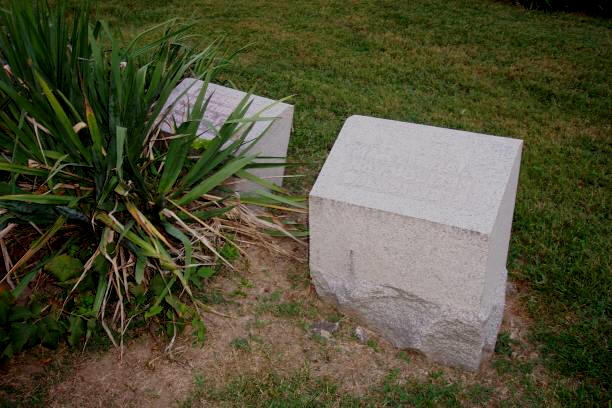 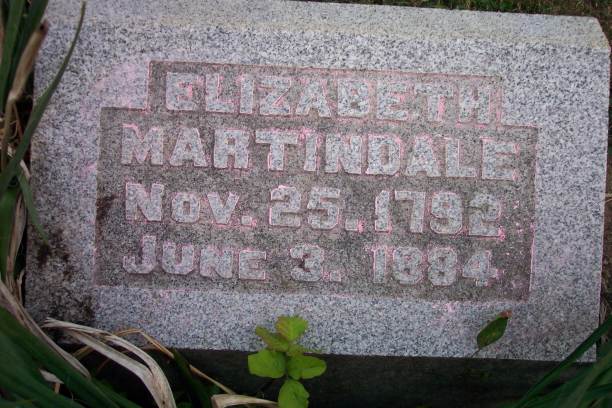