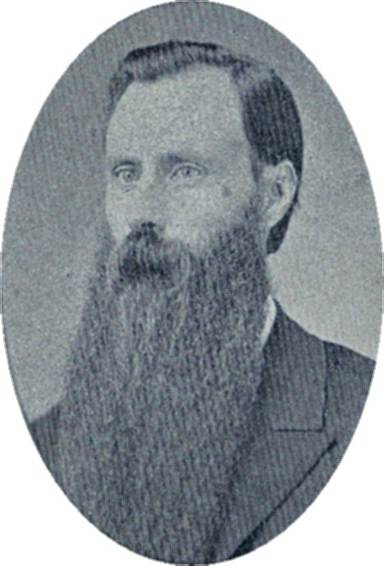 Obituary On The Life Of W. B. F. Treat

"W. B. F. TREAT, WELL KNOWN MINISTER, DEAD, HIS MANY YEARS OF WORK IN THE CHRISTIAN CHURCH HELD MANY DEBATES."

"W. B. F. Treat, one of the oldest ministers known of the Christian church in Indiana, died this morning at his home, 1217 Pleasent Street, of uraemic poisoning, following a cold contracted during the holidays at Smithville, this State, where he had been conducting revival services.

"The Rev. William Benjamin Franklin Treat was born in Morgan County, Indiana, Sep. 25, 1835. His youth was spent in Indiana, and about the time he reached his manhood he went to Arkansas, where on the third Sunday in Aug. 1854, at Big Flat, in Searcy County, that state, he preached his first sermon, and for fifty years he continued an active, able and aggressive evangelist in the Christian Church. He remained in Arkansas for several years, but returned to Indiana during the war, his heart being for the Union. During 1863 and 1864 he was employed by O. A. Burgess, president of the State Missionary Board of the Church to serve as evangelist in the Fifth Indiana district. Following this he was employed three years by the congregations of Knox County, and then served two years as pastor of the Christian Church at Mt. Carmel, IL. He was then called to pastorate of the church at Bloomington, IN, where he served for four and a half years."

"After closing his labors there he spent several years as a general evangelist, holding meetings in religious discussions, writing for the press and in other religious work, until he became favorably known in all the Christian churches of southern Indiana. He then served nearly seven years as Pastor of the Christian church in Martinsville, where he made a honorable record. From there he went to Muncie, where he served three years as Pastor, the congregation erecting during his pastorate a large new house of worship. He then moved to Indianapolis, from which place he extended his labors to different parts of the State."

"Lived in Days Of Polemics."

"He was gifted with a vigorous, logical mind, a profound faith and an ever-abiding zeal for what he regarded as the truth. The result was that, as he lived in the days of polemics, he was often called upon to uphold his teachings in public discussions, and he met some of the ablest men in the country on the platform, holding debate with D. B. Ray, Gregg Thompson, Benjamin Lampton and others of the Baptist church; G. W. Hughly, Elder Colvin and others of the Methodist church; E. B. Lane, Elder Waggoner, and others of the Adventist church; Mack Forscutt of the Morman church; Professor Remsburg, agnostic; Moses Hull, spiritist, and others, having over forty public discussions in all."

"Strong and positive in argument he was of kindly heart and gentlemanly ways and never allowed any personal antipathies to control his word or action towards his opponents."

"Forty-eight years ago in Arkansas he married Miss Woods, who, with three sons and one daughter, Mrs. Bragg, survives him."

"About twenty years ago Mr. Treat served one term as a member of the Indiana State Senate from Lawrence County. Source: From Gary Treat by E-mail.

W. B. F. Treat, 1835-1904, was a nephew of James M. Mathes and got much of his training under his tutorage. Like his famous uncle he was a debater, writer, and a great preacher. He made friends wherever he went. He had pastorates at Bloomington and Martinsville and the story is told that on a Saturday afternoon it was not possible for him to get around the public square because so many people were anxious to talk to him.

Directions To The Grave Of W. B. F. Treat

W. B. F. Treat is buried in the Crown Hill Cemetery, Indianapolis, Indiana. Traveling On I-65 North Out Of Downtown Indianapolis, Indiana Take The Dr. Martin Luther King Street Exit - Exit 117. (Note: If you cross White River, You Have Gone Too Far) Go North On Dr. Martin Luther King Street. Turn Right On West 32nd Street. Cemetery Will Be On Your Left. Go Until The Road Dead Ends Into Boulevard And Turn Left. There Will Be An Entrance To The Cemetery As You Cross The 34th Street Intersection. Turn Left Into The Cemetery. Be Sure To Click On The Map for specific location in the cemetery. 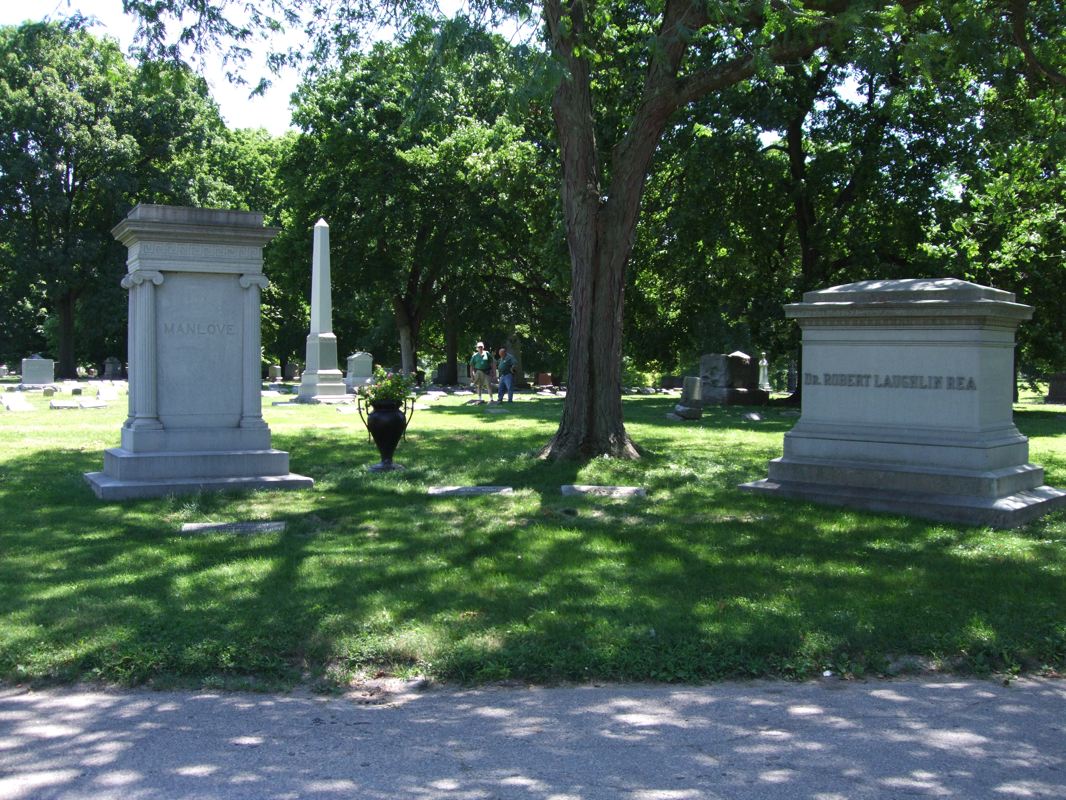 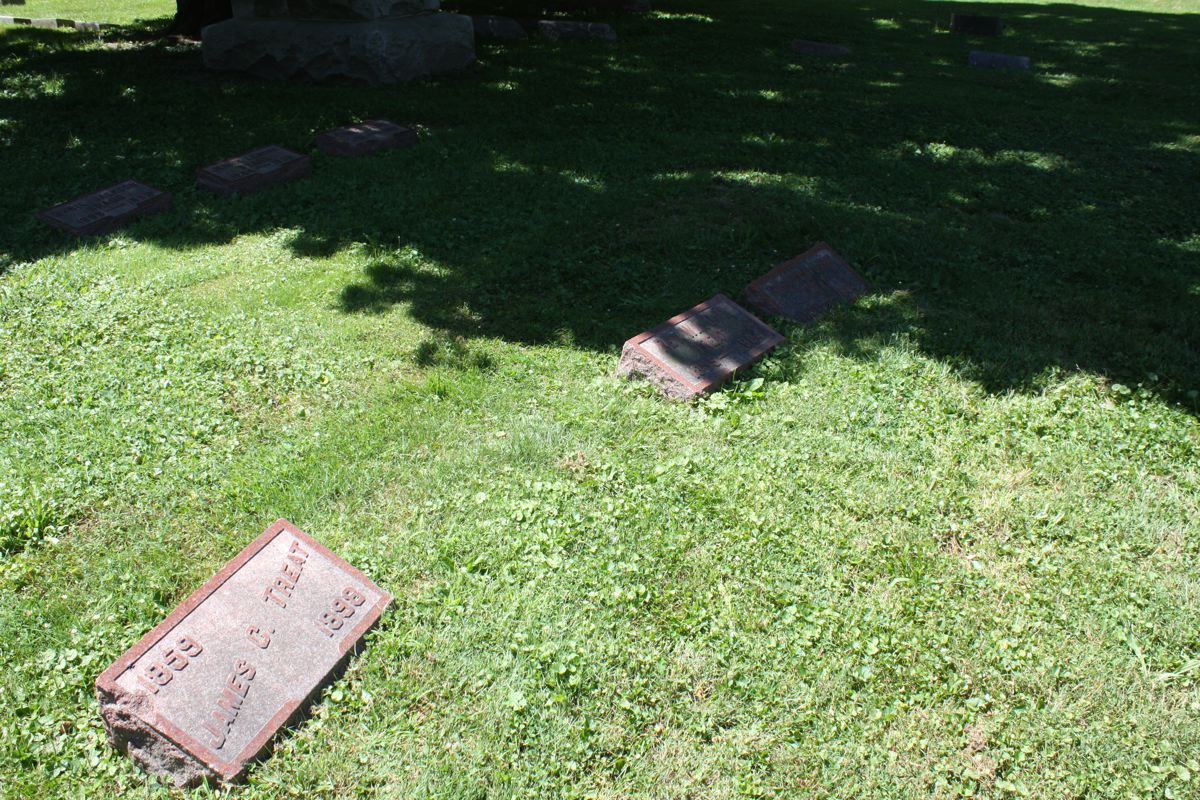 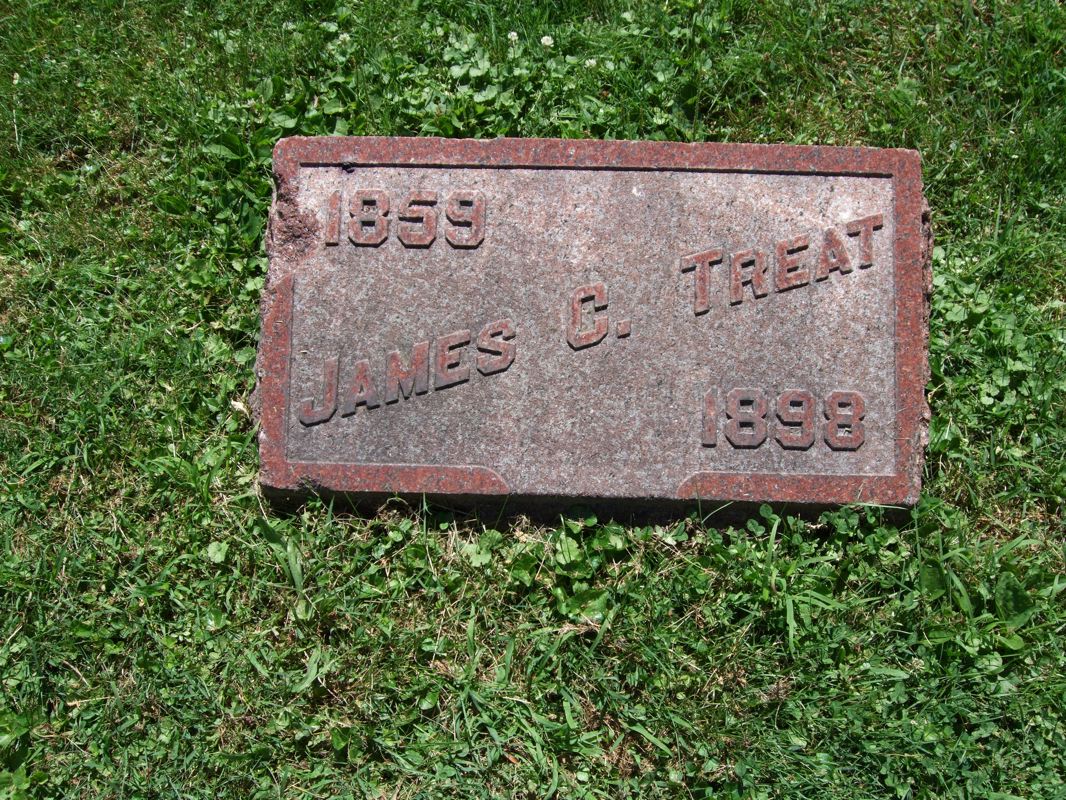 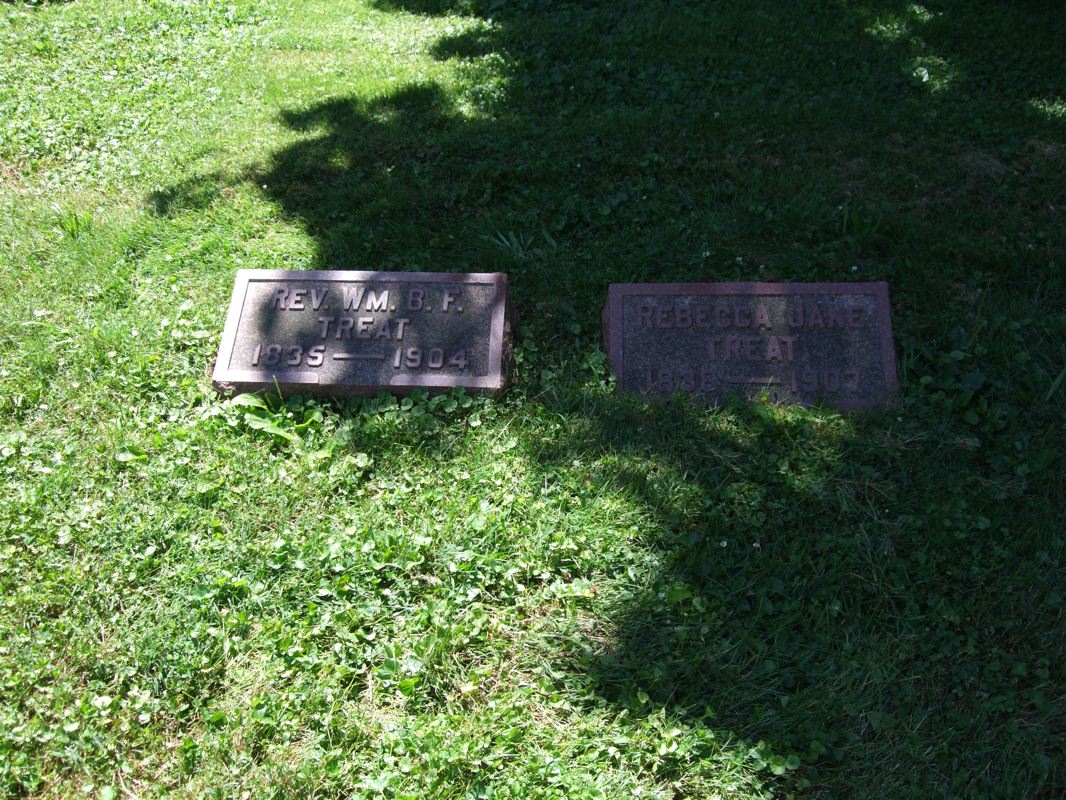 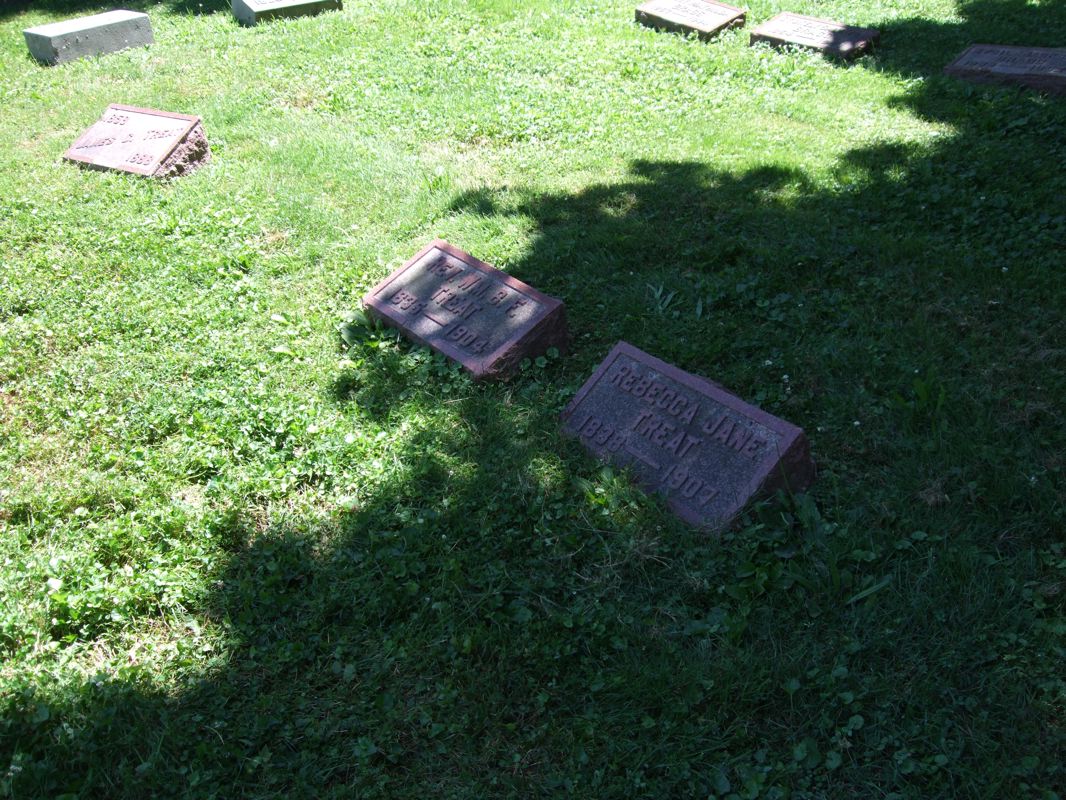 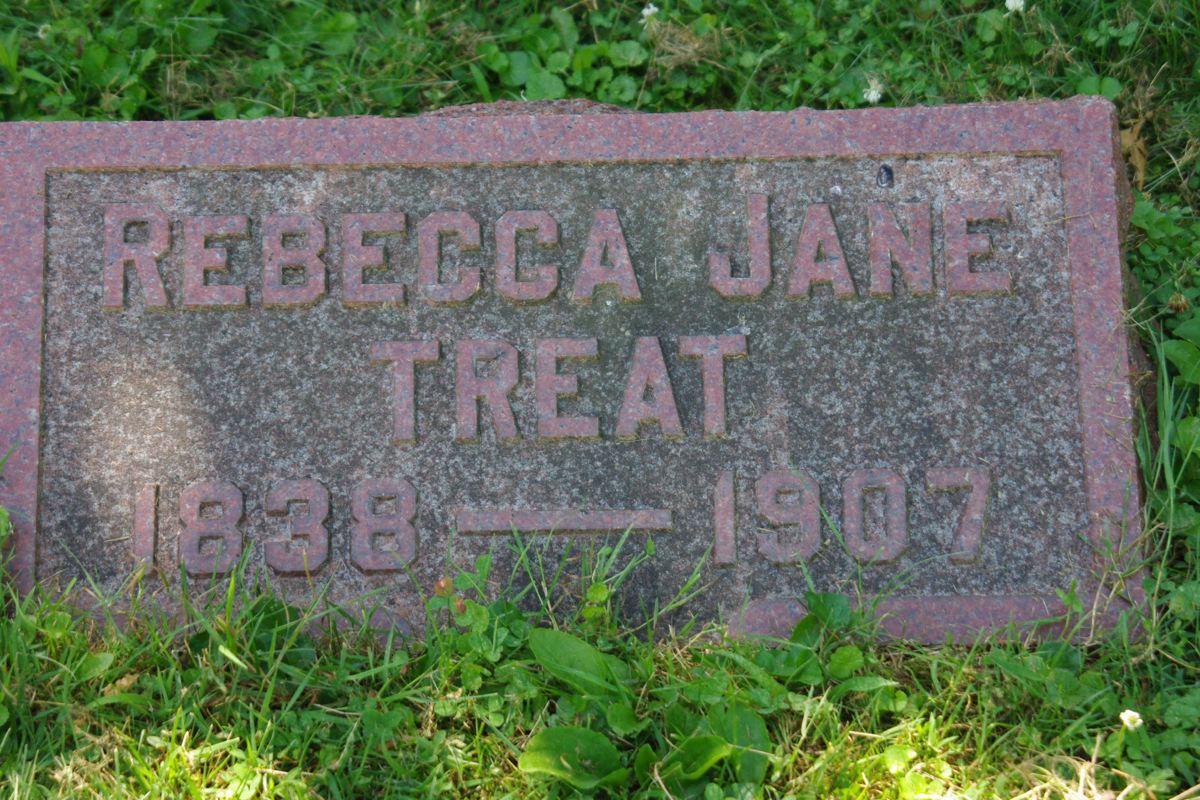 More Information On The Life of W. B. F. Treat