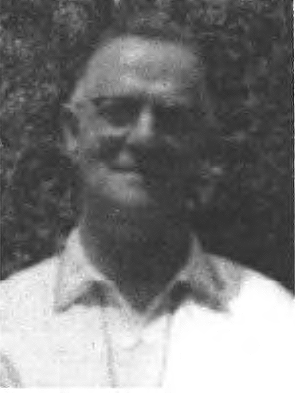 V. D. Love was one of our great preachers in Kansas. He was born on June 25, 1889 of Lenard and Amanda Love. They were faithful Christians, so he was privileged to grow up in a Christian home. He graduated from his local high school and attended a number of “Bible Readings” at such places as Winfield, Gardner, Sylvia, and Peace Creek, all in Kansas. This was really good preparation for preaching the gospel, for one would learn much about the whole Book, if he tried, and Brother Love did try.

These “Bible Readings” were a teaching device much used by our brethren in the Northern states to a good advantage. Though I never had the opportunity to attend one, I have heard many people speak of them who did attend them. The people would meet early in the day and spend the entire day reading the Bible until they had read it all. Under competent direction, and we did have many preachers who were capable directors of such studies, this would be a very effective way to teach the Word. Many of the brethren involved were wheat farmers and had relatively little to do on the farm in the winter when these “Readings” were often held. It was an excellent arrangement, and we hope that such studies have not been completely dropped. From this type of study Brother Love, and many others, was able to get a good knowledge of the whole book.

He evidently grew up in the Vineland community, for it was in this place that on February 10, 1910 he was married to Miss Mollie Deay, for she says: “. . .we lived at Vineland . . . when we were young. . .”. In this same year, when he was twenty-one years of age, he preached his first sermon, and this was at Vineland. Sister Love says that soon after their marriage they moved to Lawrence, Kansas, about thirty miles west of Kansas City. Here he worked in a grocery store and preached for a church in Kansas City for about three years. He had to drive back and forth, and stayed in Kansas City for the Sunday evening service. This was not easy to do in the early years of this century, for cars and roads were neither plentiful nor very good. She also makes the following observation: “My, the older preachers had to do a lot more work, they held down a job, and preached on Sunday.” She also mentioned the fact that the support was not real good either, but there is no word of complaint, though they must have felt this problem keenly. (Many of our correspondents have mentioned this, and I do not recall one word of complaint about it from anyone.)

Following this, they moved to Winfield, Kansas where he preached for the Church for twelve years, then to Mulvane for two years. Somewhere along the line he gave ten years to the Church in Vineland and a year to the Church in St. Johns. Through all of this he did much evangelistic work all over the area and had a debate with a man named W. G. Roberts at Vineland, but we have no further information about this debate. Brother and Sister Love were the parents of four children, all of whom are still living. They are: Dale, Kenny, and Keith, and Beverly Schnier.

Brother Love was a good and useful man, wielding a great influence for the Master in his area. He preached for some of the best congregations in Kansas, and helped them to become even better. I first met him at the Dallas Lectureship in 1943, and have a colored slide showing several preachers, including him, that was made at that time. He often came to such gatherings in Oklahoma and Texas, especially to the Abilene lectures. I especially remember a very pleasant visit I had with him once when he drove from Hutchinson over to Lyons, where I was in a meeting. He was deeply concerned because he felt there was not the fellowship among brethren in Kansas and Oklahoma and Texas that should have been. Though he knew that some teaching had been done that was partly responsible for this, yet he felt that if these brethren really knew one another that there would be the kind of fellowship that should exist among all Christians. For this reason he took advantage of every opportunity to improve this situation. A very worthy aim, indeed!

Brother Love worked with the Hutchinson church for fourteen years, but his health began to fail and on October 27, 1964 he fell victim to that terrible malady, lung cancer, after a long and harrowing illness. His body sleeps at Hutchinson among the people he knew and loved. He was truly a good and useful man, working faithfully in a difficult field. May the Lord bless his memory and his loved ones who continue.

Directions To The Grave of V.D. Love

Vernie Love is buried in the Memorial Park Cemetery in Hutchinson, Kansas. Located on the west side of Hutchson, take the bypass, Hwy. 96/Nicholson Blvd. to the W. 4th Ave. Head west about a mile and a half and the cemetery will be on your left. Head into the first entrance. Continue past the office on your left. In the distance you will see a section on your right with a bricked monument to the apostles of Jesus, toward the center. Brother love is buried just NE of the war memorial within 20 feet. Plot: Eastlawn 173 3-A. 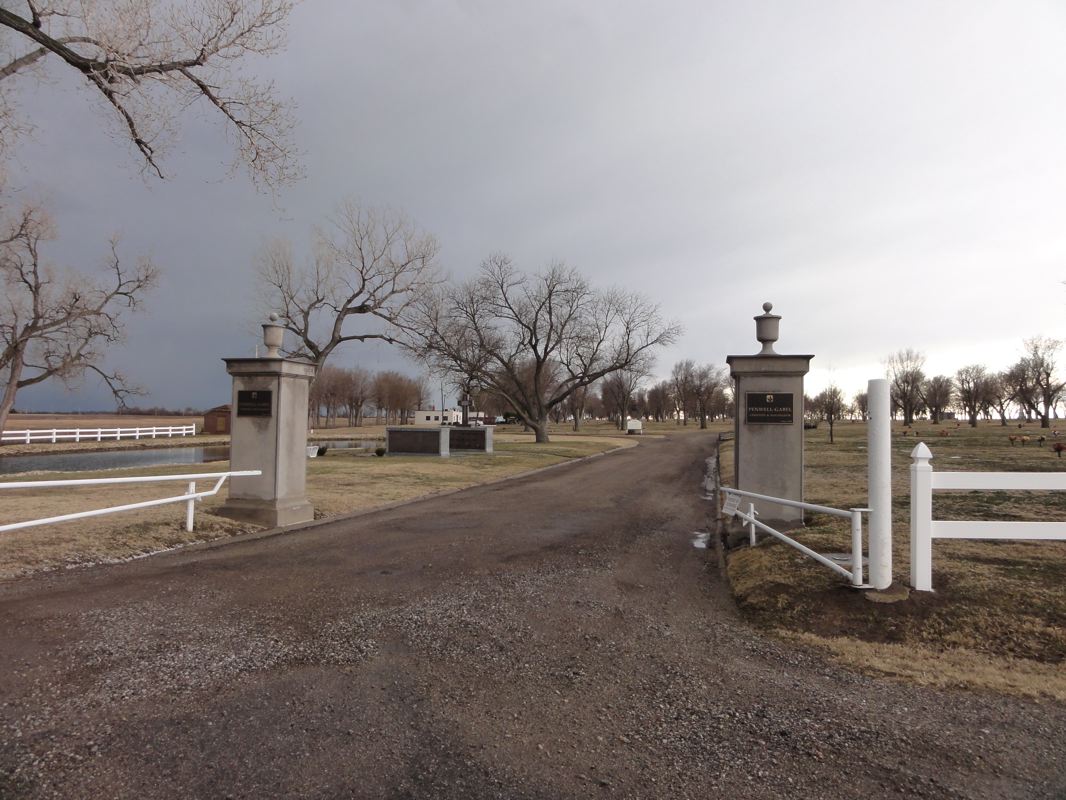 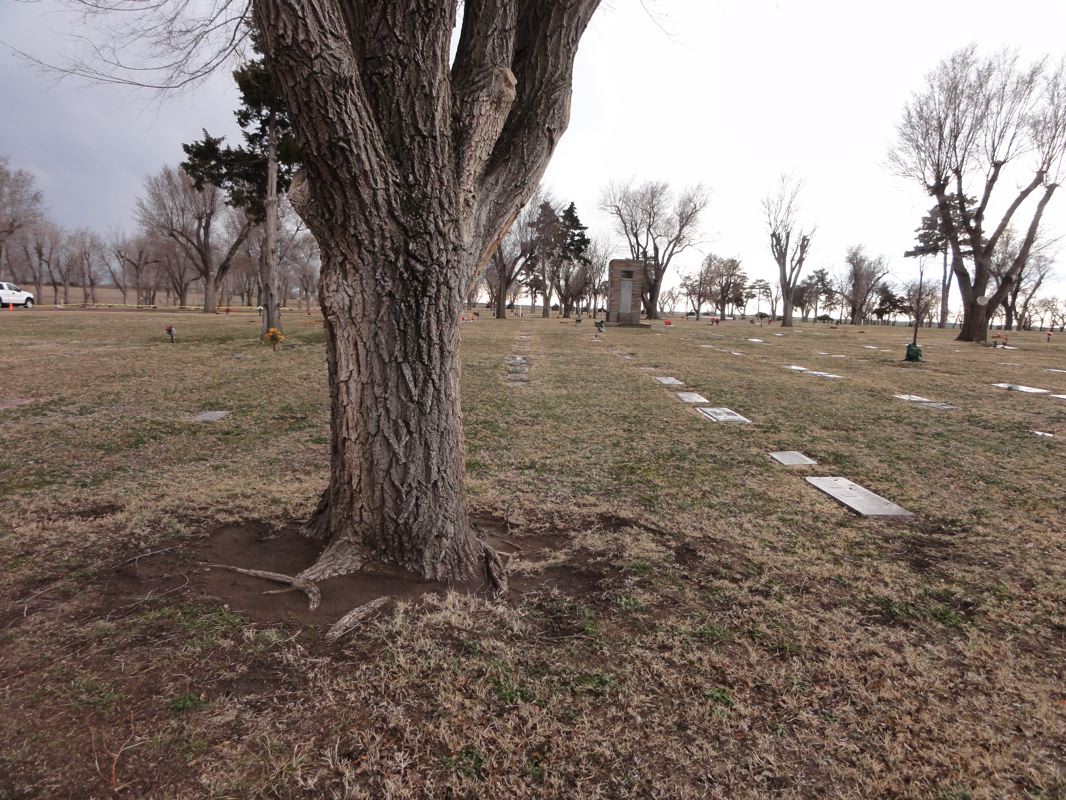 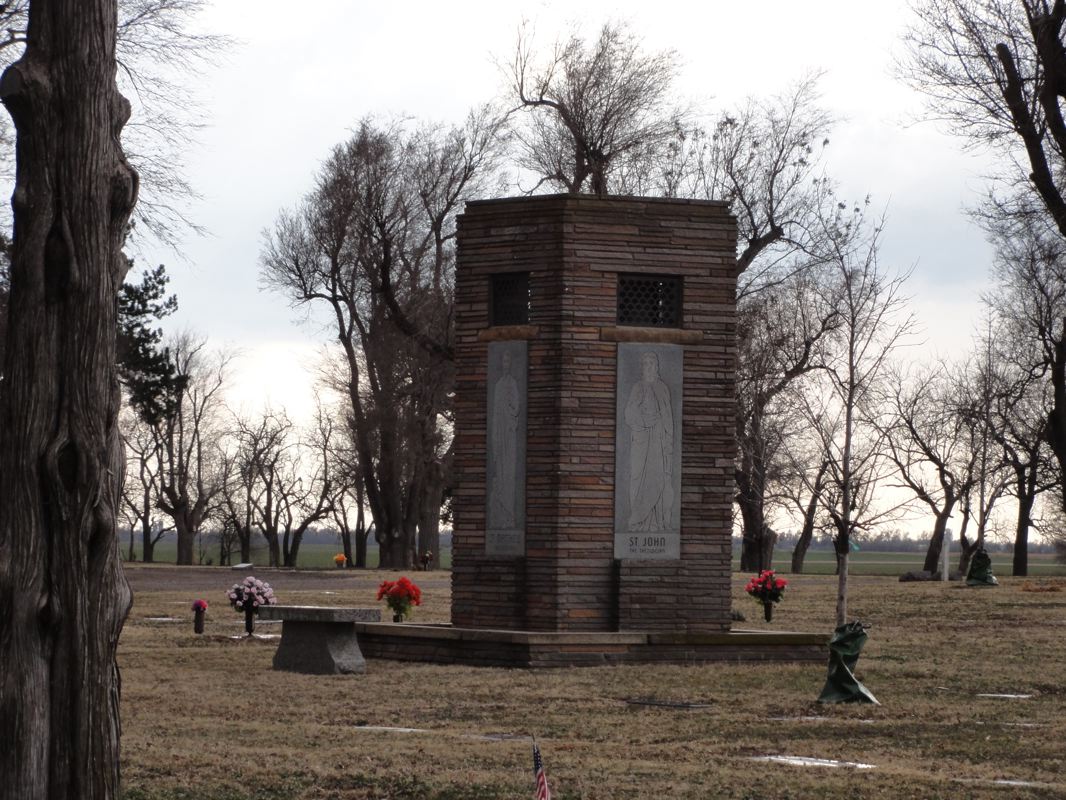 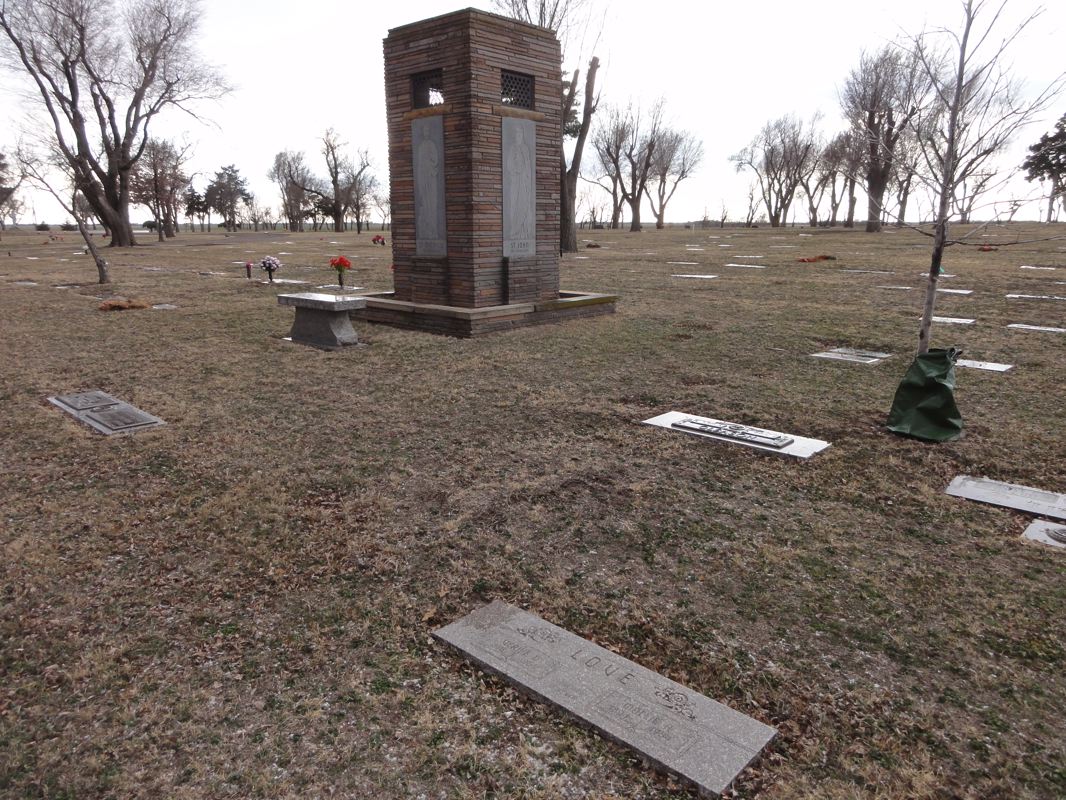 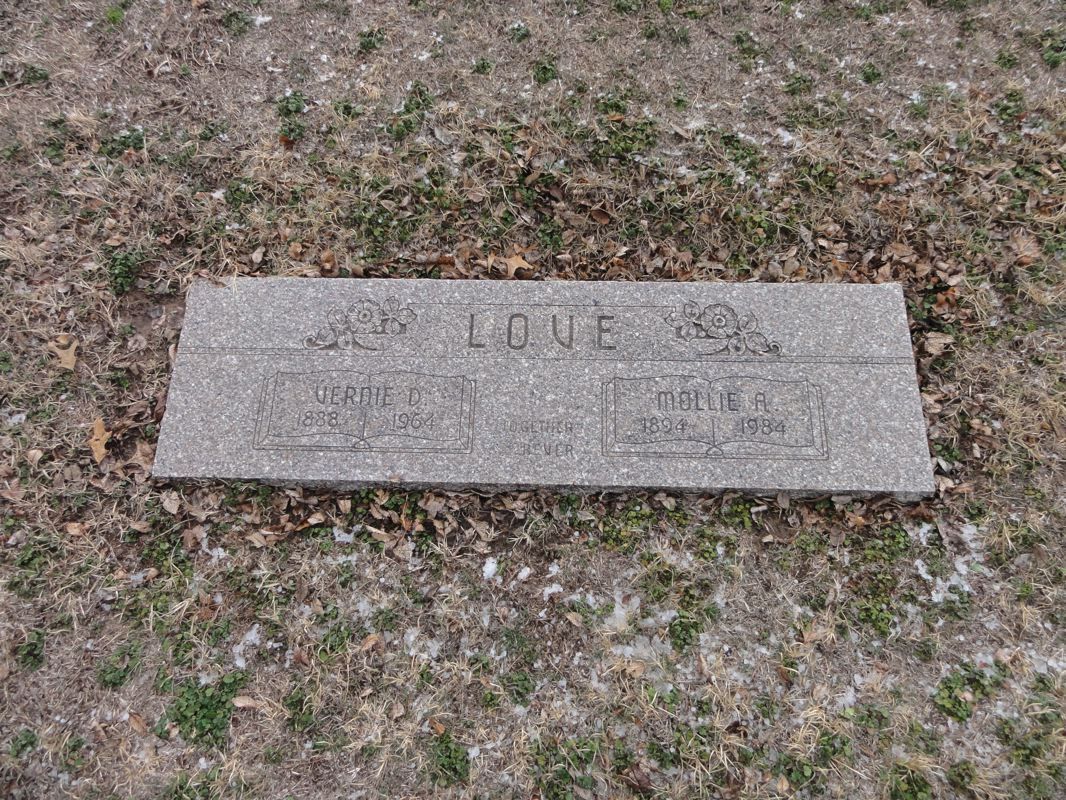 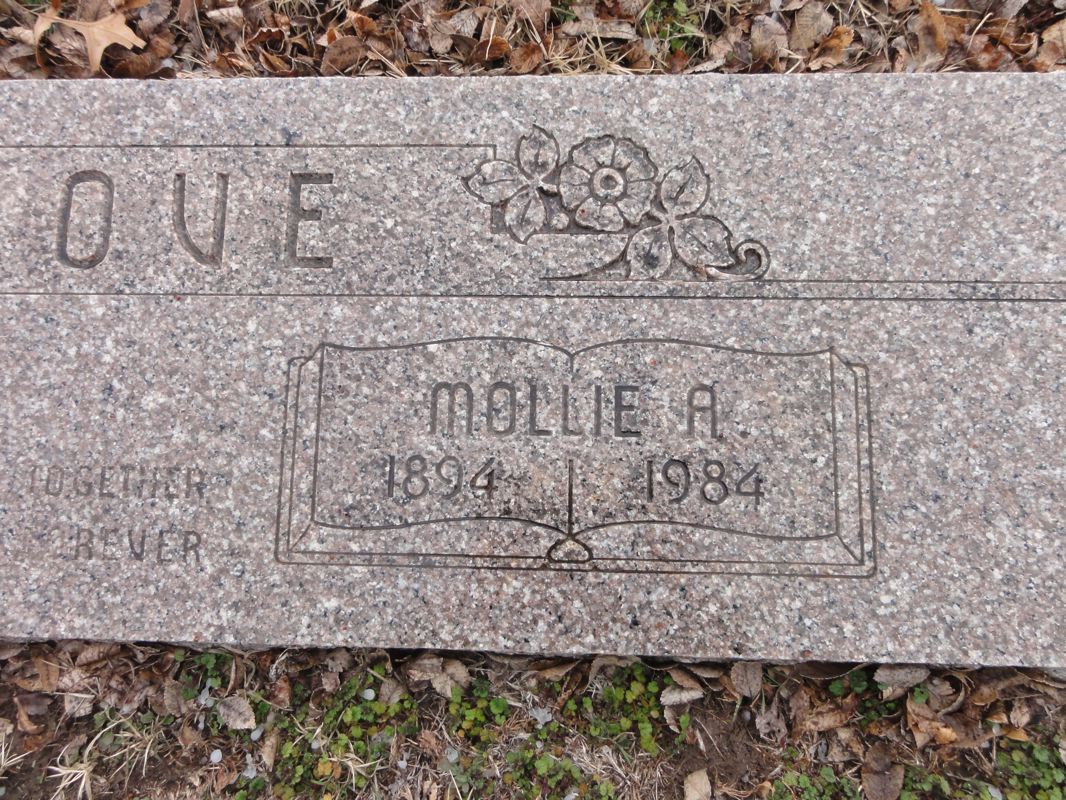 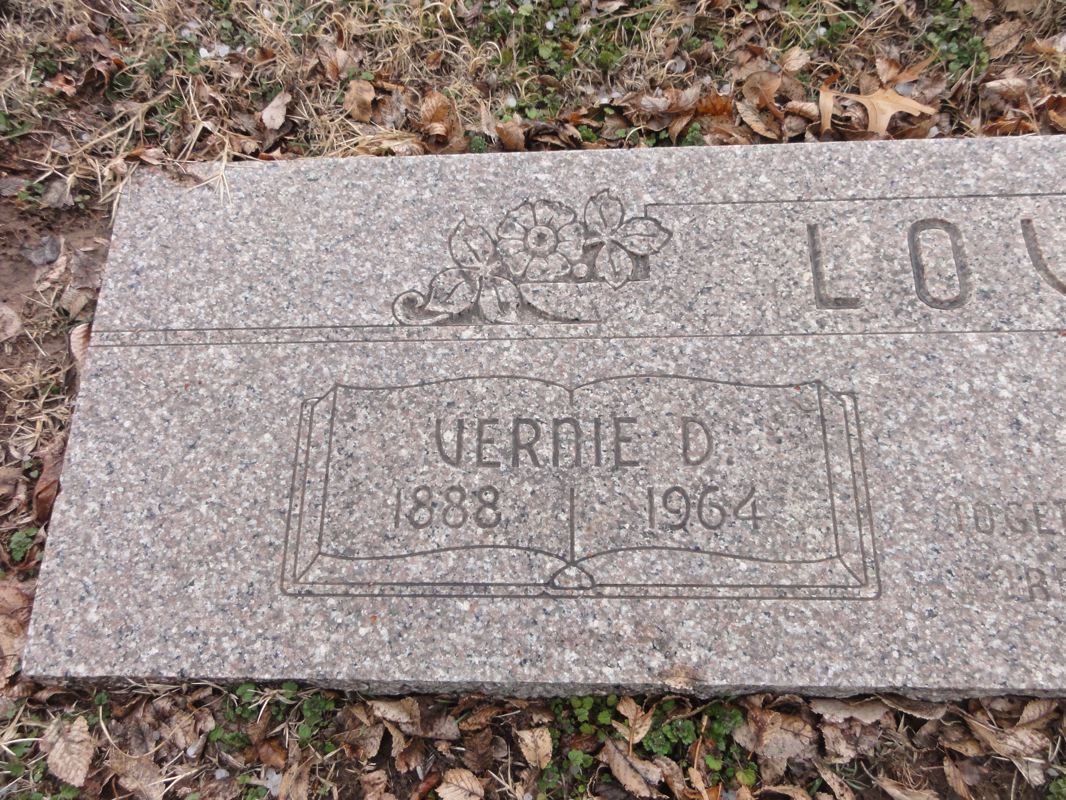 Web editor note: In February, 2012, it was my privilege to visit the grave of V.D. Love. I was invited to take part in the annual Affirming The Faith Lectureship in Oklahoma City, Oklahoma. Getting into the area early, I was afforded the opportunity to put about 2000 miles on a rental car in order to locate graves of gospel preachers and church leaders of yesteryear in a wide area. My first day I was able to visit the grave of Vernie Love.