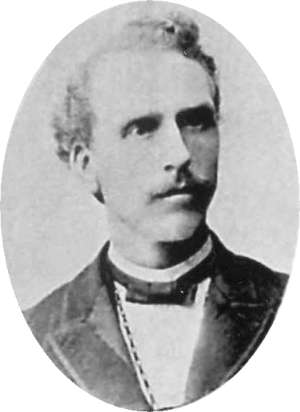 The Rev. Thomas Hansford Popplewell, pastor of the North Lawrence Christian church from 1918 until his retirement about 10 years ago, and a widely-known evangelist in Kansas and Missouri, died yesterday morning at his home, 313 Elm Street. He was 83 years old.

Funeral services will be held at 2:30 o'clock Tuesday afternoon from North Lawrence Christian church. The Rev. W.D. Darnall, Hugoton, a close friend of the Rev. Mr. Popplewell and associated with him in early evangelistic work, will officiate. Burial will be in the Jordan cemetery, Wellington.

The Rev. Mr. Popplewell was born July 31, 1856, near Jamestown, Kentucky., and went by covered wagon with his parent to northwestern Missouri in 1862. He was educated at Albany and Kirksville, Mo., and began teaching school before he was 17 years old.

In the late '70s, Mr. Popplewell preempted a claim nine miles south of Wellington and lived in a dugout until a house was constructed. He taught school and preached in that area for a number of years. Among his students when he taught in Sumner county were Ed Hackney, now state senator, and Thomas W. Butcher, now president of Emporia State Teachers college. Butcher worked for a time on the Popplewell farm.

The greater portion of Mr. Popplewell's ministerial activity was spent in evangelistic work. He took part in 42 public religious debates. A lover of fine horses, Mr. Popplewell either rode horseback or in his surrey on his evangelistic tours. 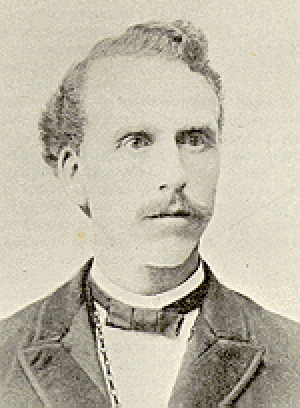 Before coming to Lawrence he held pastorates in Arkansas City and Baxter Springs, Kan., Perry and Enid, Okla., Abilene, Tex., Windsor and Independence, Mo., Colfax and Iowa Falls, Ia., and in other towns. He moved to Lawrence from Baxter Springs.

The Rev. Mr. Popplewell took pride in the fact that thru his efforts 22 young men entered the ministry.

Up until a year ago, when his health began to fail rapidly, he was able to read and study his Bible daily. After retirement he translated the Book of Revelations(sic) from the original Greek and had prepared a manuscript of his own interpretation. It remains unpublished.

He was the author of a number of religious tracts and several of his oral discussions have been published.

In early manhood he was active in the Masonic lodge.

Brief Sketch On The Life Of Thomas Hansford Popplewell

Thomas H.Popplewell was born in Russell Co., KY in July 1857. (Web editor note: Should be 1856). He was the son of John Popplewell & Delpha Mae Judd of that county. John was the son of Isaac Popplewell Jr., the son of Isaac Popplewell. Thomas was married twice. The first marriage to Alice Martin about 1875 produced two known children: Minnie born 1879 and John R. born March 18, 1883. Alice died sometime between 1883 and 1889 and Thomas remarried to a woman named Stella who bore him 5 living children out of 9 births between 1891 and 1908. This family moved around considerably, likely due to his profession as Minister of the Christian Church. Although born in Russell Co., KY he spent his adult life in MO, KS and Iowa.

His son, John R. by his first marriage is living at home in the 1900 census, but is rather mysterious after that. He cannot be located in 1910 or 1920 and the one John R. Popplewell found in the 1930 census is listed as being single, age 40, and living in Gray County, TX (near Amarillo) with an older brother Wilbur Popplewell age 43. Both show they were born in KS. However, I can find no record of Wilbur Popplewell wiht the family of Thomas H. Popplewell in the 1900 census when he should have been 13 years old. Also, John R.'s age is off by 7 years.

We do know that John R. Popplewell married Belle Stephens of Wilbarger/Wise County Texas and lived their later years in Clovis, NM. Any information on John Popplewell or his children would be appreciated. Belle was born in 1889 and was the daughter of my gg-Uncle, John Wiley Stephens. 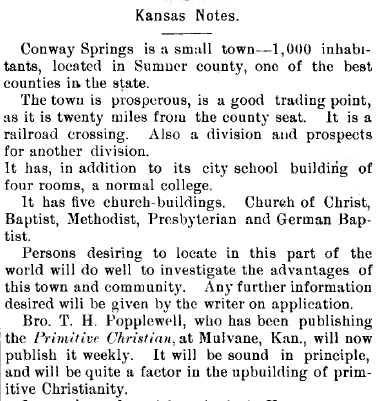 Directions To The Grave of Thomas H. Popplewell

T.H. Popplewell is buried in the Jordan Cemetery in southern Kansas. Take I-35 to Wellington, Exit 19, and head west on Hwy. 160. In town you will want to take Hwy 81 south. Head south on Hwy. 81 for six miles and turn left on E.70th Street. (This is a GRAVEL ROAD). Head 3.3 miles, and just before you go over a bridge to crosses the interstate, the cemetery will be on your right. Enter the cemetery through the gate and head to the SW corner to find the Popplewell burial section. Note: Other Popplewell family members are also buried in this cemetery. The location of the cemetery is remote from town, but oddly enough, enjoys the sounds of much traffic, as it lies just the side of I-35. In fact, a bridge goes over the interstate on this gravel/dirt road just beyond the cemetery (NO ACCESS TO INTERSTATE HERE). I crossed it on my way to Winfield, Kansas, and went quite some time on pretty bad gravel/dirt roads. 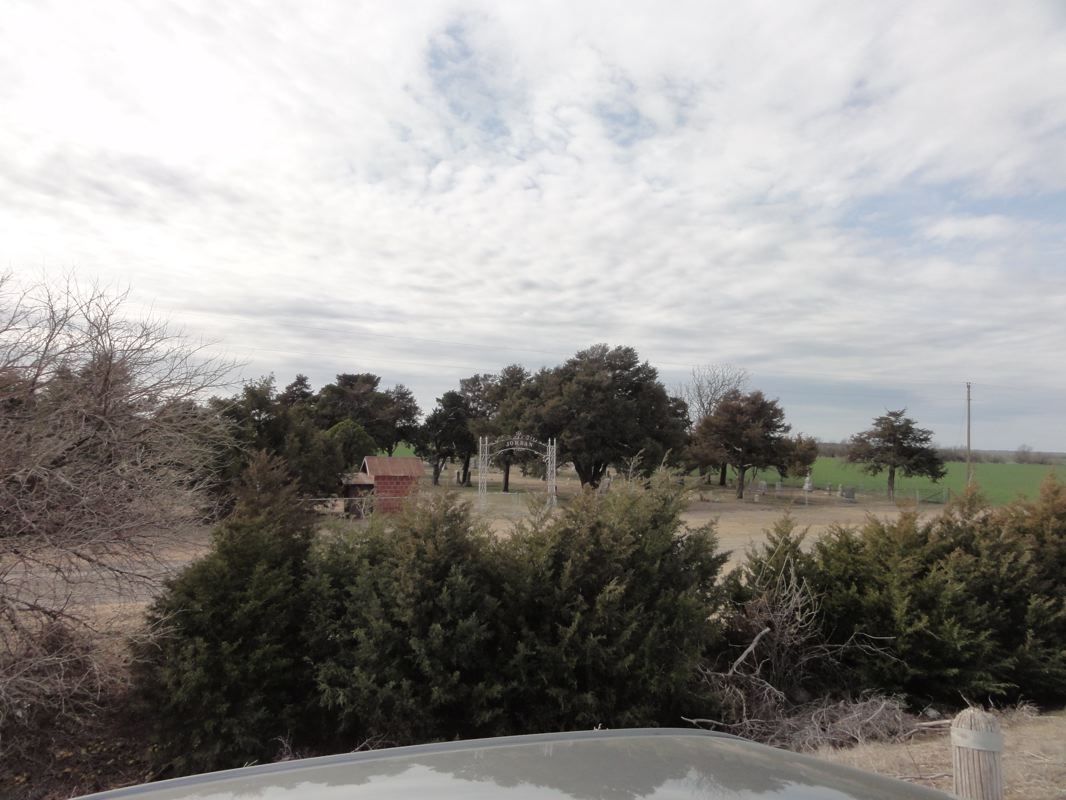 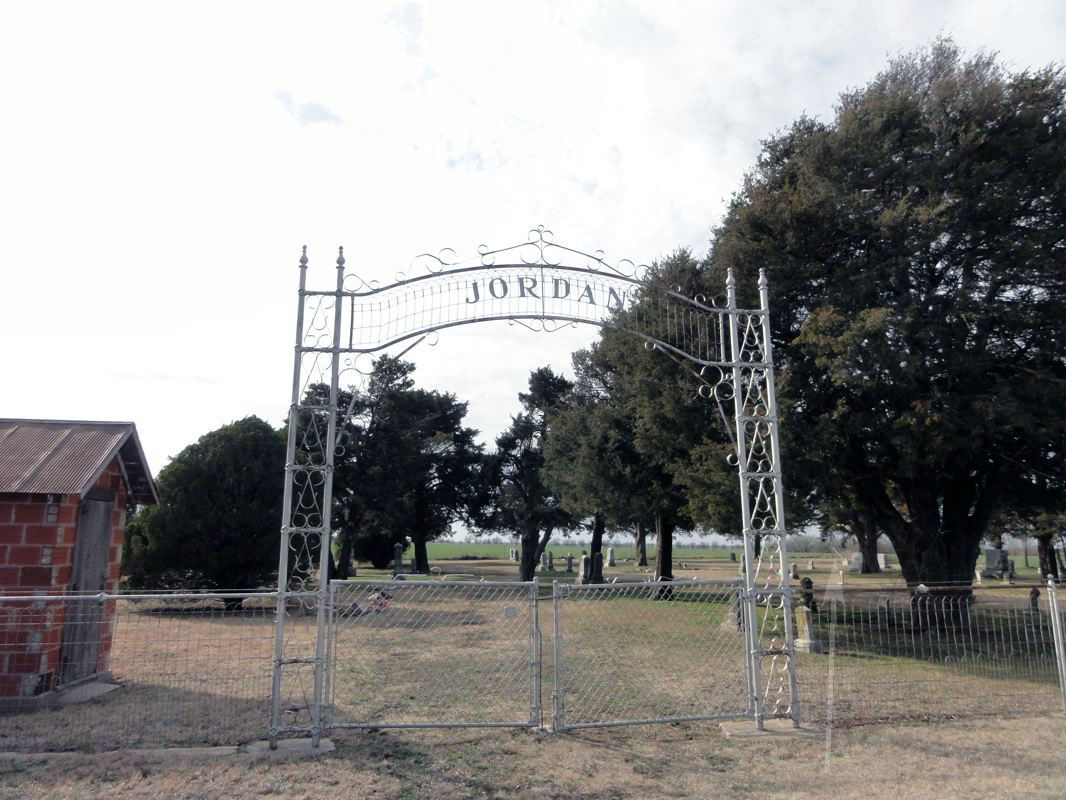 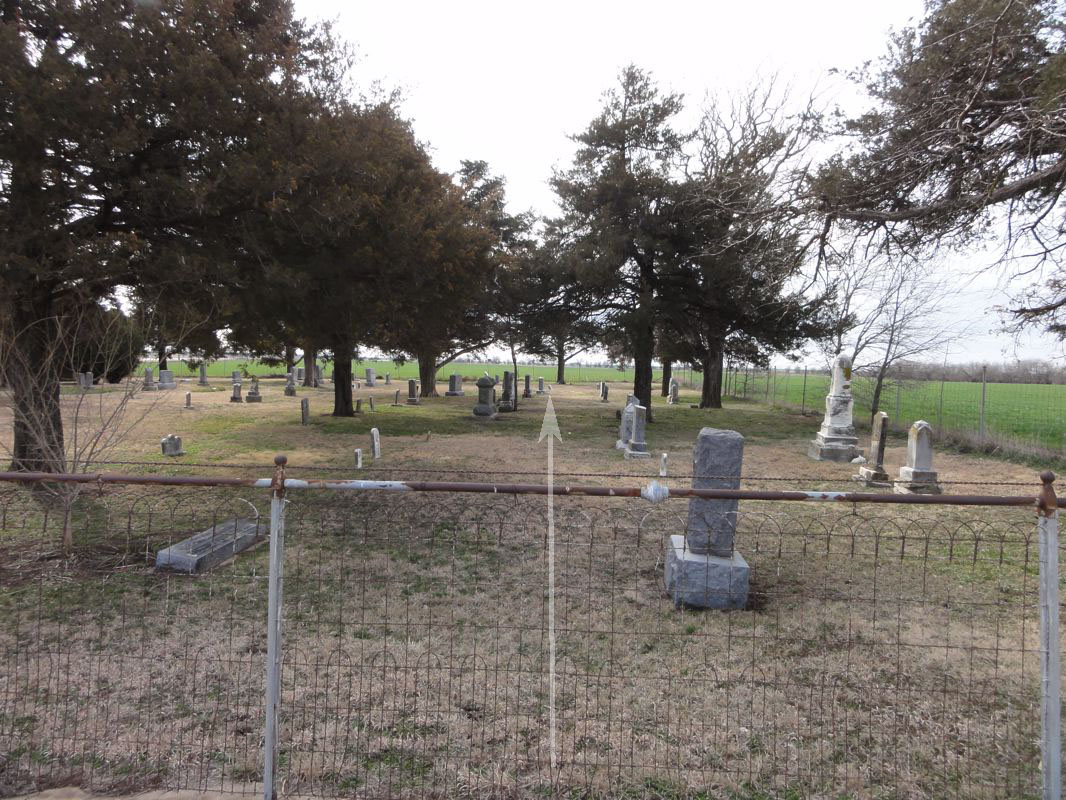 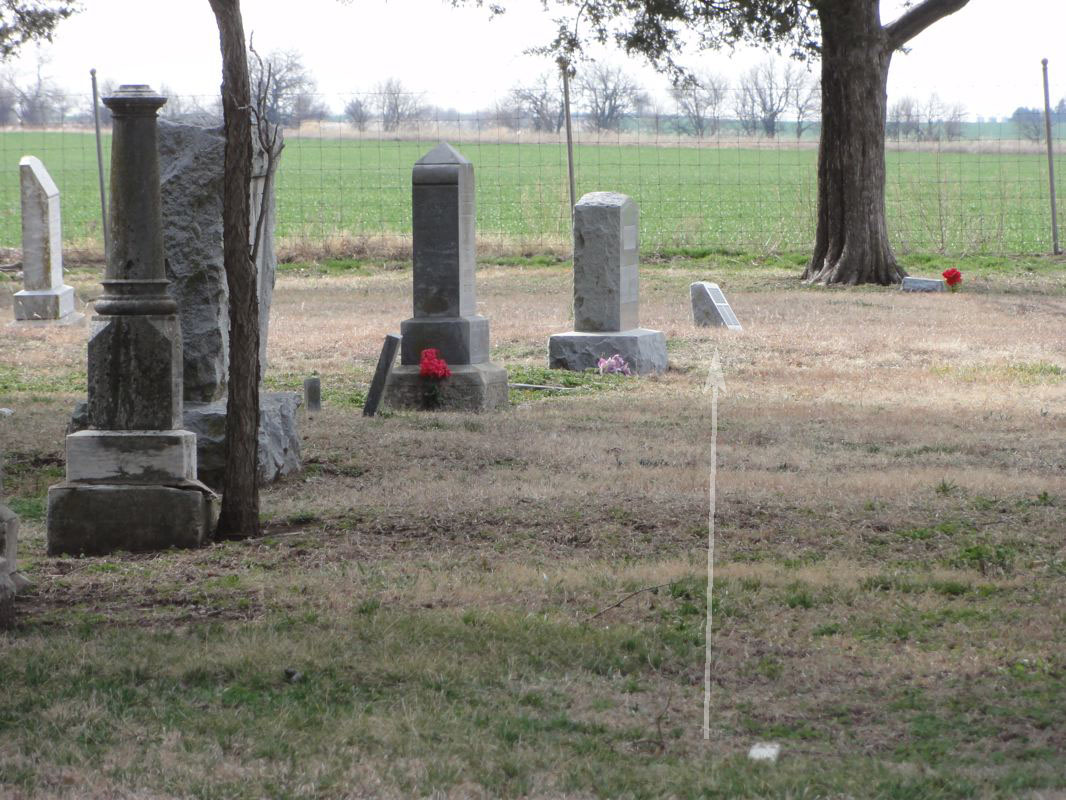 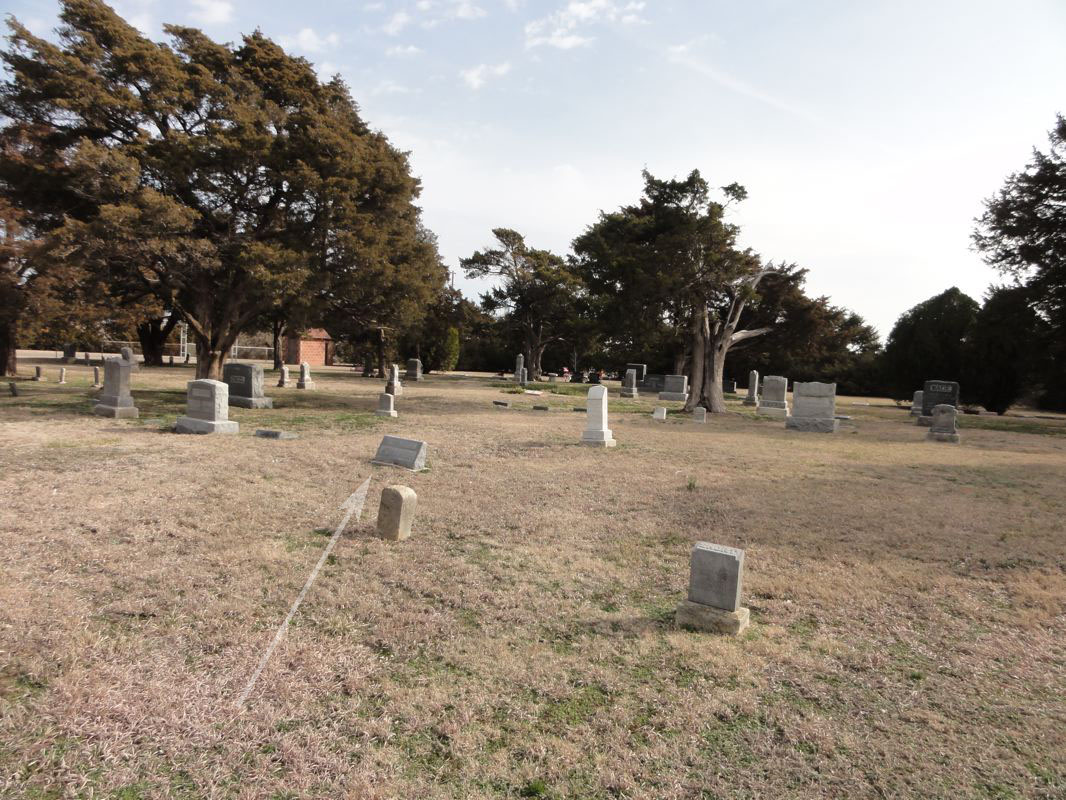 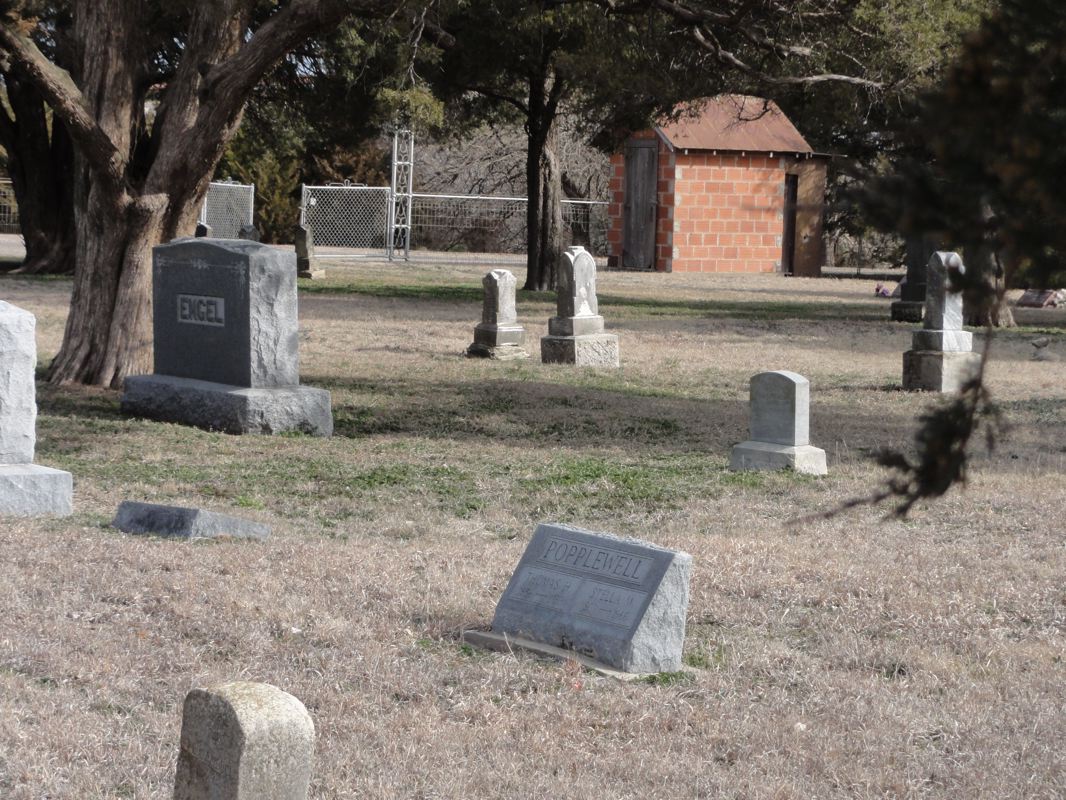 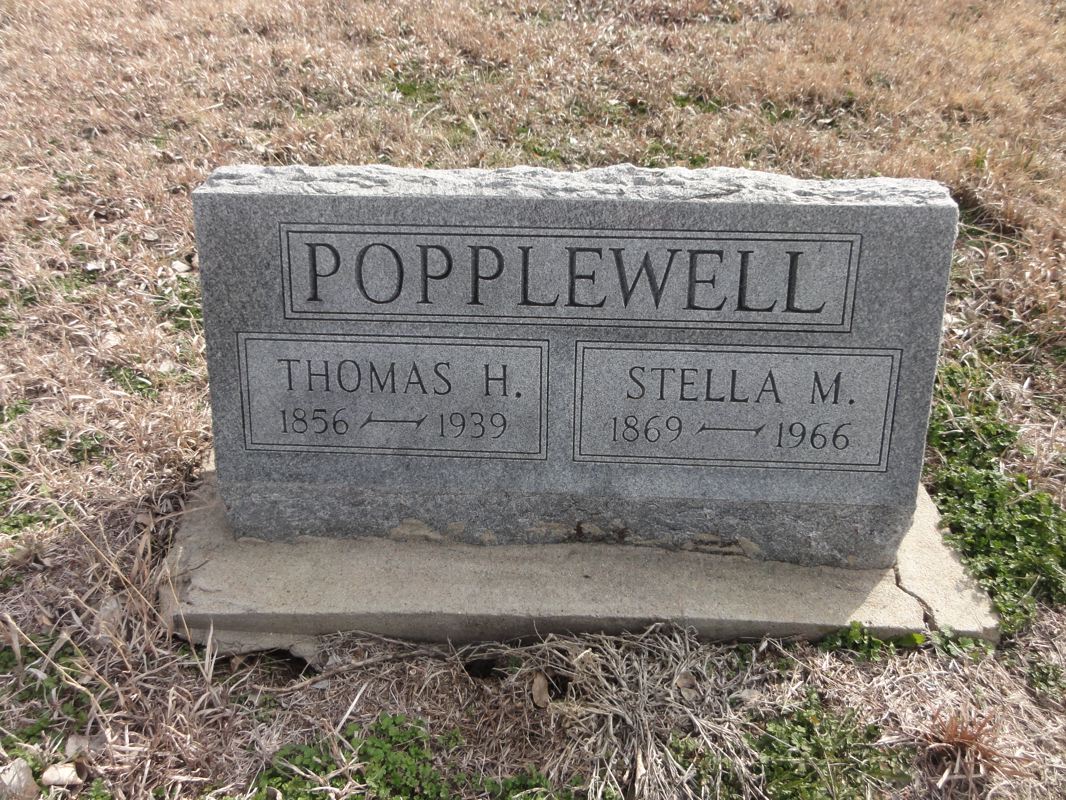 Web editor note: In February, 2012, it was my privilege to visit the grave of Thomas H. Popplewell. I was invited to take part in the annual Affirming The Faith Lectureship in Oklahoma City, Oklahoma. Getting into the area early, I was afforded the opportunity to put about 2000 miles on a rental car in order to locate graves of gospel preachers and church leaders of yesteryear in a wide area. On my eighth and final day I was able to visit the grave of T.H. Popplewell. It was a trip where I visited the graves of nearly 50 gospel preachers.