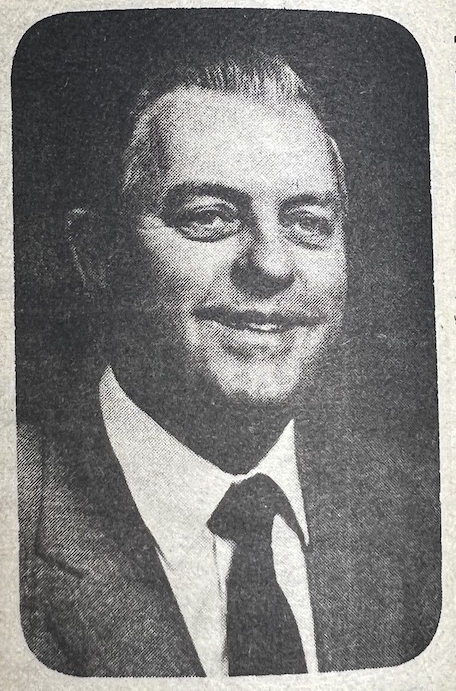 The Life of Harold Bellamy

From an early age, Harold showed an acumen for agriculture, especially in the field of bovine production. In 1953 an article appeared in an Evansville, Indiana paper about the success of a group of 500 people who helped to prepare for the state’s first giant Tri-State Exposition at Dade Park near the Ohio River. One of the leaders in the organization of the effort was Harold Bellamy. Explaining his contributions the following was published,

“Harold K. Bellamy, of Owensboro, Ky., is head of the dairy cattle department of the Tri-State Exposition. He is superintendent of the Evansville Milk Producers Association, of Evansville.

“Born on a farm near Whitesville, Ky., he became a 4-H Club member while in the sixth grade. Upon entering high school he enrolled in vocational agriculture and actively participated in Future Farmers of America projects. He served with the army during World War II, and after returning home attended both Western State College at Bowling Green, Ky., and the University of Kentucky at Lexington.

“He later taught vocational agriculture in Logan County, Kentucky, and became a fieldman with the Evansville Milk Producers in April, 1951. This work was mostly in Kentucky, with the Green River Milk Producers Association, which has members in 17 counties.

“At the 1952 annual meeting of the American Dairy association of Kentucky, Mr. Bellamy was elected to the state board of directors of that organization. The same year he was elected to the national board of directors of the ADA.” (shrdlupshr, “Meet Some of the 500 Persons Who’ve Helped Ready Exposition,” Evansville Courier and Press, Evansville, Indiana, Tuesday, September 22, 1953, p.17)

In 1961, he was assistant general superintendent of the Field Packaging Co. in Owensboro, Kentucky. The family attended the Parrish Ave. church of Christ in Owensboro. Throughout the 1960s he served as minister of the congregation. In 1967 he was named with two others as elders.

Desiring to increase his Bible knowledge, the Bellamys moved to Florence, Alabama where Harold attended International Bible College. Upon completion of his studies he returned to Kentucky preaching and teaching in Ohio County region. He also supported himself by working as a superintendent for the Johnson Packing Co. in Owensboro.

He was invited to go back to Florence, Alabama to join the staff of International Bible College. For eight years he served as Vice President of the college.

Harold K. Bellamy was a great leader in the church. He wrote good biblical articles, some of which are shown below. He was an evangelist, and served the Lord all his days. Brother Bellamy died in his 64th year, September 4, 1990. Basil Overton preached his funeral, and burial took place in the Kelley Cemetery near Fordsville, Kentucky. 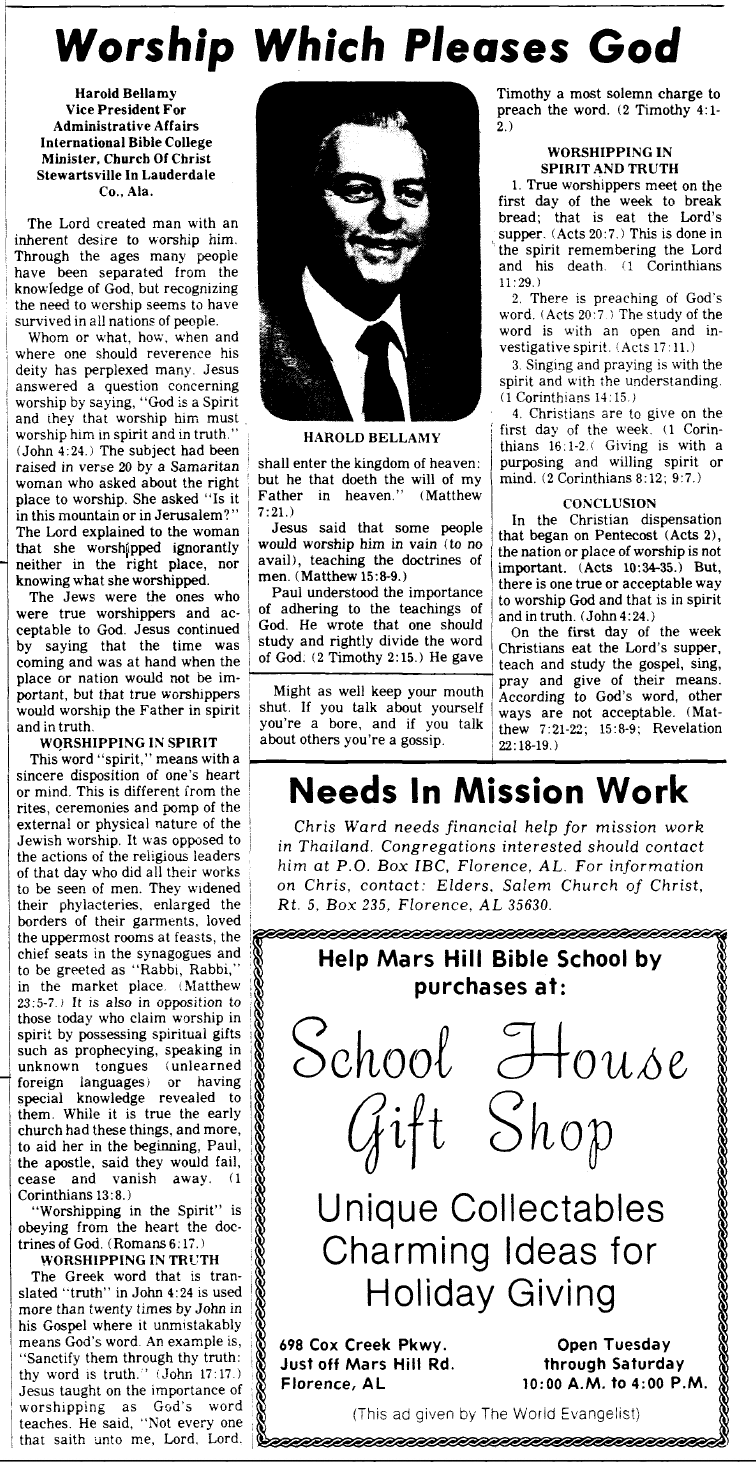 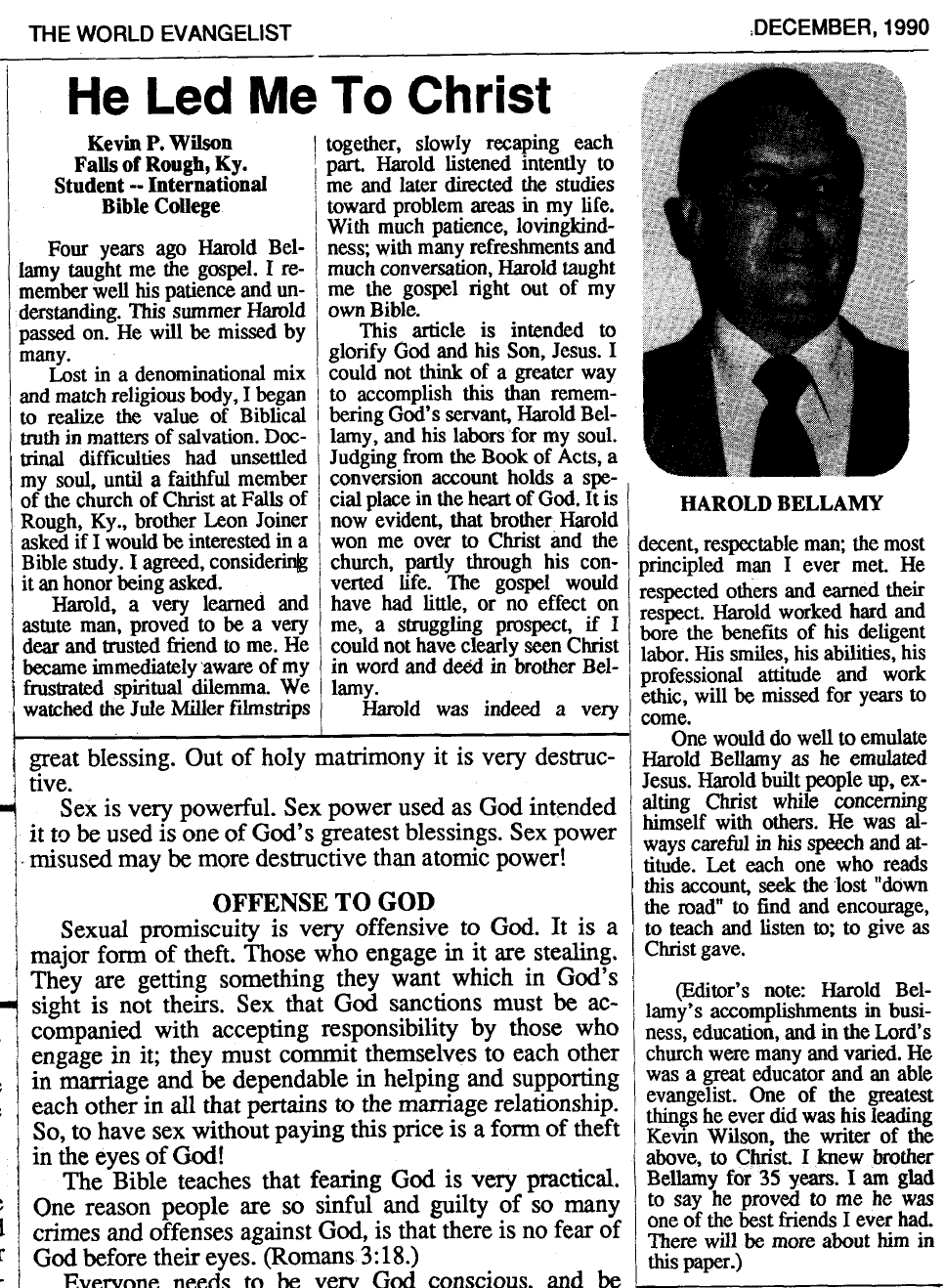 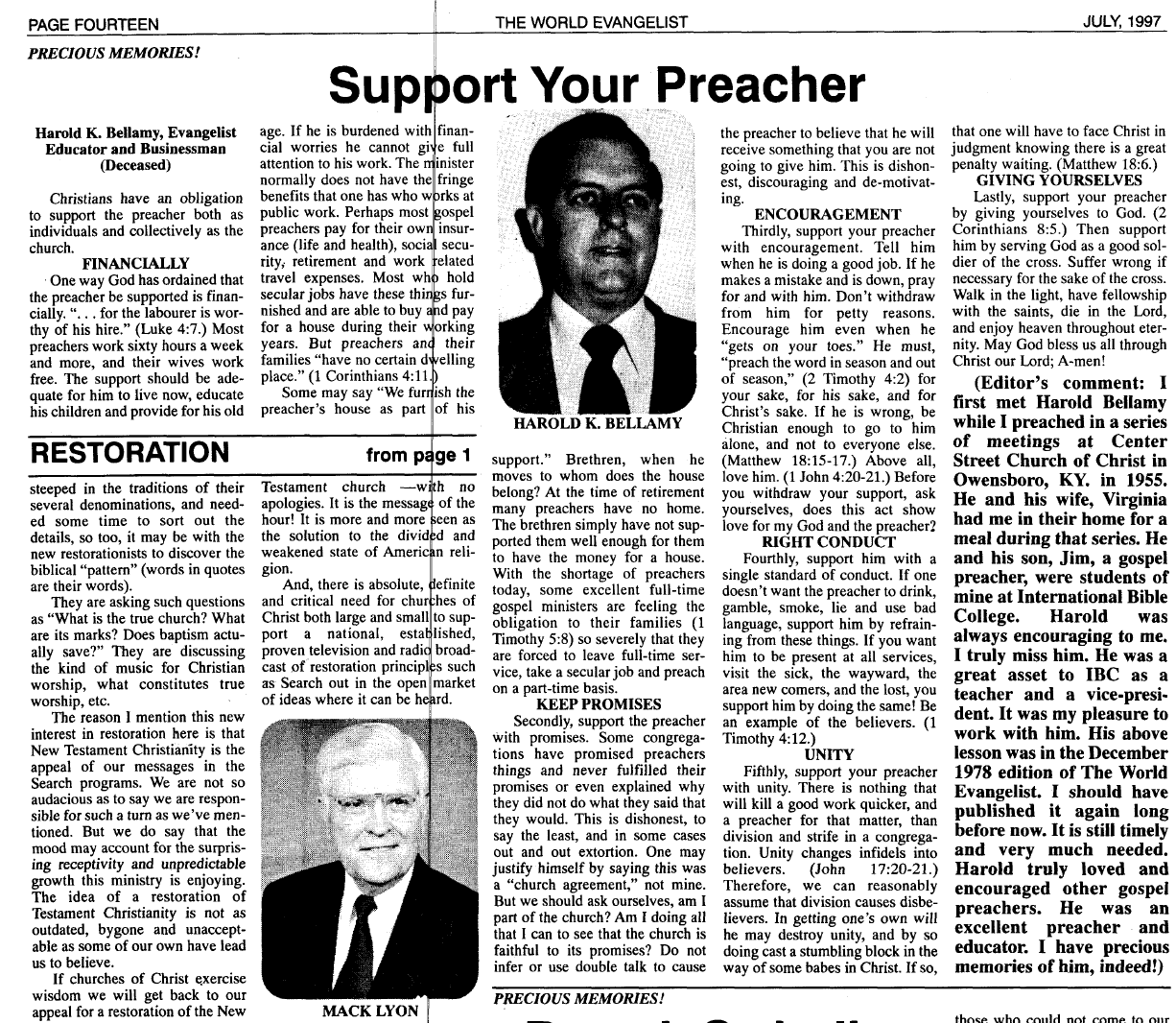 The Kelly Cemetery in Ohio County, Kentucky is near Fordsville. Head west of town on Hwy. 54 and turn left on Sunnydale Rd. The cemetery is out less than a mile on the left. 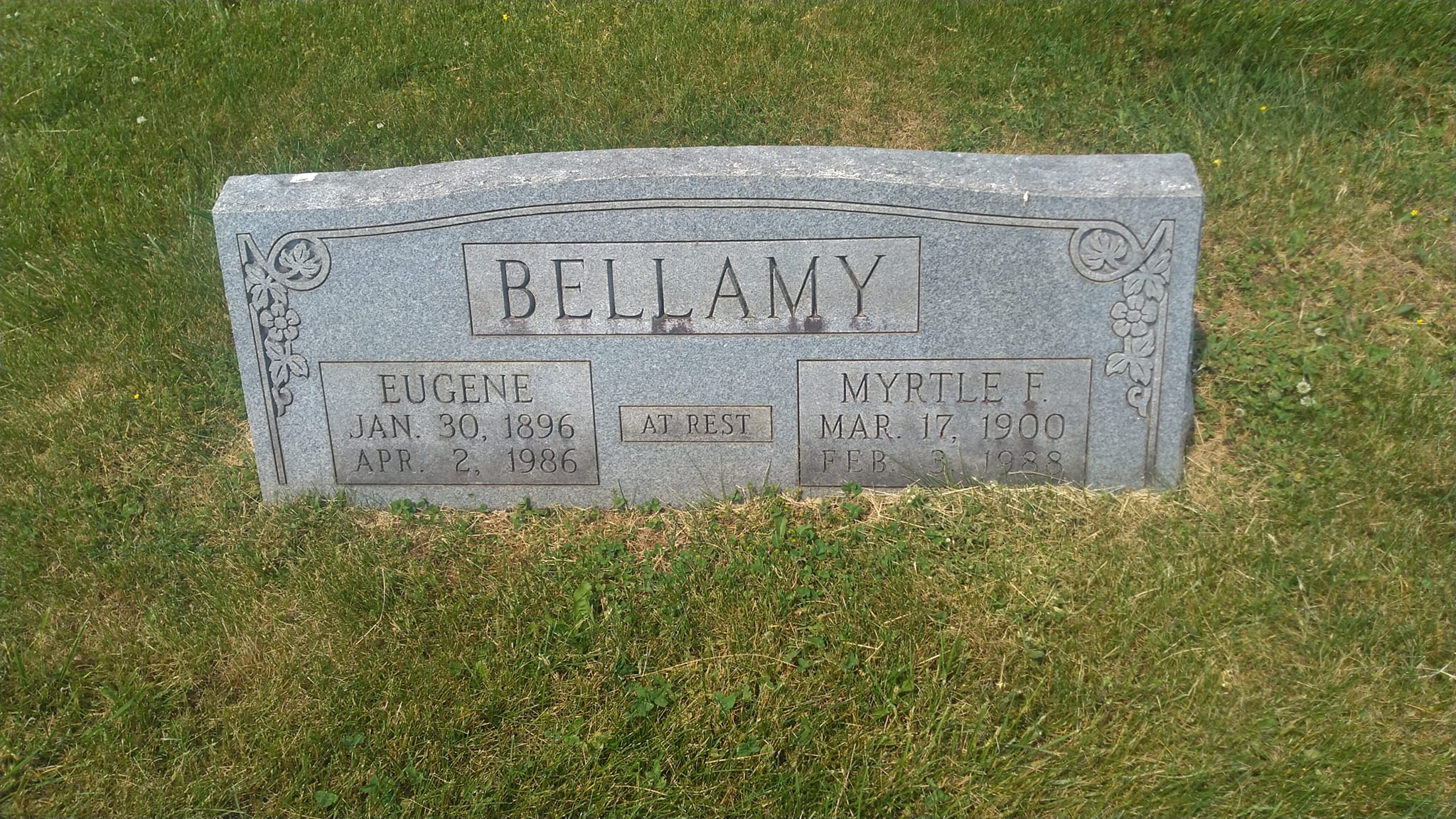 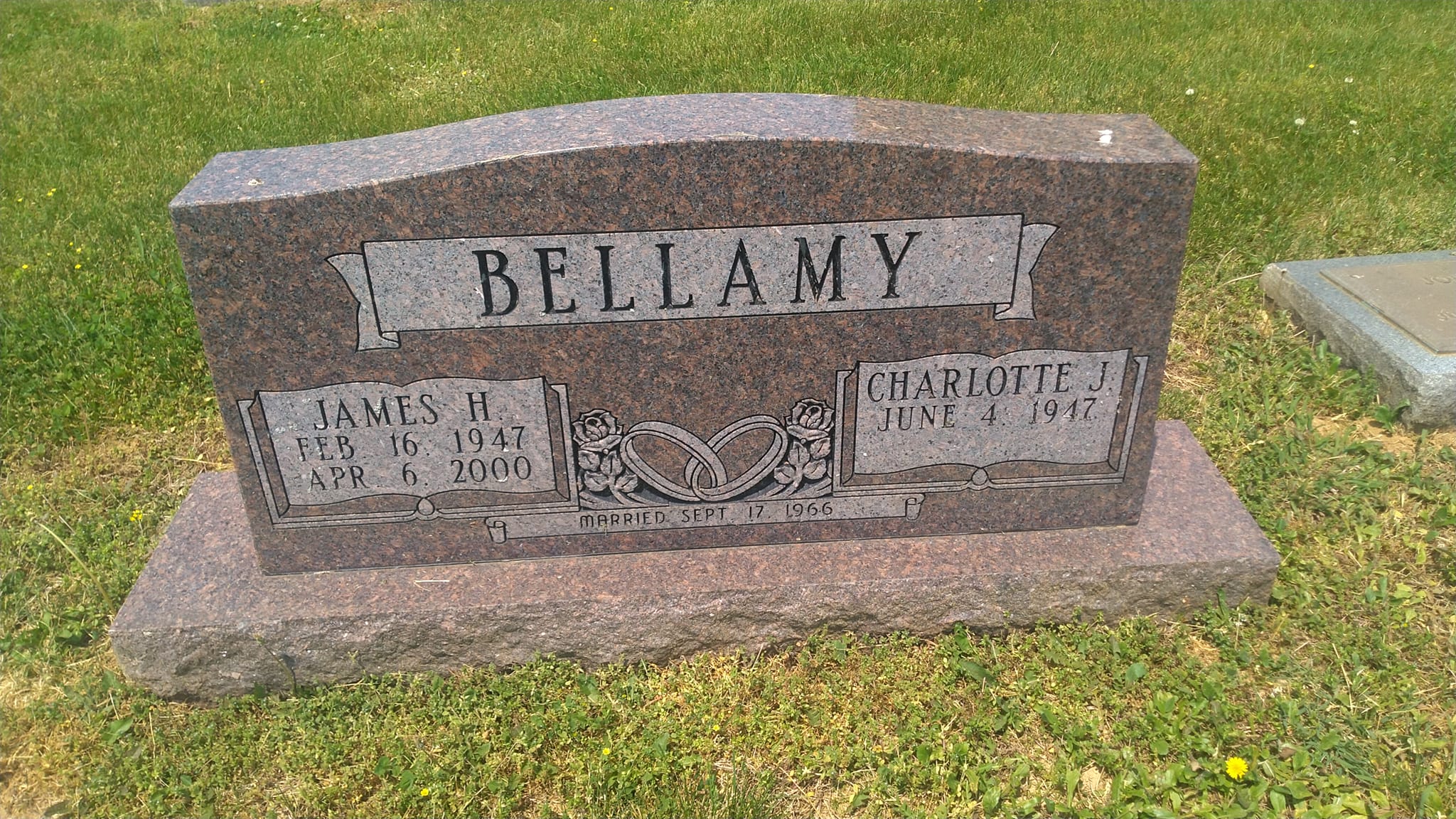 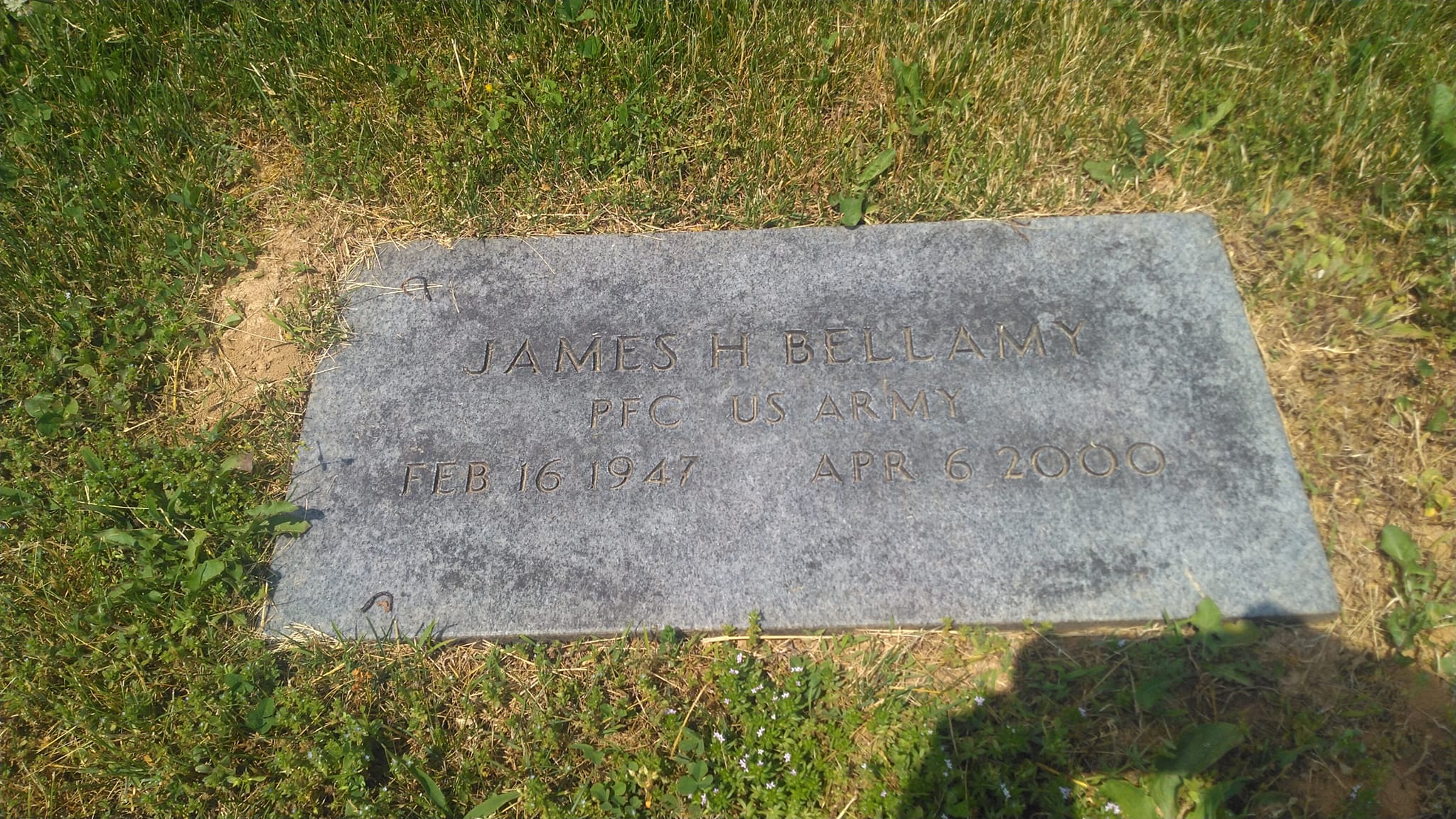 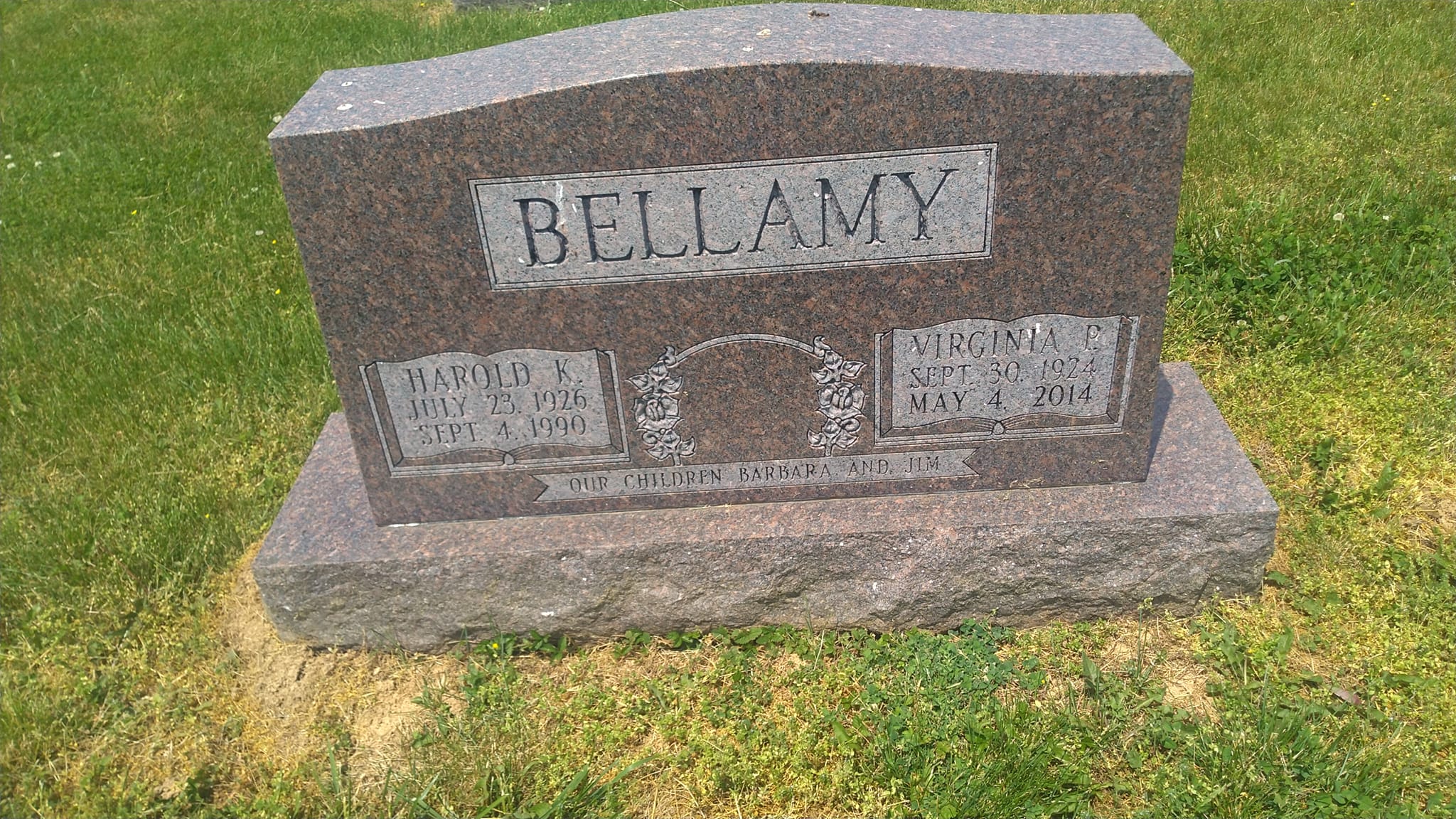 Special Recognition: Thanks to Terry Gillim for locating and photographing the gravesites of the Bellamy family. He knew the Bellamy family personally. Harold and his son Jim were great encouragers in Terry's development as a preacher. Terry preached Virginia Bellamy's funeral, and maintained his close relationship to the family over the years.