Remembering The Life Of Everett Donaldson 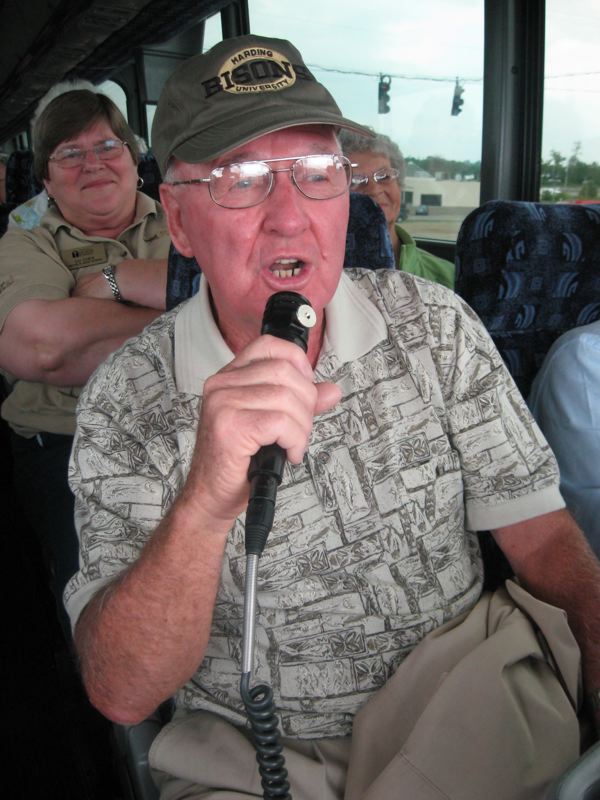 Everett Donaldson, beloved member of the Rolling Hills church of Christ of Mt. Sterling, KY, died unexpectedly on June 9 in his home.  He was 79 years old.

Everett effectively served and represented Christ as a public school history teacher and principal for 33 years.  During those years he was also very busy in the Lord's kingdom serving as a pulpit preacher first in Kingman, KS and intermittently for the Queen Street congregation (now known as Rolling Hills) in his hometown of Mt. Sterling. Bro. Donaldson also served this congregation as an elder for 16 years displaying both godly wisdom and compassion.  He was a devoted student of the Bible and an excellent teacher offering spiritual depth, practical application, and quality presentation each time he stood before an audience.

Brother Donaldson's love of history and the church led him to research and write two quality books:  Raccoon John Smith:  Frontiersman and Reformer and The Legacy of Raccoon John Smith.  Each year he shared his extensive knowledge regarding the Restoration Movement in Central Kentucky as a tour guide for the Cane Ridge Lectureship in Lexington, KY. The 2009 Lectureship was dedicated to his memory.

Everett also served in the Lord's church through Christian camping having served as a director at Silver Maple Camp while in Kansas and influencing the building and operation of Rolling Hills Bible Camp in Mt. Sterling, KY. In his retirement years, he spent half the year in Osteen, FL where he worshipped and worked with the Delton church of Christ. He also made four mission trips Syktyvkar, Russia and Guyana, South America where he taught extensively and encouraged the church.  His last contribution to mission work was made just days before his death with a contribution supporting a mission trip to Honduras.

Everett Donaldson remained very active in the life of the church as a teacher, song leader, visitor of the sick, and constant encourager.  He was truly a man of God who touched the lives of many.  He was a man who did all things well and gave God the glory. 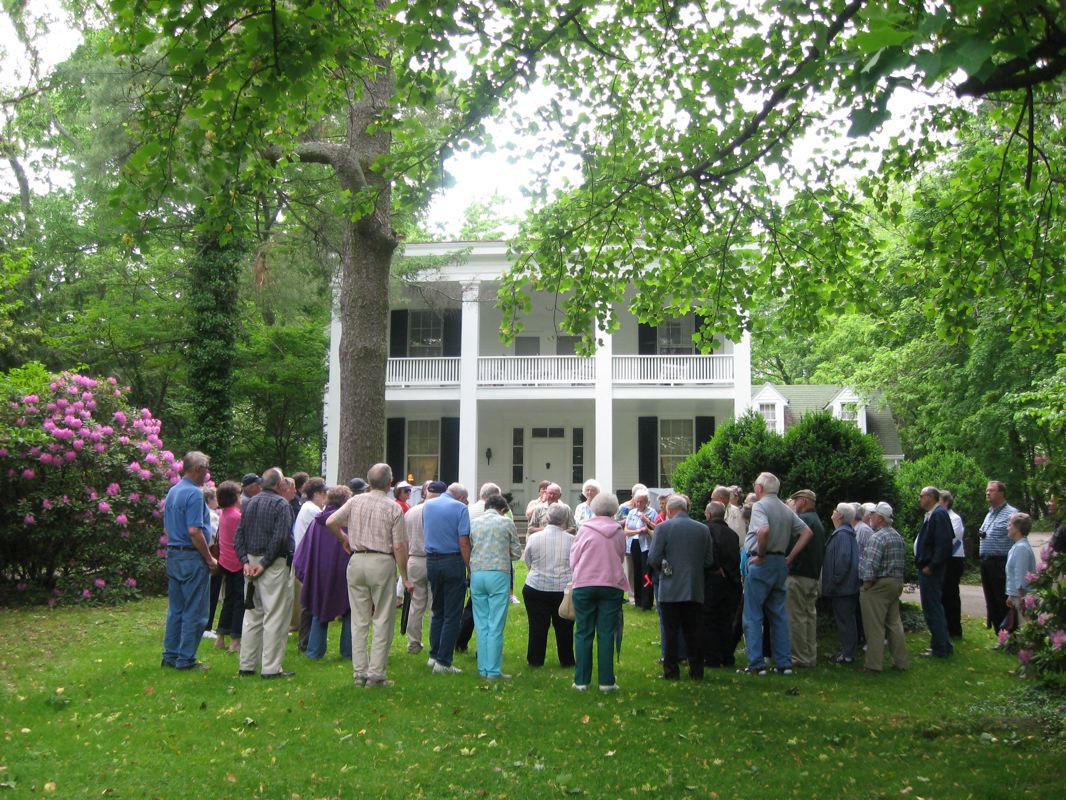 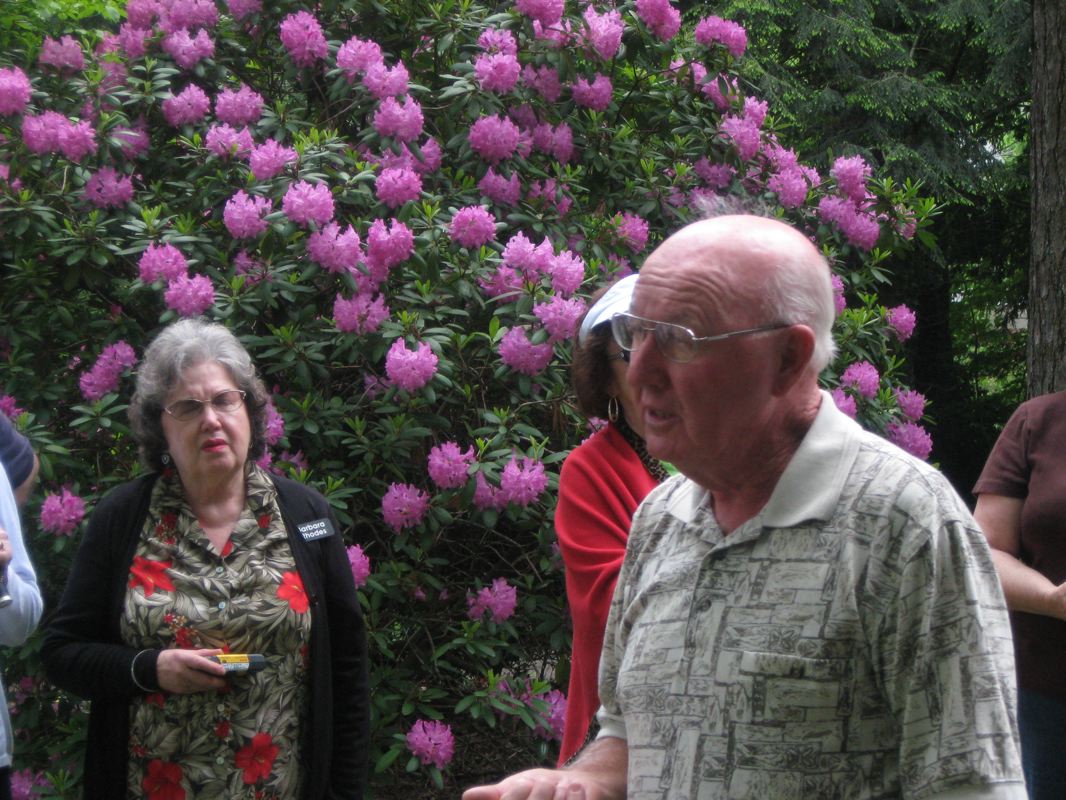 Everett Donaldson "In His Element." There Was Nothing He Loved More Than Telling People About The Restoration Movement 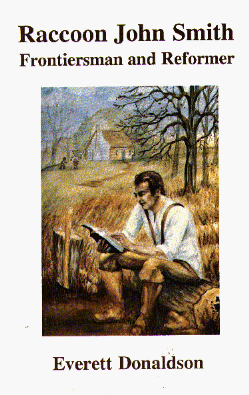 MT STERLING - Everett Clay Donaldson, 79, of Club House Lane passed away Tue, June 9, 2009 at his residence. He was born in Bath County, KY on March 29, 1930 to the union of Clyde and Martha Gilvin Donaldson. He was a Church of Christ minister, a retired school administrator, a missionary, and an author. He was a member of the Rolling Hills Church of Christ where currently served as a Bible teacher, and formerly served as minister and elder. He loved mission work, both at home and abroad, having served in Russia and Guyana. His research on the Restoration Movement inspired him to author two books, Raccoon John Smith: Frontiersman and Reformer and The Legacy of Raccoon John Smith. He was a former history teacher at Montgomery County High school, Asst. Principal at Montgomery County High School, and Principal at Camargo Elementary, Miller Middle School, and McNabb Middle School, and upon retirement worked as a consultant for the Department of Education. He also served as Past President of the Rotary Club. He is survived by his wife, Temple Cope Donaldson of Mt. Sterling: two sons, Greg Donaldson of Georgetown, KY and Philip ( Elizabeth) Donaldson of Grandview, TX: two daughters, Lesa (Mark) Dale of Ft. Worth, TX and Ann (Roger) Rockhold of Oklahoma City, OK; four sisters, Deloris (George) Rogers of Paris, KY, Elma "Tibby" (Bob) Beck of Lexington, KY, Betty Collins of Mt. Sterling, and Carolyn (Larry) Keath of Mt. Sterling: two sisters-in-law, Faye Donaldson of Mt. Sterling and Eunice Benson of Dayton, OH; and two brothers-in-law Owen (Ruth) cope of Middletown, OH and Charles (Wilma) Cope of Winchester, KY. Seven grandchildren and three great grandchildren also survive. He was preceded in death by his first wife, Ina Mathews Donaldson and a brother, Frank Donaldson. Funeral services will be 11am Fri, June 12, 2009 at the Rolling Hills Church of Christ, burial will follow in the Machpelah Cemetery. Friends may visit Thu afternoon and evening from 4-9pm at the Taul Funeral Home and 9-11am Fri at the Rolling Hills Church. Your condolence may be expressed with floral arrangements or contributions to the Rolling Hills Church of Christ Building Fund or Mission Work.

Directions To The Grave of Everett Donaldson

Everett Donaldson is buried in the Machpelah Cemetery in Mount Sterling, Montgomery County, Kentucky. Located east of the city of Lexington, travel east on I-64. Take Exit 110 in Mt. Sterling and head south on Hwy 11/460 -Maysville Road. Coming into town, cross Main St. and turn left at the next light on E. Locust Street/Hwy.713. You will come to the cemetery on the right and left. Enter the cemetery to the right and head toward the rear. The Donaldson plot is in the Southeast Corner Section. See Satellite view below for specific location in Section 7. The exact location of the grave is: 38°03'16.8"N 83°55'47.2"W / or D.d. 38.054653, -83.929772 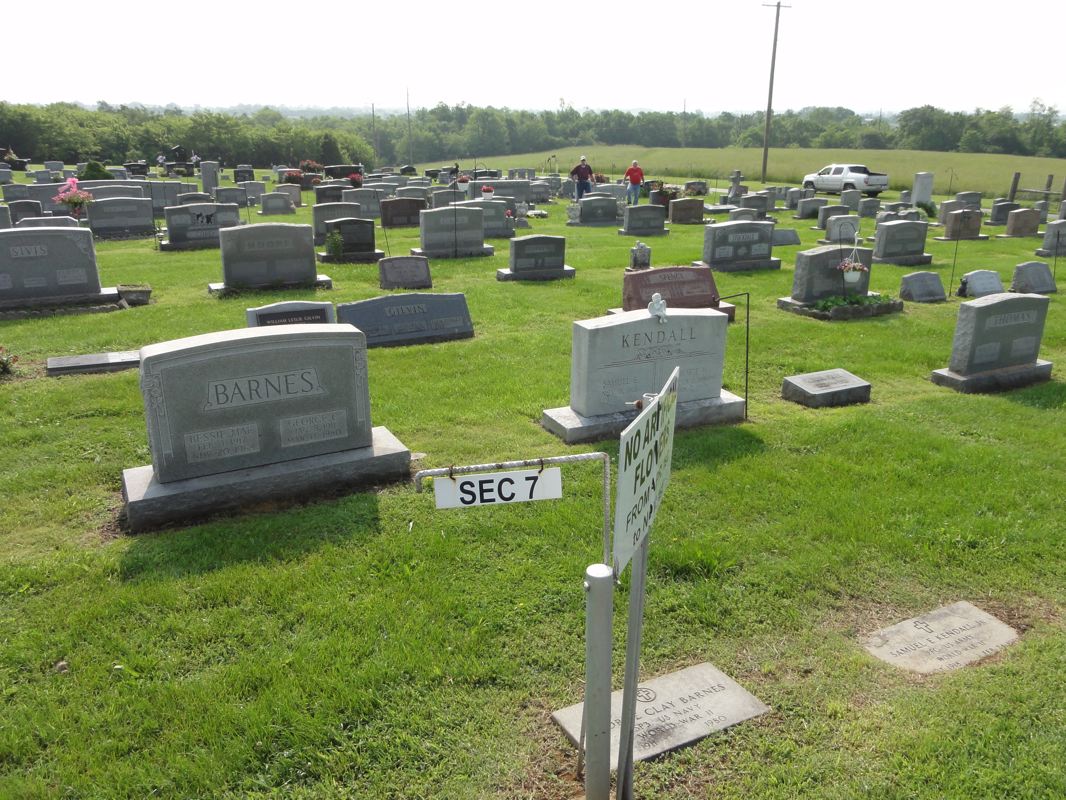 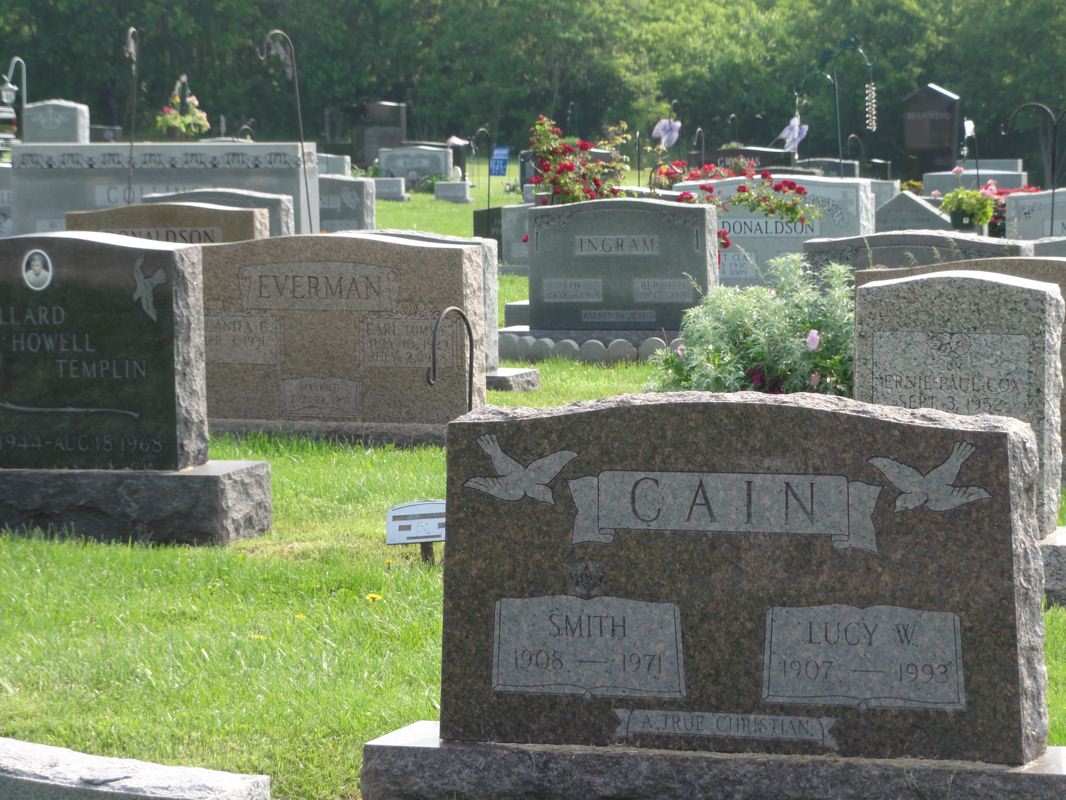 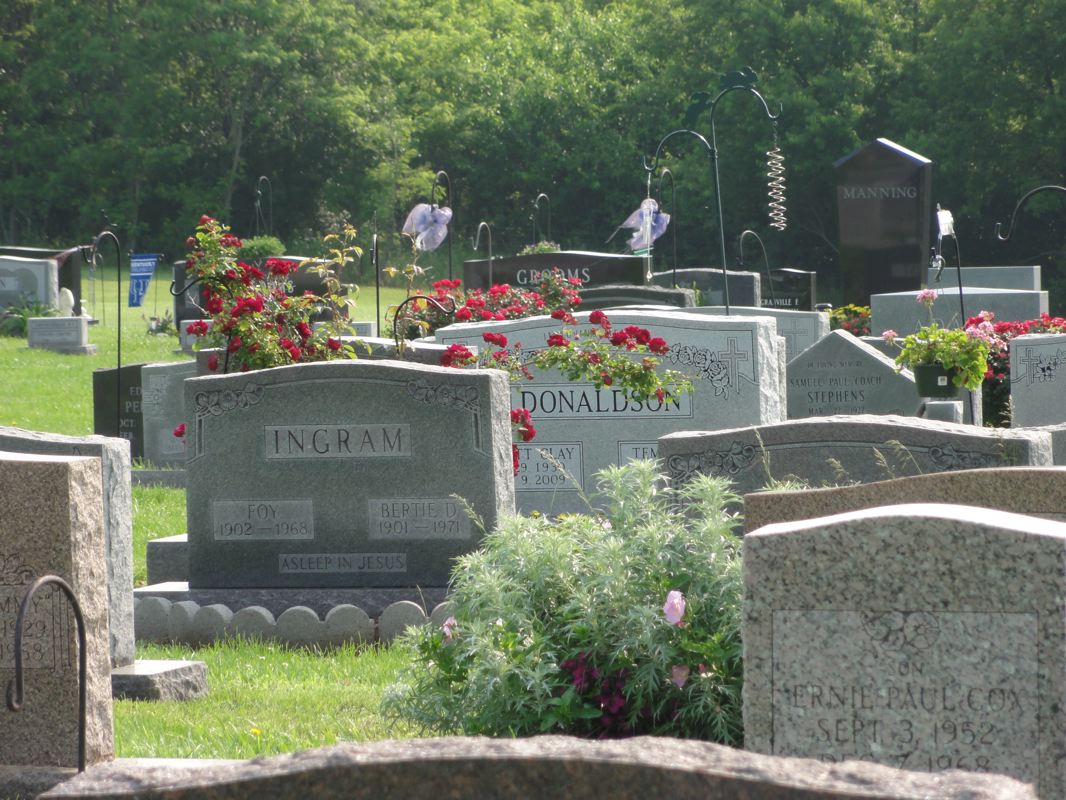 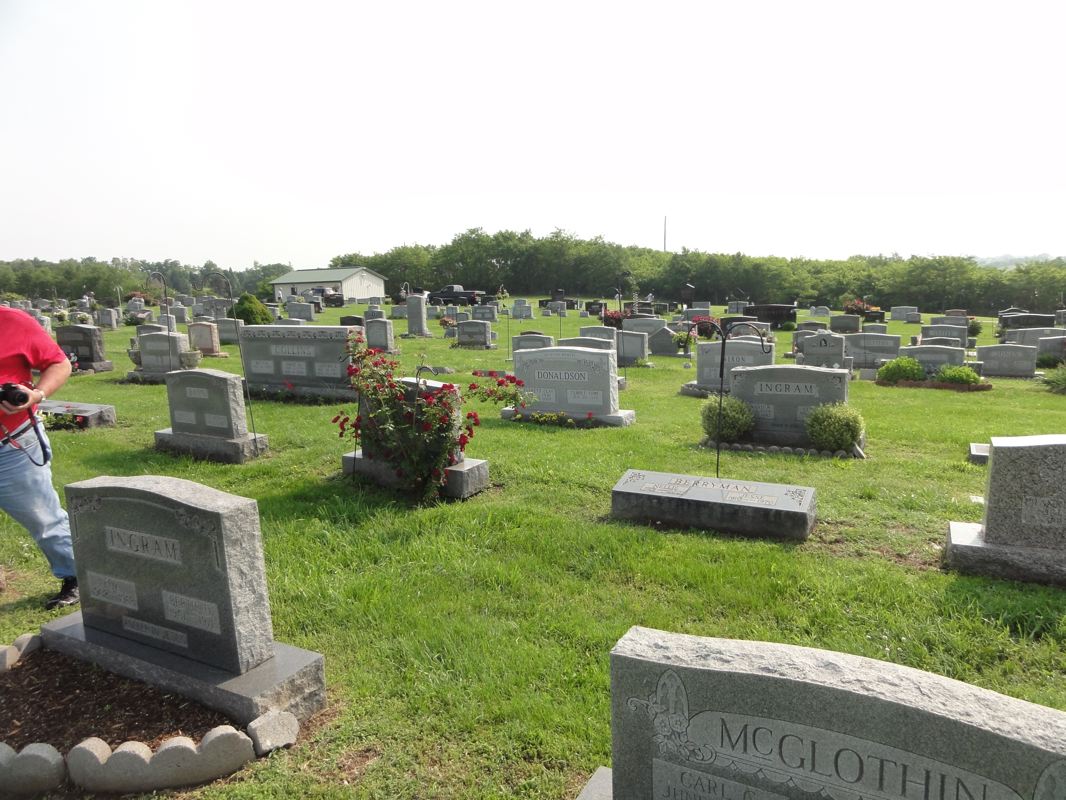 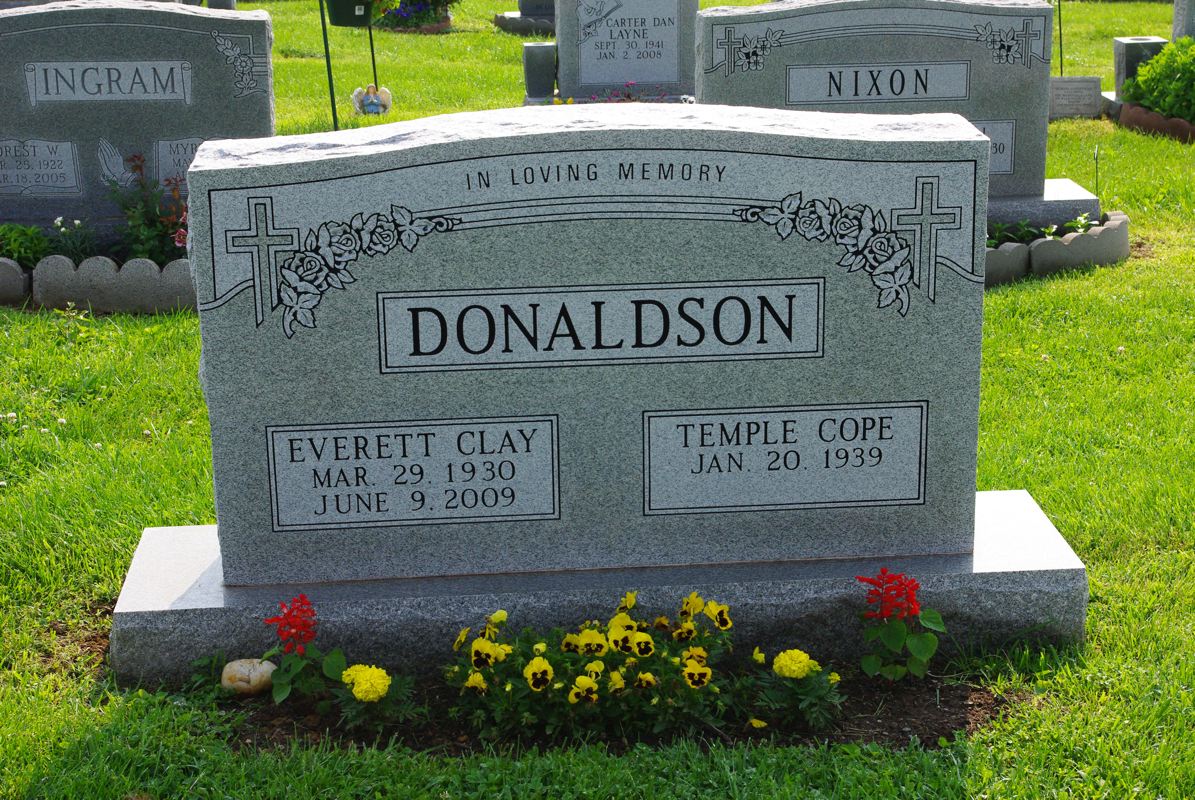 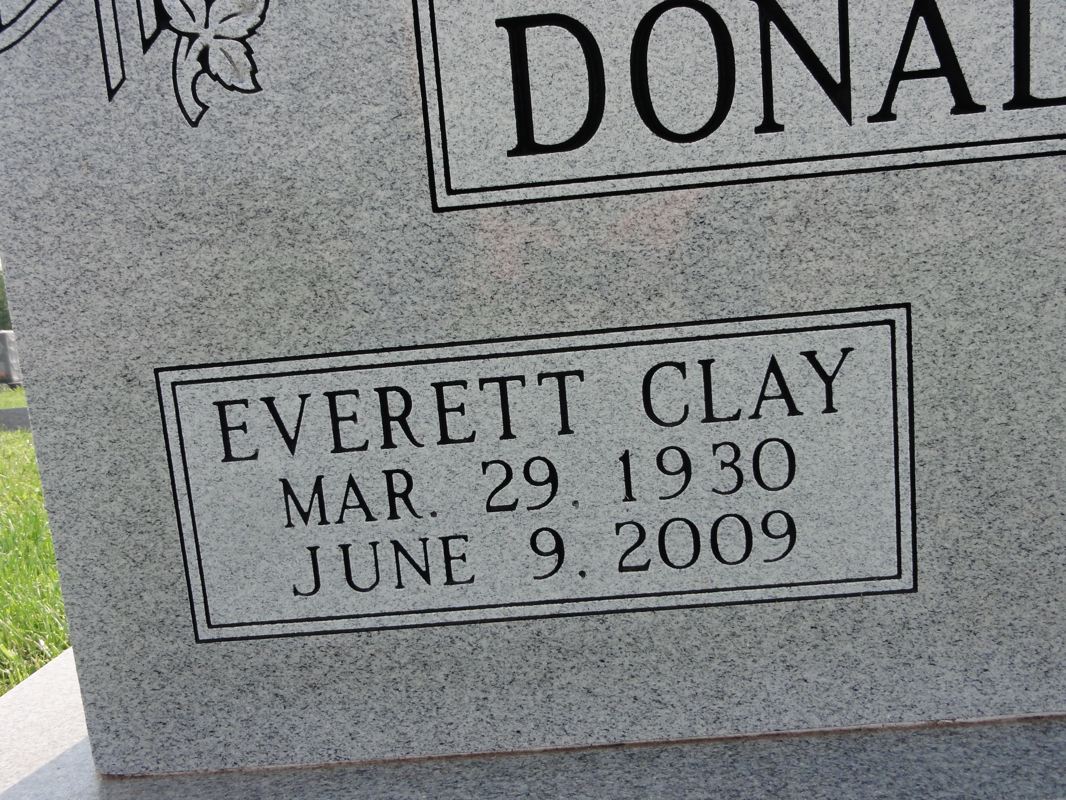 Special Thanks to Tom L. Childers and C. Wayne Kilpatrick for assisting in the locating of the grave of Everett Donaldson. In May, 2011, these men traveled with your web editor to search for graves in Kentucky. This grave was not on the list, but was discovered during our research.