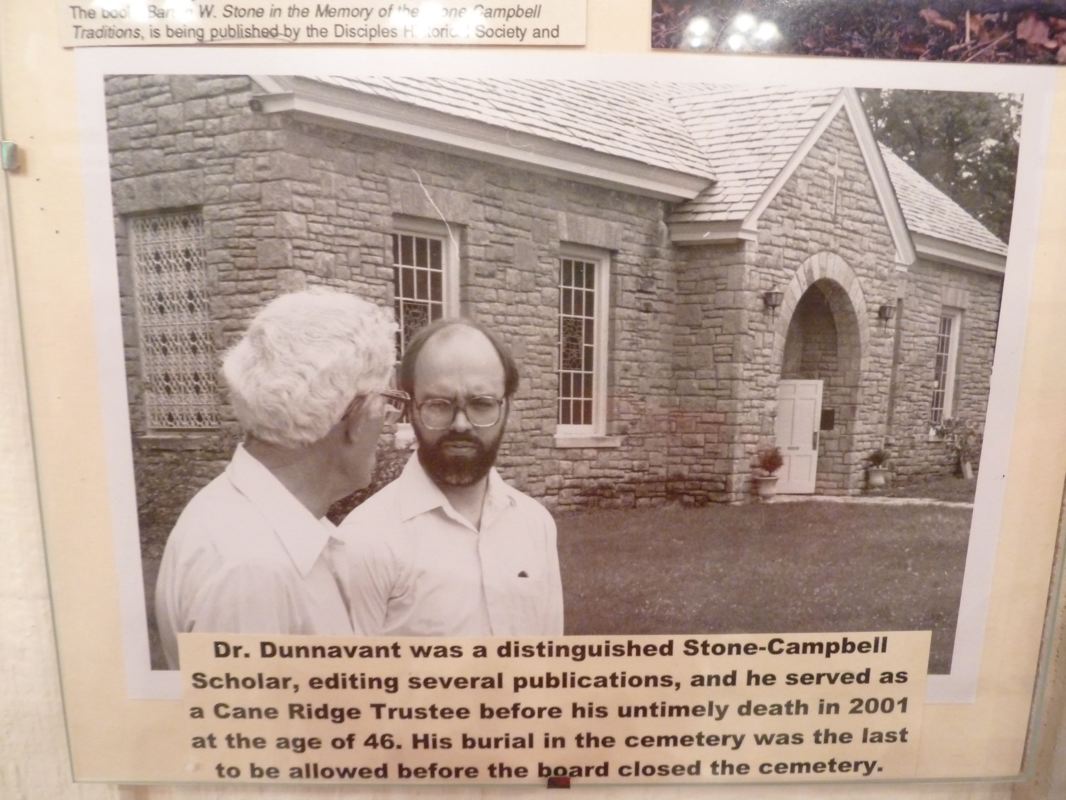 Photo of Dr. Dunnavant with the Curator
Taken from a photo now on display in the museum

Reflecting on Dunnavant's life and ministry, LTS President Richard L. Harrison, Jr., said, "Anthony Dunnavant was an outstanding teacher and historian of Christianity. He was a lover of the church and was profoundly committed to ministry. His leadership as a scholar and as an advocate of Christian unity has been appreciated world wide.

"This is a terrible loss to Lexington Theological Seminary as well as to the church at large and higher education. Rarely have I encountered a person so universally beloved."

Dunnavant joined the seminary faculty in 1987 and was named dean in March 1998.

A noted church historian, Professor Dunnavant's research and writing centered on theology and church life of the Christian Church (Disciples of Christ). He was the author of Central Christian Church: 175 Years in Lexington, Kentucky (1991), Restructure (1993), and Backgrounds for Congregational Portraits (1994). He was the editor of Cane Ridge in Context (1992) and Poverty and Ecclesiology (1992) and co-editor with President Harrison of Explorations in the Stone-Campbell Tradition and (with James O. Duke, 1997) Christian Faith Seeking Historical Understanding.

Dunnavant was an active member of Central Christian Church, Lexington.

A native of Maryland, Dunnavant grew up in Washington, D.C., and Fairmont, W. Va. He held degrees from Fairmont (W.Va.) State College, West Virginia University, and three degrees from Vanderbilt University, Nashville, Tenn. He was an ordained minister of the Christian Church (Disciples of Christ).

Directions To The Grave of A.L. Dunnavant

Cane Ridge is located north of Paris, Kentucky. If you are on Hwy 68 north of Lexington you can either go through downtown Paris and turn right on Co. 460 or go around Paris on 68 and turn right toward Paris (north of town) and then back to the left on Co. 460. Go a couple of miles and turn left on C0. 537. Go 4 or 5 miles and the Meetinghouse is on the left. 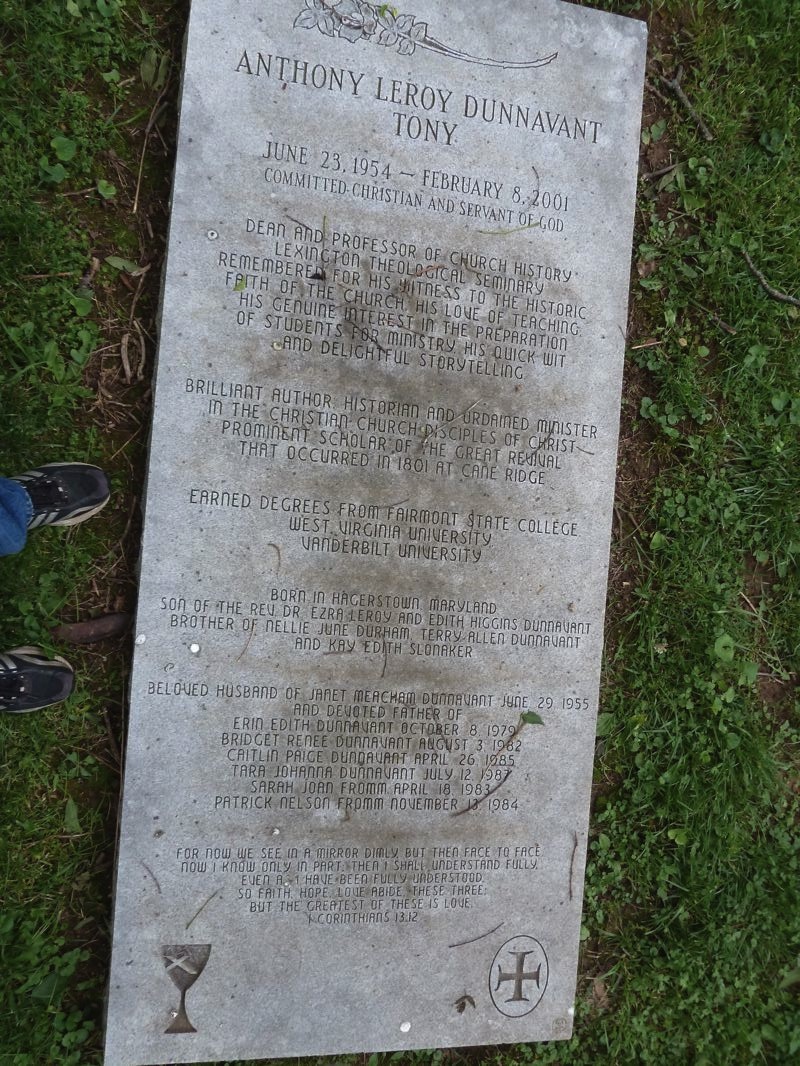 Dean and professor of Church History
Lexington Theological Seminary
Remembered for his witness to the historic
faith of the church, his love of teaching
his genuine interest in the preparation
of students for ministry his quick wit
and delightful storytelling.

Brilliant Author, Historian, And Ordained Minister
in the Christian Church Disciples Of Christ
Prominent Scholar of the Great Revival
that Occurred in 1801 at Cane Ridge

For now we see in a mirror dimly, but then face to face.
Now I know only in part, then shall I understand fully,
even as I am fully understood
So faith, hope, love, abide these three,
But the greatest of these is love.
1 Corinthians 13:12

Special Thanks to C. Wayne Kilpatrick and Tom L. Childers who assisted in the taking of the photos on this page.
Together they traveled with your webeditor in May, 2011 to the locations of historical note in the Restoration Movement.