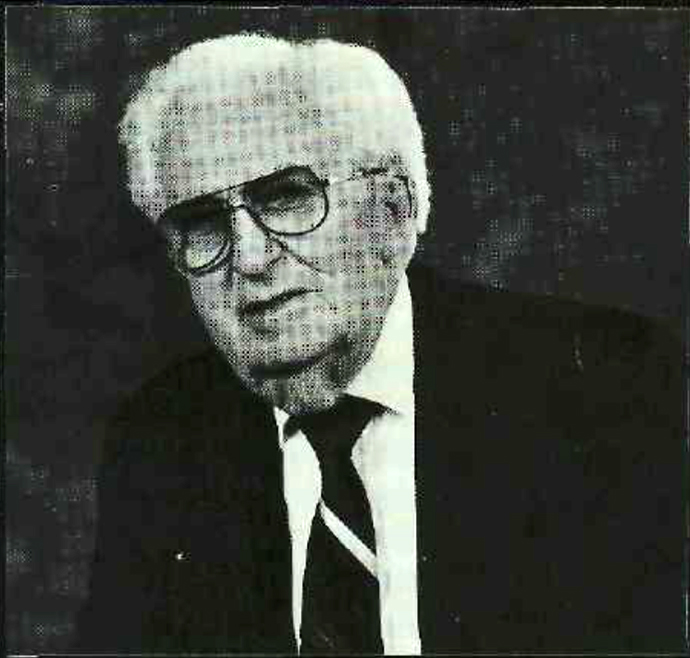 Brother A. C. Grider passed from this life on Saturday morning, September 15, 1990. He was anative of the Bluegrass State, born in Creelsboro, Kentucky on January 15, 1912. His funeral service was conducted in the building of the Expressway church of Christ on Tuesday, September18, 1990 at 11:00 a.m. by J.T. Smith and Connie W. Adams. His body was laid to rest in the HebronCemetery in Bullitt County, Kentucky with this writer conducting the graveside service. We expressour sympathy to his good wife, Hallie; to his daughter Jane and her husband, Lee Ashbrook (an elder of the Manslick Road church), and to his two grand-daughters, Kelly and Melody.

No preacher of the gospel has had a greater impact on the direction that churches of Christ in Kentucky would take in the latter half of this century than has brother A.C. Grider. He began workwith the Preston Highway church of Christ in Louisville on the first Sunday of September 1956, and preached his last sermon there on October 28, 1962. He labored with this church seventy-four months and when he left it was his own choice the elders invited him to stay. This was a period of time when the institutional-minded brethren were making their bid to take the churches of the Bluegrass state. Brother Grider was determined that this would not happen. He used every means athis disposal to alert brethren across the state (and especially in the Louisville area) to what was happening. The Preston Highway church had a radio program on WAKY on Sunday mornings which could be heard all over the Louisville area and a good distance down in the state. He usedthis program to expose institutionalism, the sponsoring church and those who promoted them. The Preston Highway church also had a weekly bulletin called The Reporter. With his powerful pen he exposed the institutional movement - week in and week out. He did not hestiate to name those who were teaching error, from the "least" to the "greatest."

Brother Grider challenged the "best" that the institutional-minded brethren had for debate. During this period he met W.L. Totty at Corbin, Kentucky. In 1961 he met Guy N. Woods in Louisville.The debate with Guy N. Woods was held July 10-14 in Gottschaulk Junior High School on Taylor Boulevard. These five nights were all Guy N. Woods ever wanted of A.C. Grider! Brother Grider had James 1:27 diagrammed on a chart showing that the passage is individual in its application, and brother Woods could not answer it! The brethren in this area could see the error of the institutional position and the majority of the churches took a firm stand in opposition to it.

Without the work of A.C. Grider in this state during the fifties and sixties, there would not have been the turning back to the truth from the institutional movement that was seen. God in hisprovidence had raised up a man who was uniquely fitted for this work. He was pure in life, hadgreat faith and courage, and feared no man! He was not concerned with making money, but wanted to see souls saved from hell and the truth of God prevail over the doctrines of men. His preaching was plain and to the point: there was no guessing as to where he stood on any issue.

He hated every false way (Psa. 119:104) and fought all kinds of error in debate. He had around forty debates in his lifetime. He was also one of the most effective radio preachers during the last half of the twentieth century. There is no way of knowing the hundreds of people who have have been converted to the truth by his radio work - only eternity can tell! He worked with local churches in many states including Alabama, Georgia, Indiana, Kentucky, Mississippi, Tennessee, Texas and maybe some that I don't know about. Although "retired," he was preaching twice each Lord's day (when not away in gospel meetings) for the church in Charlestown, Indiana. He had preached on Sunday before he became ill on Monday.

Brother Connie Adams said that brother Grider was a "legend in his own time," and indeed this was true. He was a "spiffy" dresser with beautiful white hair. He was a man of good humor whocould keep you entertained with his stories - many of them his own experiences, but he never told anything that was off color. He was indeed a dignified gentleman who loved God, Jesus Christ and his church and the truth supremely. He was also a good family man: his love for his family was evident.

I had known brother Grider for around thirty years. Although not close, we were friends. I loved and respected him for his great work in the Kingdom of God. I believe he loved and respected me. He was unique and will not soon be forgotten. "Grider stories" will be told to generations not yet born if the world stands. I thank God that I knew such a man: we will miss him. It was a great honor and privilege to be asked to have the graveside service for, this great man of God. Brethren, we must never forget the truths for which he fought!

South of Louisville, Kentucky, take I-65 to the town of Brooks. Take exit to John Harper Hwy./ Hwy. 1526 to the east. Cross N. Preston Hwy., and take the next right on Lodie Drive. Enter the Hebron Cemetery on the left. Go to the fourth right turn and stop the car. Look to your left. The Grider Family plot is in the section to the left. 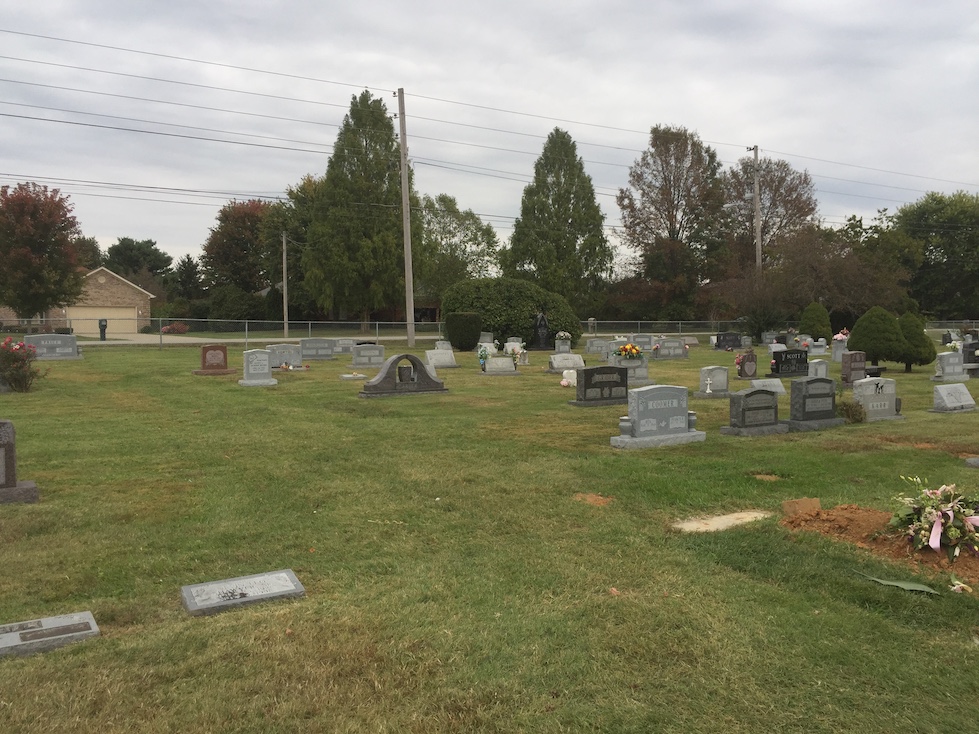 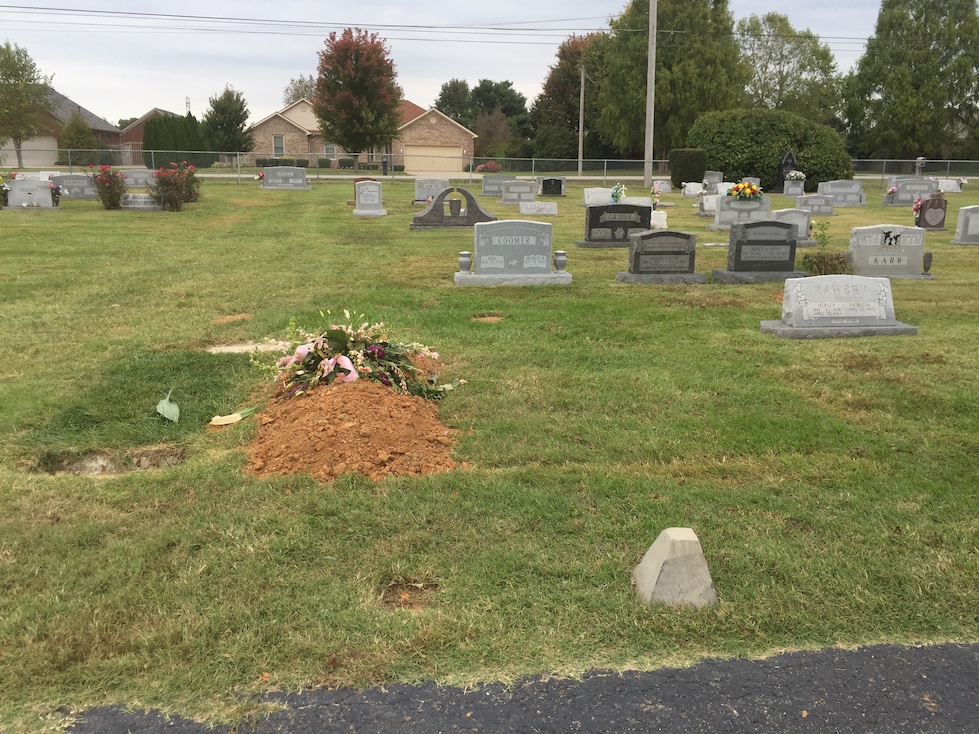 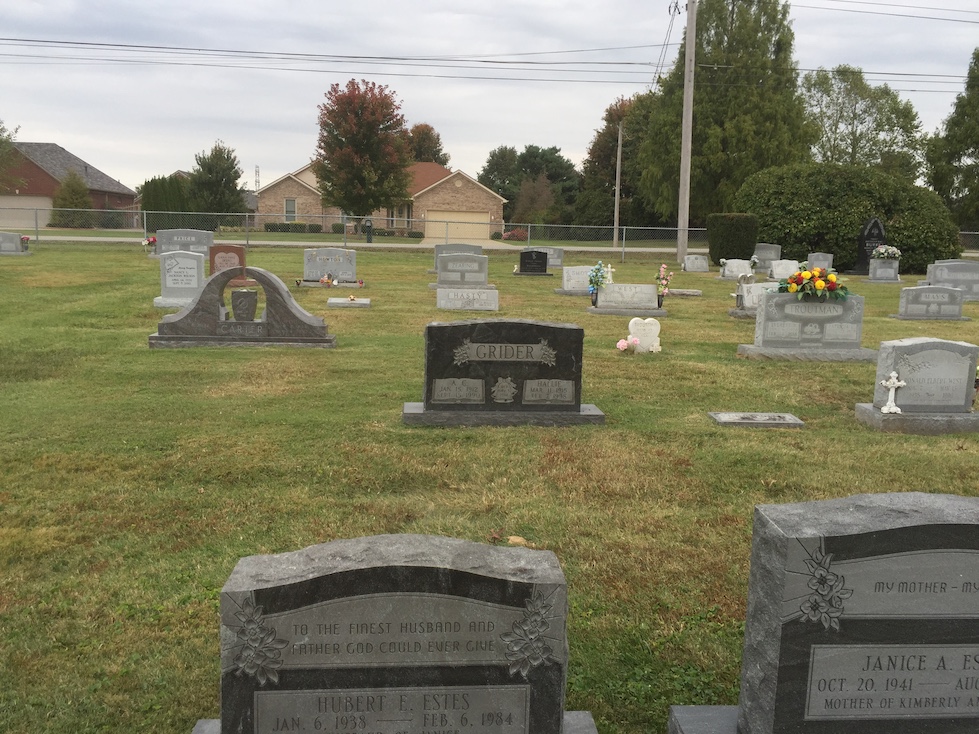 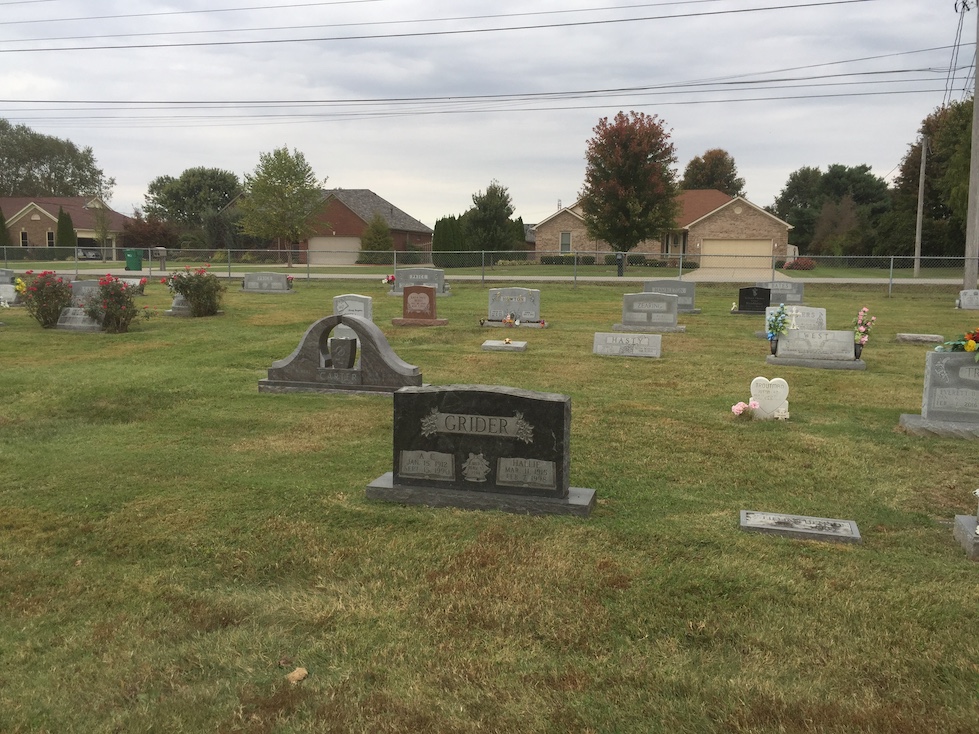 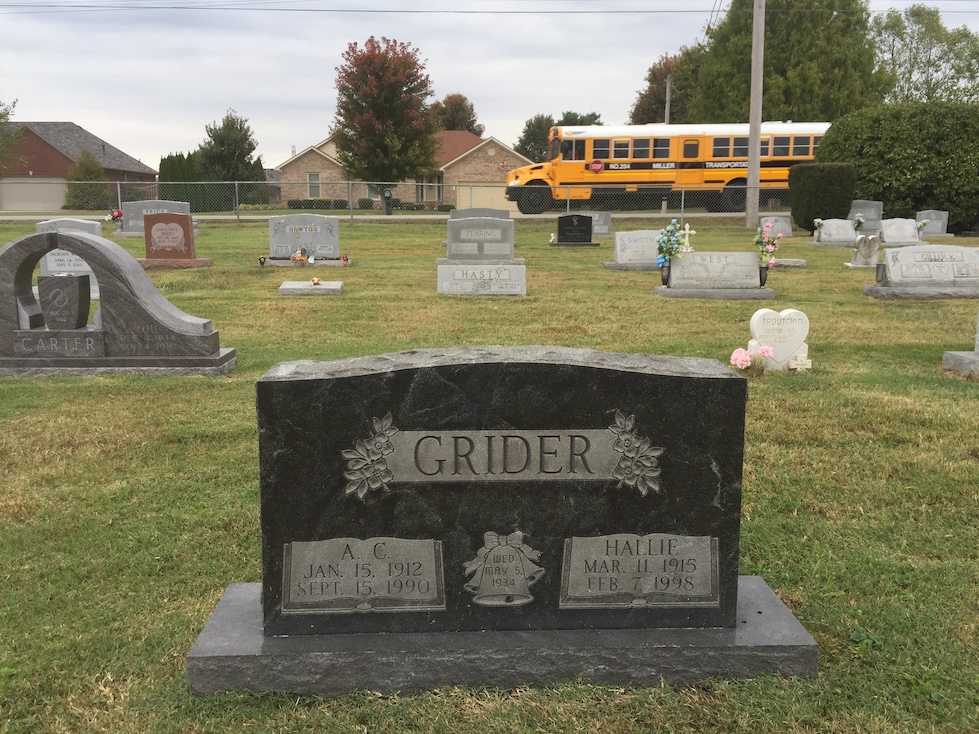 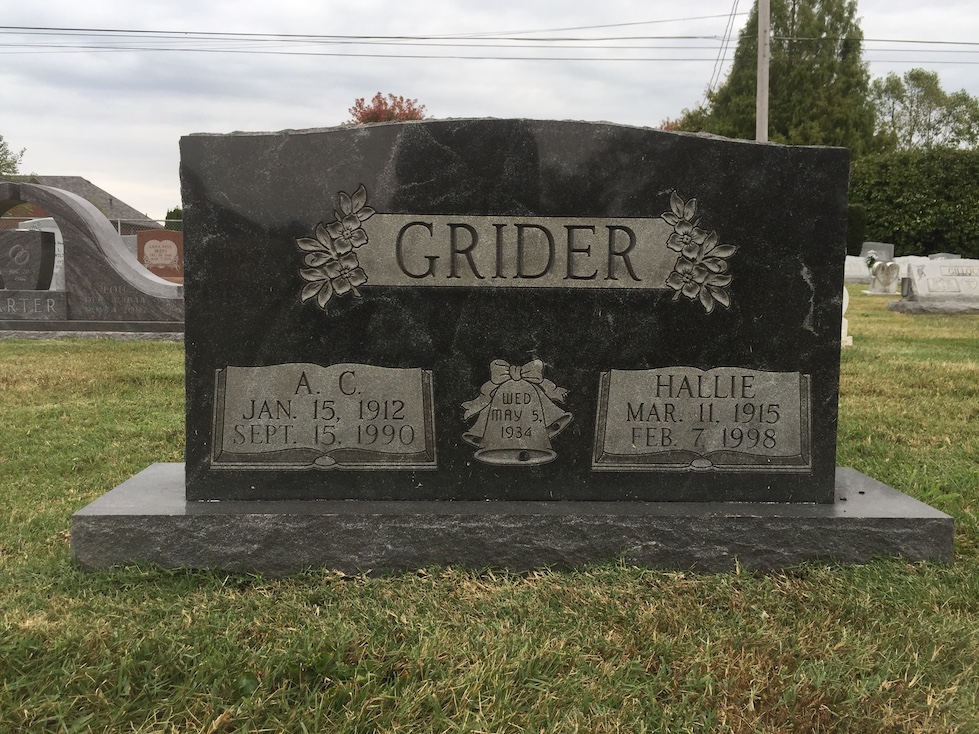