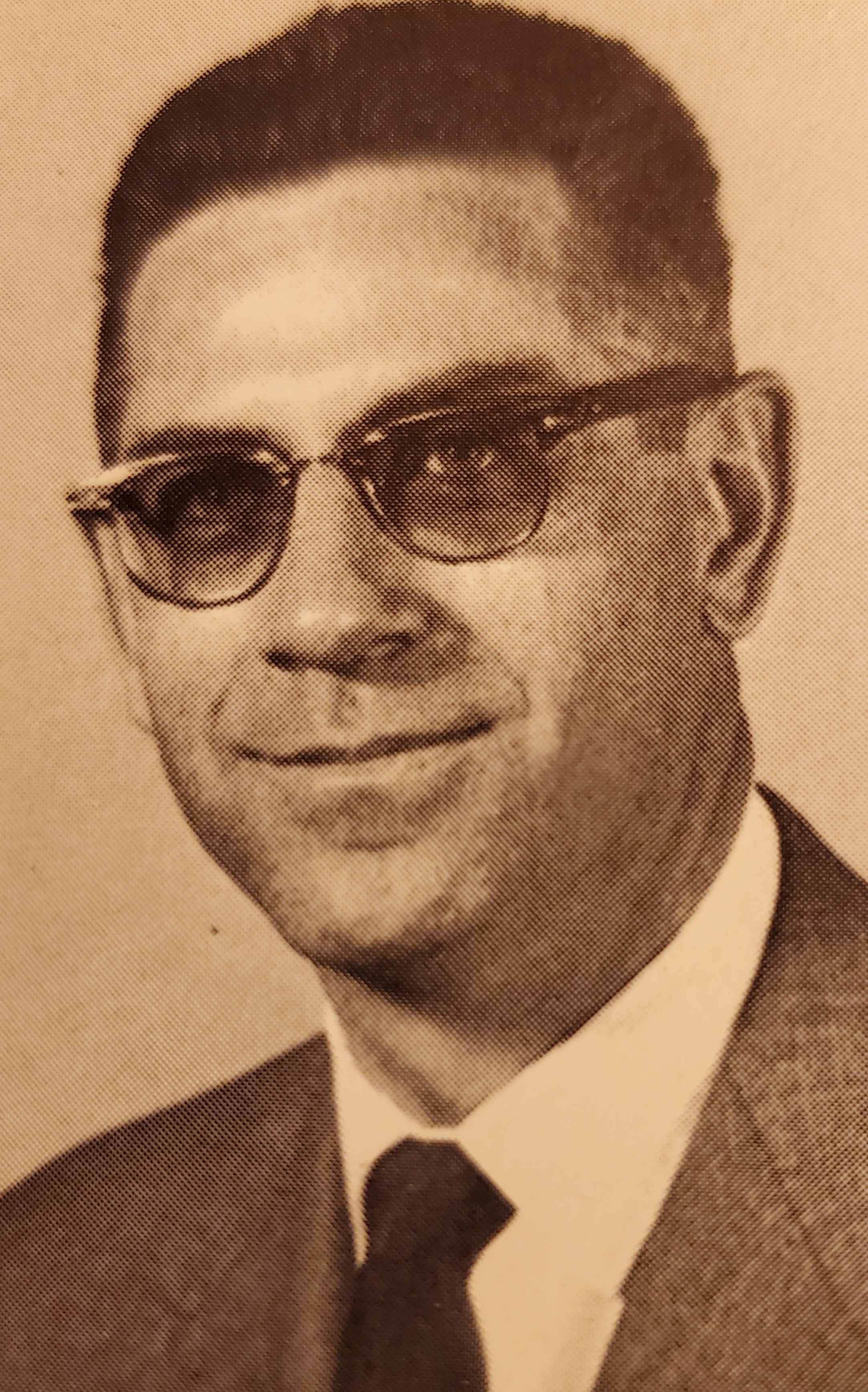 The story is told of a well-known preacher who was given a flowery introduction. Several times the man introducing him called him "a great man of God." When the preacher finally got up to speak, he said, "You would be far more accurate if you rearranged your words. You should say I'm 'a man with a great God.'" Gordon Linscott, former editor of this magazine, would say amen to that. He was always eager to exalt his Lord and tell others of His wonderful love. He lived in an attitude of worship (see his article following this).

Gordon attended one of the more legalistic Church of Christ colleges. He got the impression that preachers had a better chance of reaching heaven than non-preachers did, and that missionaries had an even greater chance! So he became a missionary, though achieving salvation was not his only motive, no doubt. He and Ruth, whom he met and married in college, spent three and a half years in Italy. It was there that he came to appreciate salvation by grace. The realization stunned him: we are saved not by our work for Christ but by His work for us—at Calvary. He was never the same after that. Amazing grace became one of the major strands of his preaching and teaching. Out of his own experience he warned others not to place confidence on their orthodoxy, zeal, service or sacrifice, but on Christ alone. (It is interesting how his experience along this line was very similar to that of Martin Luther, John Wesley and Carl Ketcherside. I wonder if they've been comparing notes up in the Glory!)

Gordon was a man of many and great capabilities. He preached for various congregations, including the Mount Auburn Church in Dallas and the Fisherville Church near Louisville. He worked for radio stations, including Dan Richardson's WAY Radio in Jacksonville, Florida. He taught several different subjects, all with excellence, at Portland Christian High School, where he wielded a great influence for Christ in the lives of students. He later taught and was a counselor in public schools in Louisville, feeling the Lord wanted him to shine in the darkness of that secular environment. And at the same time he edited Word and Work from 1962-75, writing many fine articles on the grace of God, the enabling power of "Christ in you," holiness, fellowship and unity in Christ, "mutual edification," the authority of God's word, and other important, topics.

He was bold in speaking out where he believed the Lord's will was clear, yet he was loving and gentle, not flashy. Someone recently commented, "Gordon did a lot of good to a lot of people in a lot of places, quietly." How true.

Gordon had Parkinson's Disease for the last twenty-seven years of his life, and it was terribly difficult to see its growing effects on his body and mind. But the next time we see him, ah—what a difference! His mind will be razor sharp again, his step firm, his body vigorous, his smile radiant... as before, but even more. Hasten that Day,' Lord Jesus! Till then, may God's grace sustain Ruth (they were married almost forty-eight years), and their children Dora and Carlo. And may the memory of our brother continue to cheer and challenge all of us who knew him. He was indeed a man with a great God and it showed. 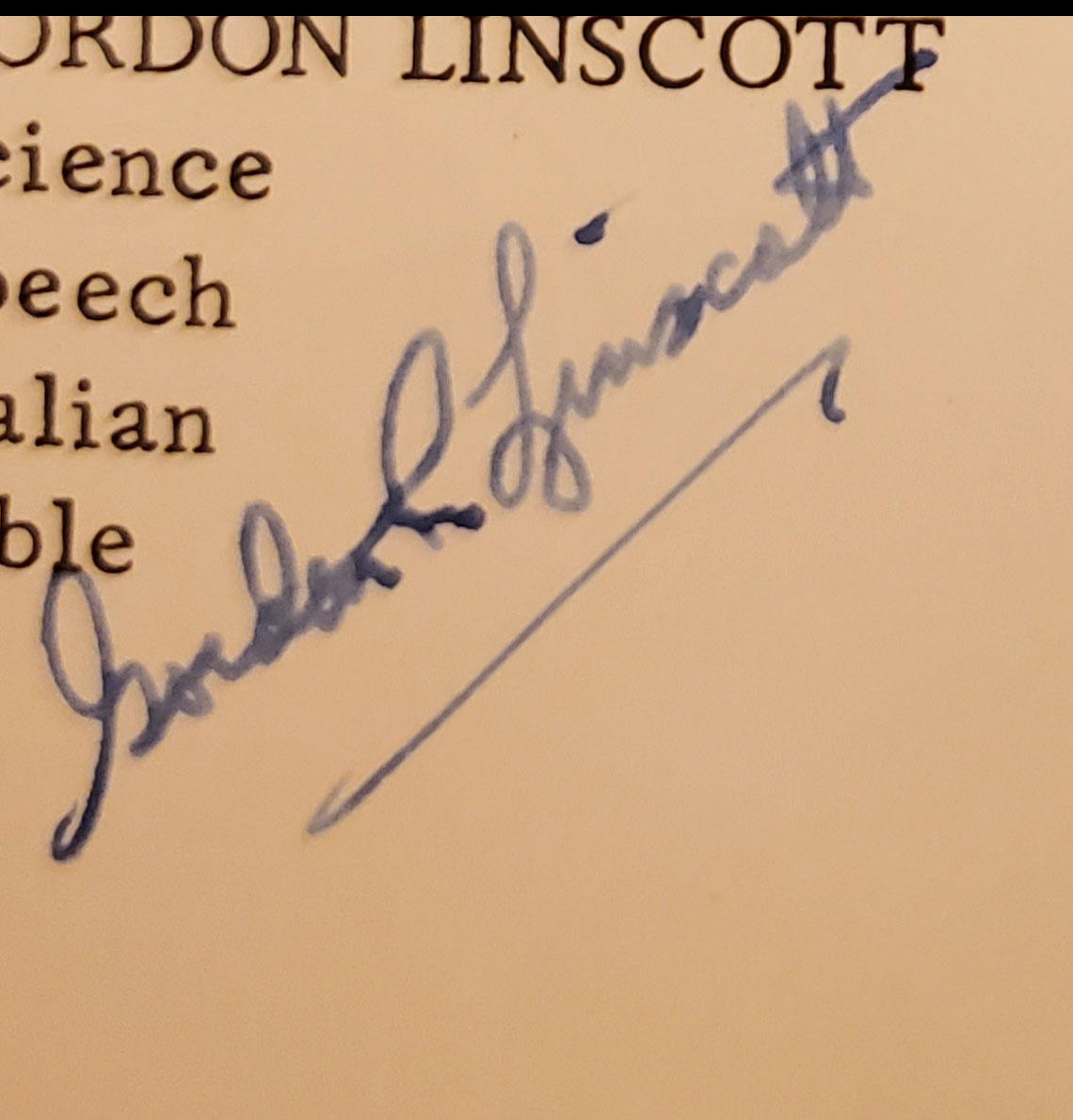 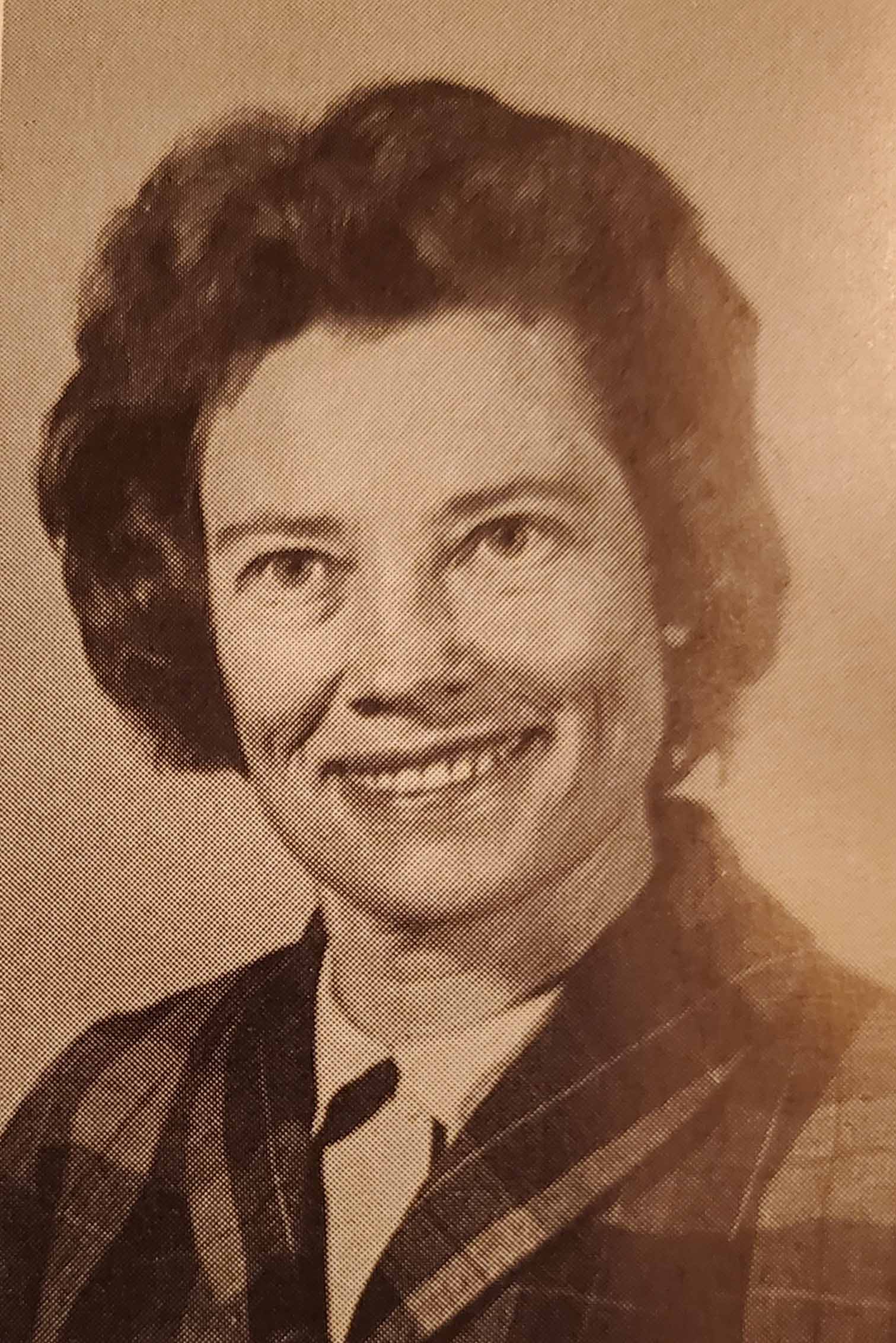 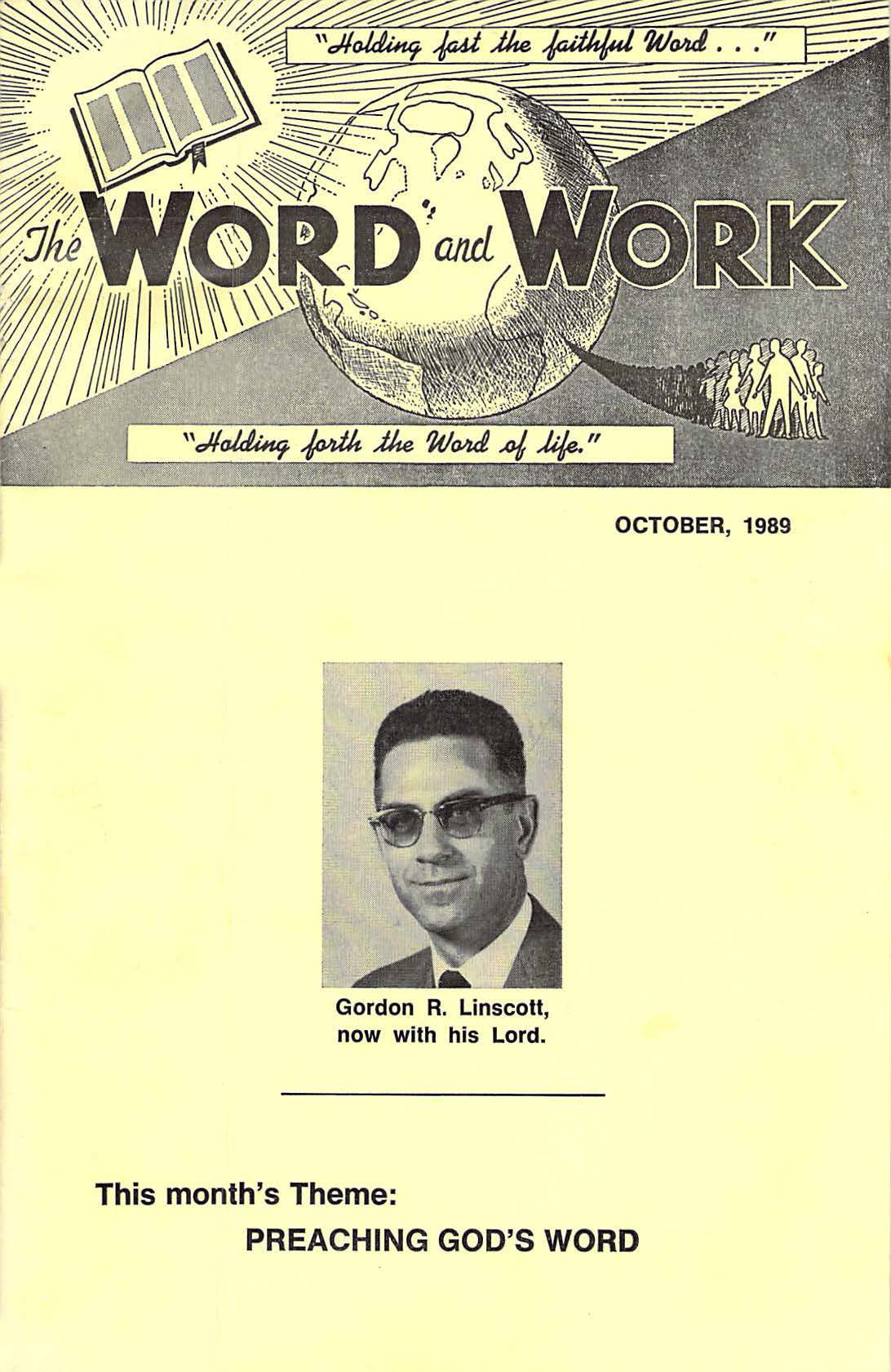 Gordon and Ruth Linscott are buried in the Cave Hill Cemetery in Louisville, Tennessee. The GPS for the actual grave location is below. 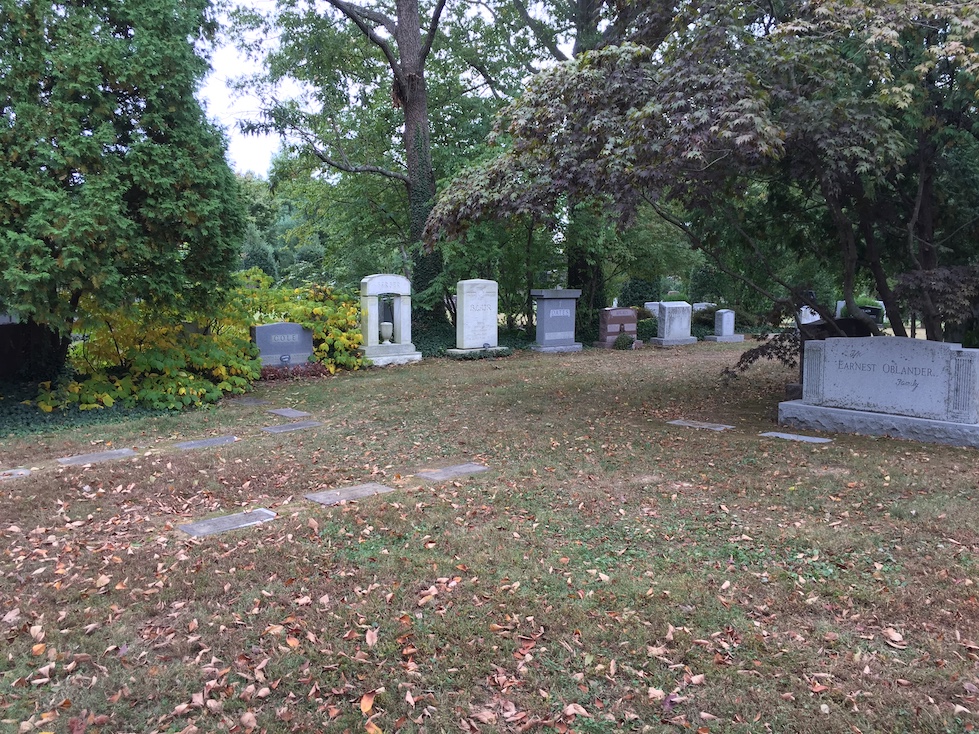 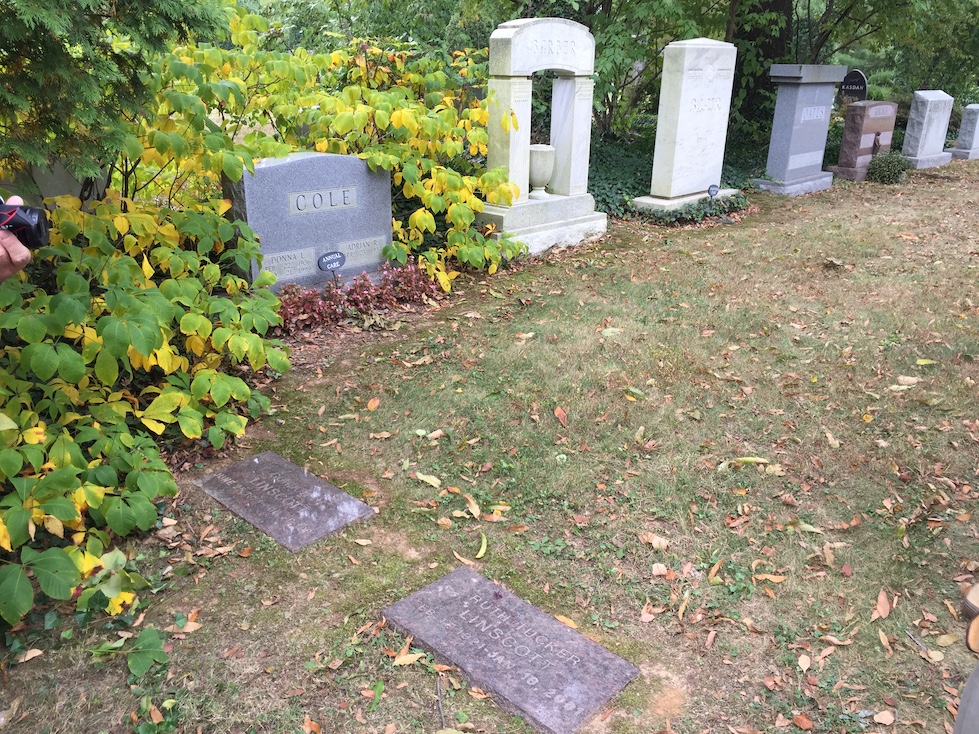 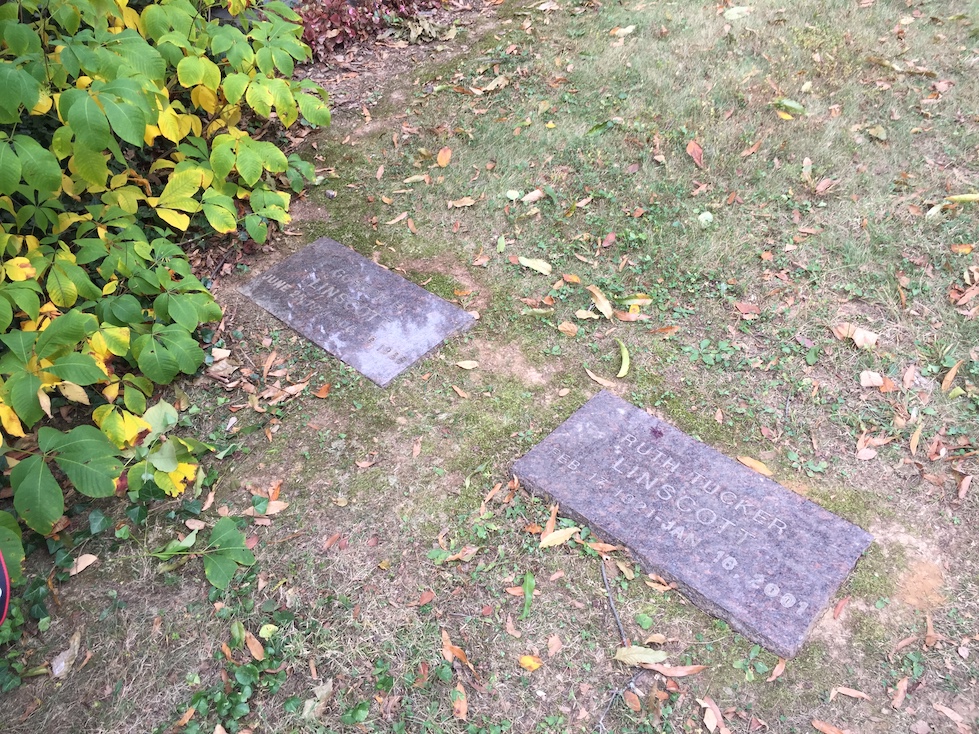 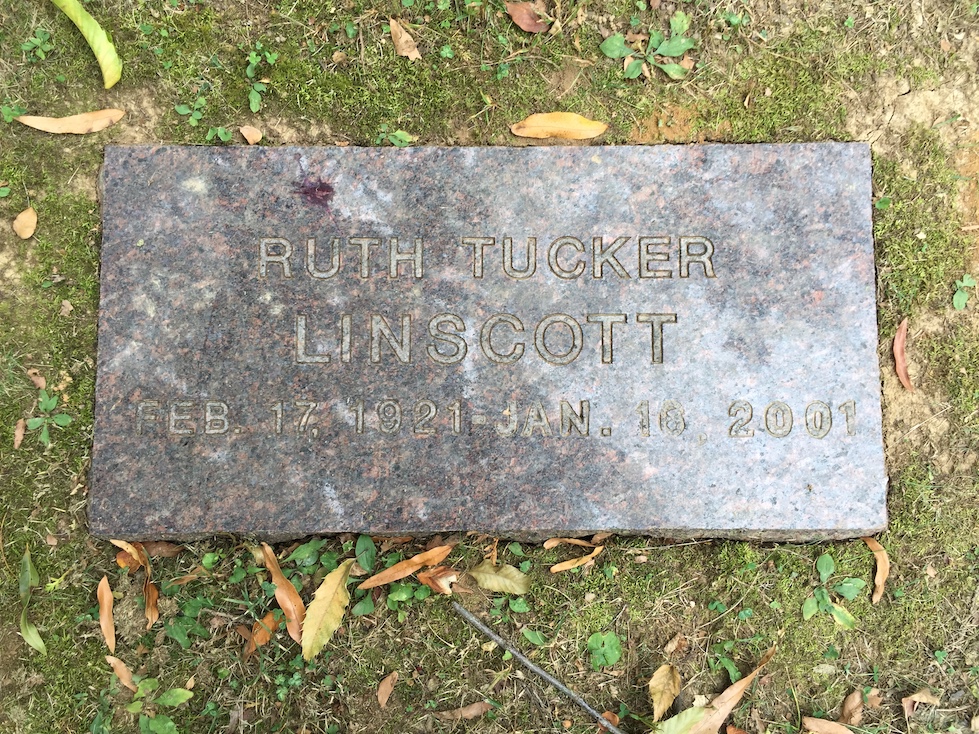 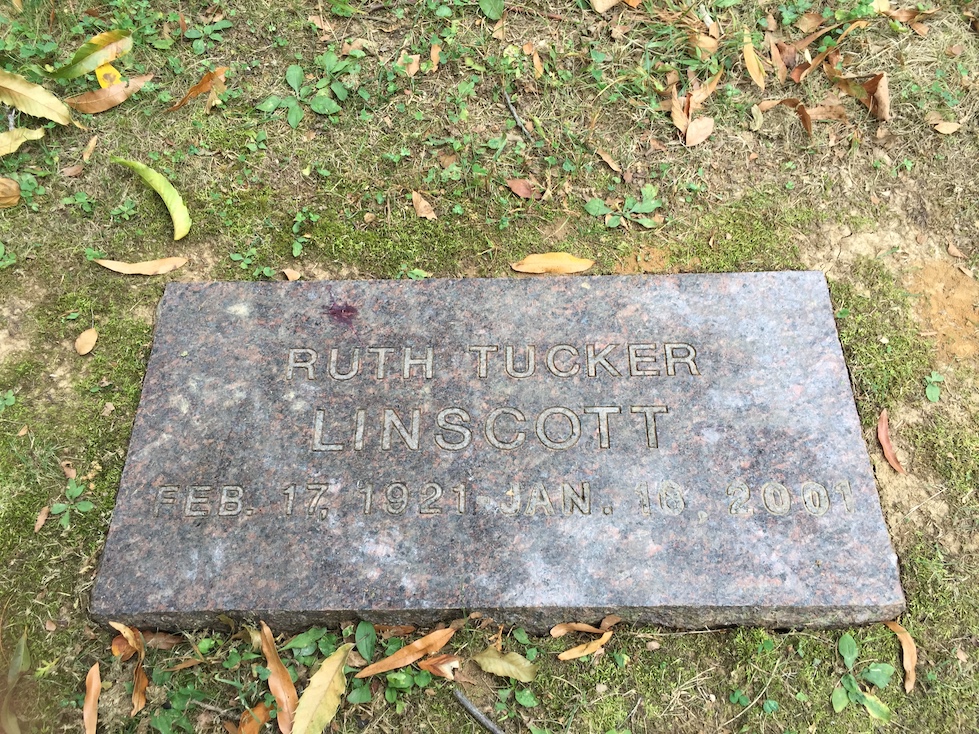 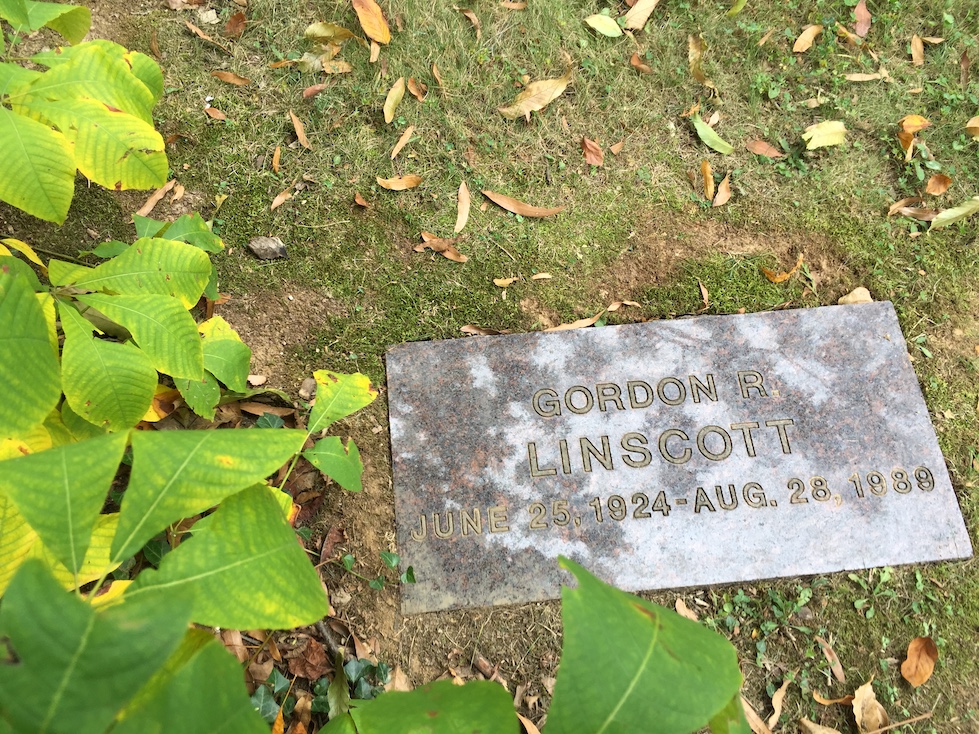 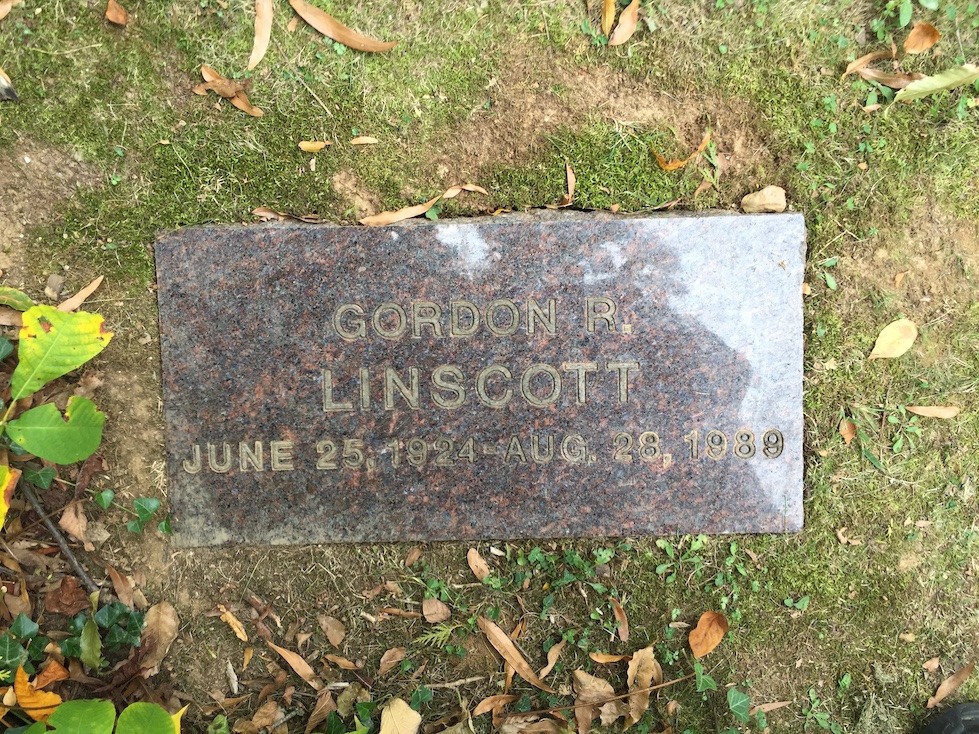 Special Recognition: Many thanks to Larry Miles for helping to locate the graves of Gordon and Ruth Linscott in Cave Hill Cemetery. Traveling with us on October 14, 2016 was our good friends, C. Wayne Kilpatrick and Tom L. Childers.