Presbyterian Minister Who Was An Original Signer of the Last Will And Testament Of The Springfield Presbytery, June 1804.

Robert Marshall, along with fellow preachers, Barton W. Stone, John Thompson, John Dunlavy, and Richard McNemar, led a movement of Christians in the early period of the 19th century in Northern Kentucky and Southern Ohio. They pulled away from the control of the Presbyterian church to follow only the Bible as their rule of faith and practice. In the fall of 1803, they agreed to form what was then called the Springfield Presbytery. However, by June of the following year, they deemed the idea of a governing body, such as a presbytery over many churches, as unscriptural. The result was a document written and signed by these men entitled, The Last Will And Testament Of The Springfield Presbytery.

The Bethel Presbyterian Church, north of Lexington, became a center of activity, when in a subsequent meeting of the group it was suggested by Rice Haggard, a former Methodist, that to be completely in line with the Scriptures, they should call themselves Christians, citing Acts 11:26 as the authority for such a name. Thus was born the Christian movement in America.

The new union was short-lived. By 1805, the Shaker movement had entered into Northern Kentucky, laying claim to two of the leaders, John Dunlavy and Richard McNemar. Not long after, Robert Marshall and John Thompson led their groups back into Presbyterianism, in which they stayed the remainder of their lives. Only Barton W. Stone continued the Christian movement which later merged with the Reform Baptist (Disciples) movement in Kentucky in 1832. It was led by "Raccoon" John Smith, and other followers of the teachings of Alexander Campbell.

The old church building at Bethel still stands today as a Presbyterian church. The graveyard surrounding it is filled with old graves, some of which are the resting places of the family of Robert Marshall. The grave of Robert Marshall is in great need of repair.

Directions To The Grave of John Marshall

North of Lexington, Kentucky, take I-64 north to Exit 69. Hwy. 62, Brownfield Hwy. Turn left (west) and turn left in less that half a mile onto Bethel Road. Go about a mile and a half and the road turns to the right, still Bethel Road. Very quickly you will see the old Bethel Presbyterian Church on the right. The Marshall plot is just behind the building. The grave of Robert Marshall is quickly breaking down under the elements, and in great need of repair. GPS Location of the grave of John Marshall is: D.d. 38.130766,-84.585229 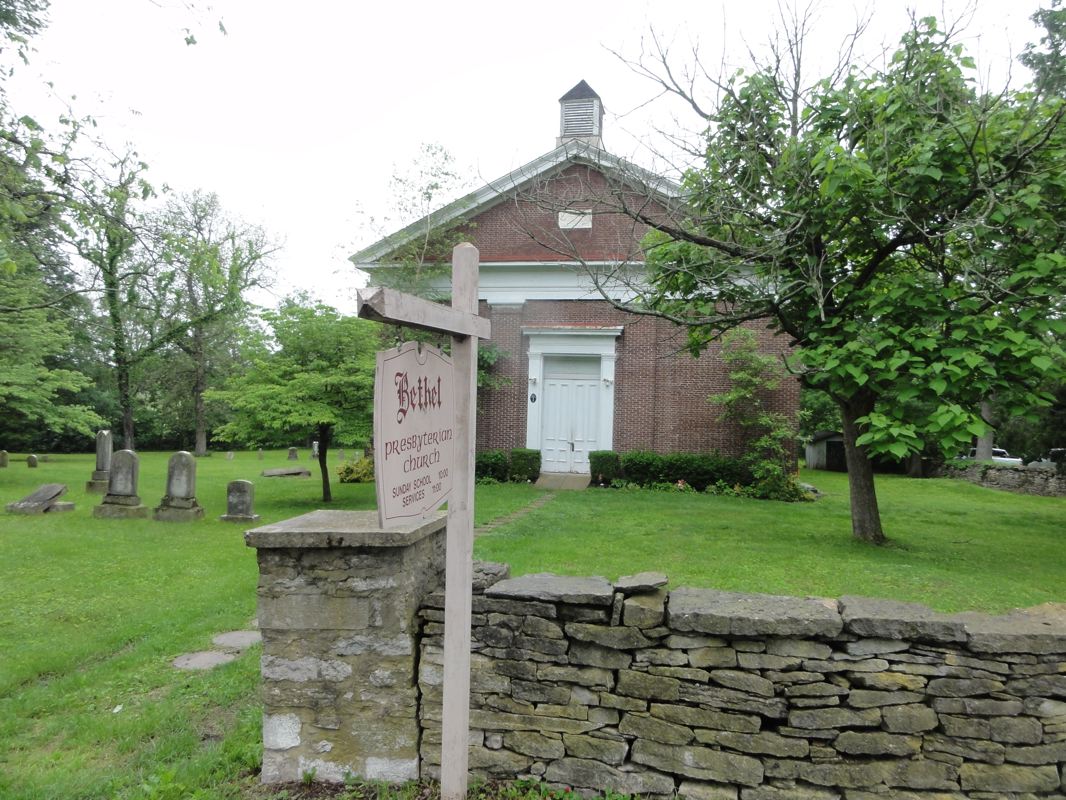 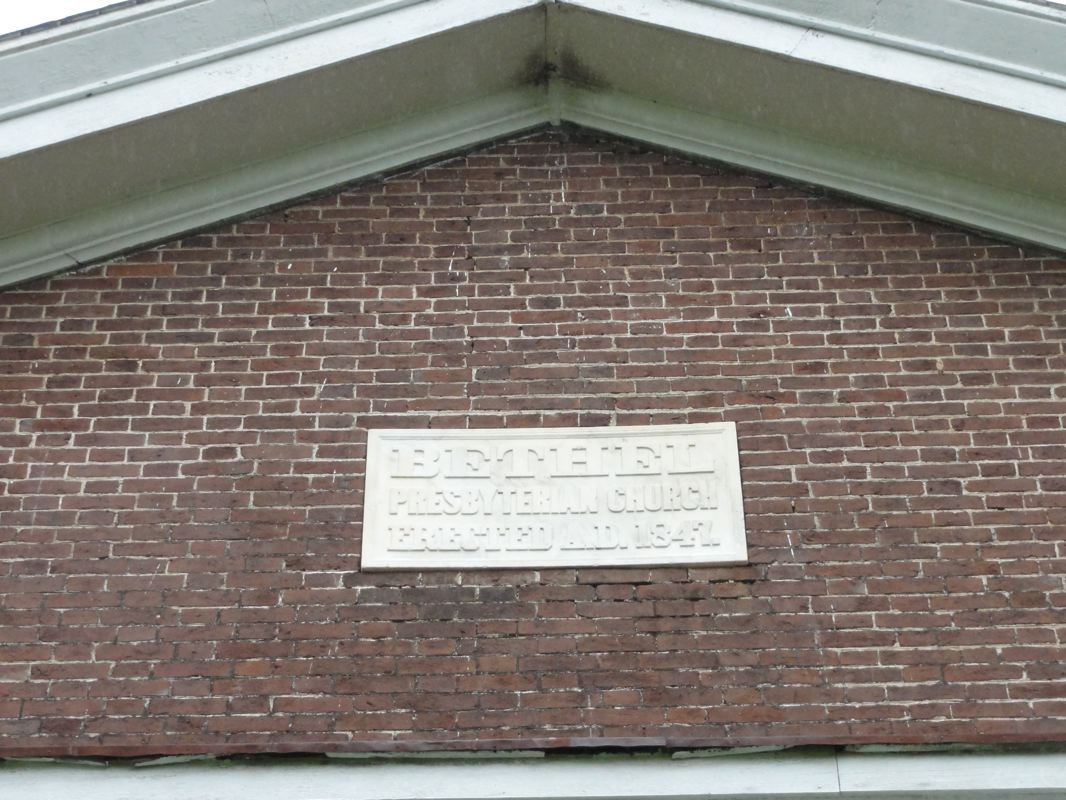 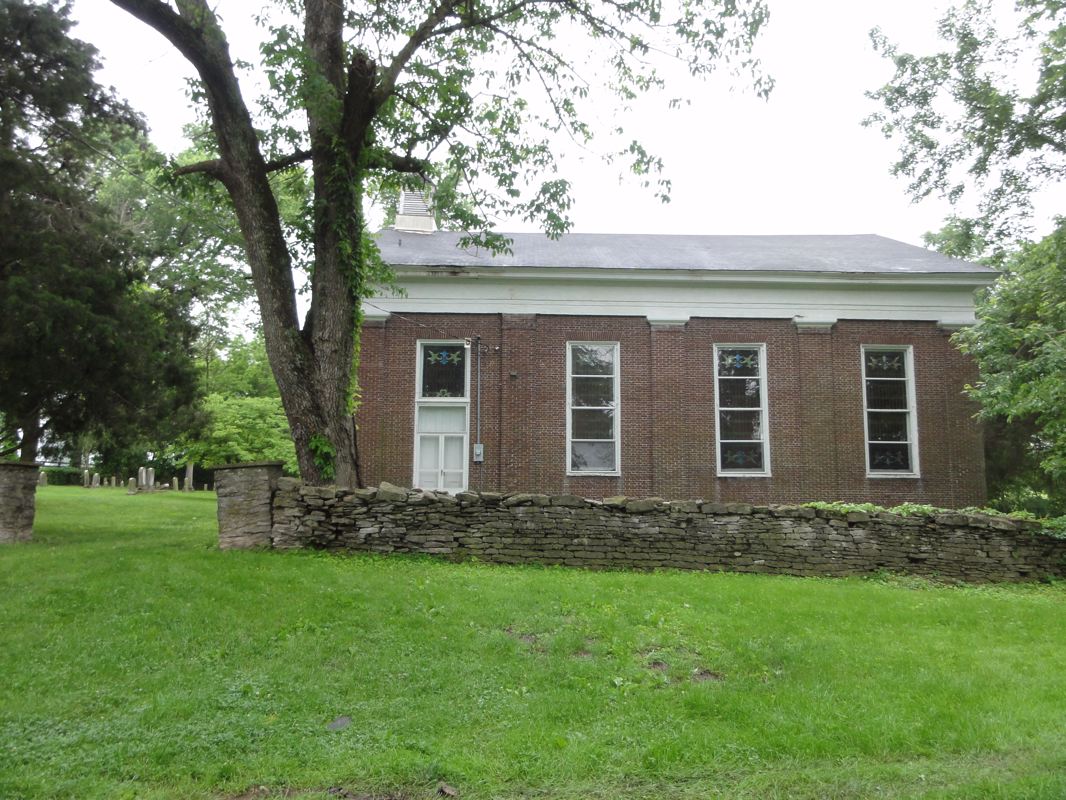 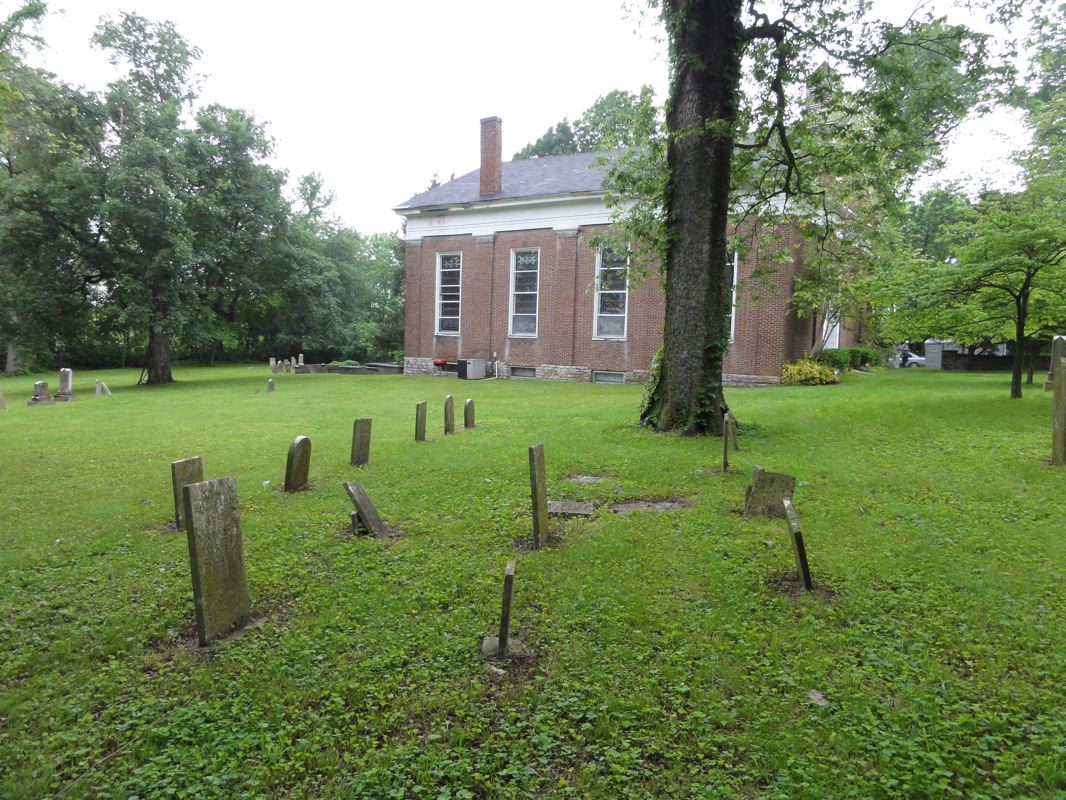 Marshall Plot Behind Building In Distance 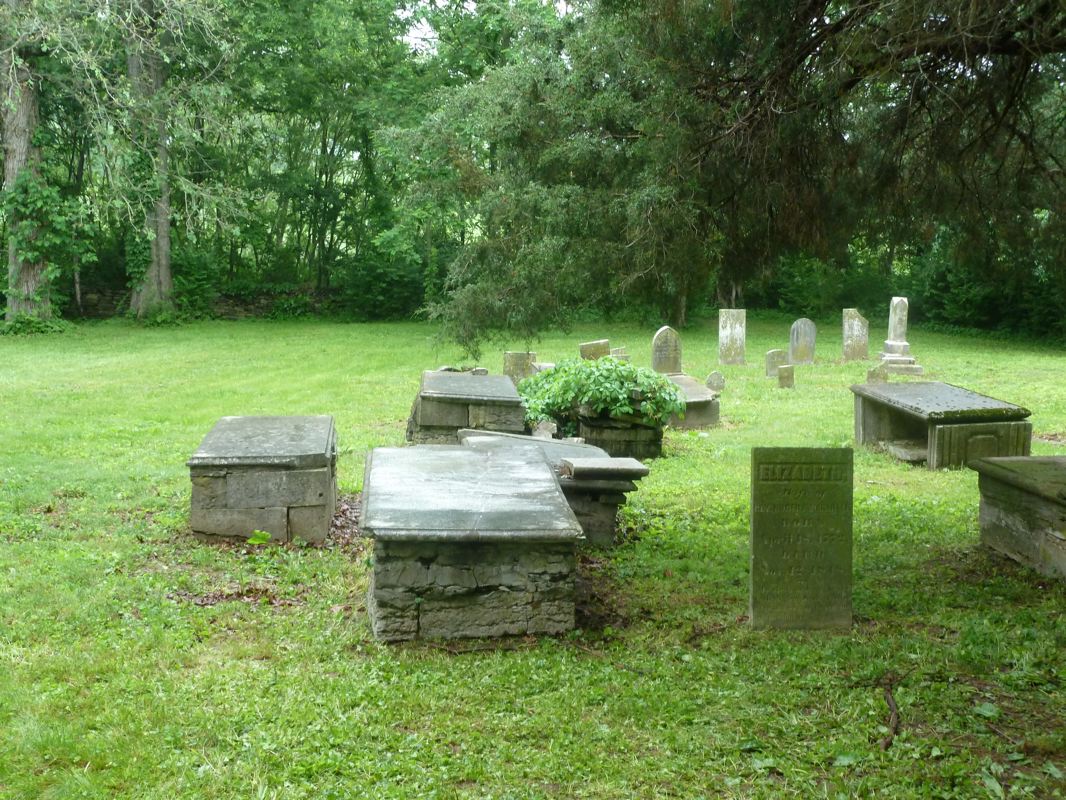 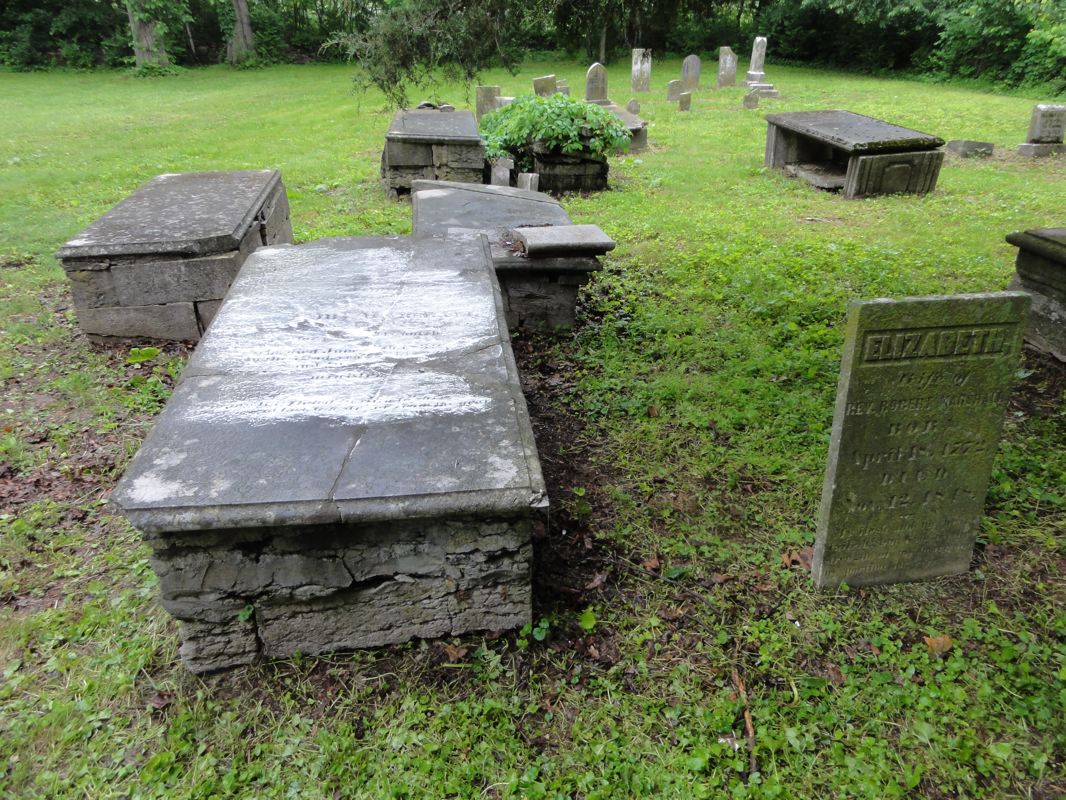 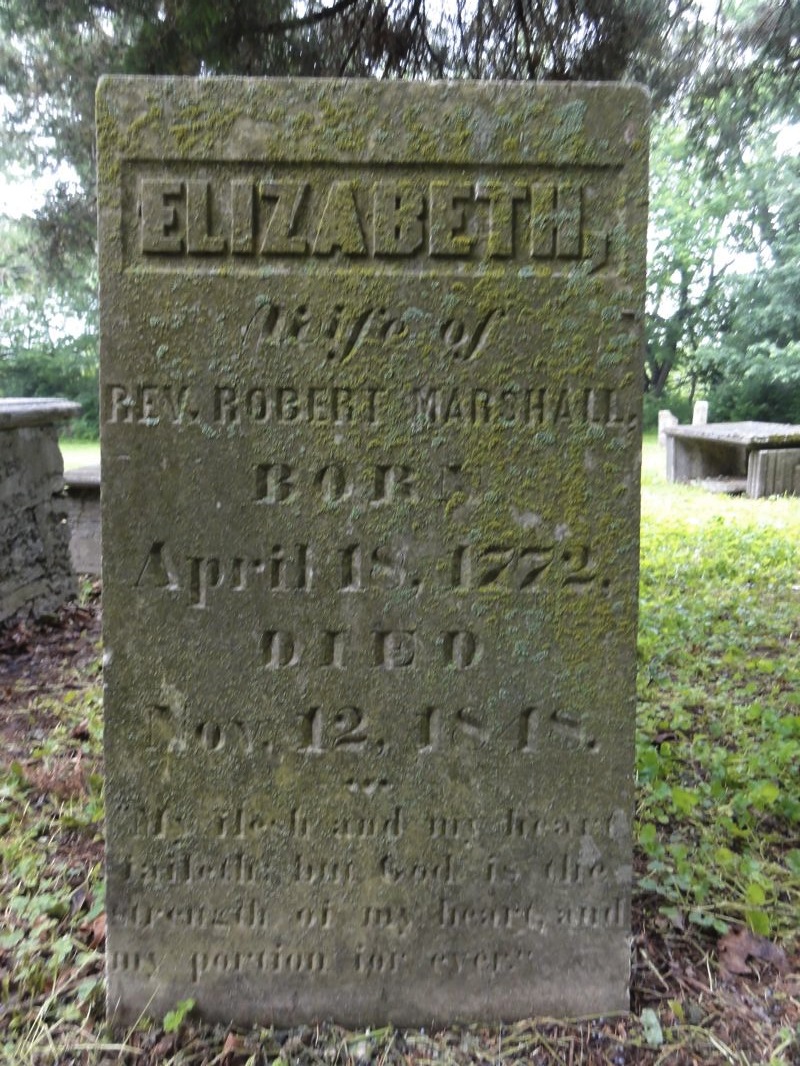 Elizabeth
wife of
Rev. Robert Marshall
Born
April 18, 1772
Died
Nov. 12, 1848
My flesh and my heart
faileth, but God is the
strength of my heart, and
my portion forever. 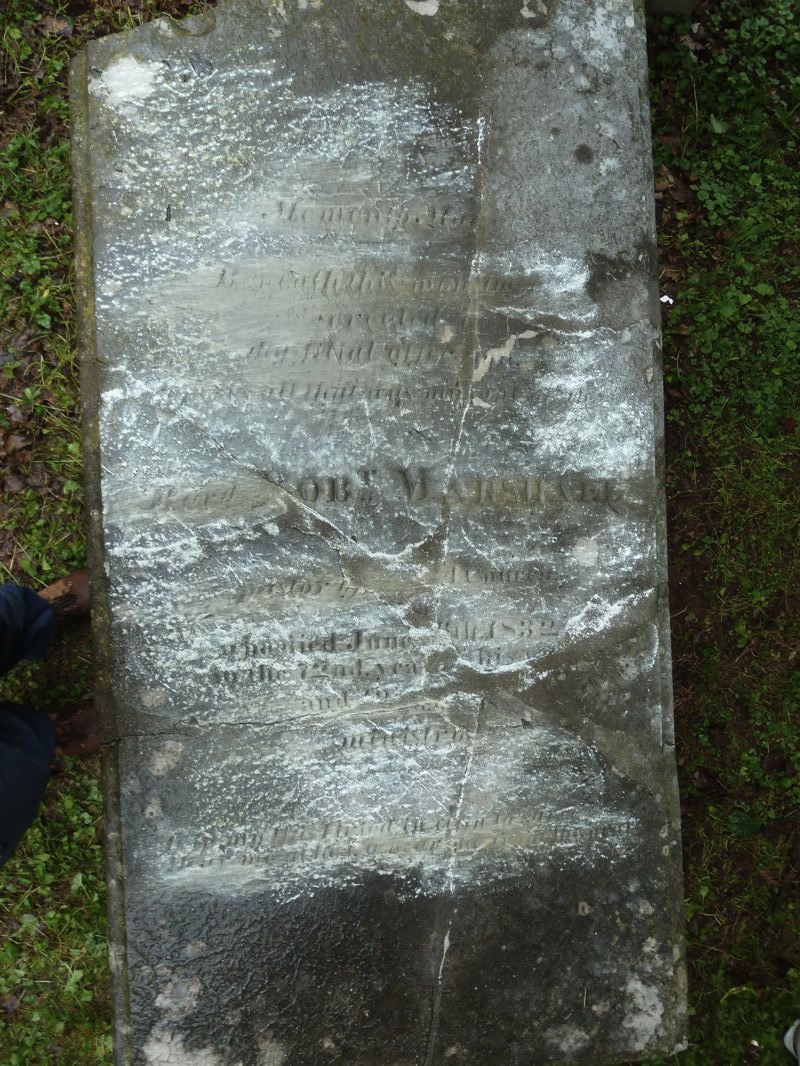 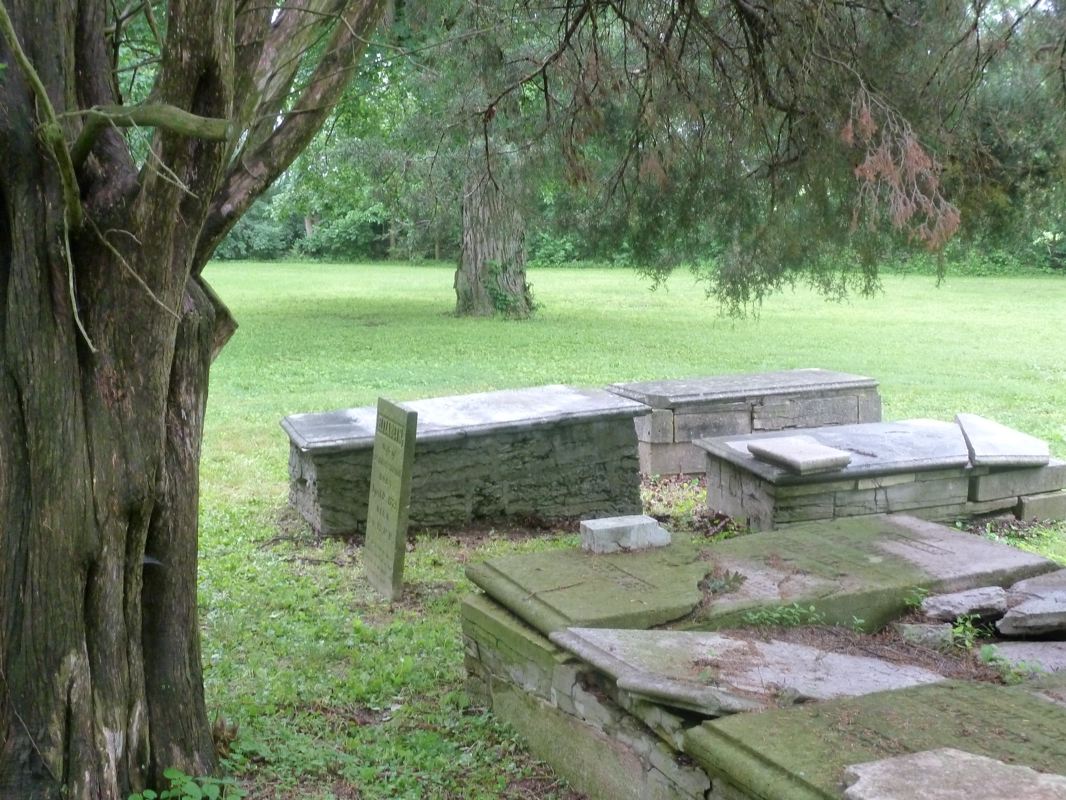 Photos Taken May, 2011
Courtesy of Scott Harp
www.TheRestorationMovement.com
Special thanks to Tom L. Childers and C. Wayne Kilpatrick, who help photograph and locate the grave of Robert Marshall.