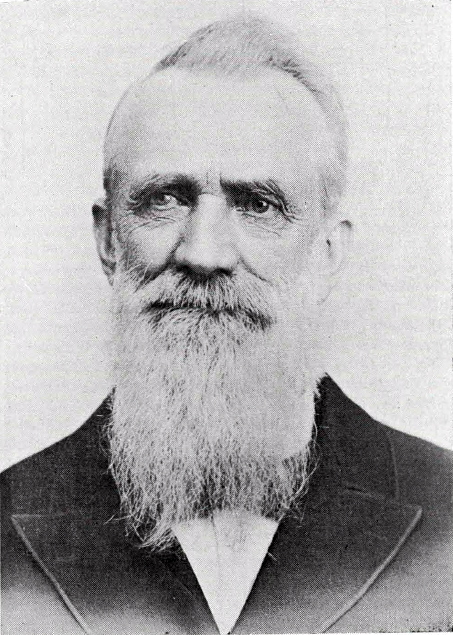 God has created nothing with no purpose. Everything has its place and a mission. Truly, "nothing walks with aimless feet." Every plant in the vegetable kingdom and every animal in the animal kingdom has its place. So every man has his mission to fulfill, his work to do, and his niche in human society. Some can mount the rostrum and with their eloquence sway the multitude; others can sit by the fireside and kindle the fires of ambition in the private precincts of home life. Some with strong intellectual powers can reason with mature men and women and convince their judgment on propositions, while others with tinder pathos and simplicity direct the thought and life of children in the path of duty and usefulness. "Uncle Minor" Metcalfe was a past master in the field of storytelling for children. No preacher of the gospel ever did more to kindle the ambition and thrill the hearts of young people than did Brother Metcalfe. He was truly "an apostle of sunshine" in the kingdom of childhood.

V. M. Metcalfe was born near Athens, Tenn., November 5, 1832. His father moved from Kentucky to East Tennessee in 1825 and settled in Hiwassee Valley among the Cherokee Indians. He was one of twins, and at birth he weighed only one and a half pounds. It is said that he was so small that his little body was put into a quart cup. He was probably the smallest child in stature and lightest in weight that ever lived to be a man. Brother Metcalfe was never a man of strong constitution, but was full of energy. For several years he was in feeble health. His father, Charles Metcalfe, was born in Paris, Ky., in 1793. He was a very prosperous business man. He owned a large cotton factory, gristmill, sawmill, woolen factory, and several large farms. He was a slave owner, and he kept enough slaves to do the farm work and household work. While wealthy and owning many servants, yet he trained his children in habits of industry and economy. His boys labored with the hired hands and slaves on the farms and in the cotton factory. V. M. Metcalfe's mother was a woman of extraordinary ability. She was kind and positive in dealing with her children. She possessed a deep religious nature and taught her children to reverence God and the Bible. She often prayed earnestly for them in their presence, and her influence made a deep impression upon their young and tender lives.

Brother Metcalfe had the best advantages for an education for his day. His people were classed among the wealthy, and by many the Metcalfe family were considered aristocrats. But they had none of the snobbish habits that sometimes belong to this class. They were in deep sympathy with the poor and often relieved distresses of their neighbors. V. M. Metcalfe attended school at Athens and made good use of his opportunities. After his training at home, he was sent to the Alabama Military Institute at Tuskegee, Ala. Here he laid a good foundation for his college education and began his development as an educated man. After leaving the Alabama Military Institute, he was next sent to Burritt College, Spencer, Tenn. He was graduated from this institution under the presidency of W.D. Carnes. He always remembered with pleasure his days spent at Forest Hill Academy at Athens, Alabama Military Institute, and Burritt College. 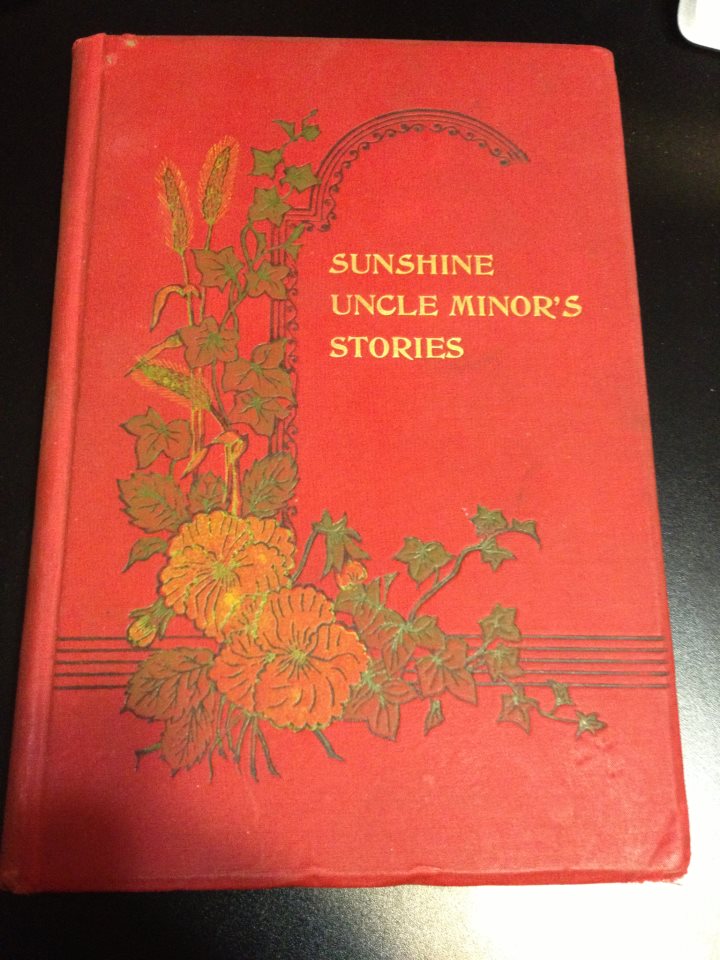 In 1855 he was married to Miss Ellen Killebrew, of Clarksville, Tenn. Brother Metcalfe started out in business walking in the footsteps of his father. Before he married he made with his own hands nearly all of the furniture that he needed for housekeeping, and in after years his good wife thought more of the furniture her husband had made than she did of the more modern furniture which they had purchased. He was a successful business man. For many years he and one of his brothers operated cotton factories on an extensive scale, and they owned several valuable farms, and the volume of their business was great for that country. At the close of the Civil War he moved to Nashville, Tenn., and was asked to receive and distribute supplies for the suffering saints in the South. Brethren David Lipscomb and Philip S. Fall cooperated with him in this good work. In 1869 he moved to Hopkinsville, Ky. The conditions brought about by the Civil War, together with the decline in prices and the payment of security debts, left him stranded. But he began to rebuild his fortune with indomitable perseverance and close application to business. During all these years of a very busy life he preached the gospel. He traveled much in the interest of his business affairs, but he always found people anxious to hear him tell the story of Jesus and his love. In addition to his business duties in all parts of the United States, he found time to write. He wrote for the good that he could do. He wrote constantly and even voluminously for religious and scientific papers. He was editorially connected with some very popular journals, in which he always made religion a prominent topic. He was a man of genial humor and a charming companion. He formed acquaintances easily and made friends rapidly. He had a kind heart, a cheerful face, and a sunny soul. He was rarely ever discouraged and was never despondent. He was a friend of children. He had seven children of his own. Wherever he went, the children recognized in him a genial friend and a cheerful companion, and they flocked around him to hear his stories and receive his affections. He usually carried some candy and other things which would please the children. In his travels throughout the United States he formed acquaintances with the children, and many of them wrote him constantly. The children were glad to hear that "Uncle Minor" had come to town.

He collected the stories which he had written for children into book form and published them under the title, "Sunshine; or, Uncle Minor's Stories." He never told an ugly story, and all of his stories were based upon facts. His book was not a book of fiction, but was composed of incidents selected from his own experience and observations. He said: "There is too much real work to do, too much real suffering, too many bleeding hearts, too many inquiring the right way, for me to spend my time in writing fiction." He said further: "For over thirty years I have been working for the little children and young people. I hope to meet many in the new Jerusalem who were influenced, to some extent at least, by my little stories, to walk in the road to the heavenly city."

"A child who had a mother asked of one who had none: 'What do you do without a mother to tell your troubles to?'

" 'Mother told me to whom to go before she died,' answered the little orphan. 'I go to the Lord Jesus. He was my mother's friend, and is mine.' "'Jesus Christ is in the sky. He is away off, and he has a great many things to attend to in heaven. It isn't likely that he can stop to give attention to you,' replied the child with a mother.

'" I don't know anything about that,' replied the orphan. 'All I know is that he says he will, and that's enough for me.'''

"Uncle Minor" died at his home in Hopkinsville, Ky., March 12, 1896, and his frail body and wasted form was buried in the beautiful cemetery of that town. Many who are now aged and gray are thankful that he lived and blessed their lives.

Uncle Minor Metcalfe is buried in Riverside Cemetery in Hopkinsville, Kentucky. The cemetery is located on the corner of N. Main St. and Metcalfe Lane, just north of downtown Hopkinsville.

From Nashville, TN, head NW on I-24 about 50 miles. In Kentucky, take Exit 81/KY-9004. and turn right. Going north, go 7.6 miles into town and turn left on US-41/Pembroke St. (Becomes E.9th). Go 2.1 miles and turn (R) on S. Virginia St. When one-way street merges back together turn right into Riverside Cemetery. The Metcalfe plot is in Section B on the west side (the first you will come to). The marker stands out as it is the only pink granite monument among all the grey colored ones surrounding it.

Note: Also buried in this cemetery are many of the early Christians who planted the church of Christ in Christian County. Buried in the OC (Old Cemetery) section are the graves of Caroline M. "Carrie" Harding, and her infant son, Cappie, who died in the summer of 1878. She was the young wife of James A. Harding. Sadly, there are no markers for the Knight family plot. This is sad, as the Knight family were prominent members of the church, and the community in the late 1800. Her father John B. Knight was a judge in the city. The Knight family are buried in OC-111. 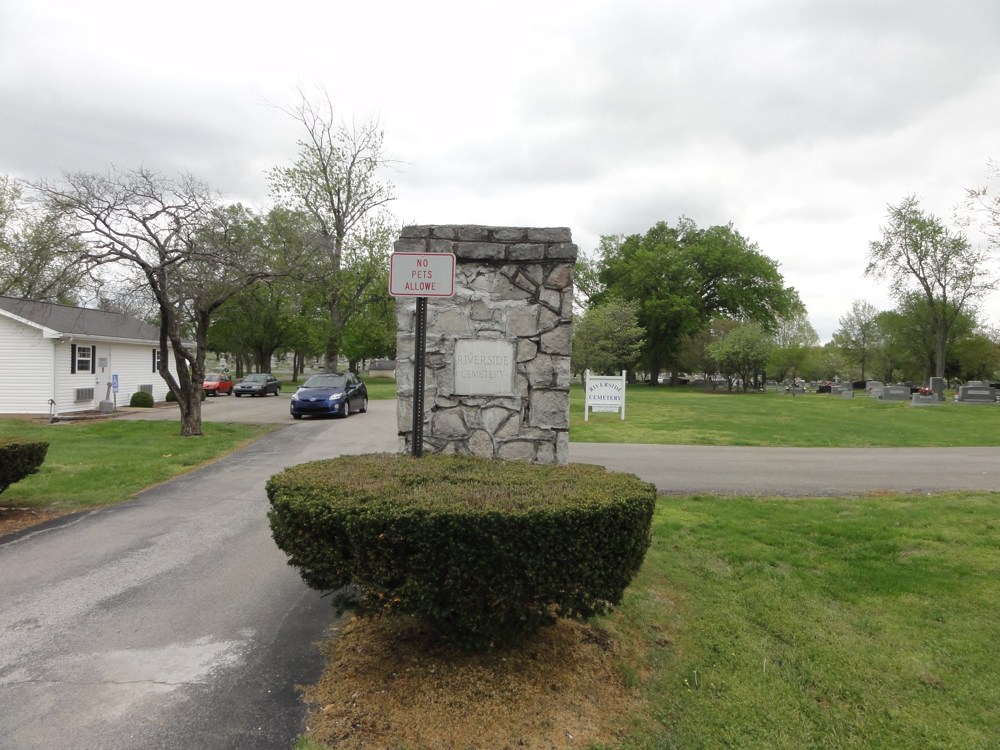 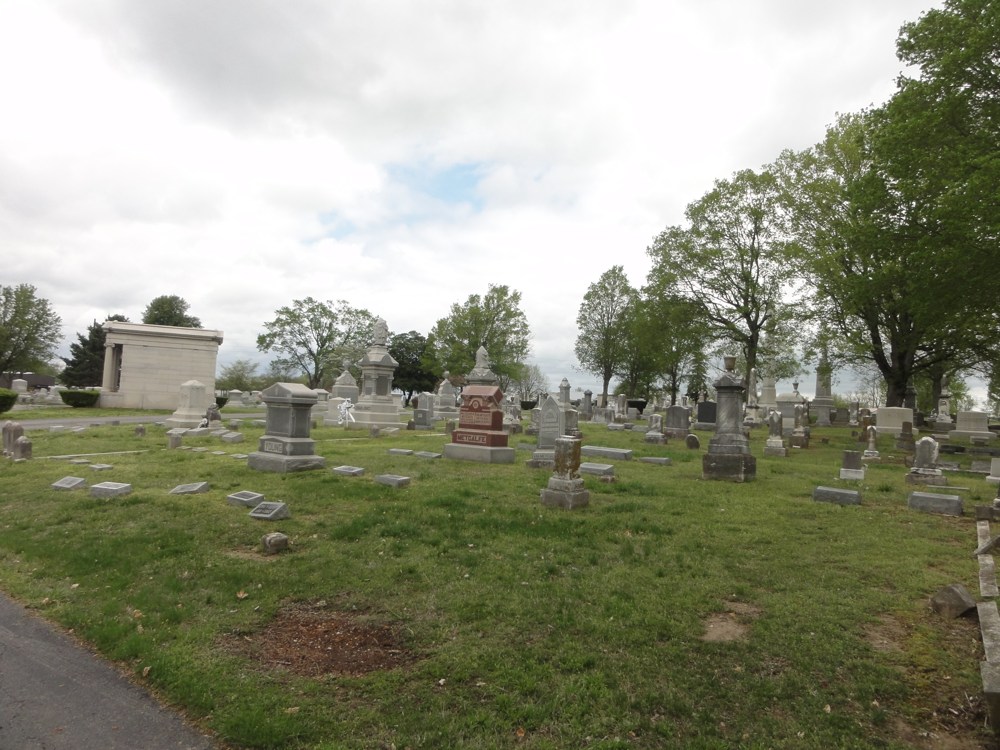 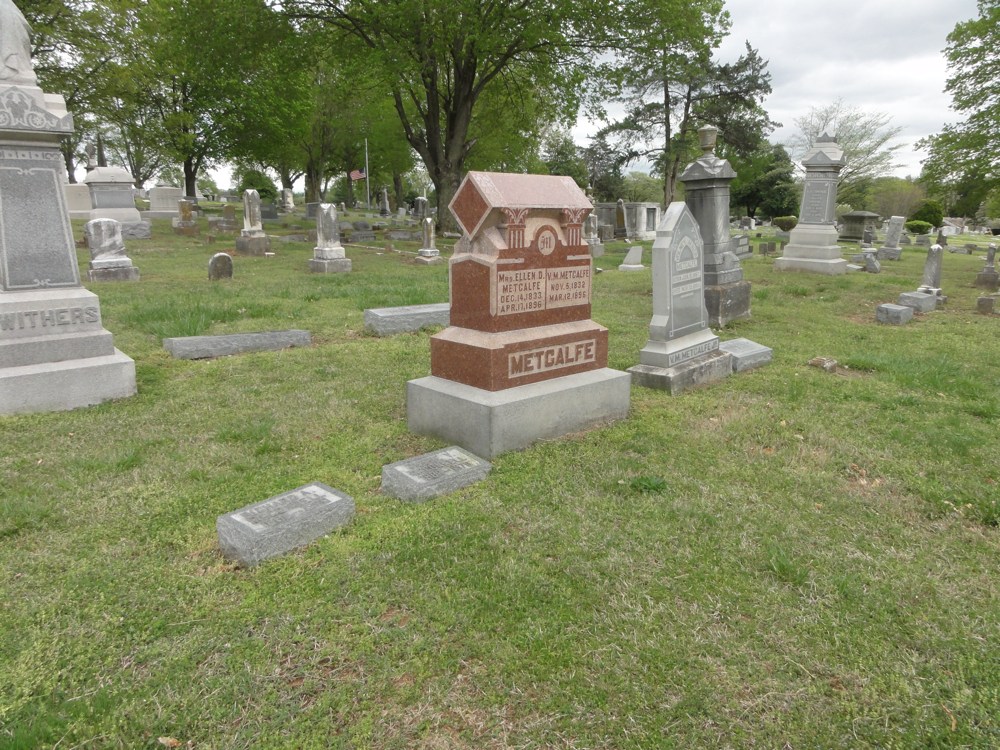 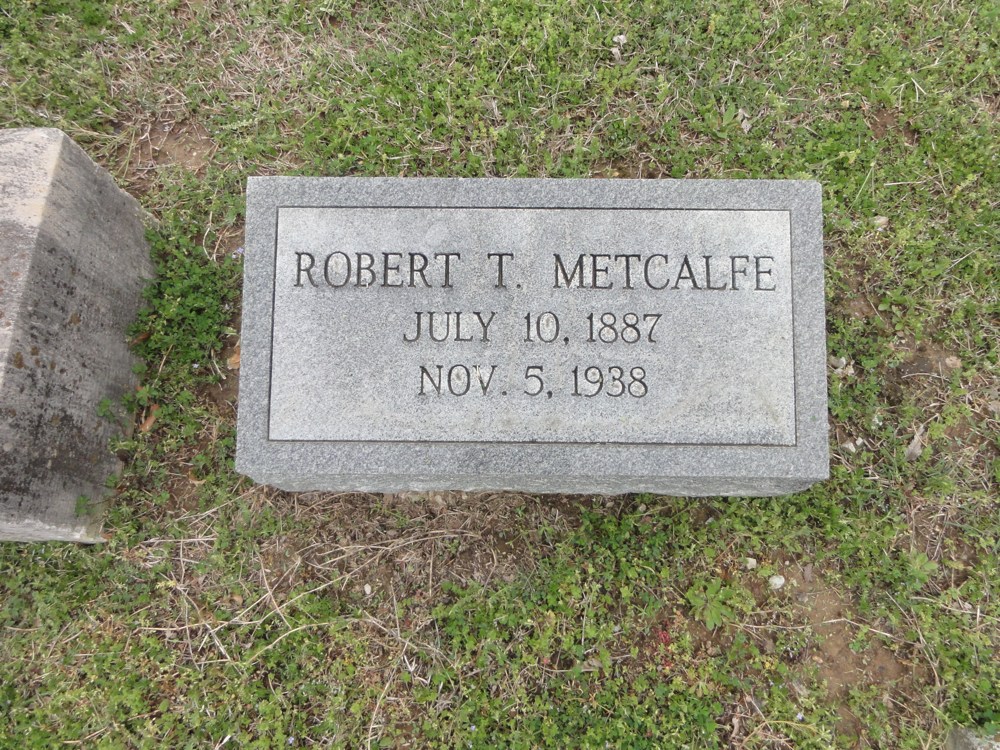 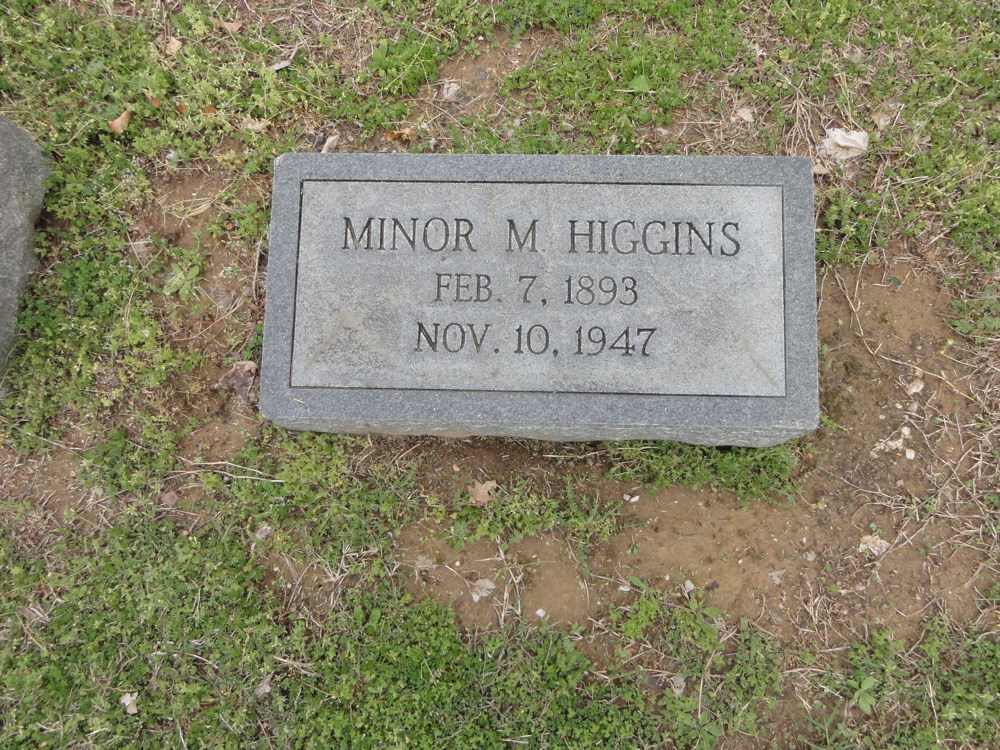 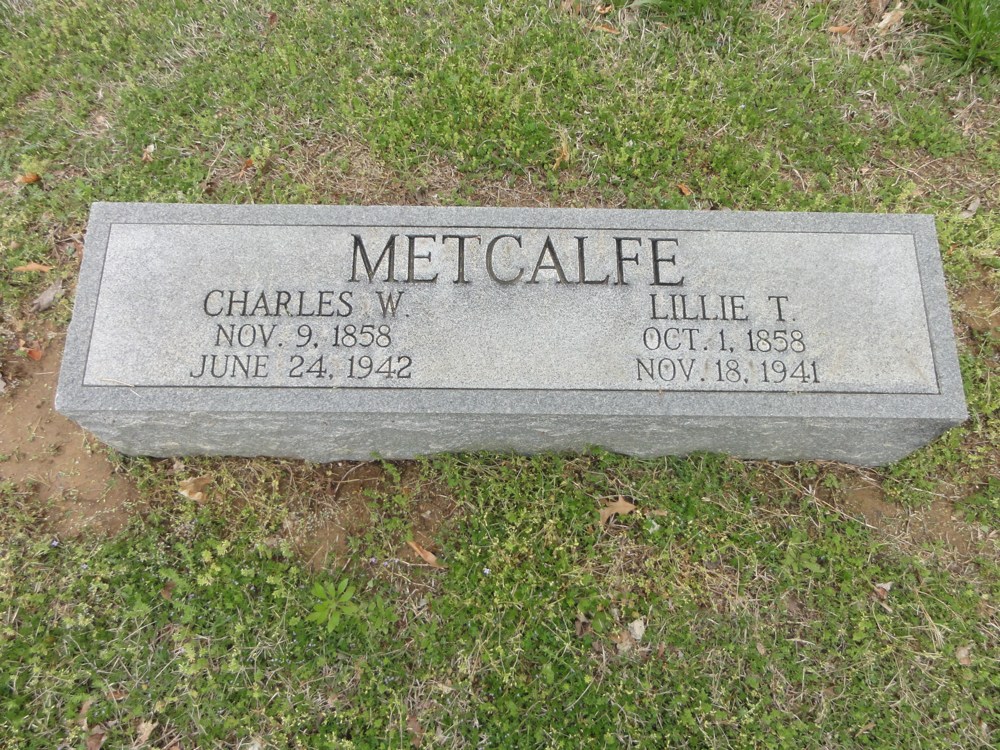 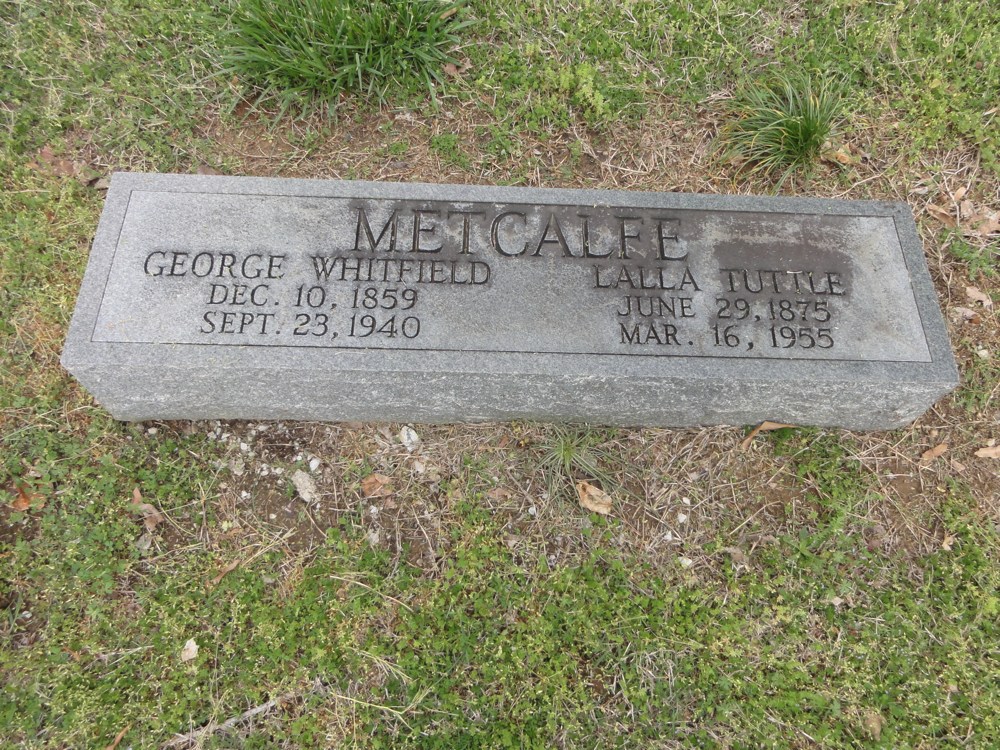 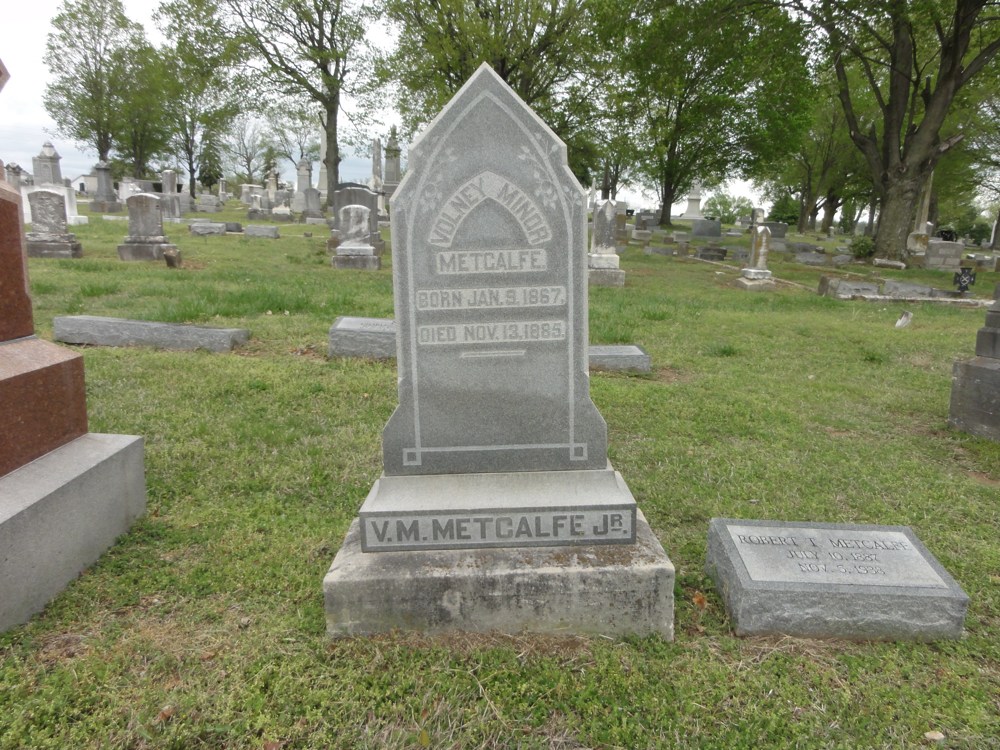 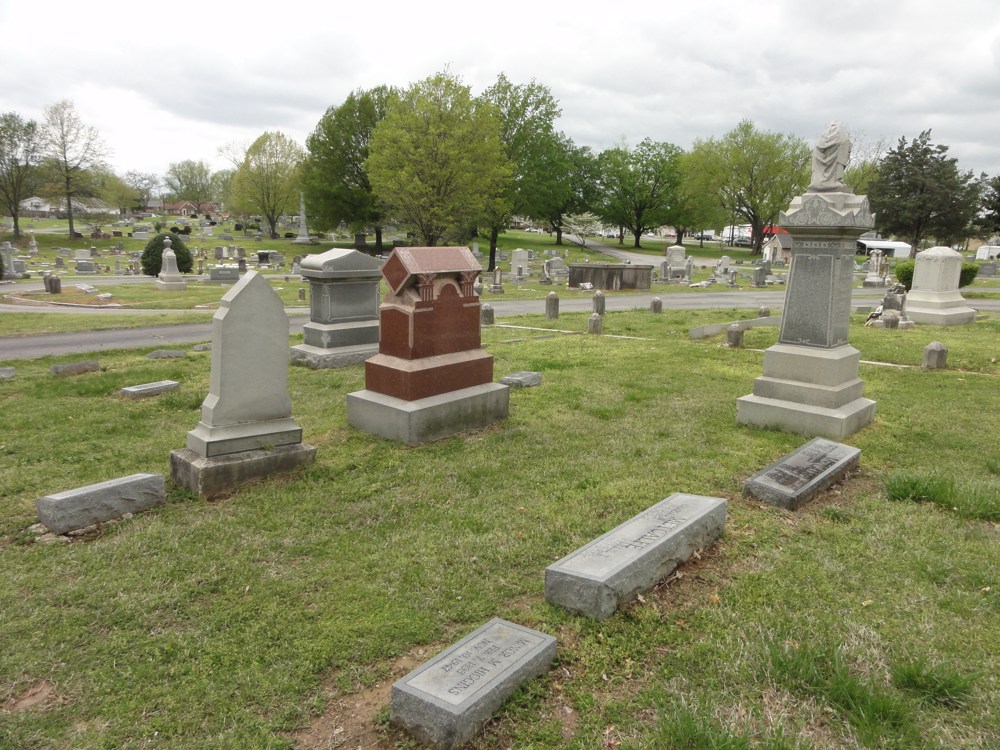 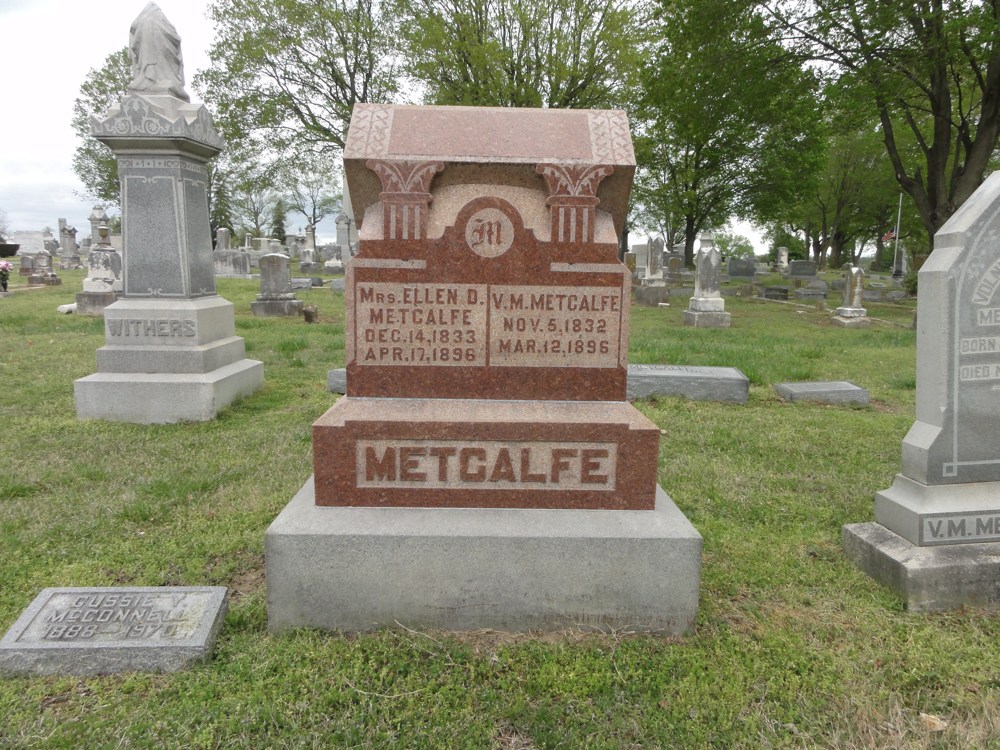 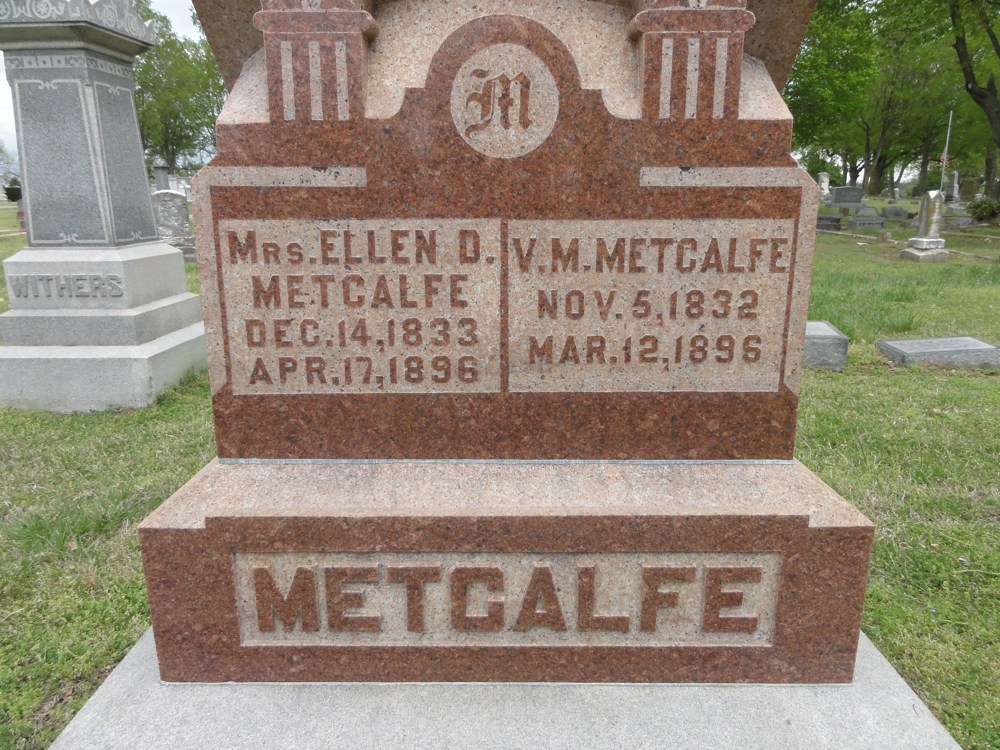 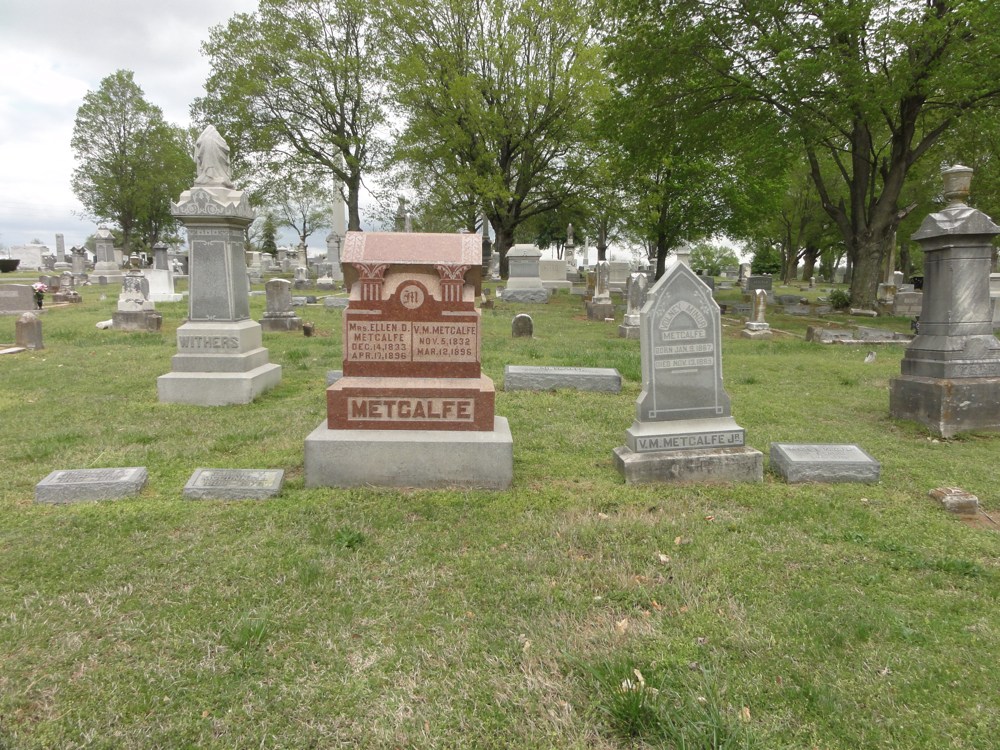