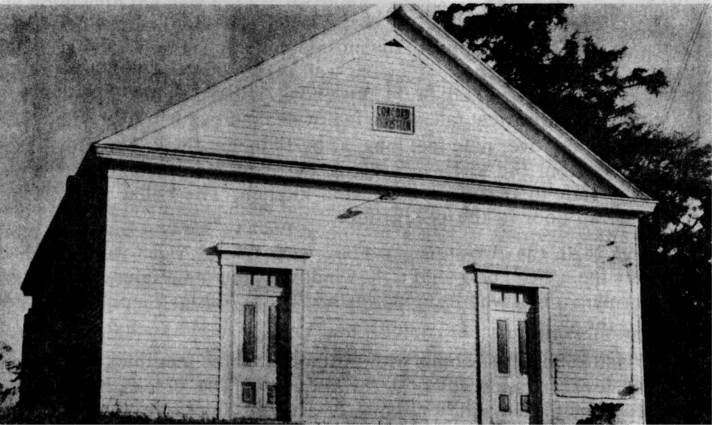 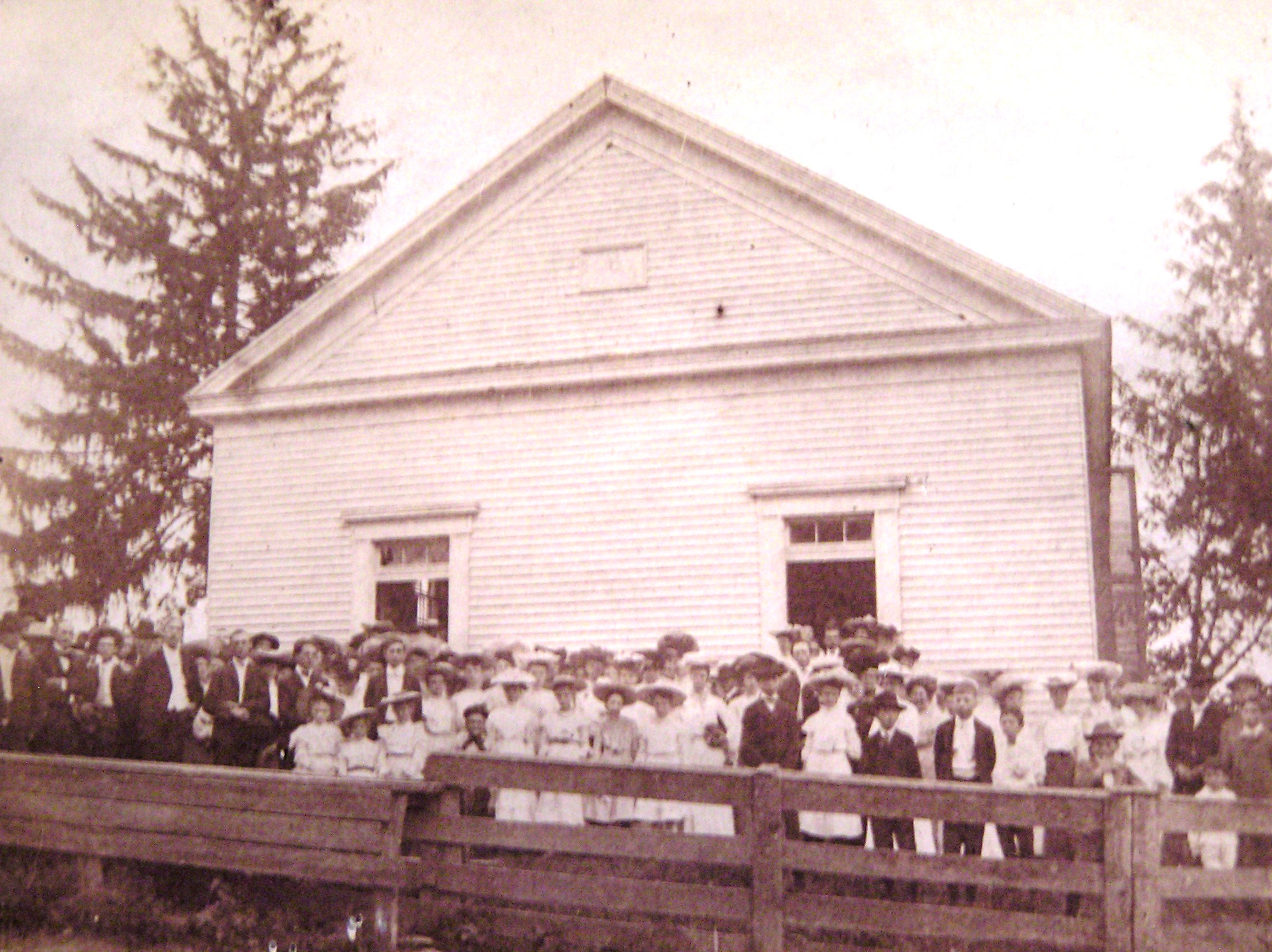 Old Concord Church was one of the original sites of the Kentucky Revival at the beginning of the 19th century. It was located north of Cane Ridge about 12 miles, and just south of the city of Carlisle, Nicholas County, Kentucky. It was a Presbyterian church at one time whose minister, Barton W. Stone, led many to give up their creeds and man-made doctrines to take the Bible as their only guide for religious practice.

Subsequently, for years Concord was a Christian church. It was originally a log cabin, similar to what was built at Cane Ridge. Later a wood structure took its place. In the 1970's a storm came through destroying the structure, and the property now lies in ruins. There is a cemetery on the property, and it too has been allowed to be overgrown by weeds and undergrowth.

Though it did not receive the notoriety of Cane Ridge, it served the churches of Christ in that region for many, many decades. This website is dedicated to the memory of Old Concord and those who worked there to evangelize North Kentucky.

The old church is now defunct, after a storm came through and destroyed the church many years ago, the approximate date of which is unknown at the time of this writing.

The first church organized in what is now Nicholas County was in the present precinct of Carlisle — old Concord Church. It stood about two and a half miles southeast of where the town of Carlisle is located, and was organized in or about the year 1795. Rev. B. W. Stone was one of the first if not its first minister. He became pastor of it and old Cane Ridge in Bourbon County in 1798. The first church edifice was built of logs, in which the congregation worshiped until the present building, which is a large, commodious frame, was erected in 1860, at a cost of $12,000. This church is more particularly noticed in another chapter. Some of the early members of this church were: Samuel M. Waugh, James Thompson and Thomas Donnell. Rev. John Lyle was the next pastor after Rev. Stone, and administered to the congregation for several years. 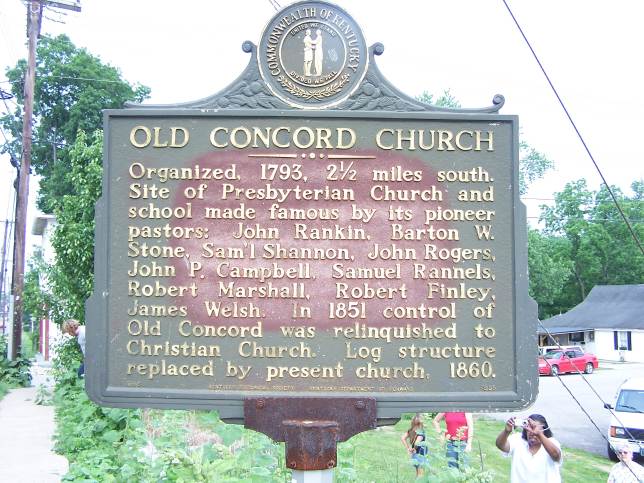 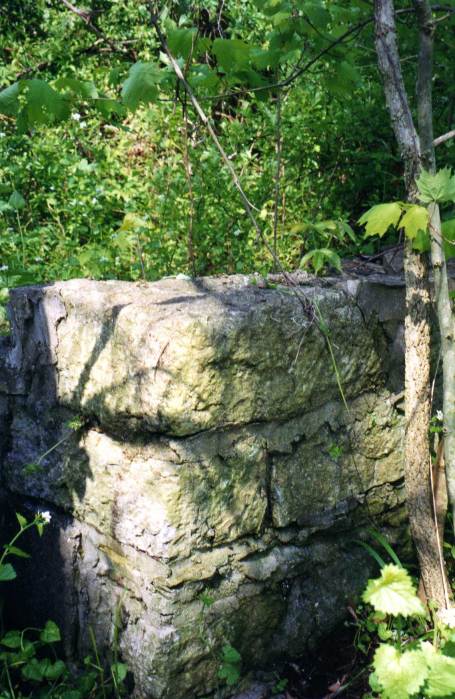 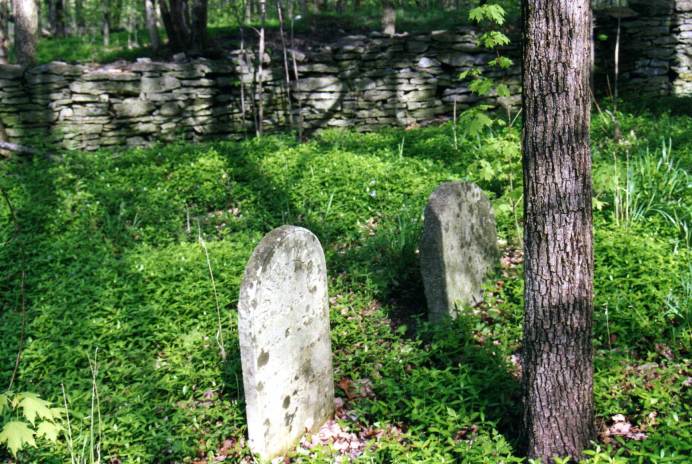 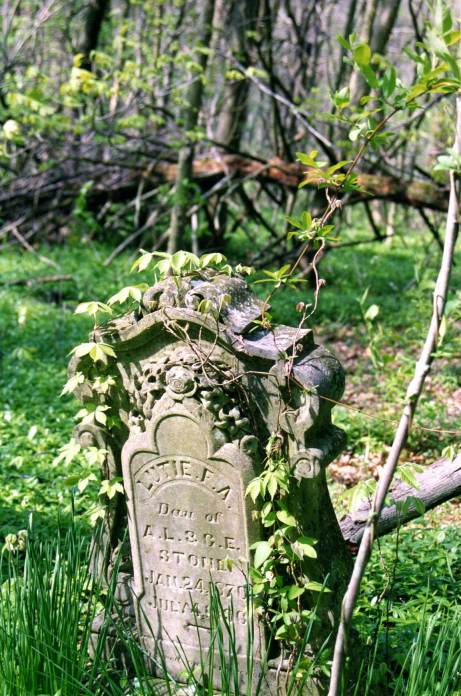 Concord church was ten miles northeast by east from Cane Ridge. It was on Taylor's Creek three miles southeast of present Carlisle, Kentucky. The meetinghouse was erected in 1793 on the lands of John Fowler. A tract of ninety-three and a quarter acres on which the house was located was conveyed by Fowler in 1802, "without any manner of condition" to "Trustees of Concord Congregation and their Successors" for the "consideration of the sum of Two Shillings," and "the necessity and usefulness of religion to Civil Society."

From Carlisle head south on Nicholas County Road 887, Dorsey Avenue. The road will become Concord Road. As the old church was destroyed by a tornado a number of years ago, only the ruins survive.