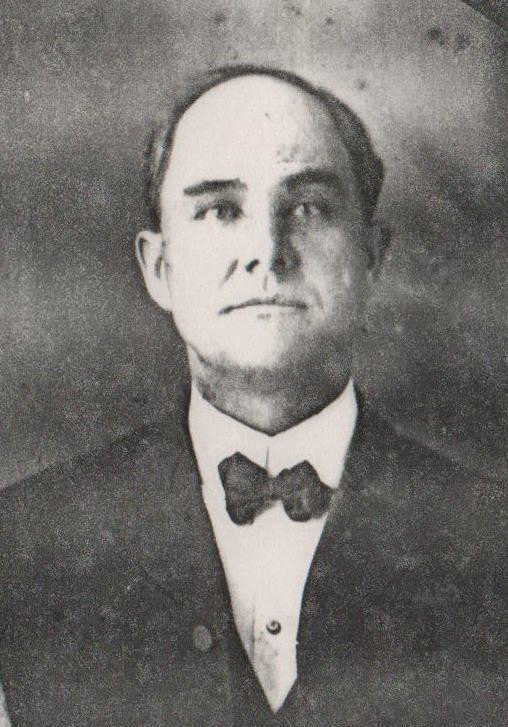 The Life of Joe Ratcliffe

Luca Joseph Ratcliffe was born the 12th of November, 1857. He was the fifth child and son of Reason Presley Ratcliffe (1824-1862) and Rosanna McBride (1828-1870) in Marshall County, Kentucky. Joe grew up in a family of six boys and one girl. As a young child, his father left his family to fight for the Confederacy during the Civil War. Farming was Joe’s way of life from his earliest memories.

Baptized into Christ as a young man, he determined to dedicate his life to proclaiming the unsearcheable riches of Christ. As preachers were scarce in west Kentucky, his ministry was spread over a large part of the region. For many years he preached one Sunday a month at different locations like Christian Chapel church of Christ, just west of Kenton, Kentucky; at Glass church of Christ, in Obion County, Tennessee, and at Cloverdale, Tennessee. The fourth and sometimes fifth Sundays were free to evangelize where the need drew him.

Early on in his ministry, he developed the power of influence in the pulpit. He preached many gospel meetings in several different states. Below are some of them. He held meetings in Arkansas at Marmaduke in Greene County; at Golden; and at Pocahontas, in Randolph County, and several other places.

He moved to Bardwell, Kentucky in the fall of 1885. Bardwell was where his wife’s people were, and it made a perfect setting for him to evangelize from there. Locations near him that felt his influences were places like Woodville in McCracken County; Birkley, in Carlisle County; Briensburg, Marshall County; Cottage Grove, Henry County; Kenton, Kenton County, Dukedom and Farmington in Graves County; Webb’s Chapel, near Arlington, in Carlisle County; Barlow and Oscar in Ballard County; at Providence in Webster County; Green Plains, New Providence and Murray in Calloway County; Oak Grove, near Fulton; Scale, in Marshall County, Wysox, Ohio County, and in Paducah, all in western Kentucky.

Reports from him and others were sent to be published in the Gospel Advocate from locations in Tennessee, like: Miller’s Chapel, Dyer County; Vale, in Monroe County; Green Plains church of Christ, near Hazel, Calloway County; Holliday, in Benton County; at Keefe and at Jones Chapel, near Tiptonville in Lake County; Parrish Schoolhouse, in Latham, and Knob Creek, near Dukedom in Weakley County; at Hornbeak and Bethel in Obion County; Blood River, in Henry County; locations as far south as Hardin County; Clifton, in Wayne County; at Scott’s Hill, in Henderson County; Clarksburg, in Carroll County; Bethany, near Trenton; Stayton, in Dickson County; Bethany, near Trenton; at Hatler’s Chapel in Martin; and Miller’s Chapel, near Dyersburg. He traveled briefly into Mississippi to preach to the gospel at Cross Roads, near Senatobia.

Over in Missouri reports were sent in from gospel meetings at Herculaneum in Jefferson County; at Dirk School in Montgomery County; at Matthews in New Madrid County; Cardwell, in Dunklin County; and at Antioch in Clark County.

North of him in Illinois he preached at Berea, near Ridenhower; Dixon Springs, Pope County; Dongola, Union County; at Bethel, near Joppa, Massac County; Buncombe, Johnson County; and at Cairo, Alexander County.

During the time when prohibition received great attention, brother Ratcliffe joined the ranks of activists to have the destructive influence of alcohol eradicated from American Society.

When a young preacher, Joe was described by William Lipscomb as, “a stalwart young limb of the gospel.” (Gospel Advocate 07.12.1894.p440) N.B. Hardeman once said of him, “Brother Joe Ratcliffe is but a synonym for Bardwell, Ky.-mention the one and the other comes to mind. (Hardeman Tabernacle Sermons, Vol. 3, p.174). In his old age, Foy E. Wallace, Jr. wrote of his presence and influence in western Kentucky, “Brother Joseph Ratcliffe, still living, is the pioneer of this section, and his influence is still exerted for the old paths.” (The Present Truth, p.270). One sister wrote, “Brother Ratcliffe is a noble-hearted, zealous defender of the gospel of Christ.” (Lizzie L. Caverhill, GA, 11.19.1896, p.748) W.A. Midyett wrote of brother Ratcliffe’s meeting at Kenton, Kenton County, Kentucky, “Brother Ratcliffe is a sound gospel preacher, content to 'preach the word,' and shunning the Innovations of men.” (GA, 10.31.1901,p.700)

Joe baptized long time preacher A.O. Colley (1847-1951), who called him “my father in the gospel. Under his preaching I obeyed the gospel and started in the divine life.” (GA, 05.18.1899, p.317). Brother Colley preached several years in Fulton, Kentucky. When he moved to Texas to preach, he invited brother Ratcliffe to go out there to preach some meetings in the summer of 1913. He went back to Texas in 1917 where he preached at Claude and other places.

On July 10, 1930, Joe’s dear wife, Jennie, passed away. After her passing, he made a preaching trip out to Oklahoma, and returned to his home soon thereafter. As age prevented a lot of meeting work, he appeared occationally in different places, but by in large his ministry was slowing down. A letter from A.O. Colley arrived at the offices of the Gospel Advocate, On July 30, 1933 of the sad news of the passing of brother Joe Ratcliffe. The obituary in its entirety appears below. His burial followed next to his Jennie in the Old Bardwell Cemetery. Thus, came to an end the earthly life and ministry of brother Joe Ratcliffe, a great man of God, and tremenous force for the gospel in western Kentucky and beyond.

Sister Jennie Bodkin Ratcliffe, wife of Brother Joe Ratcliffe, one of God’s noble gospel preachers, passed away at her home in Bardwell, Ky., on July 10, 1930.

Sister Ratcliffe was born on August 12, 1868, and became a Christian early in life. Just a few months before she was seventeen years old, she was married to Brother Joe Ratcliffe, who was then a promising young gospel preacher of about one year’s experience. Together they lived for forty-five years. Through all these years she kept their little home in Bardwell—loved, labored, and sacrificed—while Brother Ratcliffe went forth to break the bread of life to the immortal souls of men. Surely Sister Ratcliffe was earth’s greatest factor in making her husband the sound and noble preacher he is; and I believe she will share with him in the eternal reward for whatever successes he has attained, and whatever victories he has won.

About two weeks before her death she was stricken with paralysis. Several physicians were called and all was done that they knew to do; but another stroke followed a few days after the first, which left her unconscious, and the whole body paralyzed, it seemed. In this unconscious state she lay for about four days; then, without the least struggle, without even a gasp, her spirit departed for the unseen and the unknown.

In the little brick meetinghouse where she had worshiped for so many years, her body was taken and a simple little service was held. A few appropriate songs were led by Brother A. J. Veteto, a prayer was led by Brother D. D. Woody, and I tried to speak words of comfort and consolation to Brother Ratcliffe and the sympathetic friends and brethren that had assembled. Then the body was laid to rest in the cemetery near Bardwell, Ky.

RATCLIFFE. - News has just reached me that Brother Joe Ratcliffe of Bardwell, Ky, has just answered the last roll call. I am made to think of the expression of the poet, "Friends who have loved me are slipping away." I believe he loved me, I am sure I loved him. His leaving this earth brings many remembrances into my mind of useful days. He was one of the clearest speakers when it came to the plan of salvation--“how the Lord saves a sinner"--I have ever heard. He was preaching his soul-stirring sermon on "Salvation by Grace" the night I gave him my hand and promised the Lord my life, while the brethren were singing, "I am bound for the promised land." I believe Brother Ratcliffe has kept his eye on that "promised land." Since that time I have tried to do so myself. I hope one day to meet him, "Just over there."

He was my friend and brother. My success was his joy. If he knew I was sick or unhappy, he was unhappy. When I first came to Texas, he seemed to miss me much and wrote me to come back. "You are a stranger there, and all of us know you here," he wrote, "Here is where your friends are, and It is as near to heaven from good old Kentucky as from anywhere on the globe." I went back that time, and we spent many more happy days together, but soon duty called me away from him again.

I wish I could have been among the many friends to have ministered unto him in his last hours, but he did not need me. Friends laid him to rest in the resting place for the body, with ceremonies and talks from faithful brethren, as he had laid multitudes of others to rest with his kind words. Had it not been that I was "far away," I would have personally appeared at the final resting place of that noble body. I heard him talk over my brother's body just a few weeks ago near Fulton, Ky. He was feeble then, and told me that it would not be long until he must go. I believe he has "gone home," where there will be no more death.

He always referred to me as his "Timothy." He counseled me as a father. I shall miss him when I go back to our old home. He was truly "a soldier of the cross." No nobler soldier ever laid his armor down than he. I believe a "crown" awaited him.

Obituary from the Paducah, Kentucky Newspaper 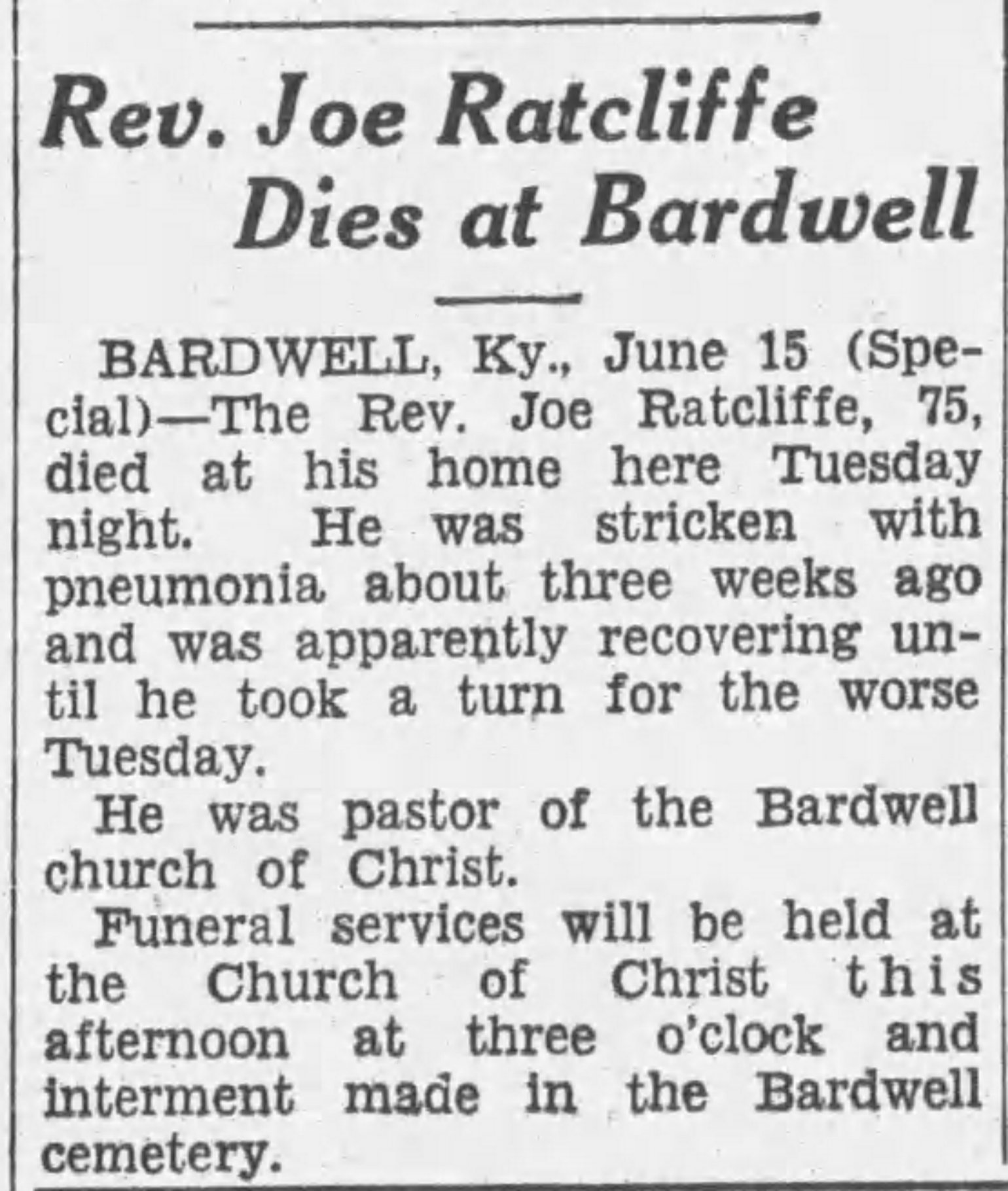 The Old Bardwell Cemetery is just out of Bardwell, Carlisle, Kentucky. To find the grave, utilize mapping and GPS below as it designates the exact location of the grave in the cemetery. Joe is buried next to his wife Jennie, and they two are in the family plot of her people, the Bodkin family. 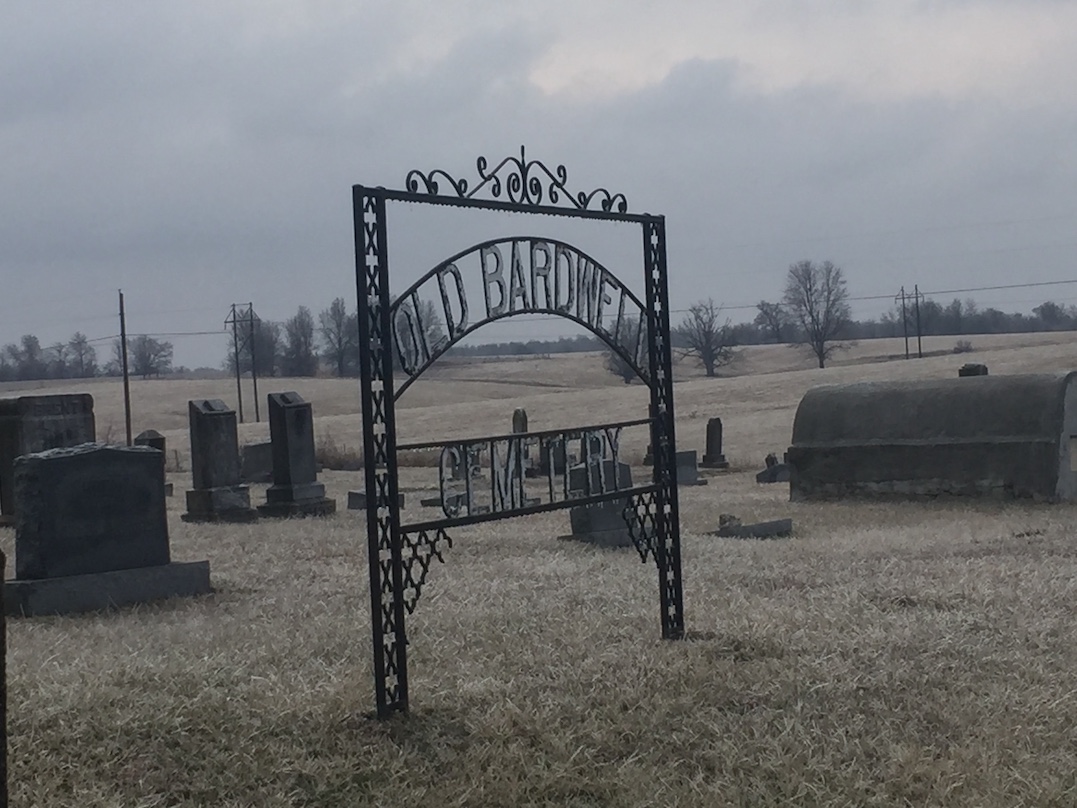 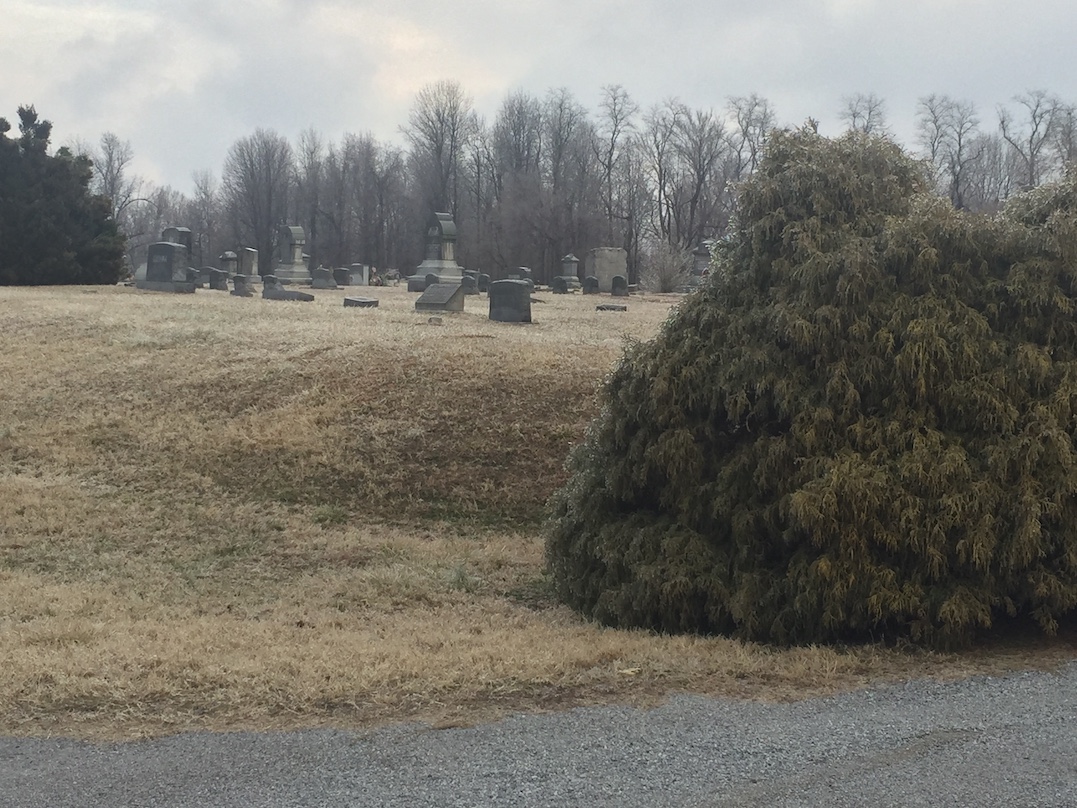 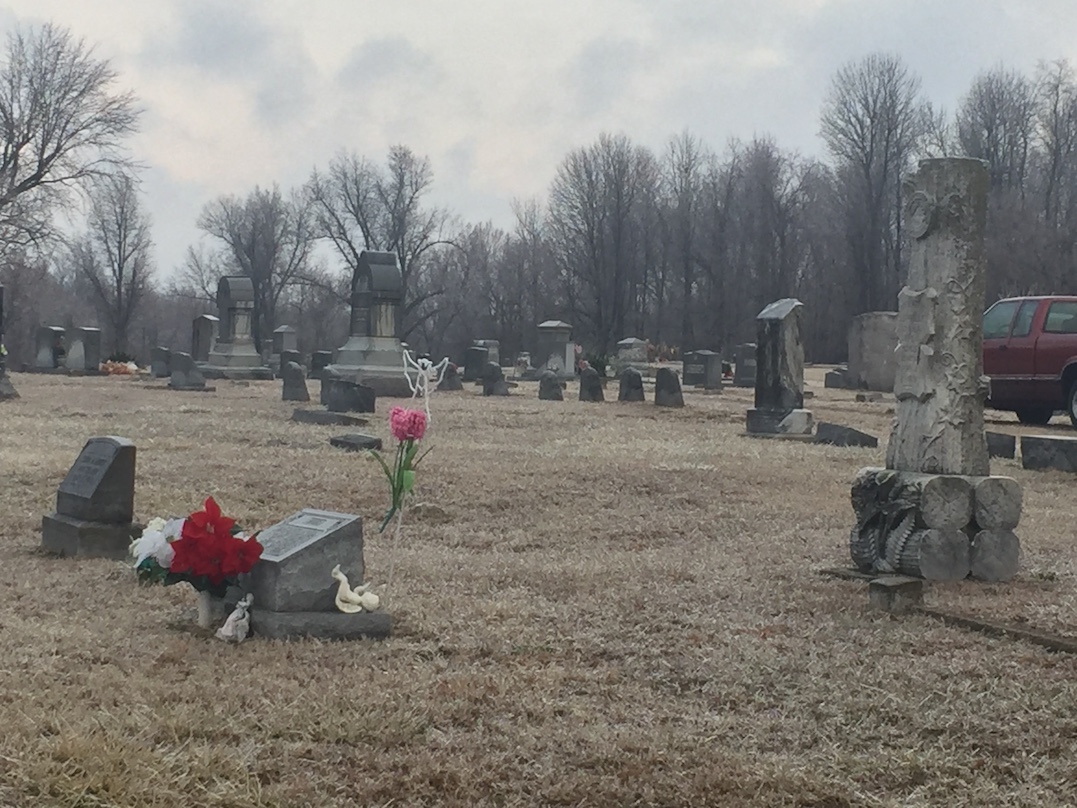 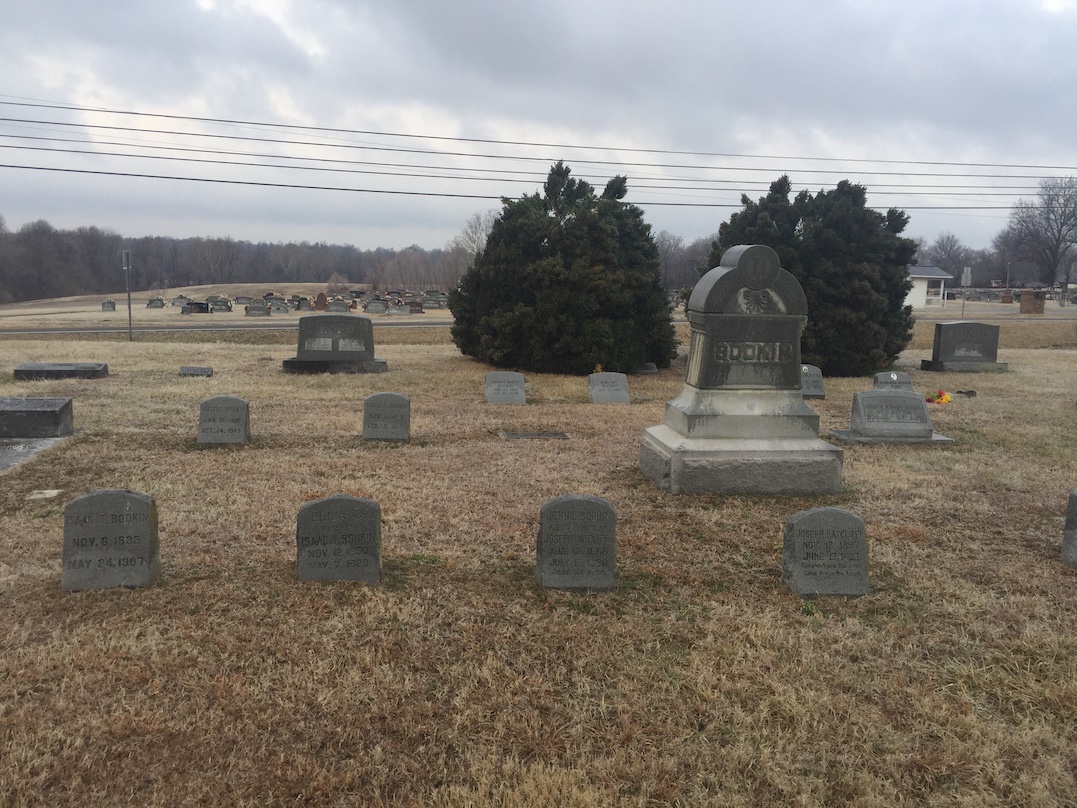 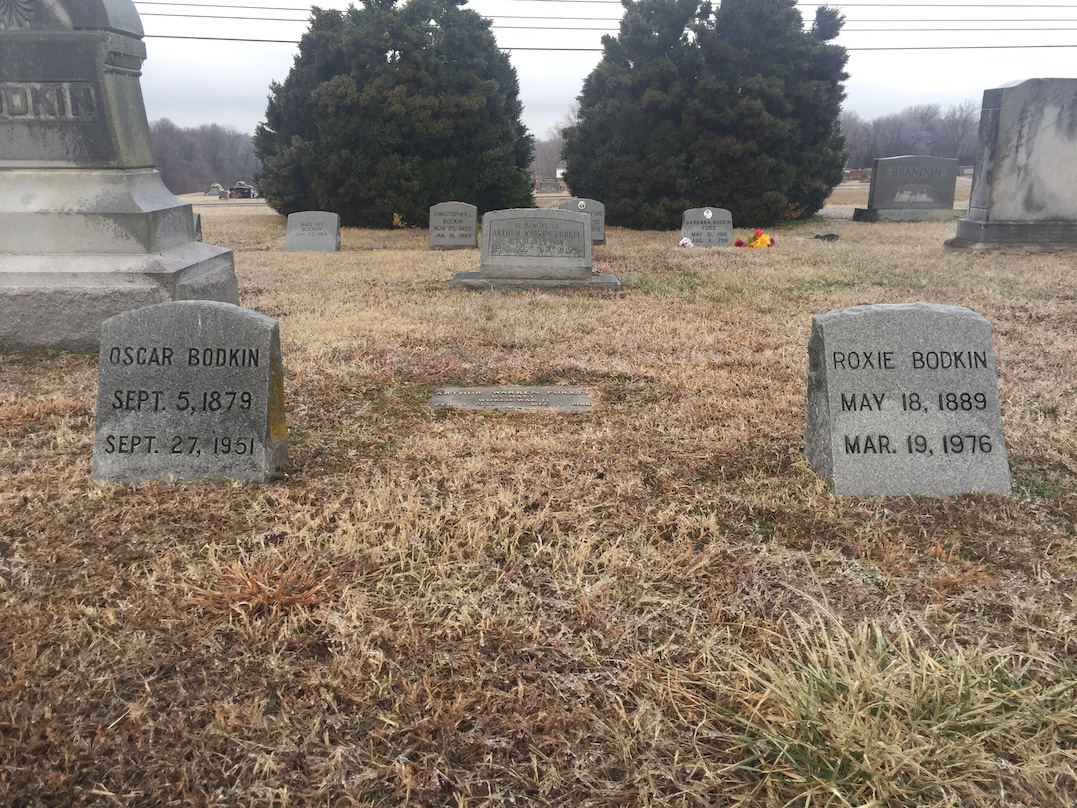 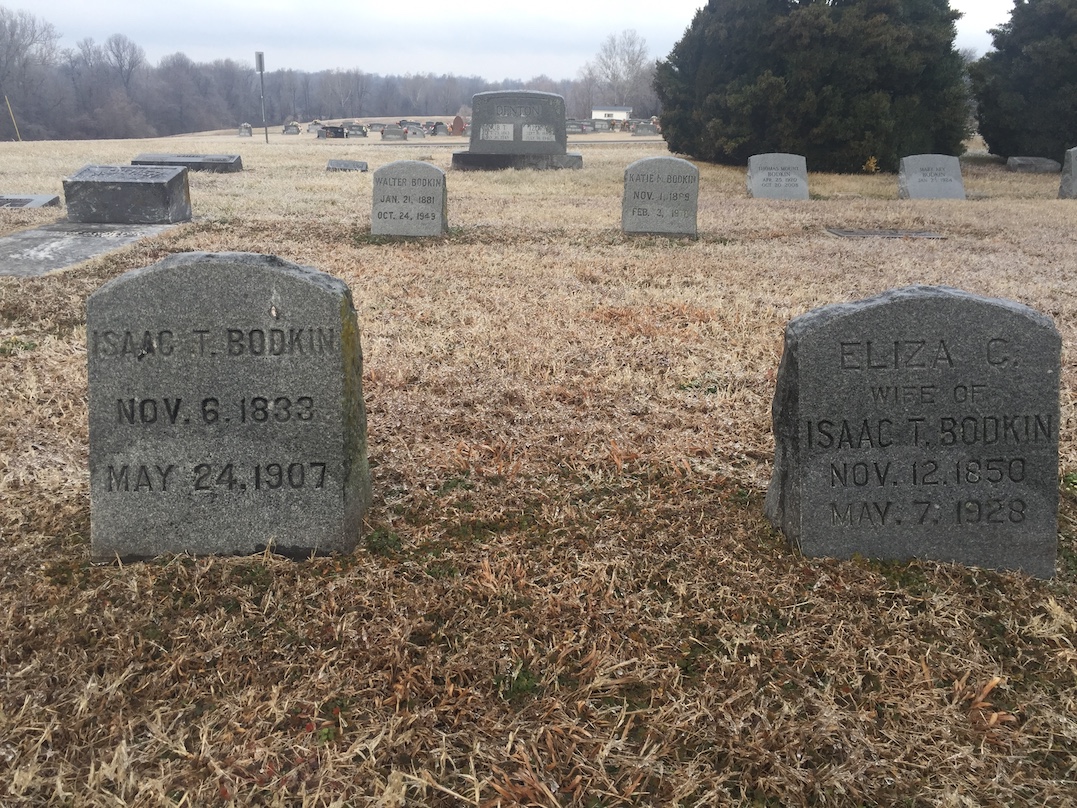 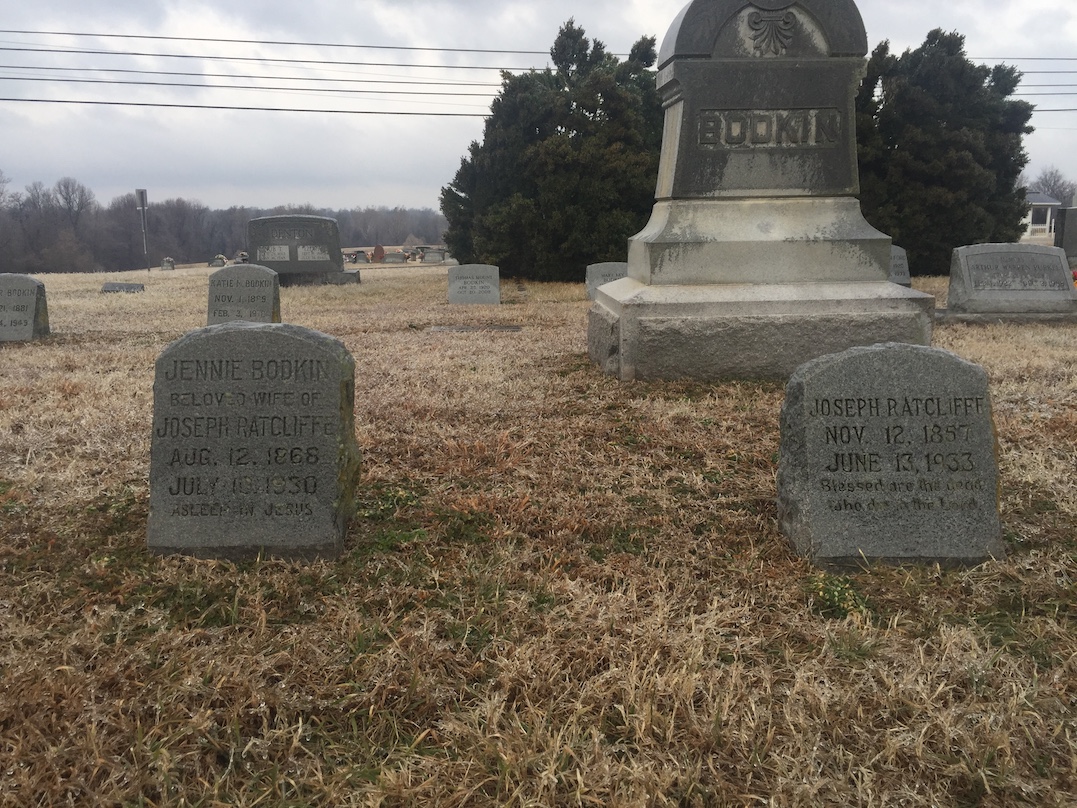 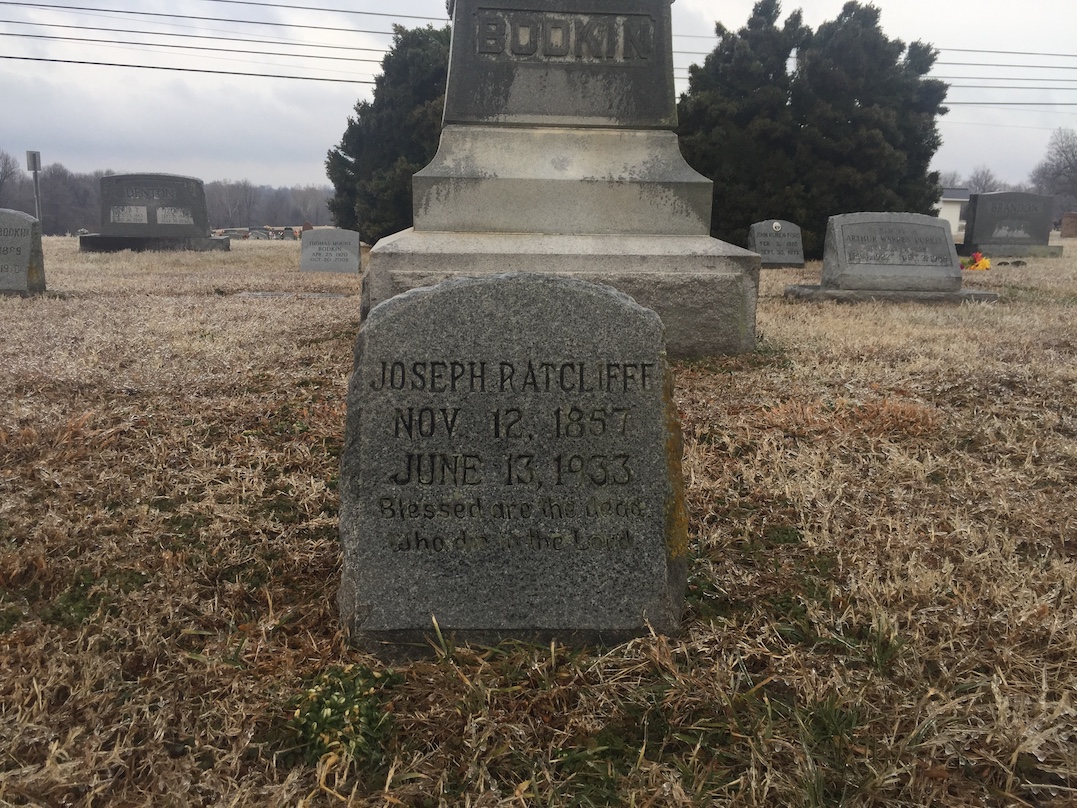