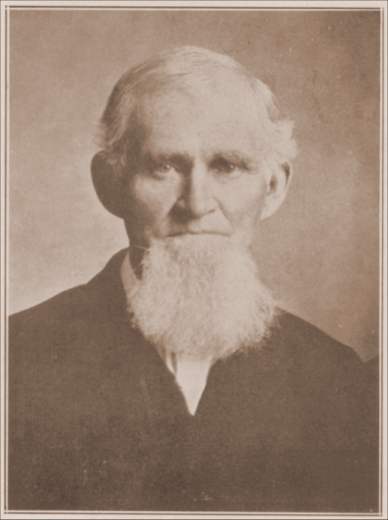 Biographical Sketch On The Life Of B.F. Rogers

The subject of this sketch is another one of those men who have wrought nobly without the hope of earthly reward or encouraged by the plaudits of men. He filled his mission as a humble servant of God and left his imprint stamped deeply upon the lives of those with whom he had to do.

Benjamin Franklin Rogers was born near Bloomington, Ind., March 31, 1840. He was educated in the common schools of Indiana and attended the University of Indiana, graduating from that university with honors. He taught for some time in his native State, and moved to Kentucky in 1870. He came to Barren County to teach. He taught near Glasgow and then at Cave City, and in 1873 he came to Rich Pond. He had married in 1871 at Glasgow. His wife was Miss Mary F. Jordan.

Brother Rogers combined preaching and teaching. Wherever he taught, he was able to find those who were anxious to listen to the preaching of the gospel. He taught the Bible in his school, and impressed upon the young and tender minds of his students reverence for God and the importance of obedience to his commands. He had splendid opportunities to teach his students the word of God, and he felt his responsibility to them and to God.

He labored under the conviction that he should not neglect the teaching of the Bible to those whom he taught the rudiments of an education. His was a youthful occupation. Teaching and preaching is a combination which gives one great advantage. He could teach young people and at the same time gain their confidence and teach them the word of God. He appreciated his opportunities and thanked God that he was so privileged to teach young people the wisdom from on high.

When he came to Rich Pond to teach, he began also to preach. He found much opposition to his preaching in that community. The simple teachings of the Bible were unknown in that community at that time. Sectarianism had taken deep hold on the minds and lives of the people, and, in addition to this, there was strong prejudice against the New Testament church. In 1874 he had Brother E. G. Sewell to come to Rich Pond and preach. Brother Sewell's preaching strengthened his own efforts. Brother Rogers prevailed upon the proper authorities to let him use the Methodist church house, which was located about two miles from Rich Pond. It was not long until the Methodists opposed the teaching which was being done in their house. They were determined to stop such teaching as Brother Rogers was doing. They challenged him for a debate. Brother Rogers thought that it would be better to get another preacher to represent the cause of Christ. The Methodists put forward their strongest man, T. C. Frogge, to represent them, and Brother Rogers got Brother E. G. Sewell to represent the teachings of the New Testament. This discussion resulted in much good, and soon the church was established at Rich Pond. The church had a steady growth under the guidance of Brother Rogers. Brother Rogers remained at Rich Pond for many years.

Brother Rogers lived a life consistent with the spirit and teachings of Christ. His life counted as much or more for the cause of Christ in that community than did his public preaching. The good congregation at Rich Pond is largely the result of the noble life which he lived in that community. He was a kind-hearted man, intelligent, and well informed in the teachings of the Bible. He loved the truth and made great sacrifices in establishing the truth. He continued to teach school and to preach the gospel. He preached in the surrounding counties in South Kentucky. There are congregations in South Kentucky now that owe their existence to the efforts of B.F. Rogers, and there are other churches in that section of the State that were greatly strengthened by his teaching. Perhaps some of the congregations planted in South Kentucky would have died years ago had, it not been for the encouragement and help that Brother Rogers gave to them. His sacrifices will never be known this side of the judgment bar of God. Churches in South Kentucky should ever thank God that Brother Rogers lived and labored among them. Much of his travel was done on horseback. The night was never too dark and the distance was never too long for him to heed the call for help. Many who had heard the gospel, but had neglected obedience to it until stricken with disease, called for him at the eleventh hour to come and minister to them. Brother Rogers always went and instructed and comforted them with the hope of the gospel and the promises of God.

Brother Rogers was afflicted in his last days, but he bore his suffering with Christian patience and fortitude. He longed to go home and be at rest. He died at his home at Rich Pond, November 3, 1915, at the ripe age of seventy-five years. Funeral services were held by Brethren M. L. Moore and J. Pettey Ezell. His body was placed in the cemetery at Bowling Green, Ky., while his noble Spirit returned to God who rave it. Brother Hugh Potter, who still lives at Rich Pond, was a student of his and a lifelong friend. Brother Rogers' influence for righteousness is still felt in that community.

Directions To The Grave Of Ben F. Rogers

From I-65 at Bowling Green, Kentucky take Exit 26 (Hwy. 234). Go west on Hwy. 234 (Fairview Avenue) for about 2.0 miles. Enter the main entrance to the Fairview Cemetery on your right (north side of street). Bear to the left beside the chapel. Section C will be on your right. Just past schapel come to small fountain on your left. Stop. From the north side of the pavement across from the fountain go 30 feet north (Section C) to Rogers' marker. it is in the third row of markers. It is a medium gray color about 4 feet high and 3 feet wide. The lettering is on the north side of the marker.
Rogers is buried in Section C1 - Lot #C-300 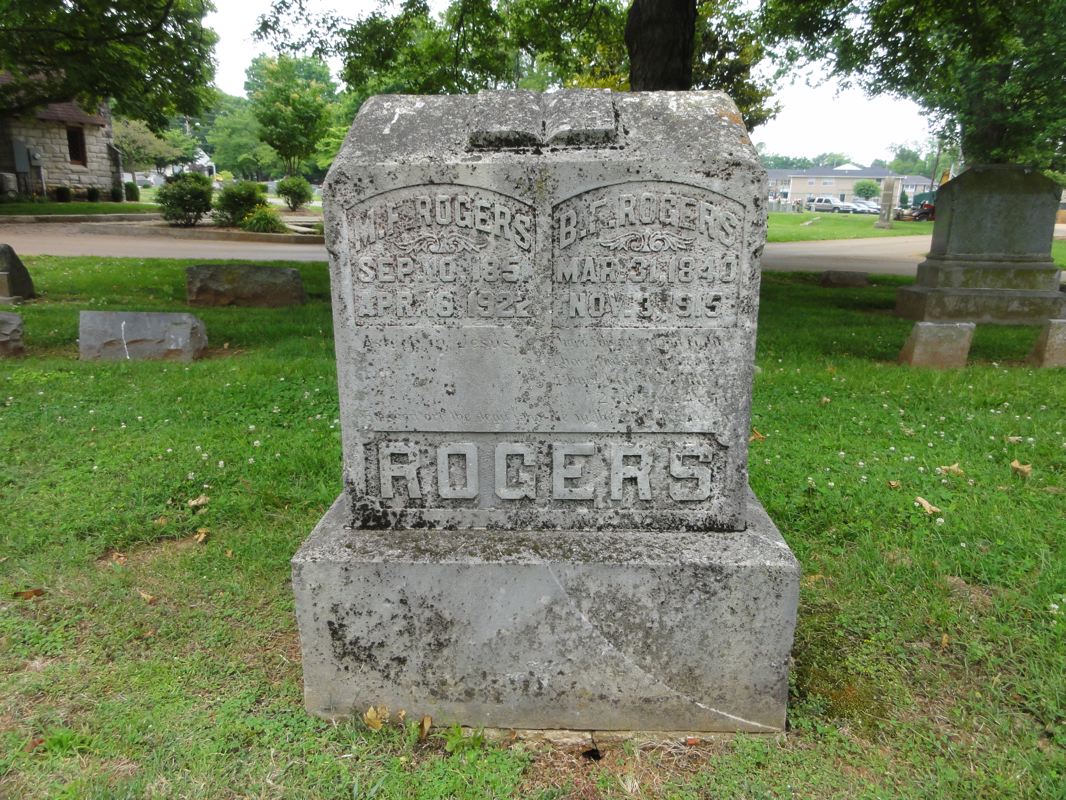 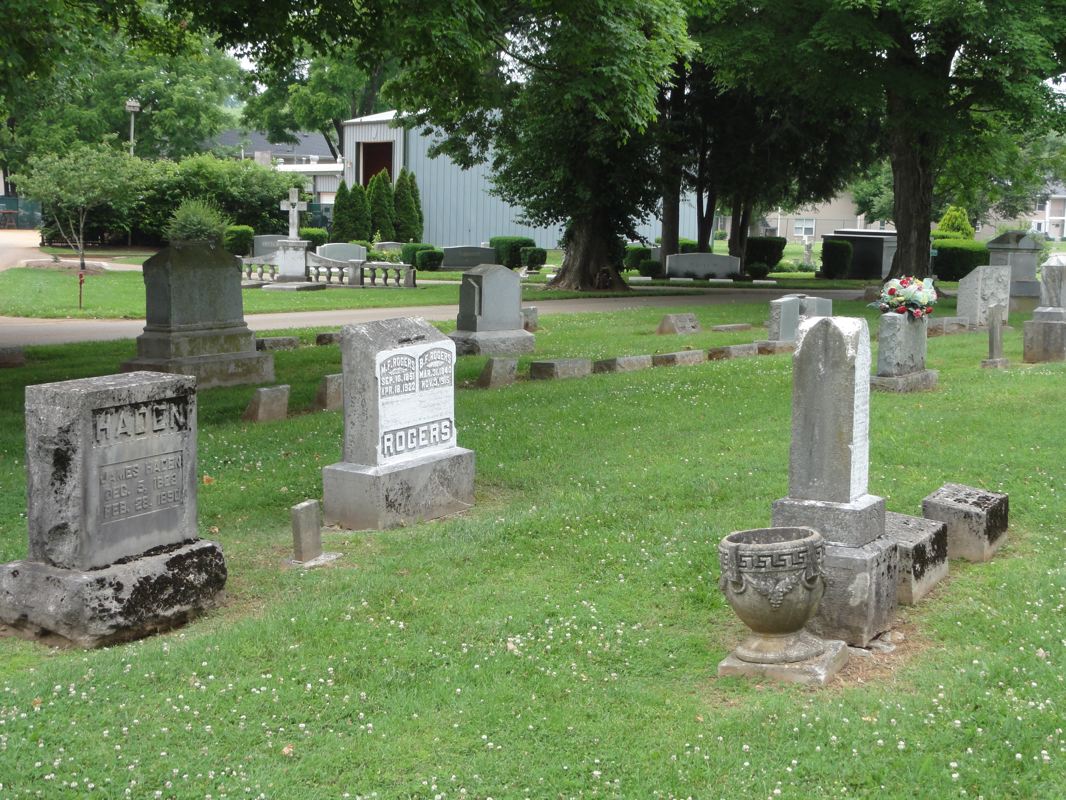 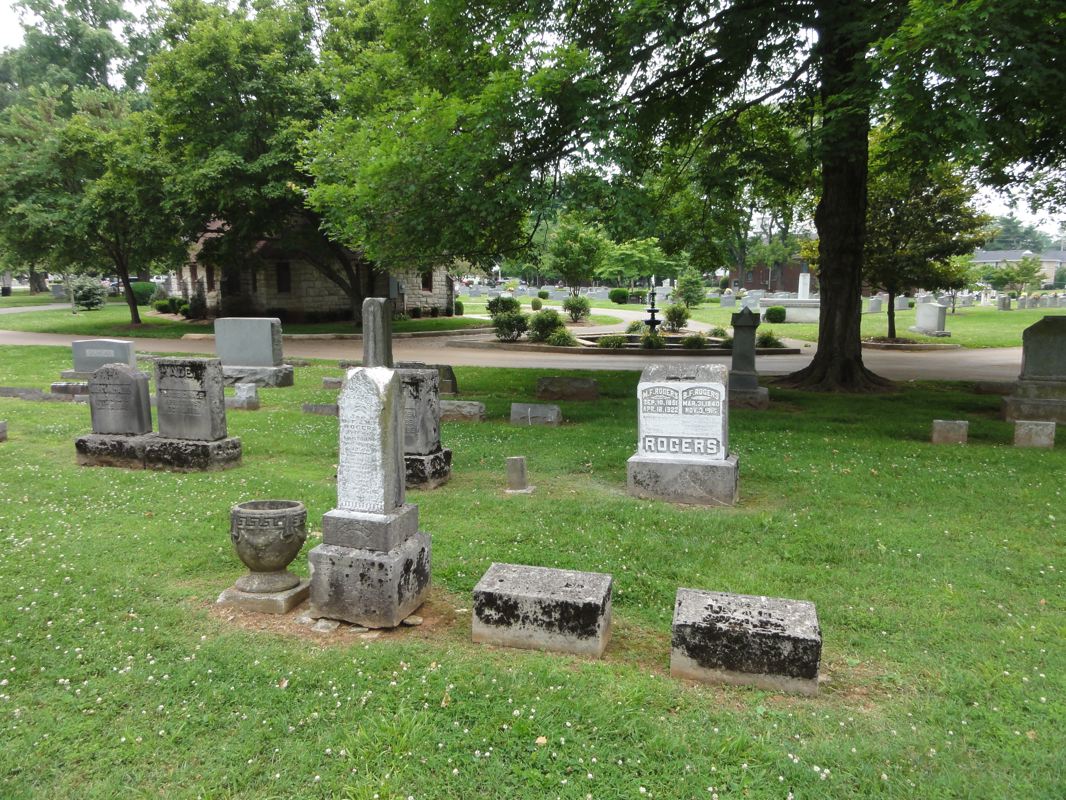 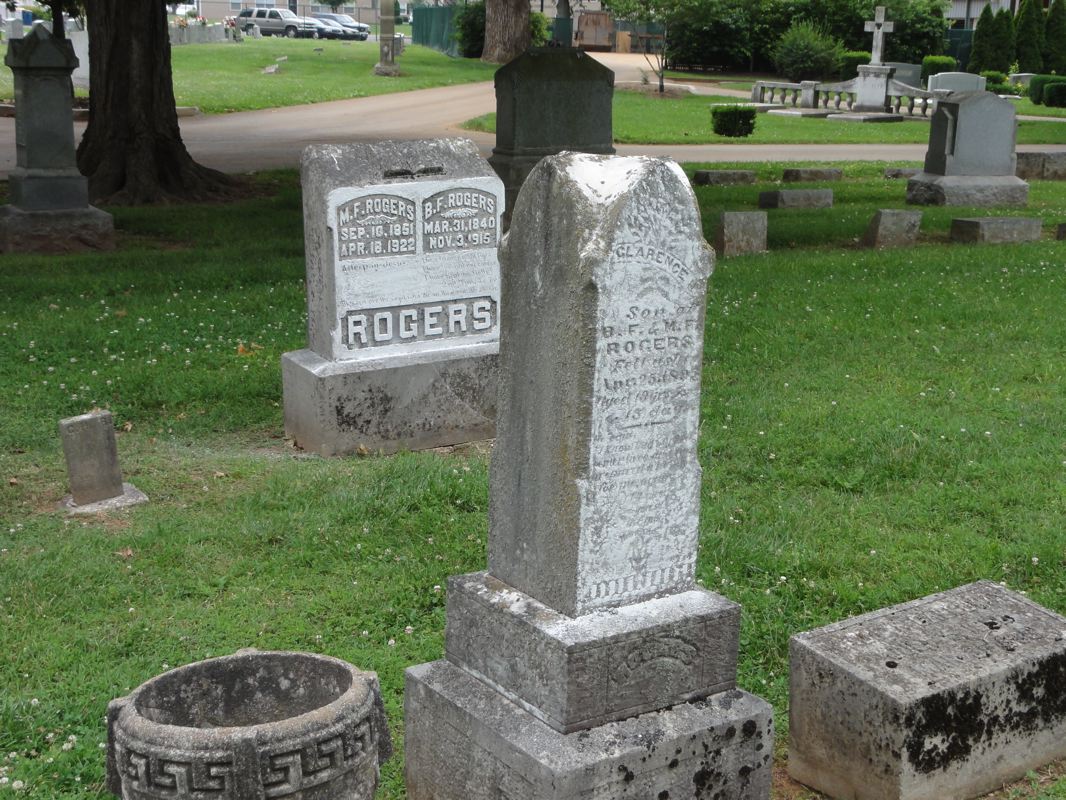 Web Editor's Note: The day I visited the grave of B.F. Rogers, I had just begun a week's Restoration Research trip with my dear friend Tom L. Childers. B.F. Roger's grave was early on our list of preacher's graves to be found. Also buried here are James A. Harding and J. Pettey Ezell. This was about the third or fourth time to visit this grave, but one that is always a blessing to visit.