Significance Of The Grave Marker Of William Rogers

William Rogers, along with his father, Nathaniel Rogers, were leaders in the church at Cane Ridge, Kentucky in the early 1800s. It was reported that the served in various capacities among their brothers and sisters at Cane Ridge church of Christ. At one time William was the treasurer for the church. There are some significant things that should be pointed out concerning the grave marker that identifies William Rogers' gravesite. Much has to do with the dates on the marker, as well as the fact that it says that he identified with the church of Christ at Cane Ridge.

A point of verification given by the Rogers monument is the designation, "Church of Christ." Those who participated in the development of the American Restoration Movement desired to do Bible things in Bible ways. They desired to speak where the Bible speaks, and remain silent where the Bible is silent. They desired to use Bible names. There are a number of names used in the New Testament to describe the church that Jesus built. One such name is found in Romans 16:16 - "the churches of Christ salute you." There was common understanding that such an identification should never be a title, but a designation. The desire was to be the church that belongs to Christ, or the Church of Christ. See a closeup of the Rogers' grave marker below.

Location of The Grave of William Rogers

The Rogers family plot is in the old cemetery at Cane Ridge Meeting House near Paris, Kentucky. Heading north out of Paris on Hwy. 68. After crossing the old Stoner Creek bridge. Turn right on Hwy. 460. Go a few hundred yards and then turn left on Co. Hwy. 537. The meeting house and cemetery will be about five miles out on the left. Head toward the meetinghouse and park in front of the large monuments in the front. You will see Barton Stone's monument as well as others. Head further into the tree filled cemetery, and look for a fenced-in plot. The Rogers will be found in one of those enclosed areas in the center of the cemetery. 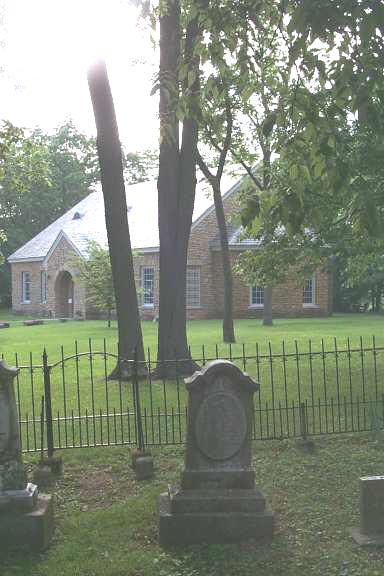 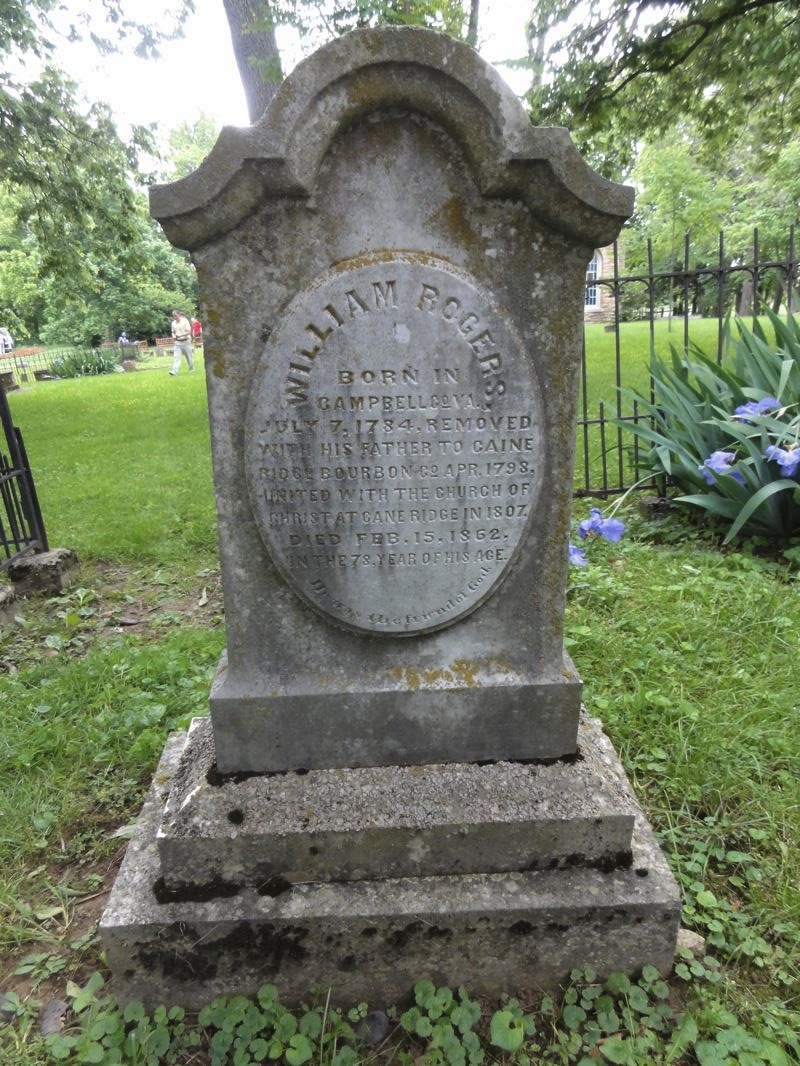 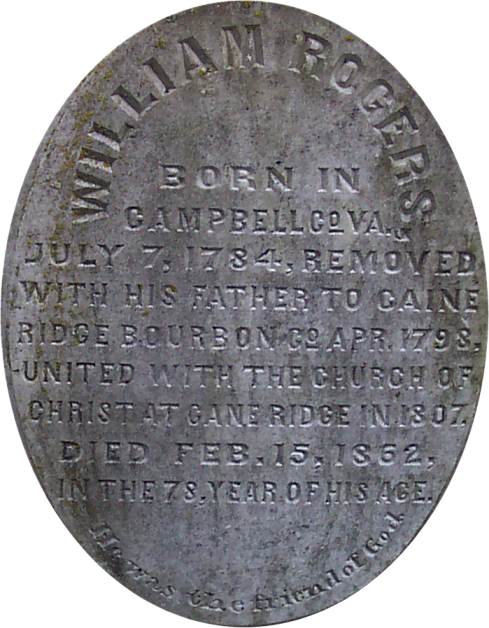 NOTE: For years those in Churches of Christ, Christian Churches and Disciples of Christ have been identified by some religious people as "Campbellites." Alexander Campbell and his father Thomas never sought to identify those under their influence as "Campbellites." Many times the name was evoked in less than a kind and respectful way. However, the desire of the Campbells was to simply be Disciples of Christ, and members of the Church of Christ, the one that began in the New Testament book of Acts. Roger's grave helps to bear out the fact that the American Restoration Movement is not to be identified as the "Campbellite" church. Read the stone below and note that William Rogers, with his father, became members of the Church of Christ at Cane Ridge in 1807. Similar wording appears on his father's marker. Thomas Campbell did not arrived in America until May 18, 1807. Alexander did not arrive until September 29, 1809. Neither had heard of the Church of Christ that met at Cane Ridge until years later. The Campbells remained among the Baptists until as late as 1830. Hence, writings in stone help to verify that the group the Campbells united with New Years Day 1832 had considered themselves as Christians, and that as a body, were members of the church of Christ many years before. 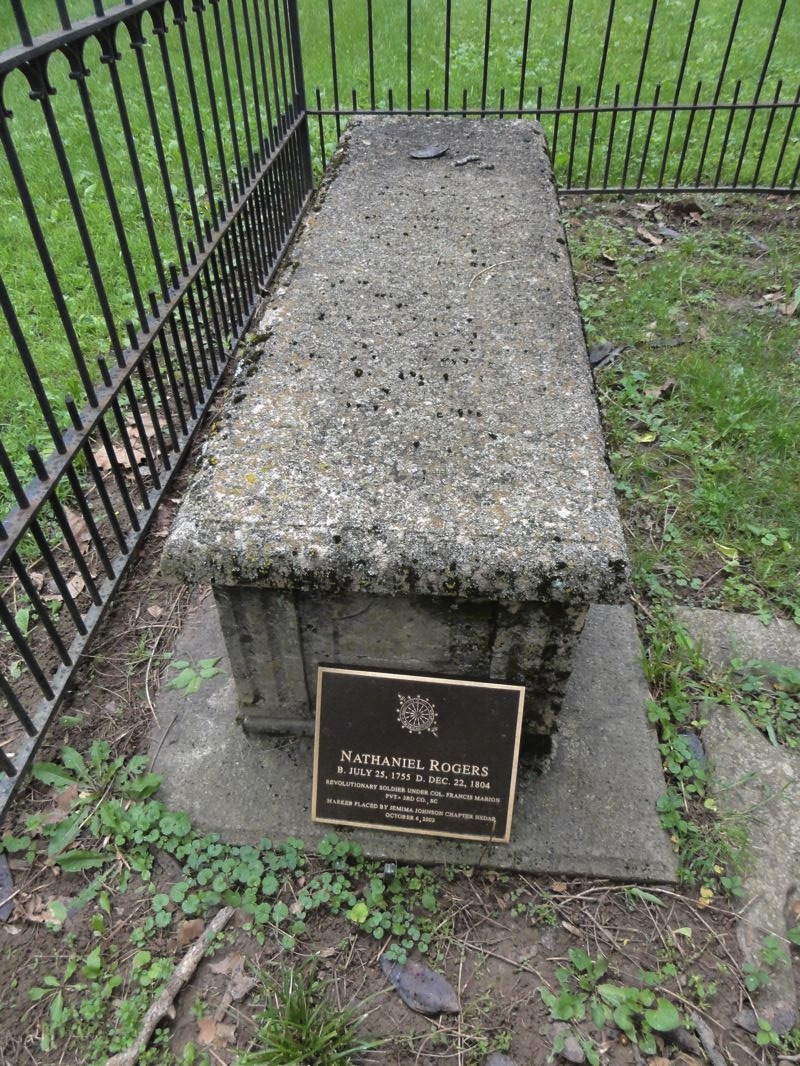 The solid limestone grave marker belonging to Nathaniel Rogers has faded over the years.
The lengthy inscription is all but gone. In years past the words were transcribed and preserved as follows:

Here lies
Nathaniel Rogers
who was born July 25, 1755.
He was a member of the Convention which
formed the Constitution of Kentucky in 1799.
What is of far more consequence, he was a member of the
Church of Christ in the bosom of which he died on the
22nd day of December 1804,
at the age of 49 years
and reposes here amid those whom he loved so well.
His only son from a sentiment of respect consecrates
this stone to his memory.

Old Homeplace of the Rogers Family 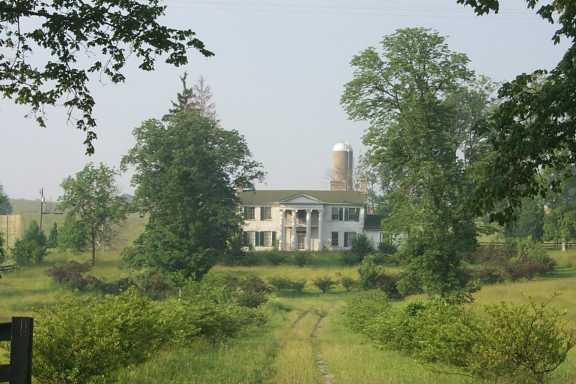 Home of Warren Rogers, Son Of William Rogers, near Cane Ridge before restoration

Recent Photos After Restoration - May, 2011 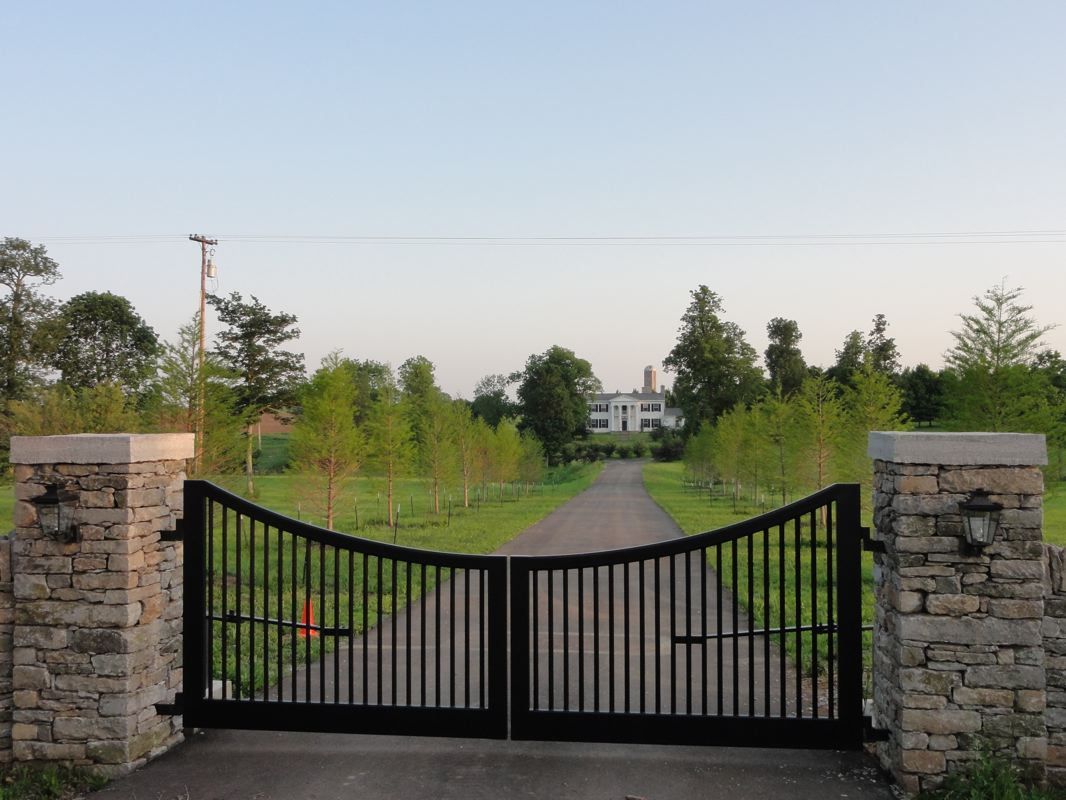 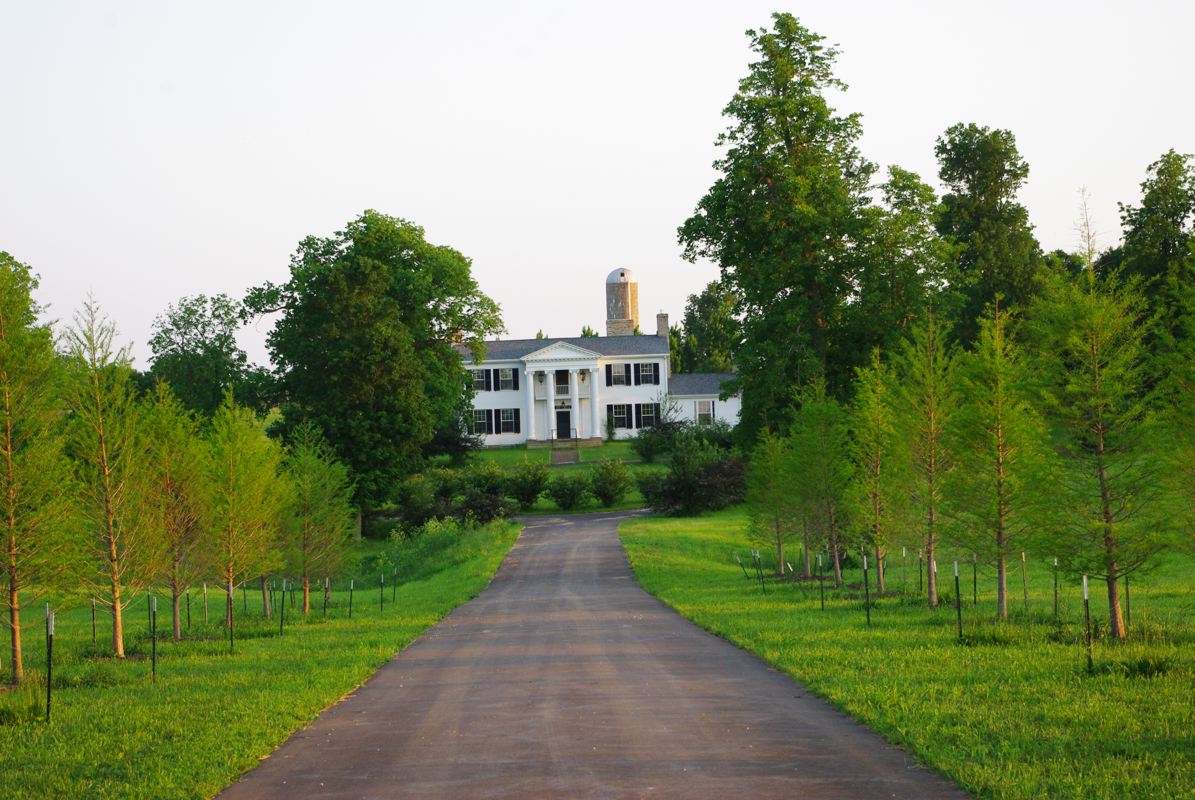