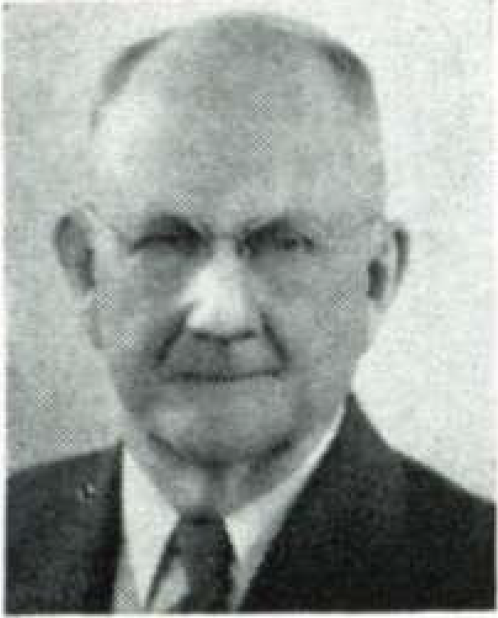 The Life Of J.E. Thornberry

J.E. Thornberry was born in Shepherdsville, Kentucky, July 27, 1876. He was baptized by J.N. Armstrong in 1904. He began preaching in Bowling Green, Kentucky in in 1906. He was trained by Armstrong has his father-in-law, James A. Harding at Potter Bible College. He furthered his education at Baptist Seminary in Louisville, Kentucky.

He began preaching in Sellersburg, Indiana in 1907. In 1911, he moved to Lawrenceburg, Tennessee and preached there. While in that region he became good friends with J.H. Stribbling and Robert H. Boll. Stribbling was a business man who help Thornberry and Boll start a high school program in the community. In 1922, brother Thornberry began traveling down to Florence to preach for the church at Mars Hill. He preached for them until 1948, while continuing to live in Lawrenceburg and teaching. While there he taught Bible in Lawrence County High School for 18 years, and served 5 years a co-principal, and served eight years as vice-president of the First National Bank. He served four years as principal of Loretto High School in Loretto, Tennessee, before returning to his hometown of Shepherdsville, Kentucky.

Through the years he was a most successful evangelist, preaching meetings in different places with much success. He baptized many in these meetings as well as in the Lawrenceburg and Shoals area. Once young man, John B. Gaither, of Lawrenceburg, was baptized by brother Thornberry and spent the remainder of his life as a gospel preacher. As brother Thornberry had the opportunity he continued teaching Bible classes at his home congregation, Salem, until his health forced him to quit.

Brother Thornberry never married. He remained fully committed to the cause of Christ all his days. He passed from this life, August 18, 1963 after suffering a severe bout of Pneumonia. Following this funeral his body was laid to rest in the Hebron Cemetery in Brooks, Kentucky. 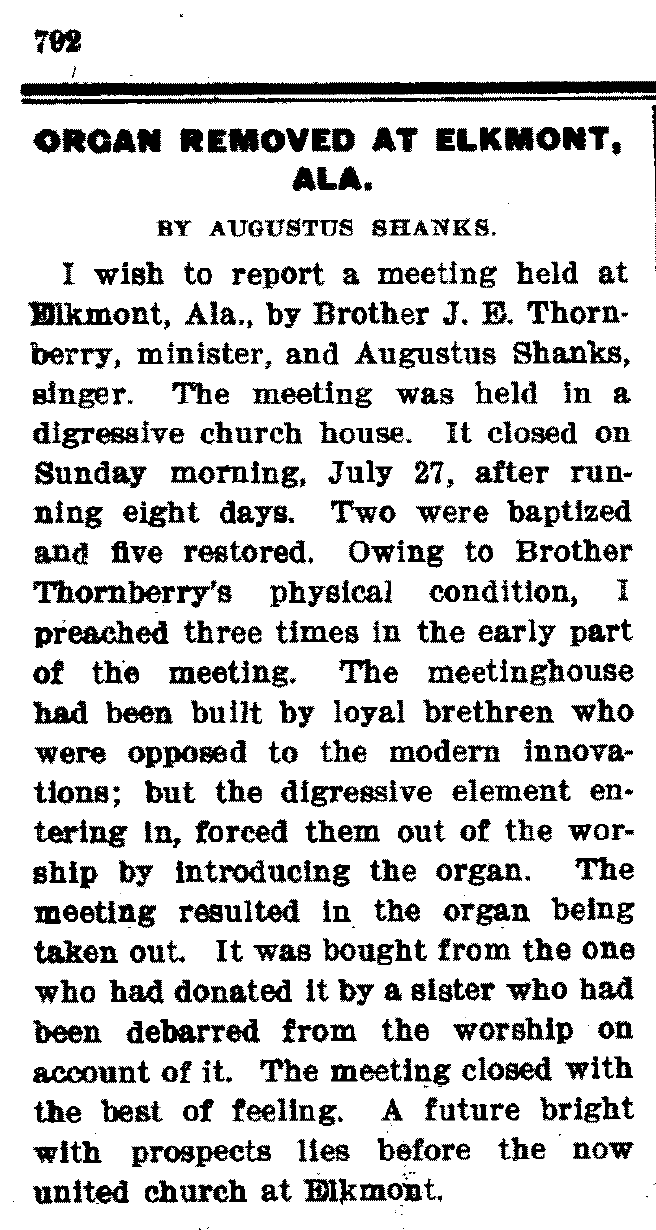 On August 18, 1963, the Lord called J. E. Thornberry home to be with him. During the eighty-seven years of his life, Brother Thornberry won many souls to Christ, set many listless hands to work in the Masters service, encouraged the weary and set an unexcelled example of Christian living. Brother Thornberry spent some thirty-five years at Lawrenceburg, Tenn., before returning to his native Kentucky in 1945. The success of his labors at Lawrenceburg was evidenced when he returned for a visit in 1962 and received a great welcome. Upon his return to Bullitt County, Ky., Brother Thornberry directed his leadership to the Salem church of Christ. His wisdom, sincerity, patience and understanding of Gods will has left its imprint upon the minds of all with whom he came in contact. Mere words cannot portray the character of J. E. Thornberry. Mortal minds cannot appreciate his devotion to God. Truly this great man has provoked us to emulation. He will ever be remembered.

Directions To The Grave of J.E. Thornberry

South of Louisville, Kentucky, take I-65 to the town of Brooks. Take exit to John Harper Hwy./ Hwy. 1526 to the east. Cross N. Preston Hwy., and take the next right on Lodie Drive. Enter the Hebron Cemetery on the left. Go to the second turn to the right, and turn right. In the second section on the left is the grave of J.E. Thornberry. See GPS and photos below for exact location. 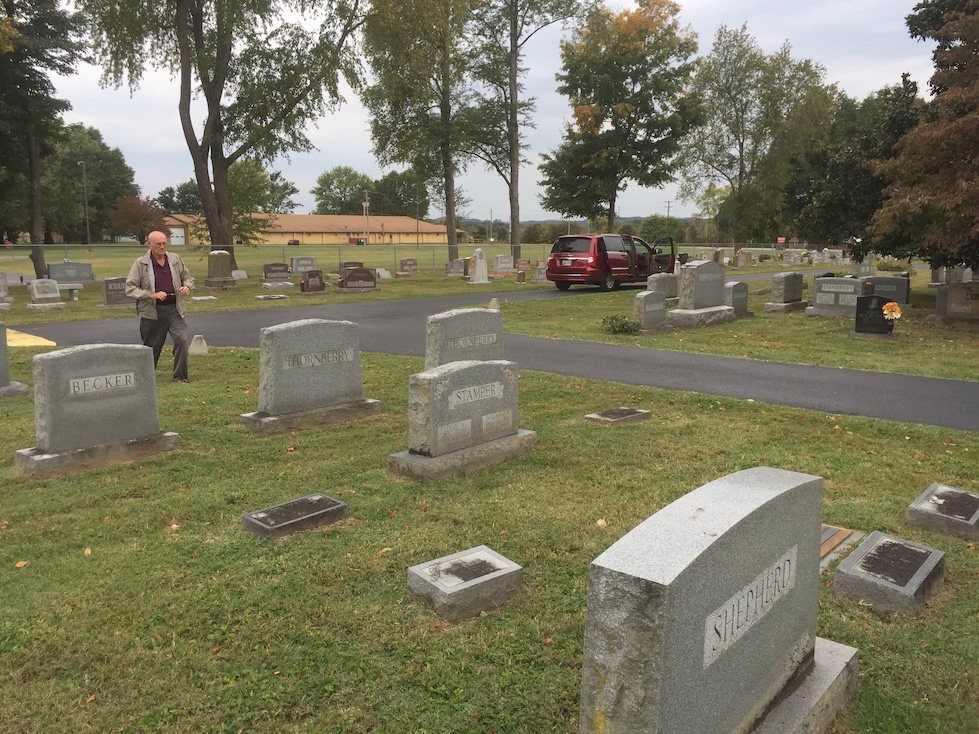 Tom L. Childers at the grave of J.E. Thornberry 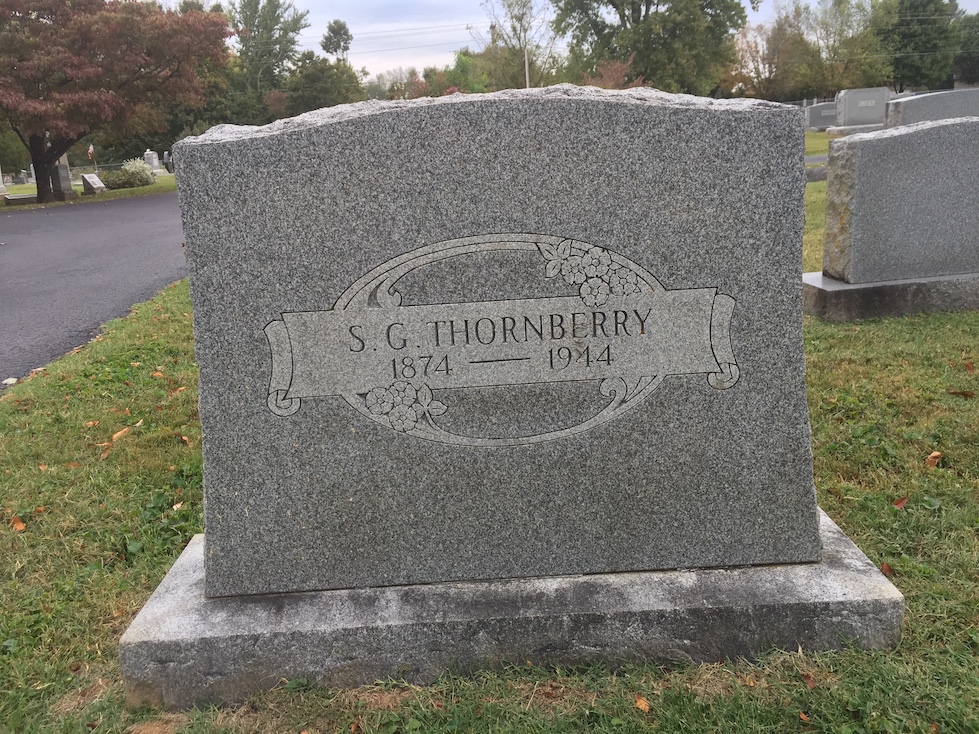 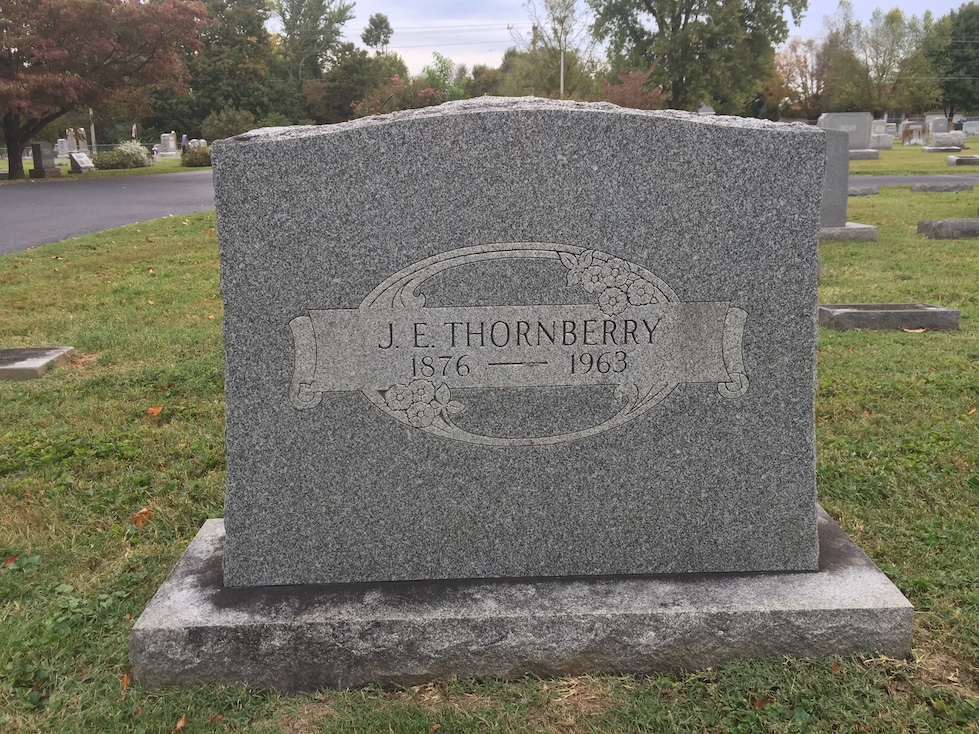