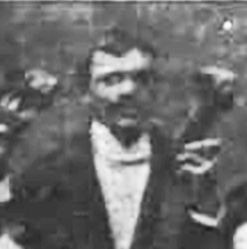 Robert A. Zahn was born the 7th of December 1868 in Louisville, Kentucky. He was the son of Karl Friedrich “Charles” and Anna Sophia Drees Zahn. He married Helen Lulie Klingman, the sister of George Klingman on December 31, 1895.

R.A. Zahn was a member and minister for churches of Christ. He traveled and preached in meeting work all over the United States. For a good bit of time he was the preacher for the Portland Avenue church of Christ Mission.

There Is A Sea
by Lulie Klingman Zahn 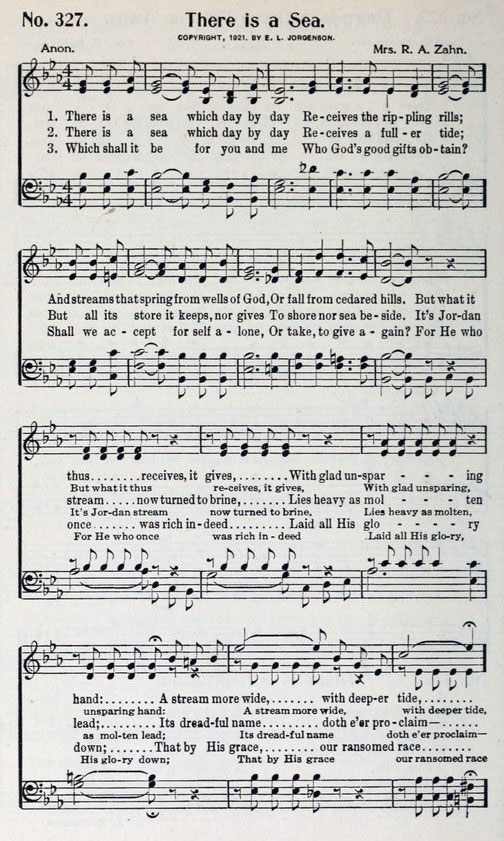 Lulie Klingman Zahn was born November 6, 1876; she departed this life "to be at home with the Lord" June 7, 1948. She was the wife of R. A. Zahn, a minister of the gospel; a sister of G. A. Klingman (deceased); F. L. Klingman, of Louisville, Ky.; J. A. Klingman, of Atlanta, Ga.; C. C. Klingman, of Honey Grove, Texas; W. G. Klingman, of Dalhart, Texas; Mrs. W. L. Bingham (deceased); and Mrs. C. G. Vincent (deceased). She lived an ardent Christian from the time she was very young. She was always active in church work, having taught Bible classes for women and children for more than fifty years in many places where she had been privileged to work for the Lord. She had a great influence with her husband in encouraging him to give himself to the work of the ministry. Her self-sacrificing spirit enabled them to work in many places "in the vineyard of the Lord," even when the support was meager; but all necessary privations were cheerfully endured for the Lord's sake. Many of the children now grown to maturity cherish the memory of the sweet associations and "will arise to call her blessed." Her work for the Lord, like her song, "There Is a Sea," lend inspiration to carry on for the Master "till he come"; and so she, "though she be dead. yet speaketh."-R. A. ZAHN. 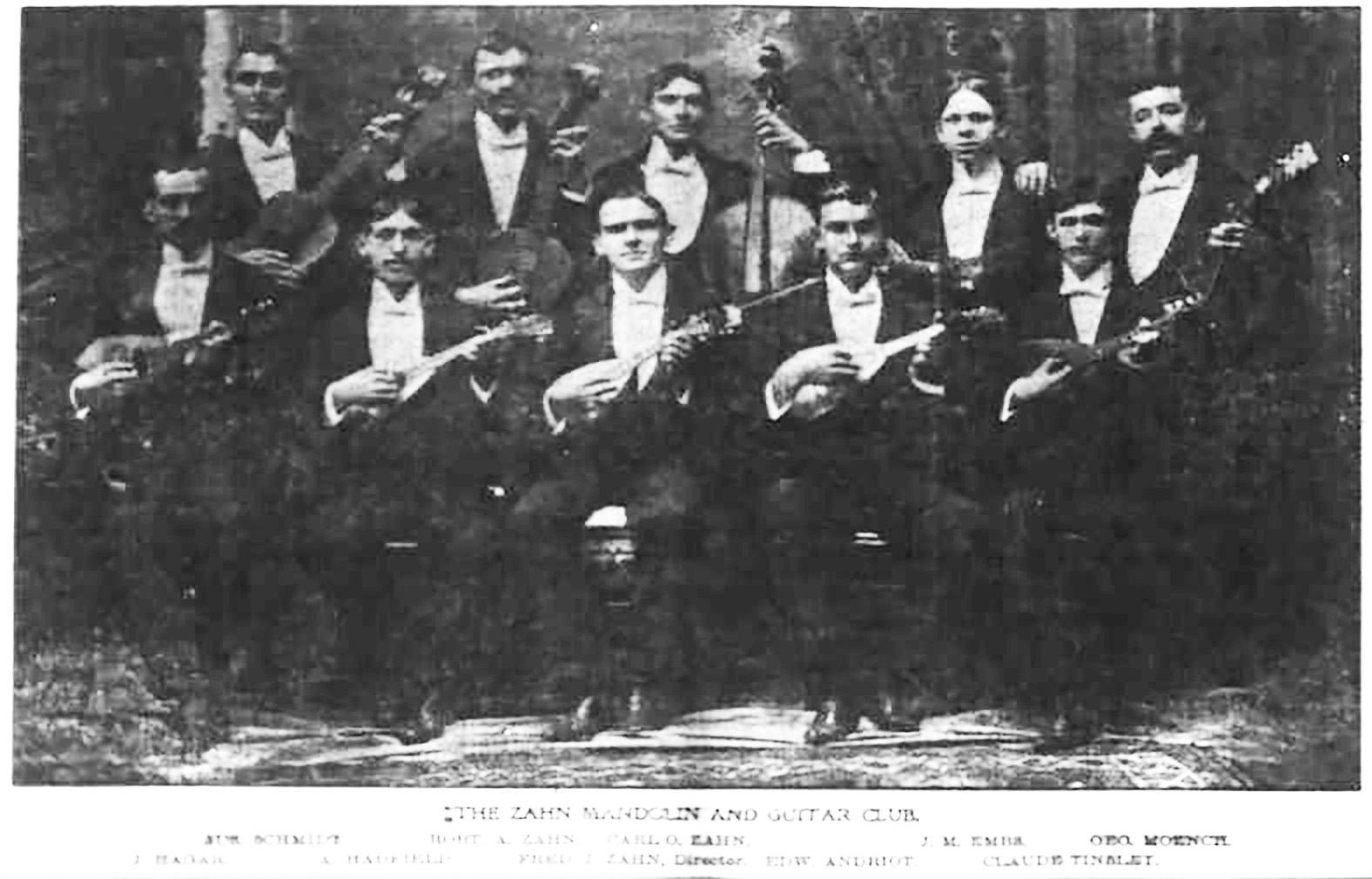 The Zahn family plot is located in the Evergreen Cemetery in Louisville, Kentucky. The Evergreen Funeral Home & Evergreen cemetery are located at 4623 Preston Hwy, Louisville, KY 40213. The GPS location below is the exact built location of Robert A. Zahn's grave. 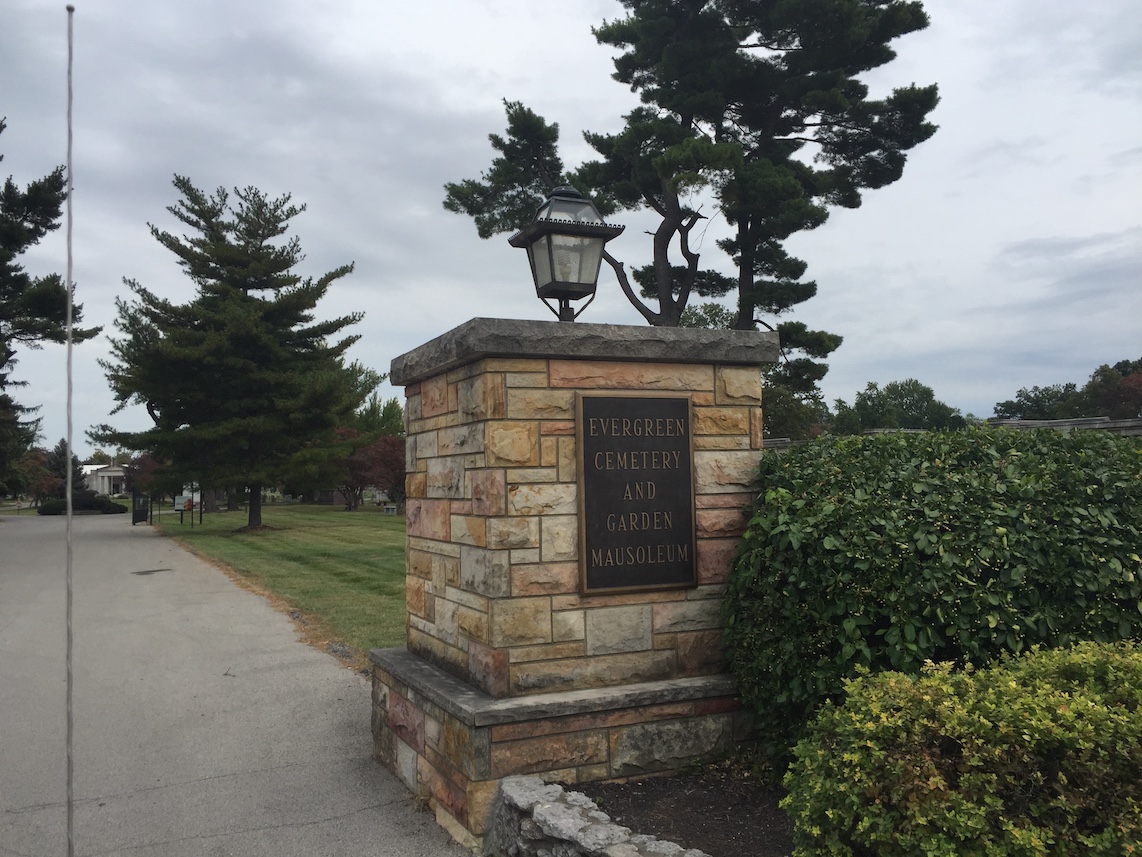 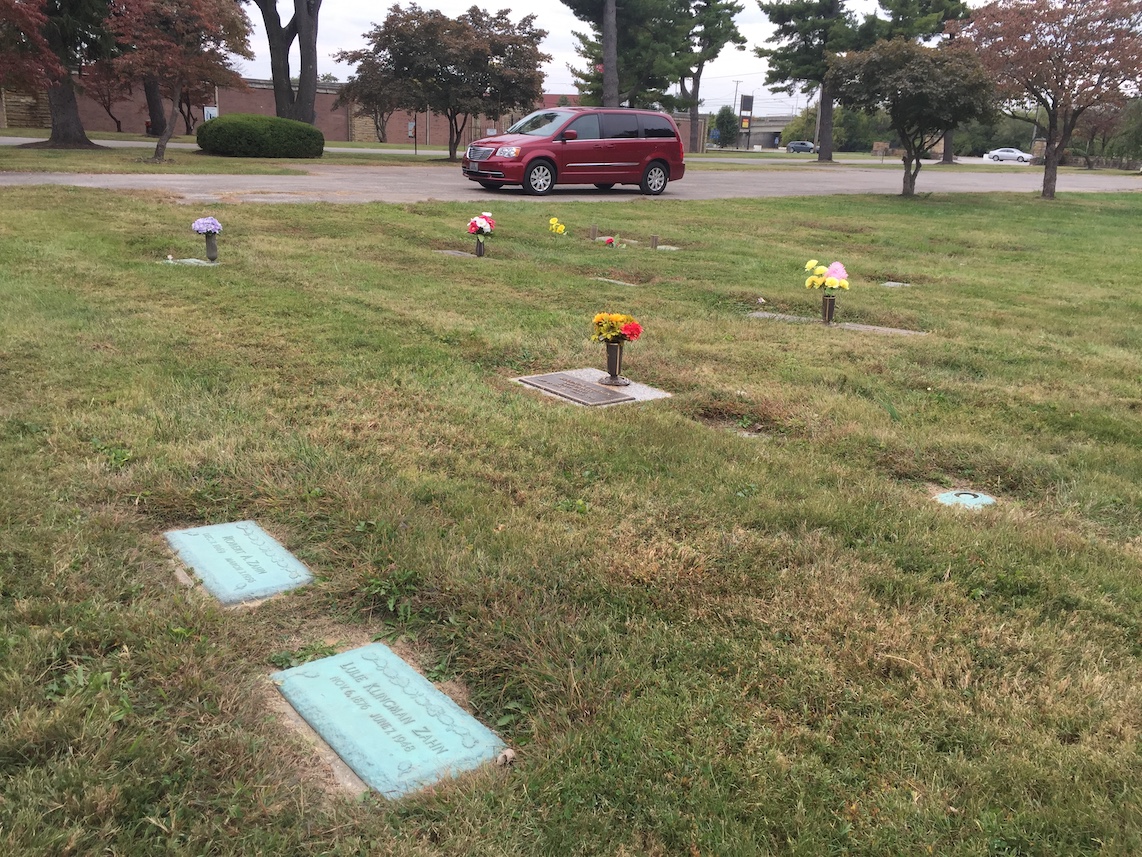 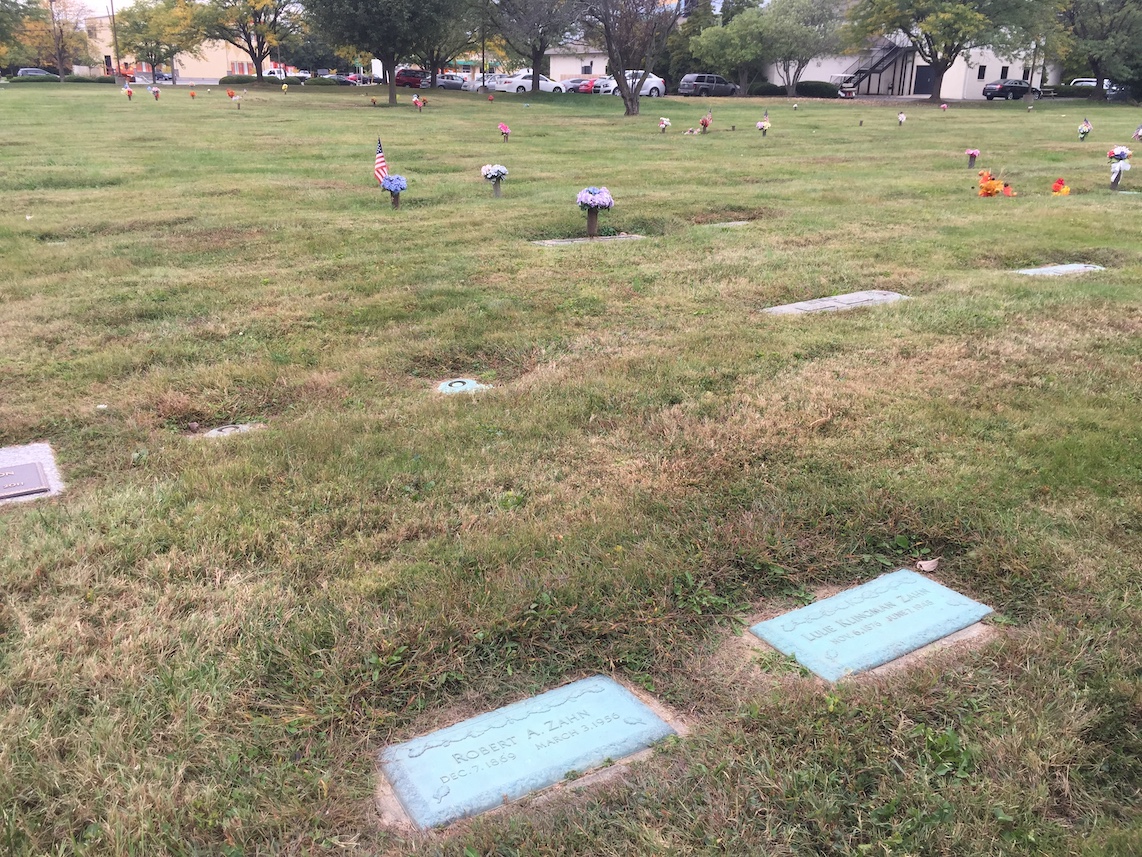 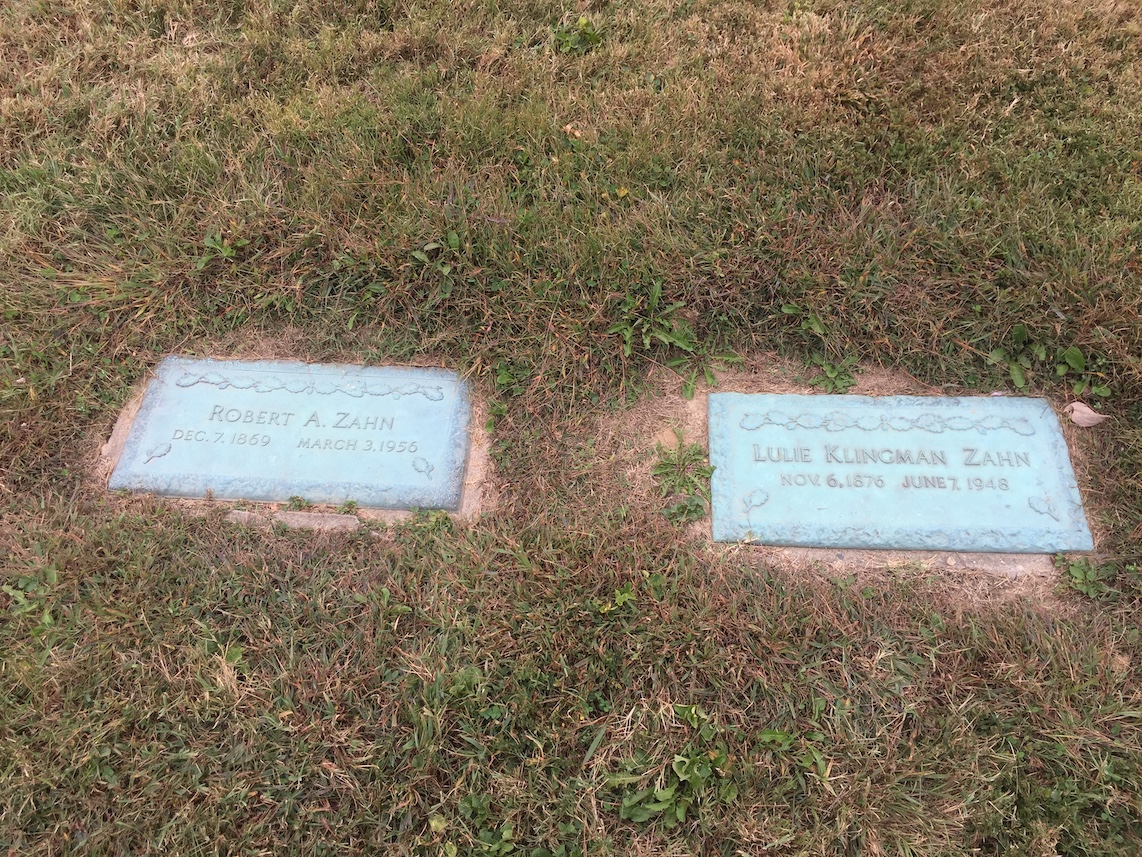 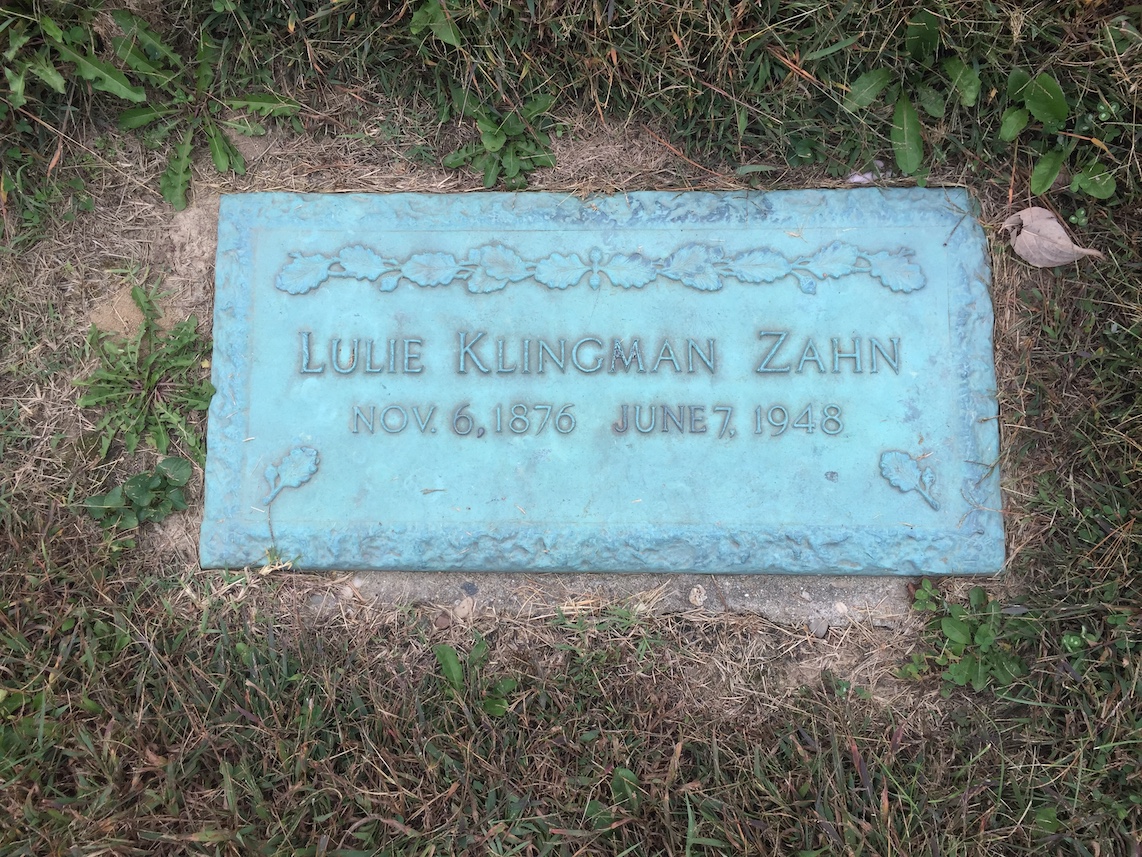 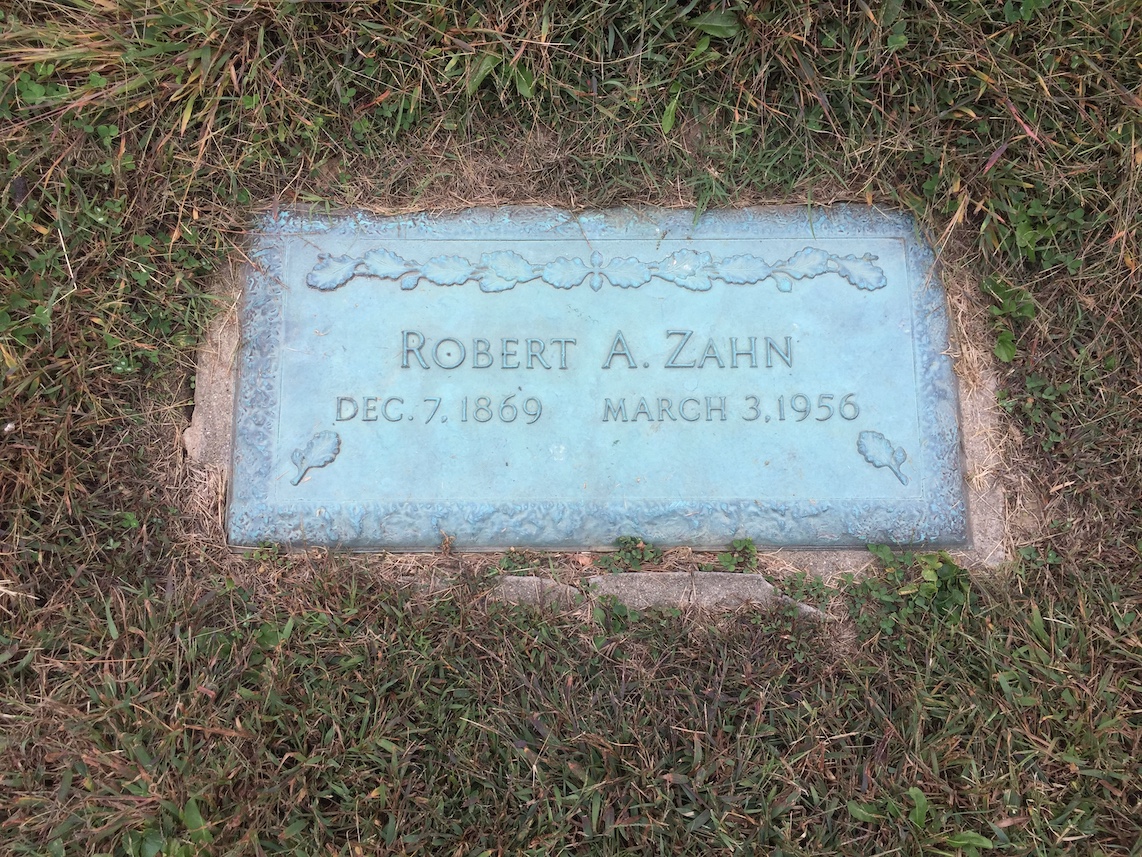 Special Recognition: Thanks to Larry Miles, C. Wayne Kilpatrick, Tom L. Childers for their part in assisting me in the locating of the grave of Robert and Lulie Zahn. The photos were taken while on a restoration research trip in October of 2016.