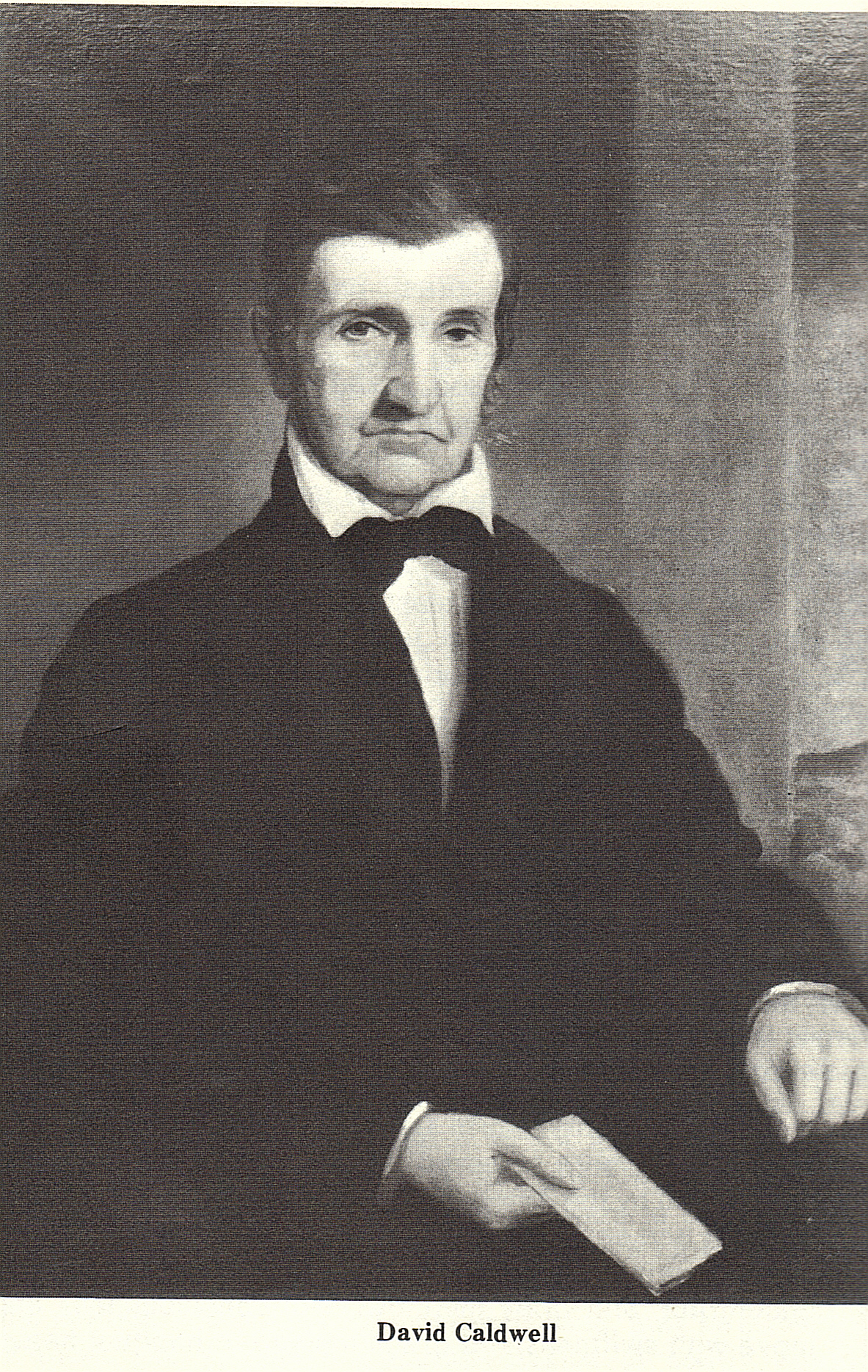 At age 18, Barton W. Stone left home to attend Guilford Academy, Feb. 1, 1790, near Greensboro, North Carolina. The school was operated by David Caldwell, a Presbyterian preacher. Though a strong Calvinist, Caldwell's school was focused on the teaching of law. Stone wanted to attend for that purpose. However, within a short time Stone found something there that planted the seed of religious awakening in him. What he found there changed the course of America's Religious History.

The history of the life of David Caldwell is very fascinating. He was the eldest son of Andrew and Martha Caldwell, and was born in Lancaster county, Pennsylvania, March 22nd, 1725. After receiving the rudiments of an English education, he served an apprenticeship to a house-carpenter, and he subsequently worked at the business for four years. He was graduated from Princeton in 1761. This was the year in which President Davies died. Caldwell was said to have helped in carrying him to his grave. After leaving college, Mr. Caldwell was engaged as a teacher for a year at Cape May. He then returned to Princeton, and acted as assistant teacher in the college, in the Department of Languages. He was licensed to preach by the Presbytery of New Brunswick, June 8th, 1763. After spending some time as a missionary in North Carolina, he was ordained at Trenton, New Jersey, July 6th, 1765. Later that year he started a log cabin school in Guilford County. On March 3rd, 1768, he was installed as minister of the two churches in Buffalo and Alamance settlements, in North Carolina. To supplement his meager salary, he purchased a small farm, and about the same time commenced a classical school in his own house, which he continued, with little interruption, till the infirmities of age disqualified him for teaching. His home and Log College were in the area where the Bicentennial Park in Greensboro is today. Archaeological investigations have disclosed the spot where the home stood, but have not found the exact location of where the Log College stood. Stones mark the corners of the house. Another structure was found, but thought to be an out-kitchen. There is a Historical Interpretation Museum built about 50ft. from the location, in a modern/colonial fashion where you can research more on the history of the Caldwell's contributions to American History.

David Caldwell was identified with some of the most terrible events of the war of the Revolution. Gen. Cornwallis offered a £200 reward for his capture for speaking out against the Crown. His house was plundered, his library and furniture destroyed, and the most vigorous and insidious efforts were made to overtake and arrest him when he had fled for his life. The family survived by hiding in the smokehouse and eating dried peaches. He was a member of the convention that formed the Constitution of the State of North Carolina in 1776, and took an active interest in the political concerns of the country, his opinion always carrying with it great weight.

Though Stone was educated by Mr. Caldwell, not much is known of their relationship after he left the Presbyterian Church. If in Greensboro, N.C., the burial place of David and Rachel Caldwell is one place not to be missed. They are buried next to one another in the beautiful graveyard behind Buffalo Presbyterian Church.

In Greensboro, N.C., take the Route 29 North exit off I-40. Follow Hwy. 29 about 5 miles until you get to Cone Blvd. You will want to take the West Cone Blvd. exit. Continue out Cone Blvd a couple miles until you get to Church St. Turn Left onto Church St. Then turn left on 16th St. Buffalo Presbyterian is on the corner. To get to the grave. Go to through the porch area between the church office and the sanctuary. Continue down the causeway between the two buildings until you get into the cemetery. Look immediately to your left and there close to the building is the Caldwell section of the graveyard. 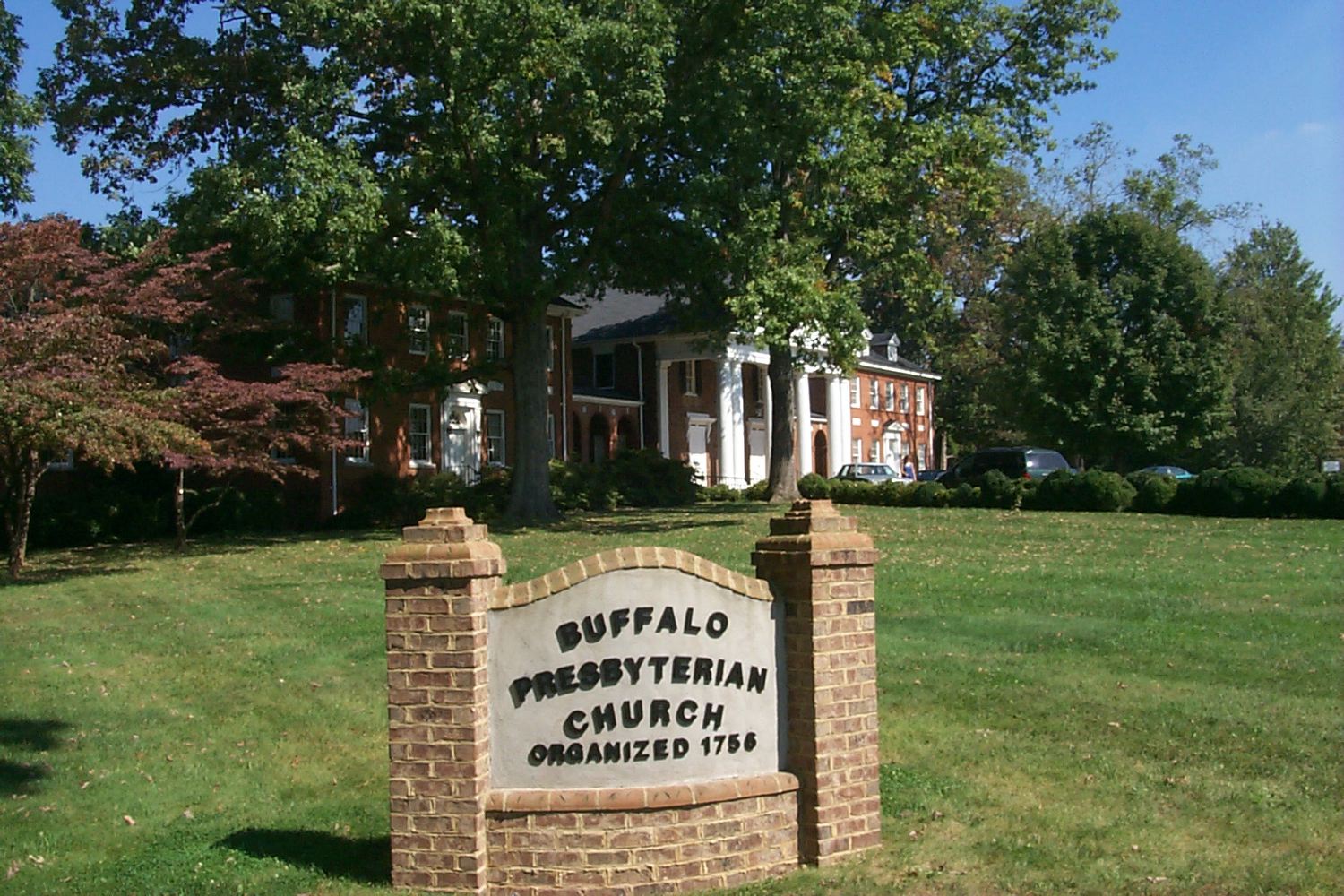 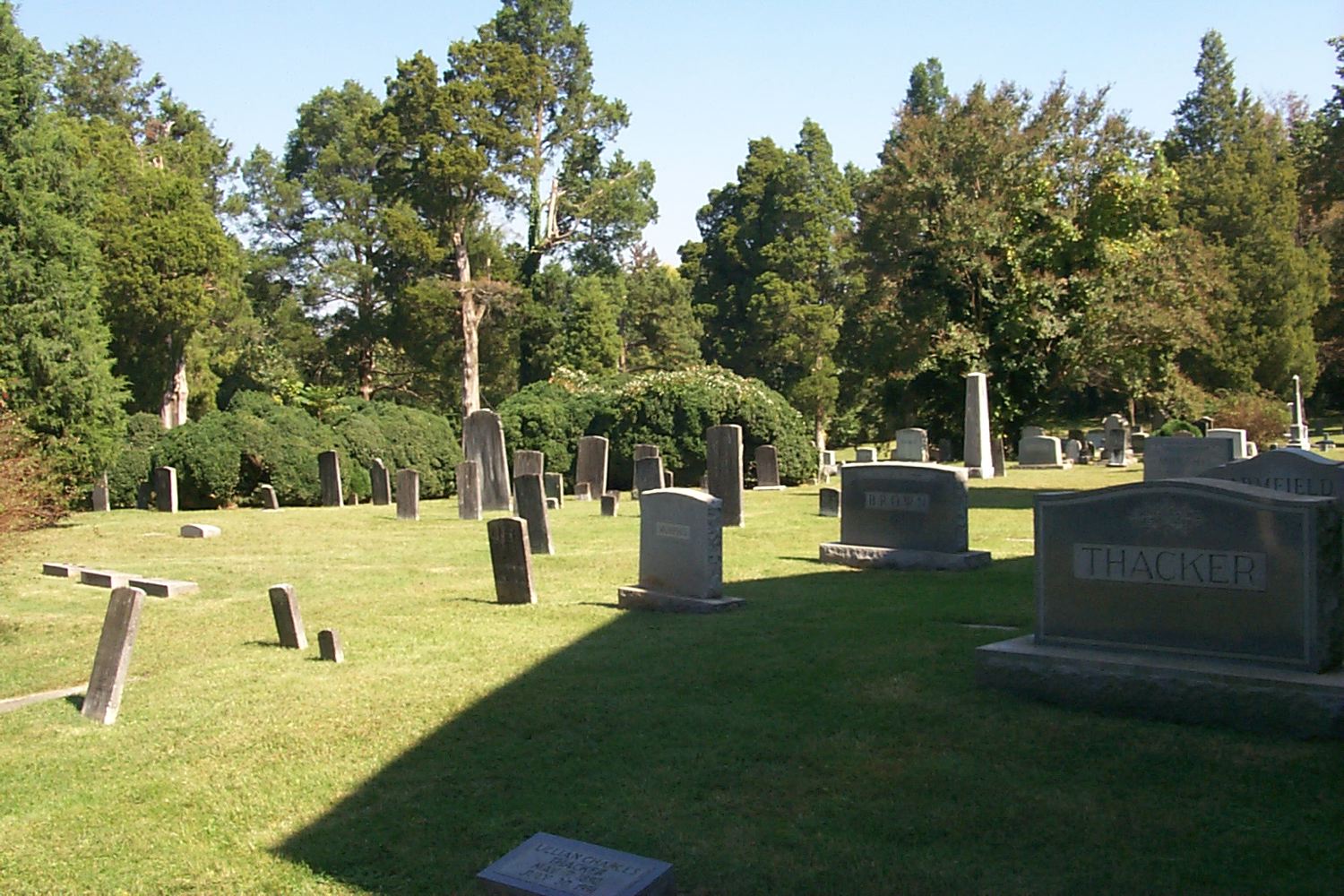 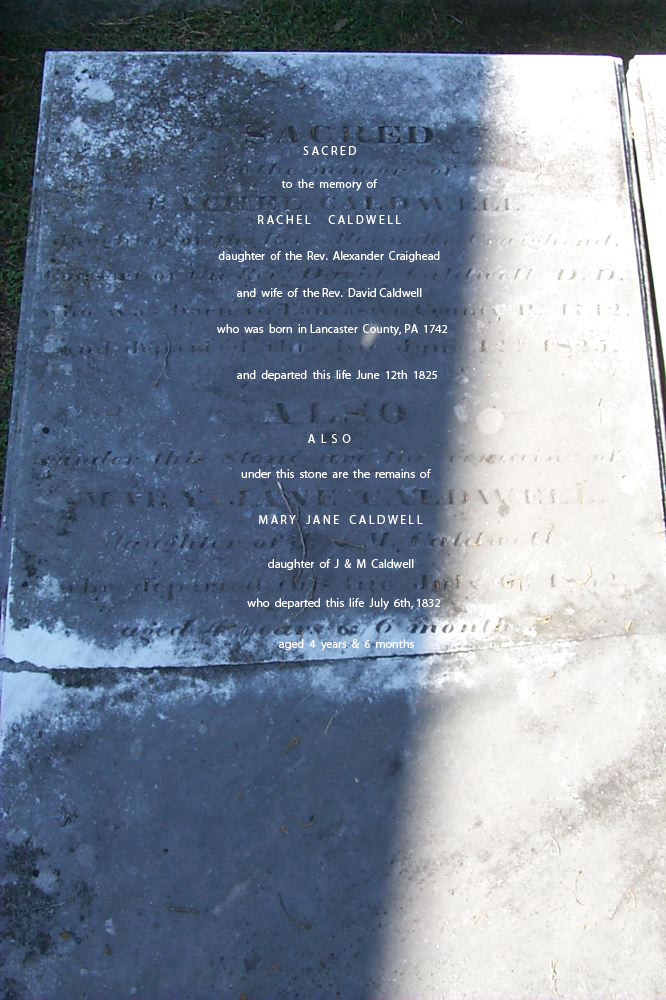 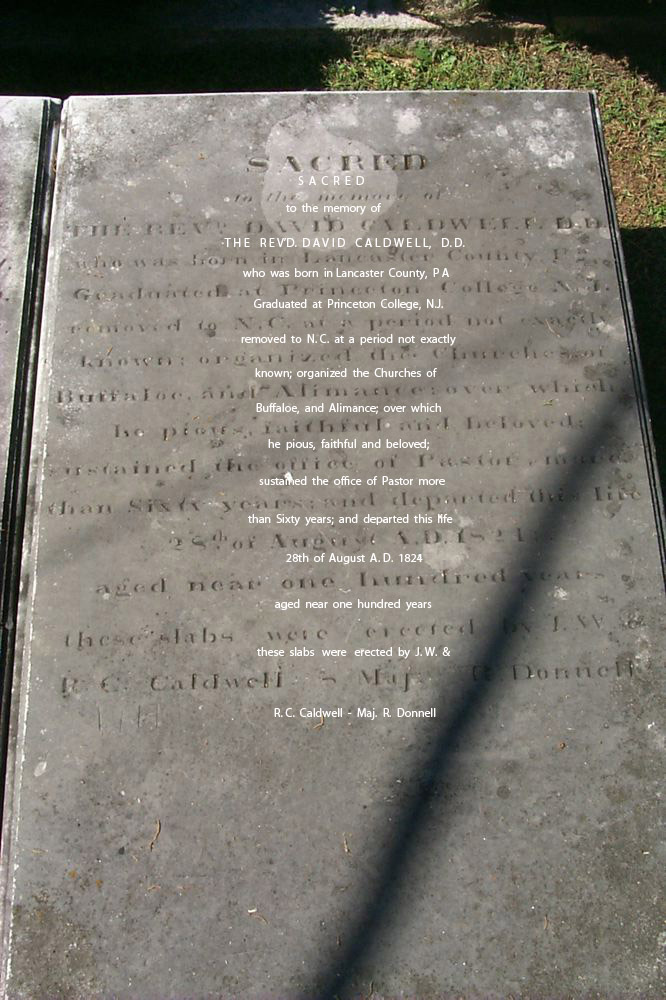 SACRED
to the memory of
Rev'd. David Caldwell D.D.
who was born in Lancaster County, PA
Graduated from Princeton College, NJ
removed to N.C. at a period not exactly
known; organized the churches of
Buffaloe, and Allamance; over which
he pious, faithful and beloved;
sustained the office of Pastor more
than Sixty years; and departed this life
28th of August, A.D. 1824
aged near one hundred years
these slabs were erected by J.W. &
R.C. Caldwell - Maj. R. Donnell