Fred Edwin Dennis was born June 20, 1894, in Monroe County, Ohio. He was the son of Benjamin Frank and Nettie (Kirkbride) Dennis. He attended school in Marietta (Normal School) and Ohio University in Athens.

Dennis began preaching in 1917 at Warner, Ohio &village near Marietta. Ohio). He was not what is often referred to as a full time preacher doing local work. He was an evangelist that travelled far and near wherever he was needed, regardless of the pay. He always lived in his own home in Marietta, Ohio, and did travelling evangelistic work in the greater Parkersburg-Vienna, West Virginia, area where he held more meetings and baptized more people than in any other area. This was within 15 miles of his home and thus enabled him to be at his home at night and to have his wife accompany him to the meetings.

He held meetings in mission areas and helped begin several congregations. He kept a file of the names and dates of those baptized or restored during these meetings and the number was over 3,000. He encouraged young men to become gospel preachers. For 11 years, he taught in rural schools of Washington County. In 1909 he was baptized by Ollie Willison, an elder in the Marietta church where he was a member for the rest of his life. 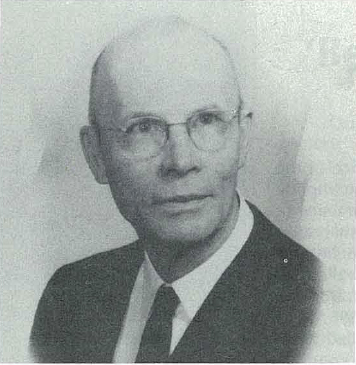 In 1917 he preached his first sermon and in a very few more years, he left the school room to become a travelling evangelist devoting most of his time to Ohio and West Virginia.

He was a gifted writer also. He served on the staff of the old Christian Leader published in Cincinnati, Ohio, by F. L. Rowe. Later, he was on the staff of the Gospel Advocate and also the Bible Herald. He is the author of five published books and he had prepared manuscripts some years ago for a fourth book of fifty sermons, which has not been published. He also wrote an autobiography dealing with his meeting work and travels which was published in the pages of the Bible Herald. On March 31, 1983, at his home in Marietta, Ohio, Dennis left this earth for a better home with his Lord. He was survived by his wife, Bessie Emily; one son, William Frank; five daughters, Mrs. J. Bernard Mason (Helen), Mrs. Coleman Knight (Ruth), Mrs. Clinton Knight (Betty June), Mrs. Ralph Hickerson (Esther), and Mrs. Benton Cochran (Virginia); one sister, Mrs. Emma Oliver.

Fifty Short Sermons
Frontispiece of One Of Five Dennis Books 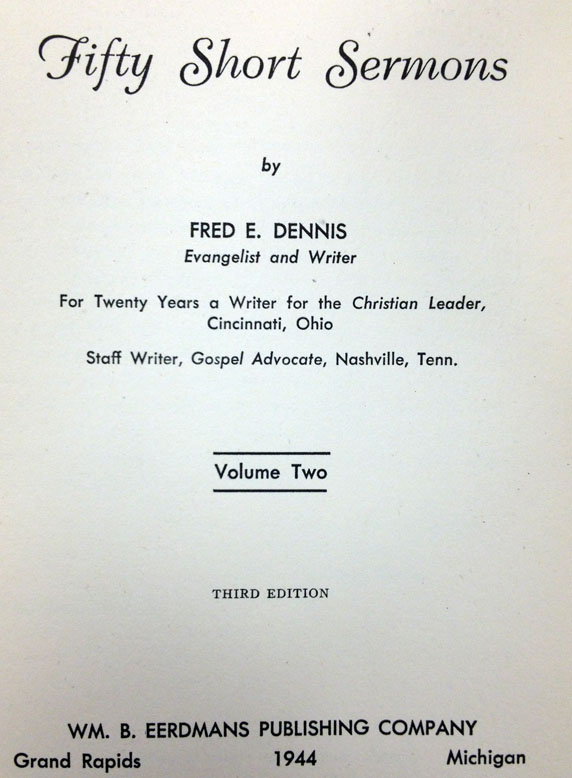 Directions To The Grave of Fred Dennis

Fred E. & Bessie Dennis are buried in the Oak Grove Cemetery in Marietta, Ohio. In SE Ohio, take I-77 to Exit 1. Head toward town on Hwy.7 / Pike St. Turn right on N. 7th St. Go about 6 blocks and turn right on Wooster St. Enter the cemetery and take the second left. Head around the left side of the cemetery. You will pass an old rock building that probably served at one time as a chapel. As you go past begin looking to the left, and as you curve to the left, look for the Dennis plot on the front row. Plot Info: Lot 5 Section 7. Also buried in this cemetery is another preacher, J.H.D. Tomson. 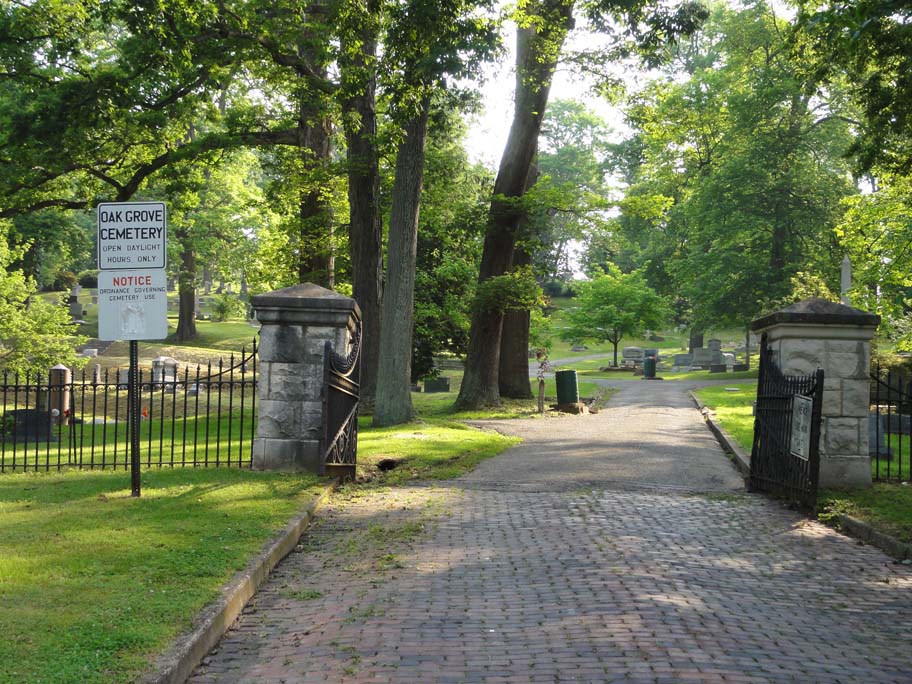 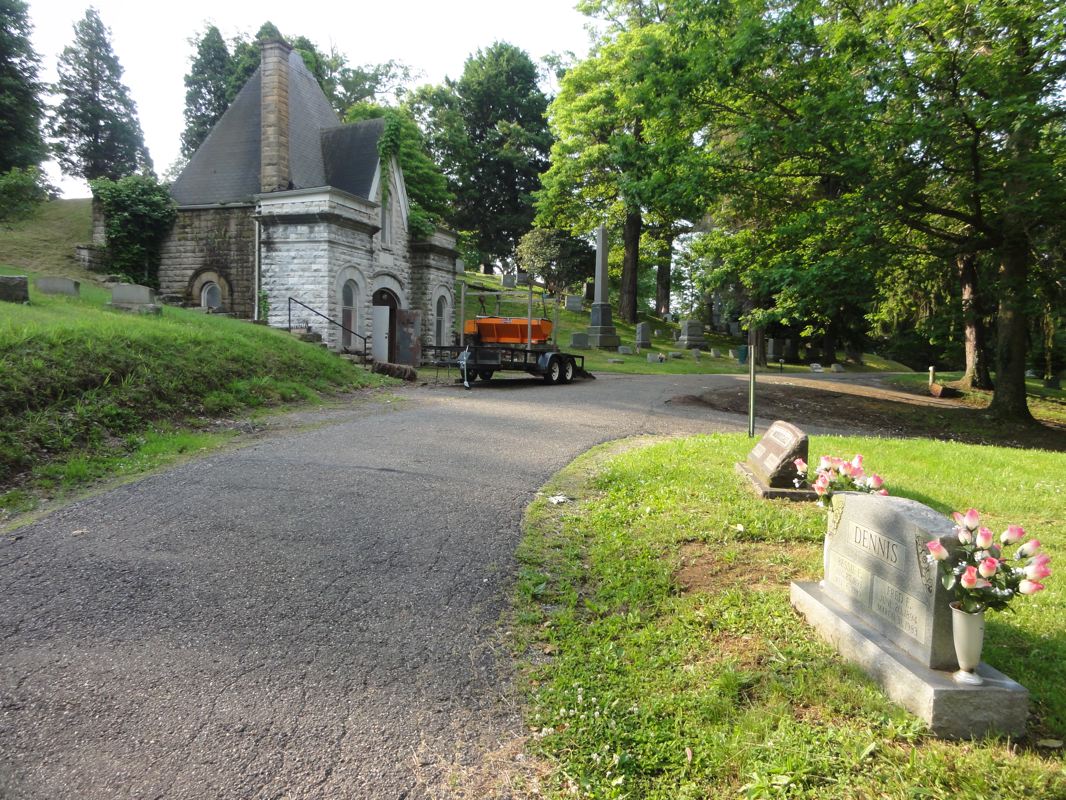 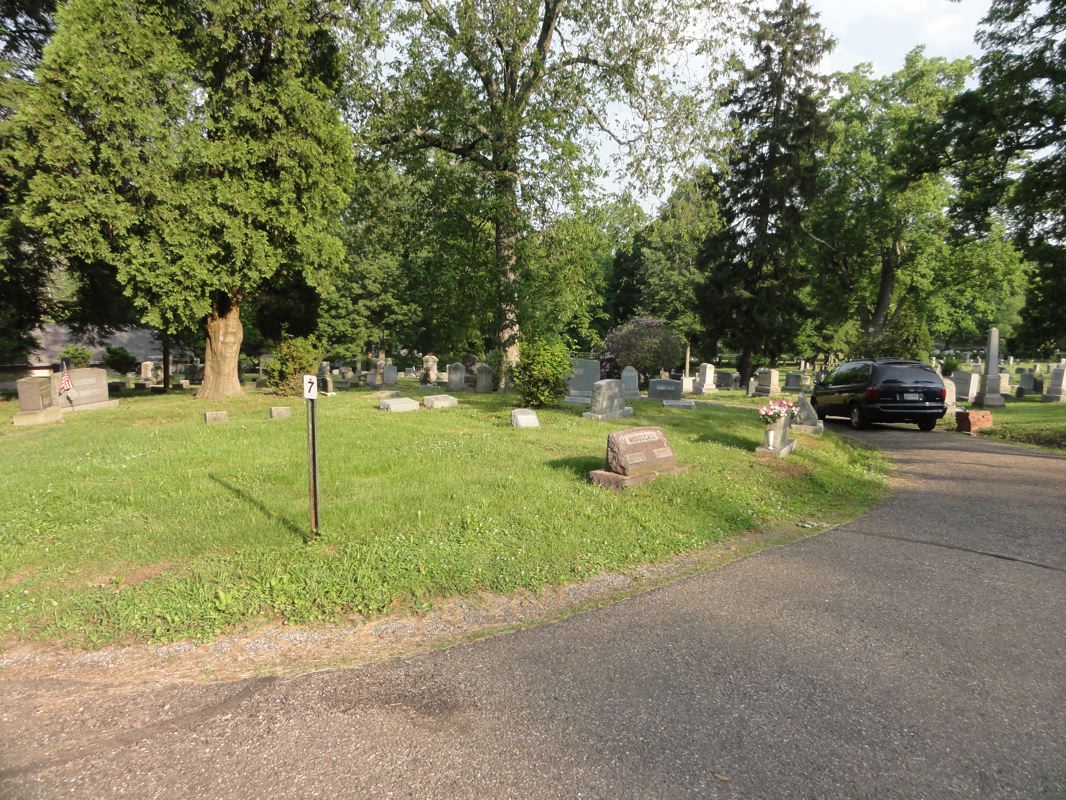 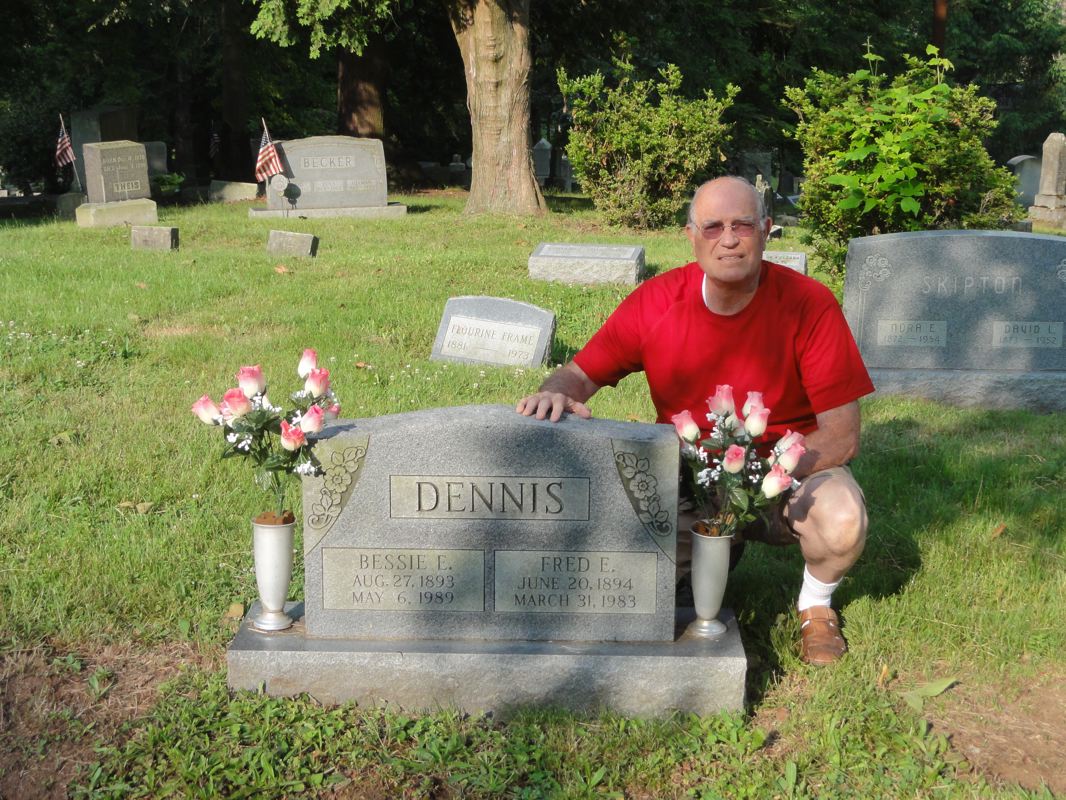 Tom L. Childers At The Grave Of Fred Dennis

Scott Harp at the grave of Fred Dennis 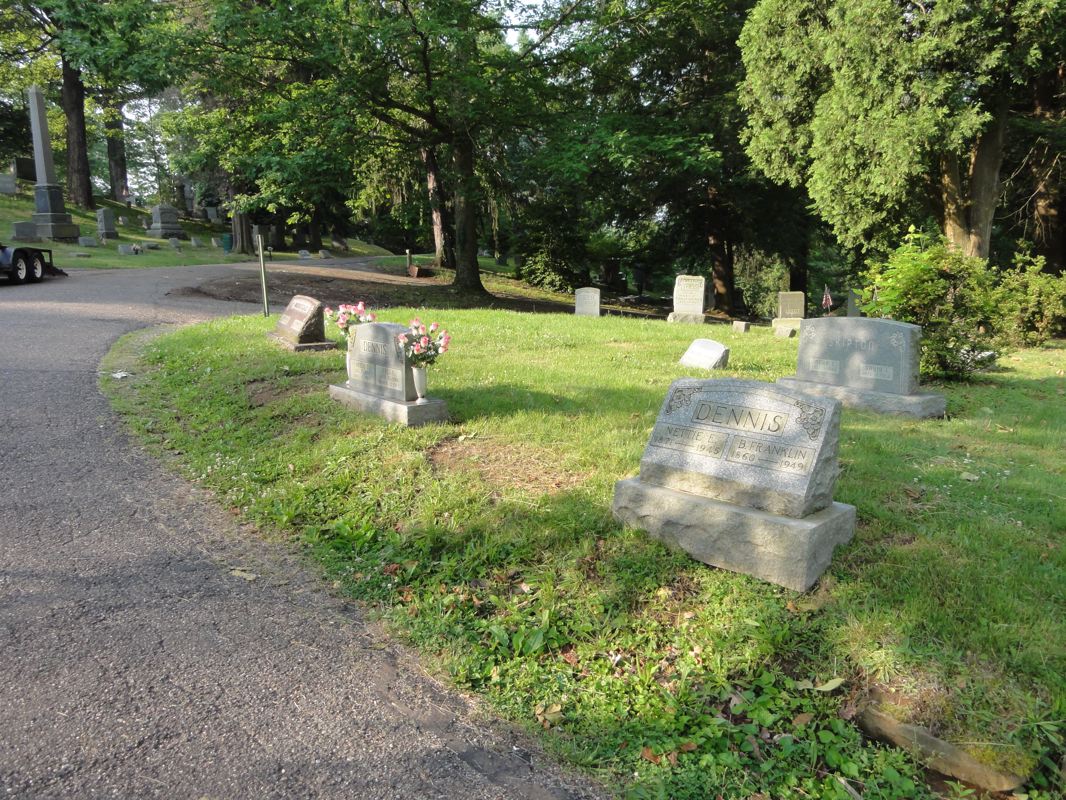 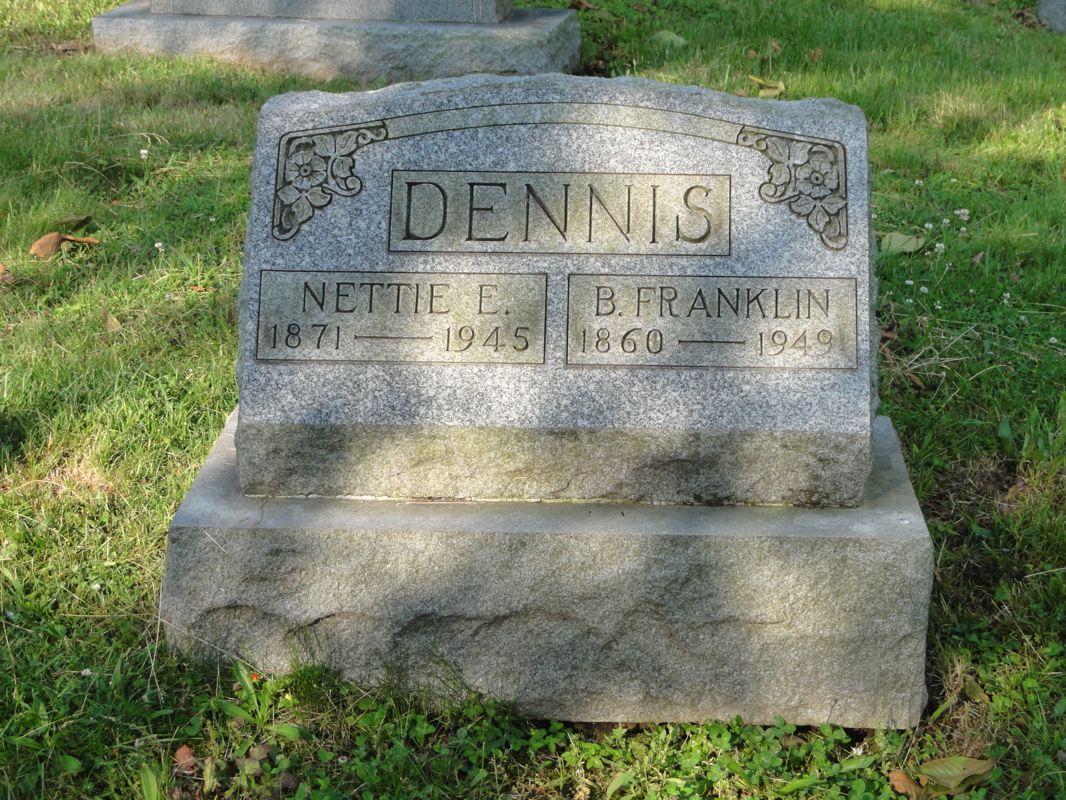 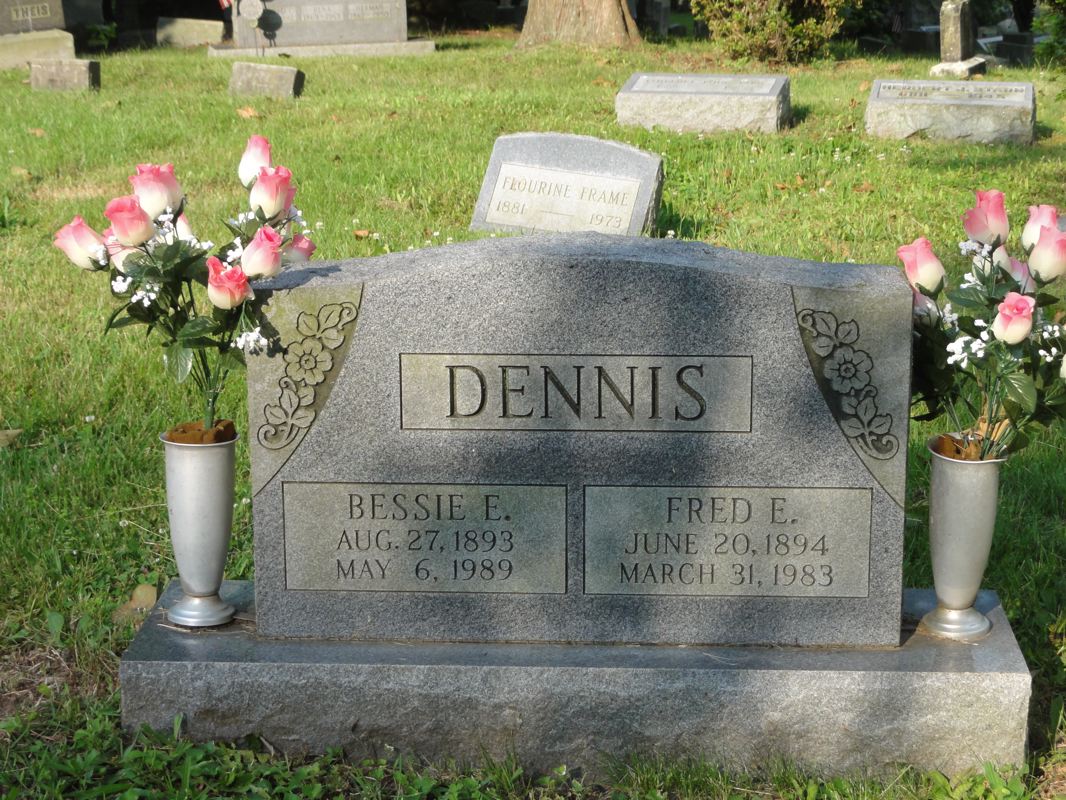 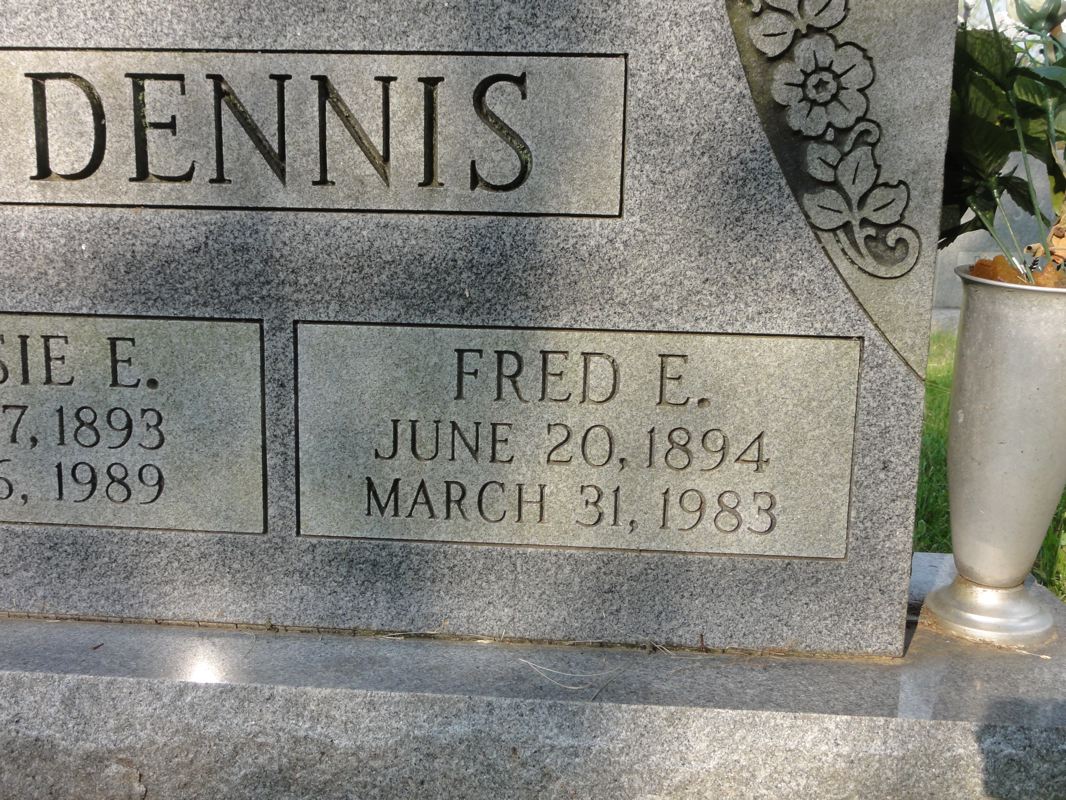 The photos on this site were taken during a trip through six states to search for Restoration Movement sites. Tom L. Childers and your web editor, Scott Harp, visited the grave of Fred E. Dennis on the final day of their journey heading back toward Tennessee and home on May 25, 2012.