Two Sketches On The Life Of Isaac Errett Below

Among the preachers and writers of the nineteenth century who have plead for a return to primitive Christianity, the subject of this notice stands pre-eminently among the most distinguished. For more than thirty-five years he has been connected with the Disciples, and, during the greater portion of that time, has been an earnest, able, and successful advocate of their plea for reformation.

Isaac Errett was born in the city of New York, January 2, 1820. His father was a native of Arklaw, county of Wicklow, Ireland, and his mother was a native of Portsmouth, England. His paternal grandfather was shot down in sight of his own house during the Irish rebellion of 1798. His immediate parents were both of Protestant families, and became identified with the Disciples in New York City as early as 1811—the father being an elder in the original Church in that place. Hence, the son was trained from infancy in the principles which he now cherishes, and, in the spring of 1832, at Pittsburgh, Pennsylvania—where his mother had moved soon after the death of his father, who died in 1826—when only a little over twelve years of age, at a time when the Church was without preaching, under the instruction of his mother, he, in company with an older brother, went forward and asked the privilege of baptism. He was baptized by Robert McLaren, one of the elders of the Church.

He now became a diligent student of the Word of God, and, under many embarrassing circumstances, made constant and encouraging progress. From the time he was ten years old, he has been dependent upon his own personal exertions for a living; hence, his respectable education has been gathered, in the midst of toil and care, by dint of untiring, industrious application. While laboring as farmer, miller, lumberman, bookseller, printer, school-teacher, and editor, he has never ceased to augment his stock of useful knowledge, and to use whatever opportunities he had for the development and discipline of his mental powers.

He commenced preaching in the city of Pittsburgh, Pennsylvania, in the spring of 1840, and soon gave promise of the distinguished position which he has since held as a preacher of the Gospel. He enjoyed the advantages of frequent and intimate association with Walter Scott, Thomas Campbell, Alexander Campbell, and most of the early advocates of primitive Christianity in the West; and his association with these men was of incalculable advantage to him, for they not only gave him valuable instruction in the principles of the Reformation, but he was enabled, by coming in frequent contact with them, to draw inspiration from their lives and characters for the great work upon which he had entered.

His ministerial labors have been divided between the work of an evangelist and pastor. He was pastor of a church in Pittsburgh three years; New Lisbon, Ohio, five years; North Bloomfield, Ohio, two years; Warren, Ohio, five years; Muir and Ionia, Michigan, eight years; and Detroit, Michigan, two years. At all these points he was eminently successful, and, besides his regular pastoral labors, did considerable work in the general field. He removed to Warren, Ohio, in 1851, and, while there, was Corresponding Secretary of the Ohio Missionary Society three years; and it was he who first put that society into systematic and active operation. In 1856, he removed his family to Ionia County, Michigan, and, while laboring to build up a congregation at that point, he was prevailed upon to take the Corresponding Secretaryship of the American Christian Missionary Society, which position he held three years, and succeeded in bringing the society to a degree of prosperity which it had never before reached. When he resigned the Secretaryship, he was appointed first Vice-President and afterward presided at the annual meetings of the Society until 1866, when he was elected President. This, however, he at once declined. In the spring of 1866 he removed to Cleveland, Ohio, where he now resides, and edits the "Christian Standard," a religious weekly published in that city.

Brother Errett's personal appearance is striking and prepossessing. He is about six feet one inch high, has dark auburn hair, light gray eyes, and a well-developed muscular organization. As a public speaker, he has few, if any, superiors. His language is chaste and copious, containing an unusually large per cent. of Saxon words; his gesticulation easy and natural, but his voice, though well under control, has not volume enough to give full force to his beautiful and stirring thoughts. His writings, like his sermons, are full of strong and rugged points, and are frequently interspersed with brilliant passages of exquisite beauty that will compare favorably with many of the finest word-paintings in the English language.

In the social circle he is companionable, but not a very good conversationalist. He needs the inspiration of an audience, or the quiet solitude of the study, to bring out his full strength; hence, while he is pleasant in company--full of wit and humor--he does nor appear there to the best advantage.

Another Sketch On The Life Of Isaac Errett

J. S. Lamar has written the life of Isaac Errett in two large volumes, and then he has not told everything about this great and good man. He was the first to prepare and use an elaborate dedication service. This was first used at the dedication of the Walnut Hills Church opening in Cincinnati. This service has been used in a modified form by F. M. Rains in his dedications, by L. L. Carpenter and others. On such occasions there is usually a large audience, and at the close they stand during this part of the service. On its presentation there comes a hush as of the presence of God and angels hovering round. Emotions fill the breasts of the people, and the: cheeks of some are tear-stained.

As a specimen of Errett's fascinating style of writing and for the good of future generations, that exercise is here recorded:

"We set apart this house to the worship of the living and true God, and to the service of Jesus Christ, our Lord. We devote it to the preaching of the gospel of the grace of God for the conversion of sinners, and to the education of Christians in a knowledge of spiritual truth, in all the activities of Christian life. Here shall the incense of prayer and praise ascend to God. Here shall the ordinances of the Lord's house be sacredly observed. Here shall the word of God, which liveth and abideth forever, be sounded out for the salvation of the perishing, and shine as a perpetual light to guide God's pilgrims through the night of time to the land of everlasting light. Here may children of sin and sorrow find a refuge from despair and ruin, and Christians a harbor to which they can resort when the tempest is high, and be safe. Here, in the hearts of humble worshipers, may the Holy Spirit find a temple, and the doctrine of God's word distill upon waiting and thirsty spirits, as the rains upon the mown grass and as the showers that water the earth; so that righteousness may flourish, and holiness abound, and all the rich fruit of the Spirit be yielded in a blessed harvest to the praise of God. May no discordant note of strife ever be heard within these walls, no unholy spirit of pride or worldliness find entrance here; but may the faith out of which all goodness springs, the hope which purifies and comforts the sorrowing heart, and the love which honors God, blesses man, and binds Christians in blessed fellowship, ever inspire and sway the hearts and lives of those who worship here; so that with one mind and heart they may strive together for the faith of the gospel, and let their light so shine that others, seeing their good works, may glorify our Father who is in heaven. May these earthly courts be as the holy place in the temple, separated only by a veil from the holiest of all, in which the royal priests of the house of God may trim the golden lamp, and eat of the bread of life, and burn incense at the golden altar; and thus, drawing near to God with true hearts, in full assurance of faith, .may they be prepared to enter finally 'within the veil,' to rejoice in the presence of God, where there is fullness of joy, and at his right hand, where there are pleasures forevermore. And may God graciously accept this offering of a house in his name, an offering made by grateful hearts and willing hands, and bless every heart that shares in this gift. And when, one by one, those who have shared in this service shall be taken away from these earthly scenes, and leave a vacant seat, may they find a yet more blessed home in that house not made with hands, eternal in the heavens, where the worshipers shall go no more out forever. May multitudes here be born to God, so that when all these here today shall have gone to their eternal home, others will take up the service and repeat from generation to generation the old, old story of the cross, and the songs of Zion, and the prayer of saints, until Jesus comes, and all his redeemed are gathered home. We give thanks, to God that his people have been able to offer willingly after this sort. We invoke his blessing on the labor of their hands. And we commit to his holy care and keeping all the interests connected with this religious enterprise. 'May the beauty of the Lord our God be upon us. And establish thou the work of our hands upon us. Yea, the work of our hands, establish thou it.' And to thy blessed name, O God, whose we are, and whom we serve, be honor and glory everlasting, through Jesus Christ our Lord."

When Isaac Errett departed this life, the managers of the Ohio Christian Missionary Society addressed a letter to Mrs. Isaac Errett and family

"WHEREAS, In the providence of God, Isaac Errett has been taken from our midst; and

"WHEREAS, He was a charter member, and, in its early history, the efficient corresponding secretary, of the Ohio Christian Missionary Society, and later, and for years, its presiding officer, and always its friend and counselor; and

"WHEREAS, He was intimately associated with the work of the disciples of Christ in Ohio for nearly a half-century, therefore

"Resolved, That we place on record our high appreciation of his unswerving integrity as a Christian, his great abilities as a public advocate of the truth, his warm devotion to the cause of missions, and his invaluable services as editor of the Christian Standard. We believe it is not too high praise to say that to him, more than to any other man, is due our present progress in all that looks to a higher personal consecration to the service of Christ, and to a greater liberality and activity in the spread of the gospel in home and foreign lands. A life so faithfully lived, so cheerfully and prayerfully devoted to the cause of righteousness and truth, and so grandly given to the salvation of souls, is a precious legacy to the people of God.

"Resolved, That the corresponding secretary be requested to convey to Sister Errett and the family our sincerest sympathy in this hour of their deep grief, and to assure them that their grief is shared by the thousands of disciples who knew him only to love him. 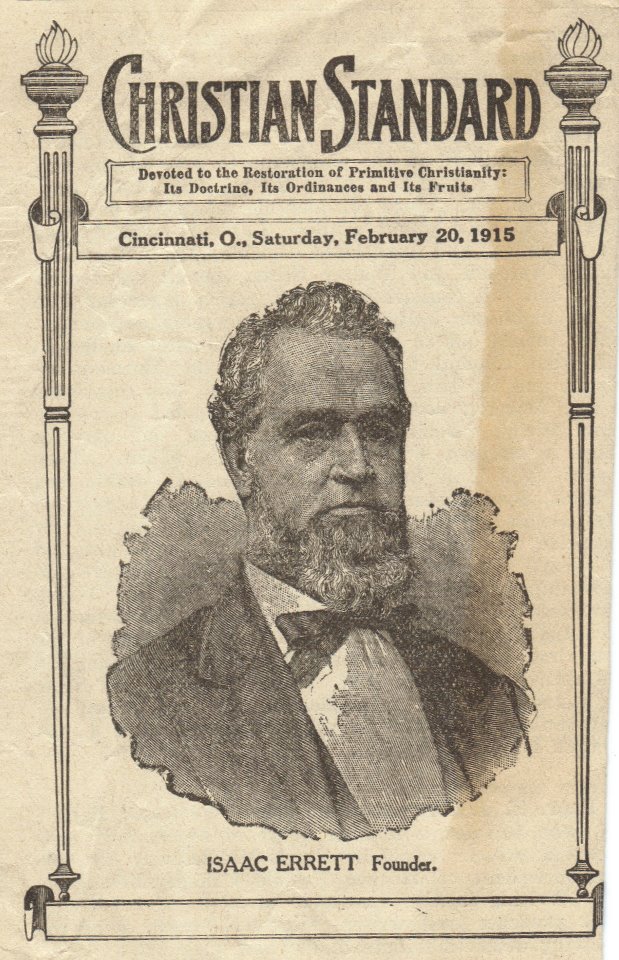 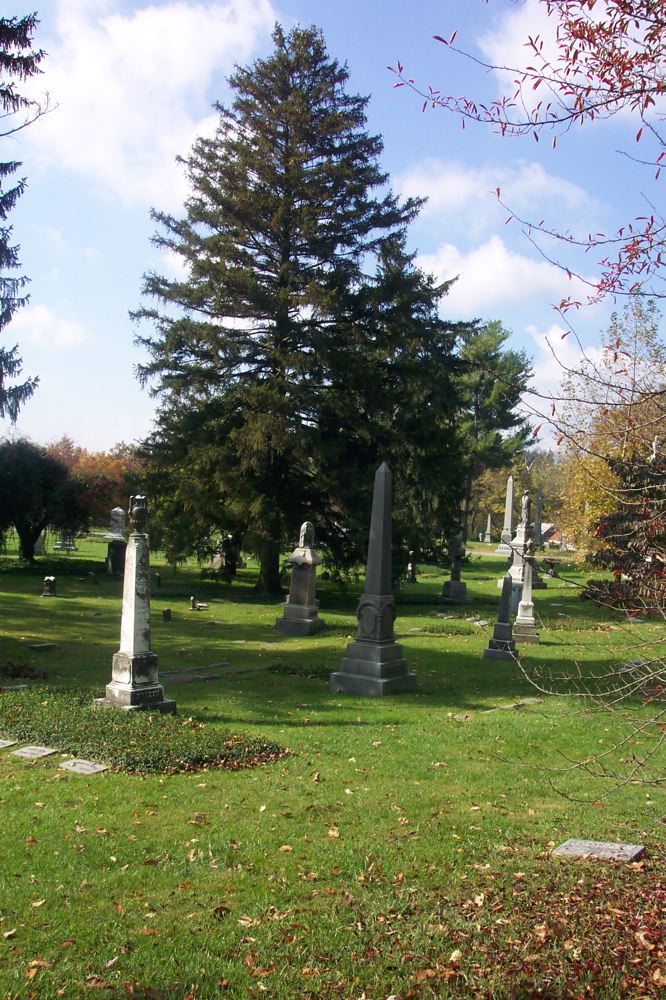 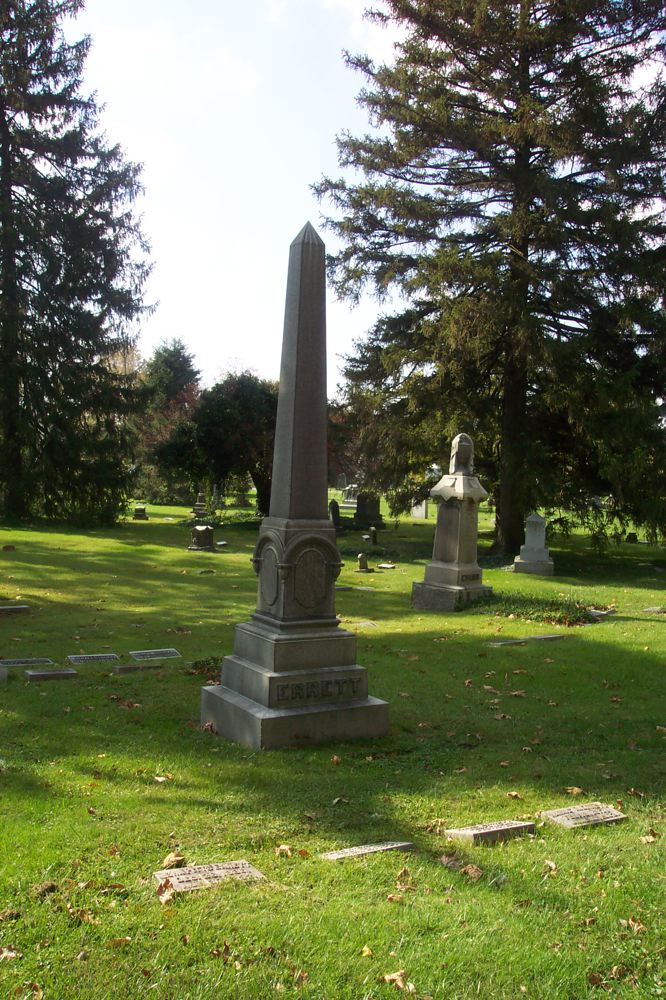 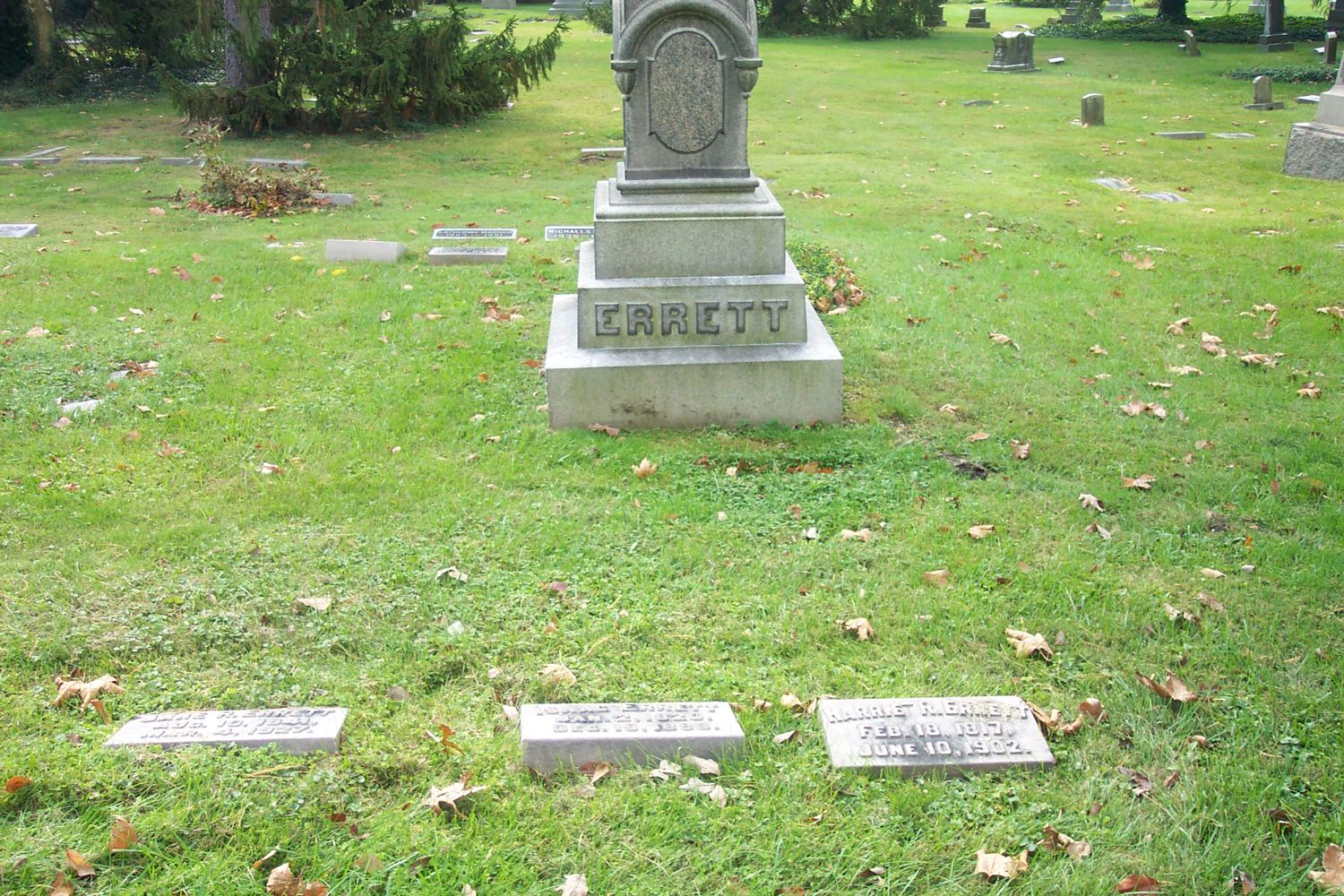 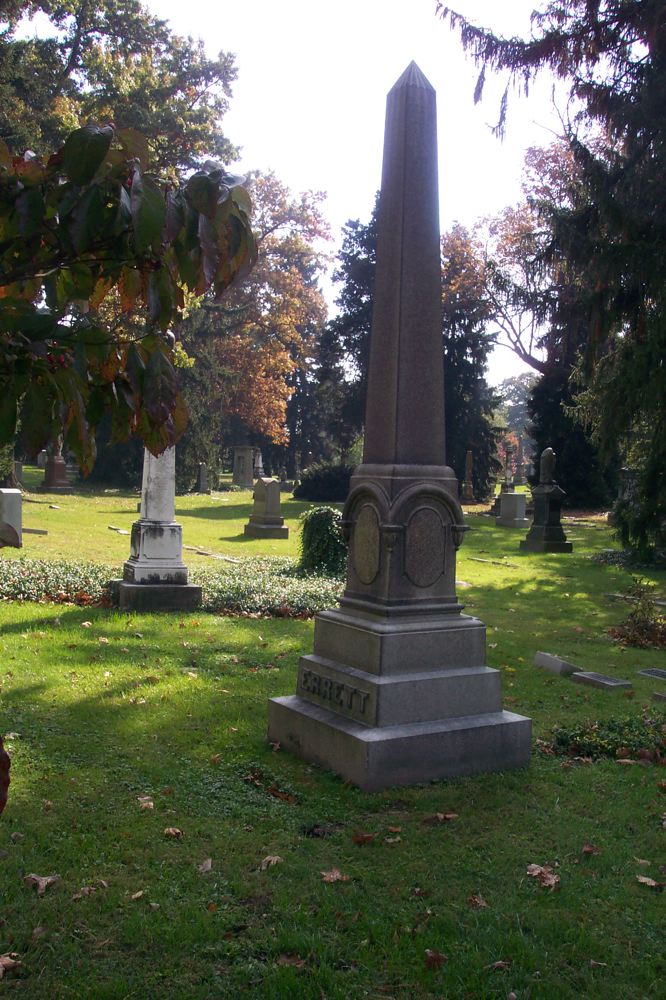 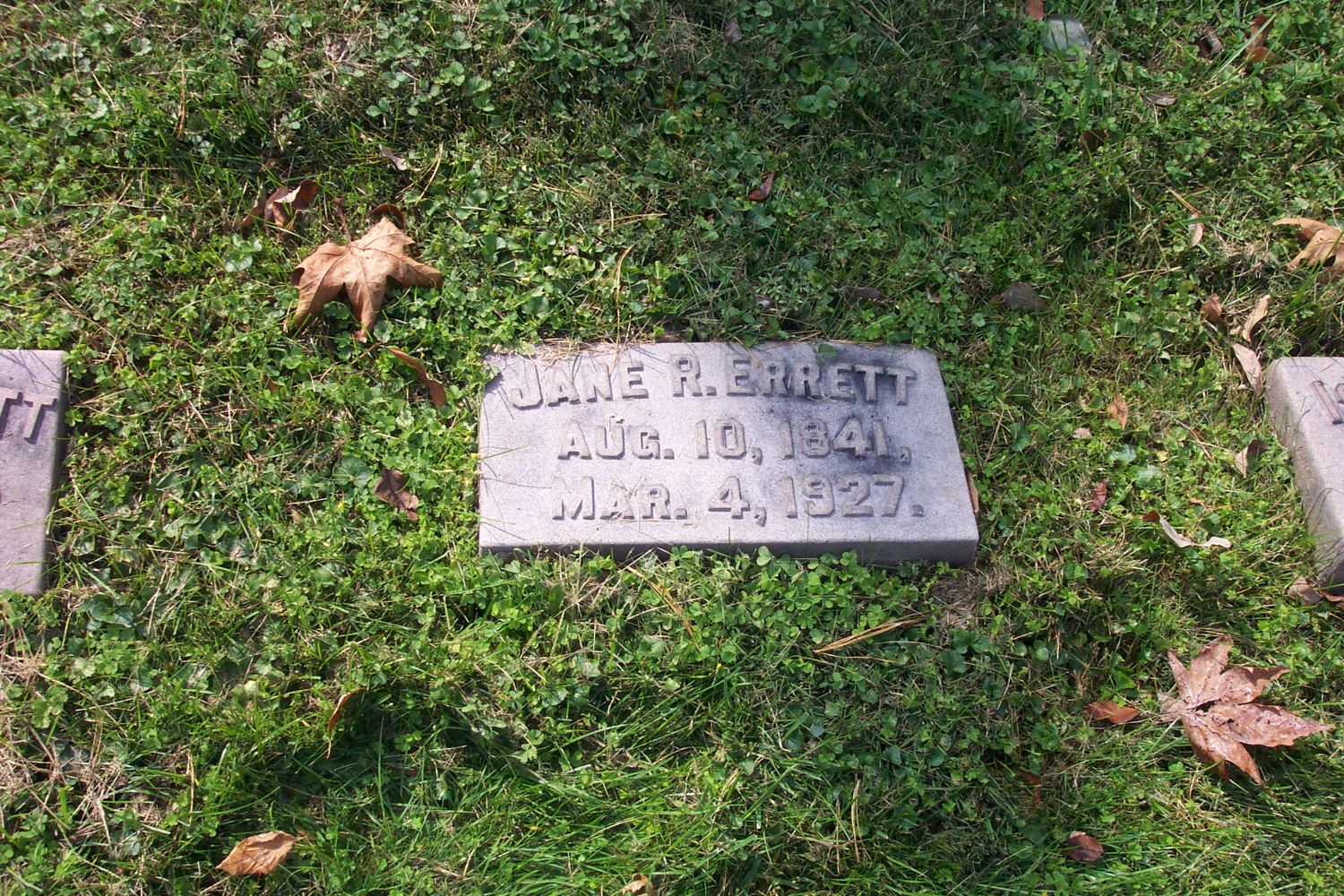 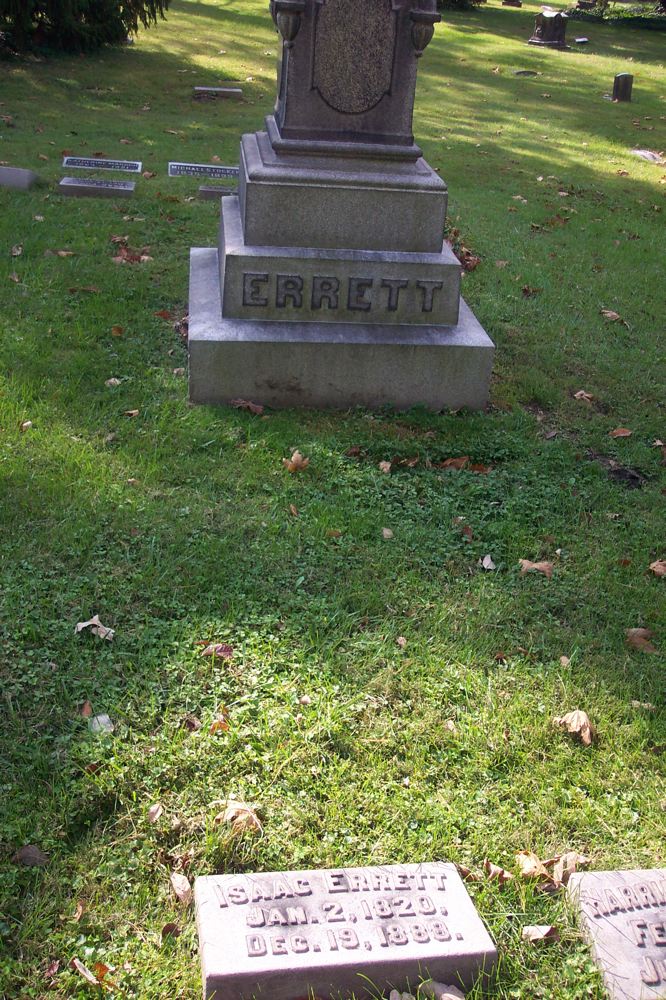 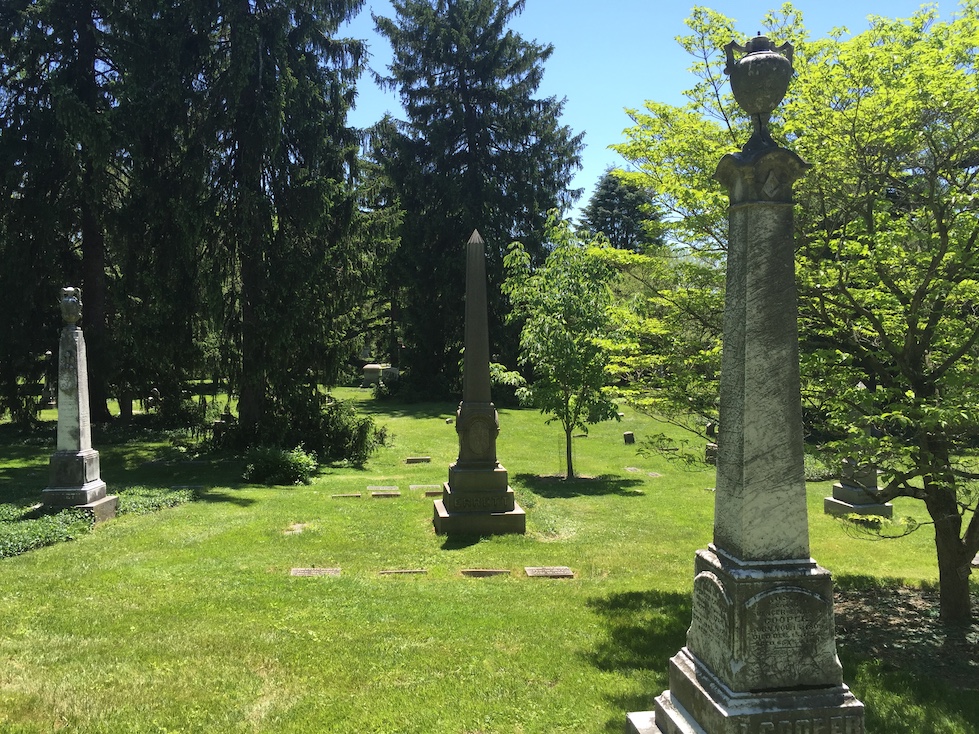 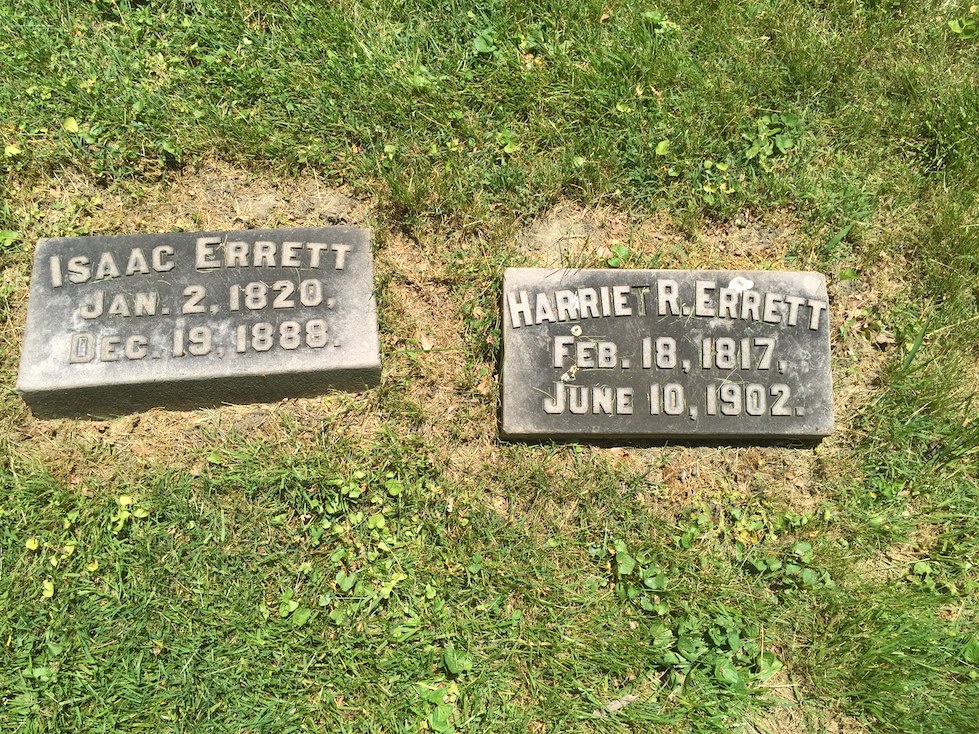 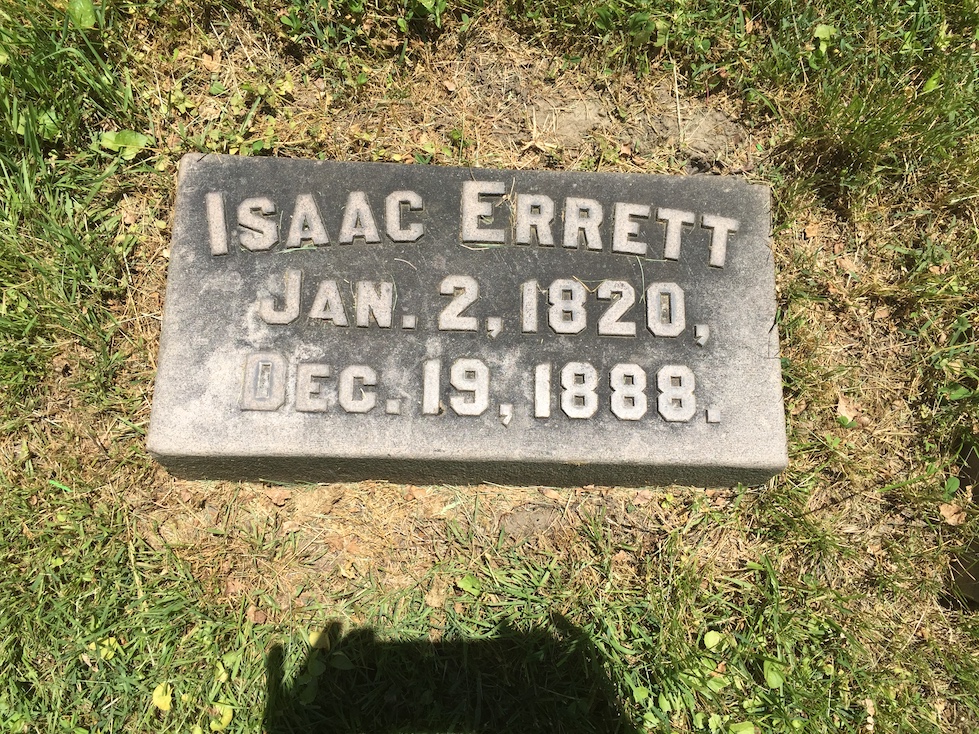