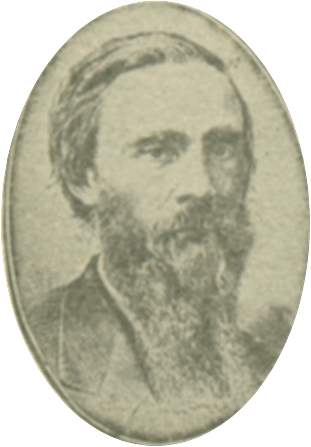 Biographical Sketch On The Life Of A.D. Fillmore

Augustus Damon Fillmore was born Sept. 7, 1823, near Gallipolis, Ohio. While he was yet in his youth, his father moved to Fulton, then some distance from Cincinnati, but now a part of the city. At a meeting held in Fulton in 1842, in the old market-house, he confessed the Saviour and obeyed the gospel. His parents were Methodists of strict sect. His father was so incensed that, for some years after Augustus was immersed, he would not speak to him. But he entered the service of Christ in "the full assurance of faith" and wavered not on account of the paternal disfavor.

He had been a teacher of music about three years when he obeyed the gospel. His education, though not classical, was good for that day. His tongue was "as the pen of a ready writer," and his manner exceedingly winning; and, being full of zeal for the cause in which he had enlisted with all his heart, he soon began to speak in the church. He constantly grew in power and usefulness until, in 1851, his ability was so clearly demonstrated that he was ordained. He never adopted the ministry as his profession, but, through a good providence of God, was led into the work and became a good minister of Christ, nourished up in the words of faith and of good doctrine. He was an earnest, sound and solid preacher, turned many to righteousness, and instructed the saints in the work of the Lord.

But the beloved Fillmore's talent lay in his musical skill and ability. He was a sweet singer in Israel. In a quiet, unpretending way he followed up all the general convocations of the disciples, ever ready for what he could do, but never thrusting himself forward. If he had been strong in body to carry out the conceptions of his musical genius, his would without doubt have been the music of the whole body of disciples. As it is, his soul-stirring melodies are favorites in hundreds of congregations, while scores of music teachers minister instruction in "the divine art" as they learned it from him.

Fillmore began to manifest musical talent at a very early period. When only two or three years old, and before he could sing any words, he would sit on his father's knee and sing the soprano of several simple tunes while his father sang bass. When sixteen he began to teach music; two or three years later he began to compose music. The "Song of Steam" and "Song of the Lightning" were great favorites. The "Old Brown Homestead" and "The Wandering Boy" demonstrate the scope of his genius and ability. The first two mentioned were sung with fervor and approbation by James Challen and Silas W. Leonard. These two men were musical preachers, and no doubt they turned his attention at an early day to sacred music.

"The Christian Psalmist" appeared when he was only twenty-four years of age. It had a more general circulation than any other of his publications. It met a great want and appeared without a rival. "The Harp of Zion" and "The Christian Psaltery" were of great merit, even superior to "The Psalmist." After giving up the musical notation of Mr. Harrison, he used round notes. Among his other publications may be mentioned "The Nightingale," in 1857, for singing-schools. "The Christian Choralist" in 1863, and "The Harp of Zion" in 1864, books of church music. For the Sunday school he published in 1863 "The Polyphonic," and "The Little Minstrel" and "Violet" in 1867.

In 1870 he was residing on a farm fourteen miles east of Cincinnati, where, on the 5th day of June, he closed his labors on earth and went over the river to join with other redeemed spirits in songs of praise round the great white throne.

Mr. Fillmore issued at one time a periodical entitled "The Gem and Musician," devoted to musical literature. Also he published "The Temperance Musician," a book which was devoted to temperance songs and glees. His illustrious son, J. H. Fillmore, inherits the musical genius of his father, and publishes many books of music for society and the church. 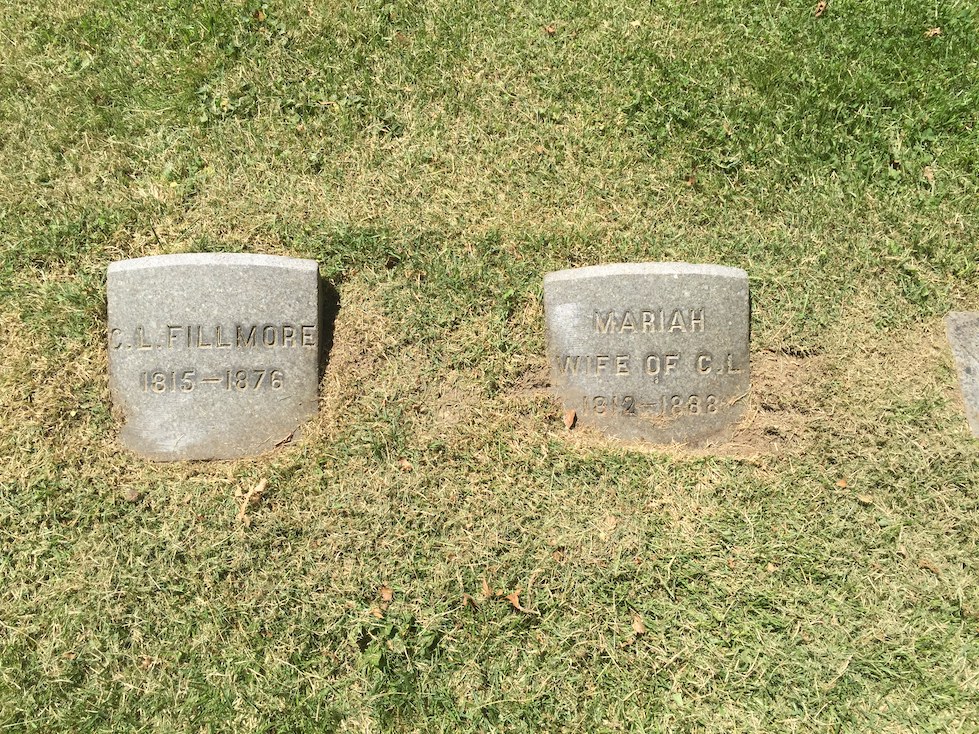 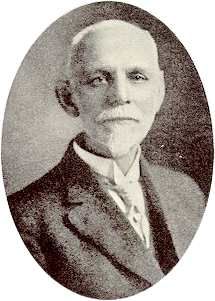 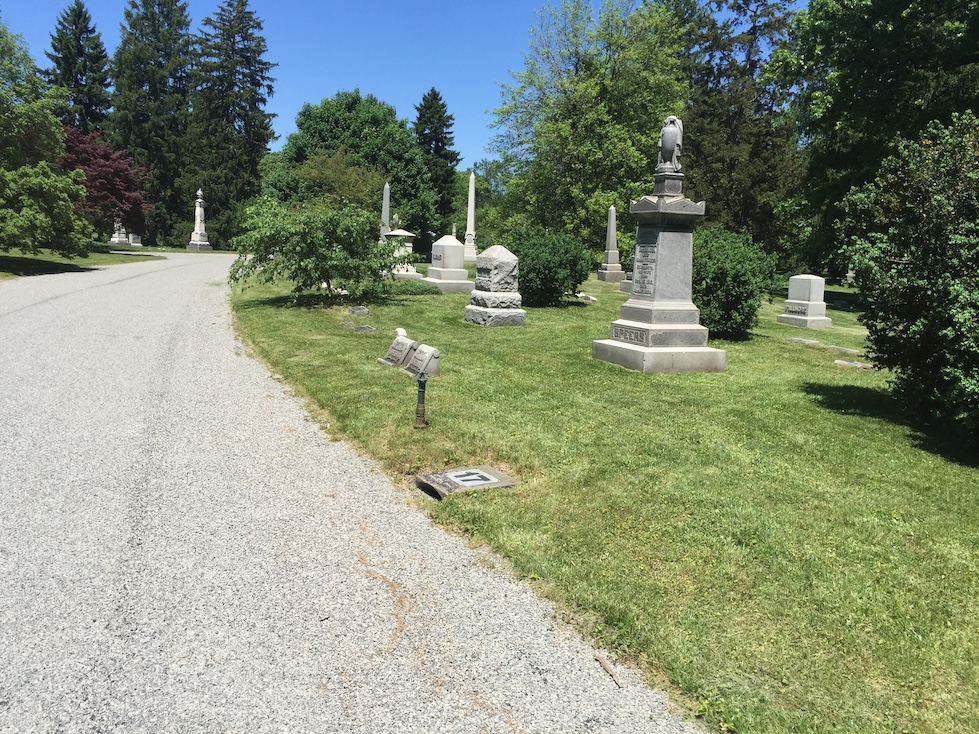 Fillmore Plot in distance between the two bushes on the right 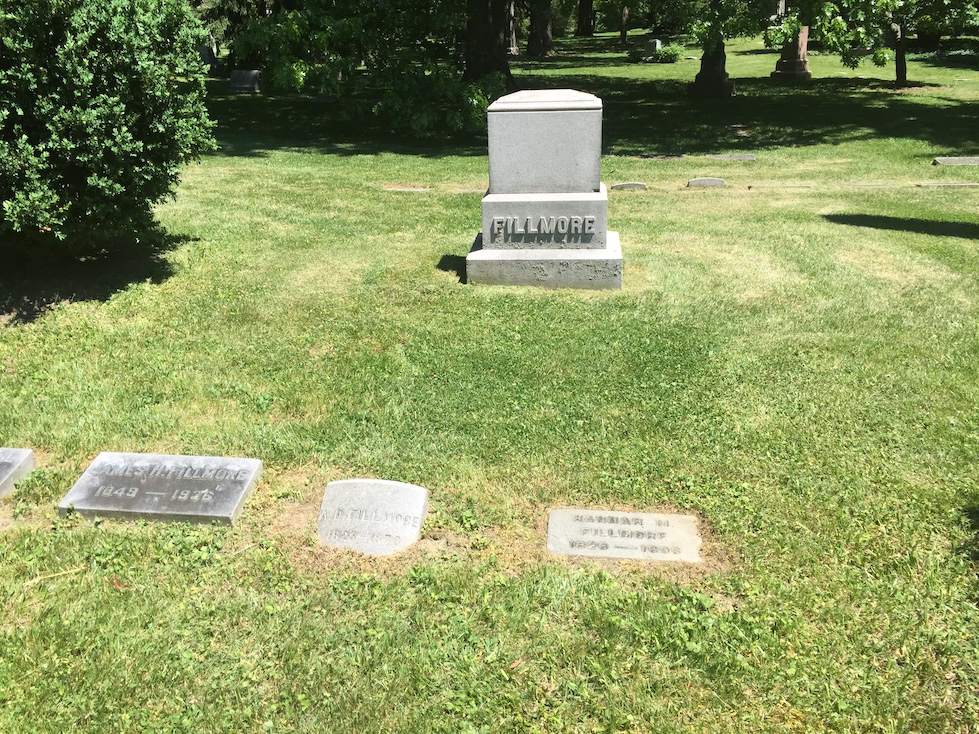 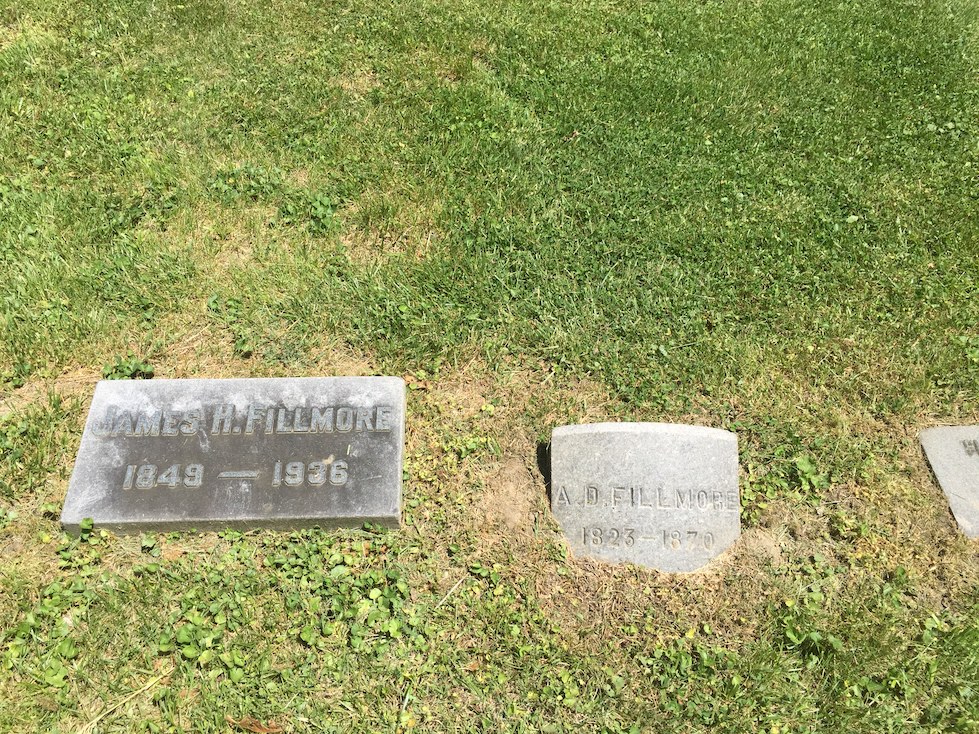 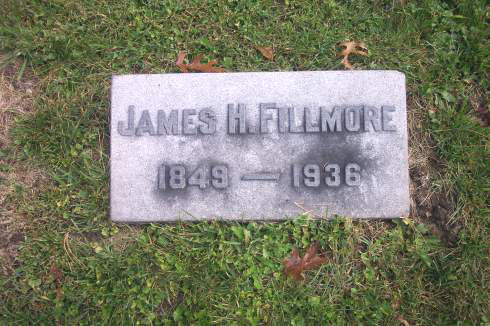 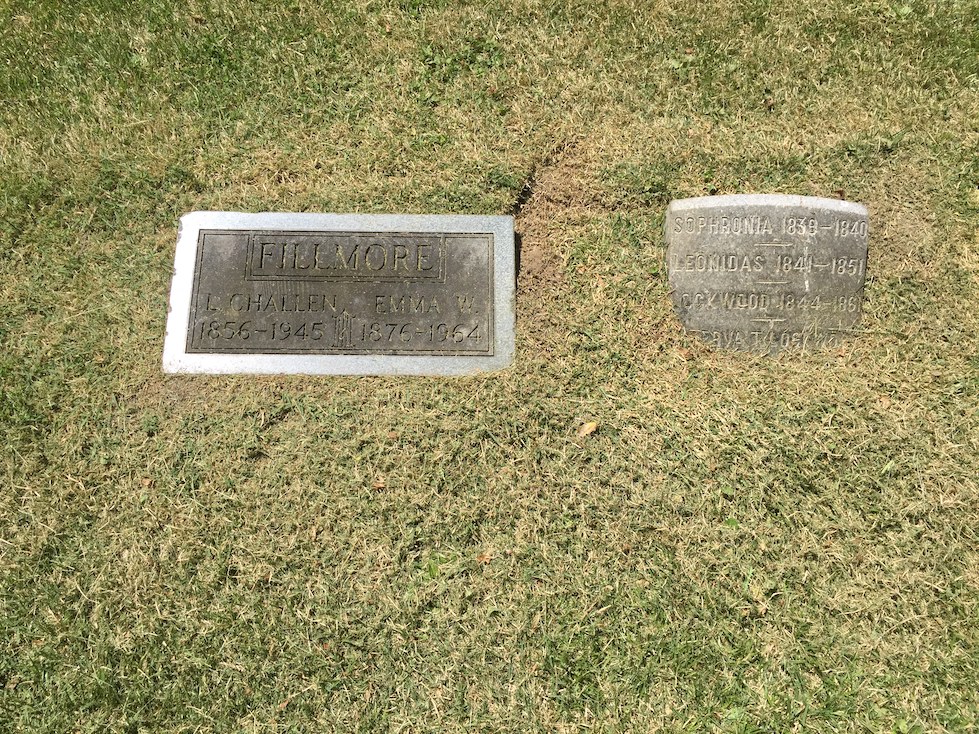 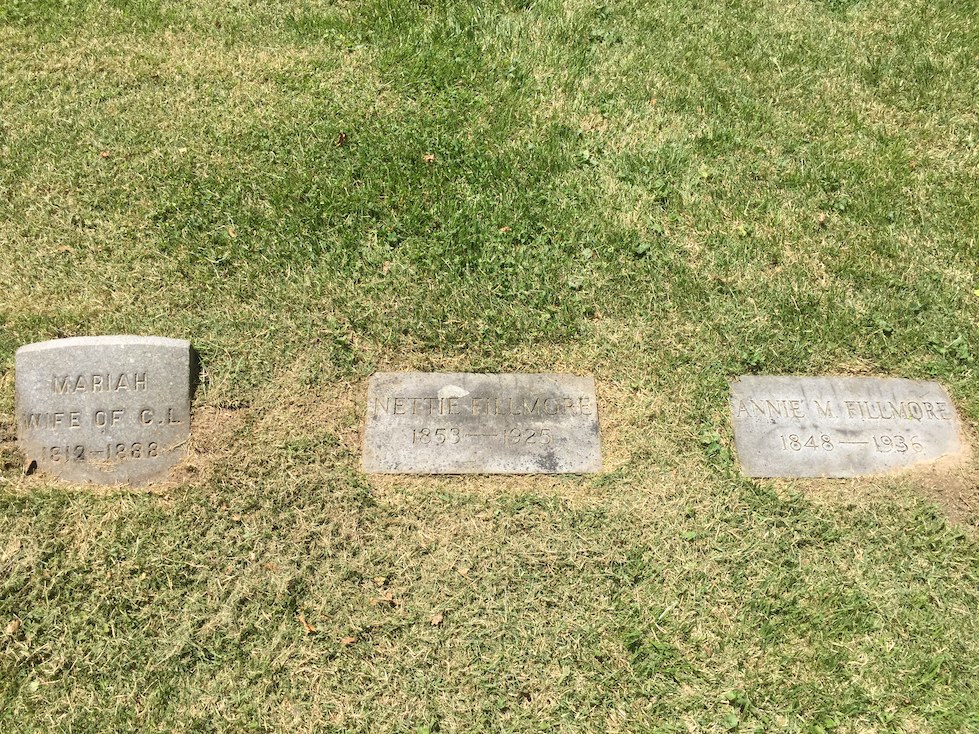 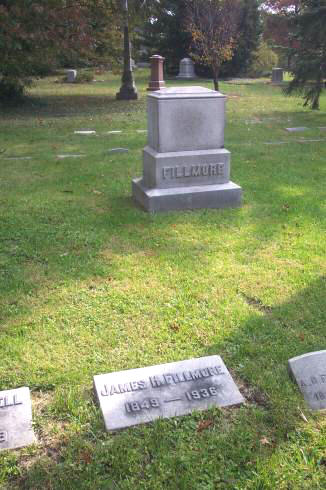 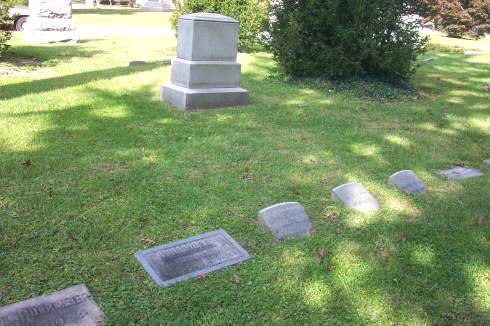 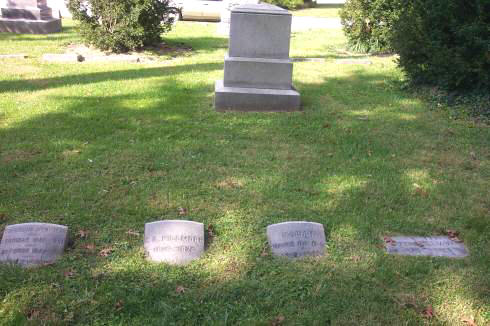